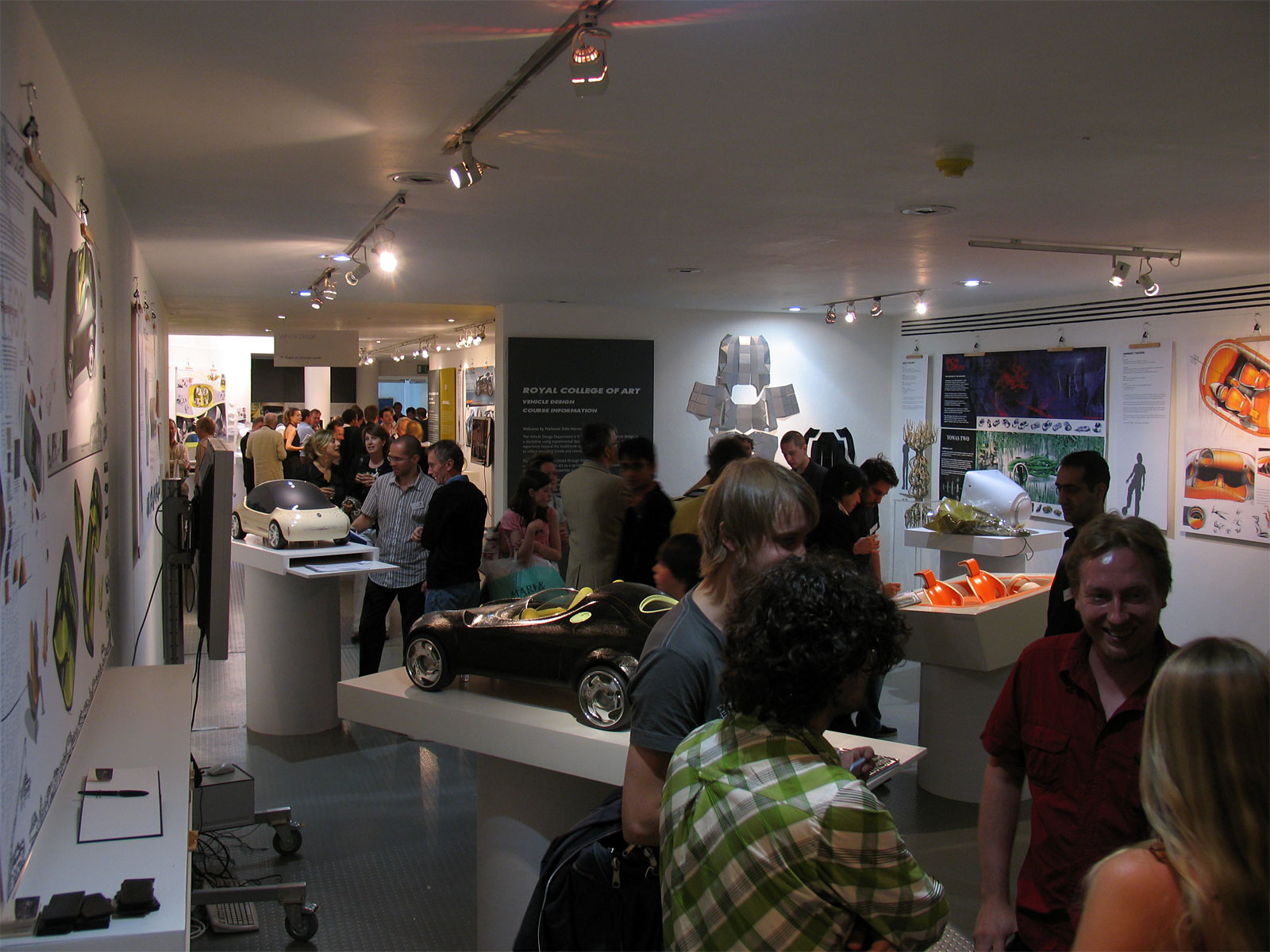 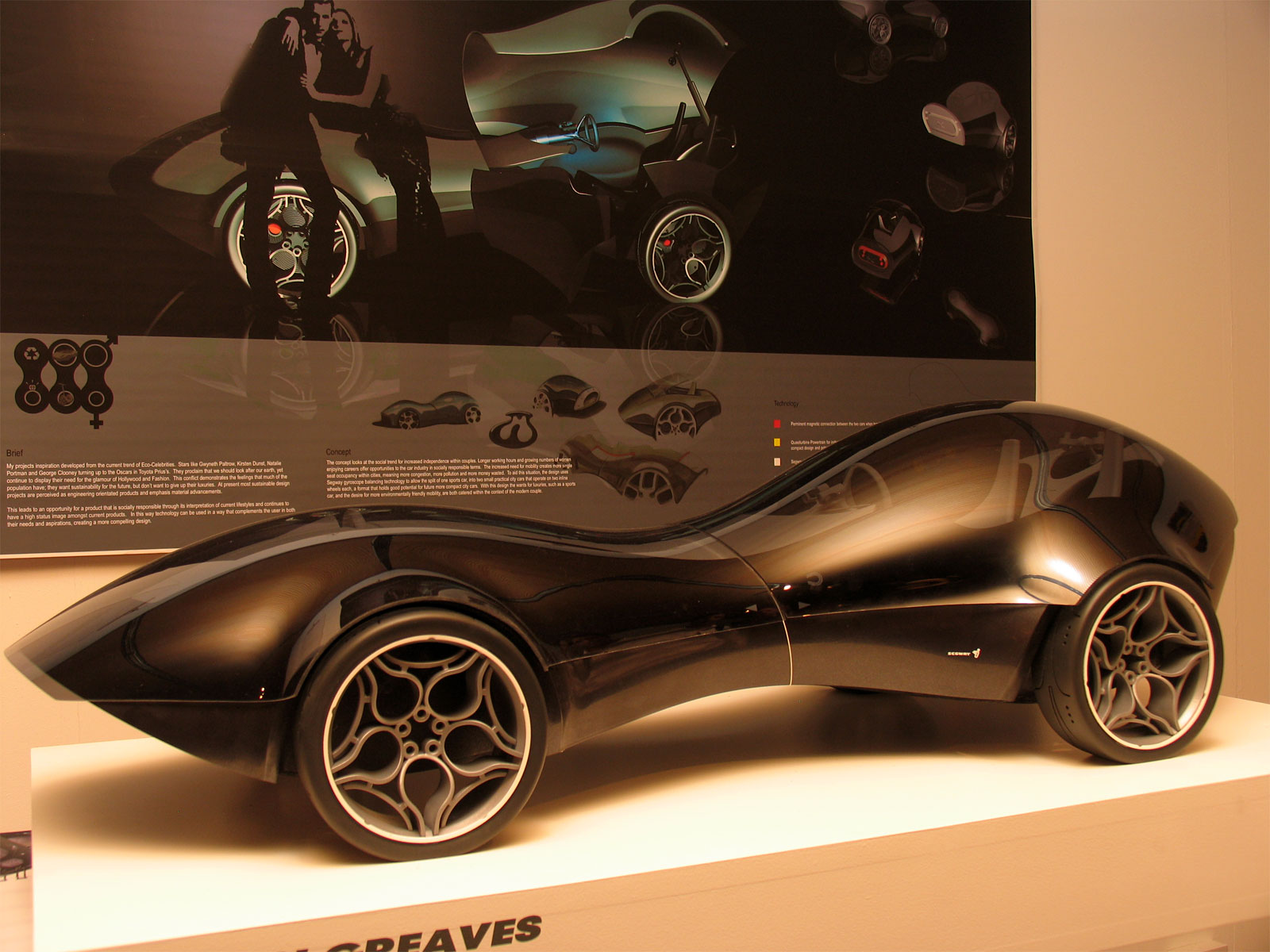 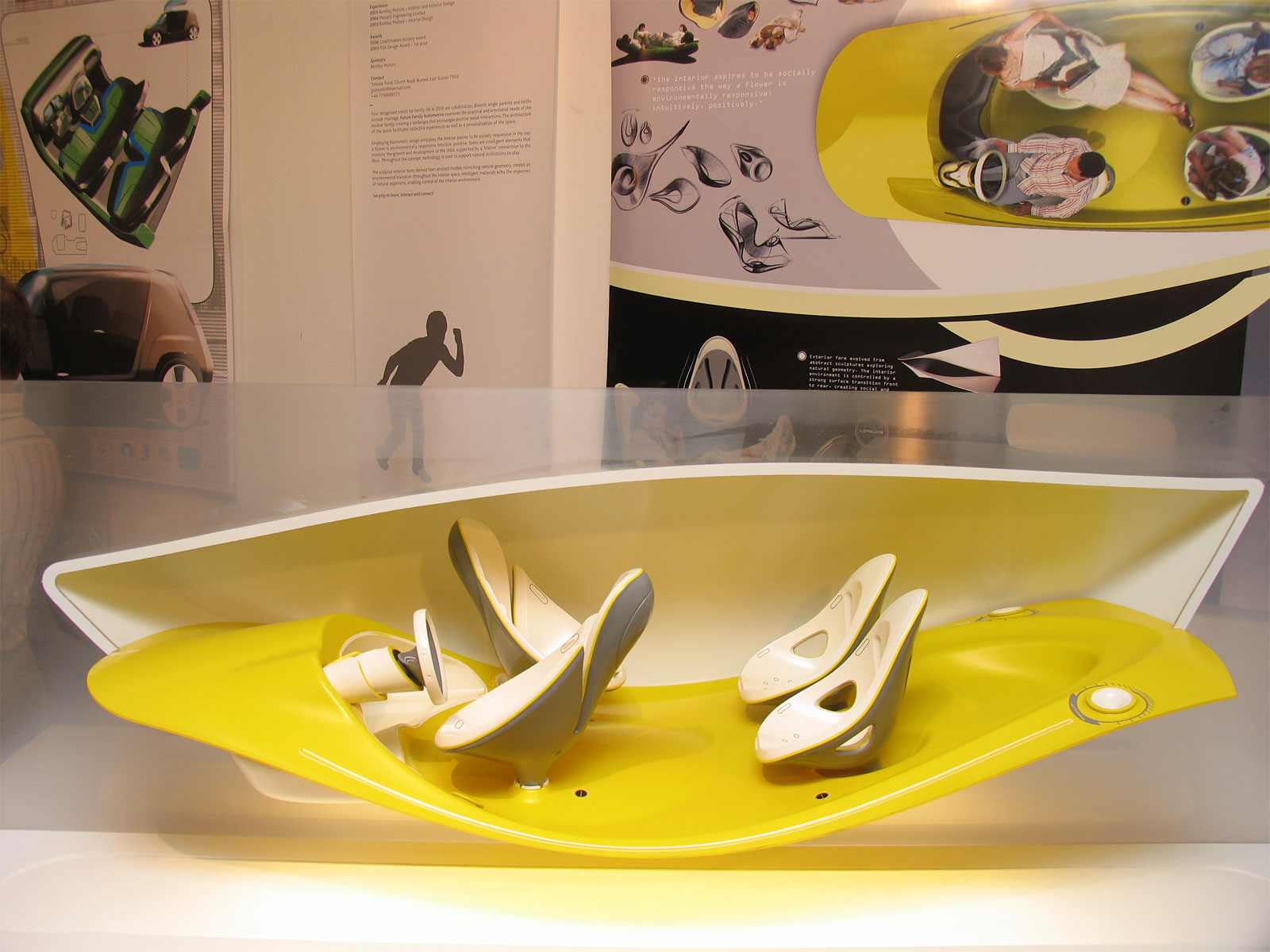 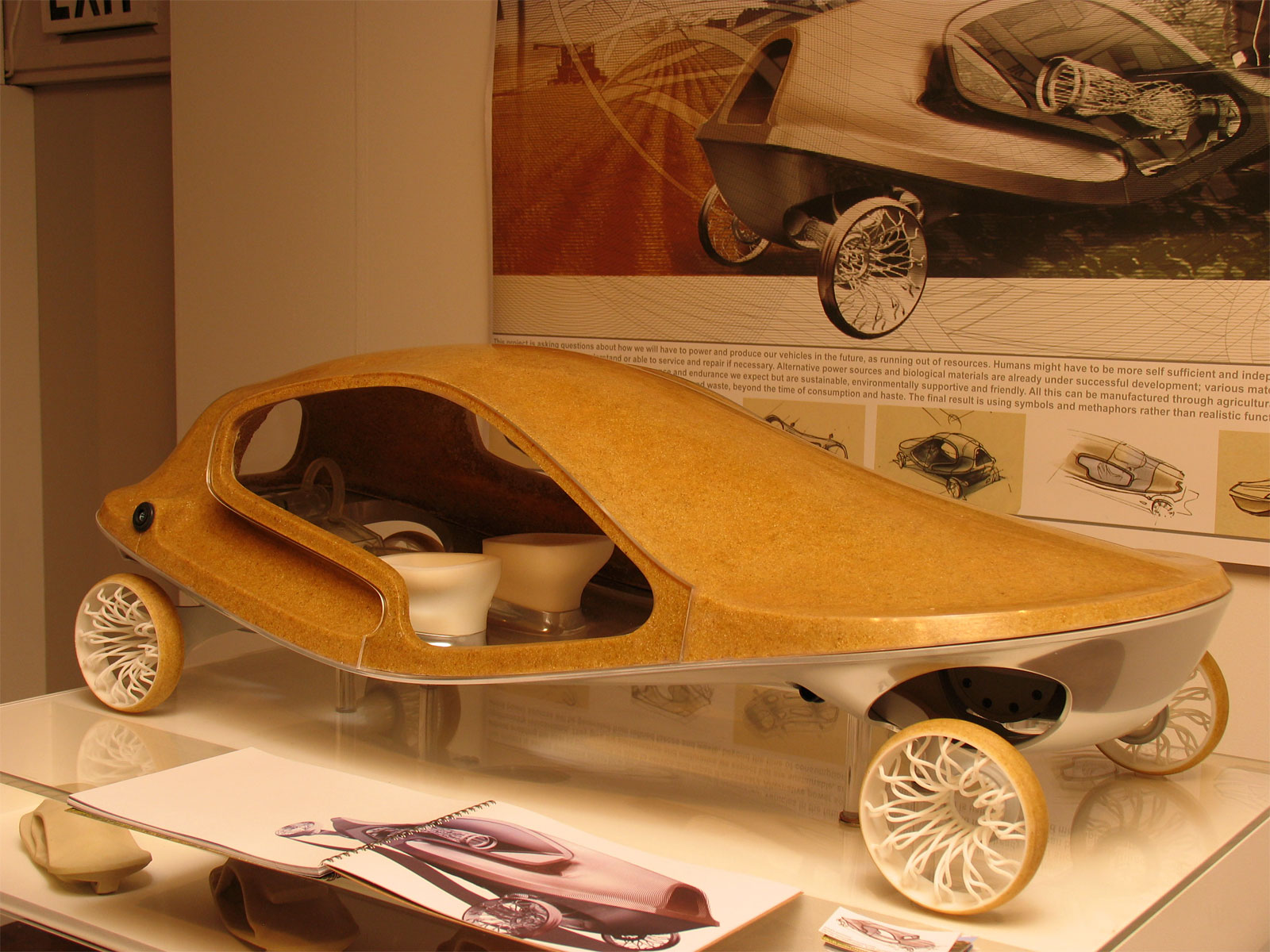 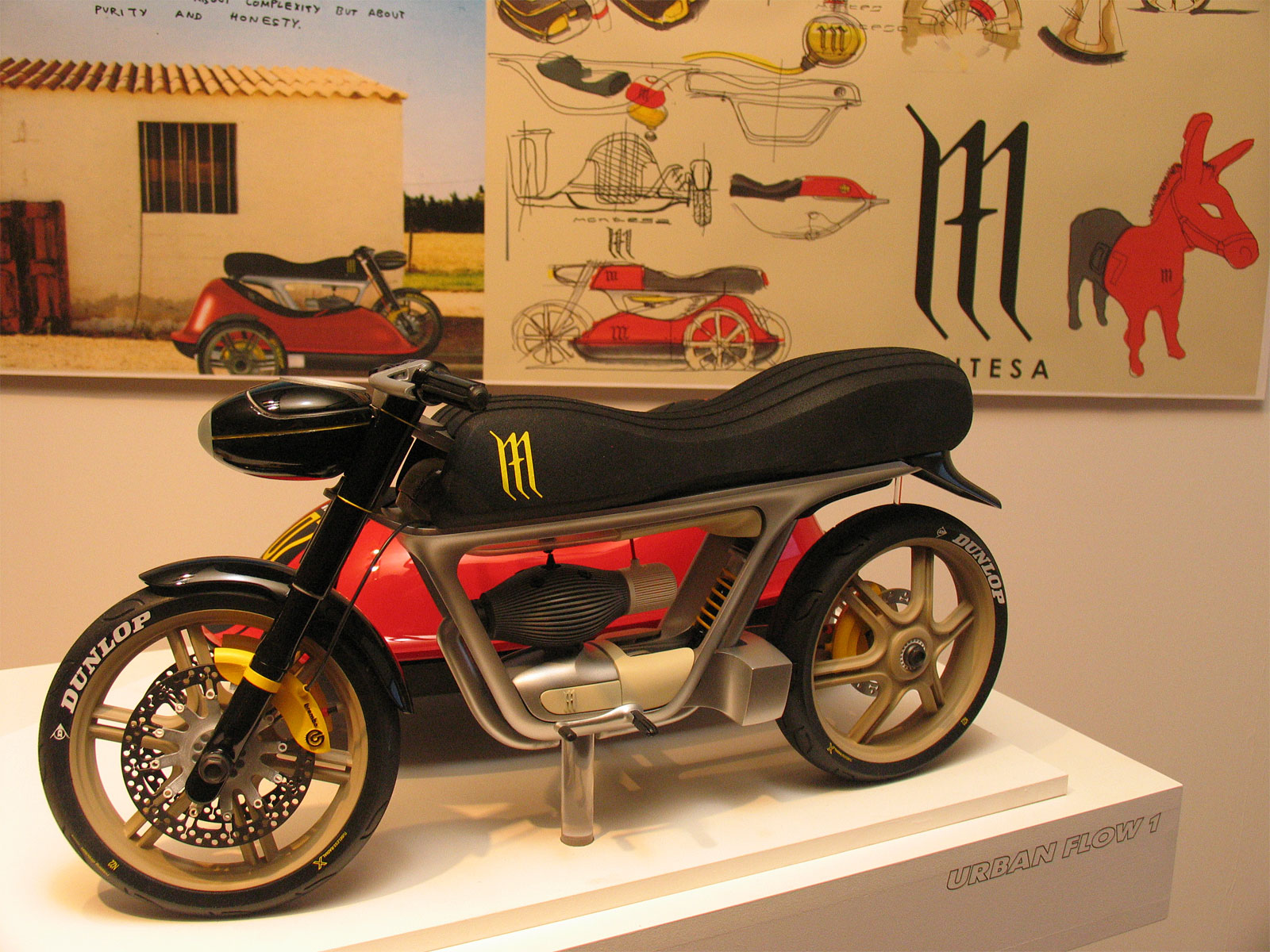 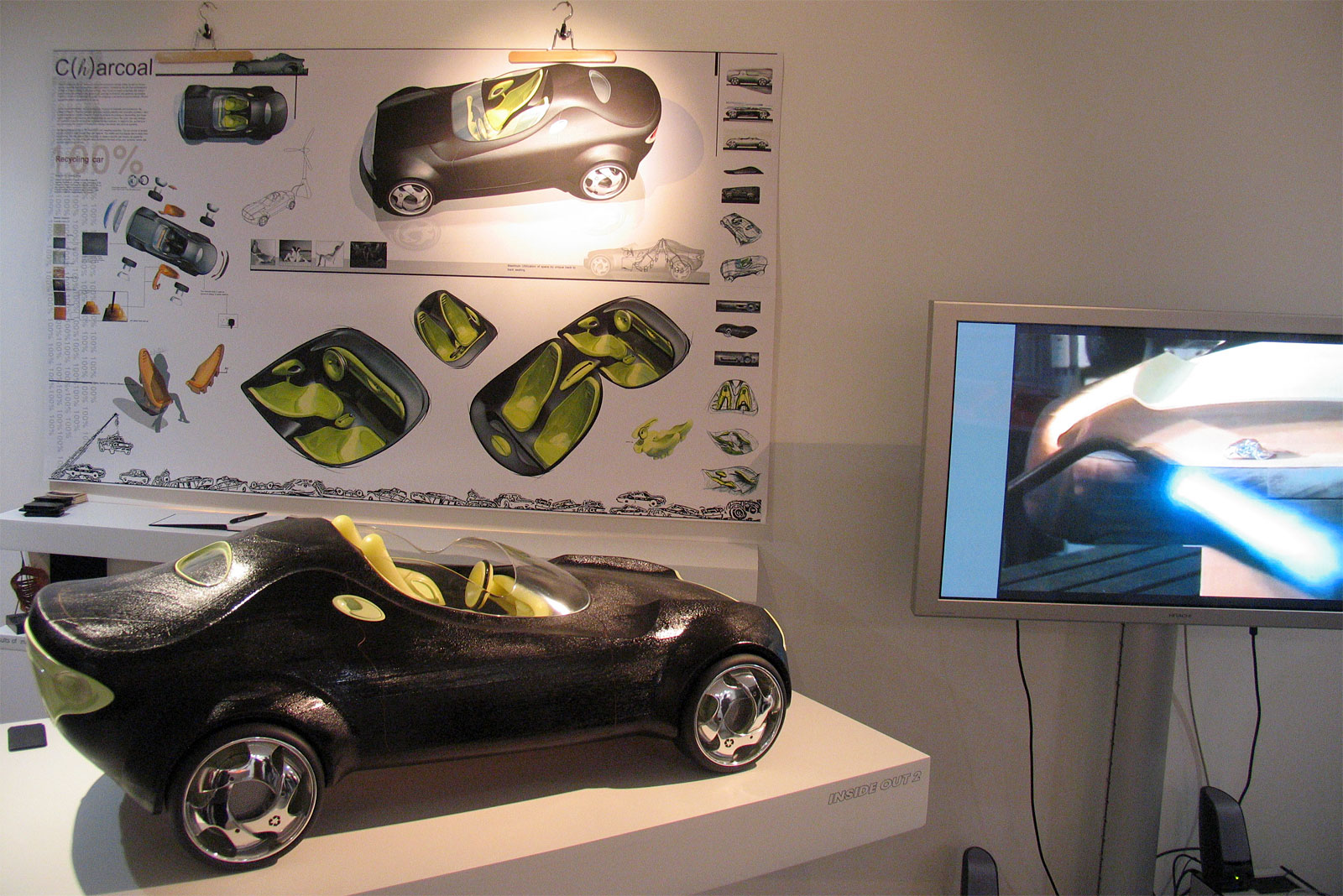 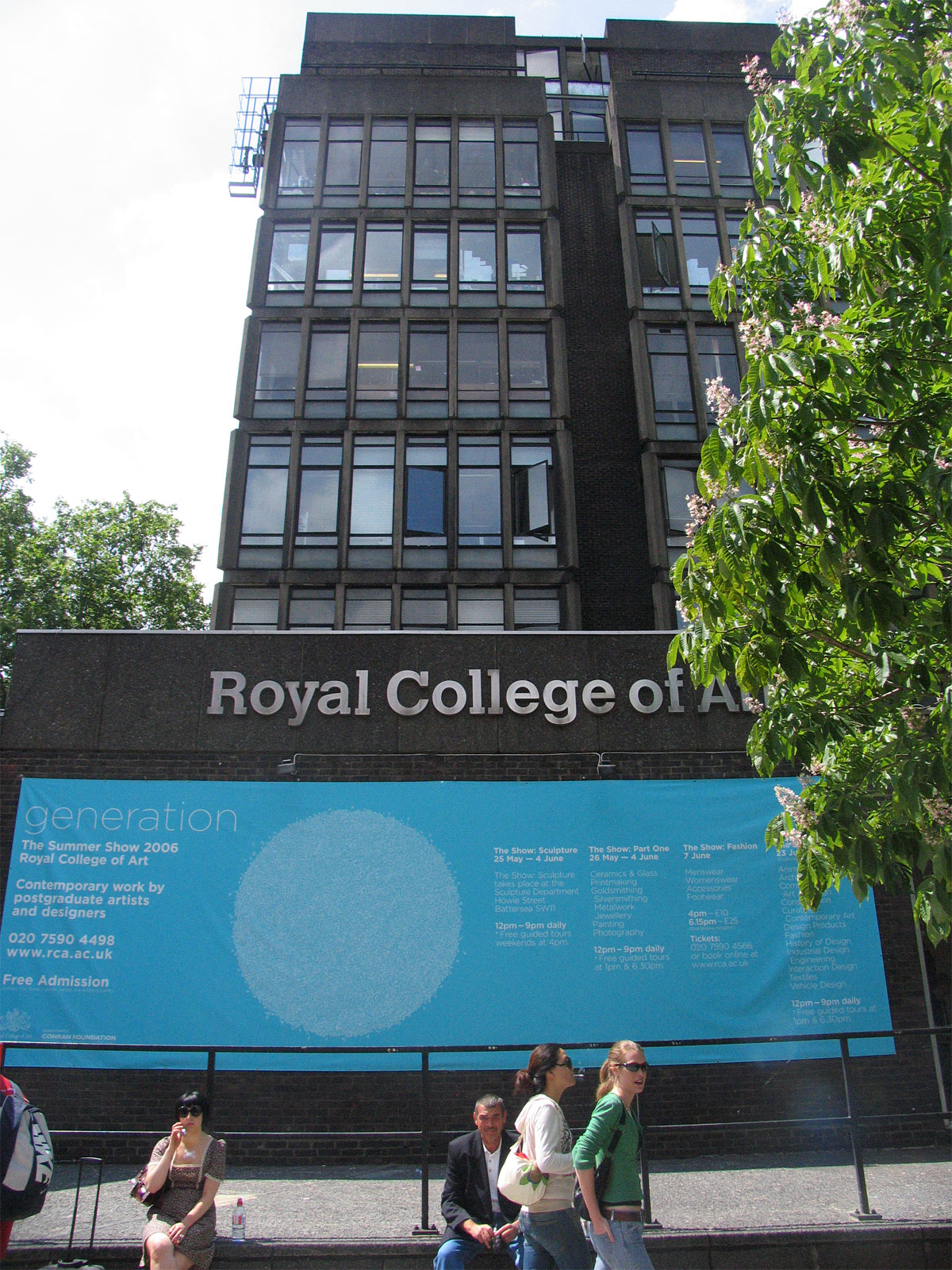 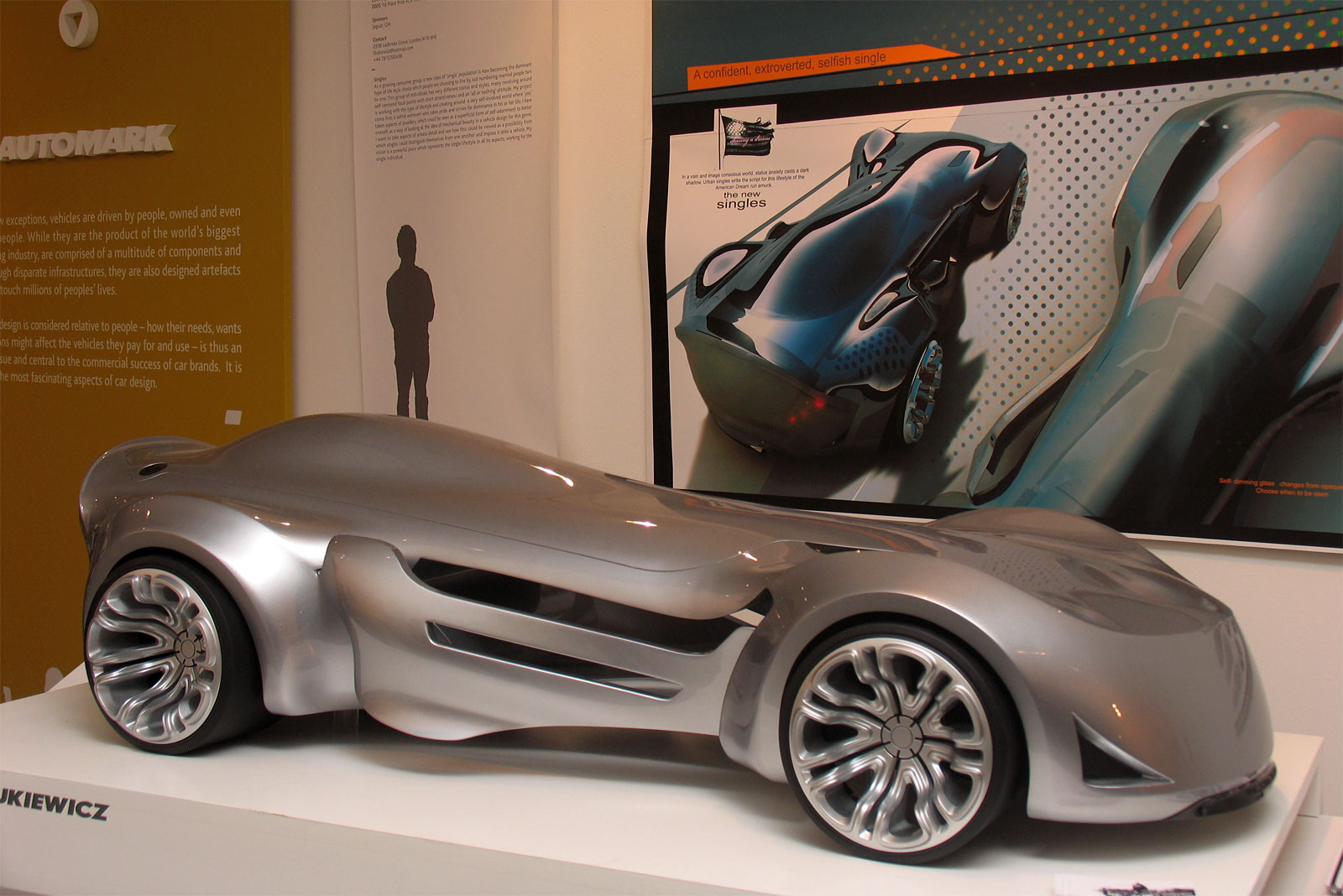 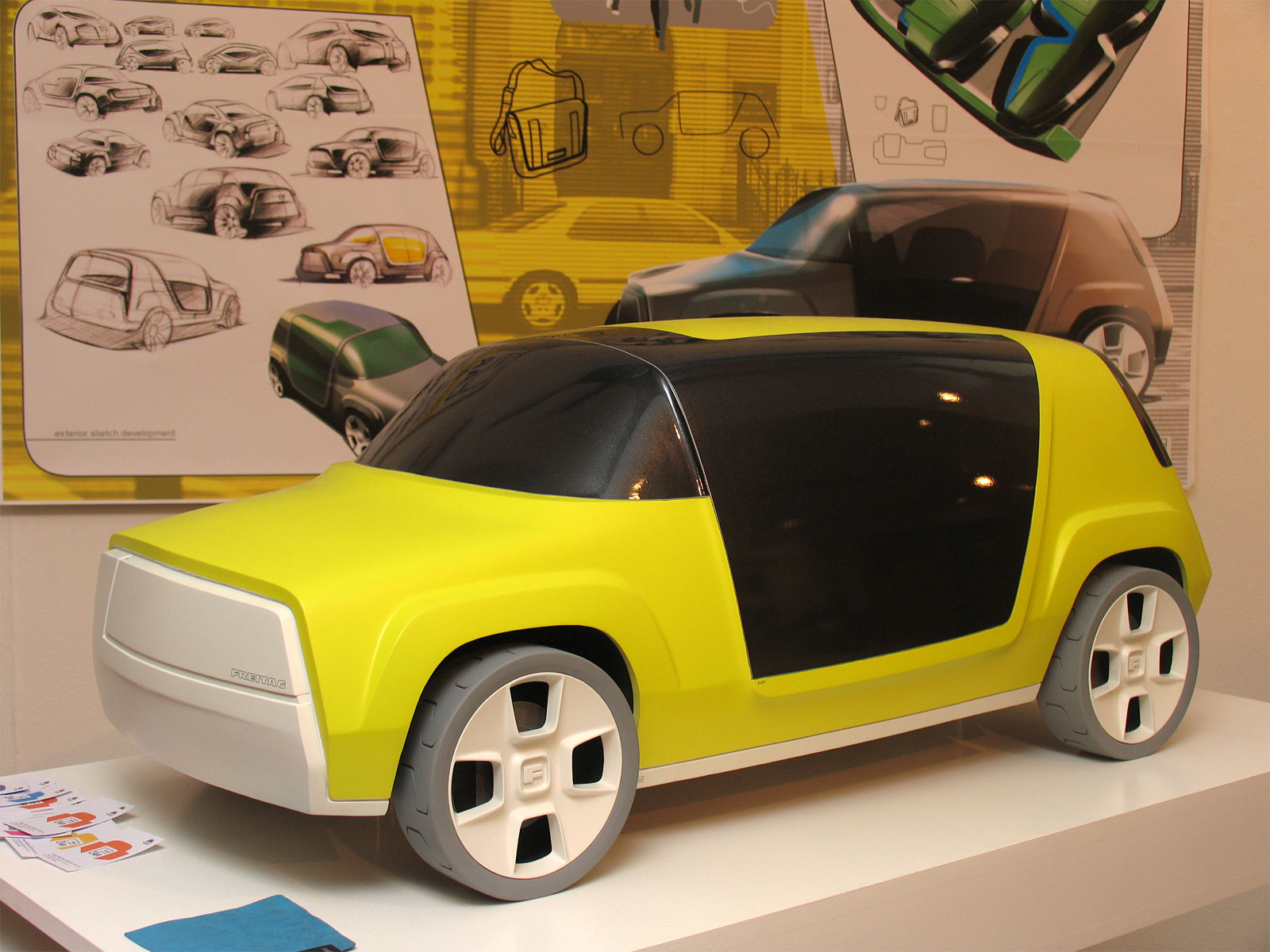 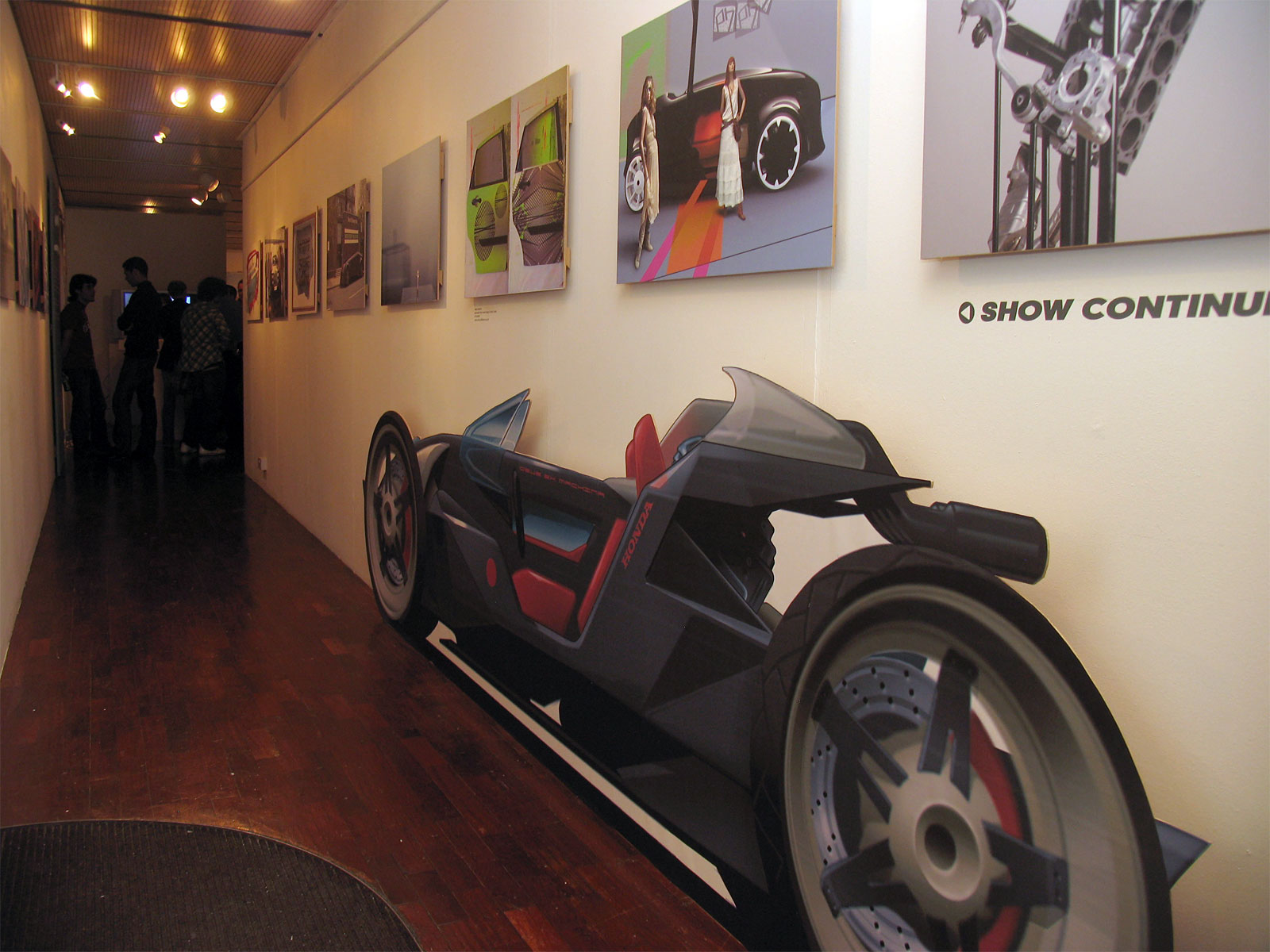 Simon Greaves won the award for Most Innovative use of Glazing for his modern family sports car Chopster, which splits to create two modular city cars.  Simon explains the inspiration behind his design: "The modern couple is developing in popularity with increased emphasis on career over family. They have a greater element of independence within the relationship so I took the opportunity to develop an aspirational vehicle for the modern couple that can split in two for city driving. I wanted to achieve a strong and superior finish which can only be given by glass." Earl Beckles explained the judges reasons for choosing Simon's design: "Despite the sound of its name, the Chopster concept is an incredibly seductive vehicle. Simon had also done extensive research to make sure the use of such a large glass area would be feasible, using variable transmission to turn the glazed areas of the vehicle opaque, ensuring occupant protection from the heat."

Jonathan Punter was awarded the Best Design Interpretation Award for Daedalus, a future family automotive interior. Jonathan explains the ideas behind his winning concept: "Daedalus is a future family automotive project where I have created an interior that allows collective experiences as well as personalisation of space.  It also mimicks intelligent natural responses, so that is responds to the changing environment and emotions of the vehicle's occupants." David Wilkie explained "What struck all of the judges was the overall effect of the development and research Jonathan had done, creating a new environment for a family to live in the vehicle. It isn't just a car but a space to be in. We were also impressed with the use of a full glass panel down the side of the vehicle using electrochromic technology for both privacy and tint."

Commendations also went to Johan Jonsson from Sweden for his environmental vehicle 'Post-consumption', Ramon Torrent from Spain for his motorbike and side car 'Donkey Power', and Zoo Park from Korea for the use of light and glass in her Reality concept.

Johan Jonsson's striking 'Post Consumption' project was a search to find alternative methods of powering and producing vehicles. In a world with dwinding resources, people might have to be more self-sufficient and independent. Materials such as hemp corn, flax, aluminium, soy, waste, coconut husks can be used, reused and continuously reincarnated. They give the performance and endurance we expect but are sustainable, environmentally supportive and friendly. This can be manufactured through agricultural processing, where humans and machines are living in a symbiosis as a part of an ecological system. The final design shown uses symbols and metaphors, in a rather humourous way, rather than realistic functionality to communicate the concept and ideas.

Ramon Torrent's project looks at a new approach to a leisure motorcycle based on a classic Spanish utilitarian design. In a country where cultural obscelesence occurs at a much slower rate than technological obsolesence, industry is losing its market to emerging economies. Montesa is a Spanish brand that produced road and mountain bikes, but Japanese brands captured the market. What was left was a market for leisure in the mountains. A company that produced everyday working tools became smaller and could only keep the leisure market, Ramon used the donkey as a parody, to show that the use of an obsolete technology in our present life can not only be more honest and undrstandable, but more healthy and reliable for the end-user.

Shlomy Abu-Nakhla chose to concentrate on designing a car that is environmentally as efficient as possible, without compromising its styling. Living in today's world, it's hard to ignore the environmental damage being caused by human activity, especially that of greenhouse effect and waste. Environmental friendliness can be achieved by focusing on materials and architecture. The guiding principle in choosing materials was their multiple usability and recyclable qualities. As few materials as possible were used, to facilitate the process of dismantling, with natural materials used that could be transformed after the end of the car's lifecycle into coal(energy), and recyclable materials that could be reused as raw materials. The styling language is led by the construction and material properties. The car consists of several large units, each one made entirely from one material, the largest made from burned wood. The idea behind this choice was to create a specific new texture not typical for modern vehicles. The lines of burned wood emphasise the cars' surfaces, which until now have been merely smooth.