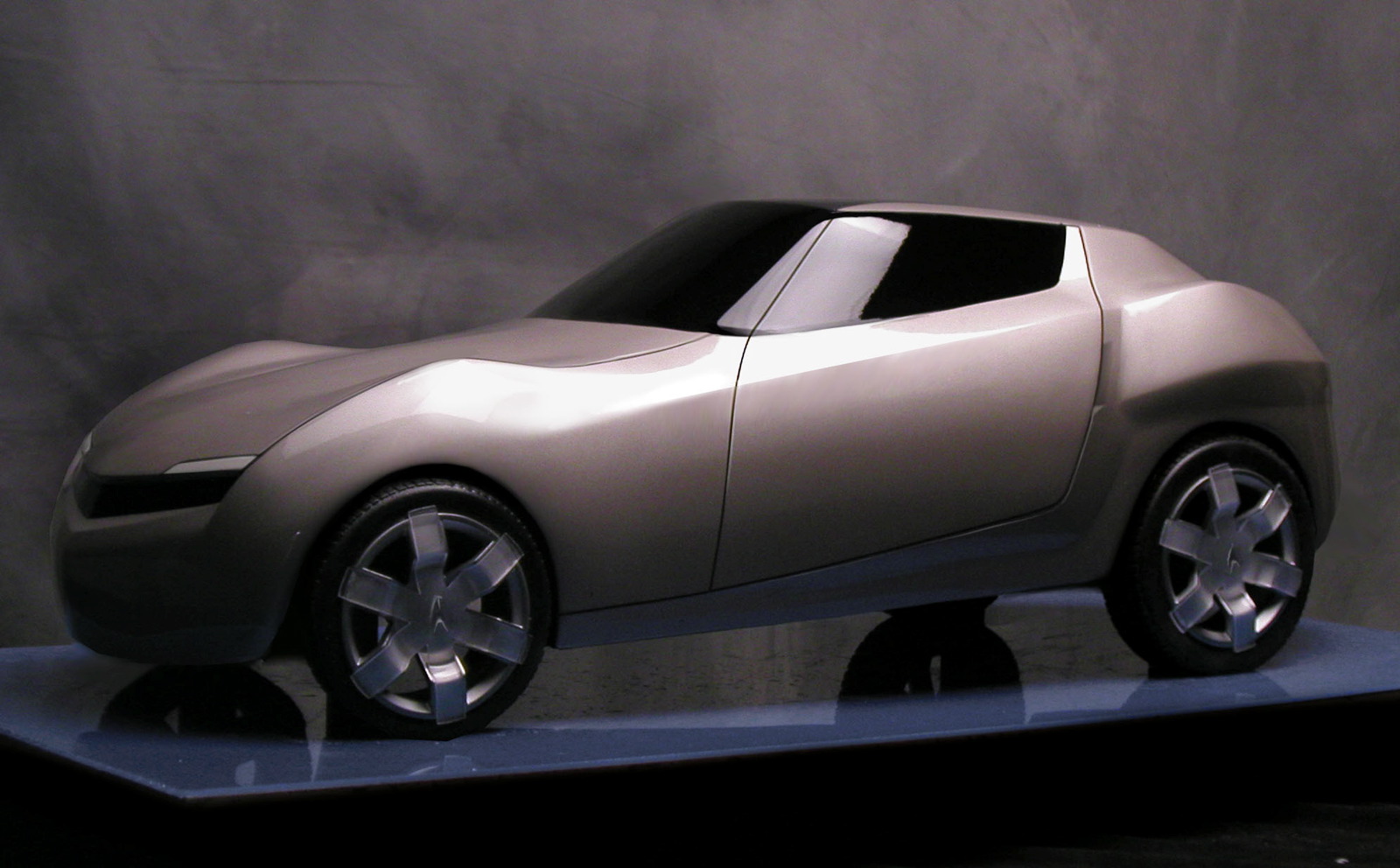 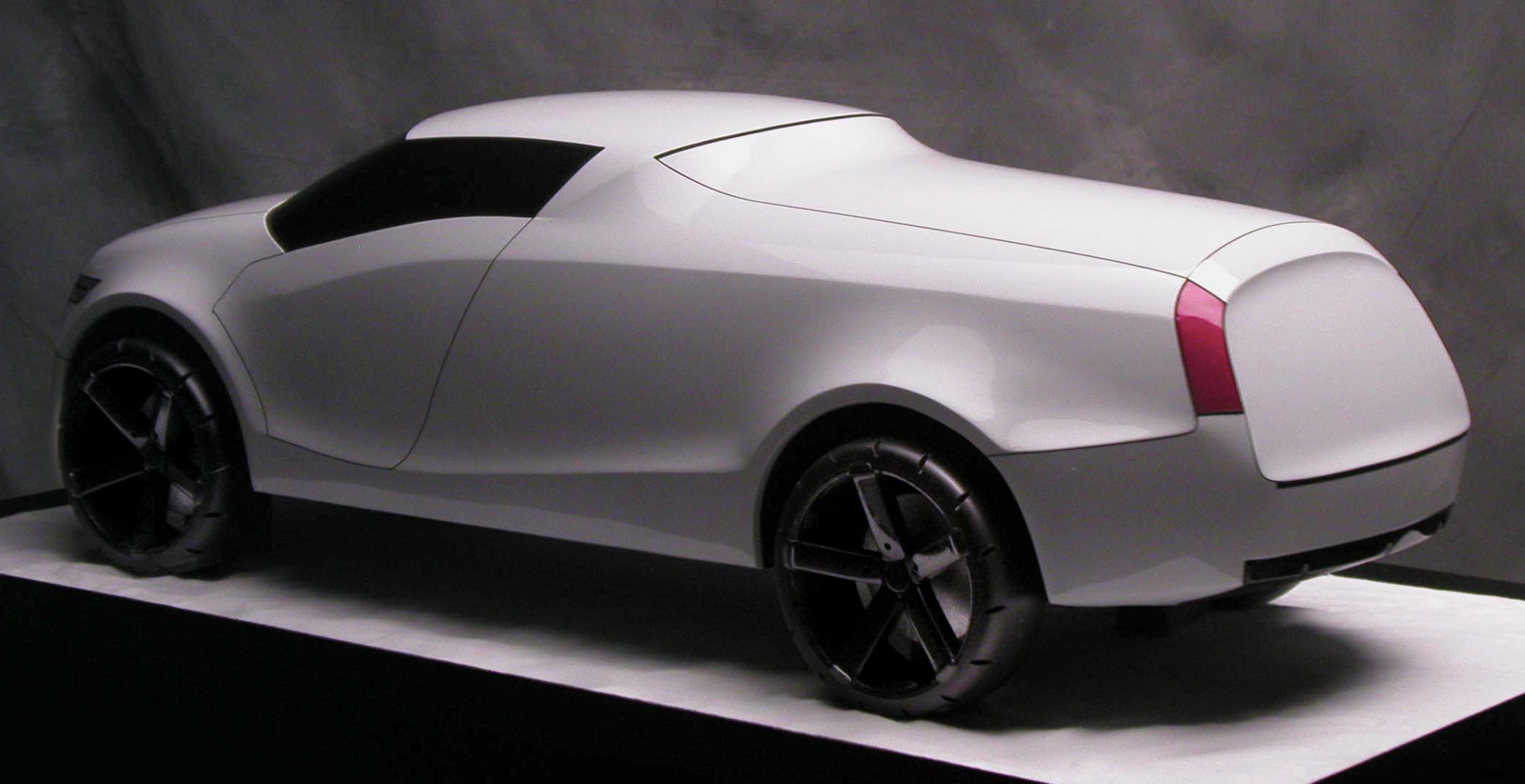 The University of Cincinnati (UC) Transportation Design Studio displayed two projects over the summer. Sponsored by Acura and DaimlerChrysler, the projects consisted of two ten-week quarters divided by professional practice. The first quarter of the projects involved 2D exterior theme development of a diverse range of crossover vehicles for the year 2015. Having conducted research on specific target markets and benchmarked existing competitors, students generated sketches and renderings before selecting a final design proposal. The second quarter focused on modelling fifth-scale clays with a hard coat finish. 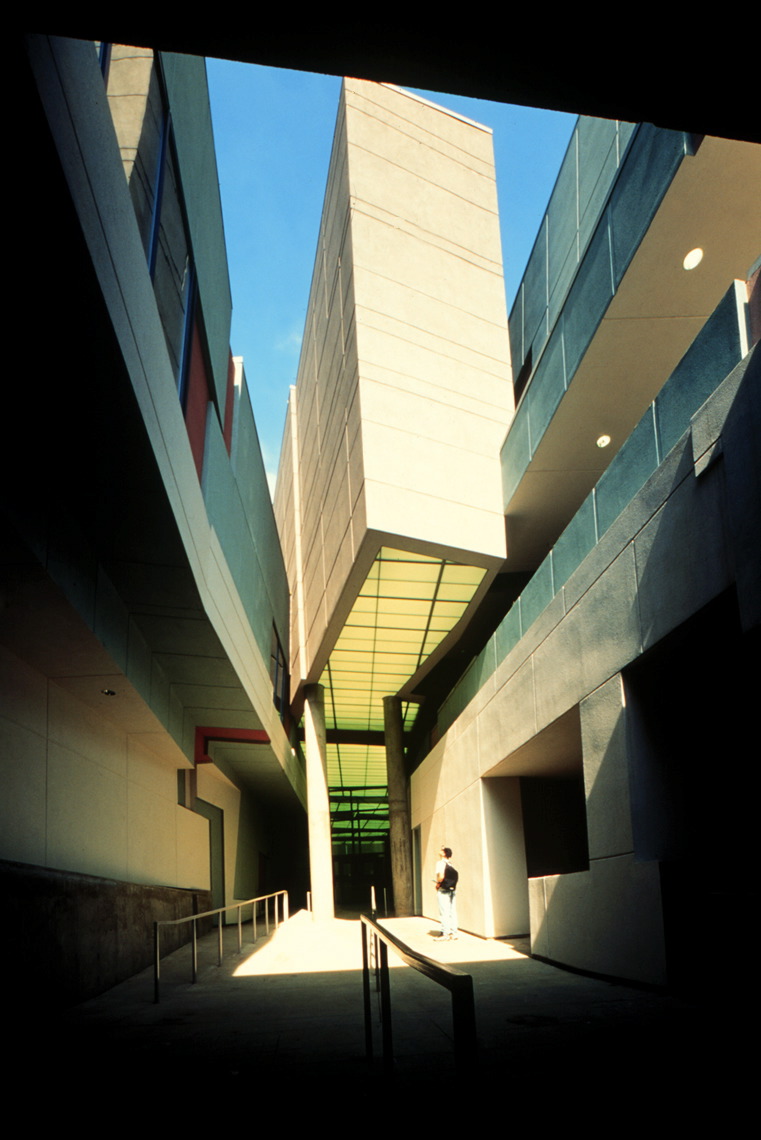 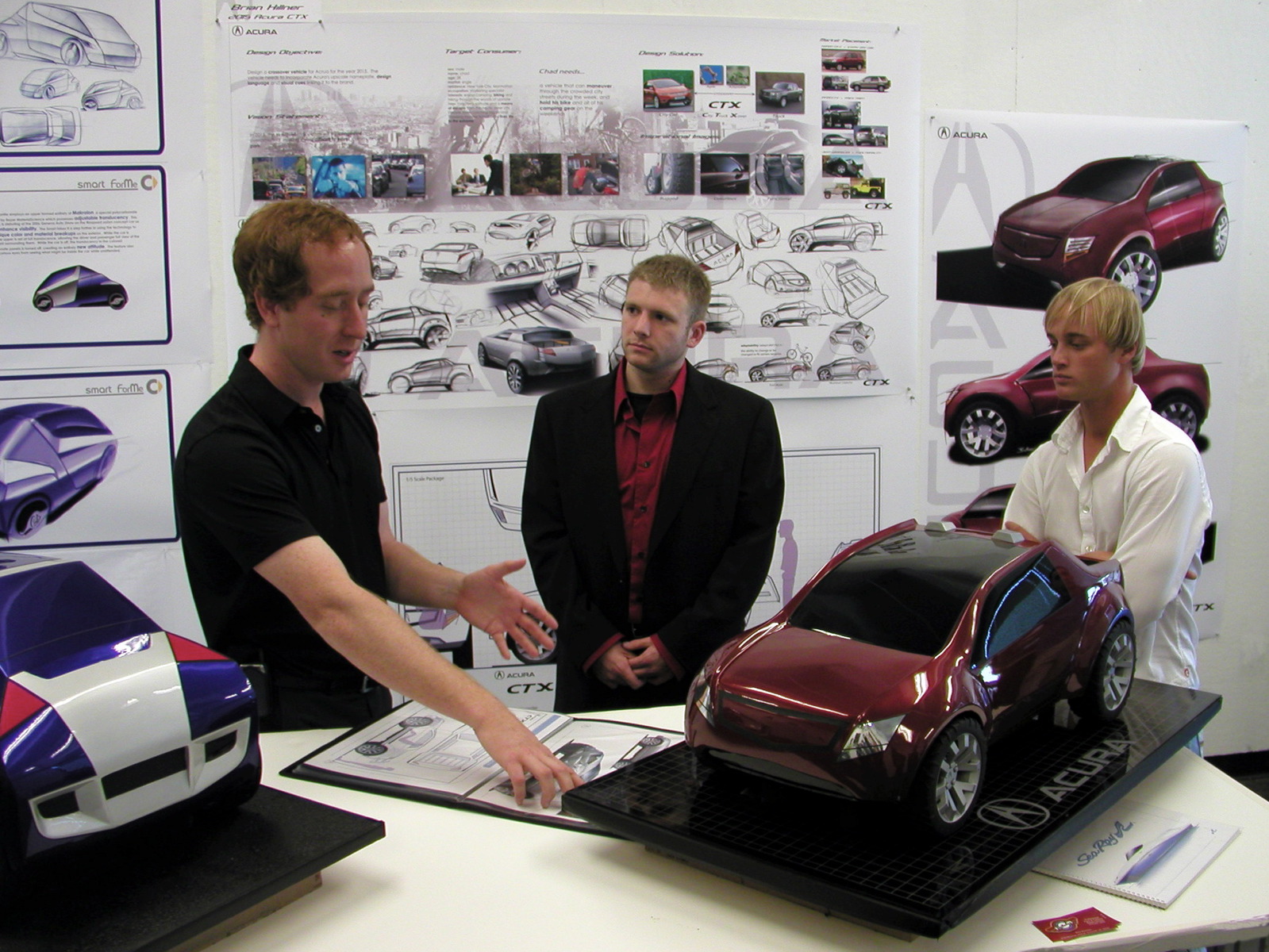 "The stone had the stillness of one brief moment in battle when thrust meets thrust and the currents are held in a pause more dynamic than motion" - the words that ignite Ayn Rand's book 'The Fountainhead' also provide the impetus for Taryn Dyle's luxury crossover. The exterior extends Rand's opening to create a 'crisp form language with broad surfaces offset from one another... [and] because luxury is defined by the interior experience, the vehicle was designed from the inside out, both in terms of packaging and form language.

To capture the interest of the extreme sports market, Chrapla's project targets aggressive snowmobile users. The concept uses Honda-branded snowmobiles, which are packaged in the vehicle's flat-bed and sold together as a unit.

The FXX mixes ATV with sports car; with the cockpit low to the ground and close to the rear wheels for a kart-like feel. It features an axle-free fuel cell drivetrain, and is designed for roads like the Pacific Coast Highway, offering escapism by becoming an extension of the driver.

The Acura TSC is a crossover vehicle influenced by sports cars and trucks.  It takes the functionality of a truck - the 'toss anything in it, get it dirty, drive over anything mentality' -and mixes it with the style and performance of a sports car.  The TSC is similar in size and stance to an Audi Allroad, but is wider and more performance oriented.  This crossover features unique front and rear graphics, with bevelled edges on the glass.