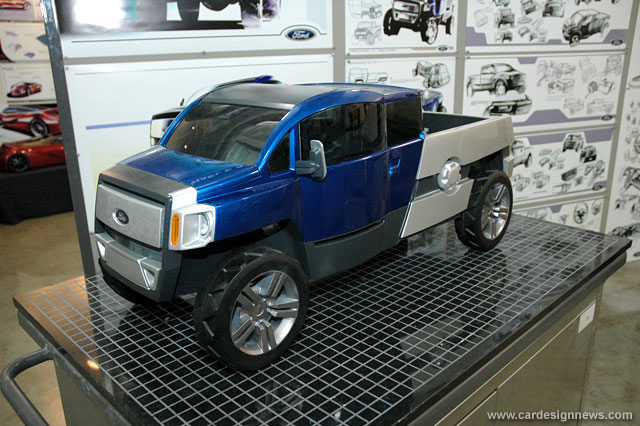 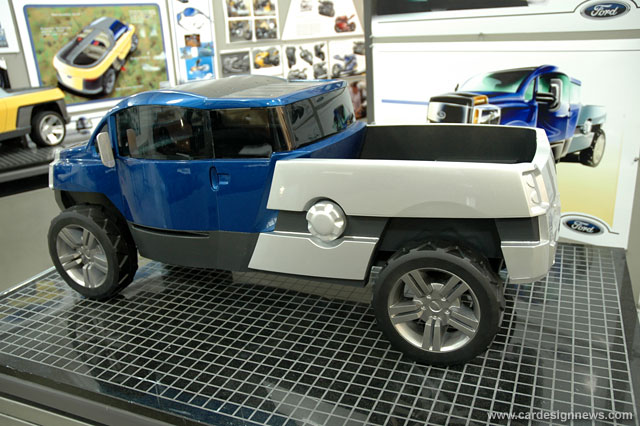 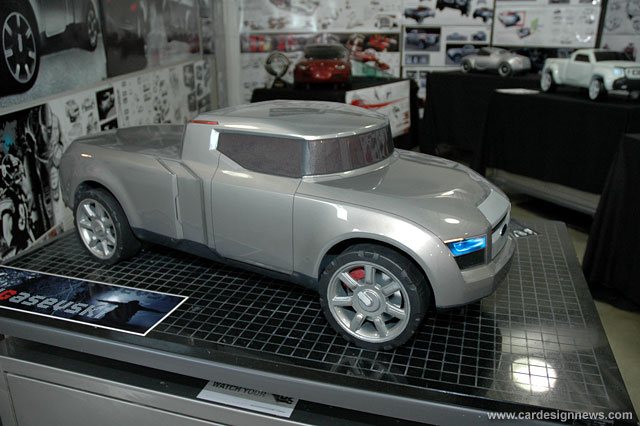 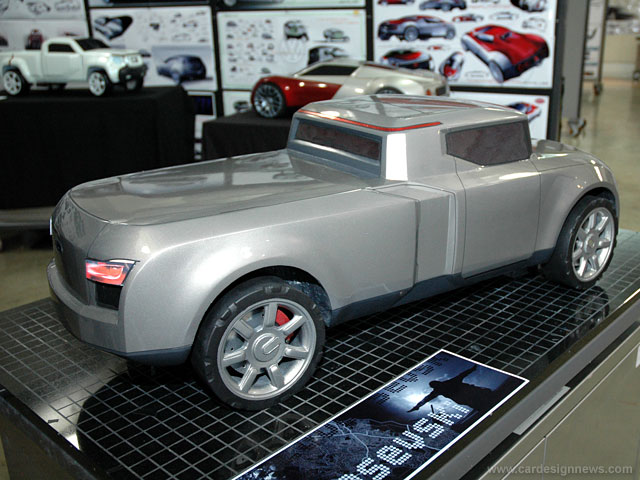 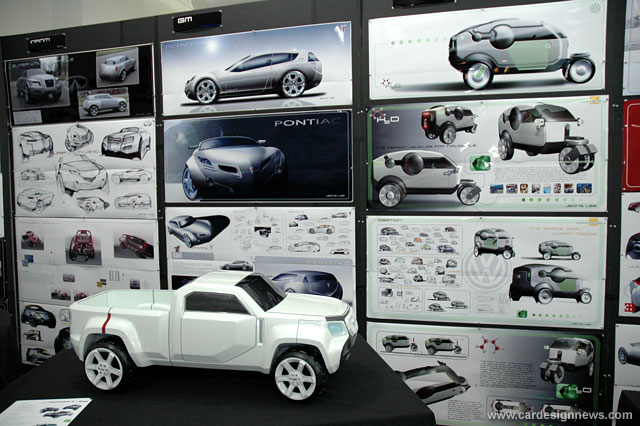 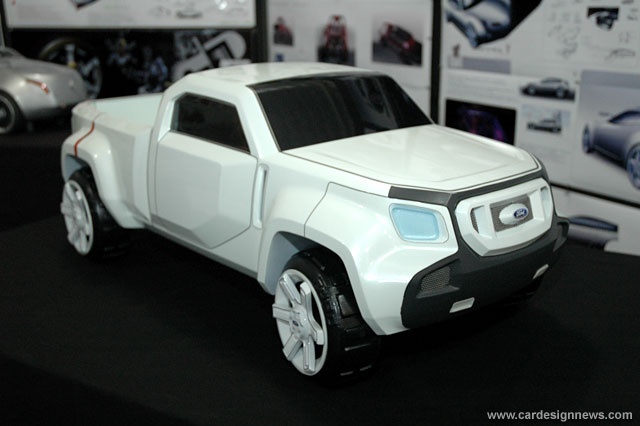 Amidst tumultuous times for many of the Detroit-based automotive OEM's and suppliers, the College for Creative Studies, one of the world's leading schools for automotive designers, has turned out yet another group of talented graduates.

A whopping 22 senior transportation design graduates had their work showcased in the college's Walter B. Ford II Building during the CCS Student Exhibition May 14-27.

As in the past, the senior thesis project was sponsored by the industry. This year, Ford stepped-up to play that role, defining the project scope while also providing assistance in both monetary form and technical support. The project was guided primarily by Chrysler designer Ralph Gilles, with support from Industrial Design Chair Bryon Fitzpatrick, and Ford staff members Ed Golden, Peter Horbury and Laurens van den Acker. The student's assignment was straightforward: Execute their vision for a 2010 Ford Ranger pickup. Though the current iteration breaks no new ground for it's market segment, the students were encouraged to push the boundaries. The result is a diverse range of possibilities, from the civilized to the extremely rugged and from extreme product design themes to contemporary, but traditional, automotive design.

Michael Gillam's concept is a very fresh combination of cabover, big-rig styling cues, Hummer-like off road stance and a large dose of product design influences. His concept is based on the idea of integrating the load bearing structure of the bed into the side rails, freeing up space to increase depth and overall carrying capacity. The silver colored structure is not only separate functionally, but also graphically offset from the dark colored cab area. Silver is use again at the front for the grille and headlight bezels in order to connect the two ends of the vehicle, These elements use powerful rectangular forms that not only convey a strong truck character, but also relate to the rear through a similar form language. Especially interesting are the solid grille center and triangular lower fascia details. The central cab divides the passenger/storage compartments by utilizing an arced form in plan view that emphasizes the front area. This allows extra interior room, better safety and the visual breakup of the slab-sided exterior. However this execution slightly clutters the overall design and may reduce rear occupant headroom.

At the heart of Lou Gasevski's proposal is the notion of American-style football, and it's values, as a metaphor for a market segment that has emerged in post 9/11 US. He boils this philosophy down to two words: 'Elegant Violence'. Translated into his Ranger proposal, this means a simple, slab lower bodyside, topped by faceted/arced front and rear treatments. A major aesthetic influence is the football helmet, with it's slit-like eye opening and protective 'cage' at the front. This is most prevalent in the cab, which features a narrow DLO, upright wrap-around windshield and thick B-pillar area that convey immense strength and protectiveness. The front hood and grille area abstract the cage idea with its strong horizontal bar elements and protruding 'chin' in the bumper area. The bright blue headlights provide a distinct accent from the rest of the dark silver tones on Lou's proposal. At the back of the bed, the chamfered upper surface arcs across the tailgate, mimicking the roundness of a helmet. Here too the lighting contrasts sharply with it's surroundings. If you needed a vehicle to transport you around Los Angeles as well as Baghdad, this would certainly be one to consider.

The element that stands out most when you first lay eyes on Jeong Lee's Ranger proposal are the strongly faceted surfaces. Most prominent in the doors, the top of the cab and in the bed sides, they suggest the durability of industrial and military shipping containers. The overall stance and proportions of his vehicle are generally those of a conventional pickup. However, they are very much enhanced by the massive fender flares and brawny hood line. The dark gray front fascia forms a sideways 'H' which allows it to provide some protection on the upper corners, adjacent to the hood while also framing the contrasting grille elements. The rear tailgate incorporates a similar dark gray zone which has a removable portion useful for a variety of possible functions, including storage, as a cooler for picnicking or for tools. Details like headlights, taillights and the vertical underhood vents all use a recessed faceted look reminiscent of Ford's SYNus concept. One final feature of note is the location of the taillights/turn signals into a vertical strip midway along the bed. This has obvious benefits to traffic not directly behind, especially motorists and pedestrians who are alongside the vehicle.