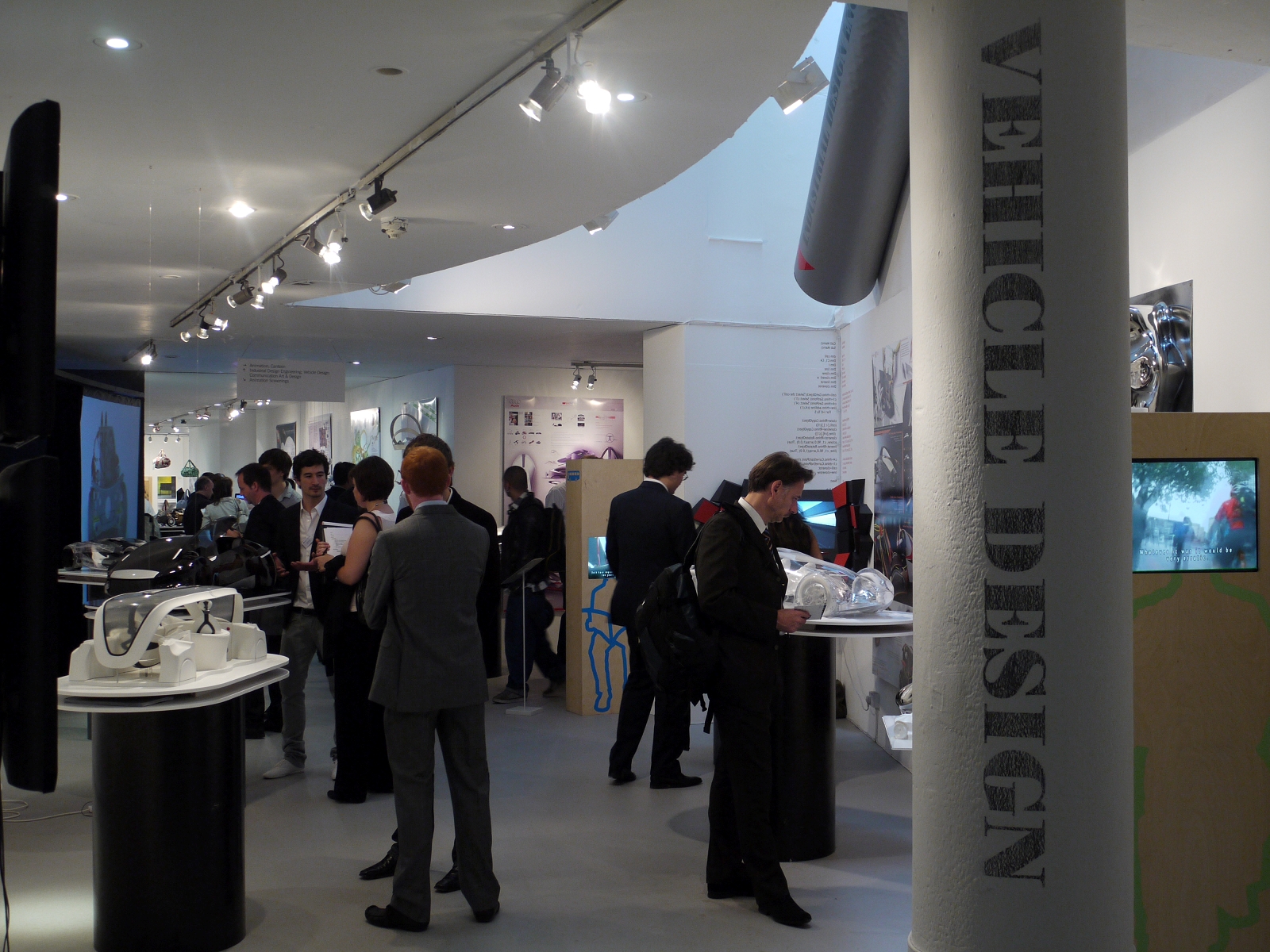 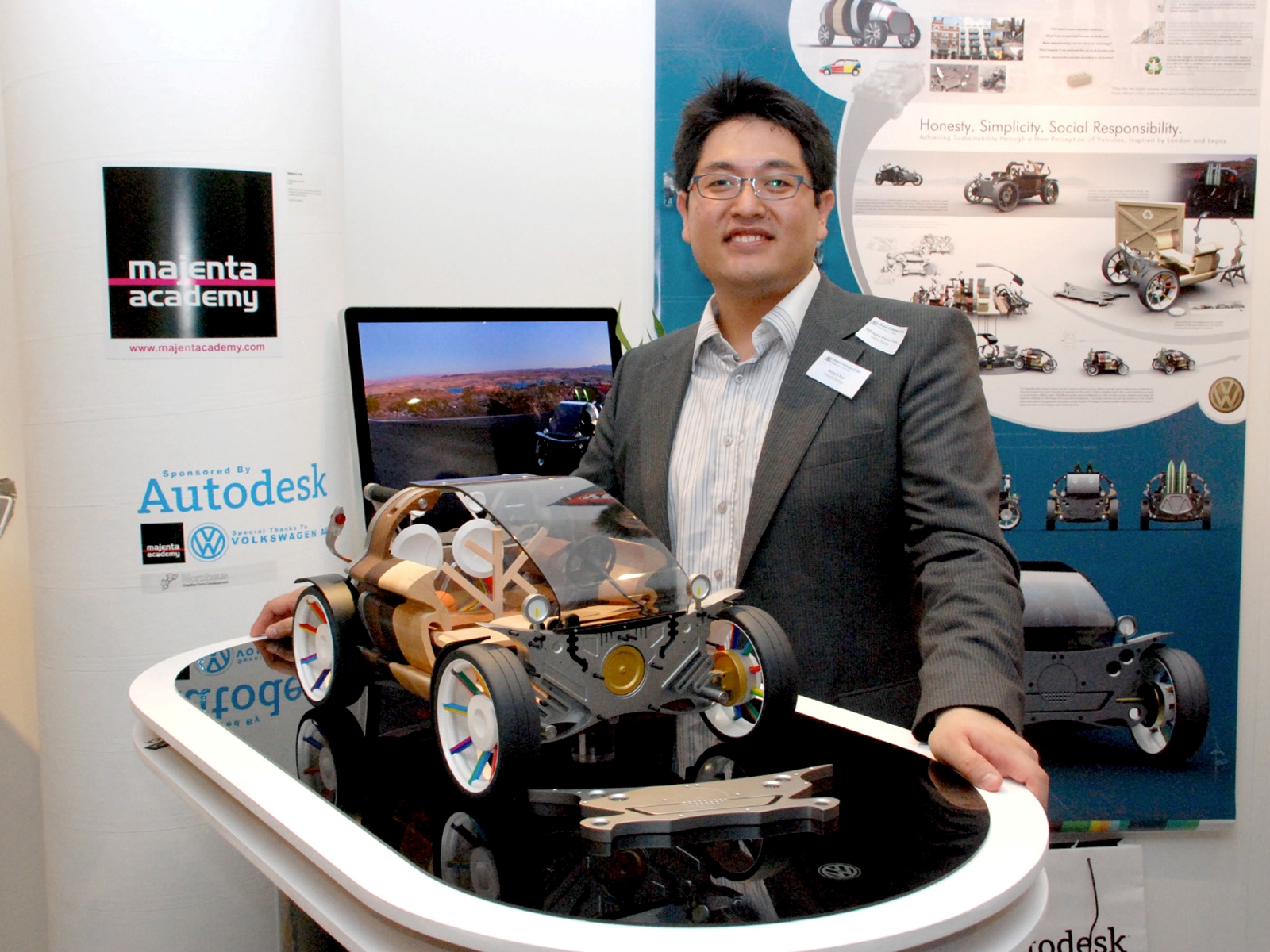 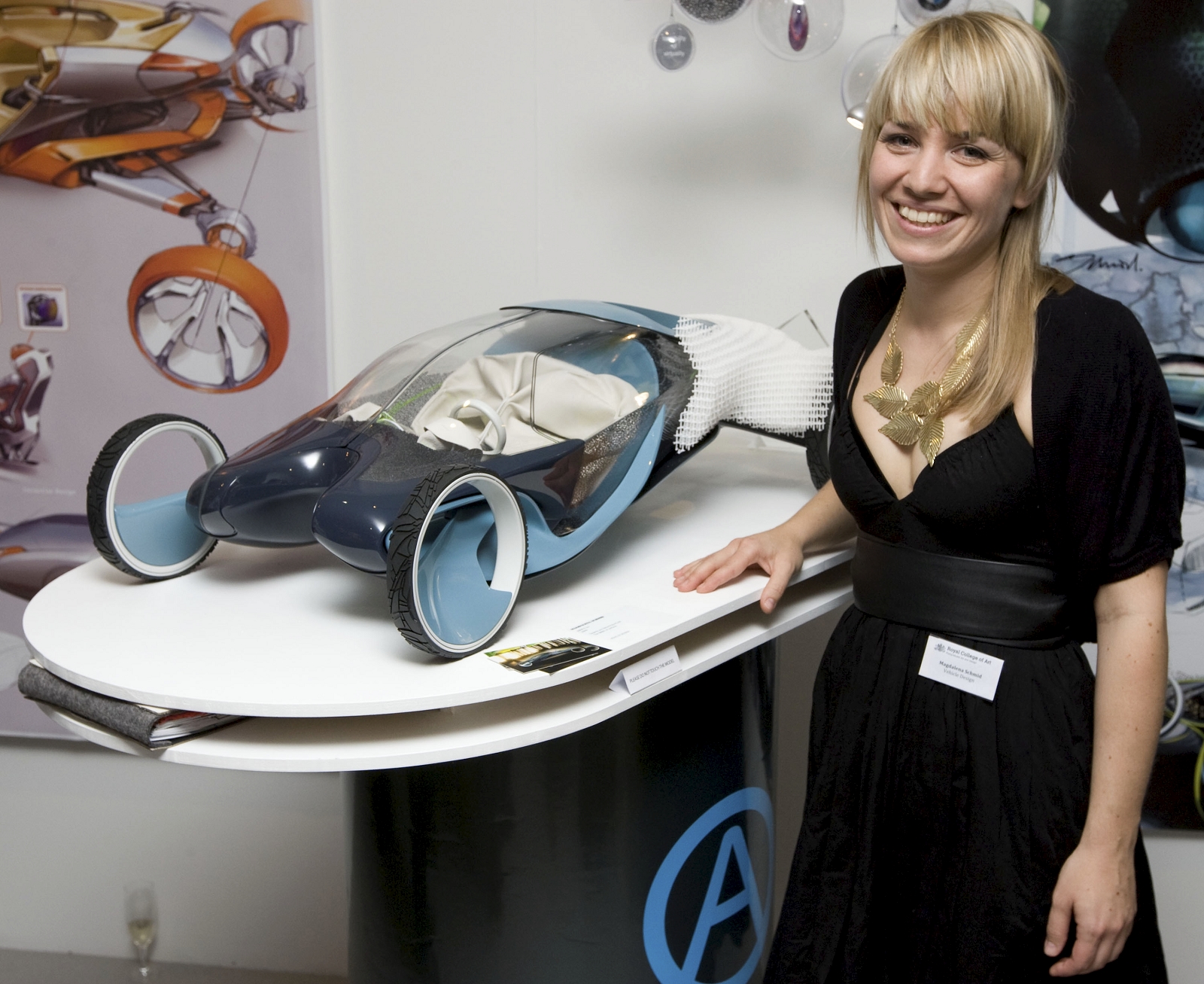 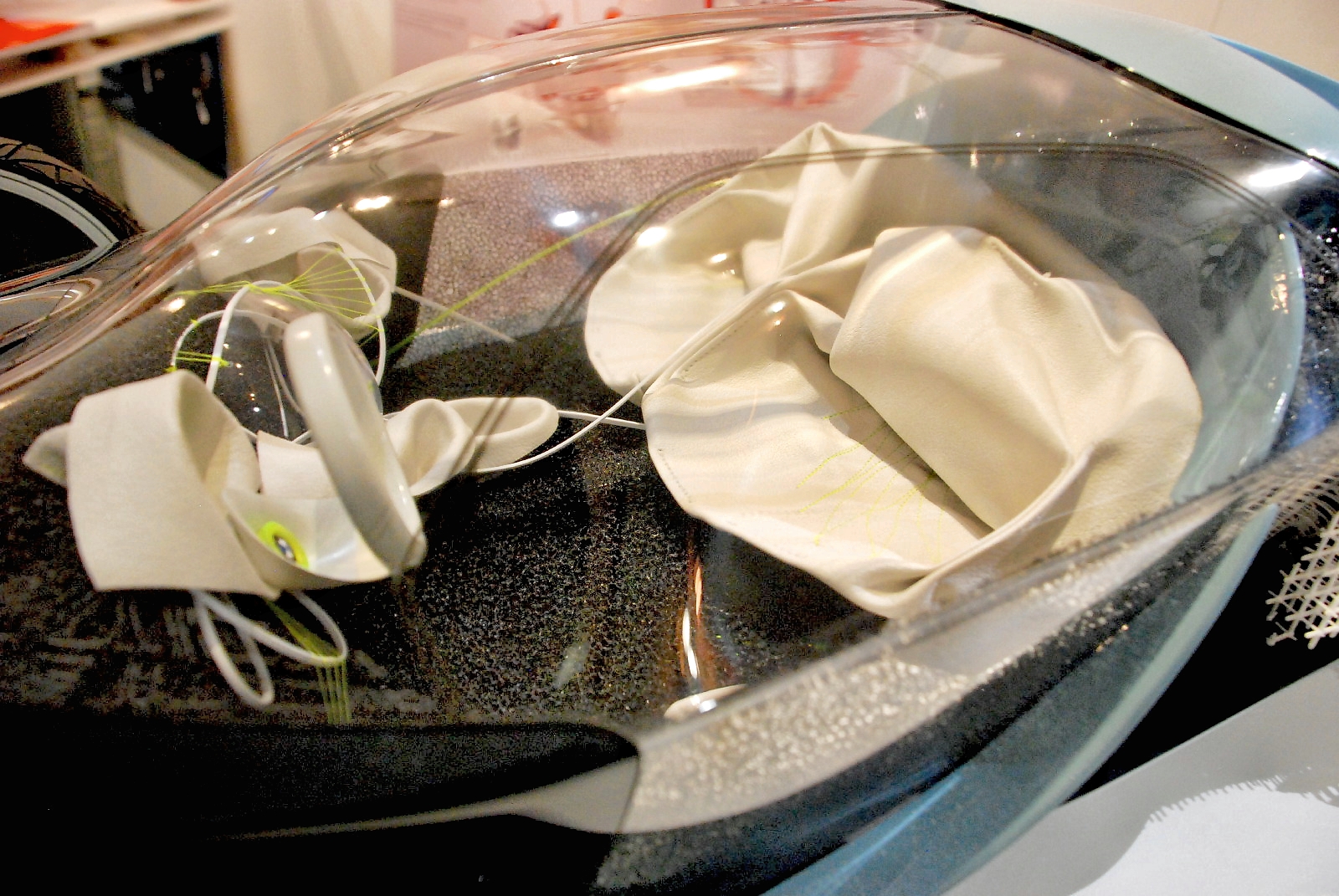 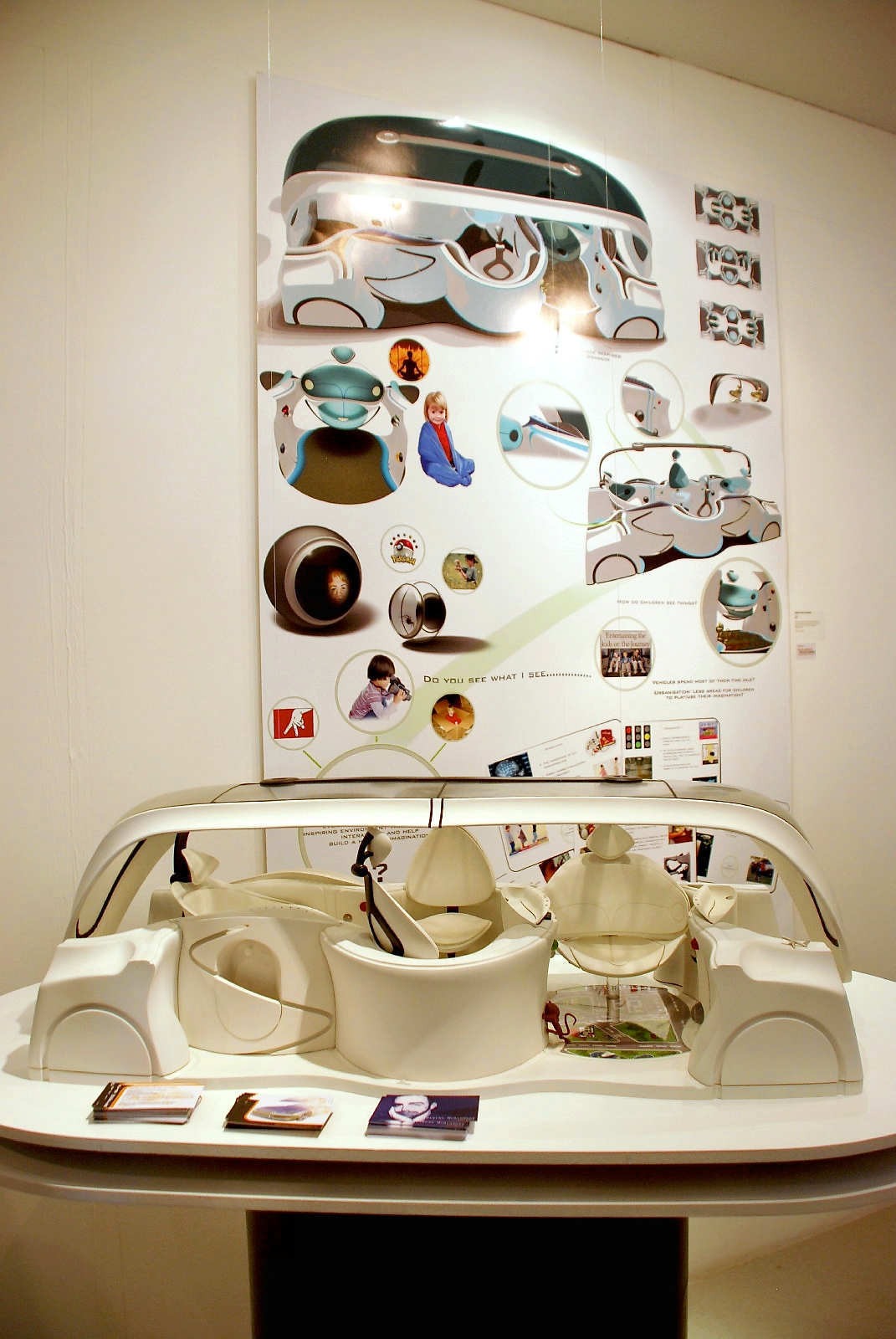 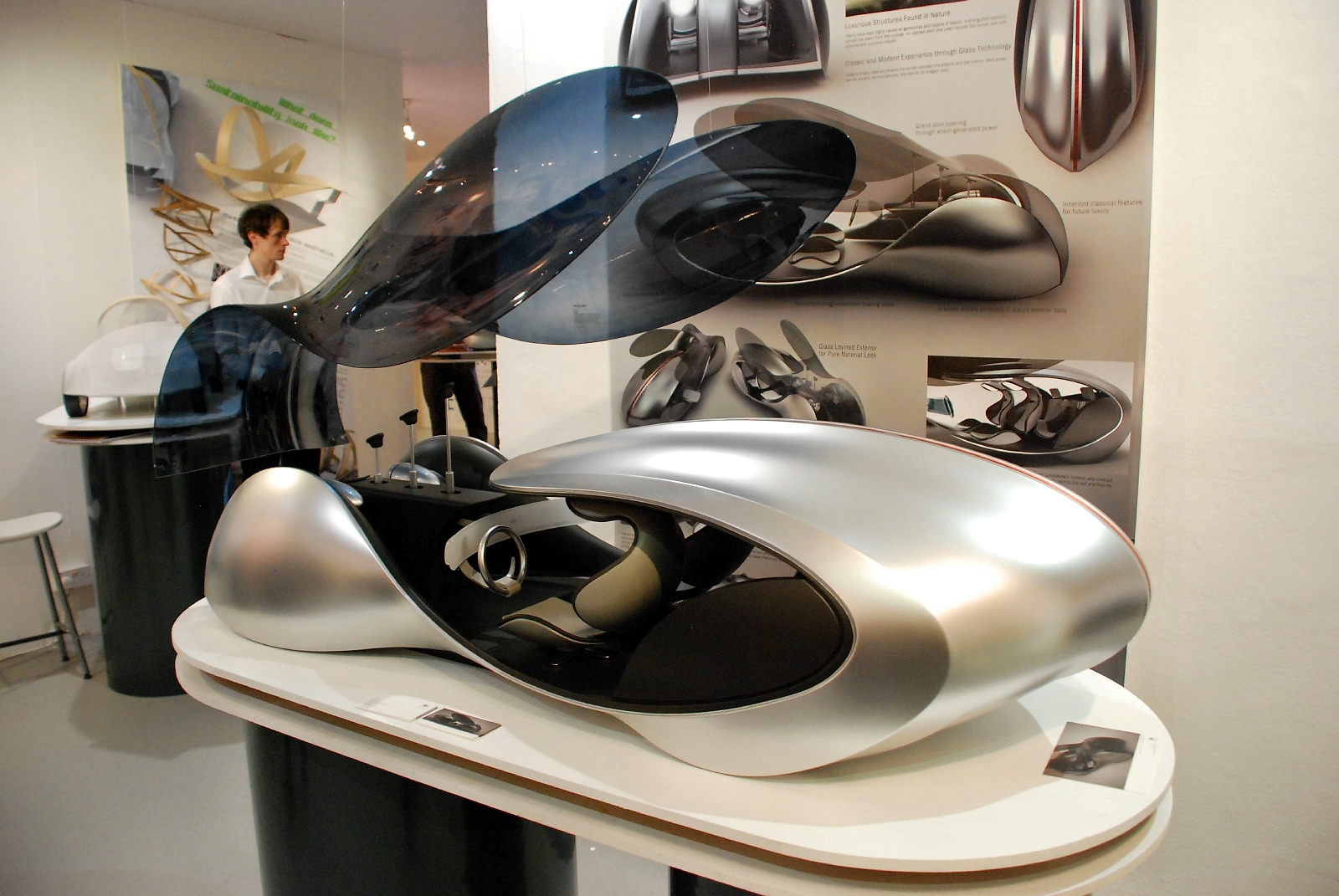 'Enno' concept by Do Hyung Kim 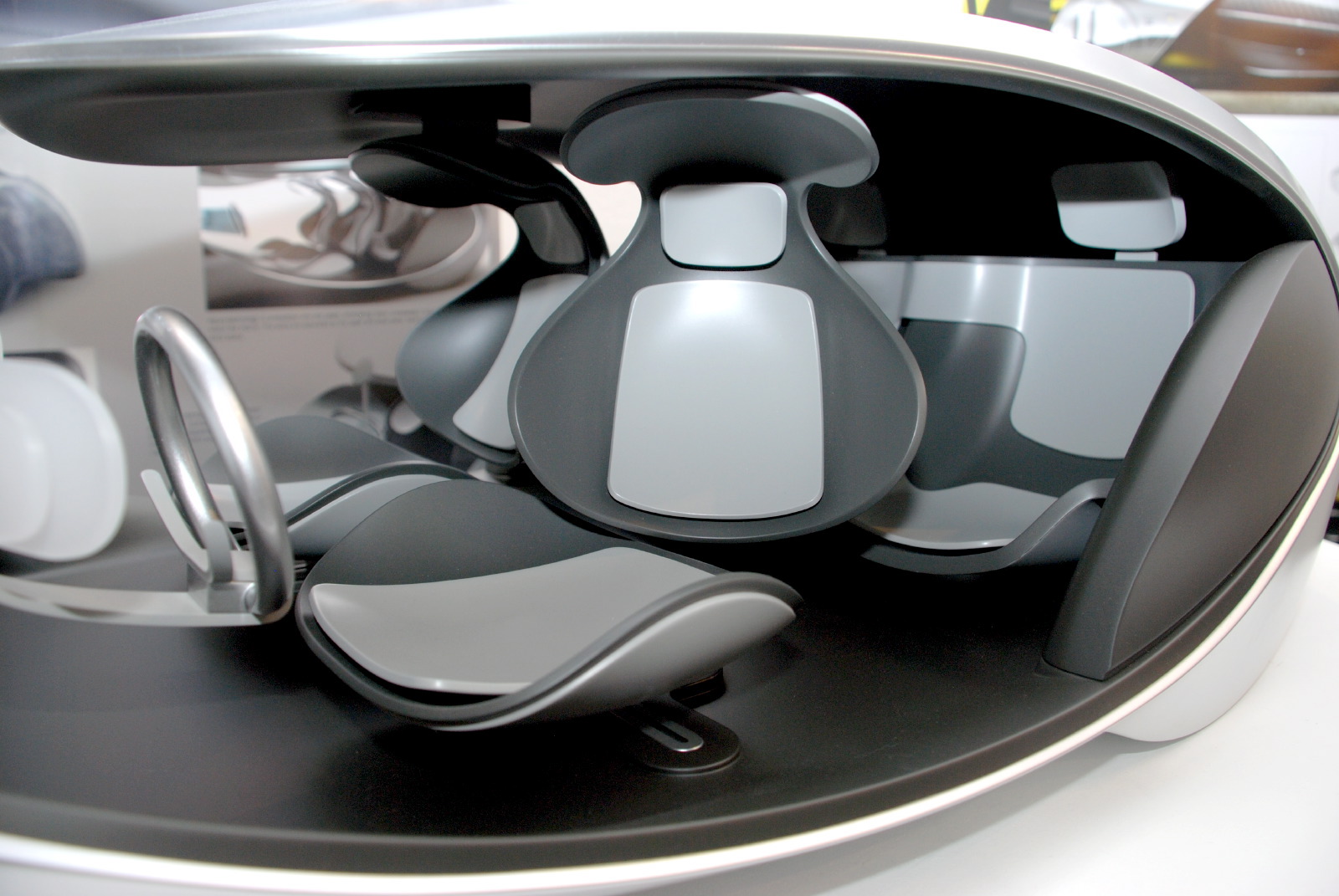 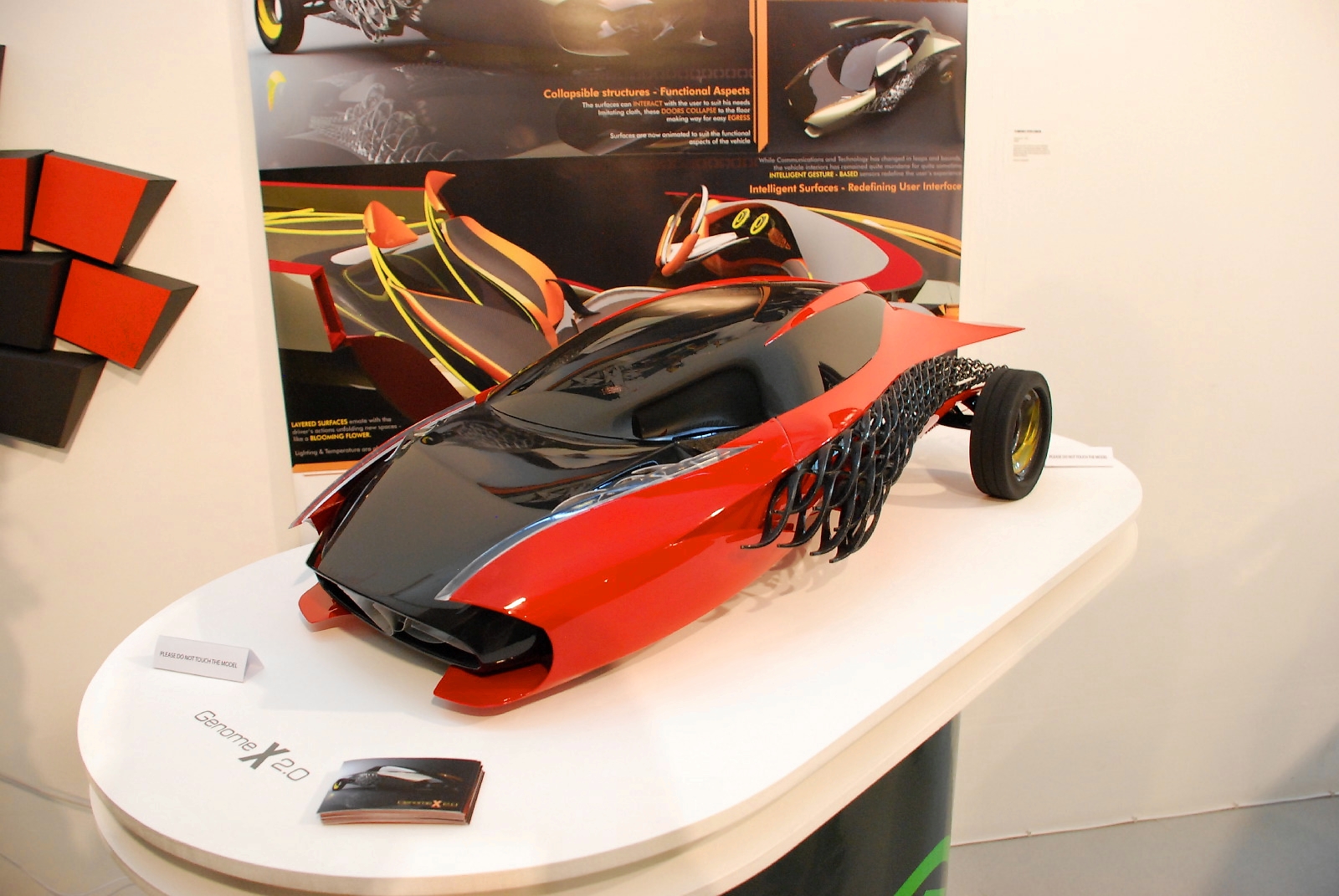 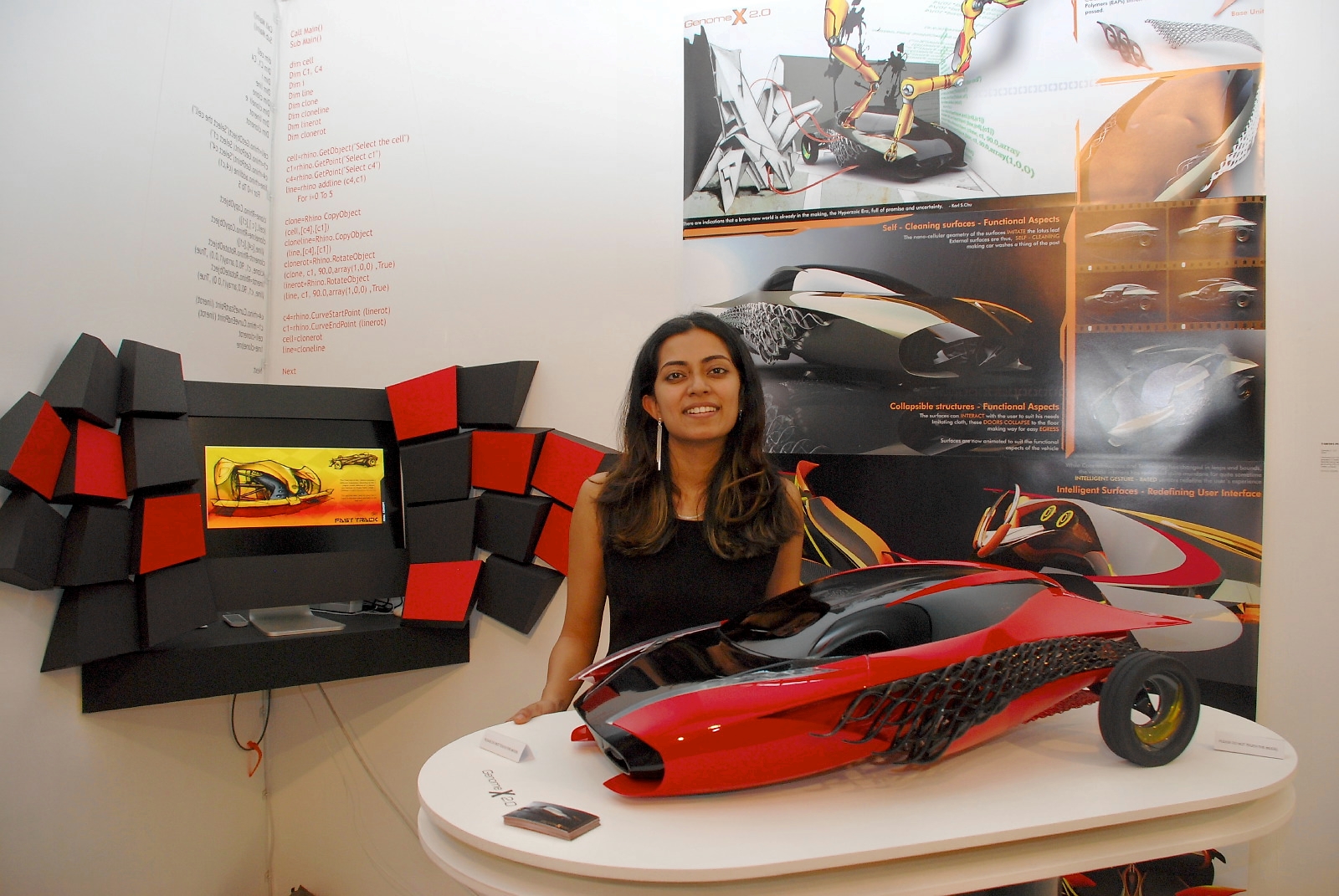 Students at the Royal College of Art recently celebrated the culmination of two years of study by presenting their final projects at the college's annual MA degree show. With a wide range of projects investigating form language for existing brands, sustainability and some even bordering on fine art, the degree show featured the works of 15 students. Here is a synopsis of their projects:

Volkswagen Concerto
Hong K Yeo
Yeo's Volkswagen Concerto concept earned him the prestigious Pilkington Best Design Interpretation award, which was presented by David Wilkie. "It was very refreshing to see that Hong had gone back to basics in design," Wilkie said. "He had gone beyond the sheet metal and designed a modular concept that was a good reflection of society today." 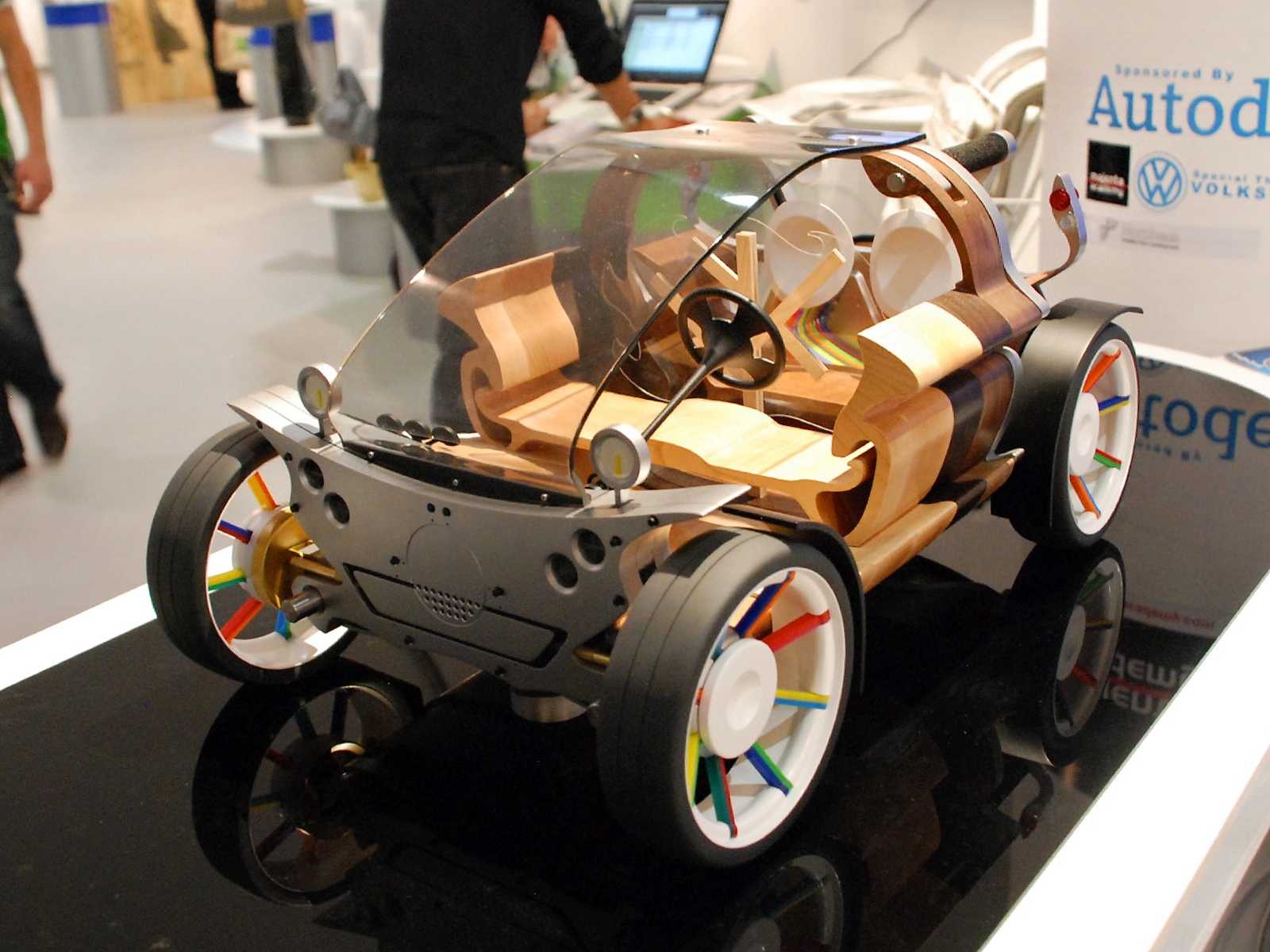 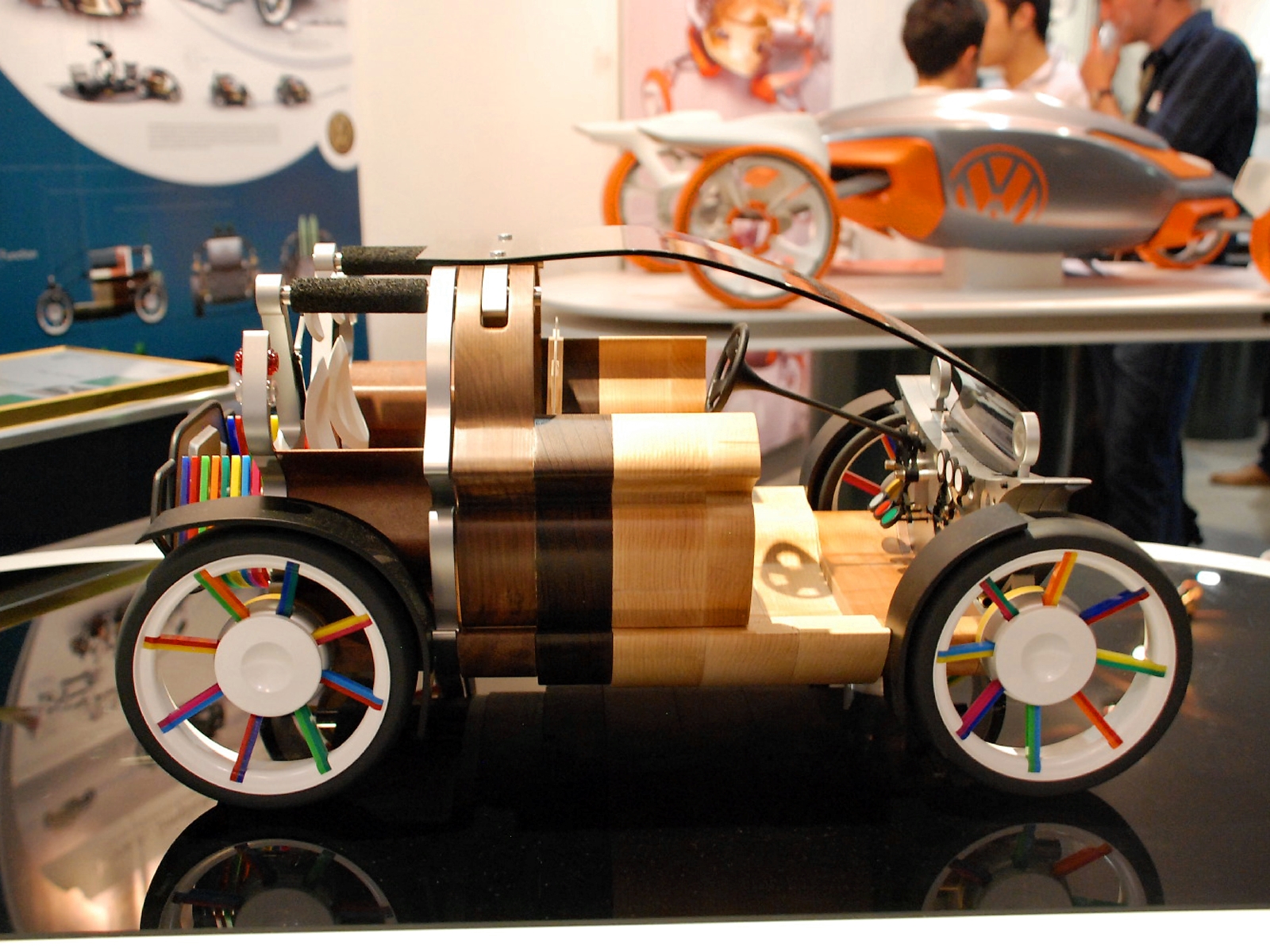 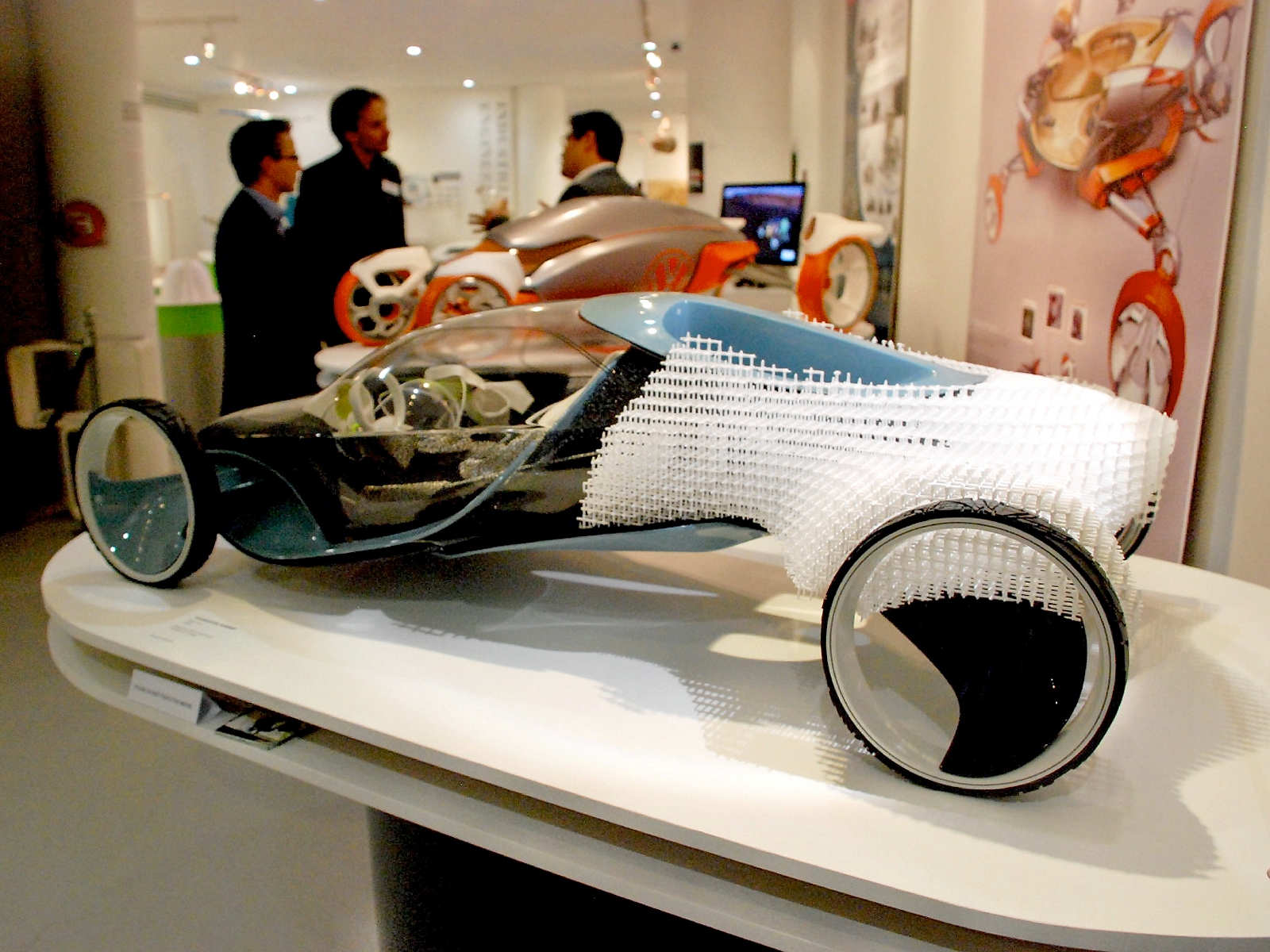 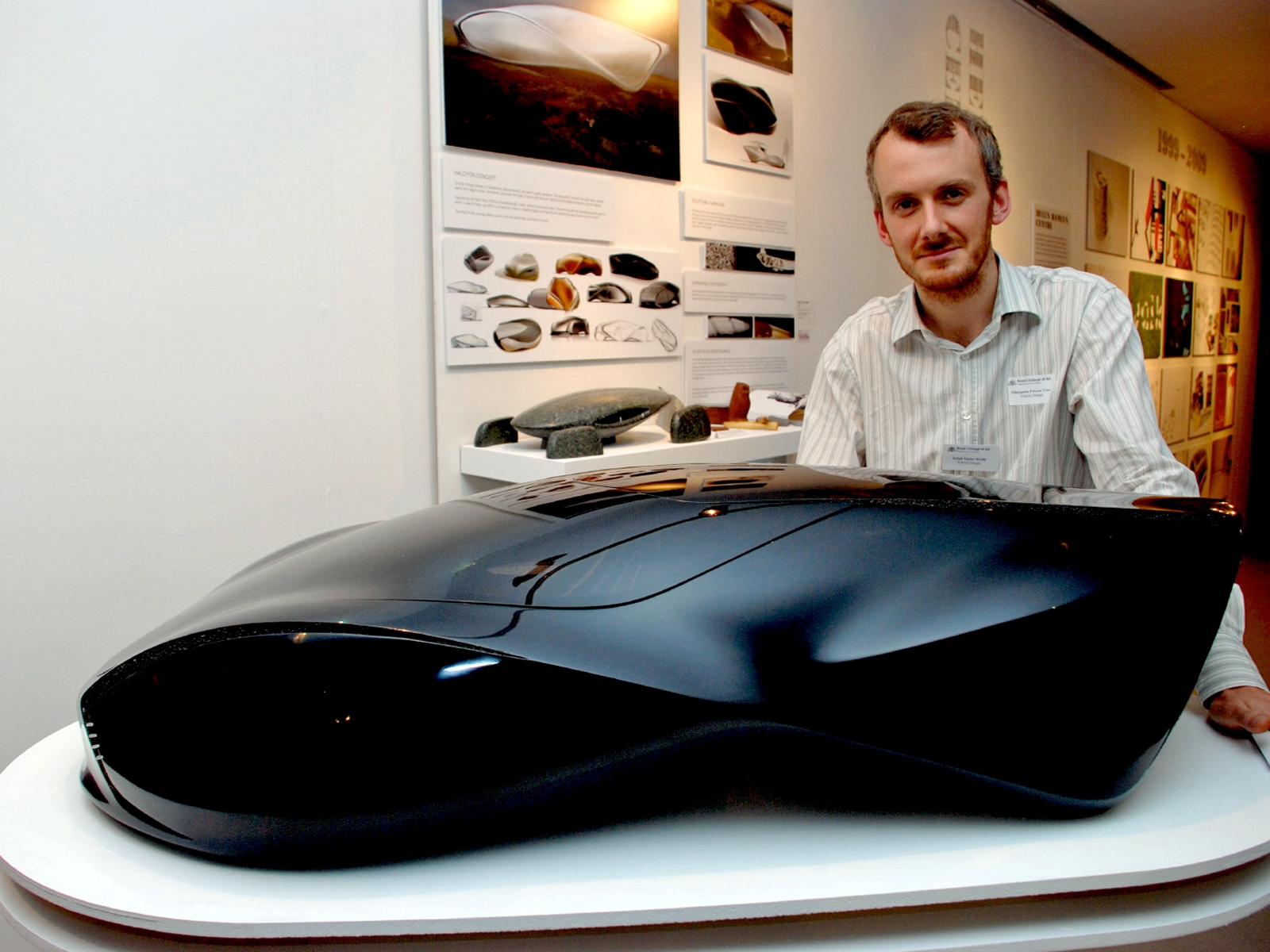 Ralph Tayler-Webb and his 'Halcyon' concept 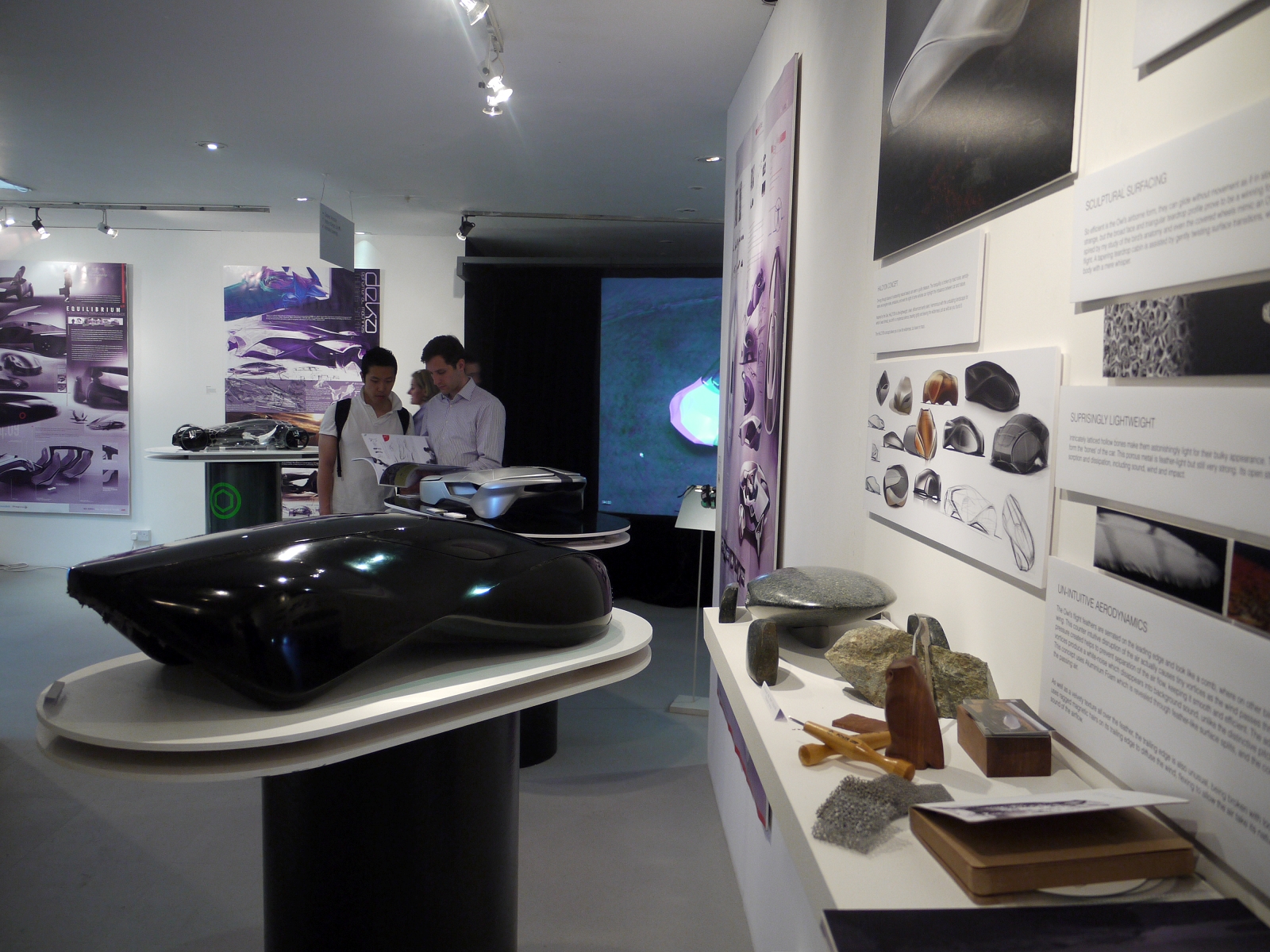 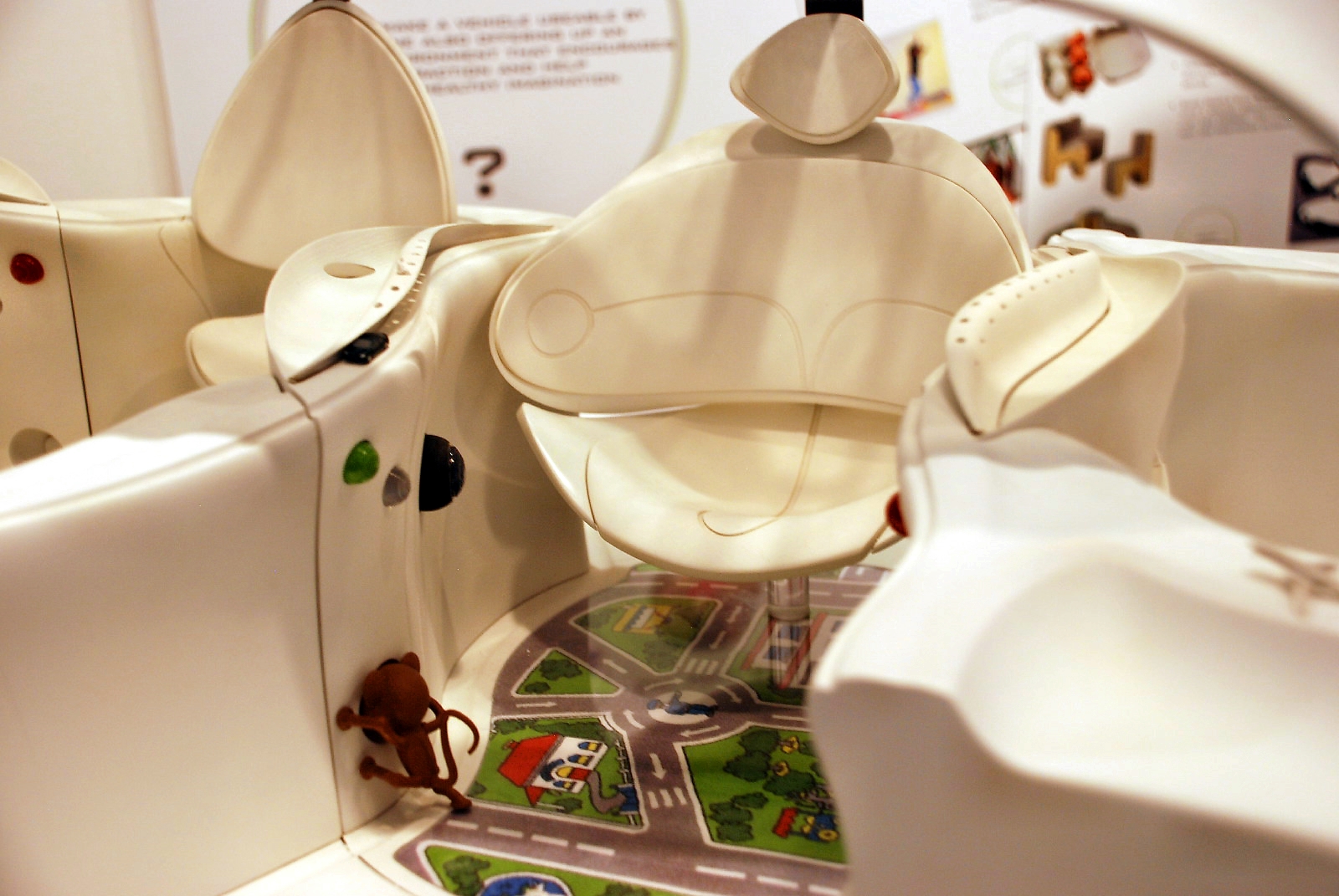 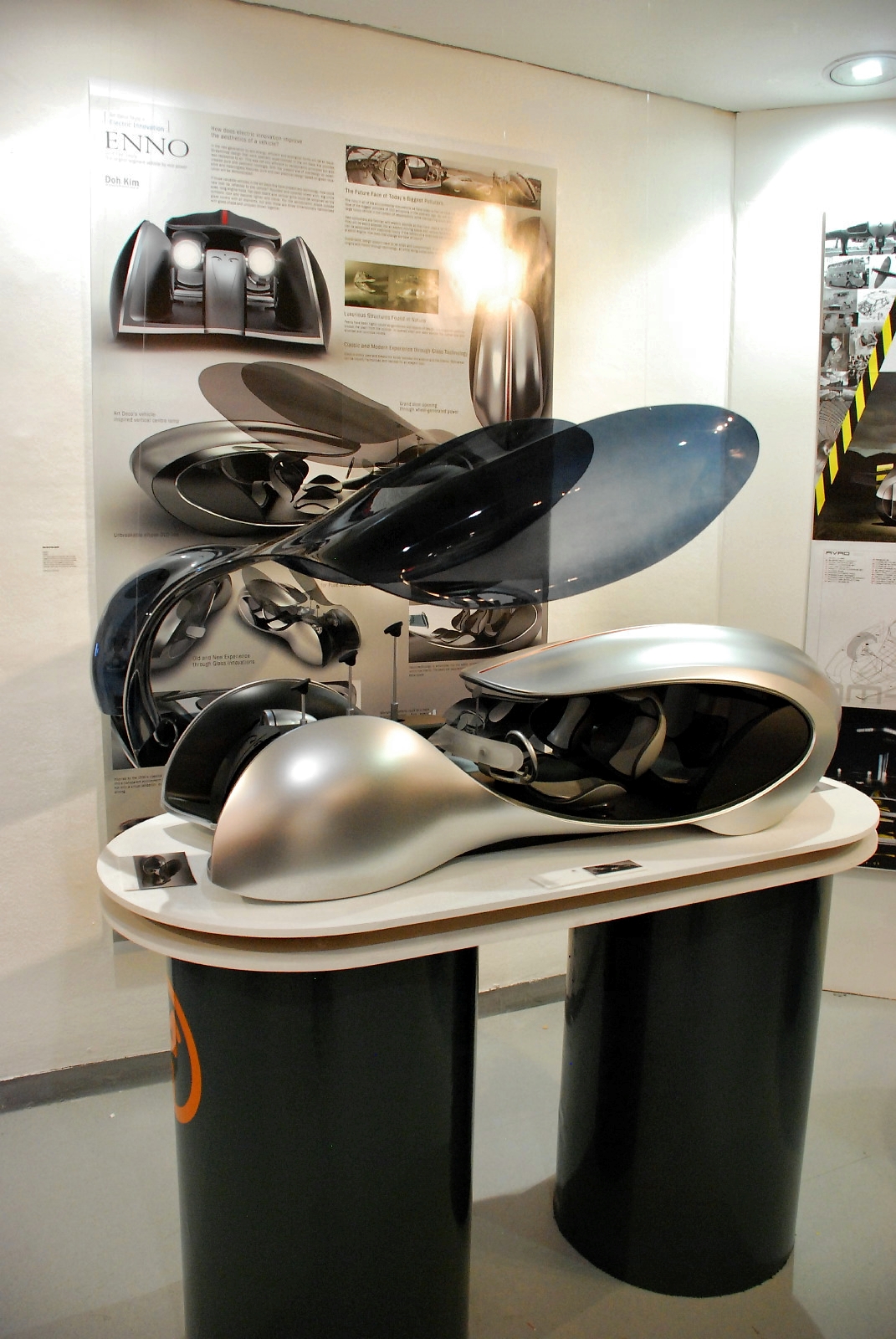 'Enno' concept by Do Hyung Kim

Sponsored by Autodesk, the project stems from Yeo's assertion that "there is not a vehicle that environmentally aware people want to buy". His solution is a sustainable design that takes the form of numerous personalized pieces which come together like Lego bricks, an infinitely recyclable material. "Sustainable design should be designed from the beginning and easy to disassemble at the end of its life cycle," Yeo told CDN.

The concept is a new language of green; there are no cosmetics in the minimalist vehicle and it requires no paint. Instead it utilizes two frames that can accommodate different sections added on over the course of the owner's life. "It can be a two-seater in college, a four-seater when you get married and start a family, and a two-seater if you get divorced," Yeo commented. "If you tire of a piece, or if life changes call for it, you can exchange it for something else."

Derived from the name of BMW's first car, the Dixi, the ‘Pixie' project was inspired by the recent influx of virtual relationships and virtual participation in society. The concept, which won the Pilkington Best Use of Glazing award, explores three main points: the depth of surfaces, surface and architecture, and surface and function. In doing so it answers the question: What is the tangibility of virtuality?

The four-meter-long, two-seat vehicle is made up of a combination of Lexan glass, which assumes the architectural function, and an external structure that is made from a porous material, similar to a sponge. The virtual aspect of the vehicle changes a paradigm that designers consider to be all-important: the highlights and surfaces are no longer the carrier of the design. Instead, the material has an increased internal surface that, as Schmid told CDN, "could be used for something more valuable". At the rear, the characteristic BMW ‘double kidney' has been reinterpreted in the form of a chimney, which sucks in evaporative steam from the air and creates energy to cool the interior and the rear axle-mounted battery.

Inside the cockpit Schmid also chose a new approach in creating the seating of her concept. "All surfacing is not the same," says Schmid. "We should use the specific character of the material." As such, the material is not forced over an overall volume but rather left to do what it does naturally.

Drawing from his own personal experiences with an autistic family member, McAtamney went to work in creating a vehicle that would cater to people with disabilities and ended up designing a haven for children, whether mobile or stationary. Recalling how, as a child, the only distraction on long journeys in the back seat of a car was the rubber seal around the window (no longer present in today's vehicles) he created arcs, channels and holes in rubber surfaces to offer entertainment for those on board.

Inspired by autistic author Temple Grandin, children's imaginations and Pokemon, the pods at the rear of the vehicle detach and can be used as a wallet, while a ‘Magic 8' ball tells children where they're going and the time remaining along the journey. The level of innovative detailing in the interior of the concept also earned McAtamney a commendation for Best Concept Interpretation.

Enno
Do Hyung Kim
Taking inspiration from premium Art Deco-inspired vehicles of the 1930s, Kim presented a streamlined vehicle for the new eco-energy-efficient generation. Ultizing this nostalgic aesthetic, Kim included large circlular headlamps, a long hood and a vertical grille, but covered these elements with glass to create an aerodynamic shape. It won him a commendation from Pilkington for the Best Use of Glazing.

The large, four-passenger luxury vehicle - measuring 5300mm in length - features smooth lines running along the bodysides, but also incorporates many classical design cues inside, such as a flat dashboard and simple instrumentation. Neuro-technology is embedded into the seats, eliminating many unnecessary buttons and controls within the interior. The seats, which swing out electrically for easy ingress and egress, are separated into upper and lower parts, held by the roof and floor for extra interior space.

Genome X 2.0
Tabitha Purathur
Based on the Fibonacci sequence that exists in nature - determining tree branch and arm length - Purathur sought to remedy the fact that car design has not evolved as much as architecture and other forms of design. With the Genome X 2.0 concept (which also won a commendation for Best Design Interpretation) she decided to create a vehicle whose design is informed by mathematically coded surfaces - along the lines of producing artificial life. She describes the concept as being "in a state of duality".

The vehicle's outer surface sections are made up of electro-polymers, which not only protects the two-seat interior but also provides easy access. The intelligent surfaces continue inside, where gesture-based user surfaces provide access to the multiple storage compartments and adjust the interior lighting. The vehicle's front-mounted battery pack powers spherical wheels at the front, while the rear wheels are used for steering. While the overall design still follows general automotive aesthetics, it incorporates technology that is presumed to be available in 20 years' time.