As the 2006 Paris Motor Show approached, there was eager and somewhat anxious anticipation about Renault’s offerings at the show. Renault had a long history of interesting concepts. Would there be similar offerings now that the Carlos Ghosn/Nissan Alliance era had begun? After all, Ghosn’s own top lieutenant at the time, Patrick Pelata, had been critical of Renault’s design direction – particularly the bustlebacked Megane, then a hot seller in its class in the European market. 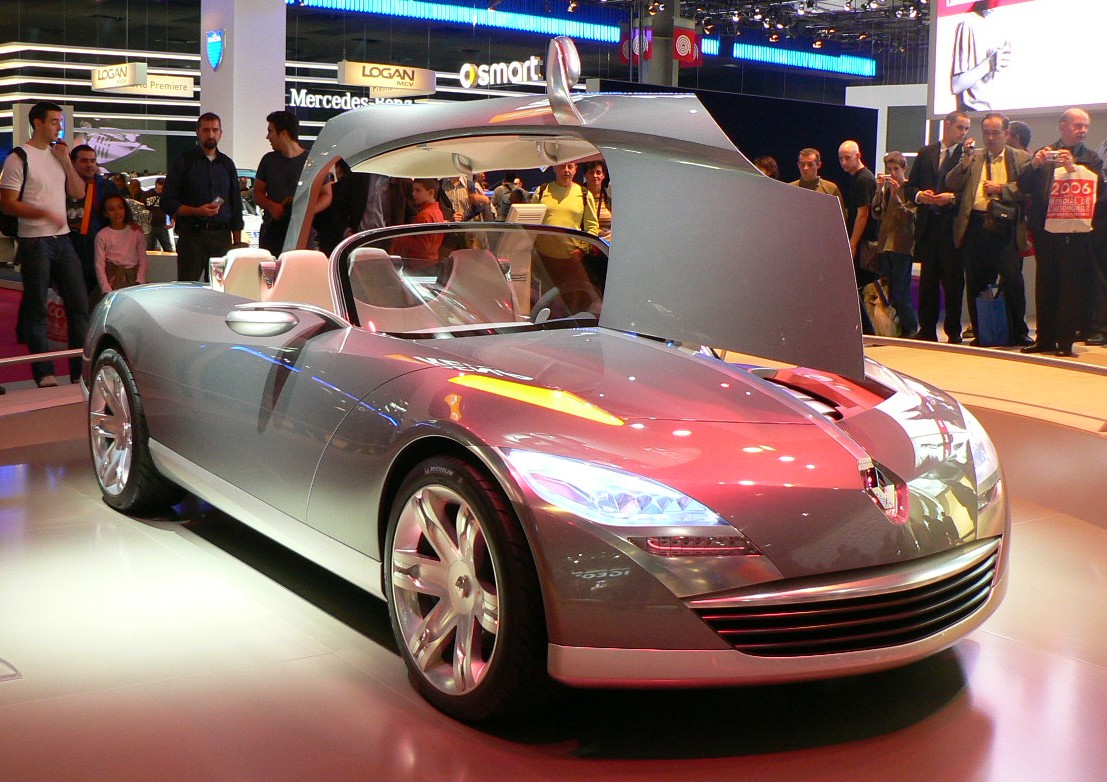 CDN’s photo of the Nepta at the 2006 Paris Motor Show – classic and understated, except for those doors

Fortunately for the Renault community and the greater car design profession, Renault presented three concepts at the show; the second-generation Twingo, the Koleos and the Nepta. It was a good thing, too, as Citroën threatened to steal all the press coverage with its dramatic shooting brake concept, the C-Métisse. 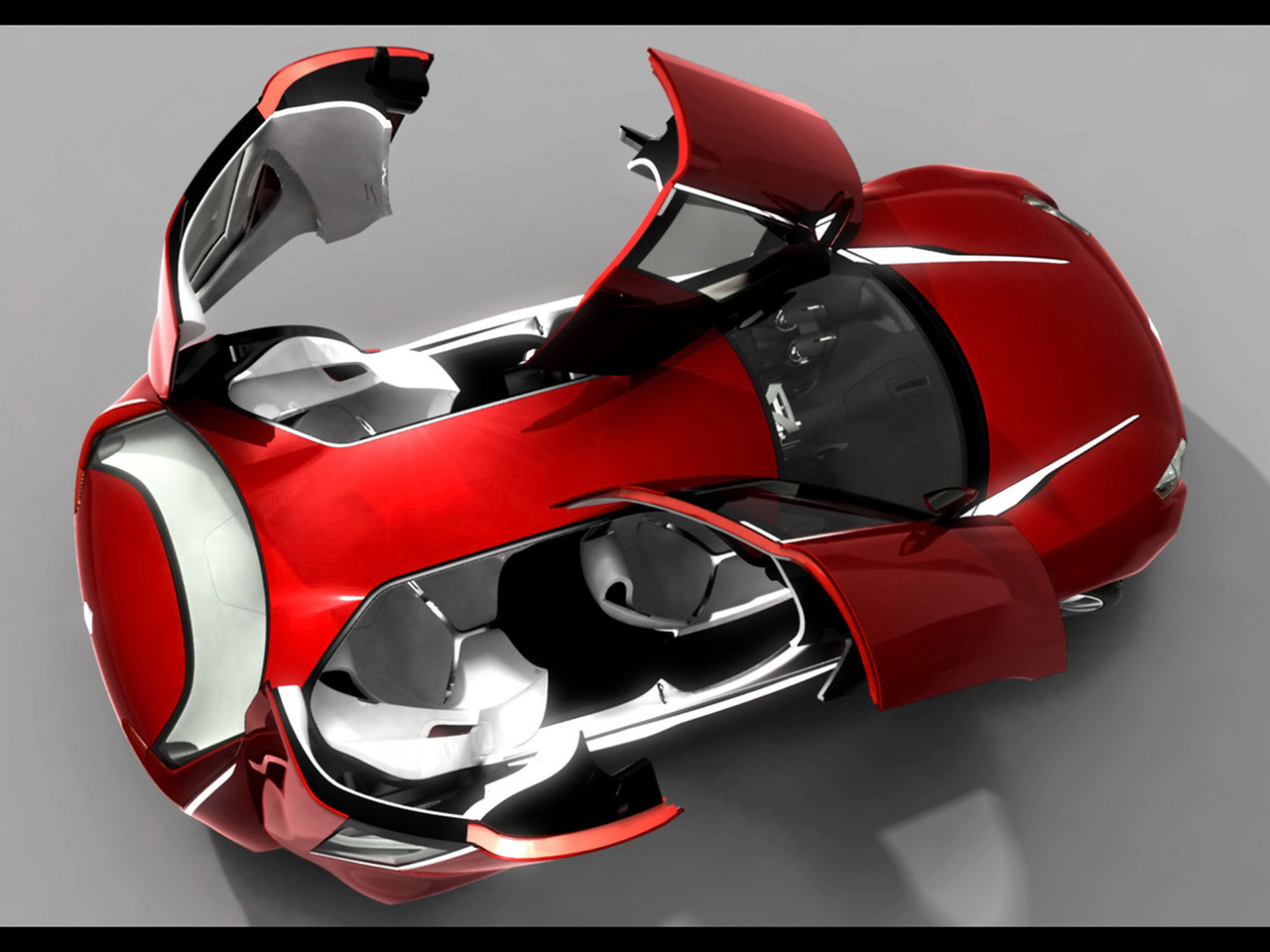 In contrast to the Citroën, the Renault Nepta was an open-top grand tourer with classic lines and proportions. With its doors closed, it evoked classic open-topped cars like phaetons, or the classic 1960s Lincoln Continental convertible. Patrick Le Quément, then Renault’s Vice president, Corporate Design, introduced the car like this:

“We are concerned that this extraordinary object called the motor car is being attacked from all angles. So we wanted to do this design exercise to show our commitment to the car as… an art object. For us it remains a fine art.” 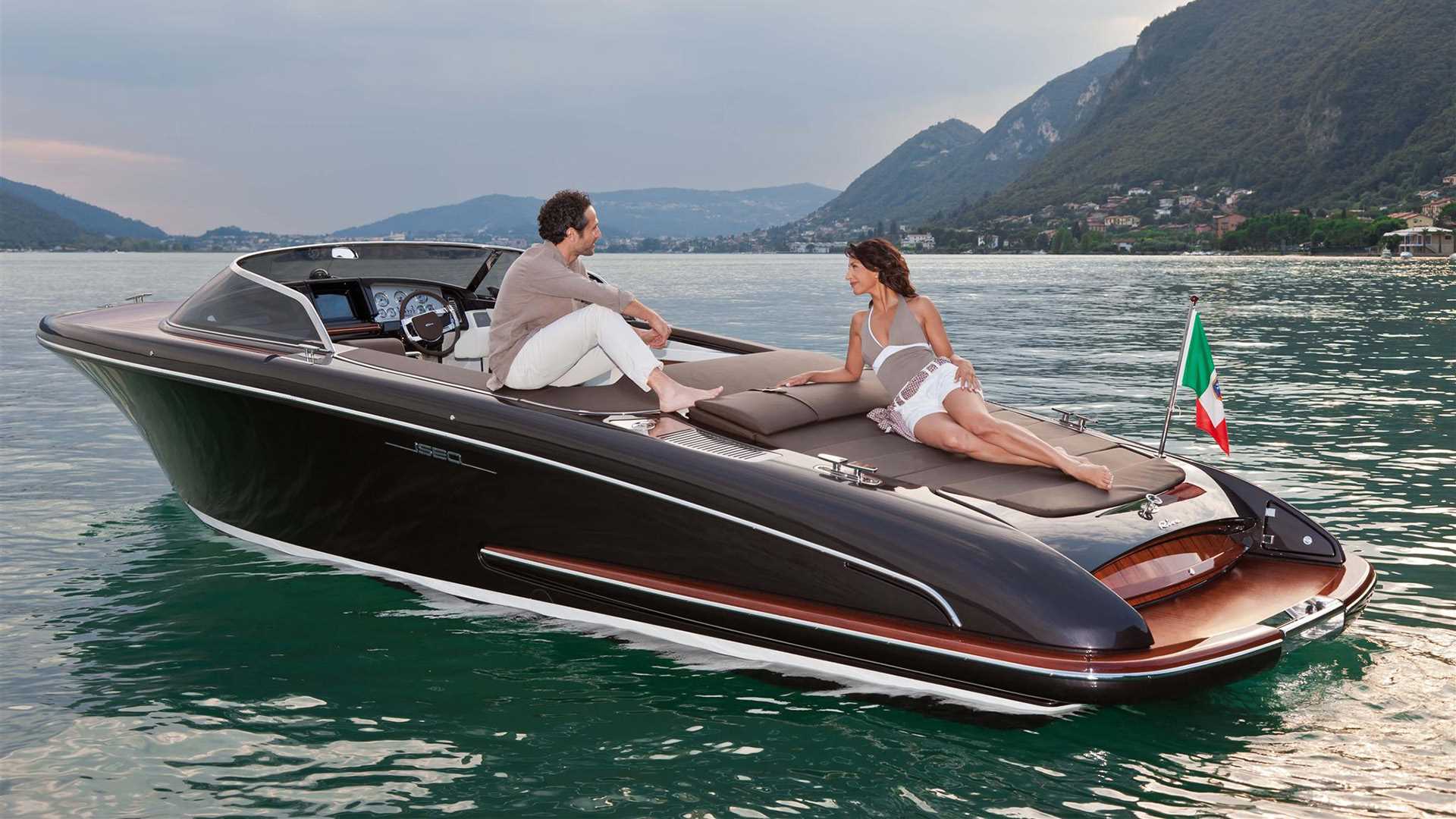 Riva Iseo – a strong influence on the Nepta, especially the long rear deck

A number of designers and critics noted that the flowing character lines and surfacing showed a distinctly nautical influence. This was fine with Le Quément, who noted the influence of Riva boats on the design of the car. Even its name, Nepta, is derived from Neptune, god of the sea in Roman mythology, and no doubt, presumed guardian of the car as it would travel along Corniche from Nice to Monaco. 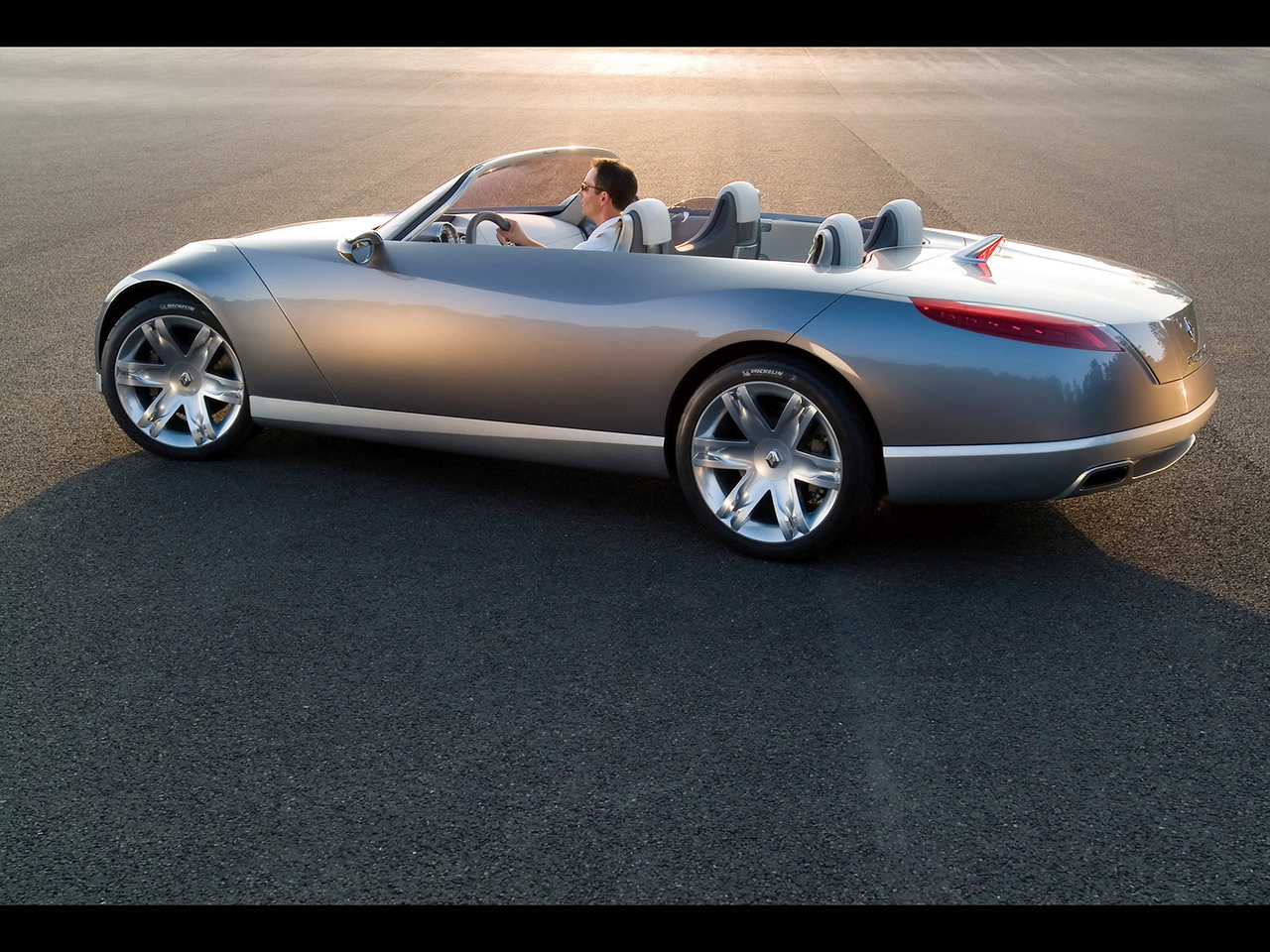 Car Design News were at the show in 2006. We noted how subtle its lines were, even as they flowed across the length of the car:

“Surfaces subtly flow across the car in large-radius curves and then meet with each other at clearly defined but very shallow ridges. This is almost impossible to appreciate unless viewing the car up close in the flesh, except perhaps where the shallow secondary front lights sit atop the wings on a surface bound by shallow ridges that sweep around and about bonnet and wing surfaces.”

Elegance, not drama, was driver of the design, again quietly referencing such cars as the Lincoln Continental, even though Le Quément denied any influence from American car design. As one’s eye moves over the car, one is much impressed with the careful balance of massing and sculpting over the car’s five-metre length. There was a short overhang at the front and a more dramatic longer overhang at the rear. 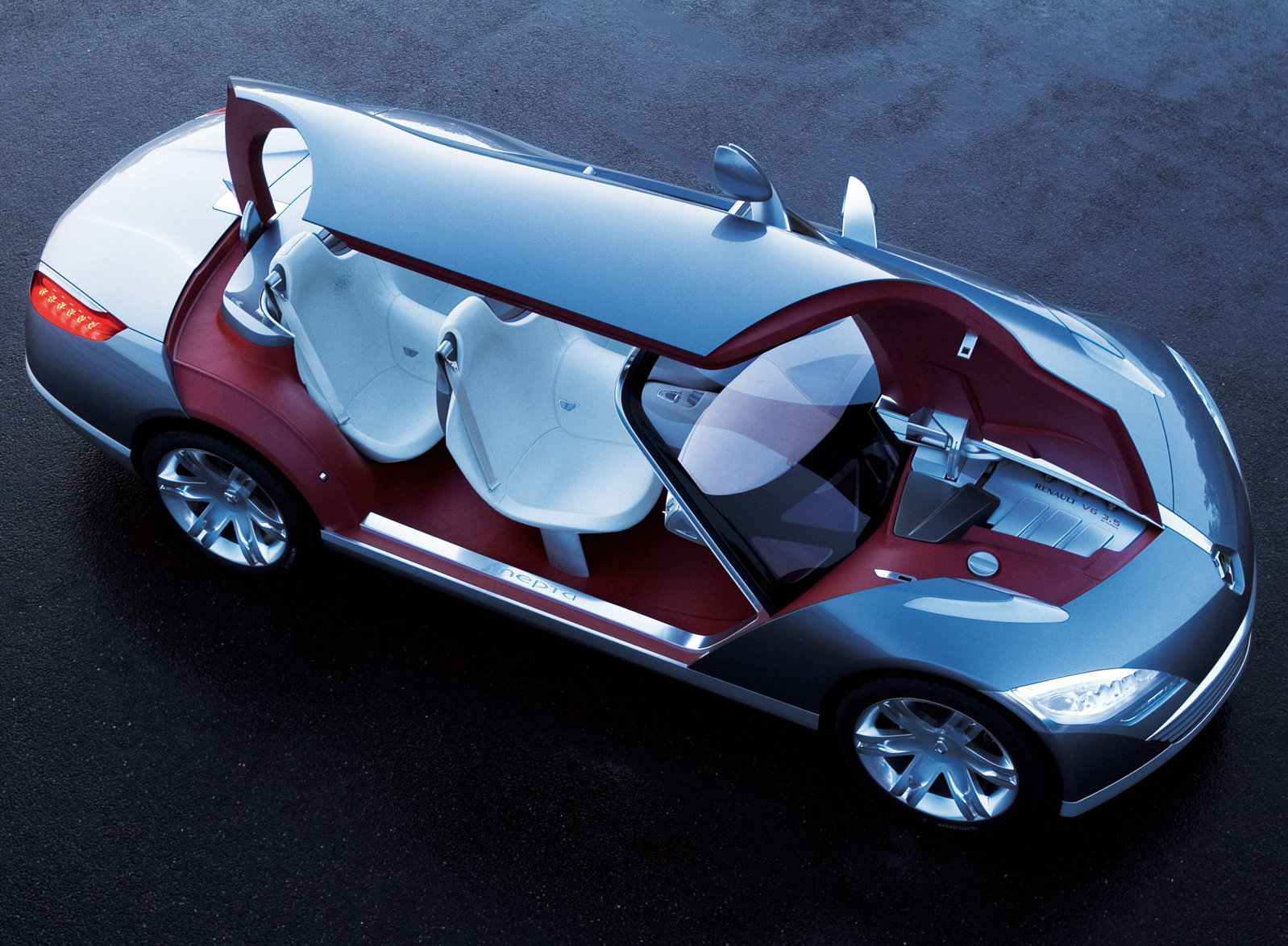 The gullwing doors were the most dramatic element of the Nepta

But then one opens the doors, and discovers the hidden drama awaiting the unsuspecting. The doors were immense gullwings, hinged at the cowl, and at the deck behind rear seats. At 3.76 metres long – a mite longer than the entire Twingo Concept displayed nearby – they were a very dramatic and unexpected feature of the car.

The doors raised mechanically to welcome passengers, then closed once they were seated. Hazard sensors would detect if an obstruction or a finger was in the way. 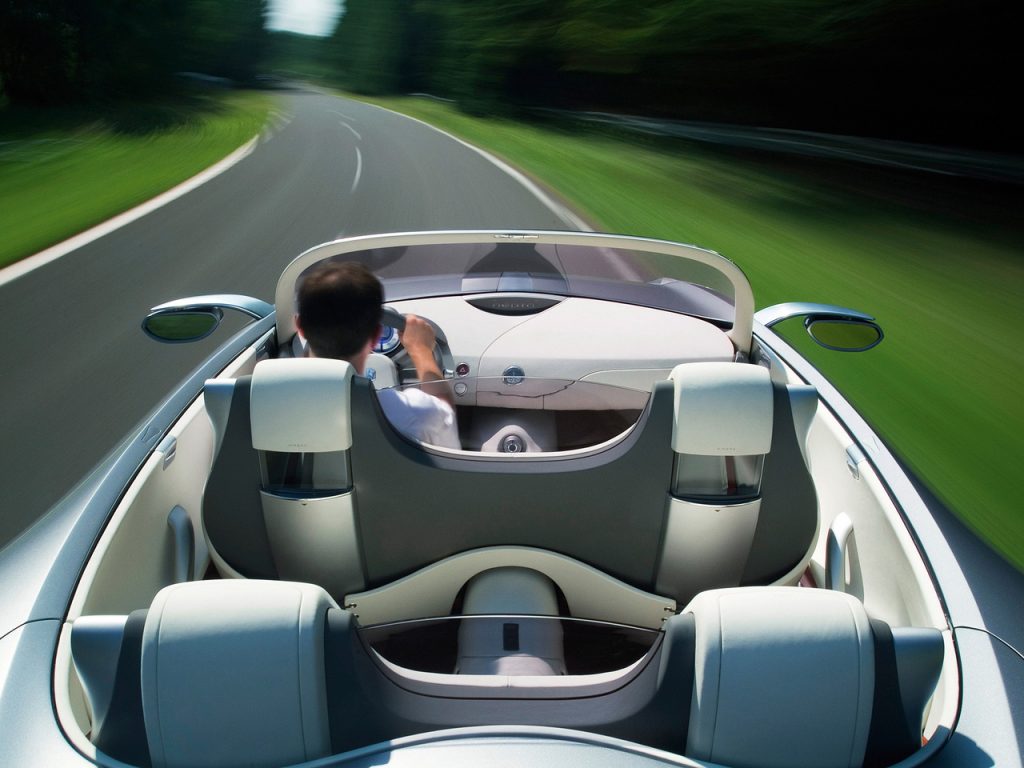 Once one had ducked under the gullwings, and settled into one of the four bucket seats, the doors would close and one would relax in the luxury lounge of the interior. The seats, leather-trimmed and resting inside sculptural shells, faced a cantilevered shell-like IP with simple instrument binnacles in a classic arrangement in front of the driver. Simplified controls and an analogue clock complete the instrument ensemble facing driver and passenger.

There was a cleanliness and simplicity about the composition – no need for jet-fighter-cockpit complexity in the classic cabin. Rear passengers got their own air deflector between the front seats and individual DVD players. Plus of course, an endless expanse of sky. 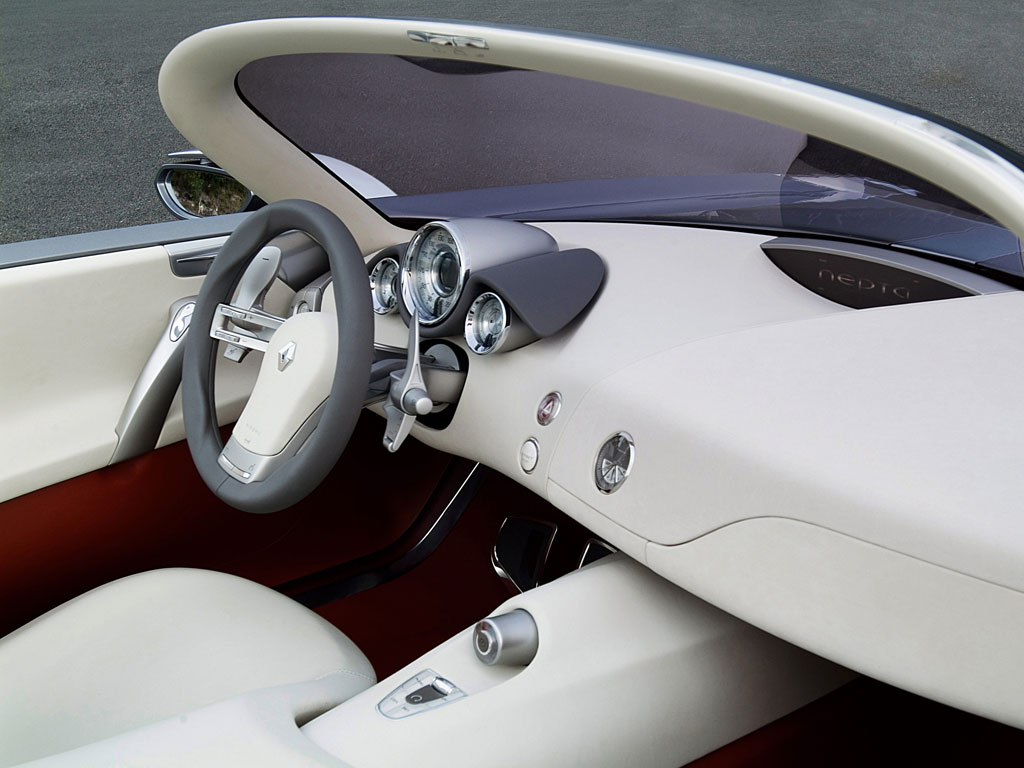 The engine compartment, also accessed through the gullwing doors, received the same level of luxe treatment that informed the décor of the interior. The red-brown leather of the interior continues into the engine compartment, cradling the engine. Explained Le Quément, “We thought the symbolism of the motorcar is linked to the engine. So, we thought ‘wouldn’t it be great if these large doors could open to reveal the engine as if it were a jewel presented in a display case?’”

The “jewel” in the Nepta was a 420-horsepower, 3.5-litre twin-turbocharged V6, coupled to a seven-speed automatic gearbox that drove the rear wheels – an unusual orientation for Renault. In theory, the Nepta could accelerate from 0-100km/h in 4.9 seconds. In reality, its performance was a bit shaky and sluggish, with some kinks to be worked out in its drivetrain and suspension, as with any concept car. 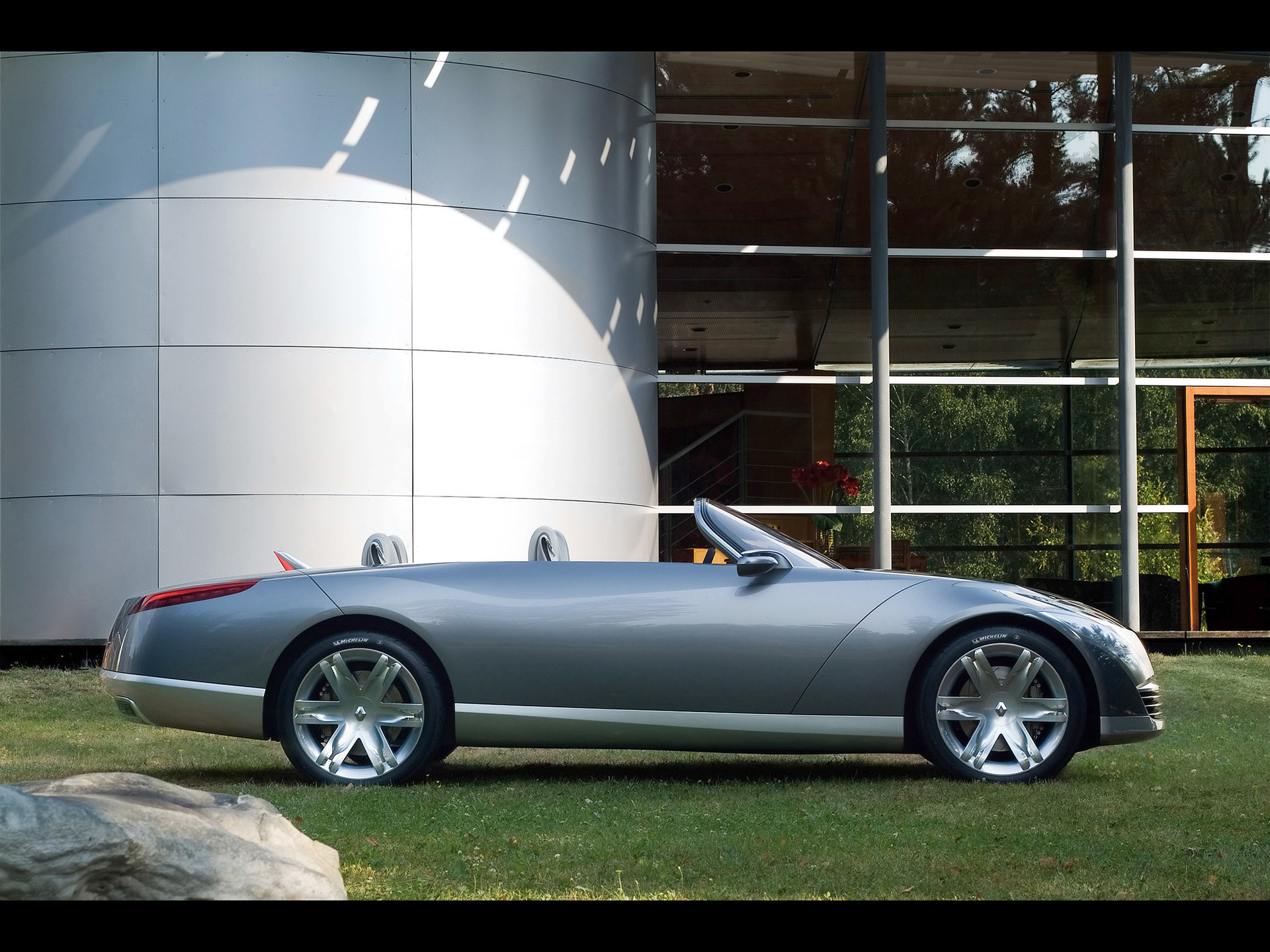 The Nepta was evocative of classic grand tourers and phaetons

The Nepta was never destined for production. Individual elements such a lights and modified forms of the character line would be included in later designs, but a large cabriolet, as romantic as it seems in a concept, just didn’t have that much of a market.

But it made a bold statement for grand design at a time when Renault needed to make a statement. In its press release, Renault would claim, “Nepta is an echo of the golden age of automotive styling, while remaining resolutely modern and innovative.” 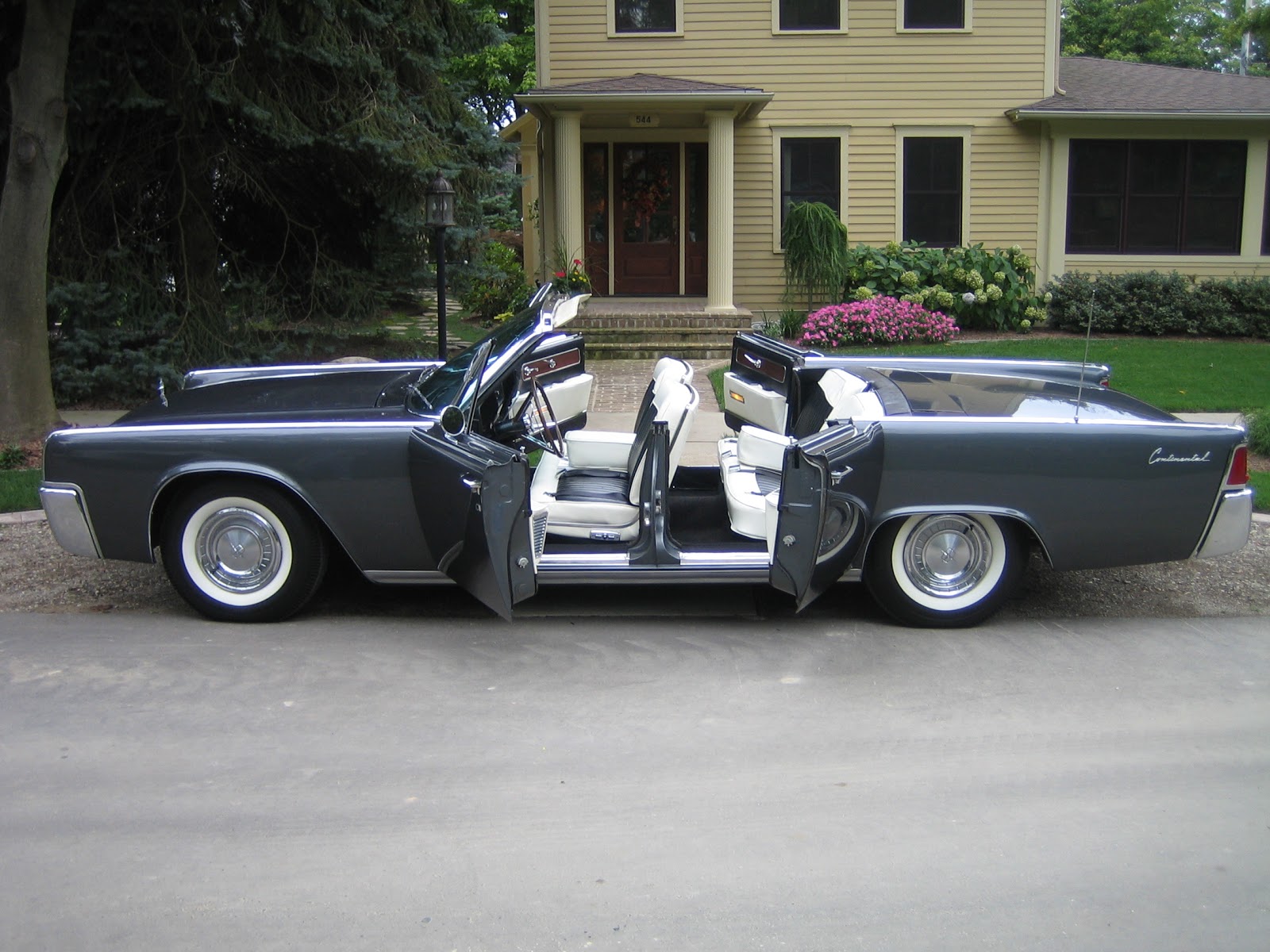 The Lincoln Continental convertible, another elegant classic with a clean, understated design. Dramatic doors, too

At the 2006 Paris show, the Nepta, along with its two concept siblings, seem to prove that Renault design had weathered the initial storm of change that occurred with the advent of the Ghosn era. However, another, much larger storm lay just over the horizon, one that began with home mortgages, and Wall Street speculation. That storm is still settling almost a decade later, with some storied marques gone and new players entering the market.

Renault is not immune to these massive changes.  Witness its new name, adopted just recently, after another corporate acquisition and restructuring:

Yes, we live in interesting times… 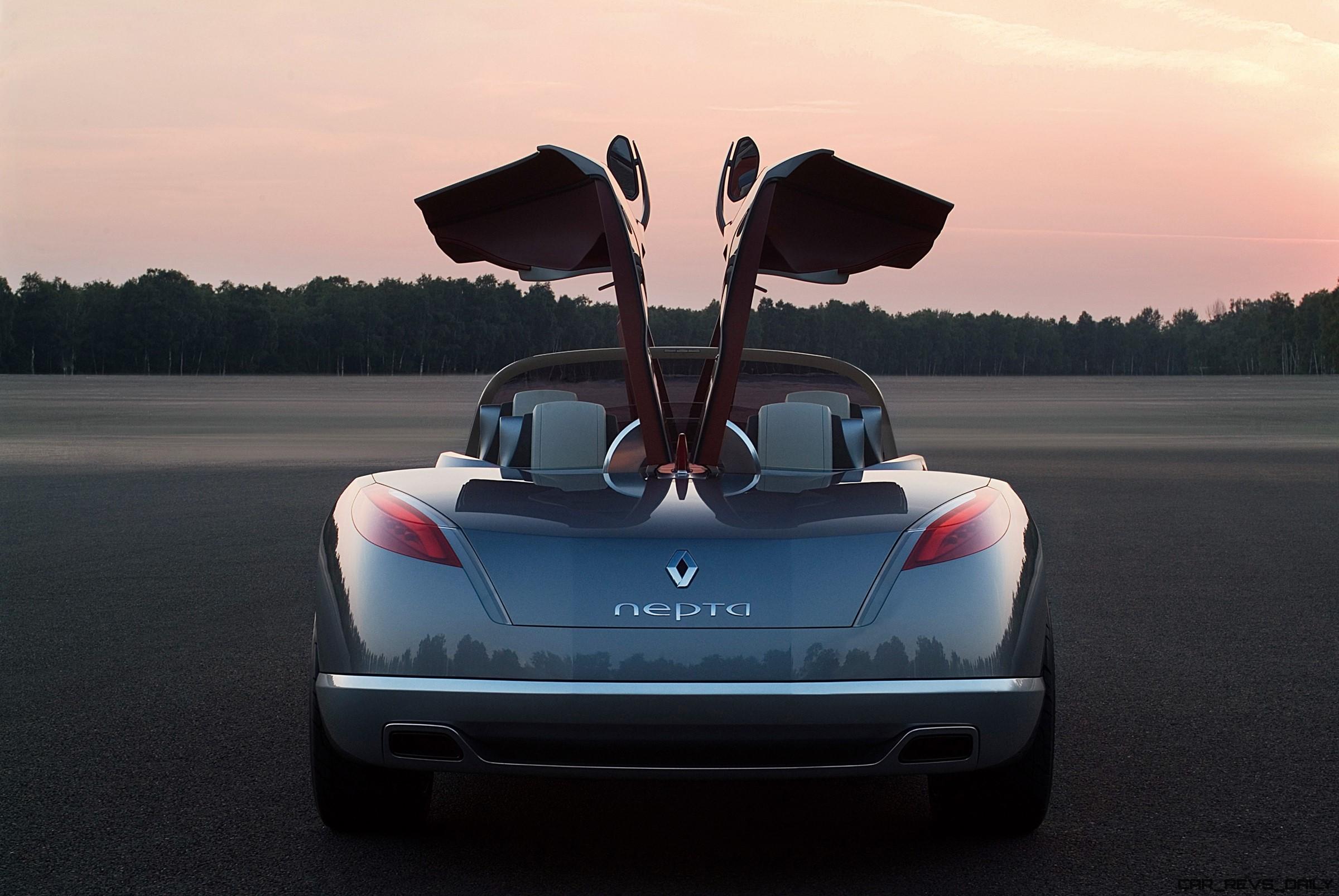 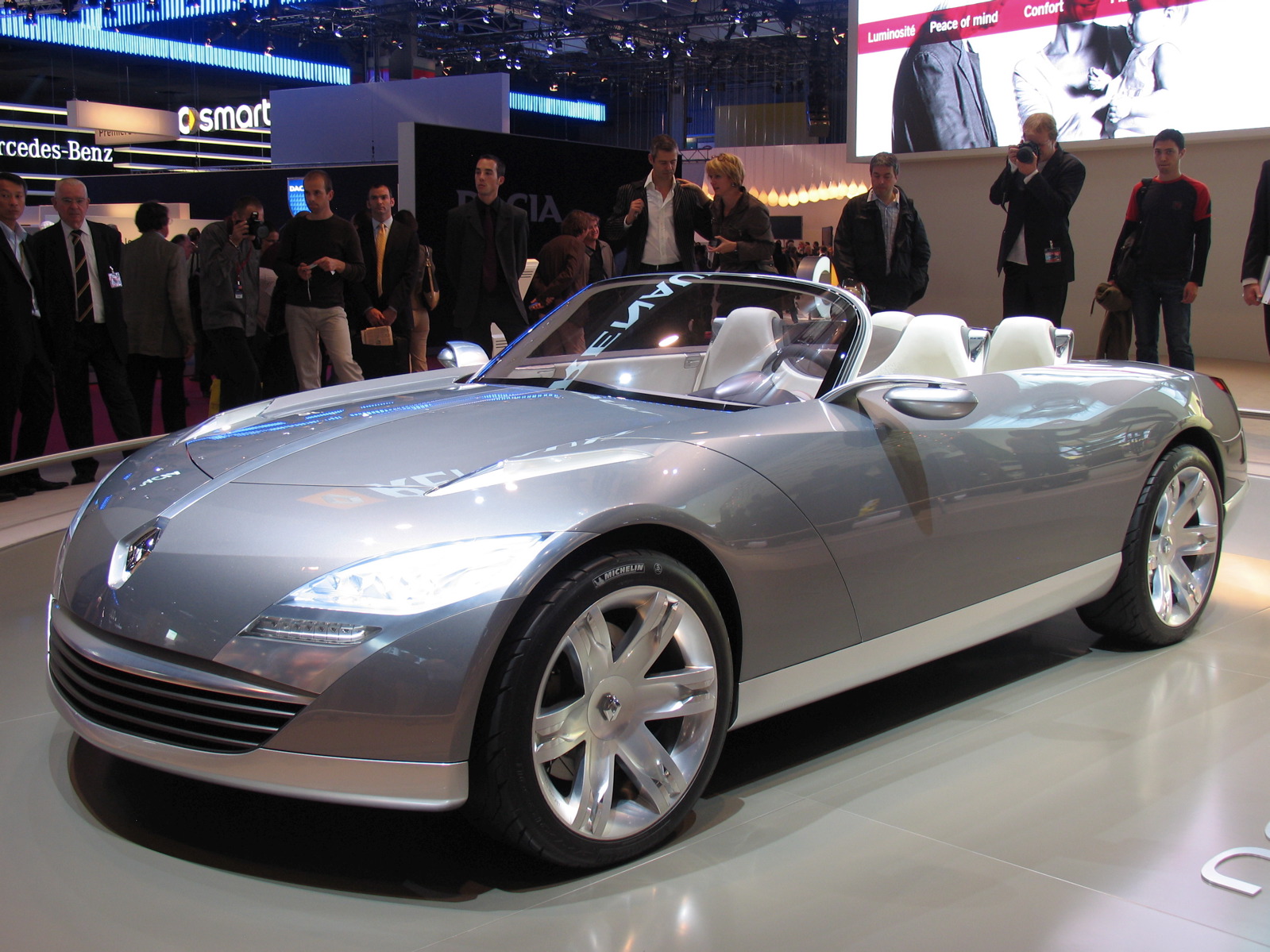