Two decades after the publication of Naomi Klein’s ground breaking book No Logo: Taking Aim at the Brand Bullies, and at a time of huge political flux, it appears that global brands still play a key part in millions of people’s lives. Speaking at Transformative Times, a panel discussion held at synthetic leather company Ultrafabrics’ Clerkenwell showroom, Jaguar’s Brand Design Manager Andrea Rosati explained: ‘Brands have new roles as proper political statements. They are known quantities which you [consumers] believe in. How they work is how you reflect yourself in their vision.’ 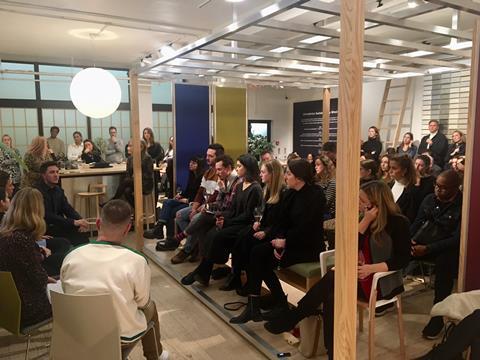 Debating brand and sustainability in the heart of Clerkenwell

In a wide-ranging conversation that centred around sustainability and featured the likes of the British Fashion Council’s Annabelle Morell-Coll, design journalist Roddy Clarke, and Nancy Diniz, course leader in MA Biodesign at Central Saint Martins, Rosati went on to explain the importance of his position within Jaguar from an environmental perspective. ‘We are trying everyday to influence how the car is designed and how it is produced,’ he said, before going on to add: ‘I think one of the biggest challenges is trying to educate the business and find the right way to maintain a narrative that is not just about sustainability.’

While he was always looking for new materials that would bring benefits to Jaguar’s customers, he believed it will take time to transform entrenched views. He believed that he was attempting ‘to influence something in a system that’s so hard to change. It’s trying to take things step-by-step… We’re trying to be as transparent as possible.’ And later he admitted that ‘there are markets which are not yet fully educated. We are providing more sustainable choices within our selection but, at the same time, we’re trying to push harder and harder on the sustainability of all the materials.’ 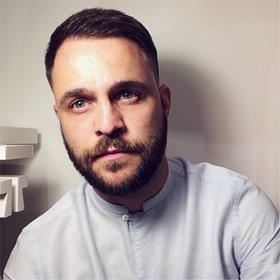 The most obvious sign of the company’s intent is its all electric I-Pace, which won a fistful of prizes at last year’s World Car Awards. ‘It can completely change the way you drive a car,’ opined Rosati. ‘We’ve tried to be sustainable not just through zero emissions but also with the materials you can select.’ However, he also made it clear that it’s more difficult for an established brand like Jaguar to re-invent its position than it is for some of the market’s newer players. ‘It is hard because there’s a huge social responsibility. You can’t change from one day to another. You have plans for producing cars you need to sell and you have people working for you. Other brands like Tesla are so young they can create their legacy.’

Jaguar’s future, he believes, will be focussed around collaboration with other industries to bring about a more sustainable future. ‘We want to share our knowledge,’ he concluded. ‘We want to understand how different companies work. What can we learn from them? And what can they learn from us? I’m really excited to see proper change… We’re trying to understand what the motor industry can be in five to 10 years time.’