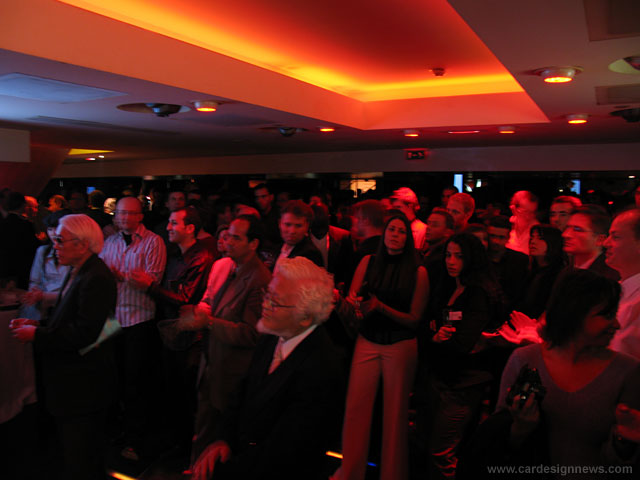 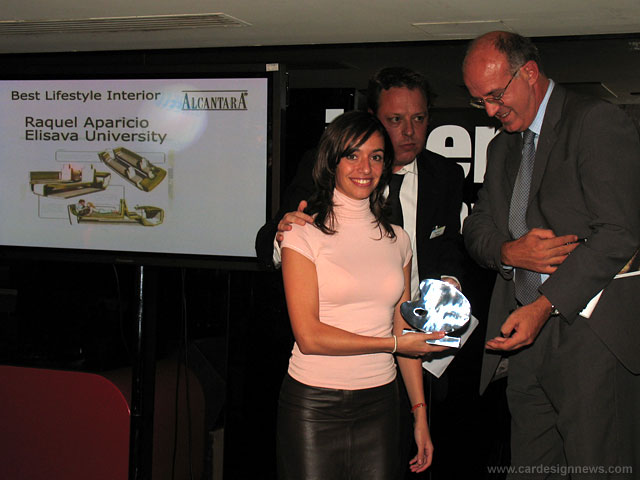 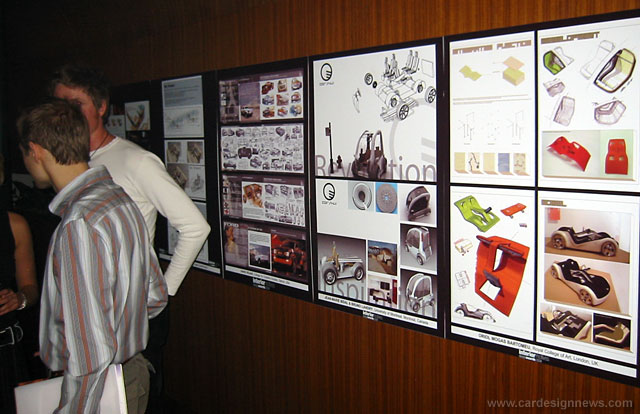 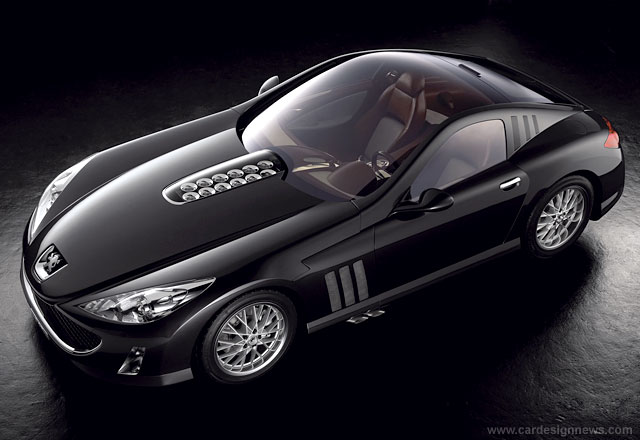 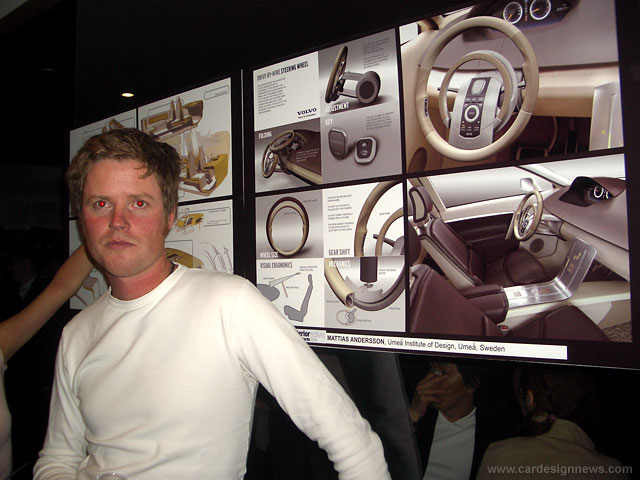 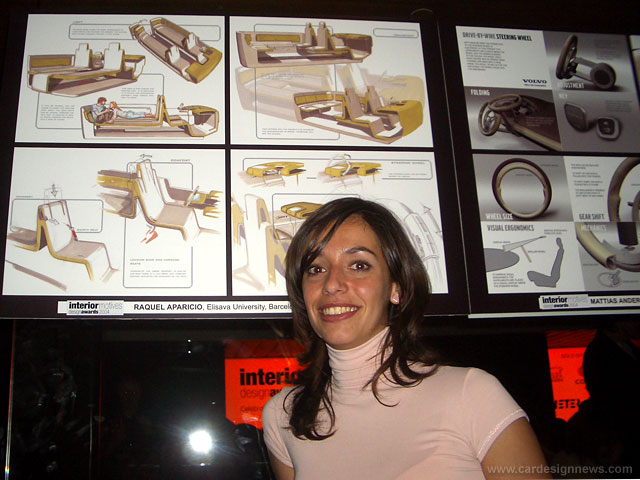 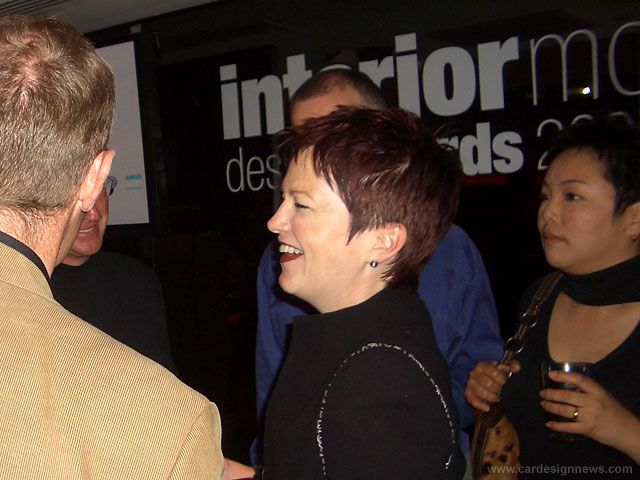 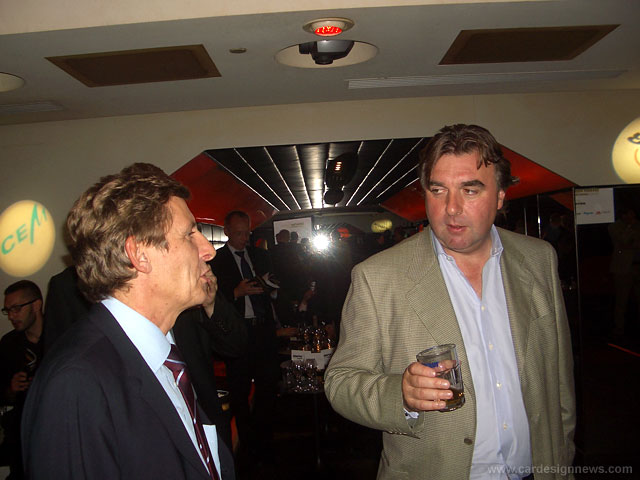 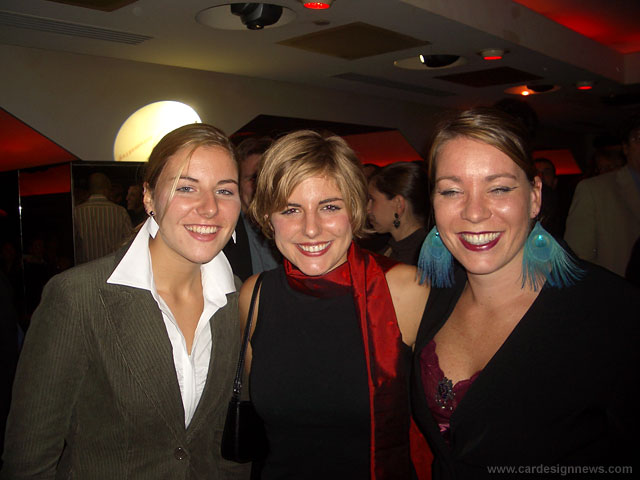 Oct 8, 2004 - After the second press day of the Paris Motor Show, designers made their way to Le Cab nightclub for the announcement of InteriorMotives Student Design Awards 2004 winners. Over 500 atttendees included leading automotive designers, design managers and top executives from automakers, independent designers and design studio personnel, as well as Tier 1 and 2 suppliers.

This annual competition gives the opportunity for students to submit their work for viewing by a prolific file of judges. Whereas previously the competition has focused solely on automotive interior design, the organizers have acknowledged the potential that interiors have to influence exterior design, with categories added this year specifically for concept and production exterior design.

The venue was ideally suited, Le Cab having an appealing interior layout in itself. Chairs gave way to large expanses of flat cushions, raised from the floor to just below the height of the isolated tables that stood like islands in its hollows. Elsewhere the cushions were lower and set in alcoves behind muslin curtains to satisfy any need for greater privacy/intimacy. The area for the awards saw the furniture more integrated into a raised floor, while the encircling organisers proved excellent hosts, all in all providing a great atmosphere.

Aside from all the meeting and greeting, the awards presentation itself saw four awards go to Spain, including best overall project, which went to Jacobo Dominguez-Ojea from the Royal College of Art, London. He received the winning trophy and a cheque for $5,000 from Thomas Apostolos, president of sponsor Intier Automotive. Originally created as part of the Fiat 'Pixel' joint project with the school, his work sees the exterior of the car being used as an interior for the environment around it, and questions the role of both in terms of interior package and exterior function. Jacobo also won Best Innovation Award.

The Fiat project also saw the inclusion of Oriol Mogas Bartomeu, winning Best Use of Technology. Working with textile designers, he blended technology into the fabric, so that instrument graphics were part of the weave. The interior itself is constructed of one piece of flat memory foam, laser-cut in the appropriate places so that the seats may be folded out of it. The Spanish invasion continued with Raquel Aparicio from Barcelona's Elisava University winning Best Lifestyle Interior Award.

Elsewhere, the award for Eco Design Concept went to a delighted Reginald Olushola Hingston, and Strate College's Gregory Vera was a deserved runner-up whereby the passengers form their own interior from a pseudo-sandpit.

Fengyou Gong from Germany's Pforzheim University won the Best Production Exterior Design Award, while the Best Concept Exterior Award asked for entrants to produce a vehicular solution for a non-automotive brand. This prize went to Mauricio Bedolla Gasca from Sweden's Umea Institute of Design for his recent graduation project, which looked to the values of the Victorinox brand. The Royal College of Art picked up the remaining trophy as Heung-Soo Kim collected the award for Best Conceptual Interior with his innovative use of light and glazing creating better communication between the driver and the car. He also made use of Bendywood for the seats, though at $15,000 each these may be too pricey for some!

The evening was enjoyed by all, and with exposure to so many senior designers, the InteriorMotives competition is becoming increasingly popular with their potential colleagues. The hunt for a suitable venue for next year's ceremony in Frankfurt has already begun.

To see details of the winners and finalist projects go to: www.interiormotivesawards.com 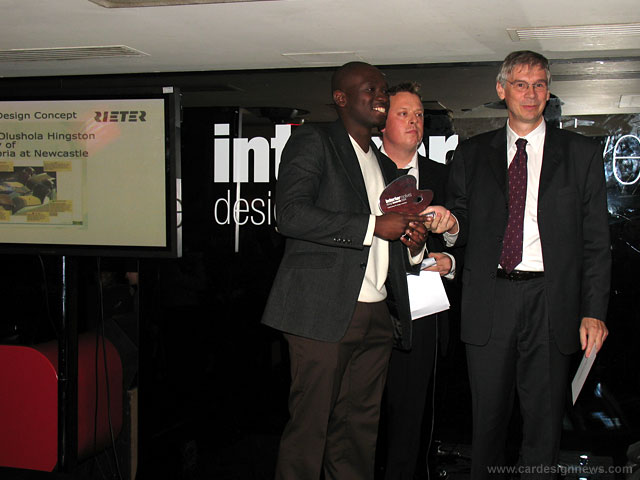 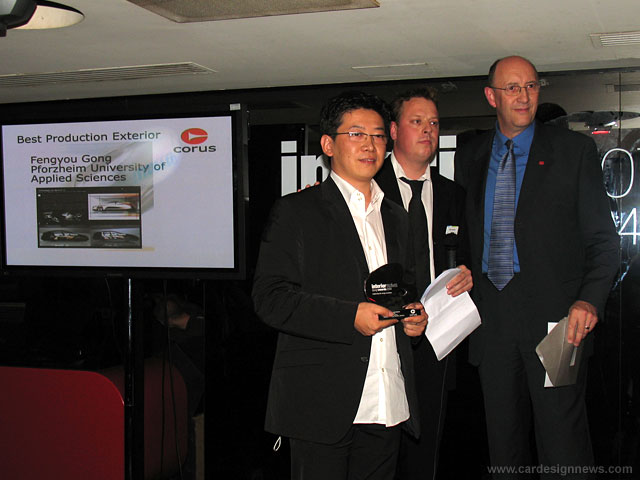 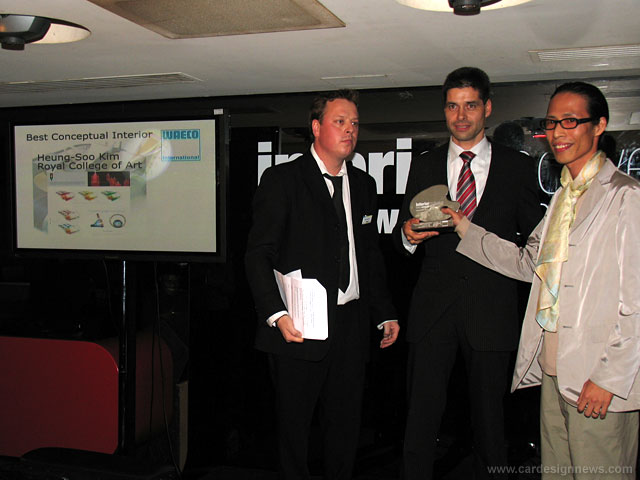 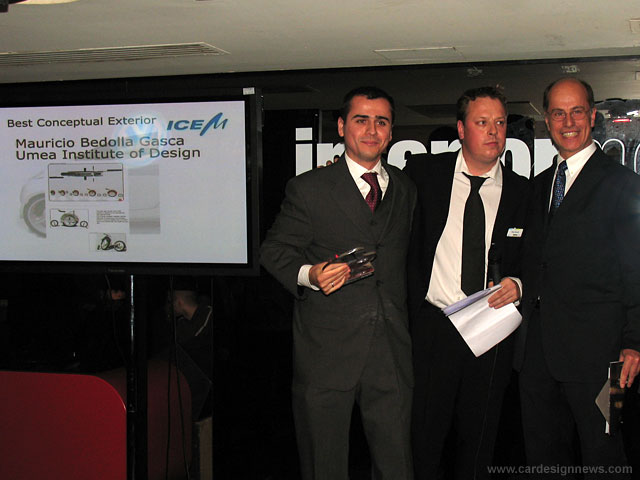