July 8, 2002 - The Academy of Art College recently presented the work of their best and graduating students at the Academy's downtown San Francisco locations.

Founded in 1929, the College now has over 5,500 students, making it the largest private school of art and design in the United States.

The brief was simple: "Concept of Passion: Coupster". Peugeot requested that the students design to a specific small sports car package, a sexy, sensual vehicle.

Says Vahe, "We would like you as designers to think with your emotions and not with your logic. In 'Star Trek' speak, this is a project for Humans and not for Vulcans!" Vahe requested that the students develop a new sensual form language in 3D for the year 2010.

Both Vahe Bouldoukian and Keith Ryder described the results of the project as successful, with a wide range of diversity from the seven students in the class. There were several proposals that were especially favored by Vahe and Keith, including the work of recent graduate, Jonas Chang.

Jonas explains, "With the objective of a 'new form language' in mind, my Coupster drew its main inspiration from world speed ski record holder Harry Egger. I was most interested by the liquid form and aerodynamics of Eggers helmet which led to a distinctive greenhouse architecture. The body of the Coupster was inspired by Issey Miyake's fabric design with sensuous folds and textures, I wanted to emphasize on the beauty of sheet metal and explore new surface treatment.

Also highly favored, was the proposal by the soon to graduate Carlos Trillo: "My main objective was to create a sports car that would point to the future and yet carry along a timeless or classic sense of beauty. My main sources of inspiration were French cars of the 1930's for their beauty and elegance on one side, and American sports cars of the 1960's for their raw power and sense of purpose on the other. The main challenge then was to combine these features into a simple, very explicit design. A car that would seem to say, right from the general proportions to the details: I'm a sports car. No apologies. That is, in a very French kind of way. I think the goal was achieved."

The long front hood and dynamic, upright greenhouse treatment of the Coupster by You Jung Kim, draws inspiration from modern sculpture and furniture design. The exterior forms demonstrate his attempt to play with light, shade and shadow in a harmonious way, while still expressing true automotive passion. You Jung's solution is not necessarily in the sports car image, but rather it portrays a more elegant and mature approach.

While he was criticized for his radical wheel proposals, he was quick to point out that in concept form, these do not express a realistic solution, but rather to propose a challenging alternative to wheel and tire manufacturers.

With no excuses, Ricky Rosas finds his passion from the hot rods he grew up with in California. Ricky gave himself the challenge to interpret this expression with a French badge, and has convincingly created this hybrid. Exposed rear wheels and a very modern, fluid front end, are the key ingredients. Choosing not to follow the 'chiseled edge' approach, Ricky has embraced the fluid form language while maintaining the passion of the classic hot rod.

Giuseppe Della Sala was inspired by the classic curves and hard edges of musical instruments, especially the violin. His Coupster features a dramatic back light, and a form that seems to extend from the front hood, through the car, to finish at the classic high sports car Kamm tail. The subtly of form in the body sides is not clearly seem in photos. Unique headlamps in the bonnet surface employ existing fiber-optic technologies, and open the possibilities for new lighting graphics fort the future.

Darren Fields chose to take the Peugeot lion in a literal way, and has created form expression that emulates not only the lion face, but also the sleek body forms of lion in the wild. Darren's complex integration of new forms and challenging graphics were viewed as a very good starting point for further development. The 'face' of his car was seen as being very 'Peugeot' while the rest of the car follows from this aggressive and dynamic point.

Both Vahe and Keith were enthusiastic about the results of this project. They are comparing the student's work with similar sponsored projects held at other colleges recently, and one can only speculate on whether these proposals will lead to further collaboration in the future.

The AAC Industrial Design Department is located in a 30,000 square feet warehouse facility which includes classrooms, studios, workshops and computer labs. The department is situated at a warehouse on Van Ness Avenue, Pacific Heights.

For more information on the Academy of Art College, this project, and the students involved, visit the school's website: www.academyart.edu 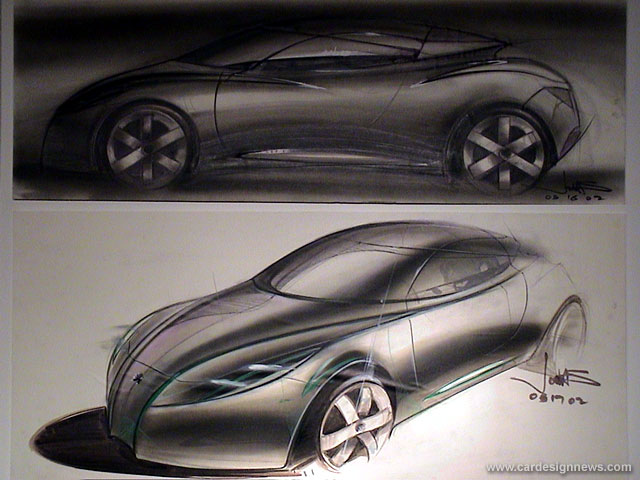 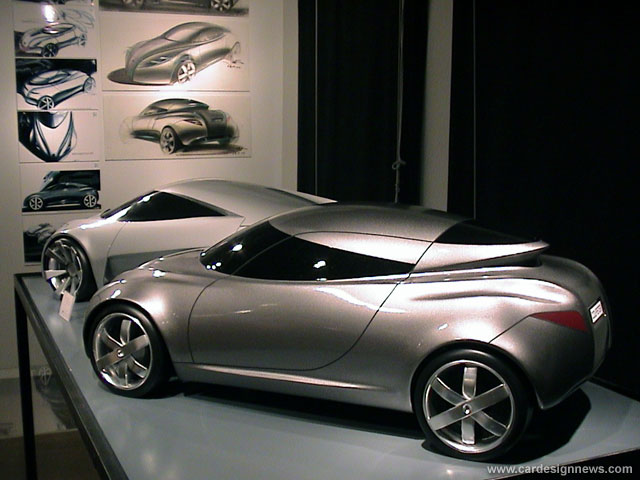 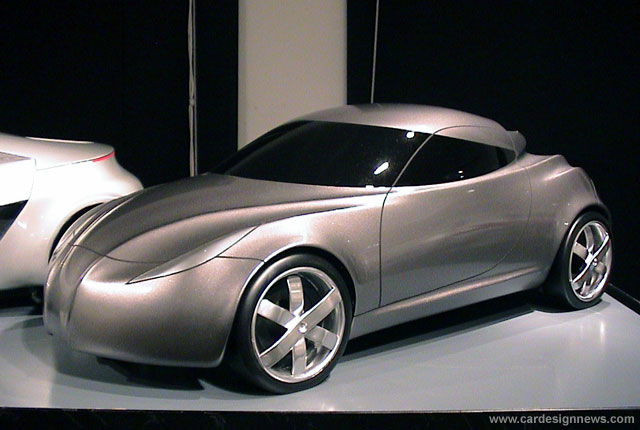 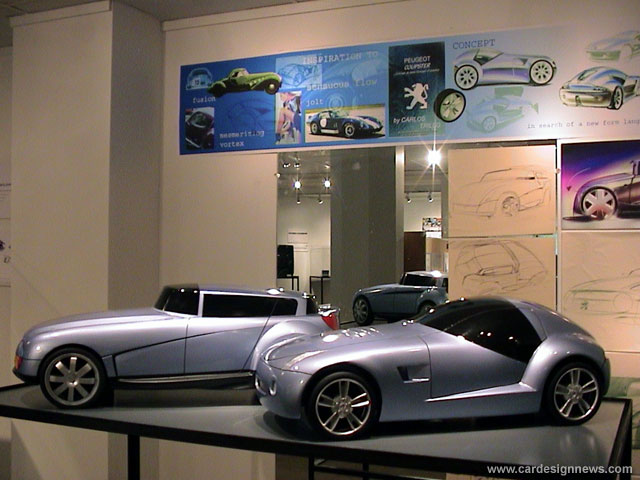 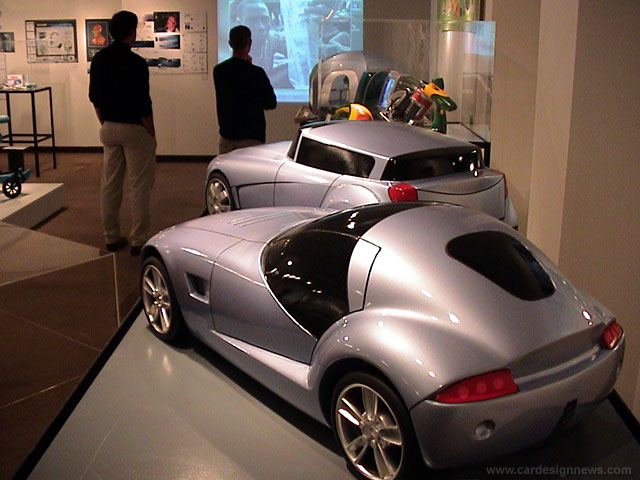 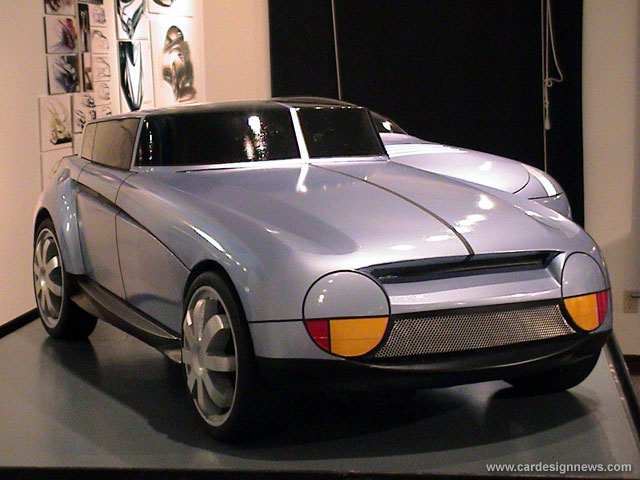 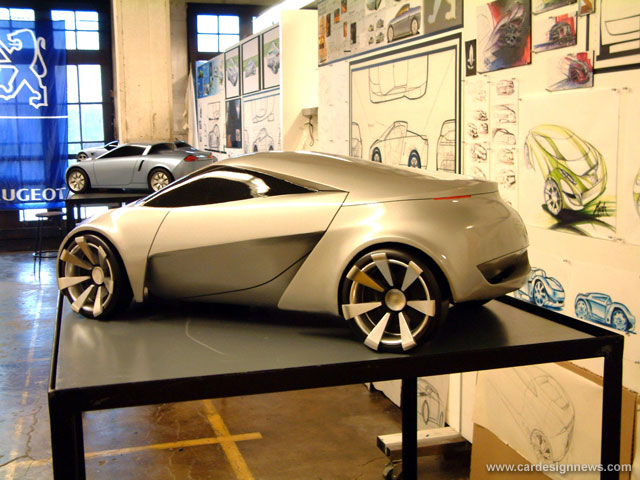 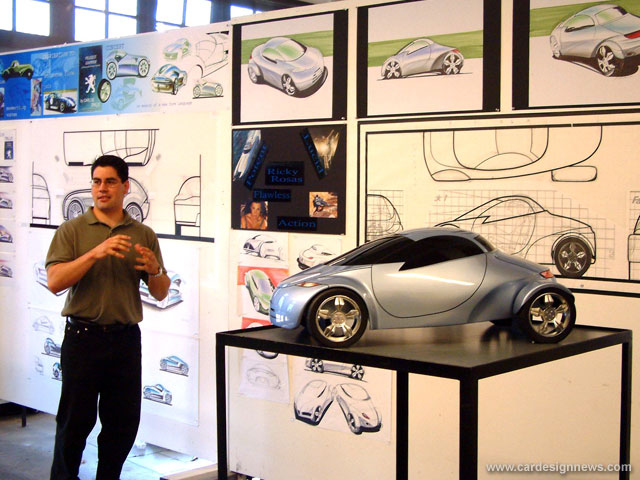 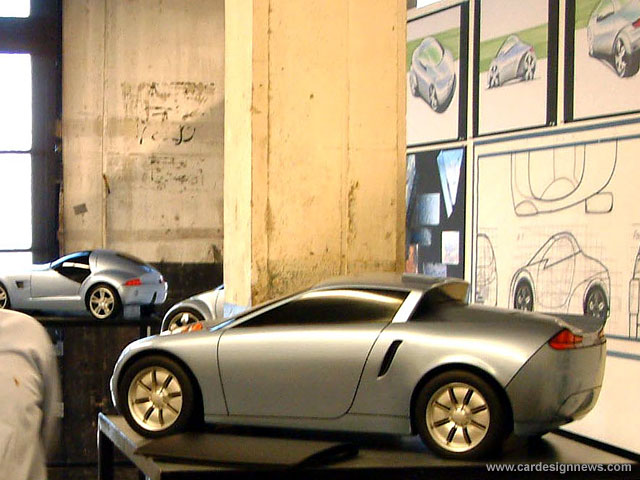 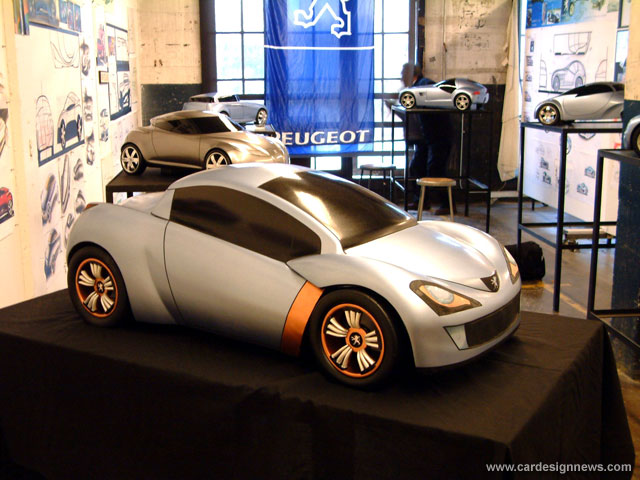 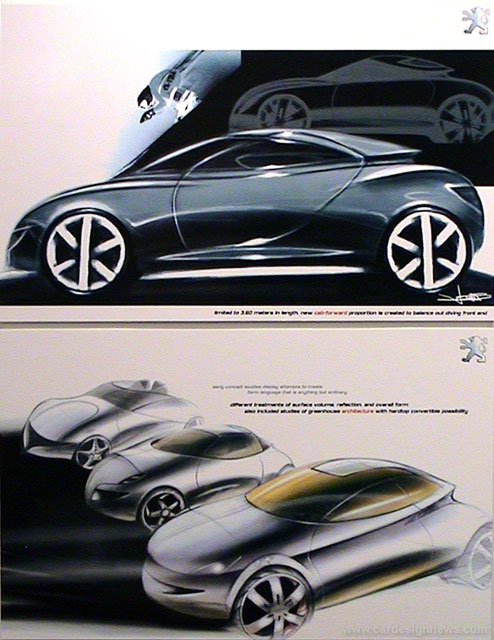