The winners of the Autocar Awards 2001 and the European Car of the Year were announced at a ceremony in central London on November 20. The awards, presented by leading British motoring magazine Autocar, celebrate the year's highest achievers in 10 categories, from all fields of the motor industry, and include three design awards.

The proportions and stance of classic Jaguars from the 1950s and 1960s inspired the look of the R-Coupe, where strong, geometric forms underpin the car’s flowing lines. First shown at the Frankfurt Motor Show in September, the R-Coupe sets the direction for future Jaguars, stressing simplicity and elegance.

Ian Callum said "It truly is an honour to be awarded this highly respected industry accolade, especially in a year where so many fantastic designs have surfaced. Both myself and Julian are very proud of what Jaguar's design team has achieved in R-Coupe."

Julian Thomson added "The judges are drawn from very important backgrounds to automotive design; from the industry itself, from design education and the media. We are ecstatic to be honoured by such a panel."

The Design Award went to Volvo's Safety Concept Car (SCC), first shown at the Detroit Auto Show in January. The judges chose the SCC as a though provoking and attractive design that works on many different levels.

Apart from previewing the next generation S40 and V40 models, and exploring the possibility of an estate/coupe crossover, it is also a working prototype that demonstrates groundbreaking new safety ideas.

The architecture of the SCC has hints of the 1970's Volvo 1800 ES, but in an original and modern form. The SCC was designed at Volvo's California design center.

This year Autocar challenged children aged 16 or under to design a new Land Rover. All entrants received a free set of Lego Technic off-road wheels with which to build their model, and the response was staggering. Sponsored by Autocar, Lego and Land Rover, the first prize is a week in the Land Rover design studio, a high tech 2,2000 Land Rover mountain bike and two sets of Lego Technic.

David Macknally from Tadley in Hampshire was the overall winner. David made his model using a jigsaw, high-density foam, filler and spray paint. He took pictures of his finished model in a setting he had designed with pebbles to send with his entry.

Previous Autocar Young Car Designer competitions have produced winners who have gone on to work with some of the world's best known car manufacturers - so the standards are very high. This year's panel of judges included Geoff Upex and Gavin Green of Land Rover's design team, Steve Cropley and Rob Aherne from Autocar, and Eric Ravn, LEGO designer.

"We were very impressed with the standard of the entries we received this year" stated Rob Aherne, editor of Autocar. "It was very difficult to chose a shortlist from so many great entries, but the shortlisted four designs were really fantastic and it is great to see both girls and boys entering the competition. "The ages of the entrants started from as young as 4 and 5 and many of these children showed a real understanding of what modern car design is all about."

Geoff Upex, Land Rover Design, stated that the competition is really encouraging for young car designers: "The designs we received this year were fantastic with models made from every type of material, from clay to cardboard. It really is encouraging to see such interesting models demonstrating the future talent of British design."

Car of the Year

The European Car of the Year award went to the Peugeot 307. The Car of the Year Award, sponsored in Britain by Autocar magazine, is considered to be the highest accolade in the European industry. First established in 1964, the Award is made by a judging panel comprising 55 motor industry journalists throughout Europe.

The event also featured the first showing of the 3PV concept, a joint design project by TWR and Autocar, to develop a three-cylinder, three person car. Look for our story on the 3PV project next week... 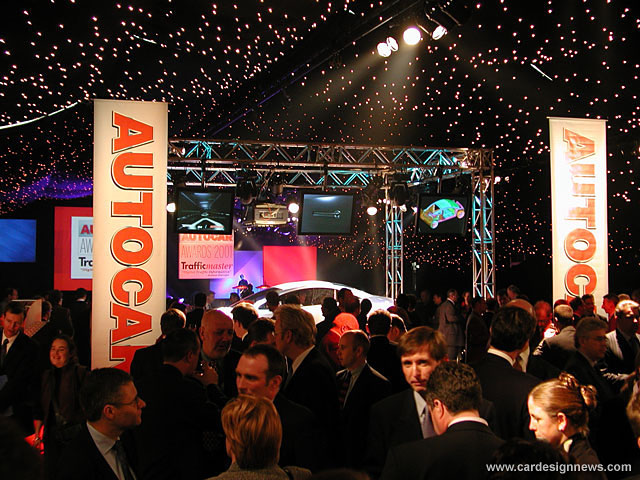 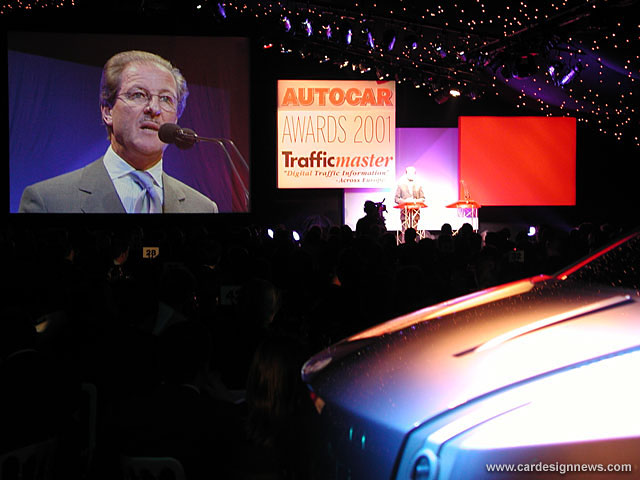 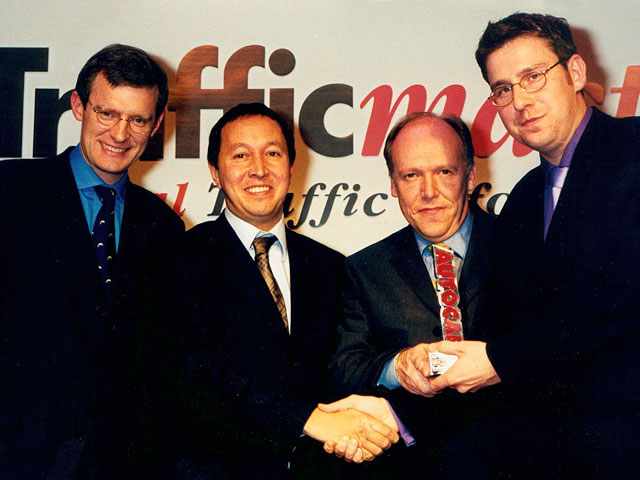 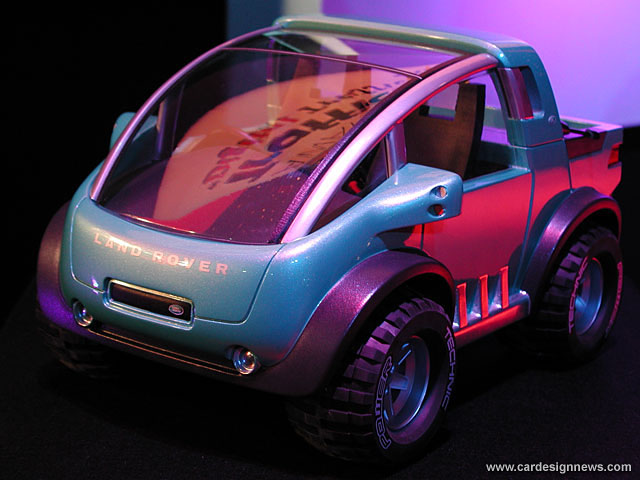 The winning design by David Macknally 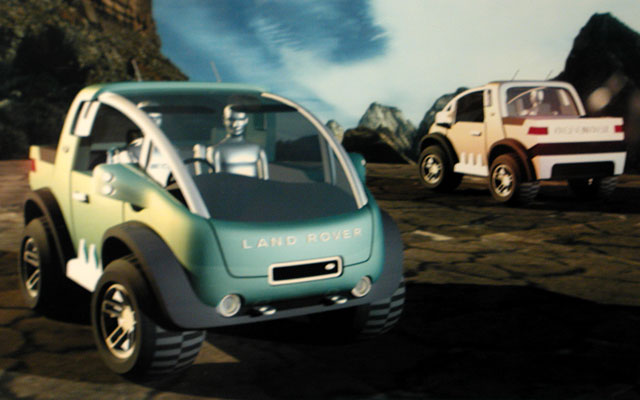 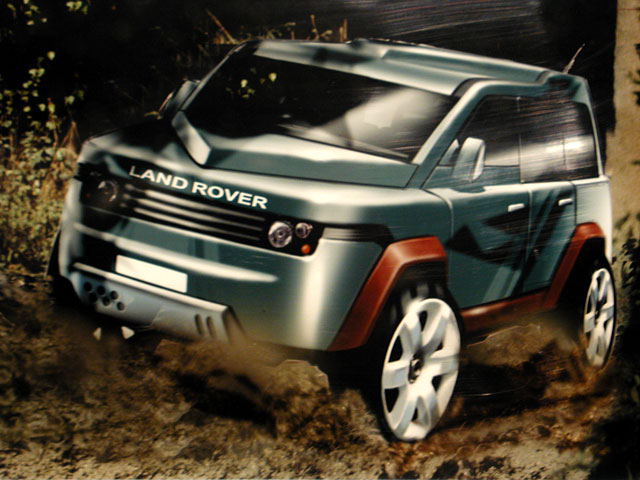 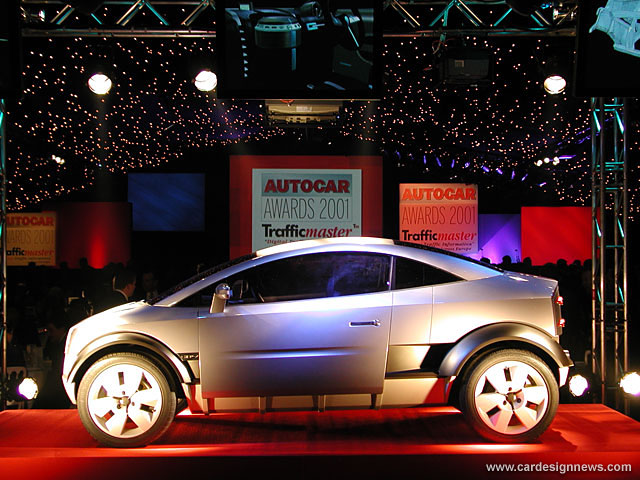 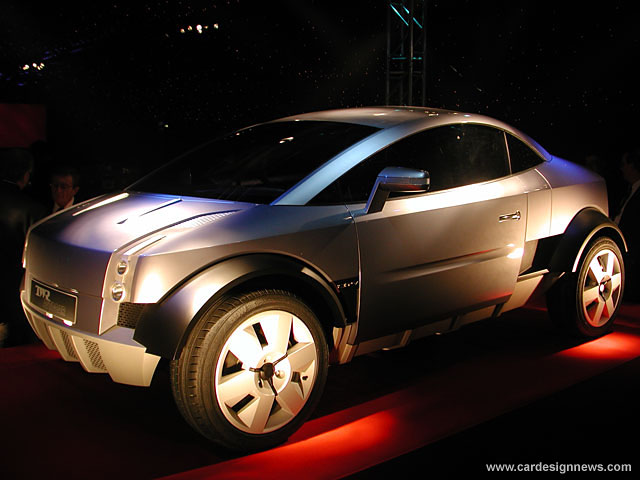