All the news we couldn't fit on the front page

Mitsubishi Motors Corporation has announced the appointment of Mr Olivier Boulay as the head of its Design office. Currently employed by DaimlerChrysler in a senior design capacity, Mr Boulay's appointment will bolster the capabilities of MMC's design division.

As part of a new management structure, the Car Design Division comes under the direct control of the Chief Operating Officer so as to promote the development of innovative products. Also under the new management structure, the merging of car development and marketing strategy units reflects the new priority the company places on customer needs and preferences as it shifts away from more engineering-oriented development.

Mr Boulay's appointment is to be accompanied by a wide-sweeping review of the company's global design organization, and will see the development of a new MMC design identity in future models.

If you still haven't seen the Concept Lab Volvo website, get on over and check it out: www.conceptlabvolvo.com

Launched at the time of the 2001 Geneva Motor Show, Concept Lab Volvo gives visitors direct contact with the Volvo Cars product development department and its experts. Visitors can submit questions and put forward their viewpoints on-line to the key persons behind today’s Volvo cars – and those that will emerge tomorrow.

“A truly smart carmaker will not be satisfied with displaying and selling its products on the Internet. With this project, we also aim to give our customers the possibility of playing an active and important role in our product development. Concept Lab Volvo is an ideal means of testing our ideas and of securing invaluable input early in the development of new models,” explains Hans-Olov Olsson.

The site serves as an open channel for contact with key people at Volvo Cars. Question-and-answer forums are open every Monday to Thursday between 4 pm and 6 pm CET (Central European Time) and the subjects for discussion alternate between design, safety, the environment and driving experience.

DAEWOO’S UK technical centre, which employs 160 engineers and designers, has been bought by TWR, the racing car and vehicle-engineering group based in Witney, Oxfordshire.

The future of the technical centre in Worthing had been in doubt since the restructuring of the bankrupt Korean car company began last year. The sale has resulted in transfer of employment to TWR for all staff at the centre.

Craig Wilson, managing director of TWR, said: “The facilities and resources at Worthing are complementary to TWR and support our plans for a greater international profile.” TWR, which employs 600, has other divisions in Australia and Sweden. TWR Engineering provides the motor industry with fully integrated services in vehicle design, engineering and manufacturing.

Daewoo Motor commenced engineering operations in Worthing in 1994 and, following a significant investment, created a European research and development facility.

The centre has worked on Daewoo products such as the acclaimed Matiz city car as well as some innovative concept cars and future technology.

For automotive, transportation and manufacturing companies needing a kick start in the creative department, frog design will host a one-day creativity workshop in its studio in Ann Arbor, Michigan. The event, scheduled for June 6, 2001, will be co-sponsored by Automotive Manufacturing & Production magazine - a monthly trade publication covering the auto industry from design through delivery.

Led by frog's Mobility Director Dan Sturges and Volvo's Chief of Strategic Design Douglas Frasher, the workshop will focus on the creative process and give attendees recommendations, insights and ideas on how to be an innovator. How do you think outside the box without leaving reality behind? Where will your company's next "big idea" come from? What can be gained by changing the way you think about what you do?

Limited to just 40 people, the workshop will be a combination of shared processes, demonstrations and an exercise developed specifically for Leap:frog. For more details, or to register, contact Dave Roznowski at: +1 (734) 416 9705, or go to www.autofieldguide.com. 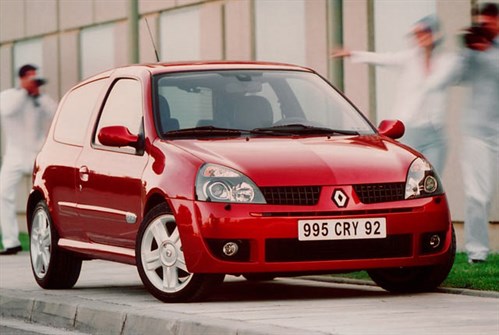 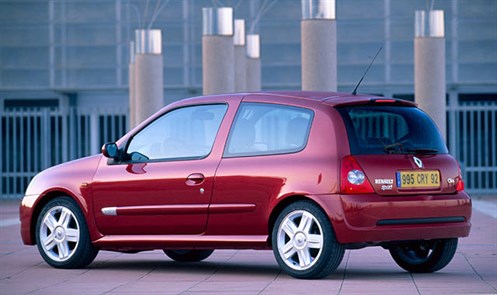 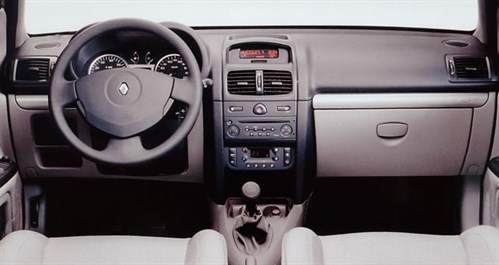 Renault has introduced the next evolution of its Clio, three years after the car’s launch. The New Clio’s front end sports the new brand identity as seen on the Renault Vel Satis. The Renault ‘Diamond’ "hangs" centrally in a dihedron-shaped grille, while new twin-element headlamp units, with high mounted indicators, are taller and rise along the body sides. The front bumper fascia features a bold graphical theme that links to the new lamps, and new bodyside moldings continue the theme established on other recent Renault models.

The design of the rear has also evolved, with a revised bumper facia that uses graphical elements to accentuate the existing feature line of the C-pillar. Rear light clusters have also had a design change with the reversing lamps and indicators located in a central ‘crystal’ ellipse.

A bold Renault badge appears in the centre of the boot lid, as part of a new emphasis on the Renault ‘Diamond’ logo on all new Renault models. The badge also incorporates the hatch release.

The interior features a completely redesigned fascia in order to incorporate new automatic climate control and a Carminat satellite navigation screen. Thanks to the use of multiplex wiring, other new features can also contribute to occupant comfort, including a combined rain and light level detector, climate control, and the latest-generation GPS-based Carminat Navigation system with real-time traffic information and colour screen.