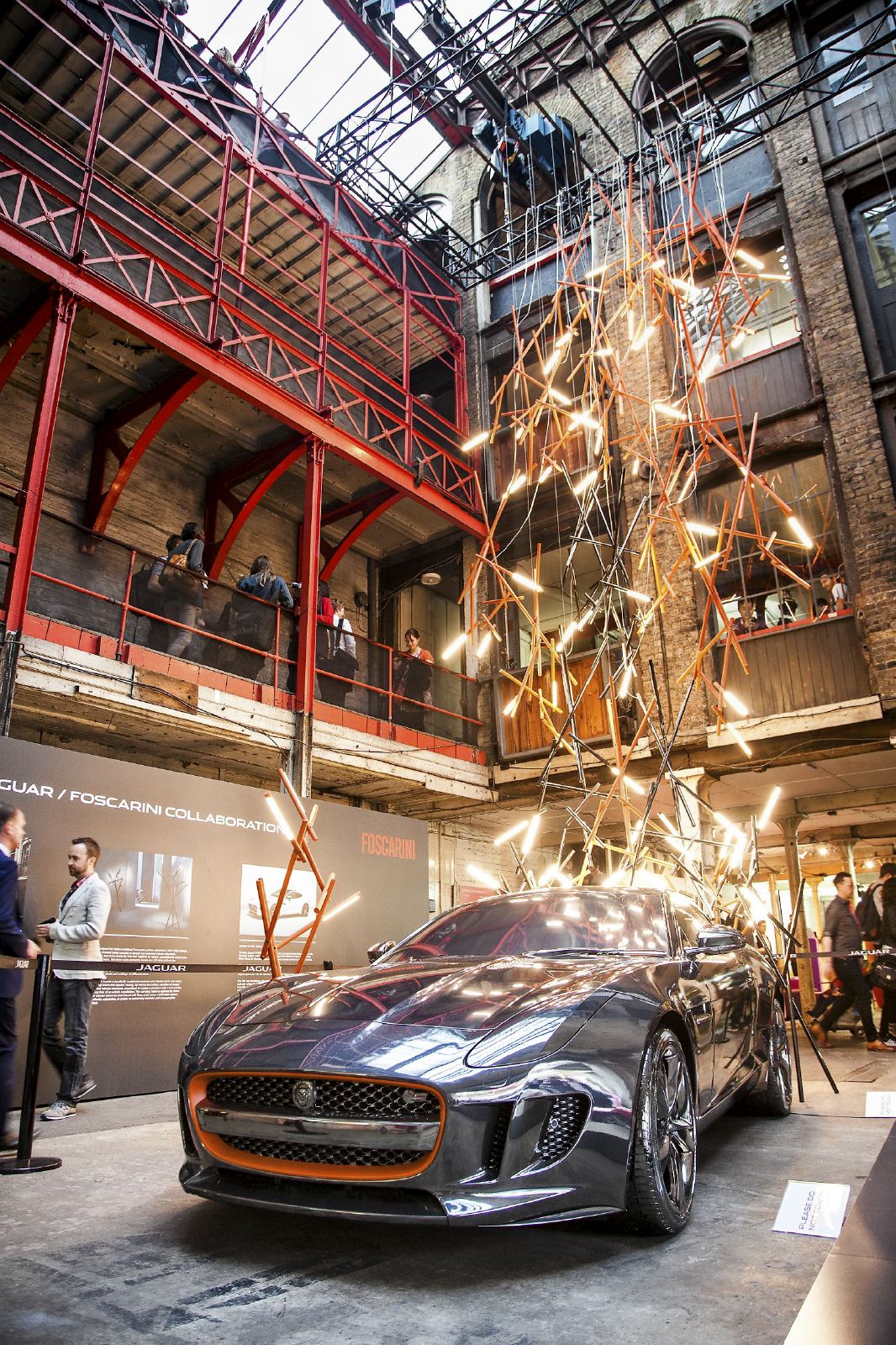 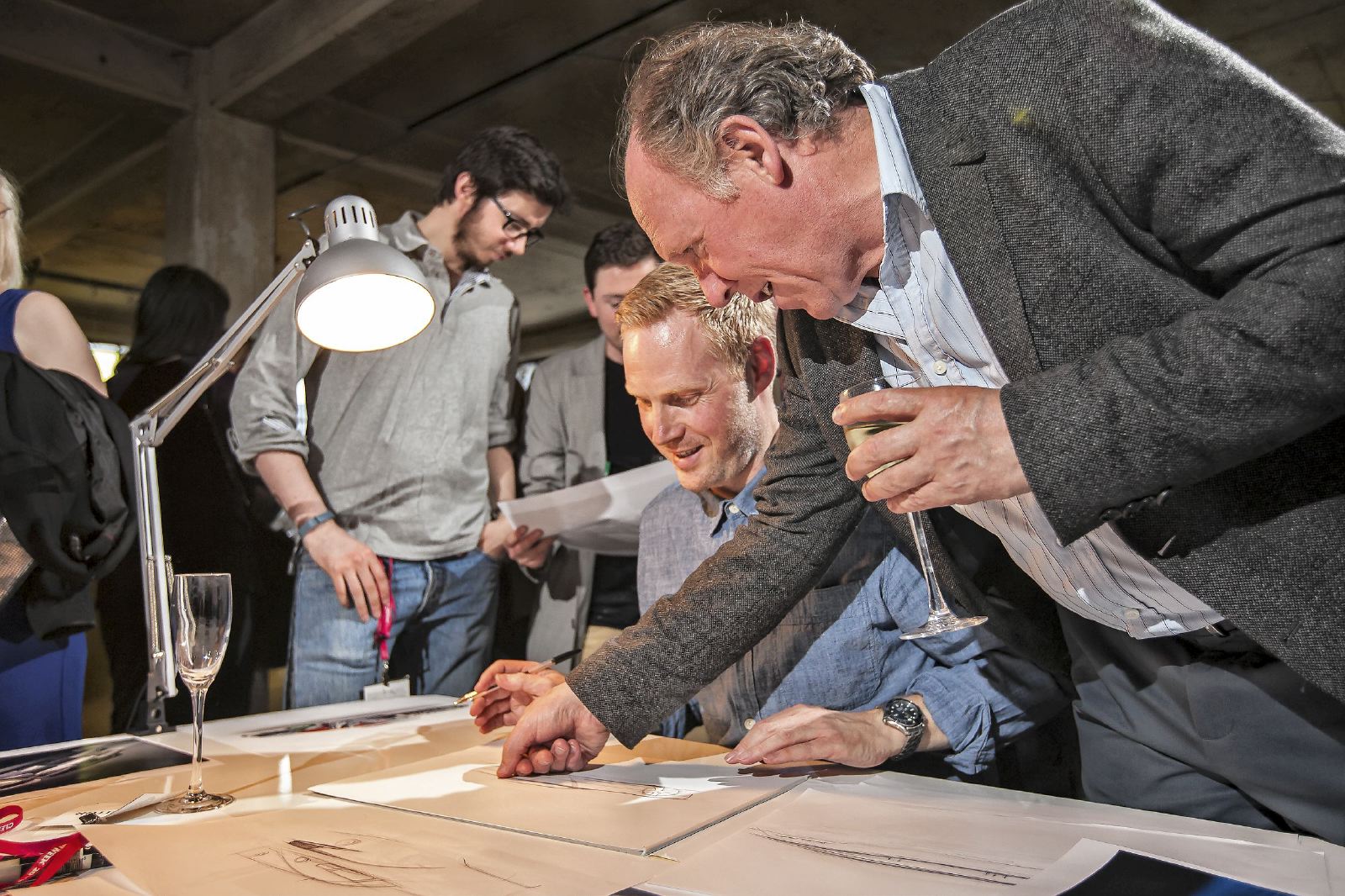 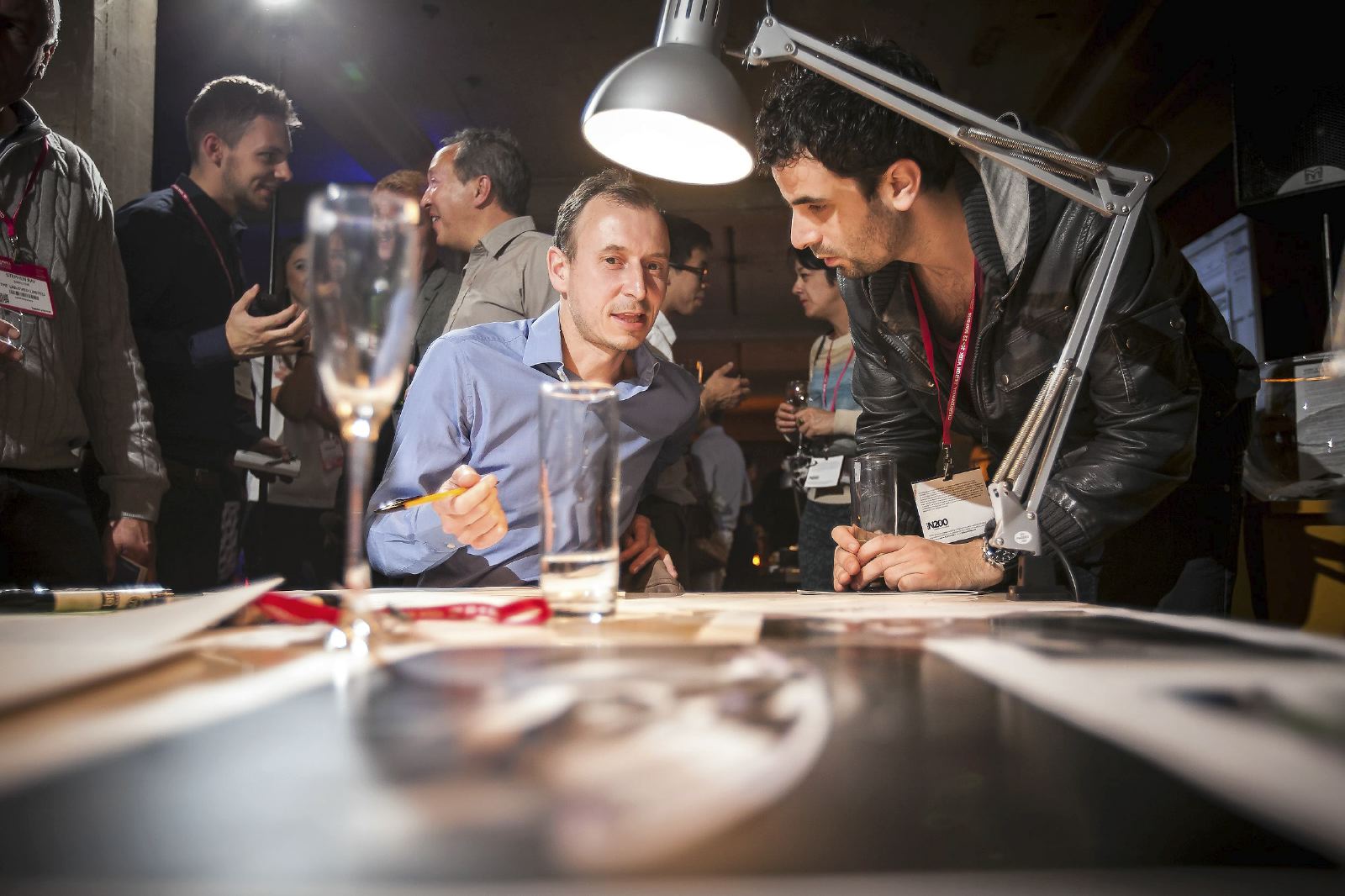 Five of Jag’s Advanced Design Team, plus director of design Ian Callum, were in attendance 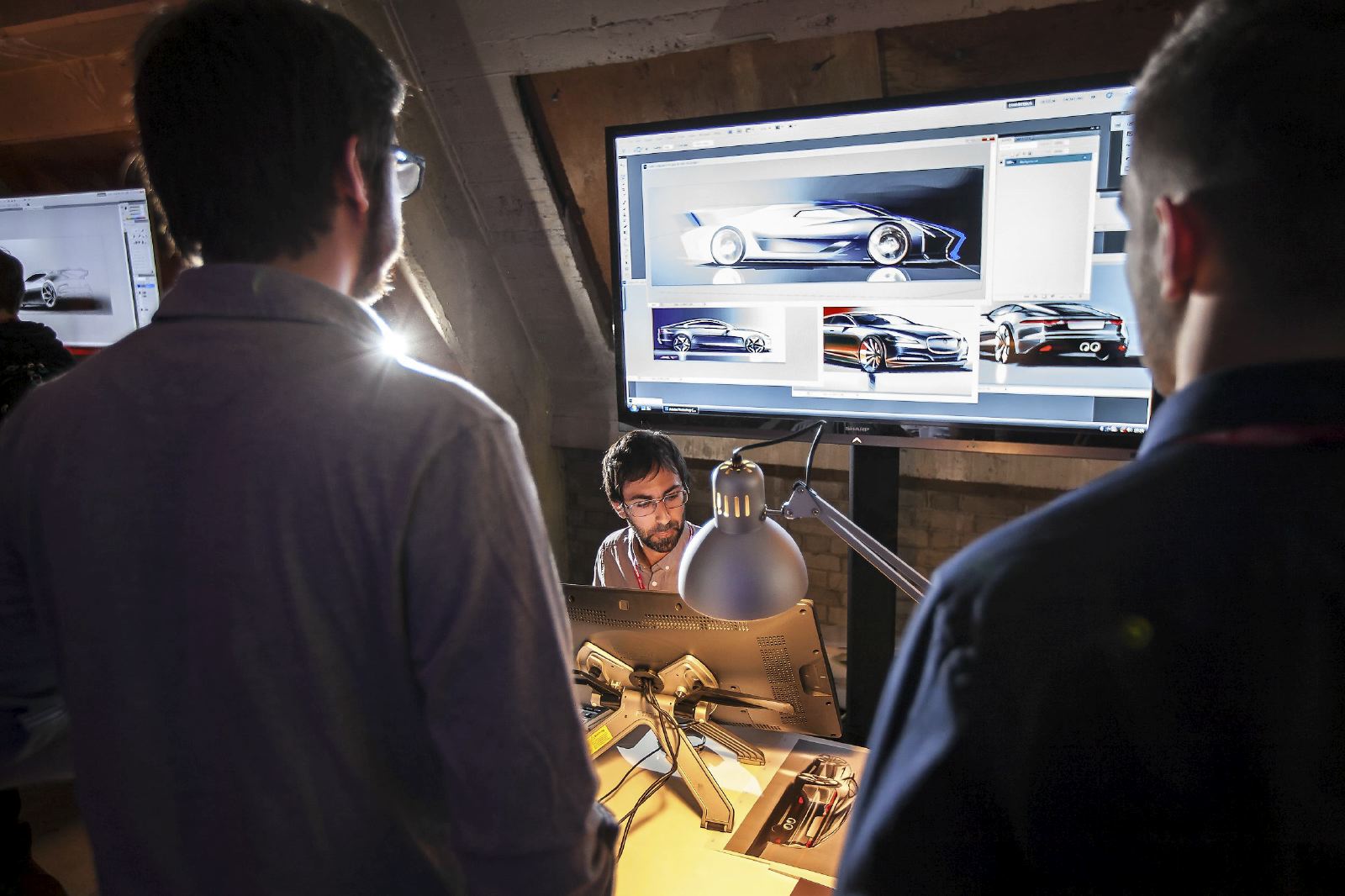 Guests could see each designer’s work on big screens

Clerkenwell Design Week might not mean much to car designers more used to motor shows like Tokyo or Geneva. But the five-year-old event is fast becoming a fixture in the broader design calendar, and has been sponsored by Jaguar for the past four years for good reason.

In simple terms, Jaguar wants to be seen (and respected) beyond the automotive realm: “We want to connect with other designers and have our designers learn from designers in other fields,” advanced design director Julian Thomson told Car Design News. 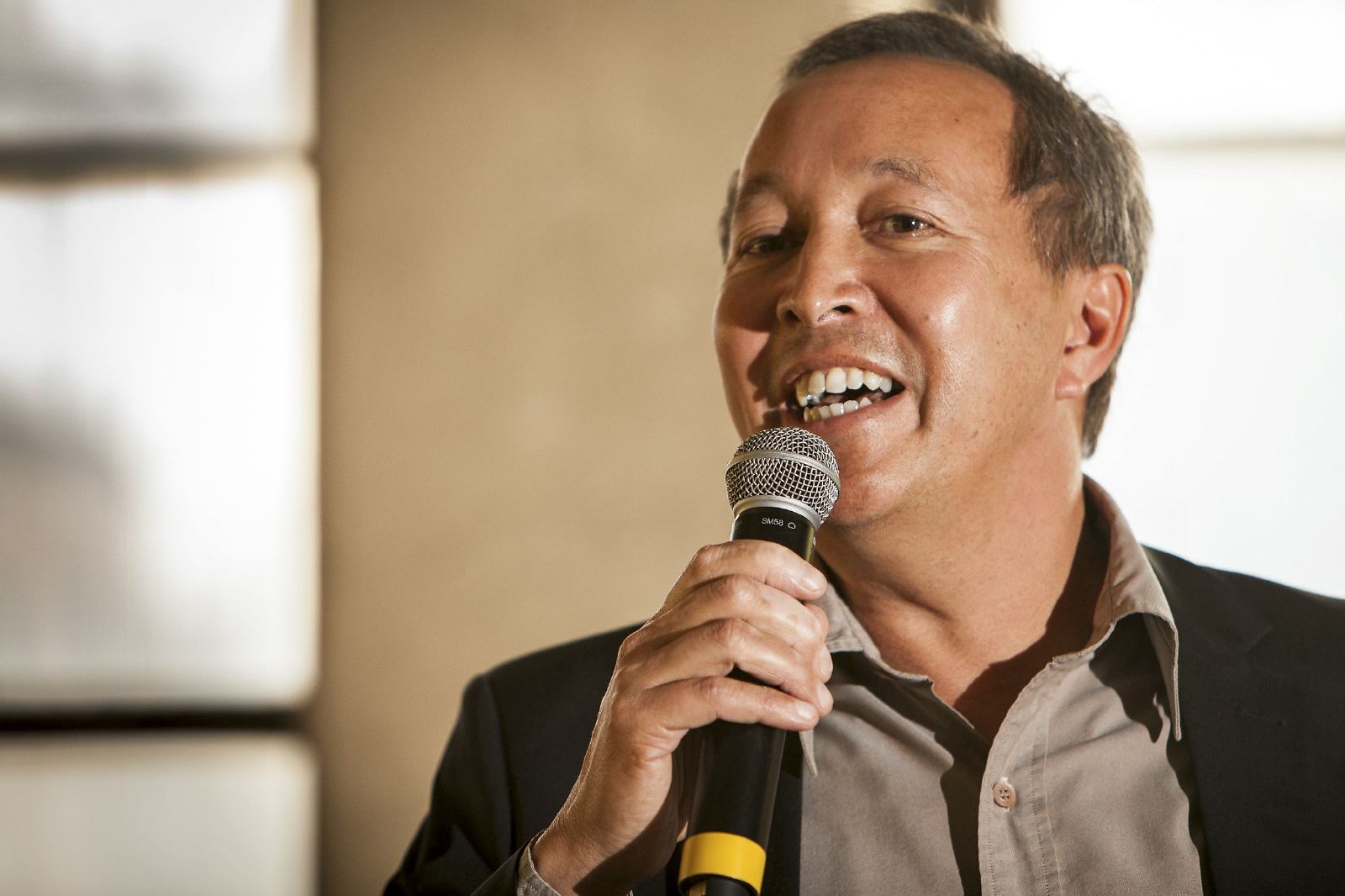 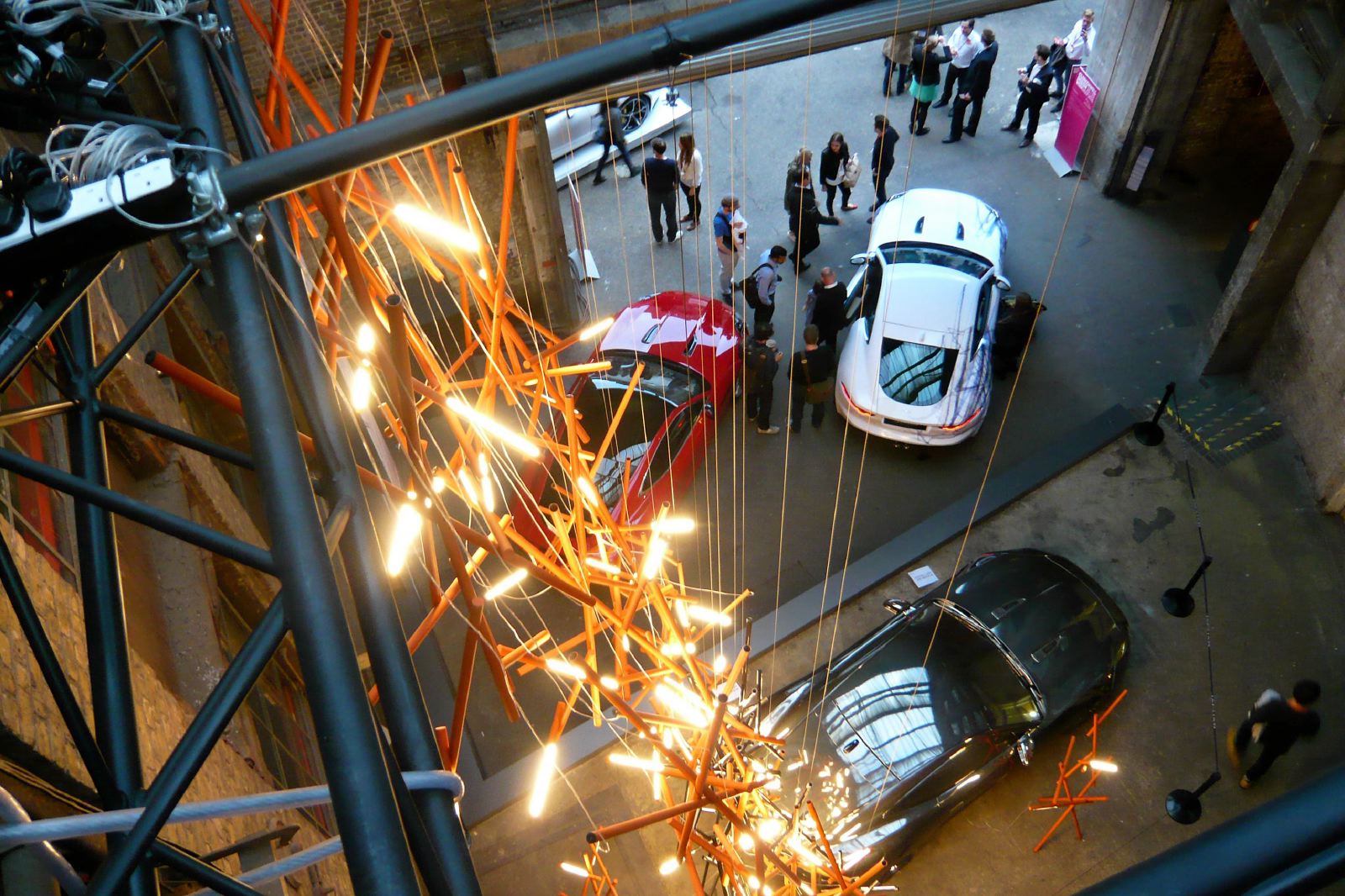 Looking down on Jag’s show installation 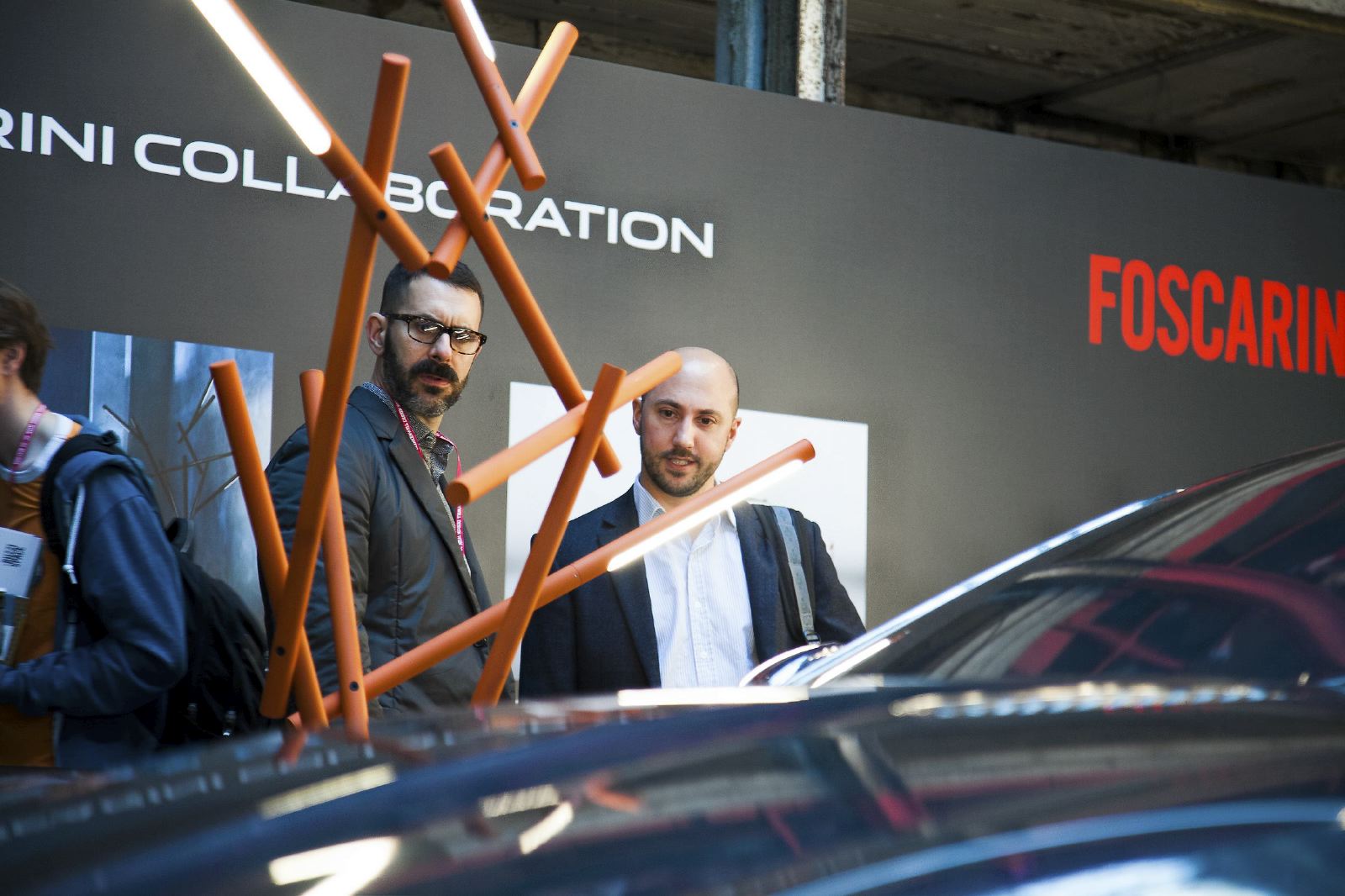 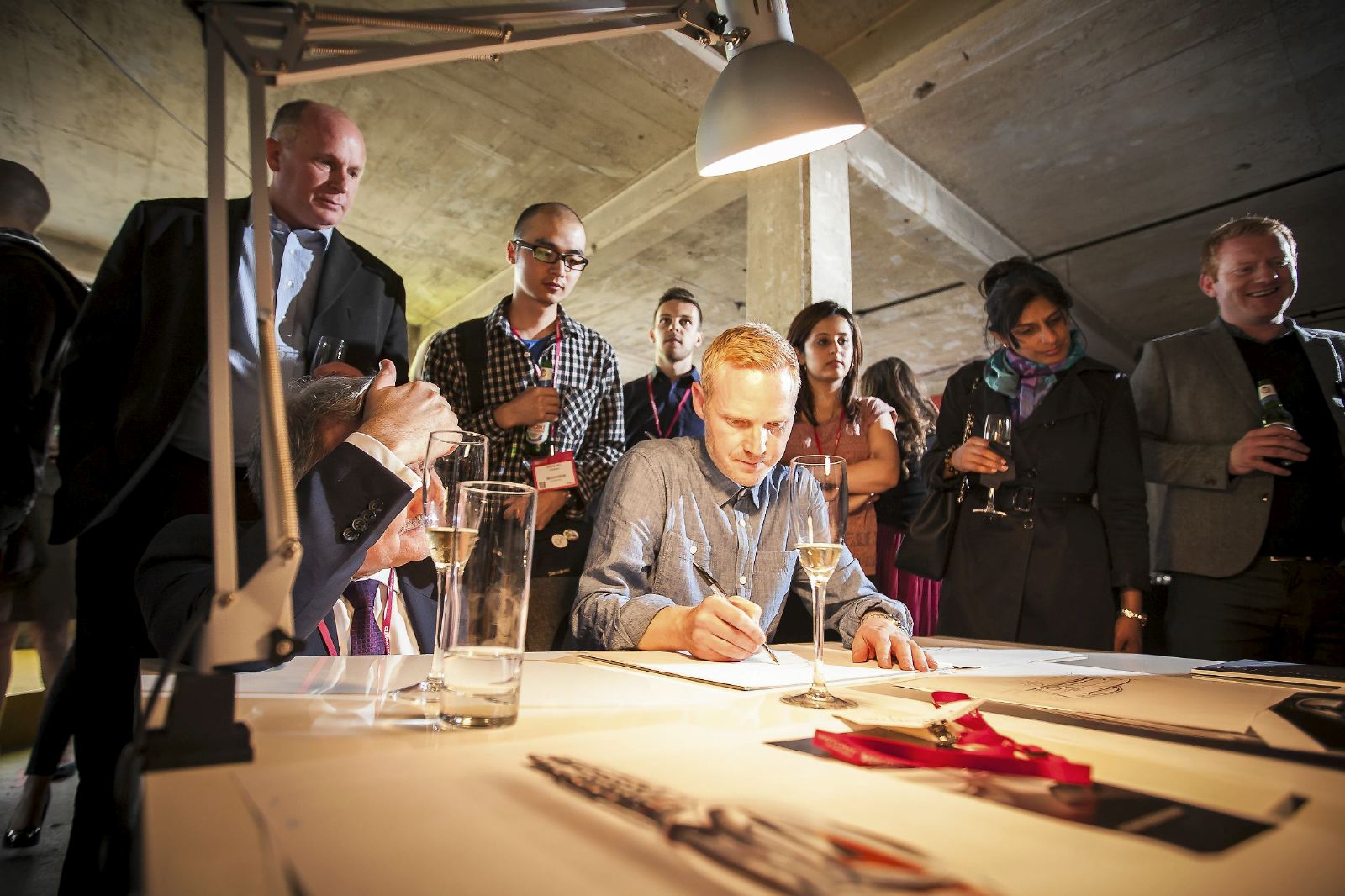 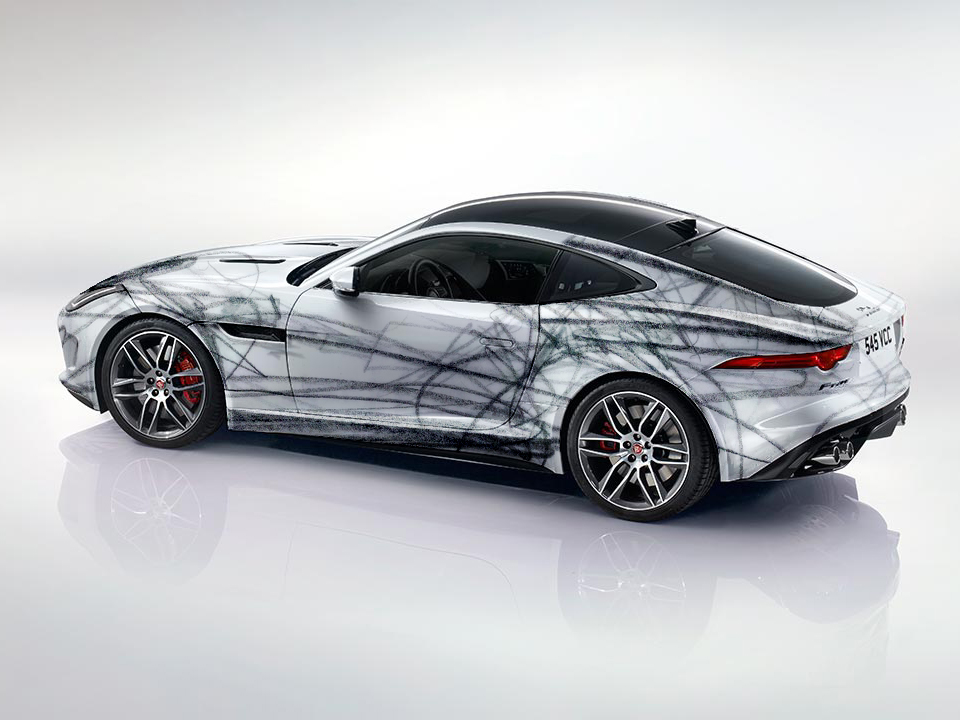 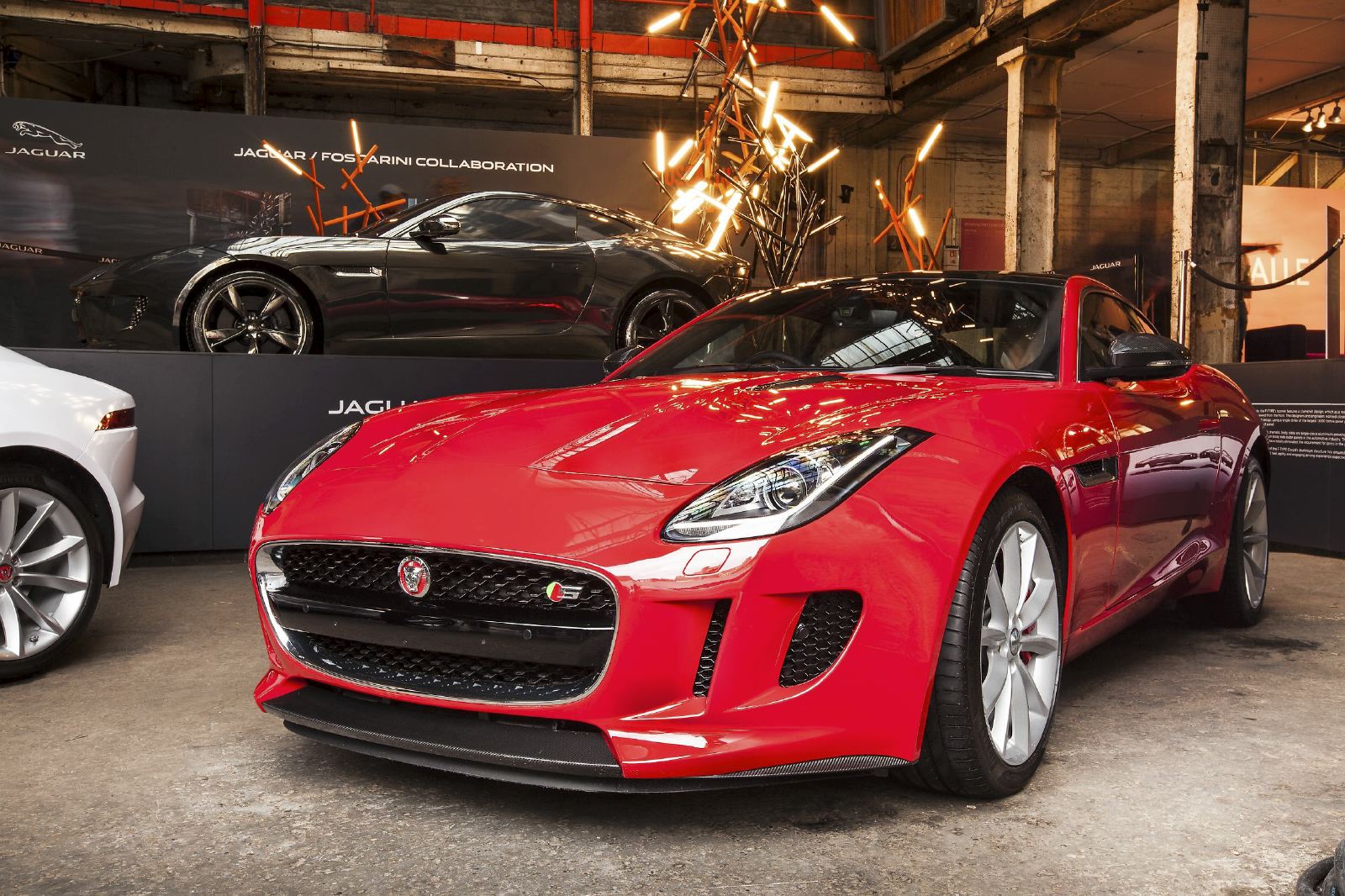 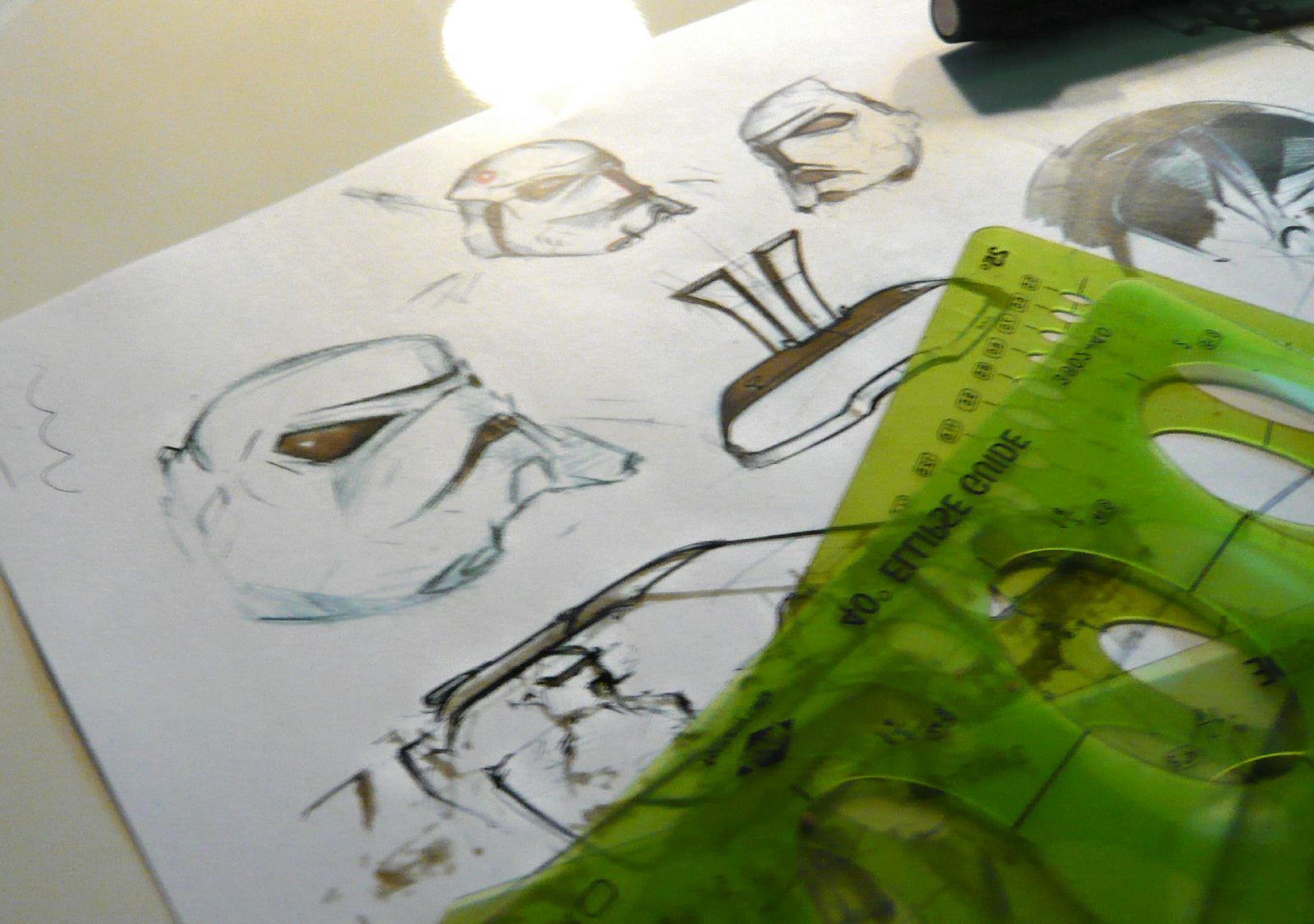 “It’s a real challenge to our designers when we say we’re going to do something at these fairs as you want to show your brand in the best possible light and demonstrate more intellectual depth. We do Milan Design Week as well and are interested in all of these kind of events, but Clerkenwell [in particular] has been a very good platform for us.”

The central-east district of London has been associated with manufacturing for hundreds of years - including watch-making, book-binding and silver-smithing - but in the last few decades it has become a hot spot for new creatives drawn to the area’s unusual variety of architecture and well-connected location.

Indeed, Clerkenwell now boasts more architectural practices per square mile than anywhere else in the world (more than 200), numerous media and design businesses and more than 60 design showrooms including Vitra, Poltrona Frau and Knoll.

The Clerkenwell show acts as their collective showcase and, being conveniently situated across a variety of venues within a small area, guarantees good local footfall as well as attracting an increasingly steady stream of visitors and exhibitors from around the globe (the 2013 show had 50,000 registrations and featured 250 exhibiting brands).

For this year’s event, which ran from 20-22 May, Jaguar teamed up with Italian lighting firm Foscarini for its main installation in the atrium of the ruggedly industrial Farmiloe building.

It involved a dark grey vinyl-wrapped F-Type Coupé with orange accents that matched the colors of Foscarini’s Tuareg LED lamps cascading down from three floors above, meeting the car at its rump.

The whole ensemble suggested the potential movement of the car, and also looked a bit like the Jag had fallen right out of the sky and right through the building’s roof.

Elsewhere, a white F-Type was wrapped in vinyl featuring a design made up of multiple charcoal strokes roughly accentuating its curves - the winning entry from a social media campaign on Twitter and Instagram to express ‘fearless design.’

More interesting and interactive goings-on were to be found on the third floor of the same building. Here, Jaguar had set up a pop-up design studio where a few of its designers were on hand to take sketch requests from visitors, including Royal College of Art tutor and designer Peter Stevens. Suggestions included everything from imagining a reborn XJS to a future Le Mans winner.

Guests were given free access to walk among the tables and peer directly over the shoulders of the drawing team on display - including Hugo Nightingale and Adam Hatton - and many seized this opportunity to talk with the designers one-to-one to learn more about their process.

A rare treat for the guests then and, as the only car brand in attendance, seemingly a good marketing position for Jaguar, too. As Jag’s Julian Thomson concluded: “Jaguar is about design so we’re always looking to see how we can connect more strongly with our customers. Our appeal is slightly different from the German manufacturers so any opportunity to connect with designers and architects, particularly in London, is very appealing to us.”

Related articles:
Peter Stevens and Julian Thomson lead a discussion on the past, present and future of car design