The winner of this year's Car Design Awards Global competition has just been announced. On the eve of the Frankfurt Motor Show's first press day, Royal College of Art students Sangmin Lee, Minwoo Choi and Jian Chen were presented the overall Student Design of the Year trophy for their vision of a future VW autonomous car.

Launched in February this year, Car Design Awards Global replaced the previous Interior Motives Awards. Expanded to include both interior and exterior designs, the contest asked students to respond to one of four briefs set by sponsors Ford and Volkswagen: 'Automatic driving Car – AuDriC' asked students to create an autonomous car for the year 2040; 'Fusion of Public and Individual Transport' called for students to question whether public transport really is the answer to urban mass transit; 'Reinventing Mass Manufacturing' involved looking at the impact of new manufacturing technologies such as 3D printing; and 'Super Simplicity' challenged students to create a car interior made from just 10 parts.

This year's contest attracted over 170 entries, coming from students of 22 different nationalities attending 49 universities. The designers whose work was judged to be the best were invited to the awards ceremony in Frankfurt to watch master of ceremonies Chris Bangle reveal the winners of each of the eight categories in turn, and the overall 2015 Student Design of the Year. 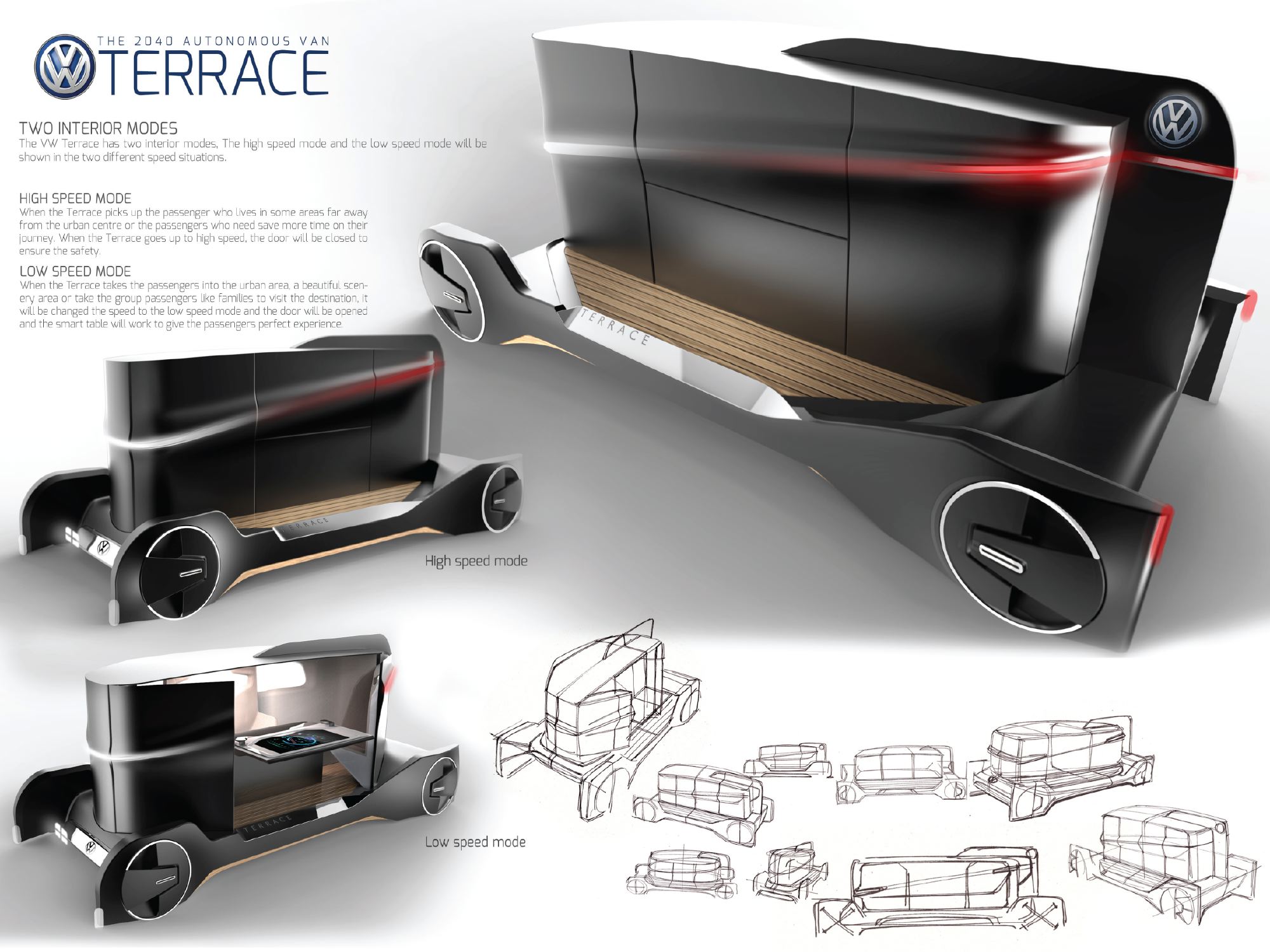 The overall winner of this year's contest was a trio from the Royal College of Art in London. Lee, Choi and Chen answered the brief to create an autonomous car for the year 2040 by designing a four-person transit system that offers commuters the most efficient journey to work possible, both in terms of time and productivity.

The project attracted our judges attention for the quality of its interior design, with its minimalist form impressing Yanfeng Global Automotive Interiors' Richard Chung, who said “it's a first-class interior on wheels… I want one!” Others liked the fact that, despite the fact the car is autonomous, its interior can be opened to the elements when running at slow speed, allowing its occupants to enjoy the scenery.

The team's approach also attracted praise from the judges, with Volvo Group's Gustavo Guerra describing it as “a well-defined design that considers not only the hardware but also its ecosystem.”

The addition of an exterior design that took current Volkswagen design themes and transposed them convincingly 25 years into the future made it no surprise that the project won the Best Innovative Interior category. And, despite some impressive competition, the fresh thinking on display was enough to take the overall title for its designers. 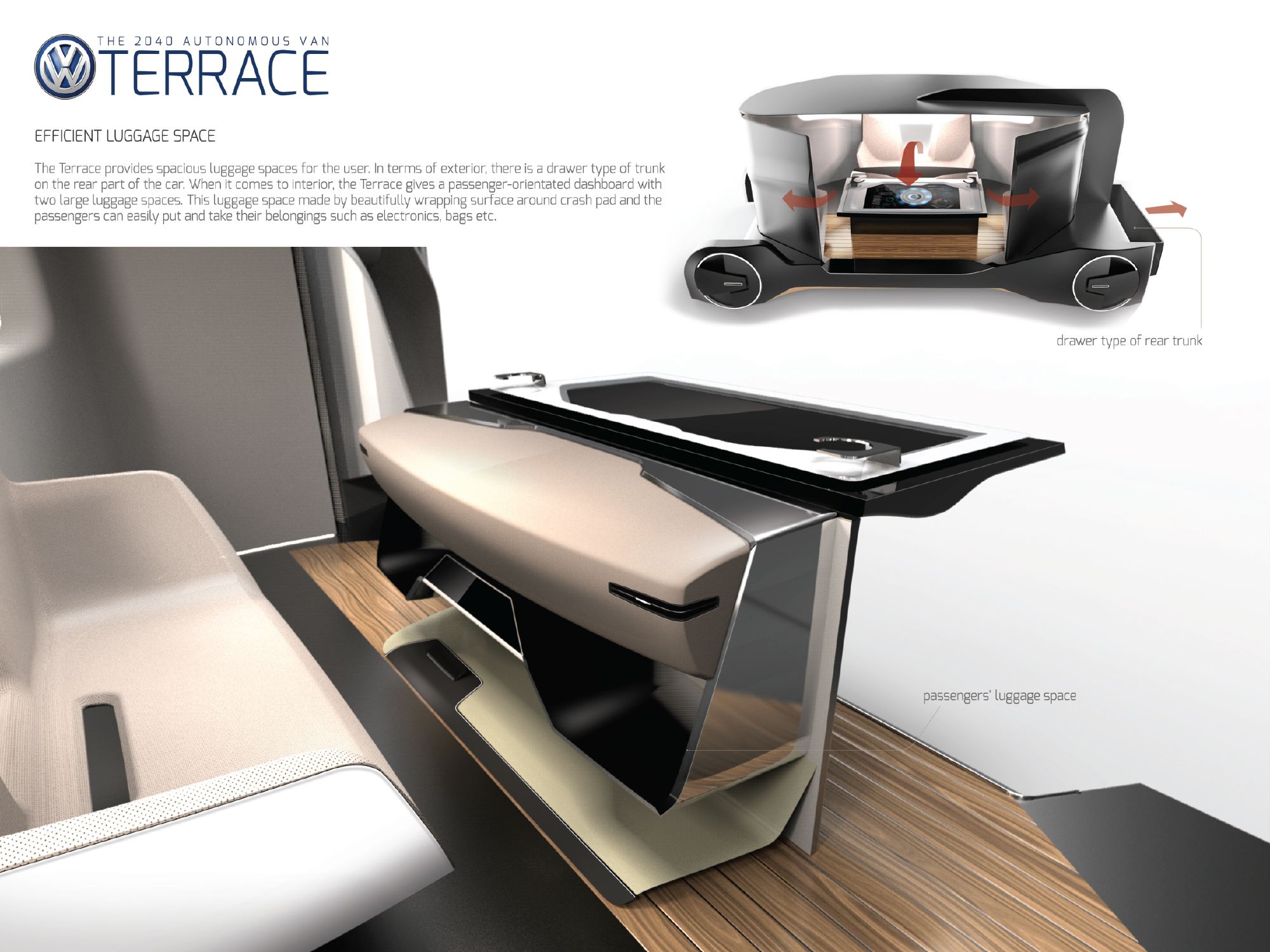 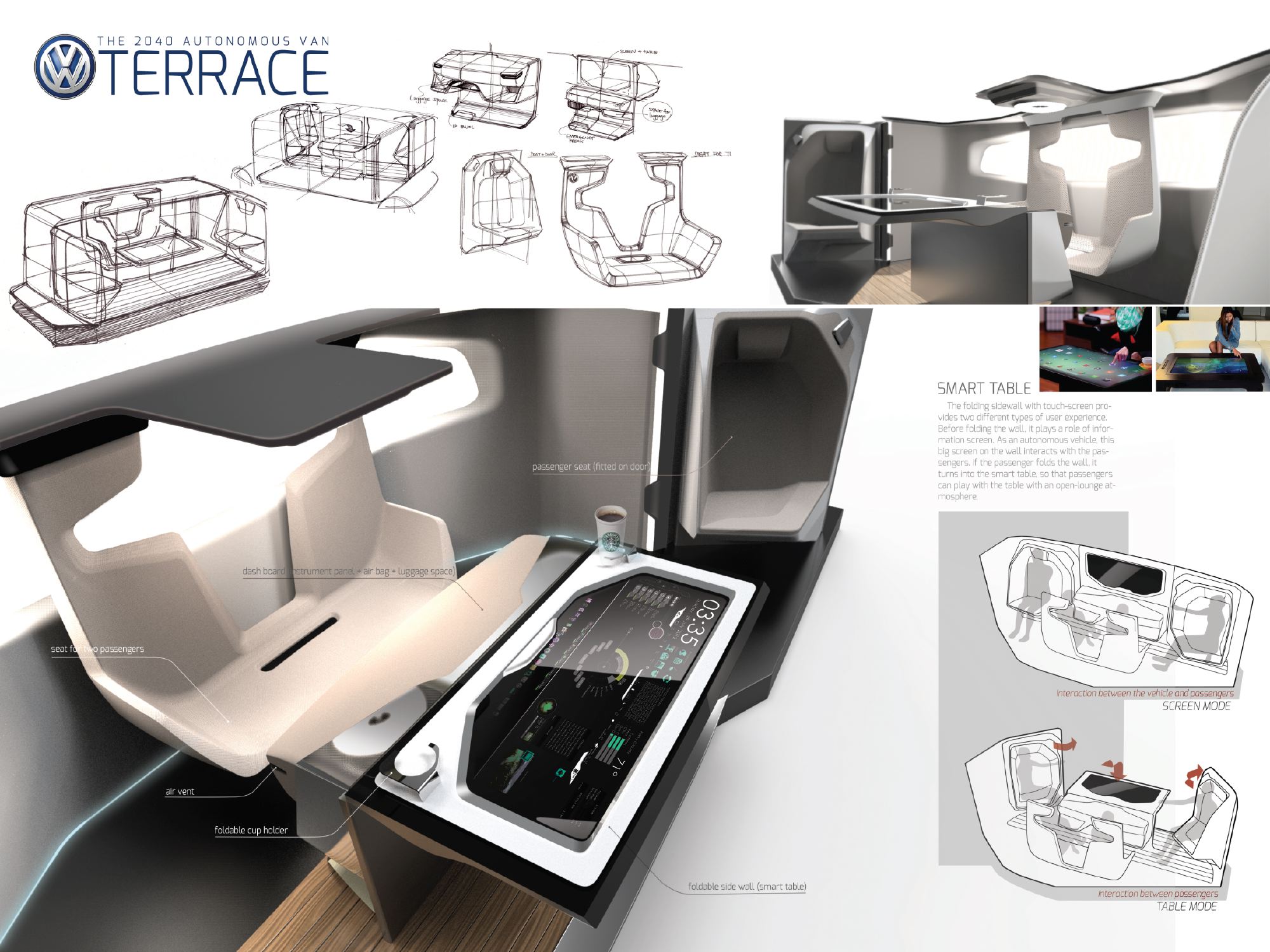 In addition to showcasing the talent of student designers, the 2015 Car Design Awards Global competition acknowledged the achievements of the schools that helped to hone the skills with its ‘Most Successful School' award. The number of winners and shortlisted students from each college was used to compile a league table, with London's Royal College of Art taking the win this year. A full report on the updated schools league table is coming soon...