Bucking the trends: Eric Zeile, President of Detroit-based prototyping company Prefix, reveals how the industry is changing, and how Prefix is adapting to support those changes

Prefix is effectively a design, engineering and prototype centre, creating the first mock-ups, models, and concepts for automotive, aviation, and many other industries. In the late 1980s, we patented a system called a Programmable Vehicle Model (PVM), an infinitely adjustable ergonomics buck, which put us on the map. It’s a complex, multi-million dollar device which allows the user to say, ‘bring the headliner down, the instrument panel forward, make the vehicle two inches wider and I want a little bit more legroom.’ We built 50 of those over a decade and figured once we had supplied the industry, there wouldn’t be a need for very many more; however, now we’re moving into the second generation and just sold our next PVM. 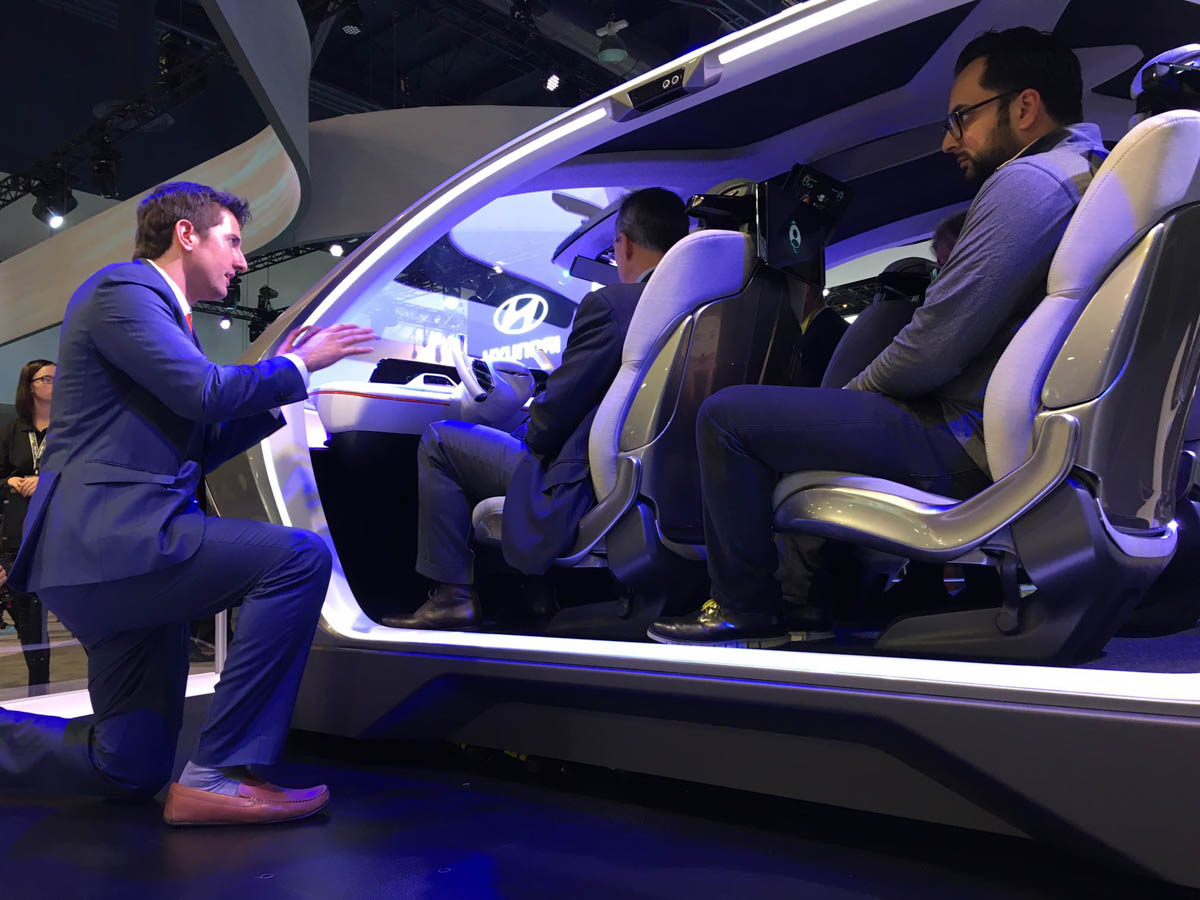 It’s on the same architecture and concept but integrates new and more interesting technologies such as virtual reality. CAD and VR-based development is clearly important, but often design directors may speed things up by only designing on the computer (for instance). But vehicles can still get all the way to the production line and people say ‘Oops, we missed something’ – because they did it all on computer. That’s not a criticism of computer-based modelling, but there’s nothing like a physical property. The best is a mix of the two. That’s what we’re providing with our new PVM design.

The other things we’re developing as we build physical models is the ability to make a one-off prototype that has real screens in it. That’s a challenge. Most screens in vehicles today are optically bonded – touchscreens, with a glass surface. We’ve put a concentrated effort around having a team who can do high quality optical bonding inside a one-off prototype. Optical bonding within a mass manufacturing process is highly automated, so previously you’ve not been able to include a quality optically bonded screen in a prototype or concept car, where only a few are needed.

There is clearly a proliferation of screens in cars now, customers want screens – but it’s also different and difficult to develop. A lot of this is really about better figuring out how to interact with the vehicle – to basically talk to it, not just touch it. 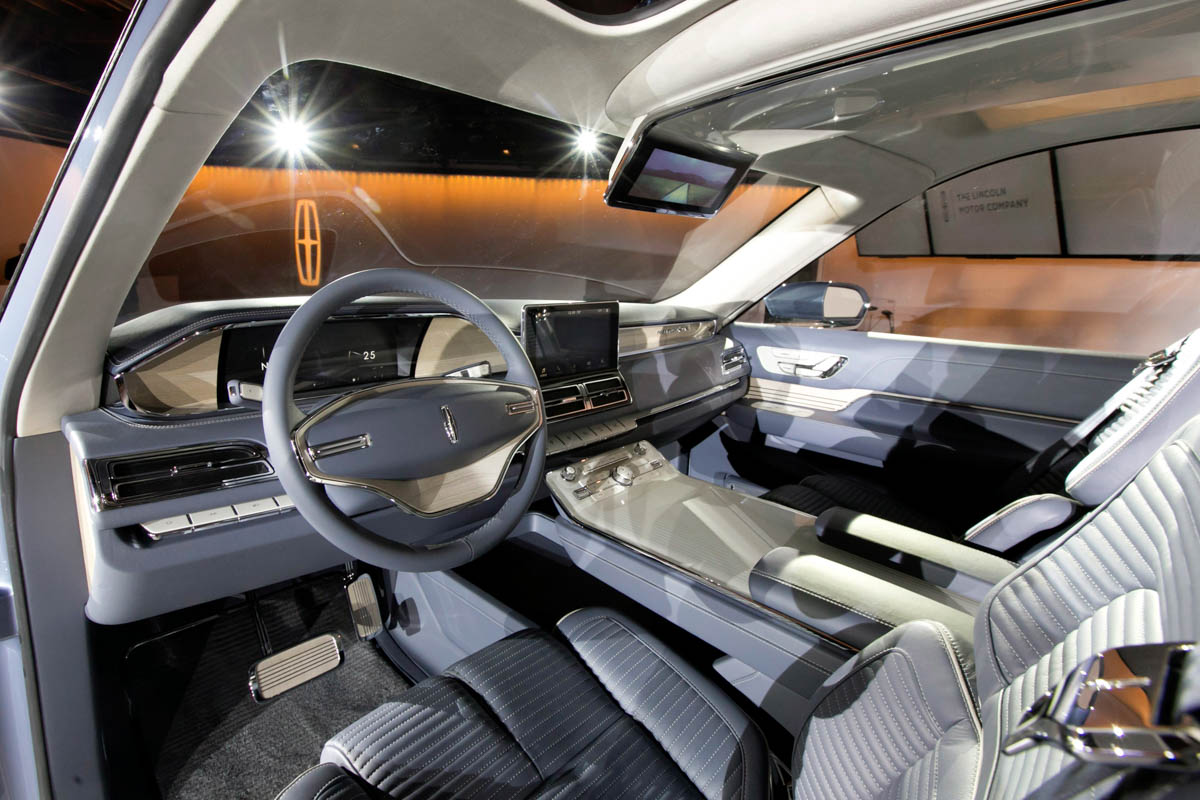 If you consider phone technology, phones are getting more expensive, yet ultimately have short life cycles. The iPhone, for example, is $1,000, and you might keep it two years, but it will still be updated maybe a dozen times in that period. Then consider vehicles, especially higher-end vehicles. The idea that you’re going to have a screen and technology that will not change, and therefore become null and void in a couple of years, is not acceptable to most people. With a $50,000 car, it’s got to have longevity. We’re thrilled to be on the forefront of this new technology, working with various clients who are focused in this direction.

As the industry changes, Prefix must adapt. We see ourselves today as a turn-key solution provider for the entire industry. To give you some history, in the late 1990s, CNC machining became very prevalent. We invested in precision CNC machines, and started milling out a lot of parts and moulds. That transitioned into mould making, laying up composites, building bespoke parts for concepts and then we went from there to actually building the concepts entirely. 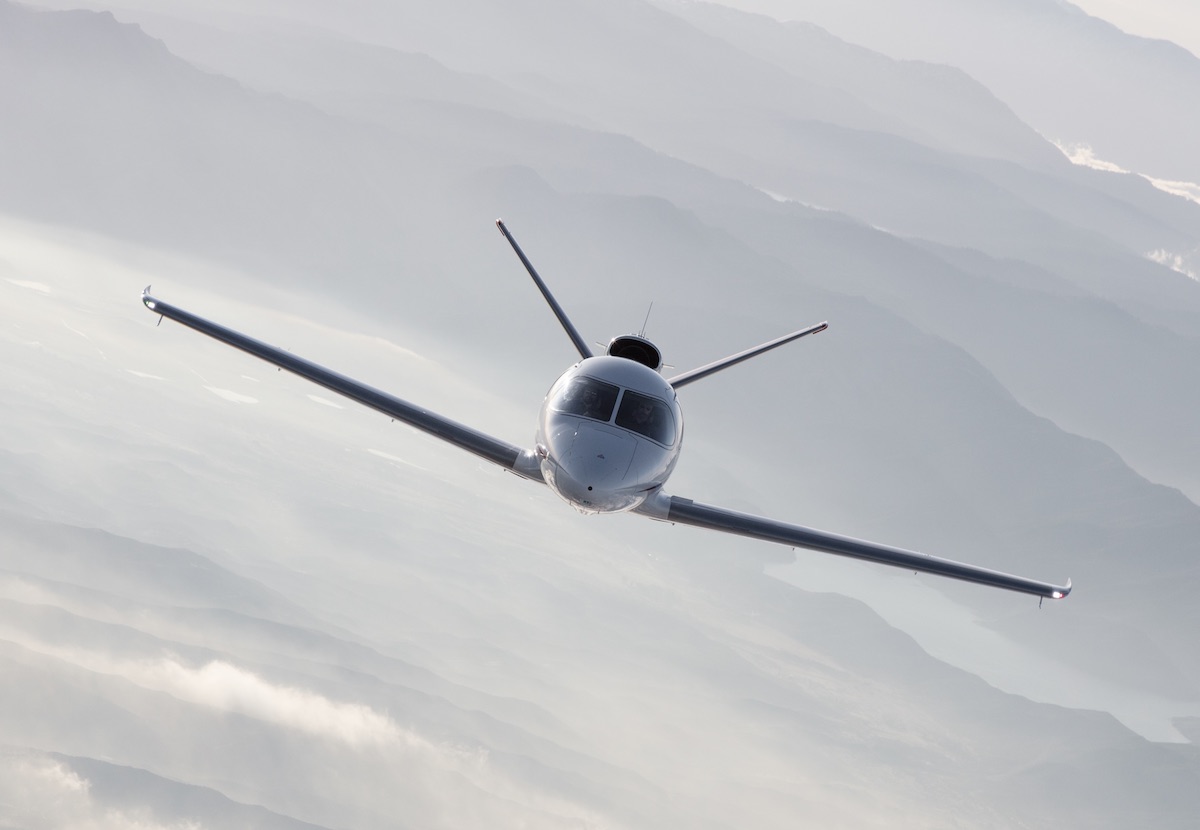 Over the last 15 years, we’ve invested in each department to support concept builds – for instance we have our own colour and trim shop, in house. (Recent concept builds include the Chrysler Portal, Workhorse W15, Lincoln Navigator and Continental, and Gulfstream G600 – see above and gallery at right). We’ve invested in a world-class paint operation and we do a huge amount of lighting work. Today we’ve developed extensive 3D printing expertise and software development. Our engine and performance division also continues to grow. What all this adds up to is that we see a significant opportunity, and have expertise, in low volume manufacturing. The fact that we’ve invested heavily in the processes required to build a highly advanced concept car from the ground up has also provided the necessary skills and departments needed to handle a variety of low volume assembly and production programmes.

High volume manufacturing is a particular skill set. Most of those companies would never want to touch a project if it’s 5,000 units or less. Yet as the world shifts to electric vehicles and autonomous technologies that require low volume, this leaves a gap and there are many opportunities for us.

I believe that as autonomous cars first come about, they are not going to be cheap. Those first autonomous vehicles will be ultra-luxurious and the industry is not going to build 250,000 of them a year. There’s going to be the need for, say, 1,000 individual and unique vehicles being built at a time. The opportunity is to support the transition to autonomy. We already have a lot of experience in low volume. We painted the Dodge Viper in production and we’re currently painting Ford GTs and a variety of additional vehicle parts and assemblies. We set up a very adaptable 129,000 square foot
facility that can be easily configured for a variety of low volume manufacturing projects. 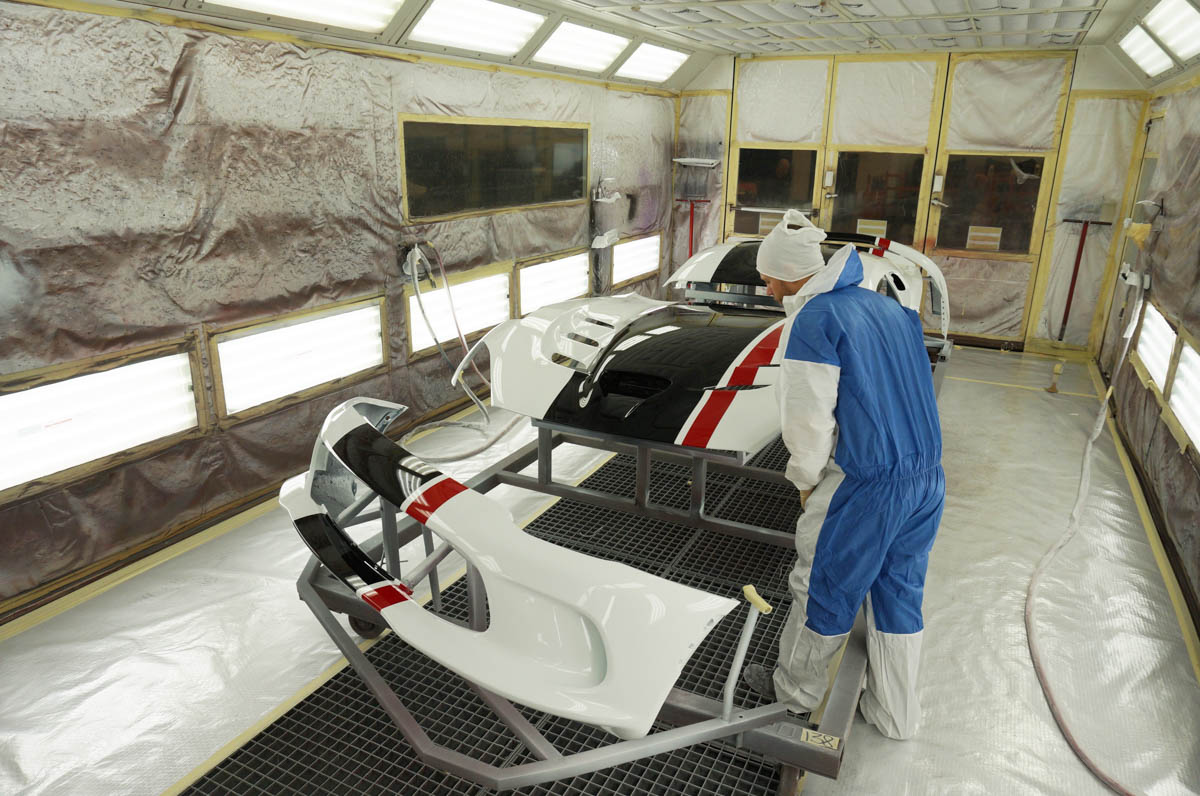 We are heavily involved with new EV and autonomous technologies. I do believe that an autonomous vehicle is infinitely safer than people driving. But a lot of people aren’t going to fully understand the technology, or share that opinion, so the industry will have to design to reassure and help adoption. Once you’re over that, the next challenge is the ethics of autonomy. Who is programming the vehicle to make the decisions, particularly if it faces a life or death choice? Interesting…

What’s really interesting about autonomy to me is how it will change the other forms of mobility we have today. One of our employees comes from Chicago to our offices in Detroit every other week. And I joke with him that if full autonomy was here now, he could have dinner on Sunday night, get in the car, watch a movie, go to sleep and on Monday morning we would show up to the office and he’d be waiting in the parking lot. And, he would lose no time sitting behind the wheel. I think, eventually, it’s going to have a profound impact on other methods of transportation, like airline travel, because of this.

That will definitely affect us, because we don’t just work with cars – we work with firms like Cirrus Aircraft and Gulfstream too. Basically, it doesn’t matter if it’s a skateboard, a car, a helicopter, a plane or a Transformers project for Hollywood (Prefix did those, too) we’ll continue to consider ourselves a turn-key, one-stop shop, supporting any innovative project, in any industry. 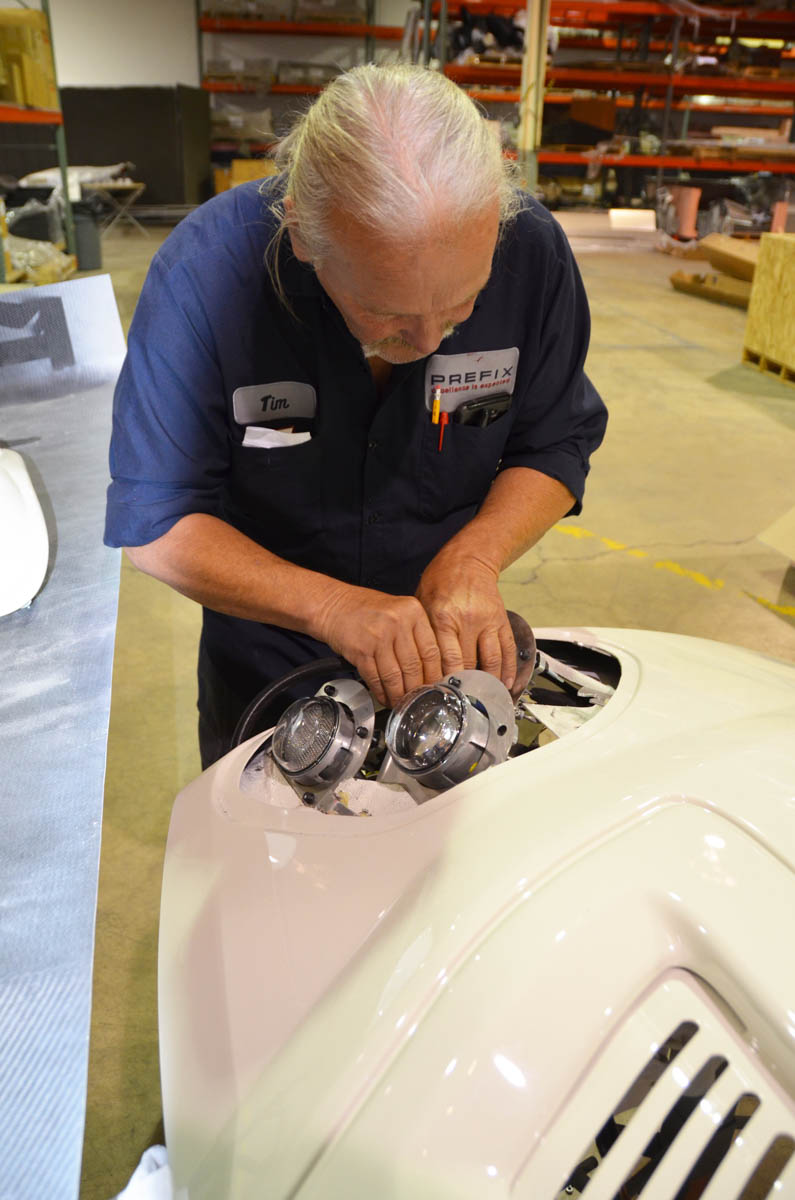