It’s already happening today, [explain Richard Chung, VP of global innovation and design at Adient], but in the future as the global population moves to big cities that continue to get denser and more crowded, people will be willing to pay more money for privacy, space, better health and a better experience. These are the key drivers that define wellbeing, so we believe that our seats, and the environment around them, need to provide these types of experiences. Individualisation will continue to be in demand, but I think this will have a different meaning – it’s not going to be product-based individualisation, but experience-based. 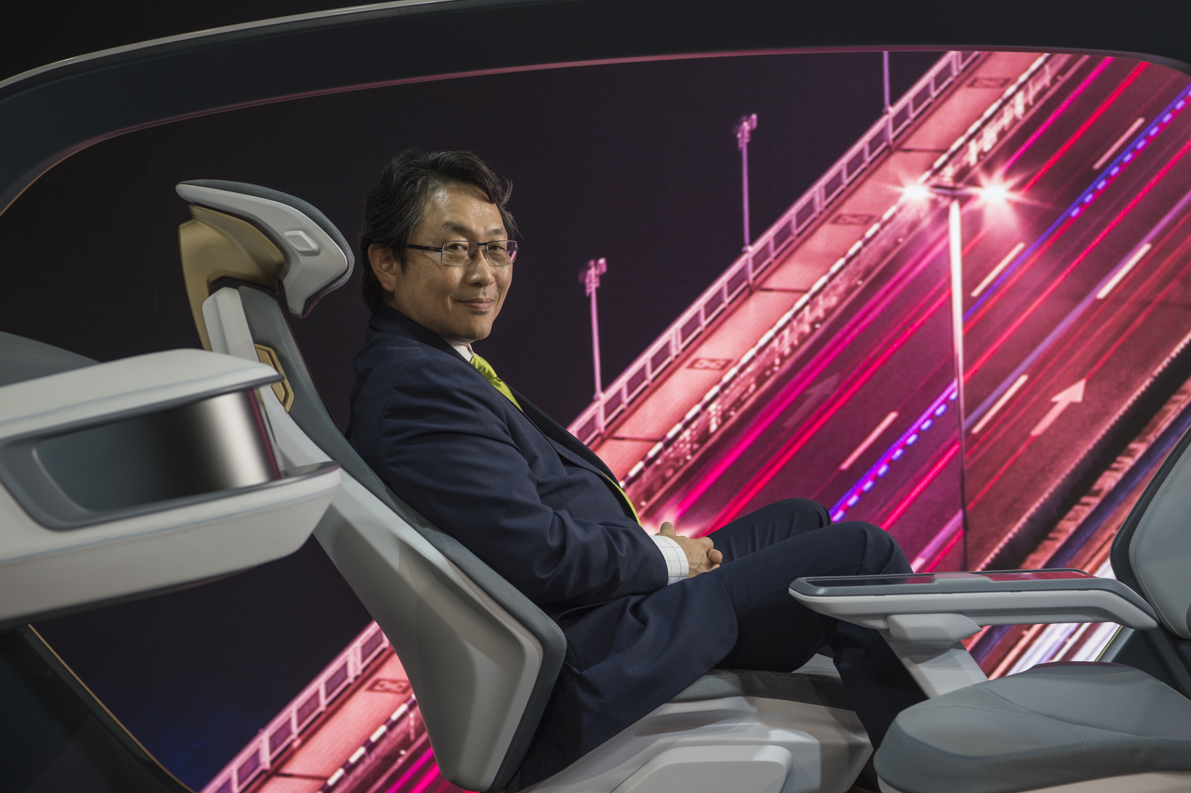 Today, activities in a vehicle are largely centered on cognitive driving, especially for the driver. What we tend to do is replicate what’s happening on the driver’s seat, on the front passenger’s seat, and then to a lesser degree on the rear passenger seats. But as a driver becomes a rider and the car becomes autonomous, driving performance and driving characteristics are less important. It’s more about lounging and relaxing, while still being safe and secure. Posture is going to change. Instead of being fixed forward-facing, you can turn the seat around and relax a little bit, requiring a different type of comfort, seat profile and portfolio of features.

If driving is no longer the point of being in the vehicle, then there will be other activities you want to do.  Whether working, eating, having a conversation or relaxing, there will be key hierarchy items that you have to consider when you have free movement within the car environment. All seats can be more equal, too. In the Chrysler Portal concept shown at CES last year, we introduced six seats that were identical. They all had the same features and could be reconfigured or removed in the same way.

As we go from traditional vehicle architecture and layout and migrate towards autonomous technology, I think the new challenges are good. In five to ten years from now, vehicle architecture will completely change with electrification, allowing for a completely different vehicle profile. You will no longer have a long hood, this will be shortened or almost gone, and enlargement of the cabin will allow for a richer experience in the interior when travelling. 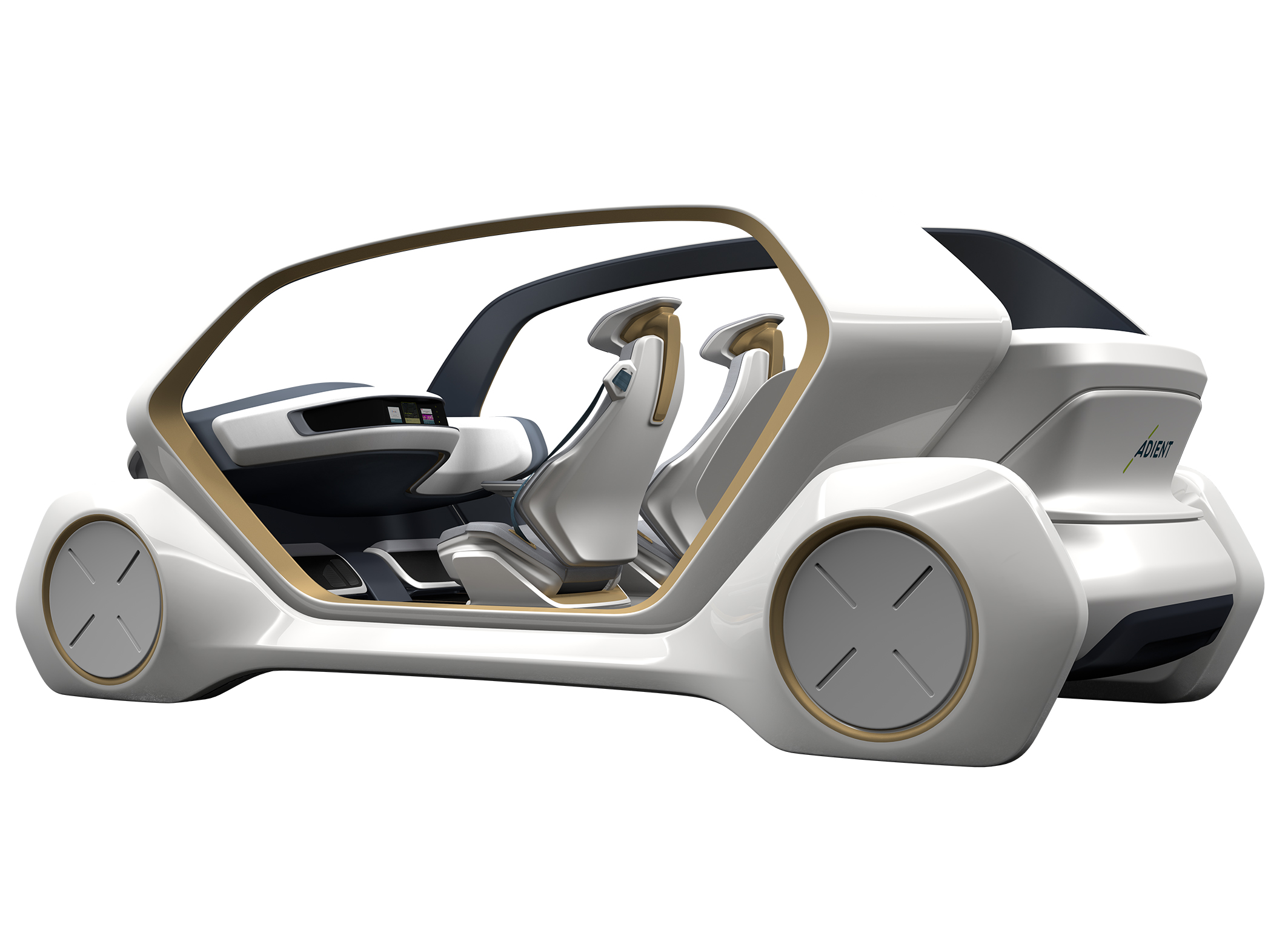 Our AI18 concept that debuted at the Frankfurt motor show last year is forecasting to the assumption that with electrification the floor will be flat. There’s a bigger cabin and you can configure the space within the vehicle to be like your living room at home. A long track allows the seats to be flexible and move in different positions. You can rotate so you can have intimate conversations, and the rear seats can be stowed away so the front seats can really capitalise on the space available. 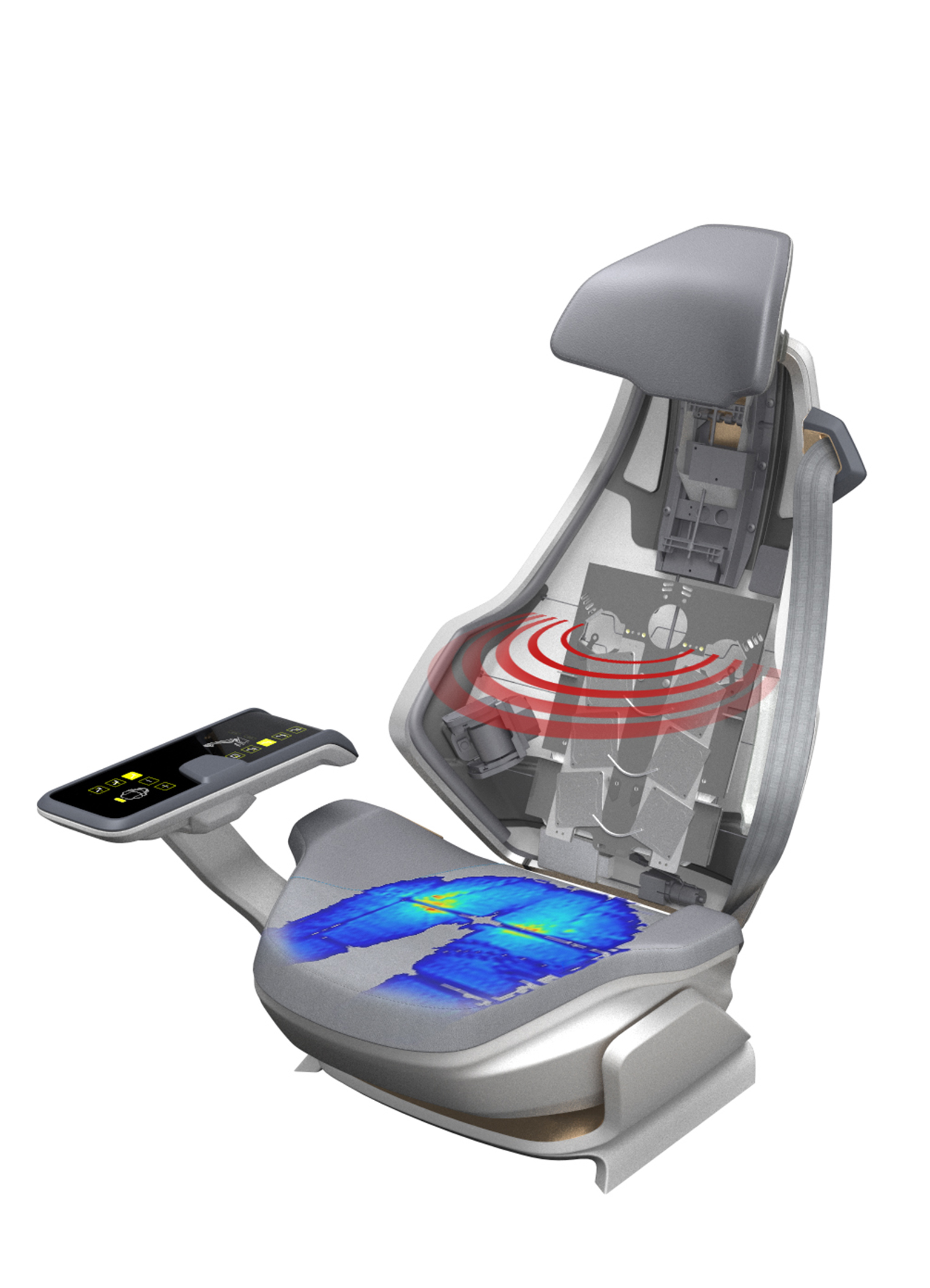 On top of this, they’re smart seats now; they have biometric sensors. You can opt for massage services, and there are many other services you can bring into the vehicle environment. For example, one key feature of the AI18 is the Telehealth service. This provides occupants with the convenience of being able to talk to a doctor while travelling. You can send vital data while riding in the vehicle, saving a lot of time. This is preferred by an increasing number of people and I think we will see more and more of these types of services enabled through technology.

I think one of the key challenges will still be safety. People assume you’re not going to get into a crash in an autonomous vehicle, but you will continue to have issues with legacy vehicles. They can still run into you, and even after all cars are connected, you still might experience an animal that can jump in front of you at any time! So safety is still a very critical aspect, and for that, we have formalised our partnership with Autoliv, a leading safety supplier. We have a collaborative agreement on the future of the autonomous car seat and how to enhance experience through safer seats. 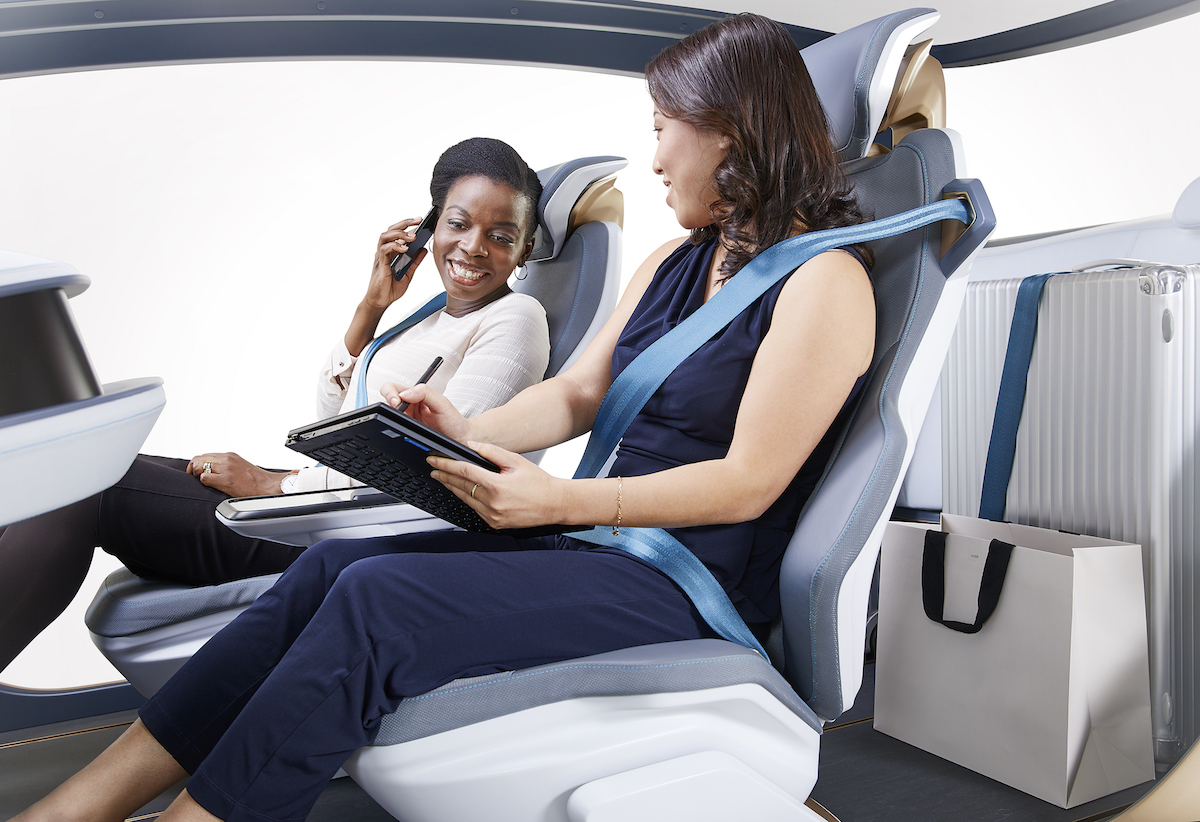 There will also be a shift in other industries centered around automotive such as insurance and maintenance as cars become less ‘owned’ and more publicly-available. Volvo has already started offering a service where you just pay a flat fee per month, taking care of the insurance, maintenance and just about everything else. And while every US state has some rules that don’t allow autonomous technology just yet, all the states recognise these challenges around the future of mobility. I think they are being collaborative with the automakers to allow amendments to be changed or implemented.

I think regional variations will still exist: in America, there is a strong demand for foam and plushness, whereas in Europe we see more emphasis on precise, firmer and more supportive seats. But generally there are similar demands across all regions: they want to be pampered, they want to be comfortable and they want to do a lot of activities in and around the seat. The interesting thing is that all regional customers want autonomous technology – today. It’s amazing how fast consumers pick it up and want it, even if they haven’t seen it. I spend a lot of time observing and talking to consumers, and we’re seeing a dramatic shift in their mindset. They’re ready to adapt autonomous technology. 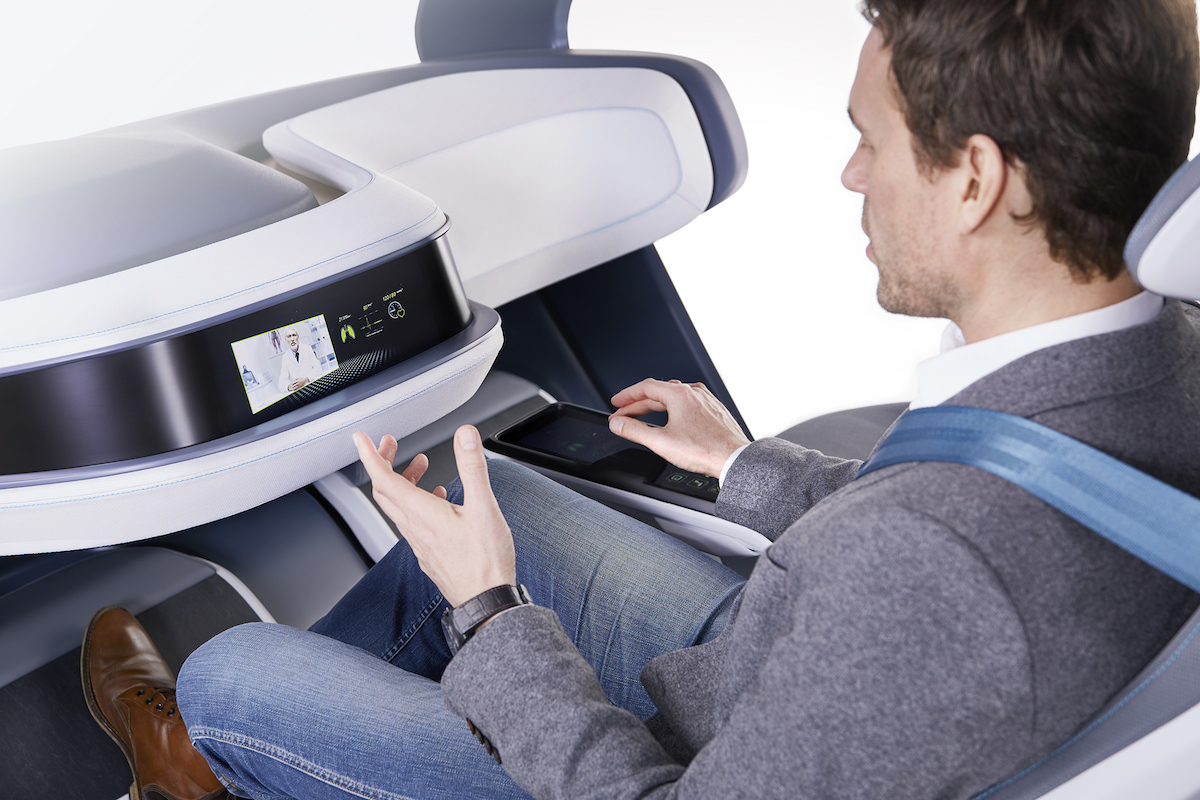 For example, about a month ago I was in India, and I hadn’t been there in about three or four years. The big difference I saw was that everybody is now e-hailing – everybody’s got a smartphone now. So I saw a large reduction in the old three-wheel rickshaws and a proliferation of four-wheel small Maruti-Suzukis and what-have-you, many displaying Uber and Ola signs. Even one of our executives in India, he lost his driver to Uber and he is now e-hailing – it’s cheaper than having his own car and of course, less hassle.

In China, the Mobike and Ofo bike-shares have become a huge hit. Bicycle shops have disappeared in Shanghai because nobody wants to buy bicycles any more. The same thing will happen with vehicles. If ride-sharing is available so readily, no one has to buy a car. That’s actually more opportunity for us, because if you pay a subscription fee to travel, people will want to have more pampering features in a seat.

Of course, there will be different ranks of vehicle, from dirt-cheap to A-B commutes, but like the classes on an airplane, you could choose which services you want, the experience you want, even on the same platform. Today’s market segmentation is by vehicle size, but in the future it will be by experience, accessed on a case-by-case user scenario. 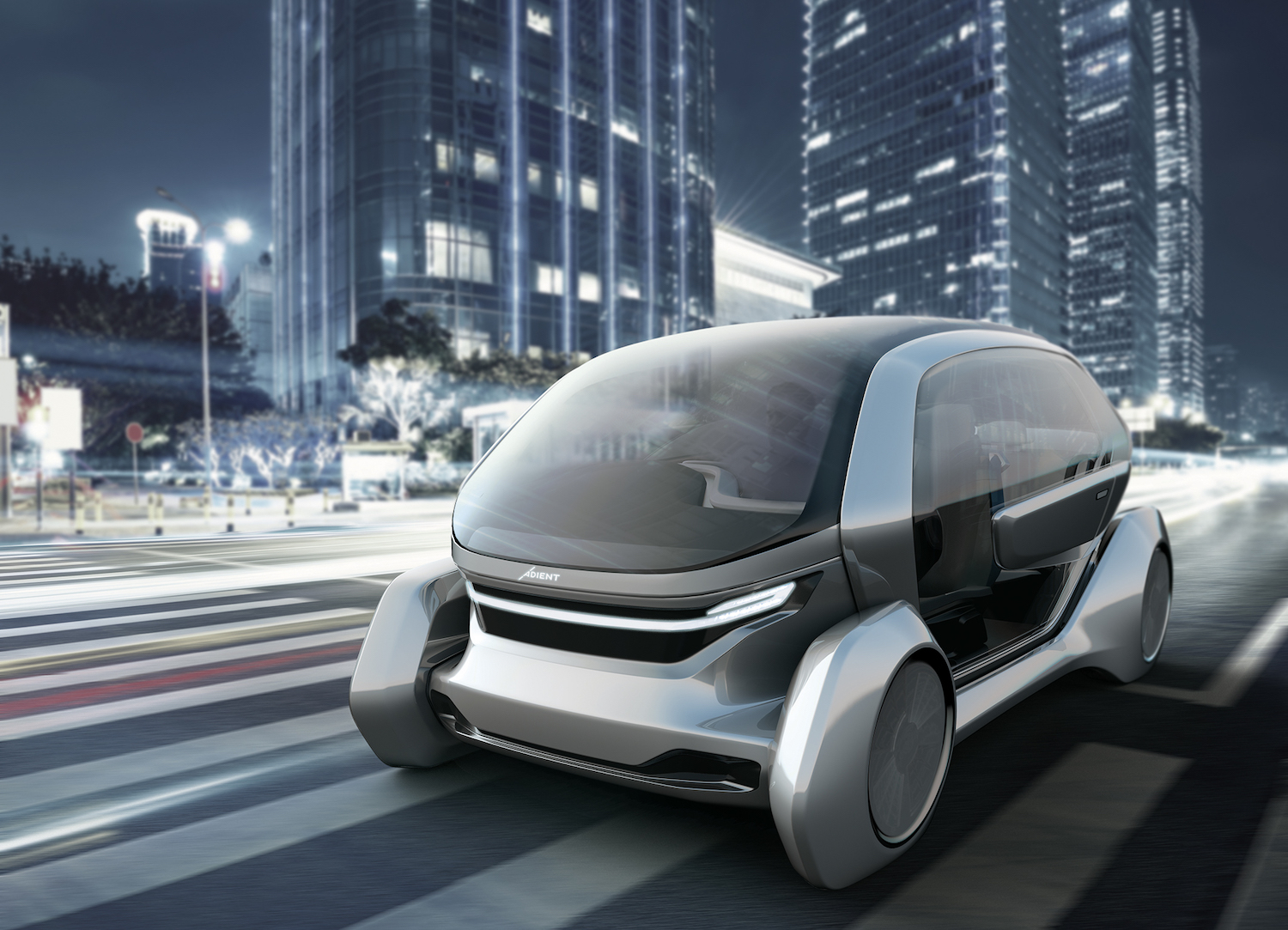