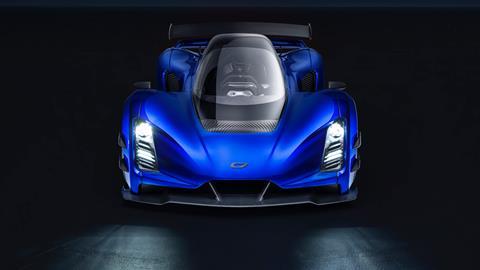 If you are launching a hypercar brand, Geneva is the show you must attend.

As such, it is a huge blow to brands like the American newcomer, Czinger, to have the show cancelled. Czinger is currently looking for alternate venues to introduce its car, the 21C, to enthusiasts and potential customers.

For the moment however, we can preview the car here, and look forward to a detailed introduction by Czinger Head of Design, Dave O’Connell, in a few weeks when the cars return to their Southern California home. 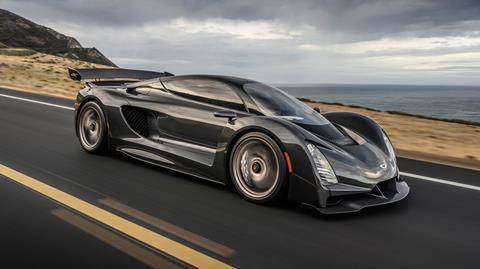 The Czinger 21C is a hybrid petrol-electric hypercar with a Le Mans prototype-style shape that, if painted in racing team livery, could easily be mistaken for an entrant into that storied 24-hour race. A quick glance shows LMP proportions in all elements of the car; the low profile, the strong fenders, the central cockpit, the apparently mid-engined format.

Indeed, the engine is mounted amidships. It is also unique – a 2.88-litre, twin-turbo, 80-degree flat-plane V8 – among the smallest made in a long time. It is also the most power-dense engine now in production, producing 933bhp at 10,500rpm. The massive output from the combustion engine is combined with a KERS up front, driving two electric motors with torque vectoring at the front wheels via a small, lightweight 1KW high discharge lithium ion battery pack placed in the sills of the car. The total output for the entire powertrain is 1250 horsepower, giving the car an ideal 1:1 power-to-weight ratio in 1250kg street spec – and better still for the 1218kg track version. 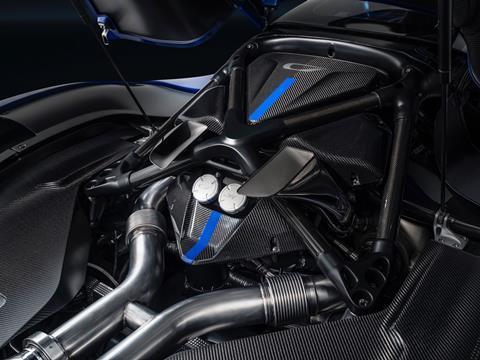 The most power-dense production combustion engine in the world, yesterday

The 21C is as much about process as product, and so every aspect of manufacture and assembly was reviewed. Czinger said recently, “We created our own tools – we looked at all the current technologies in the industry and combined the best of these to produce the 21C, and combine those into a new production system, of which additive manufacturing is only one element.”

Much has been made of this additive manufacturing, the 3D printing of elements of the car. Critical parts of the chassis are 3D printed aluminium and titanium nodes and connection points of various complexities. Czinger has perfected a process which produces these parts in the same timeframe as it would be to cast them, and with the same materials. These bespoke printed pieces are connected by simpler carbonfibre pieces and aluminium extrusions. The whole car is filled with these modular components that could be easily swapped in case of an accident, or if upgrades to components become available. 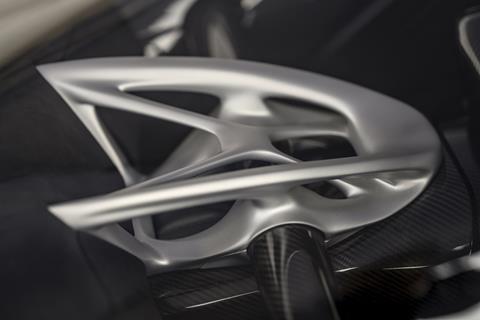 All of these components are assembled with a team of specially programmed robots that operate with ultra-sophisticated software programs. Commenting on the process, Czinger observes, “What really drives all this is computing power.”

All told, these processes seem to point to a new era of automotive manufacturing, although at what scale remains to be seen.

But, of course, no one is buying a process, no matter how advanced and fascinating it may be.

It is the image and design and engineering of the car that will get prospective buyers’ attention, and there is plenty of high-powered optics and horsepower to sell the Czinger to the right demographic of hypercar enthusiast. 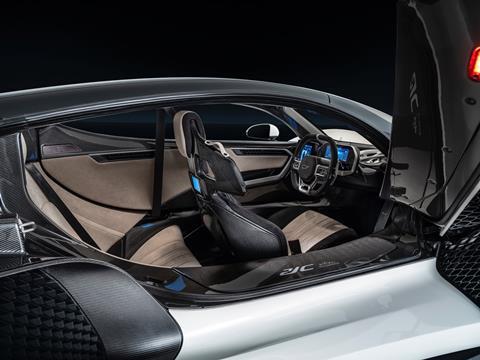 Clamber over the sill and sink inside…

At the interior, seating for two is in a 1+1 configuration at the centre of the car – no battery or transmission tunnel. The fighter cockpit-like space is accessed through two giant scissor doors which allow a broad access to the front and rear seats. Still, one has to manoeuvre over the sill and twist one’s hips to get into the seats – a feat that requires a bit of practice and a lithe frame.

The rear seat passenger wraps their legs around the front seat, very much like the passenger on a motorcycle. Czinger has said in a recent interview, “My vision is this layout because I love superbikes, love biking itself. Being in that centre driving position is not only the optimal position from a driving standpoint but it’s also from an emotional standpoint.” 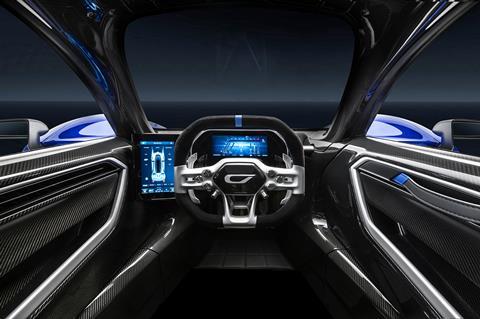 The narrow but glassy driver’s view

Naturally, there is no space wasted. The driver sits on bespoke carbon-fibre seats facing a squared off racing-style wheel with a number of toggles at the centre spokes for fingertip control. In front of the driver is a touchscreen that has the essential instrumentation, while driving data and climate controls are on a vertically oriented iPad-like screen to the left of the wheel. Side mirrors sit on the fenders and provide a balanced view to the rear by virtue of the centre seating configuration.

Claustrophobia, never a real concern for the true supercar driver, is nonetheless avoided by glazing at all sides of the occupants, including above. The cockpit feel is a real thing.

The Czinger has its roots in a much tamer, everyman-oriented car: the CODA. CODA, which Czinger co-founded in 2009, made a few headlines a decade ago. It was designed to be an all-electric nondescript commuter car. The design of the Coda was actually a re-engineered version of the Chinese Hafei Saibao sedan, itself designed by Pininfarina in the early 2000s. 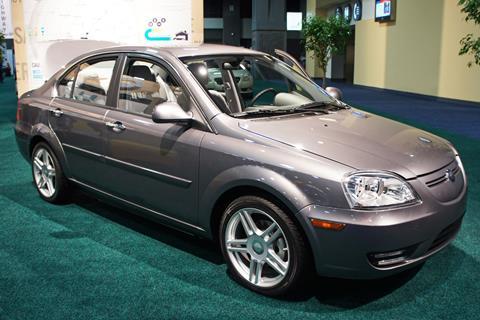 The failed CODA electric sedan showed Mr. Czinger the environmental issues with EVs of the time

Czinger witnessed the production of the Lithium-Iron-Phosphate (LiFePO4) batteries that were to be placed in the CODA. Watching the process of mineral extraction, processing and creation of those batteries convinced Czinger that EVs were not the ‘green’ environmental solution they promised to be. A highly efficient internal combustion engine burning sustainably processed methanol would be just as green a solution, and that is what Czinger is placing in the 21C – a methanol-burning engine that spits fire out the exhaust (and burns away fumes). The car can also be run on ethanol and racing fuel. 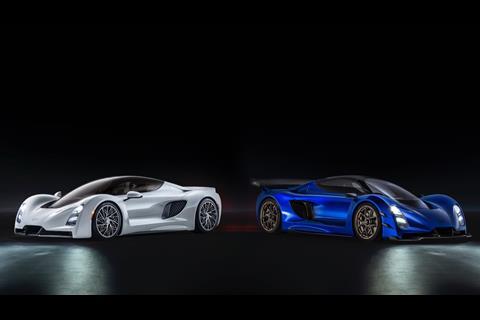 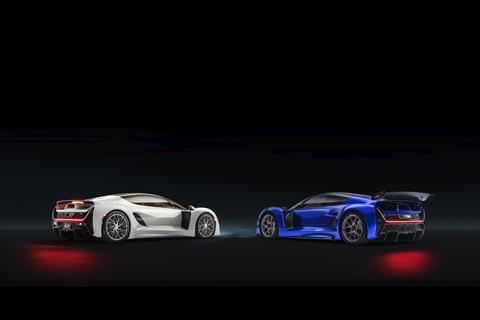 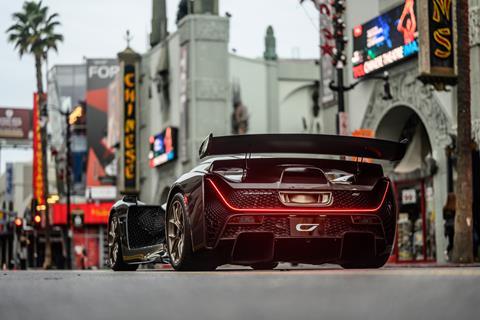 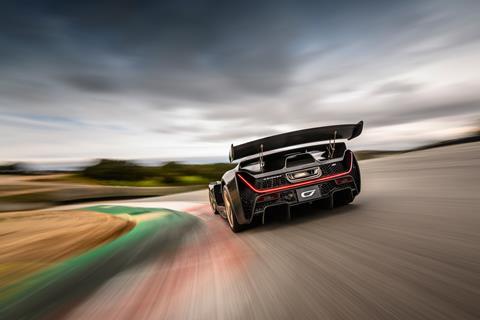 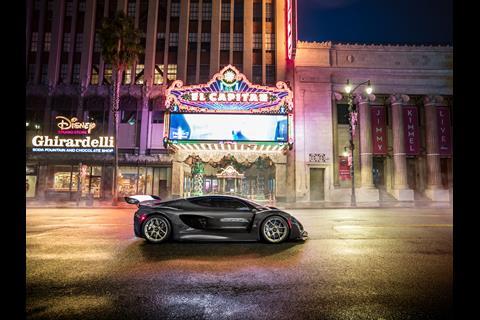 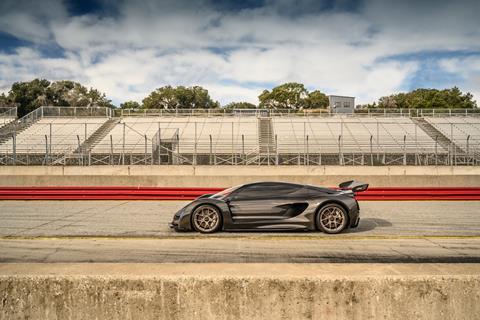 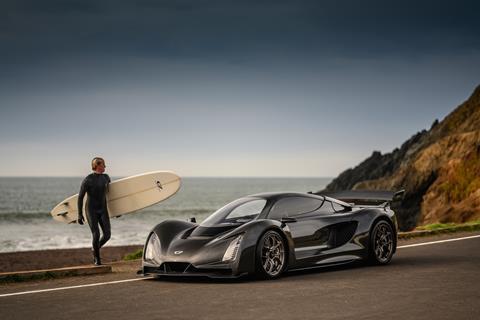 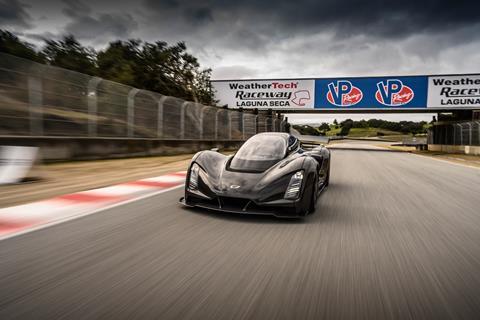 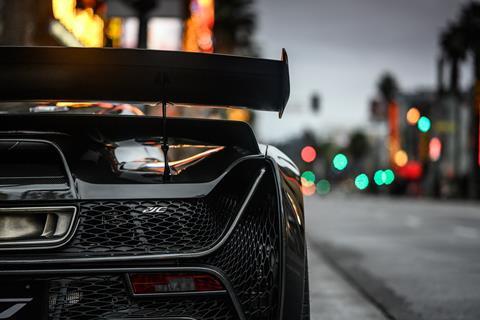 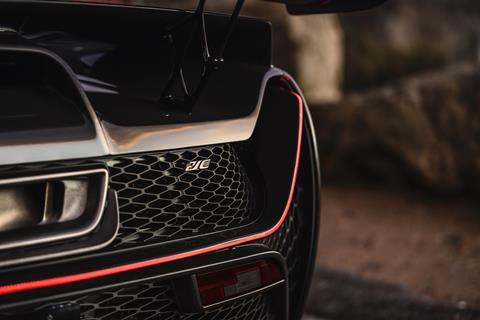 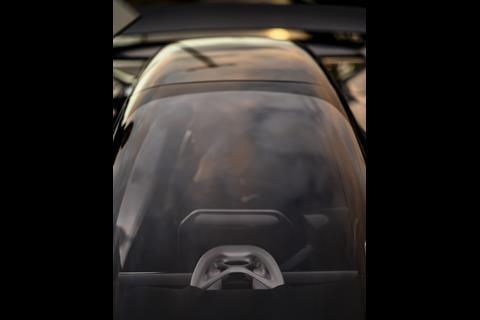 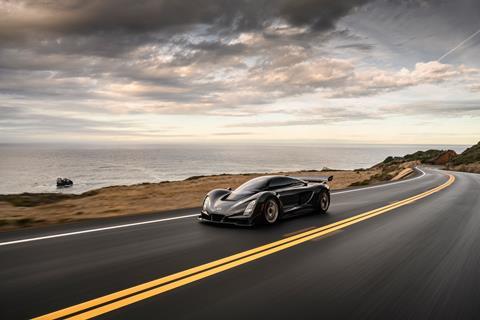 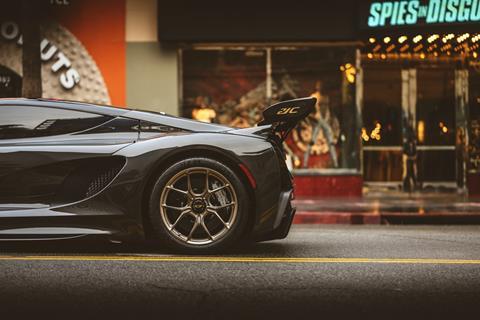 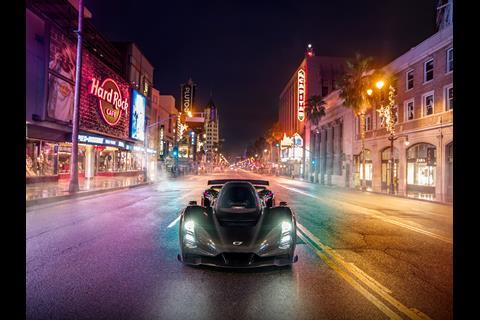 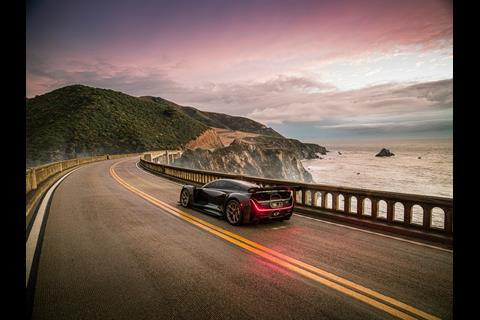 Czinger is currently taking orders and the first 25 track vehicles will be available in 2021 with fully homologated street versions to follow.

Price will be $1.7 million dollars before any packages or customisations- and Czinger promises that each car will be highly customisable

We will have much more on the Czinger soon as we take a detailed walk around the car with the design and engineering team. Watch this space.