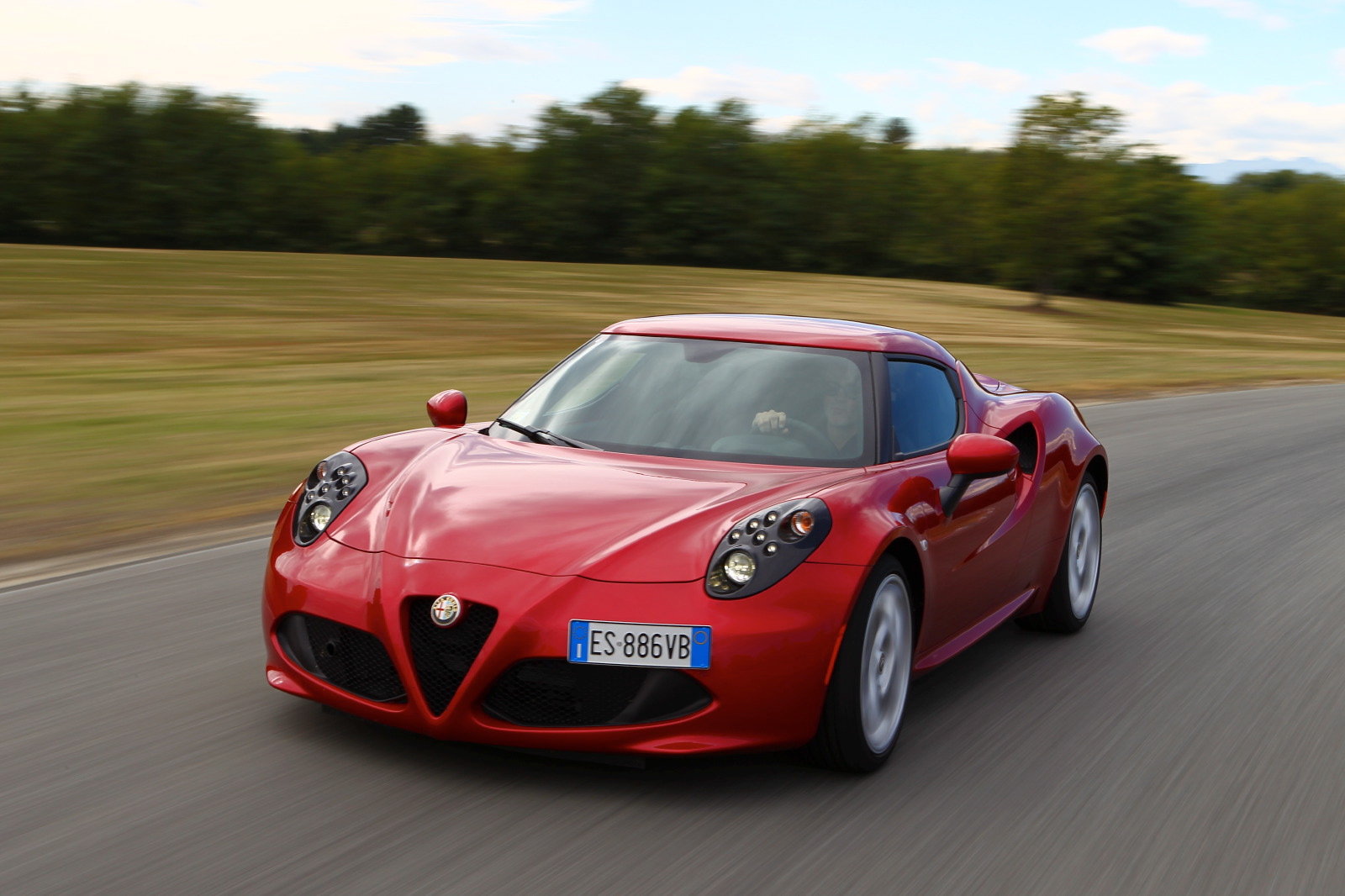 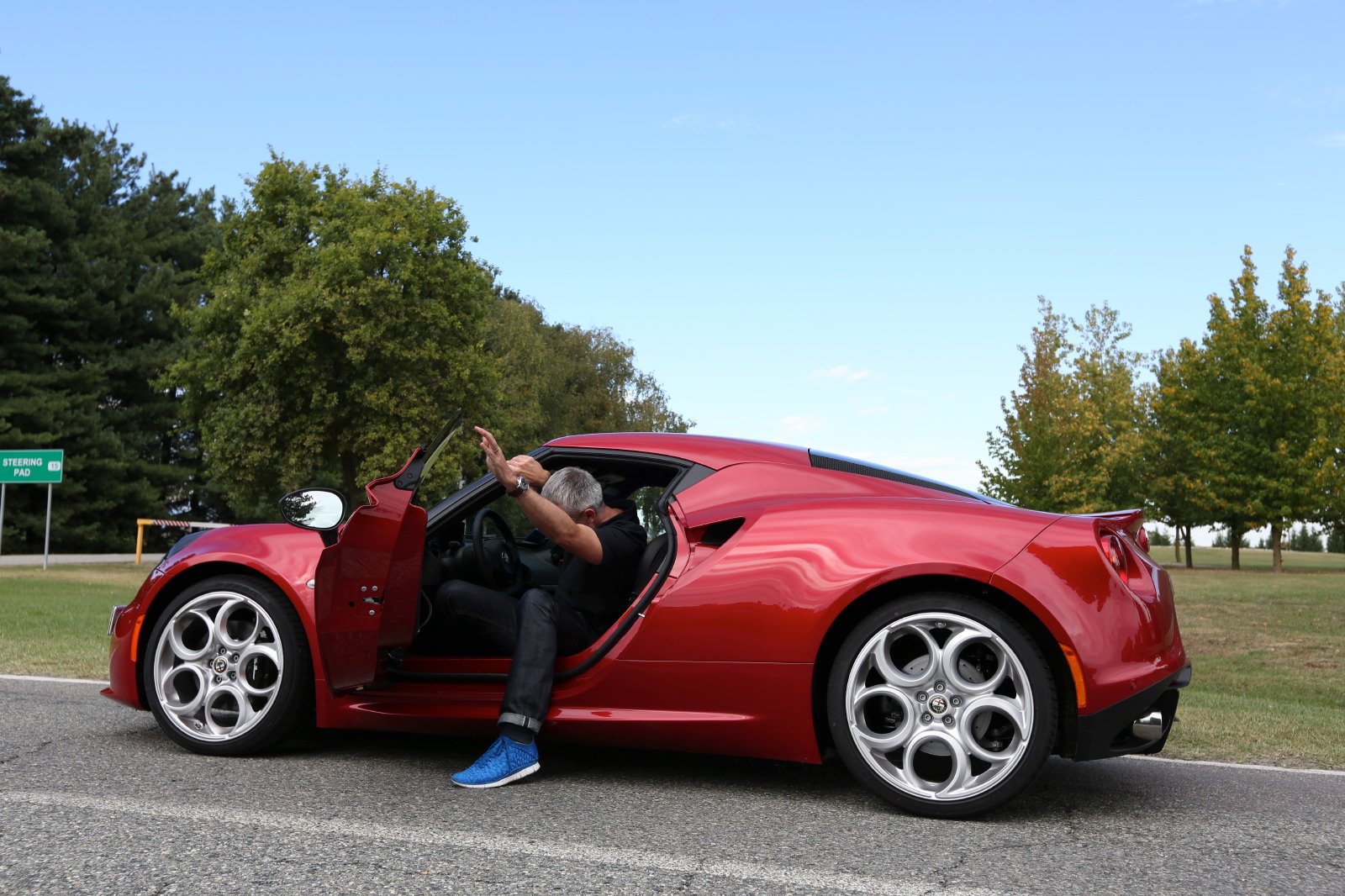 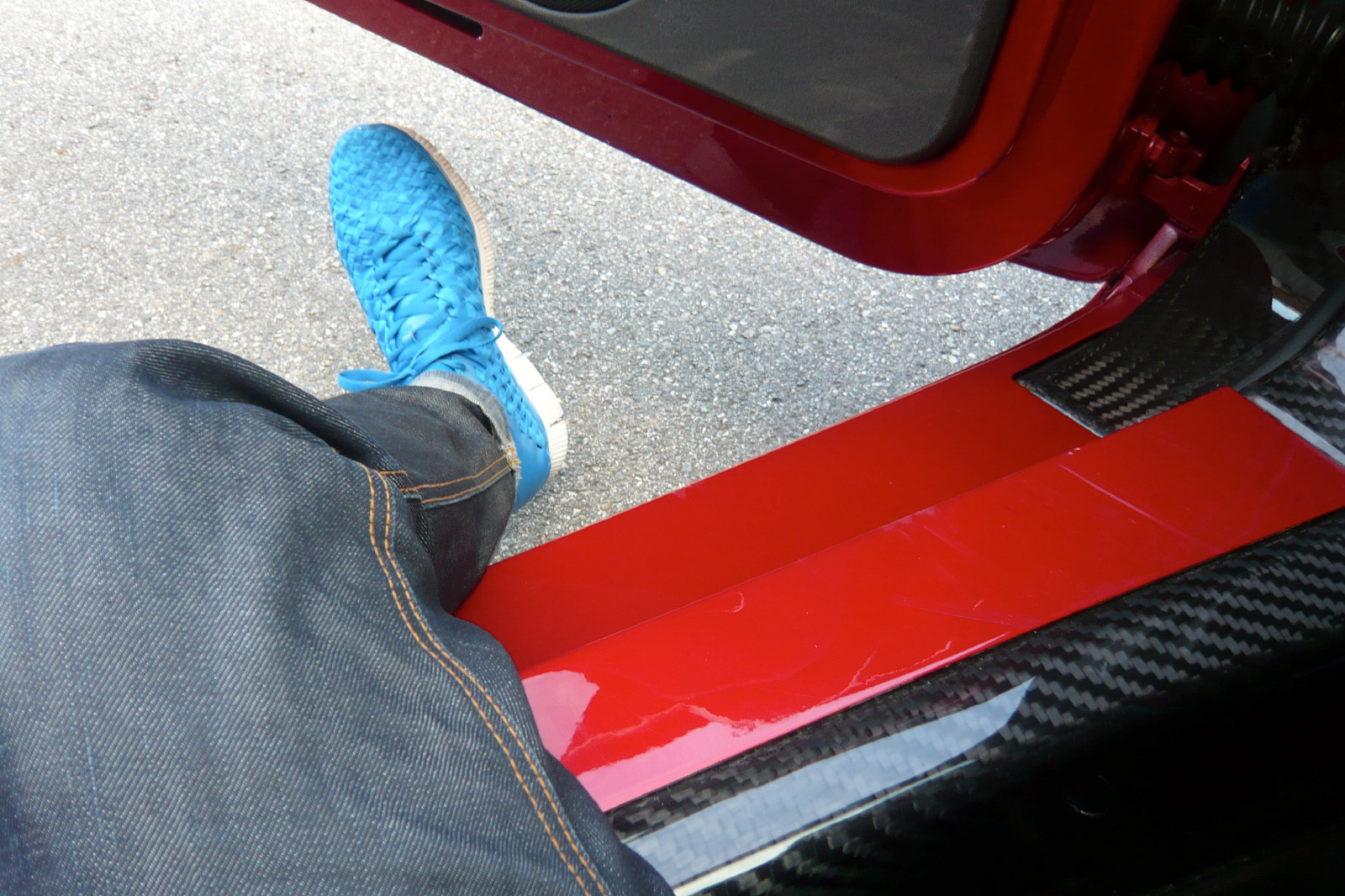 As with other low-slung cars, access is more difficult 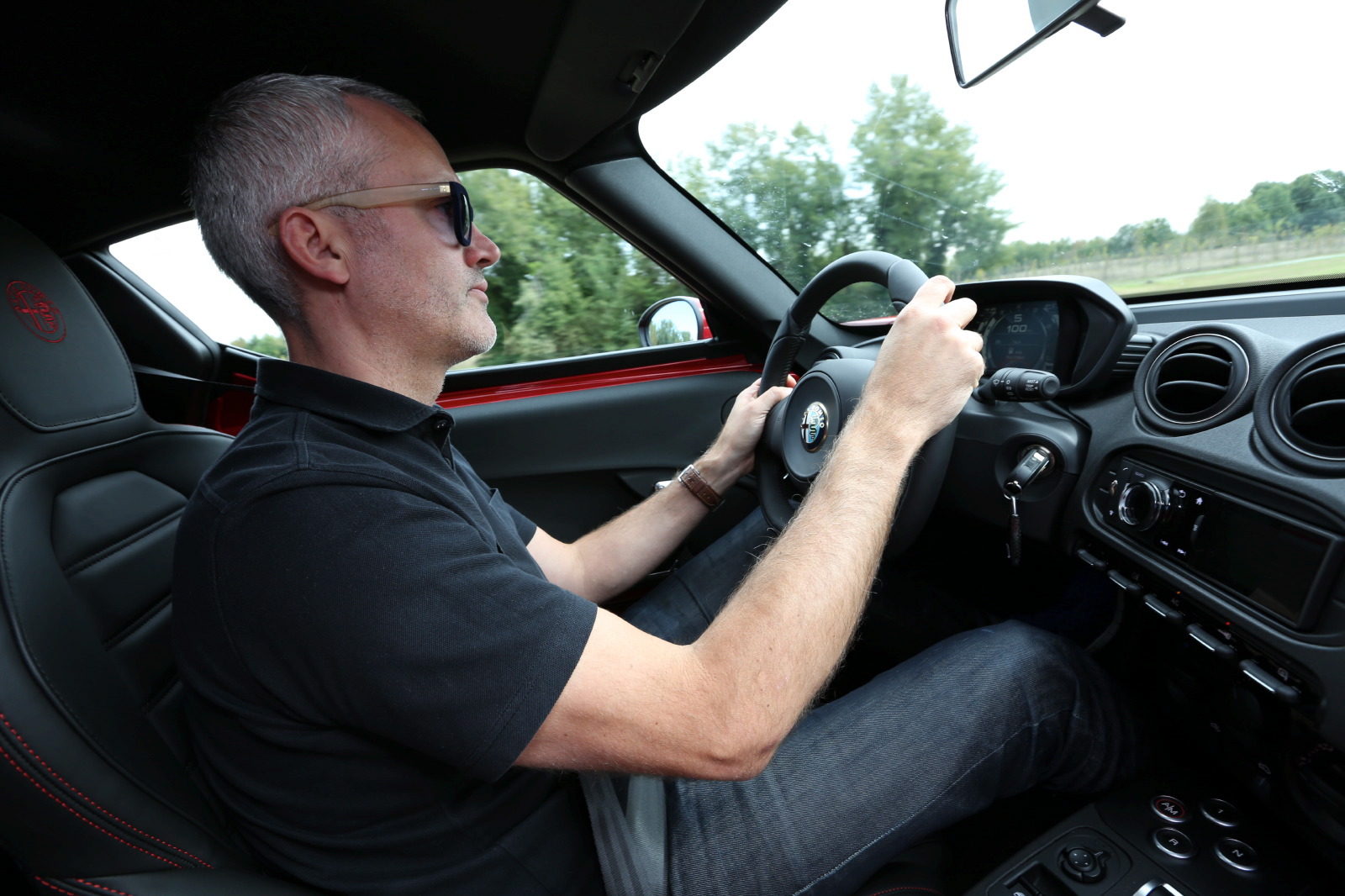 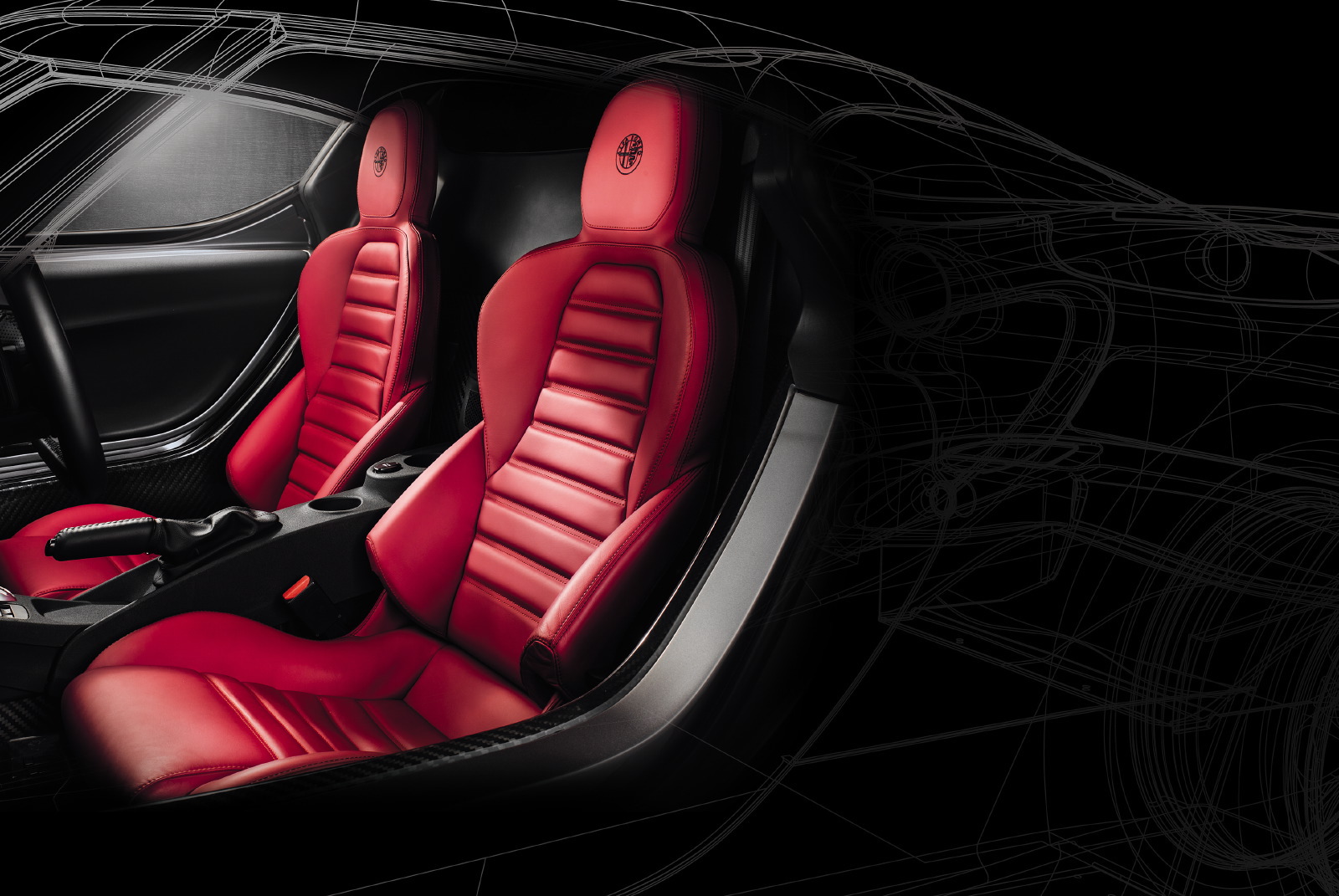 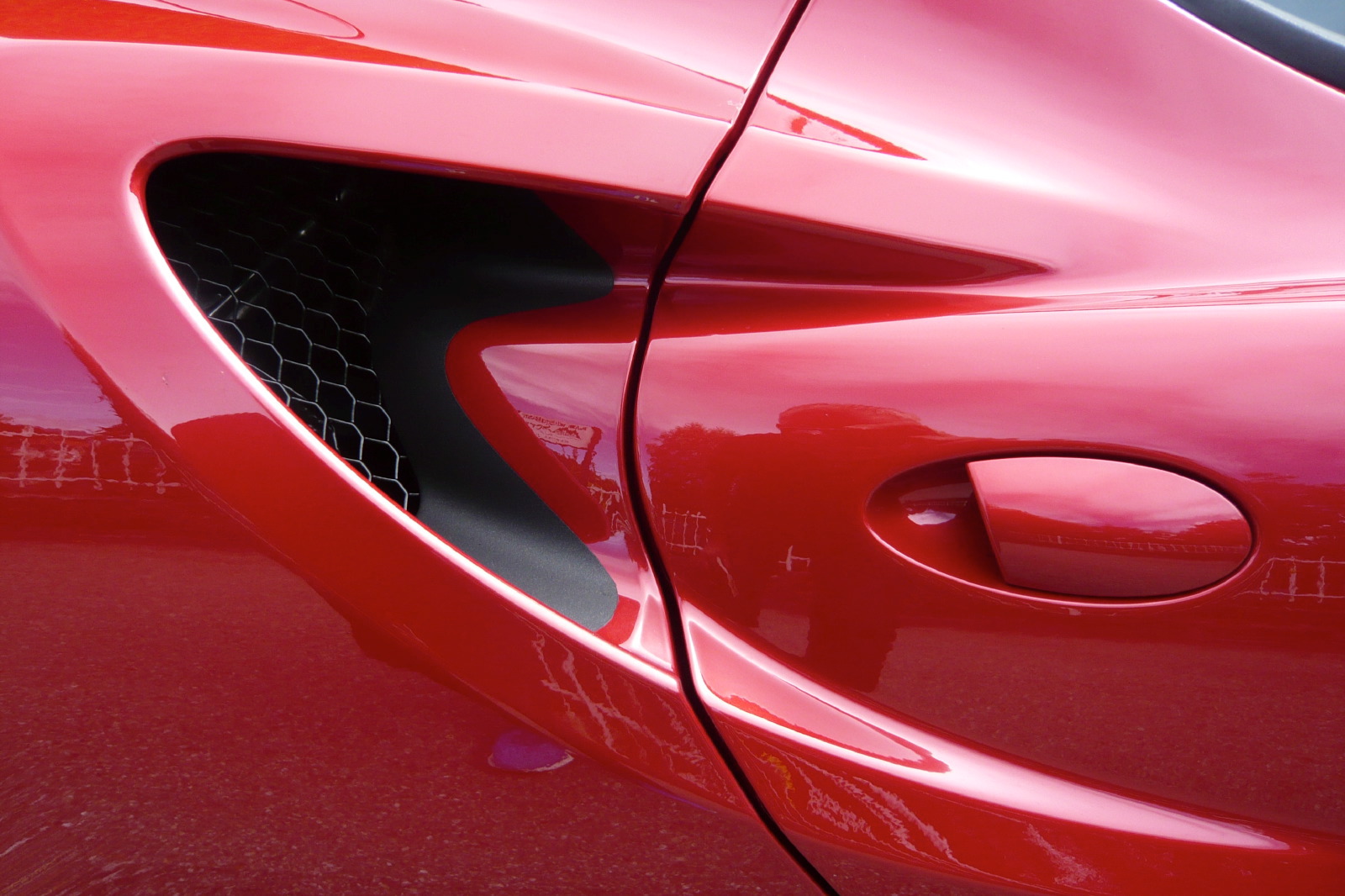 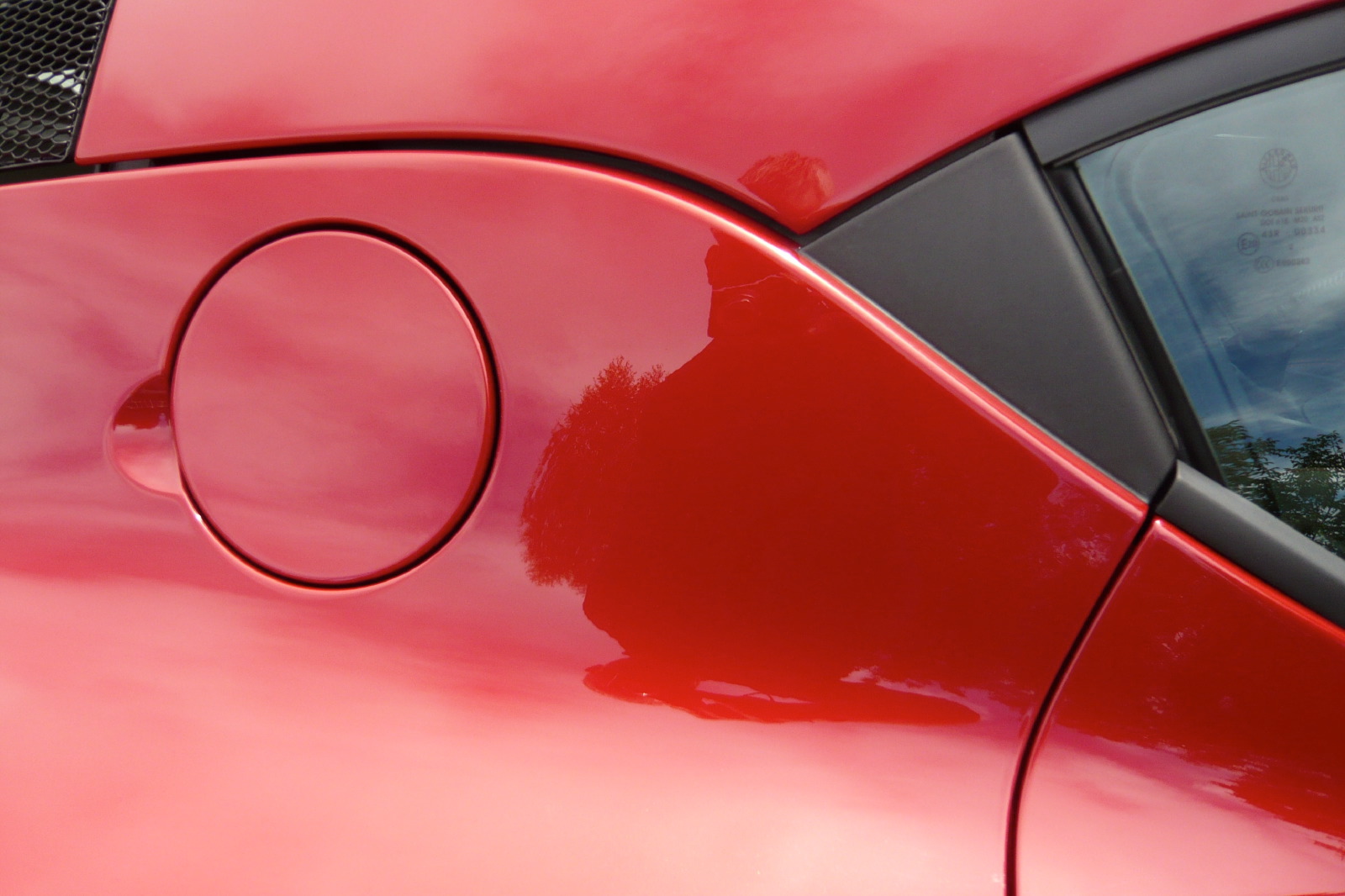 In red and on the road, the 4C promises much 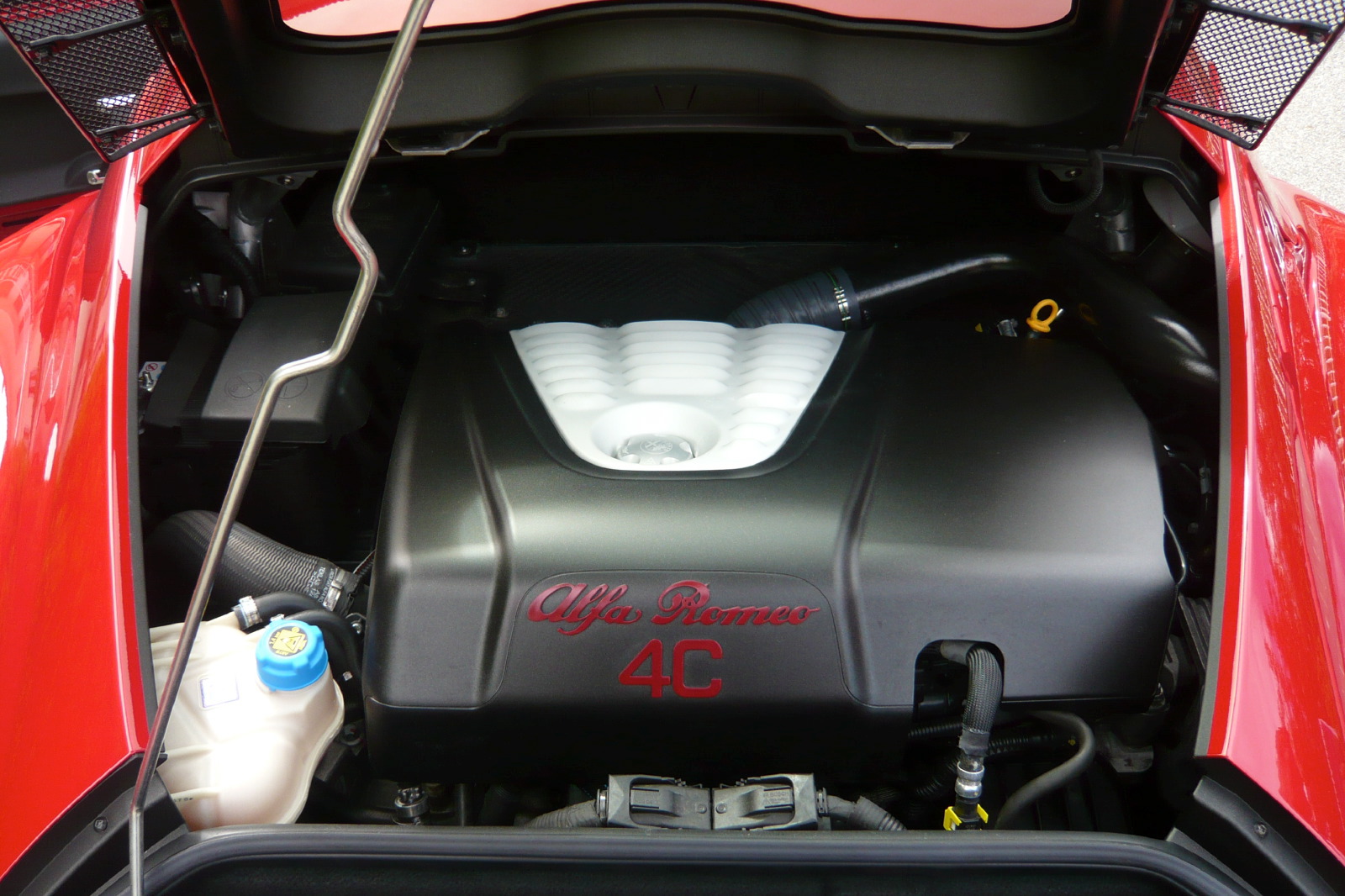 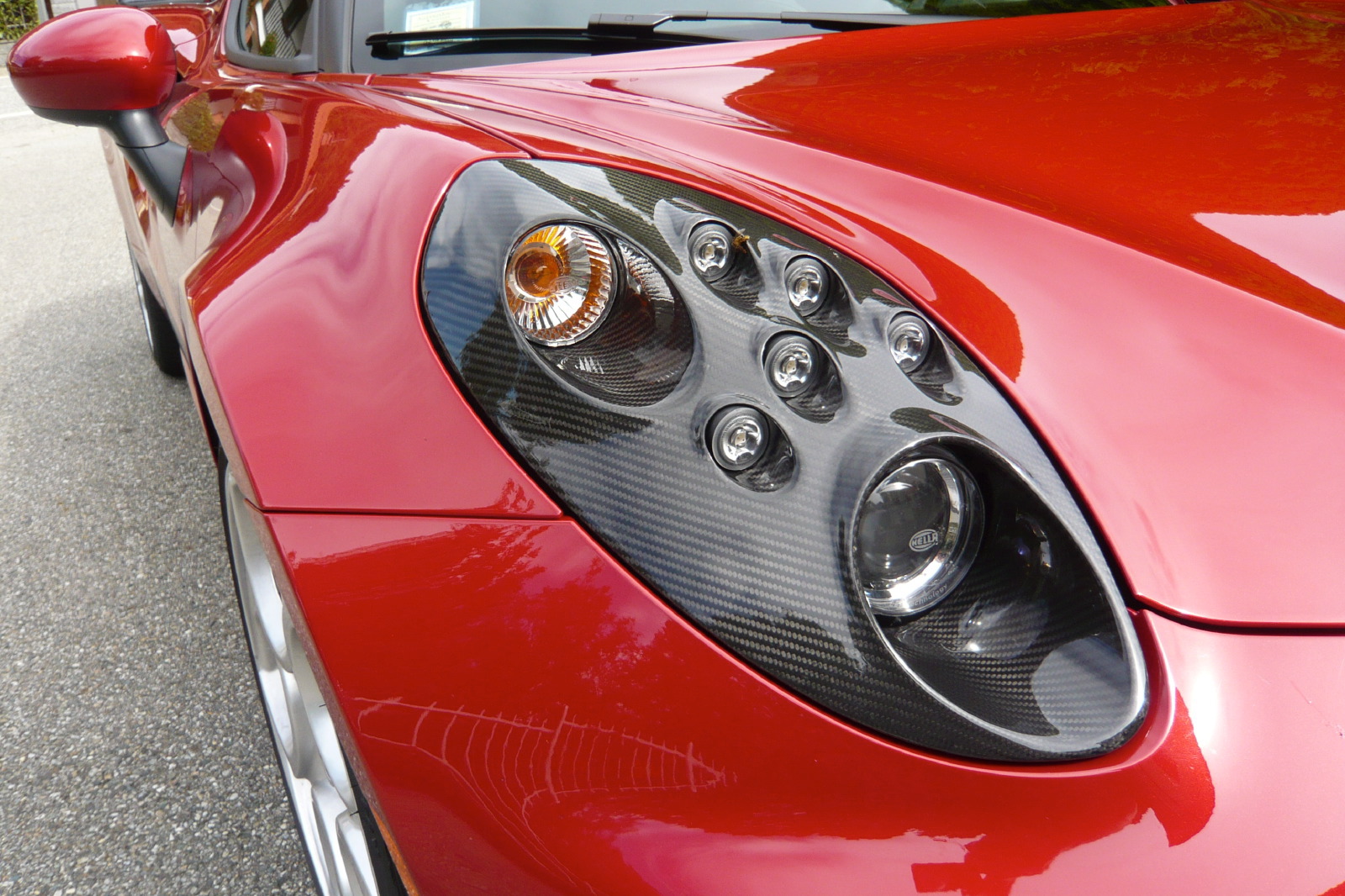 £1,600 carbon fiber headlamp surrounds are a must 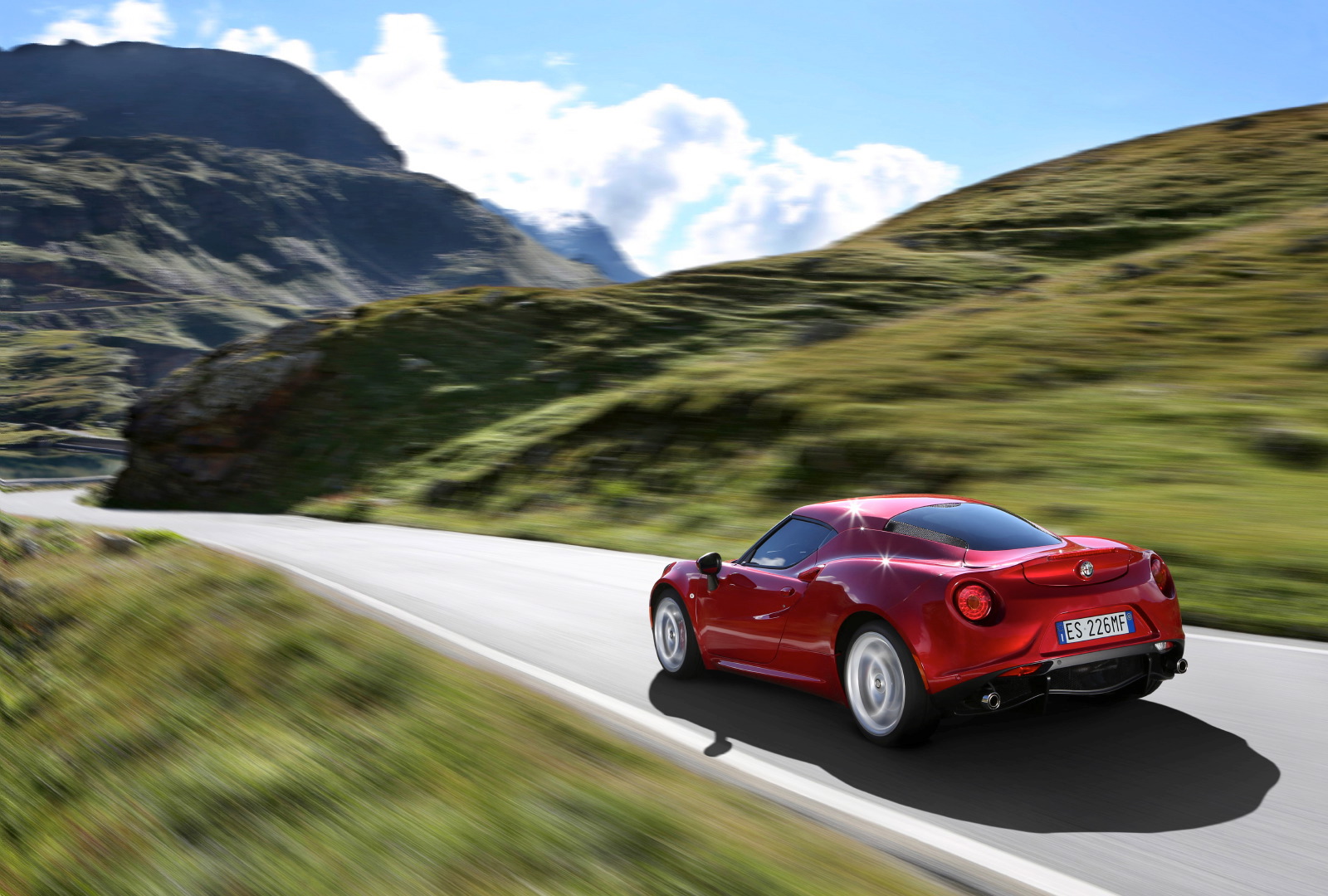 4C is a flagship that will influence all Alfa models

One of the most exciting cars of 2013 from a design and driving perspective is the Alfa Romeo 4C, so Car Design News was more than a bit excited to get behind its wheel to see if initial promise could match real-world driving reality.

Watching this two-seater, carbon fiber-bodied ‘mini-supercar' away from its previous motor show confines and out on the open road - especially in red - it looks like a proper Alfa. Key to this feeling are wide and very low proportions. At 3,989mm long, 1,864mm wide and 1,183mm high, it's 165mm longer and 145mm wider than a Lotus Elise - although slightly taller by 66mm - while considerably shorter, wider and lower than its other Porsche Cayman rival. 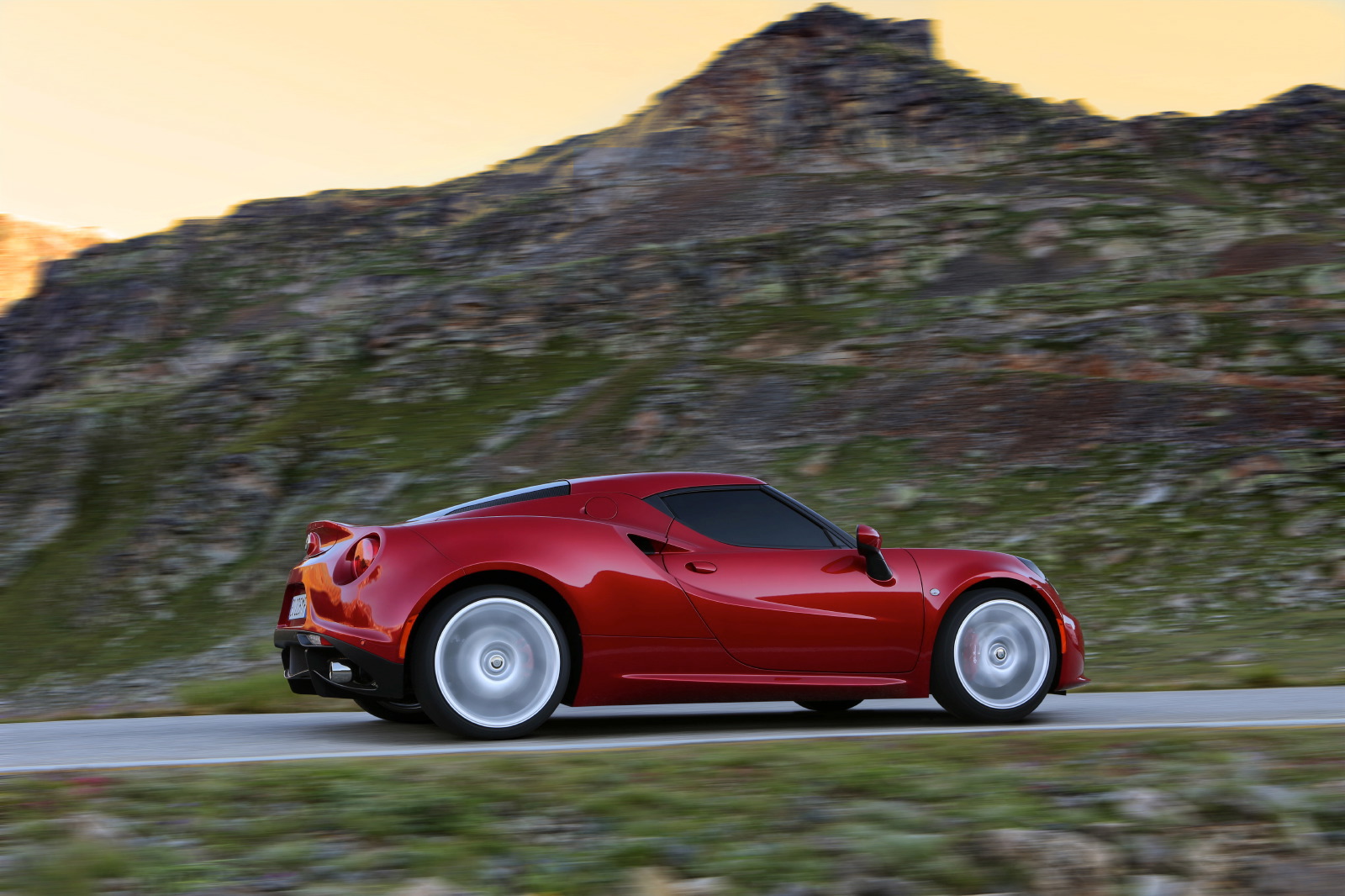 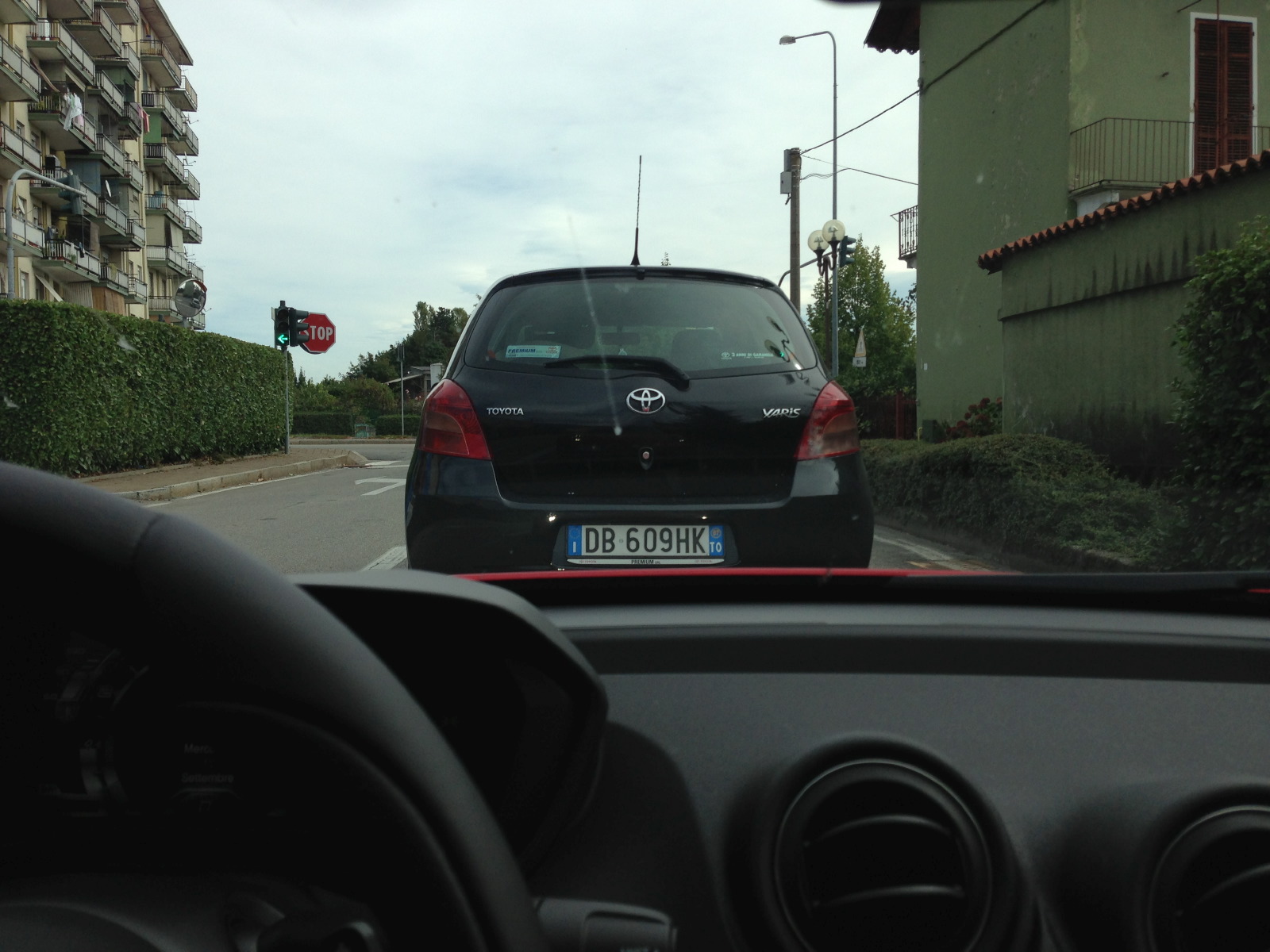 View of a Toyota Yaris from inside the 4C 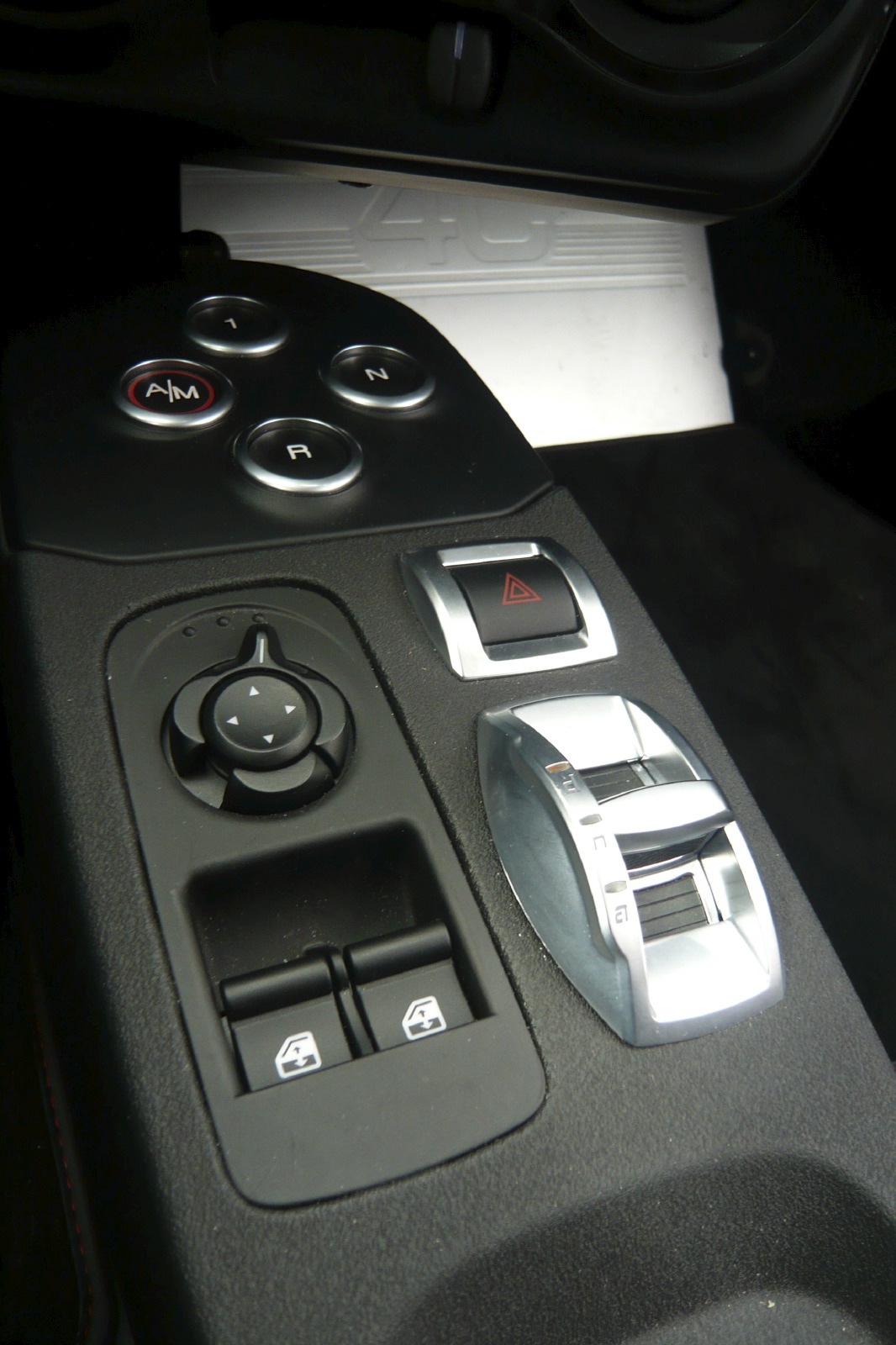 Interior is stripped-back and lightweight 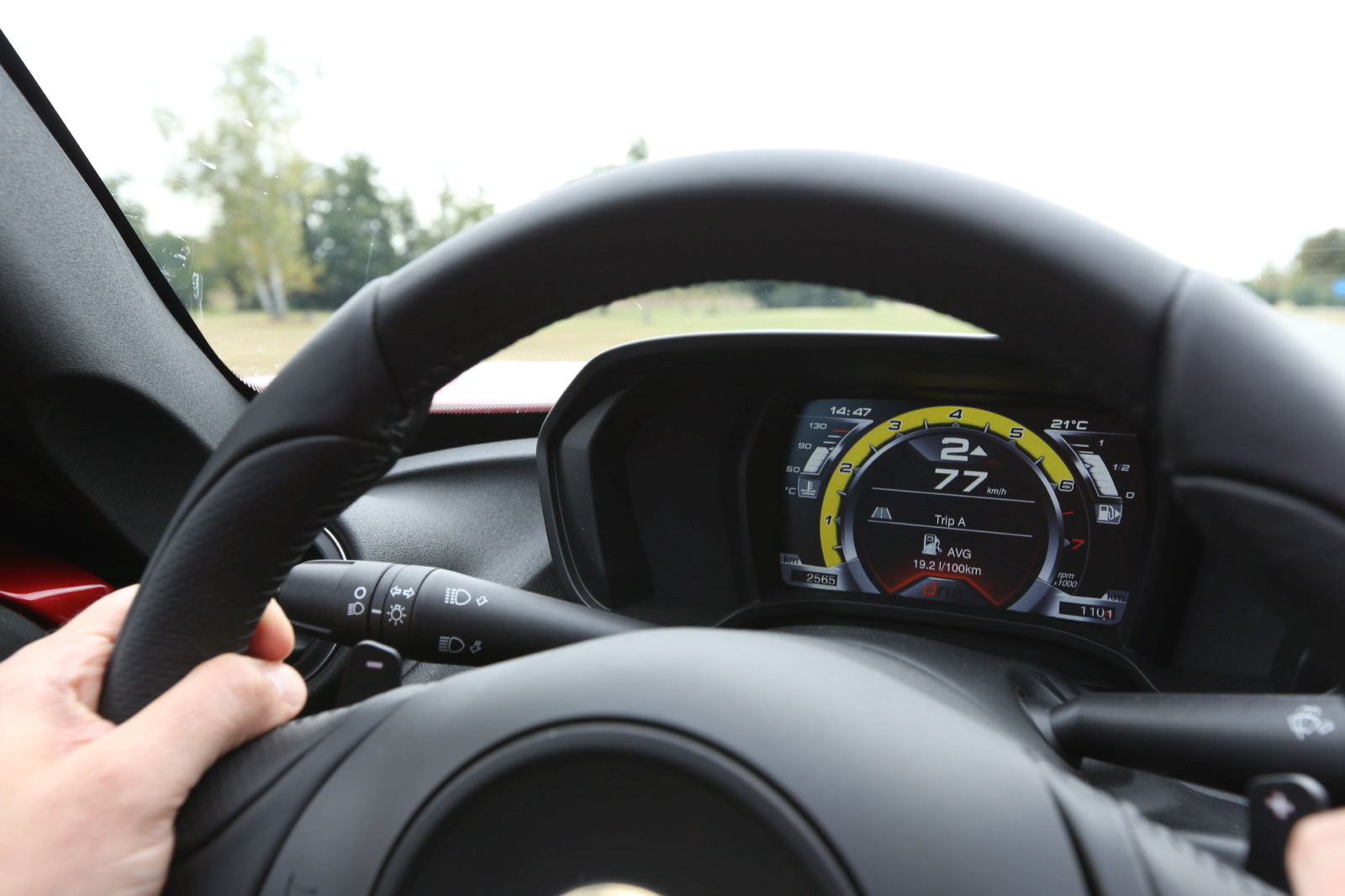 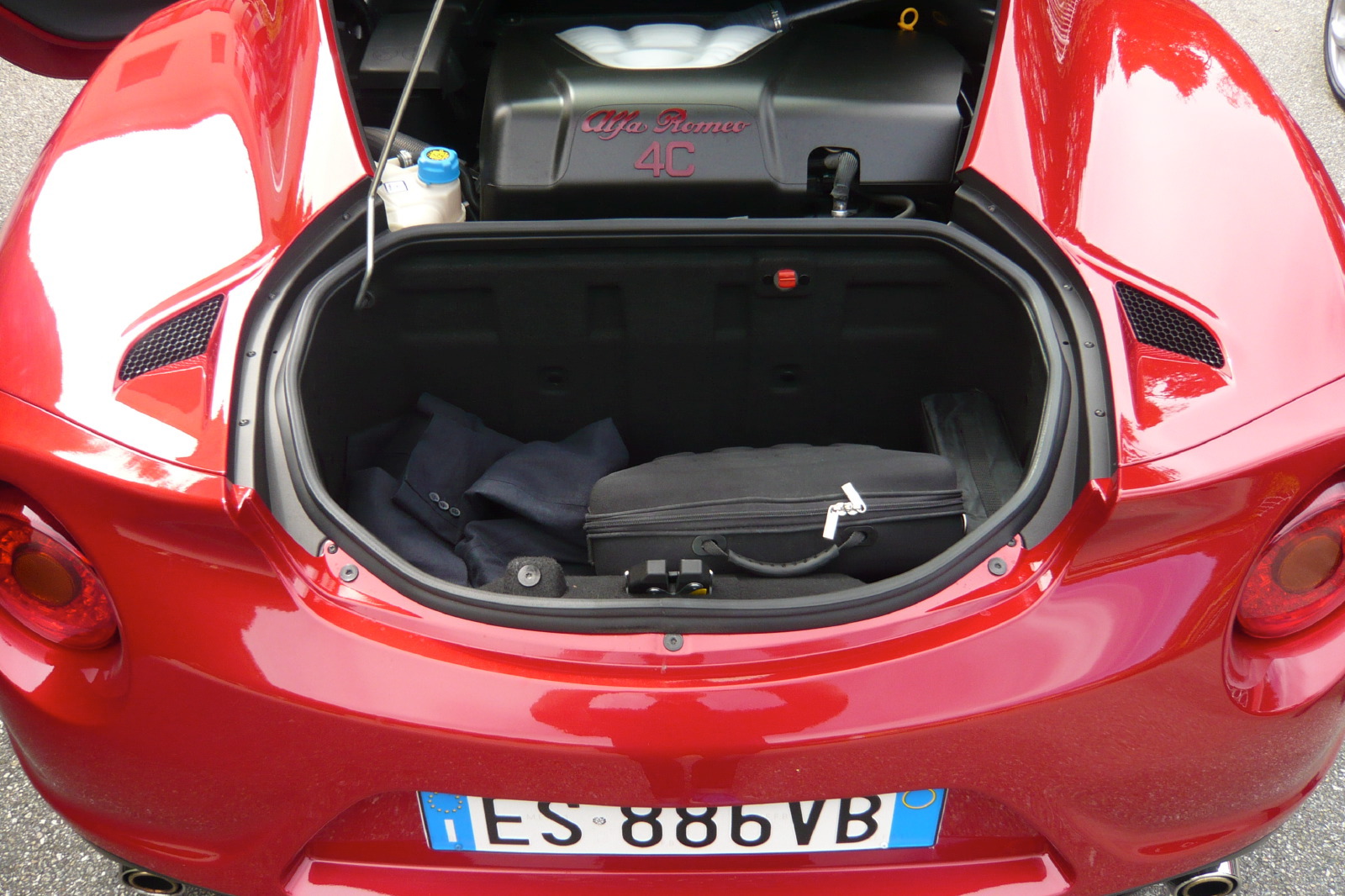 Trunk space is limited, as with other sports cars 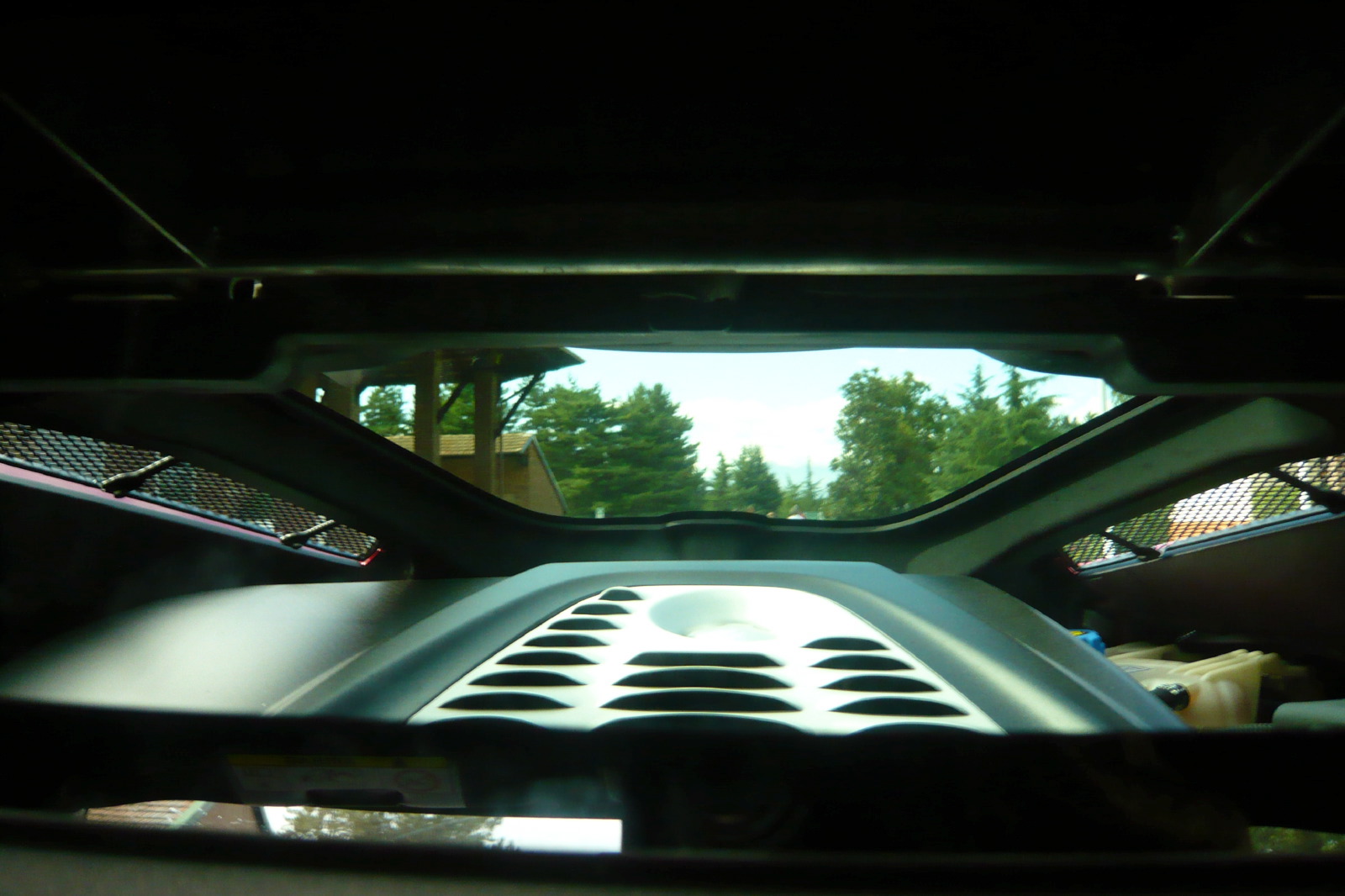 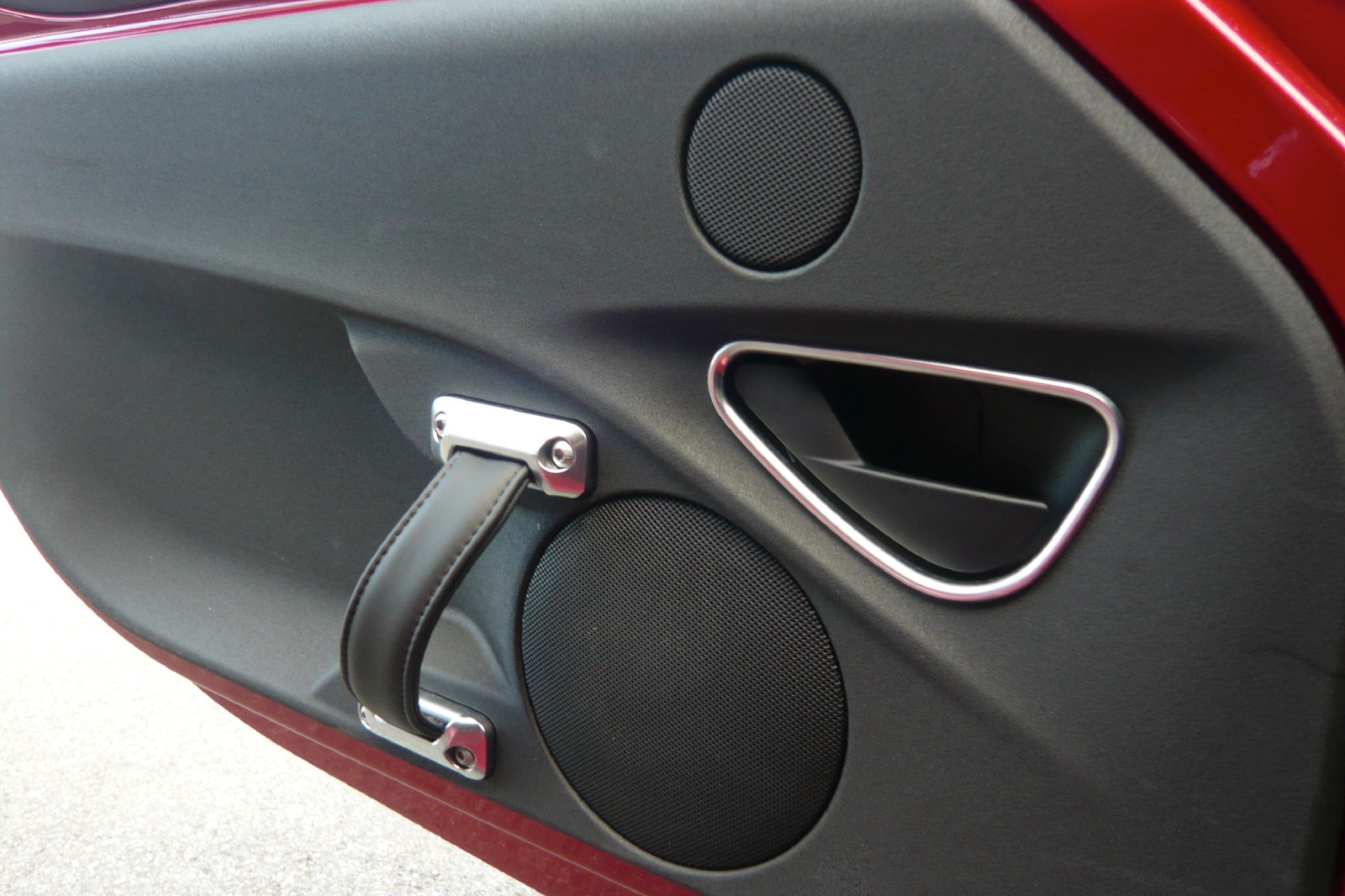 Stripped-out cabin can be badly packaged

Chief exterior designer Alessandro Maccolini says his team was inspired by the 1966 Scarabeo prototype and the 1967 33 Stradale (mid-engined like the 4C). He describes the 4C's overtly curvaeous bodywork as "necessary beauty" though, not just in how closely it envelopes the engineering package, but also in specific details, like in the way the rear spoiler is integrated and in how the back end protrudes further out than the rear light housings, to protect the latter in a rear-end shunt.

Low-slung cars can look beautiful but they're not the easiest to access. I choose to hunker down the shoulders, grab the A-pillar and open driver's door and fall diagonally backwards into the bucket-style seats, which is about as graceful as it sounds. Once inside, a good driving position is easy to find, but almost all other cars around you suddenly seem big - even a Toyota Yaris (see right).

There's no manual gear stick though. As the 4C relaunches Alfa globally - including the US where ‘stick-shifts' are rare - it only offers an automatic six-speed dual-clutch gearbox with steering wheel-mounted plastic paddles and Alfa's usual toggle-switch driving modes, plus a fourth ‘Race' setting for quicker everything and less electronic safety intervention. The paddles are a little thin and plasticky, but that's in sync with the rest of the deliberately sparse and lightweight interior.

The 4C weighs just 920kg with fluids, 4kg less than the Elise S and 420kg less than the Cayman. Such weight-saving means the small four-cylinder 240bhp 1,750cc petrol engine has power enough to get the 4C to 0-62mph in 4.5-seconds, besting the nearest priced and powered Elise S and all Cayman models.

It feels fast too. Depressing the aluminum accelerator pedal makes the car fly forward with real urgency and a noticeably loud engine roar, specially tuned to emphasize the low frequencies. It really sounds awesome (and I'm no needless engine-revving drooler). Each gear change also comes with a pleasing shove in the seatback, while the sharp - if slightly Honda Civic reminiscent - digital driver display makes it clear not only when the redline is approaching by turning the analogue-style rev band to yellow but also which gear you're in, handy info when having fun on twisty mountain roads.

The quick steering is mechanical so you know just what the wheels are doing and as the car is so small - and its front corners clearly visible - it's easy to position on the road and feel in control. Roll and pitch through corners is minimal, which further improves the driver feeling and also the car's outward appearance when moving.

The 4C is not without its faults though. The on-road ride is unforgiving over bumpy roads with the 18-inch front wheels and 19-inch rears tested. They fit the wheel arches well but the standard 17/18s set-up should improve comfort. Flick the driving mode toggle to ‘Natural' and ‘auto' for poor road surfaces and it's more tolerable. The rear view is terrible. £420 parking sensors are a ‘must-tick' option, as are the £1,600 real carbon fiber headlamp surrounds because the plain black versions look so cheap.

The 110-liter boot won't take much more than a weekend bag, but that's a regular sportscar gripe, and finally, the aforementioned stripped-out cabin - although artfully exposing its carbon fiber chassis in places, like on the super-wide door sill - is in places badly packaged. Case in point, the passenger-side plastic edge of the heavily angled center console is sharp and intrudes well into the footwell to the detriment of any co-pilot's shins (especially at speed).

But then the 4C's design is all about the driver's experience. Choose smooth roads with forgiving company (probably your own, or a like-minded soul) and the 4C will elicit big grins. Only 3,500 will be made per year to keep things exclusive, although targa and faster versions could follow in time. Despite its flaws then, the 4C represents a genuine new start for the stylish but beleaguered brand as a relatively affordable £45k flagship set to influence all future Alfas big and small. Promise delivered.