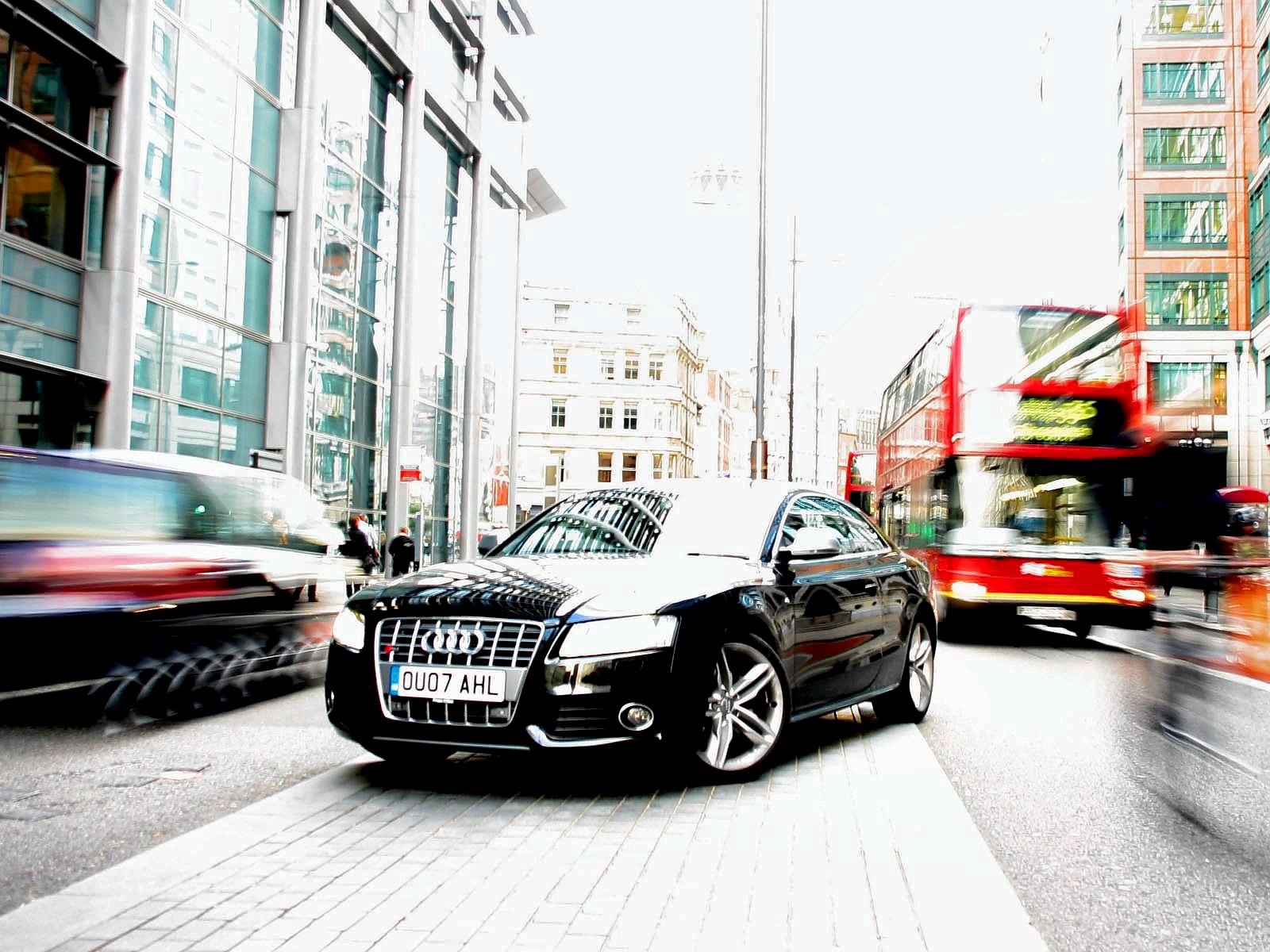 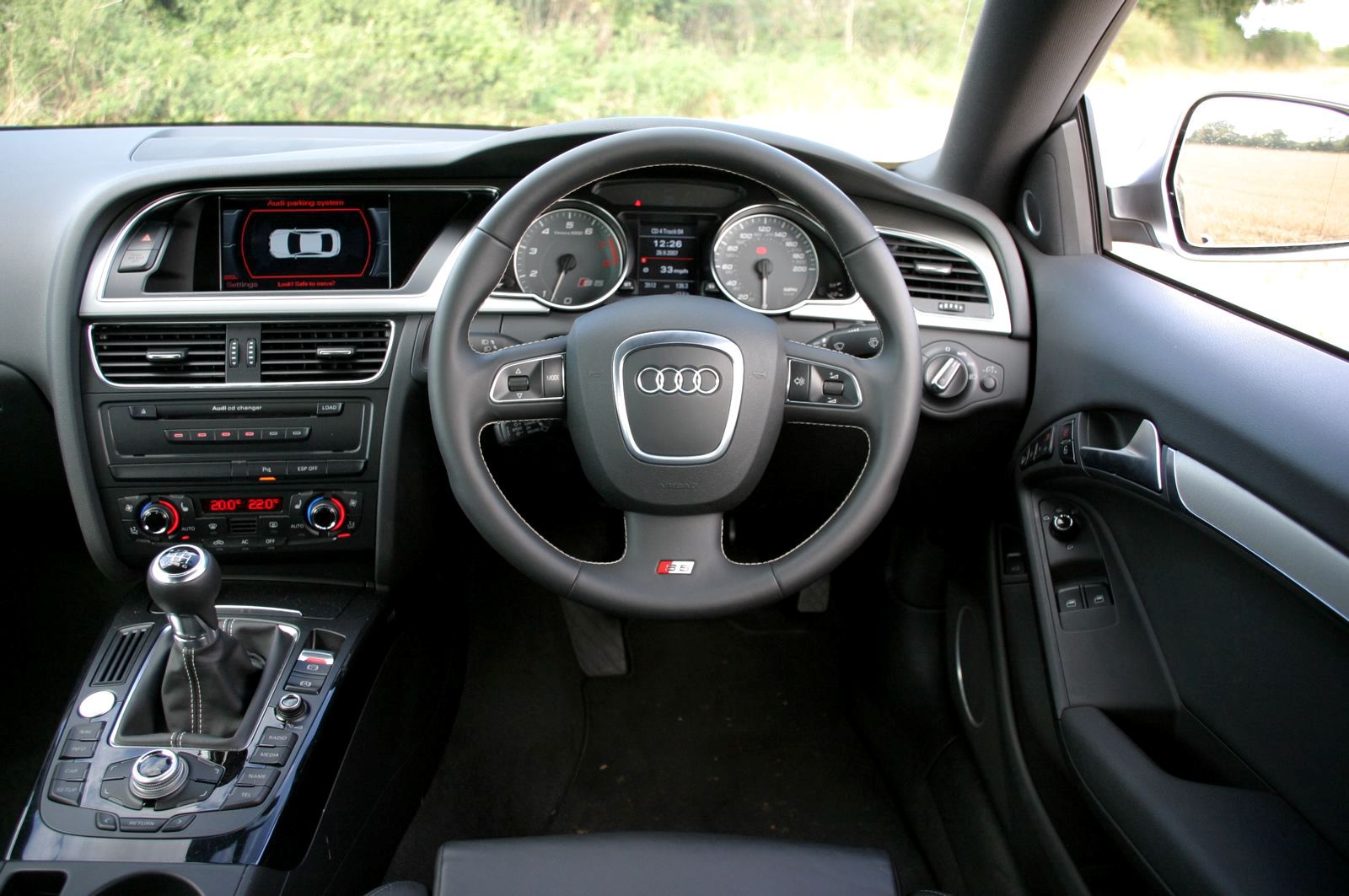 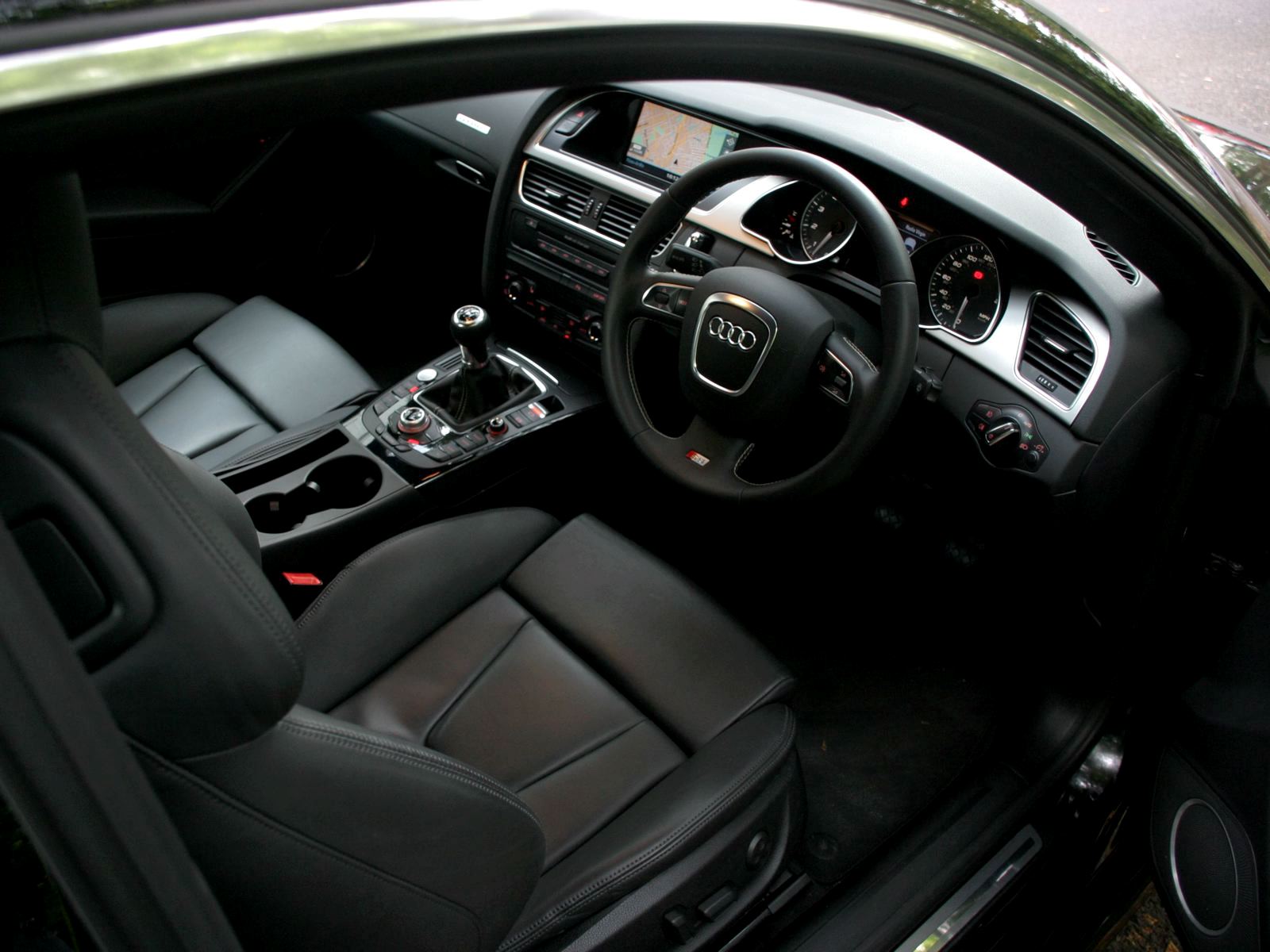 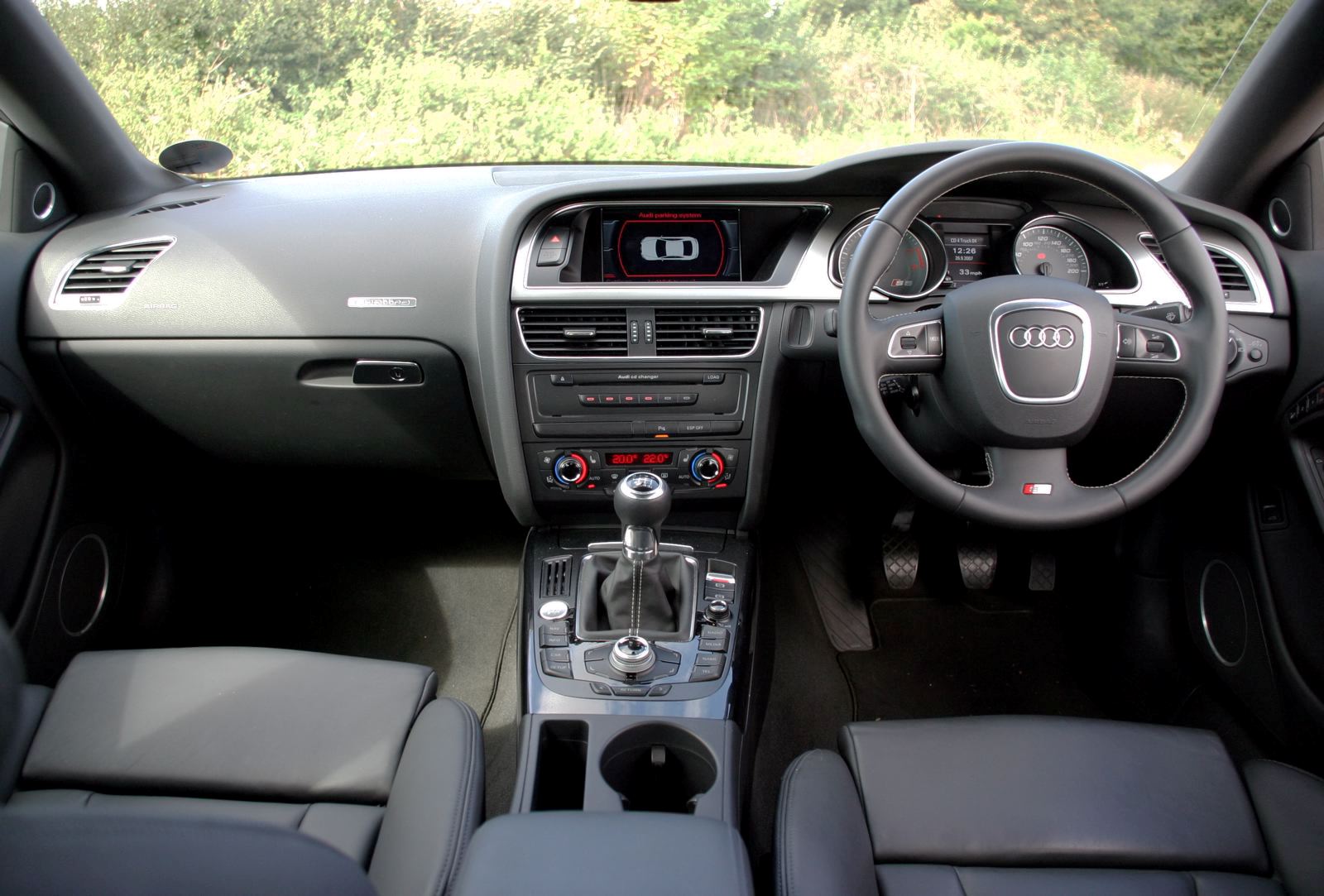 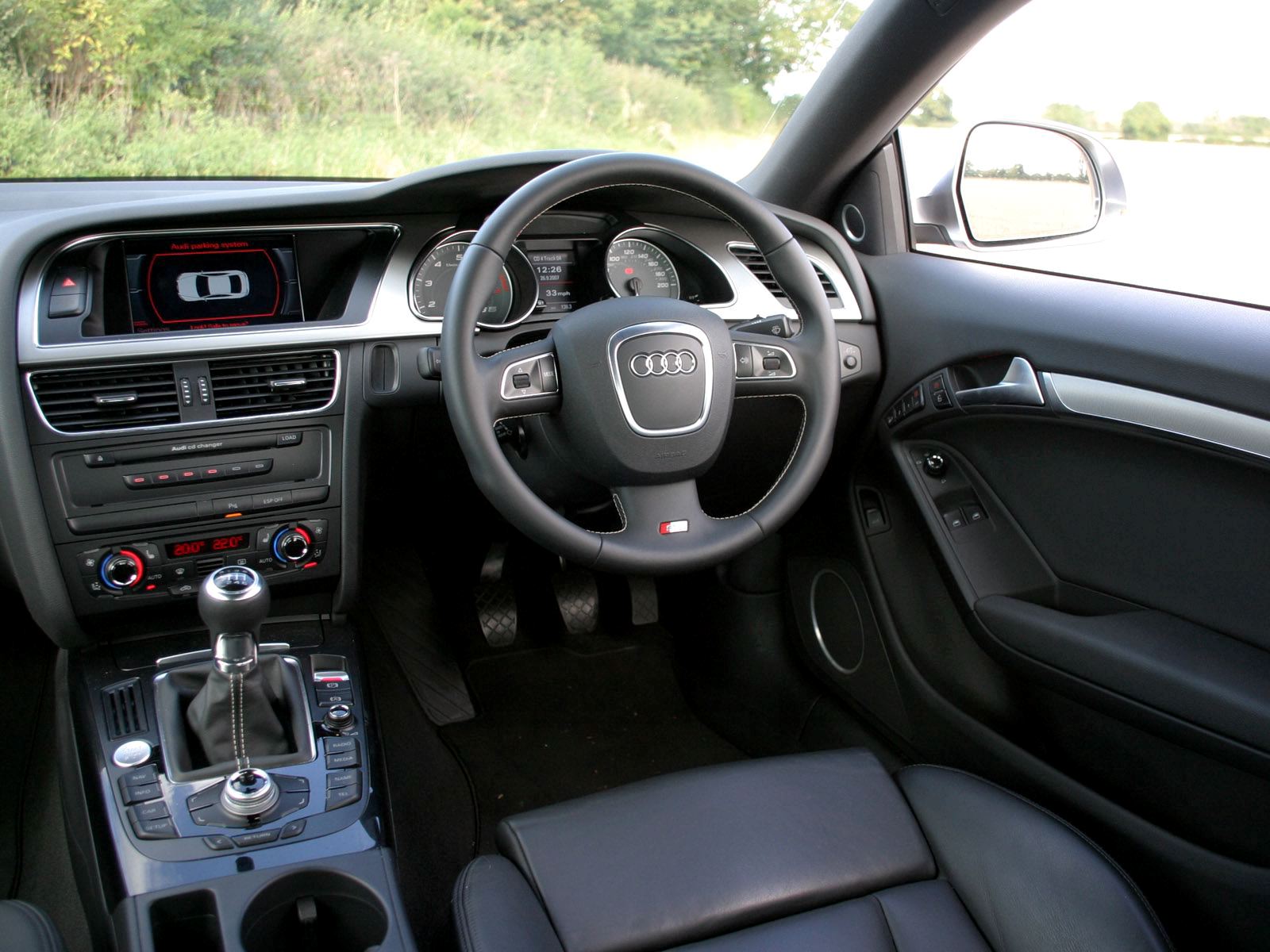 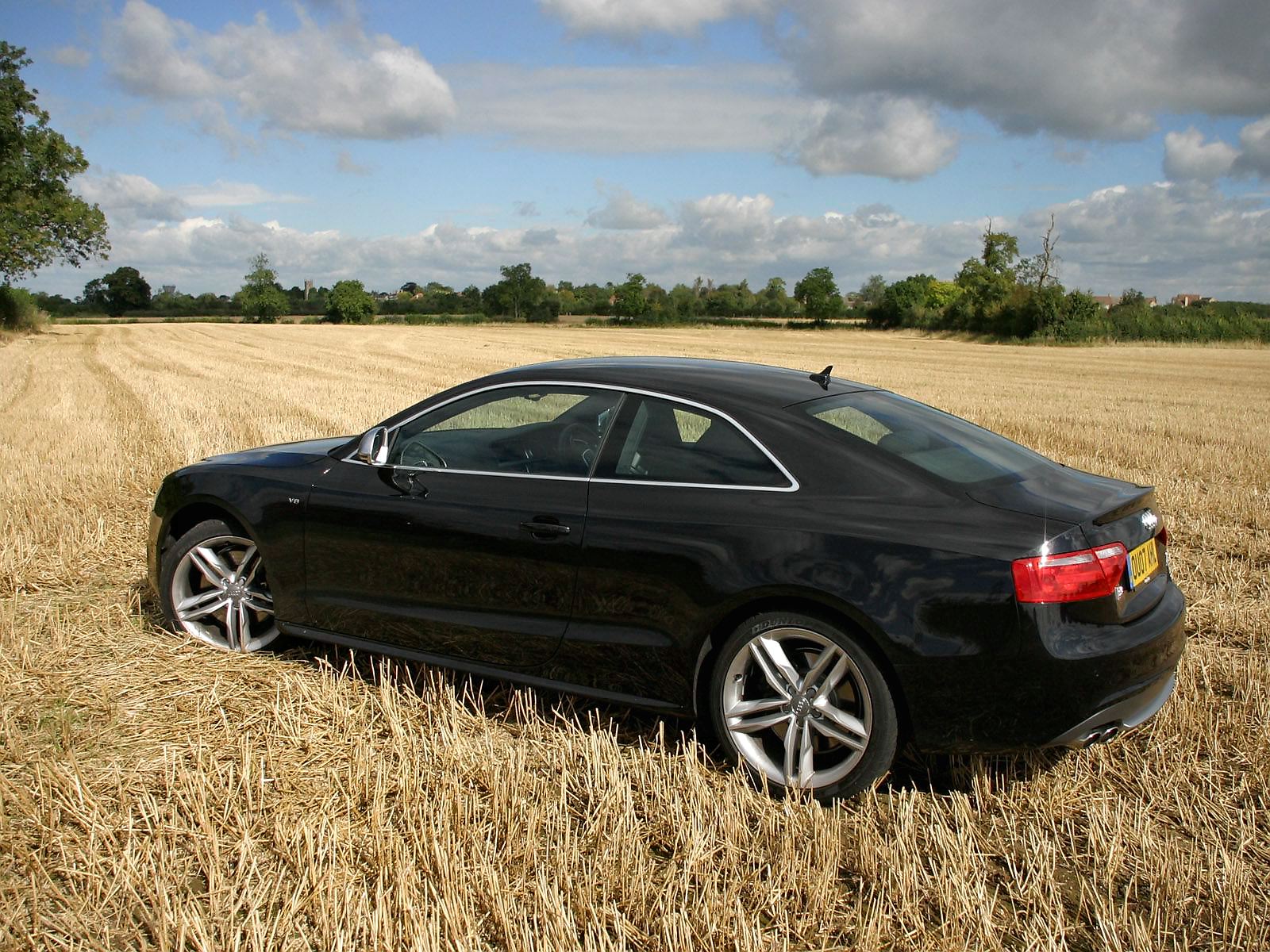 Driving the S5 out of London in slow moving traffic on a warm Friday evening, it was interesting to observe other drivers' reactions to the car. A new BMW M5 jostled to get a closer look, several Audi TT drivers nonchalantly pulled up alongside to cast a glance at the newcomer, and even a brace of Bentley Continental GTs and a Ferrari 430 nodded approvingly as we waited together at red lights. 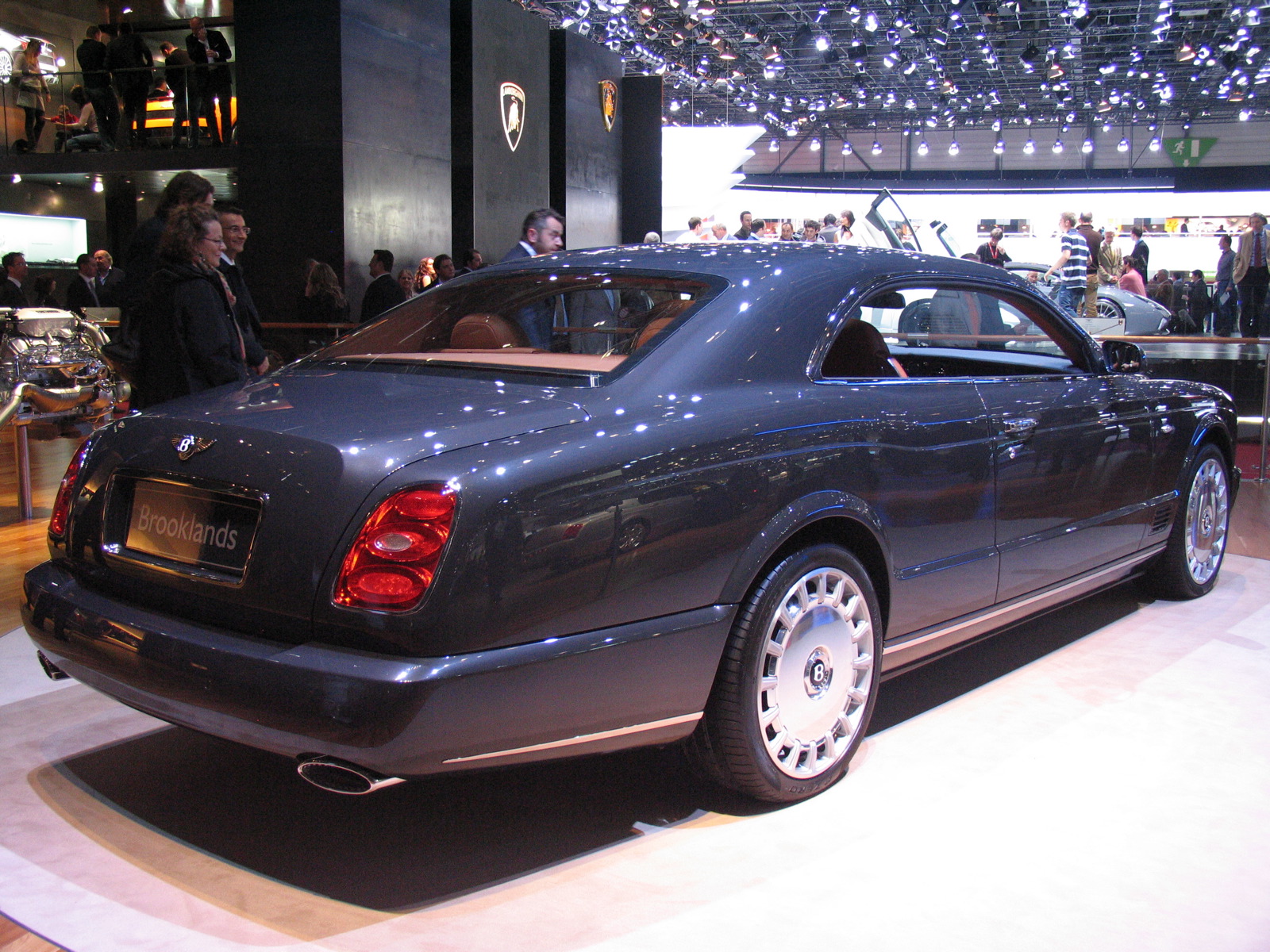 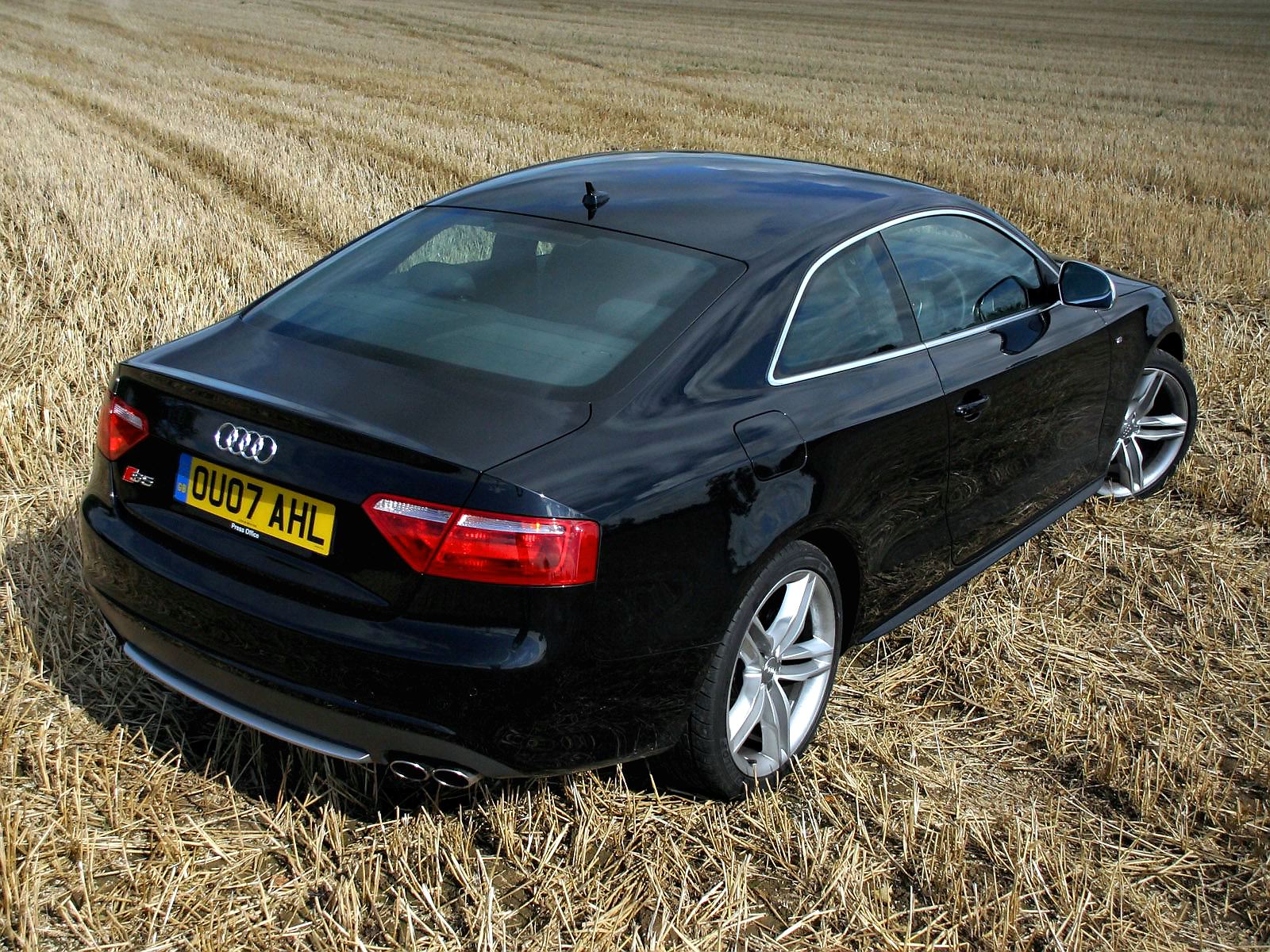 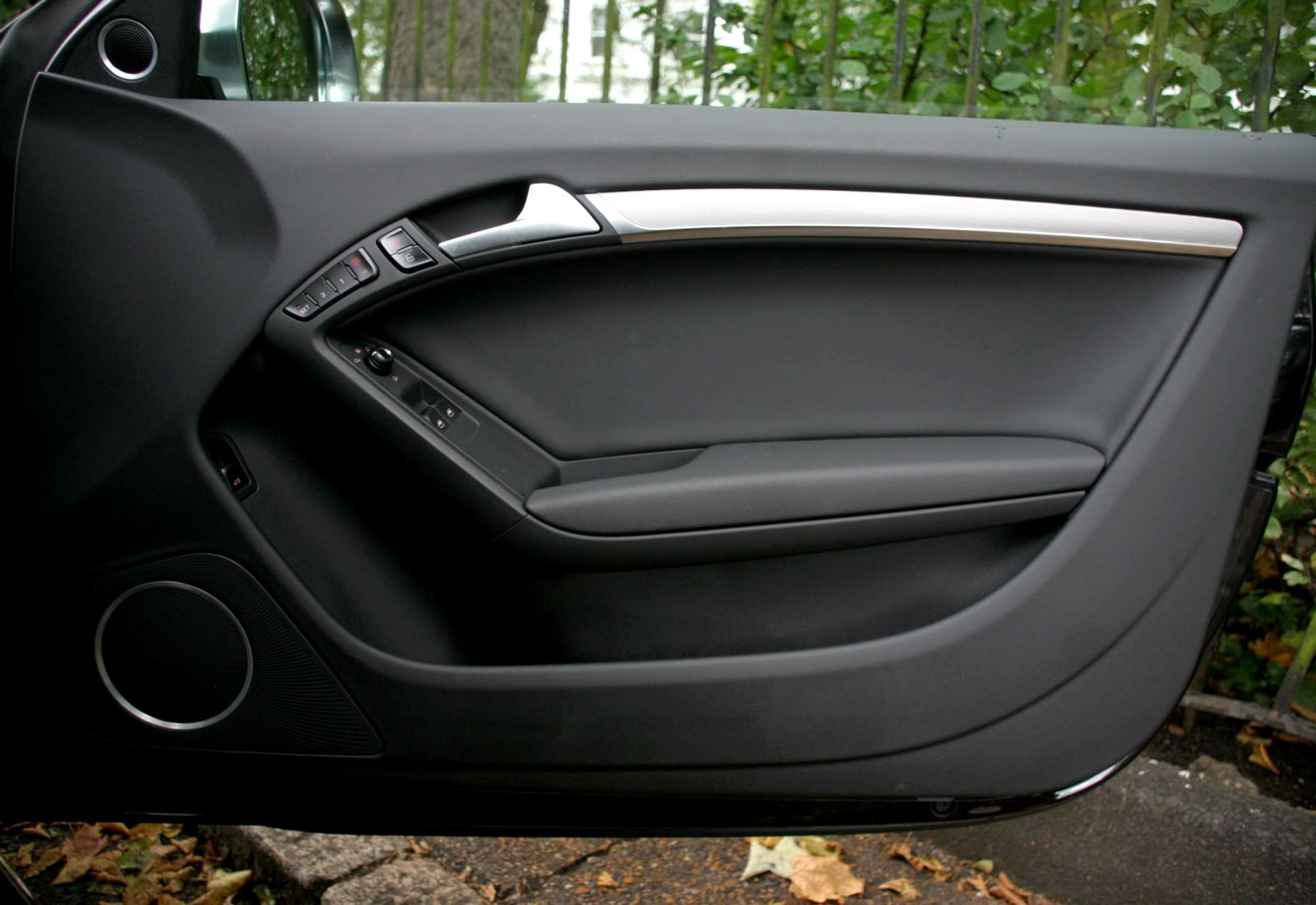 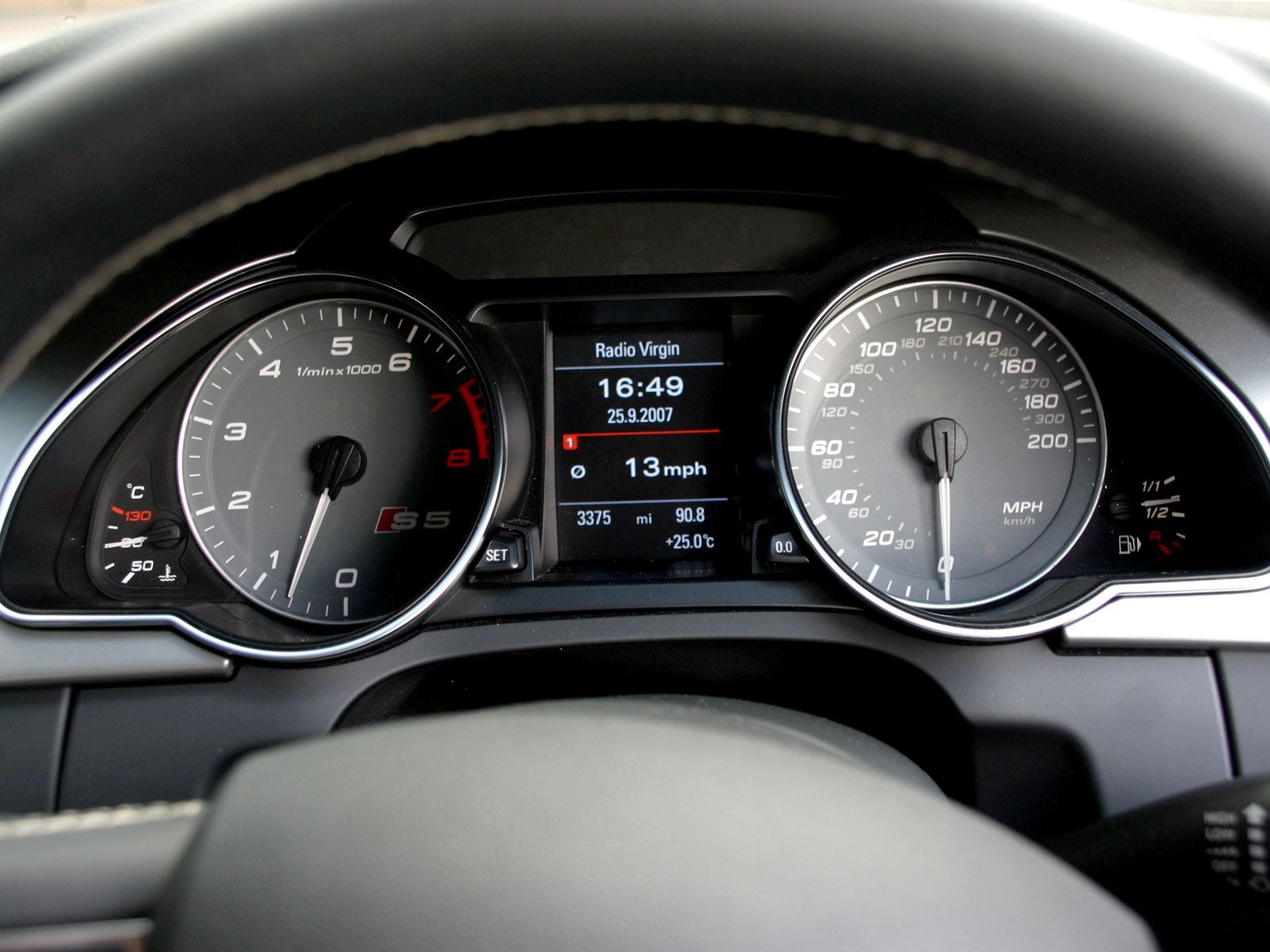 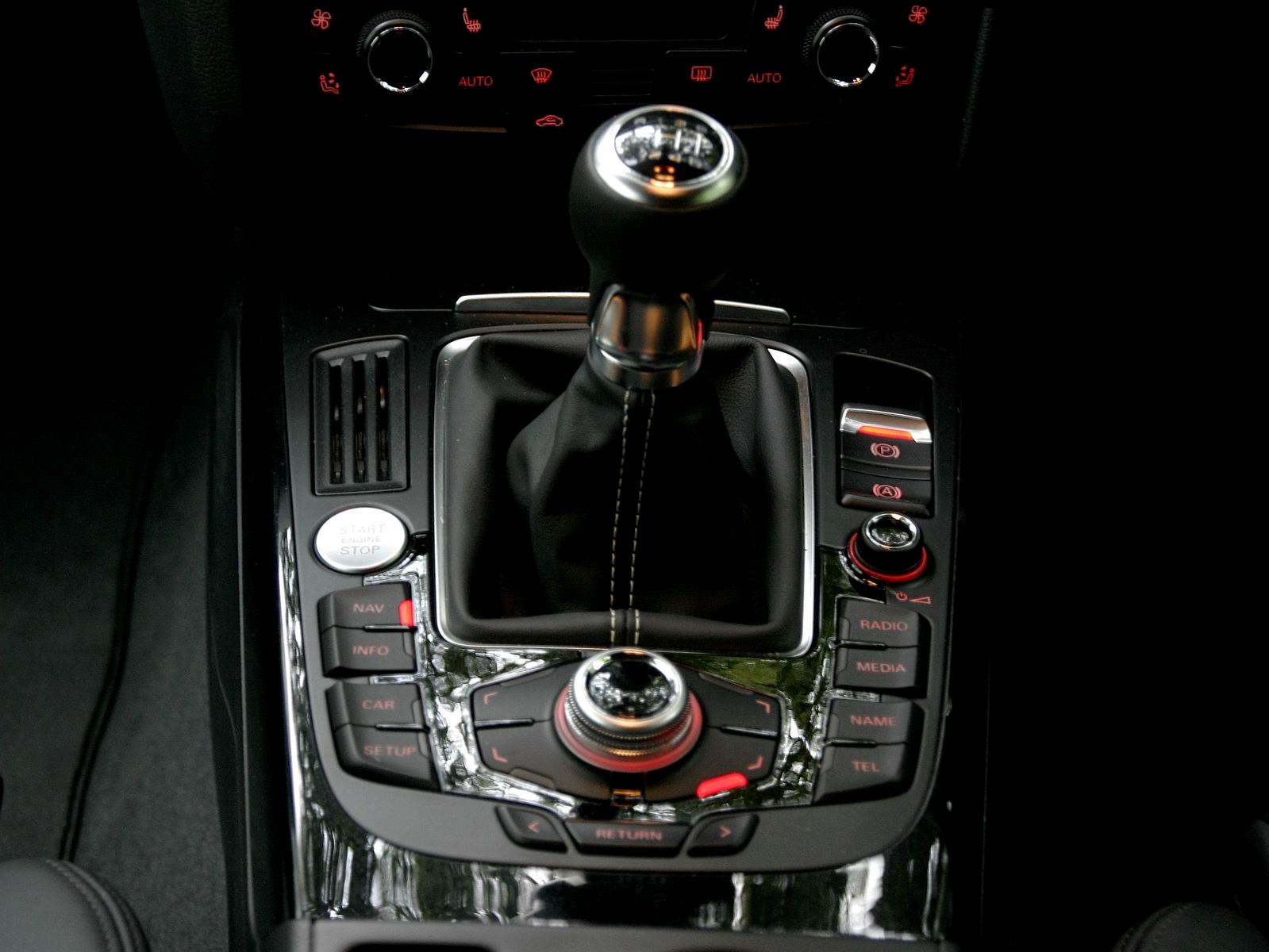 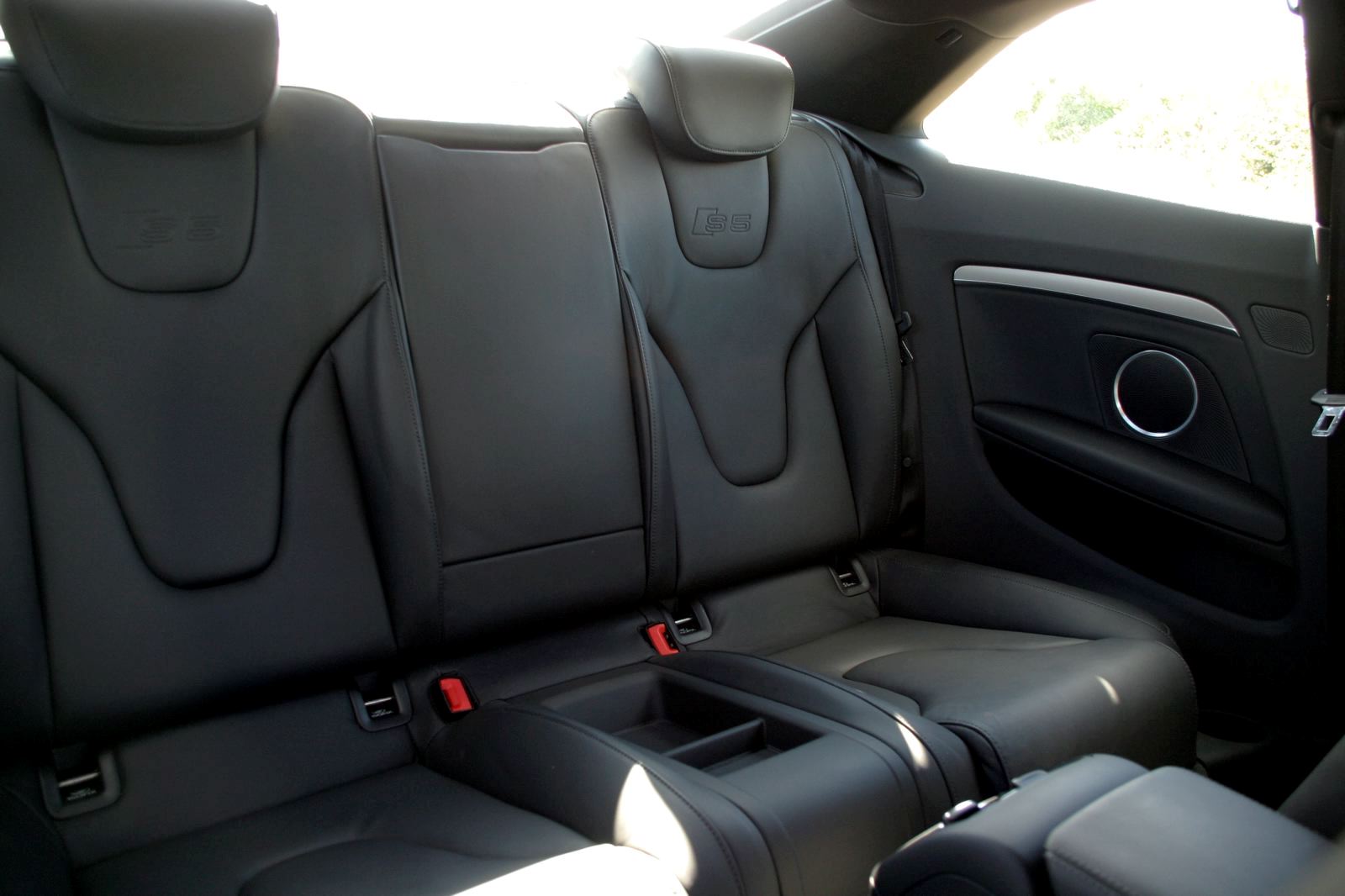 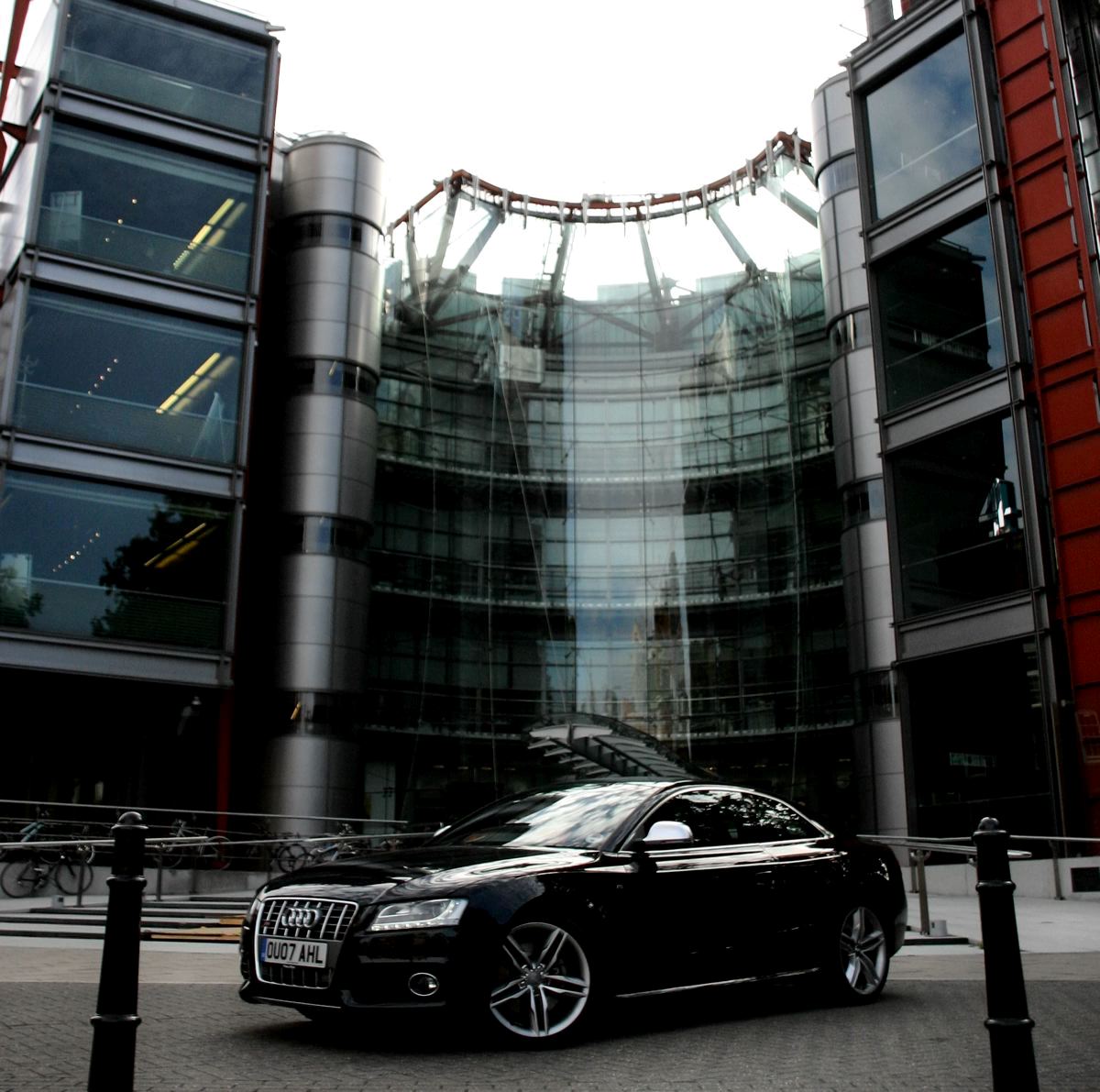 So it does get noticed. Indeed, if one had to pick a car it most resembles from rear ¾ it would be a Bentley: that solid rear fender, the hunched roof profile and small glass area are strongly reminiscent of a Brooklands coupé, for instance. Not that it's a bad thing: the original 100S Coupé was often compared by contemporary journalists to the Aston Martin DBS, due to the similar roof profile of the two cars.

The new front axle and differential arrangement pushes the engine rearwards compared to previous Audis and this gives the S5 a much more sporting proportion, closer to its key rival, the BMW 3 Series. The familiar 4.2-liter V8 is a well-used engine within Audi's S models and that lovely burbly engine note is a strong part of the S5's character. With 349hp, six-speed manual and quattro all-wheel-drive, there's plenty of performance, and less nose-heavy handling compared to previous S-series Audis.

Stepping into the S5 will be a familiar experience for many customers. While the impression is of a high quality interior, the entire IP and center console are shared with the new A4, so it lacks the drama of the TT or R8 cabins. As on the A6, the console is slightly angled towards the driver and the instruments are housed in droplet-shaped surrounds. There's a familiar grouping of MMI controls around the gearshift, although with 20 buttons to operate, there's always a risk of hitting the wrong one.

The S5 interior ambience is lifted by a variety of finishes to the inserts fitted on this top model. A piano black surround on the console is combined with smooth aluminium on the IP panel. The door panel linings feature a clean sweep of trim, yet with another texture of stainless steel mesh framed by smooth aluminum...A bit over-complex.

The front seats are extremely comfortable, with fixed headrests, adjustable thigh cushions and electric lumbar support. Similarly, there's a lovely steering wheel, with white stitching and signature S5 emblem. Elsewhere, a 'quattro' badge on the passenger side and S5 logos on the seats and instruments help to punctuate the design. However, the impression is somewhat claustrophobic with restricted visibility, and the optional black headlining seemed a step too far in the black-on-black theme.

Other nice touches include an electric park brake and hold assist (useful in traffic), a top end Bang & Olufsen sound system and an electronic key. Sensors detect it within 1.5m of the car as you approach and unlock the car, allowing the engine to be fired up by simply pressing the start/stop button next to the gearshift.

So, can the S5 be regarded as a baby Bentley? In many respects, yes. But if there is a problem with the S5's styling it's that it is so restrained, especially when seen in the context of the new A4. It's the epitome of understatement, in many ways not unlike the 1991 BMW coupé: a straightforward two-door version of the four-door. And, while it will naturally appeal to wealthier young TT owners as a follow-on statement rather than a standard-issue A4, this model has less distinctive design elements than the previous three generations of Audi coupés. For the moment, however, it has carved out a neat section of the market for itself.