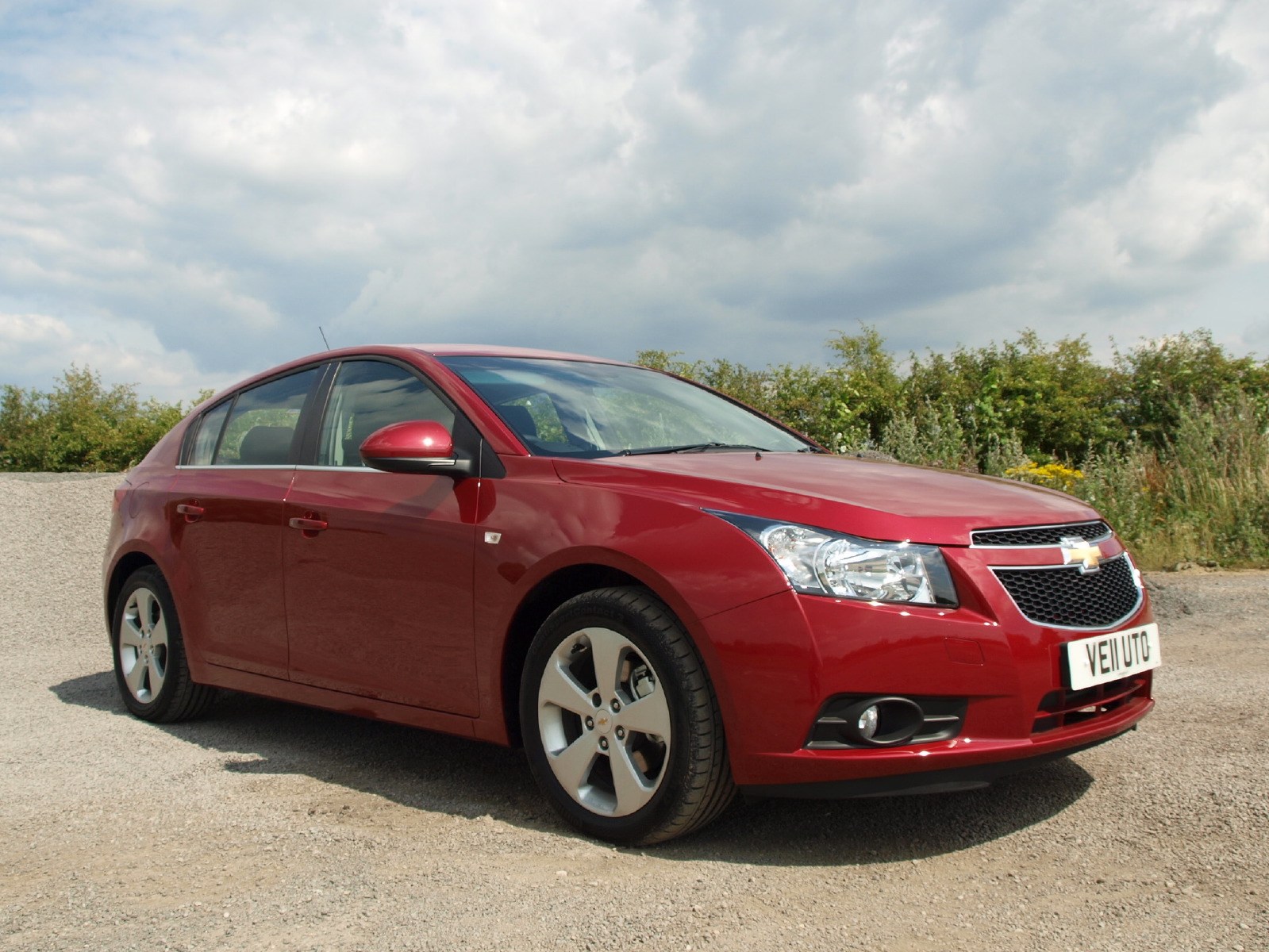 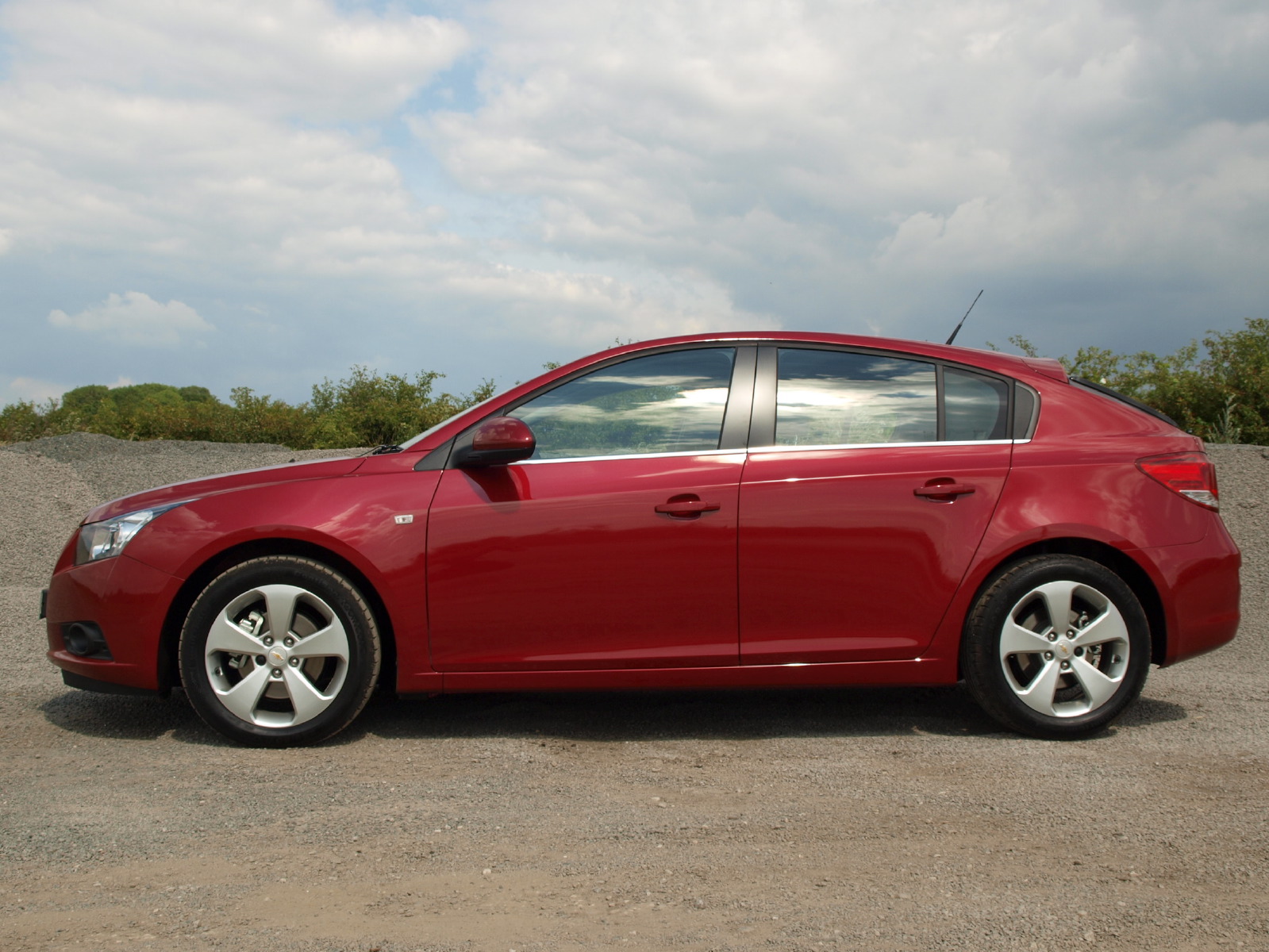 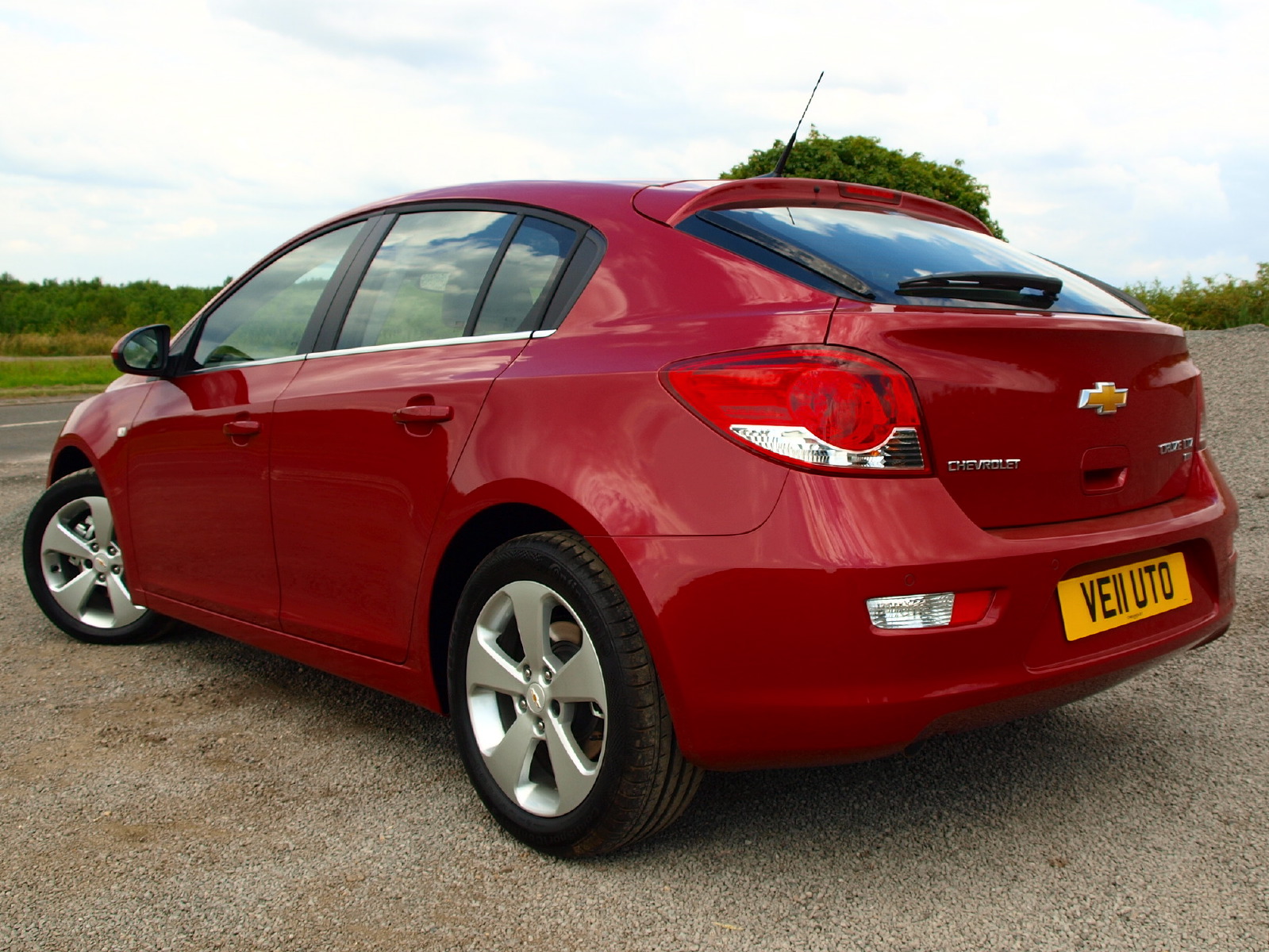 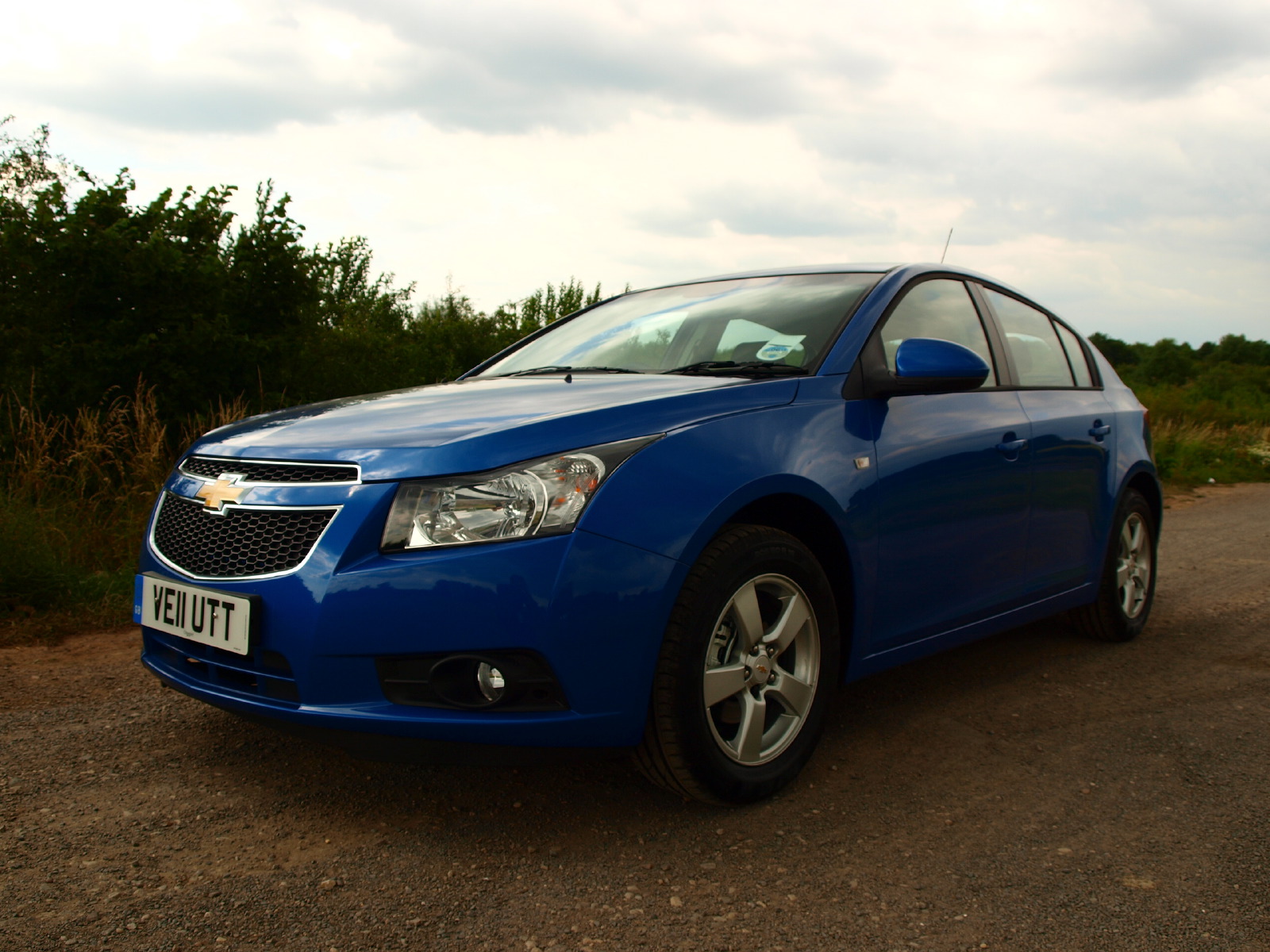 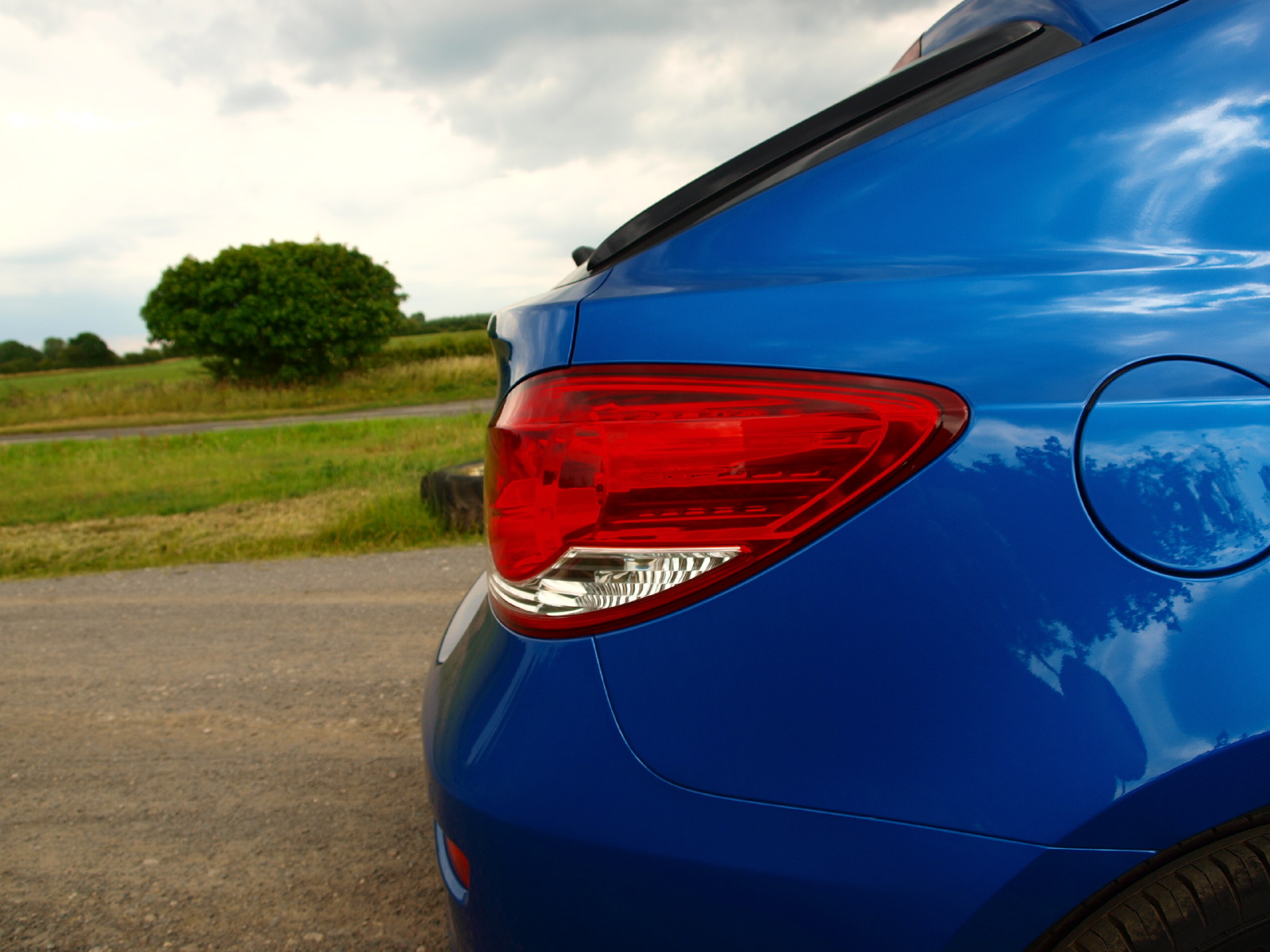 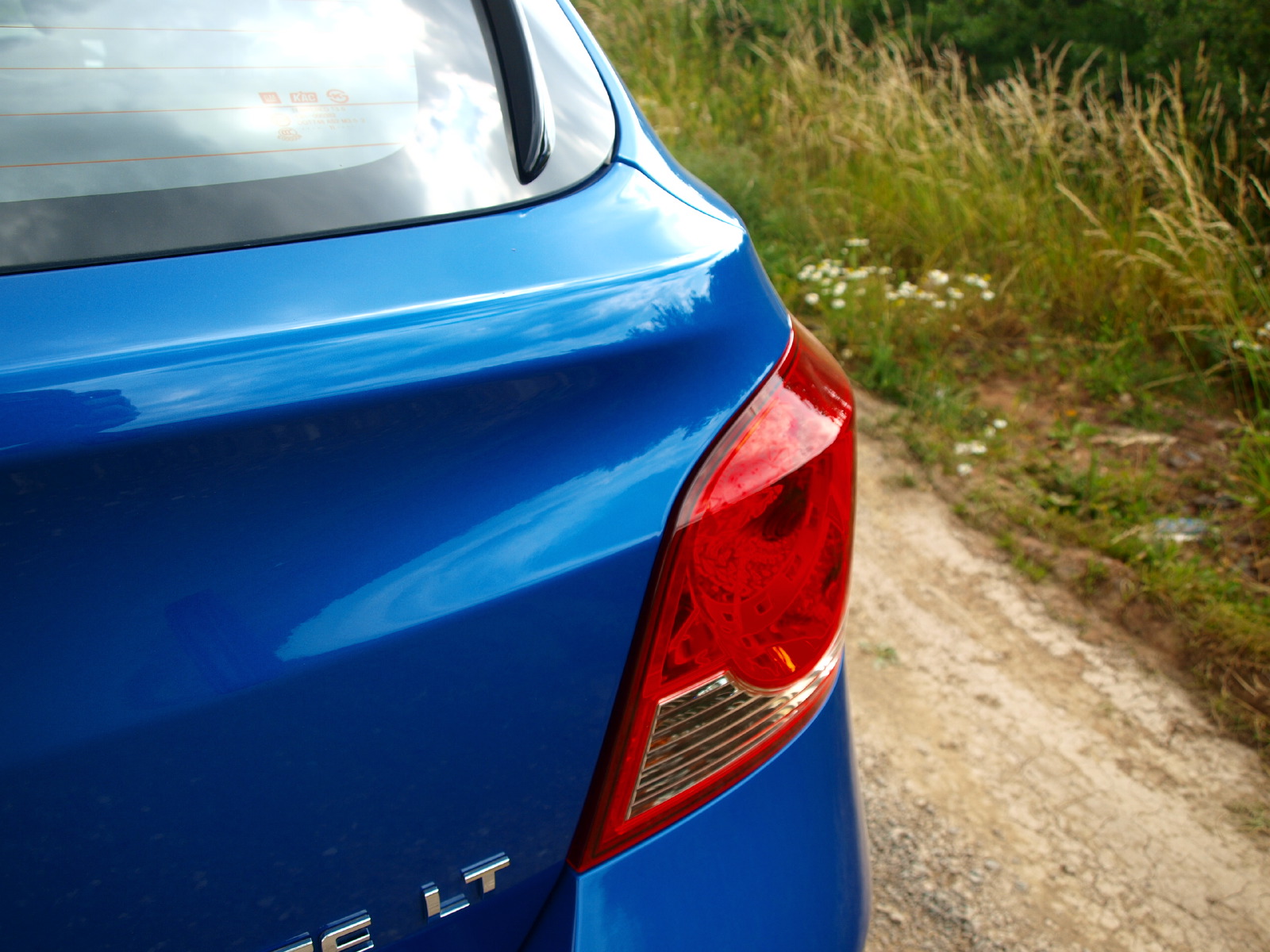 The C-segment is one of the most important sectors of the automotive market, with every mainstream manufacturer having at least one car competing within. From Alfa Romeo's Giulietta through to the Lexus CT200h and Volvo's C30, there really is a car for everyone.

So, in a potentially saturated marketplace, what can a Chevrolet hatchback offer above and beyond a nostalgic name and a tenuous link to an American heritage? 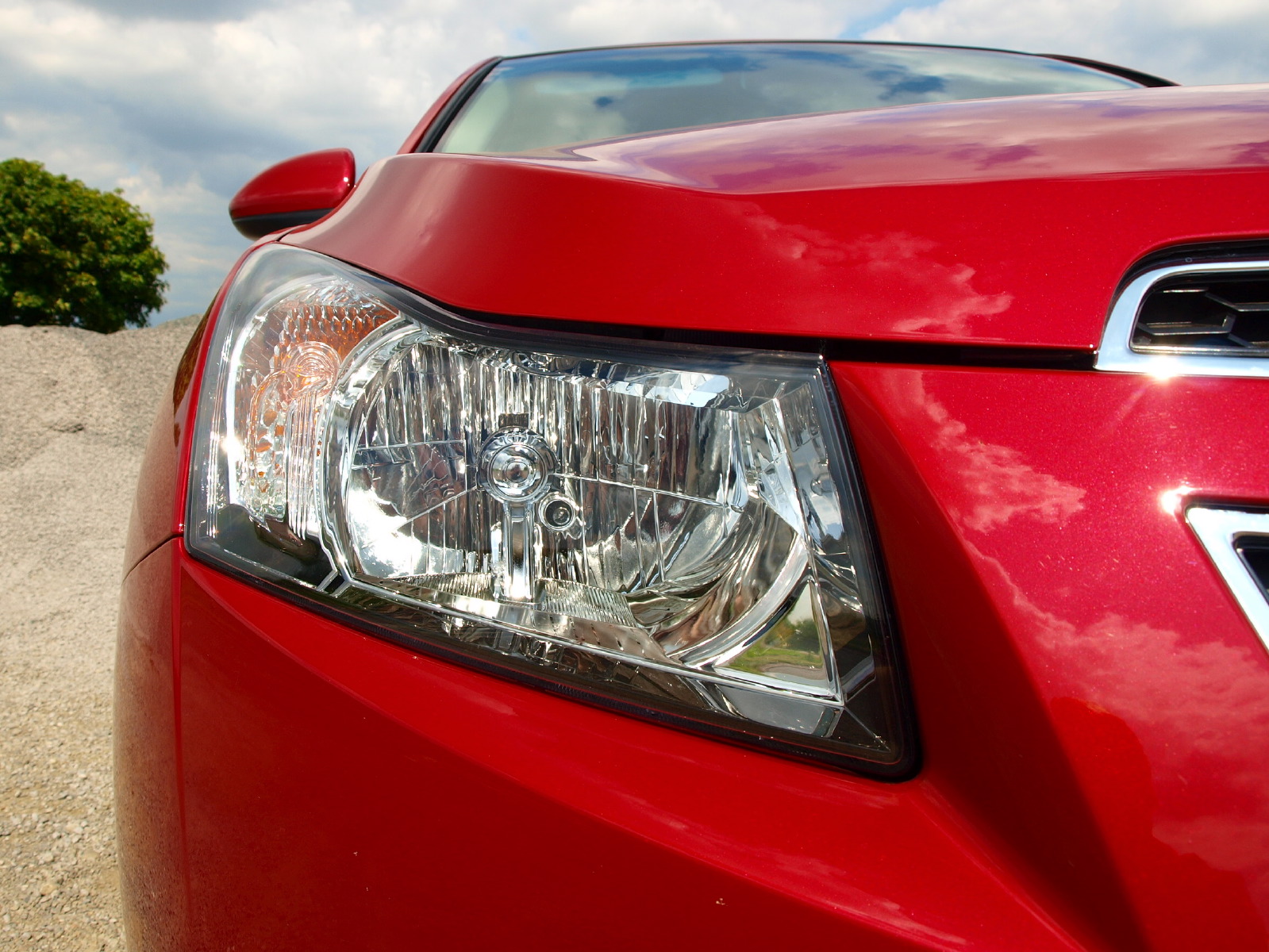 Drawn back headlights give Cruze an imposing presence 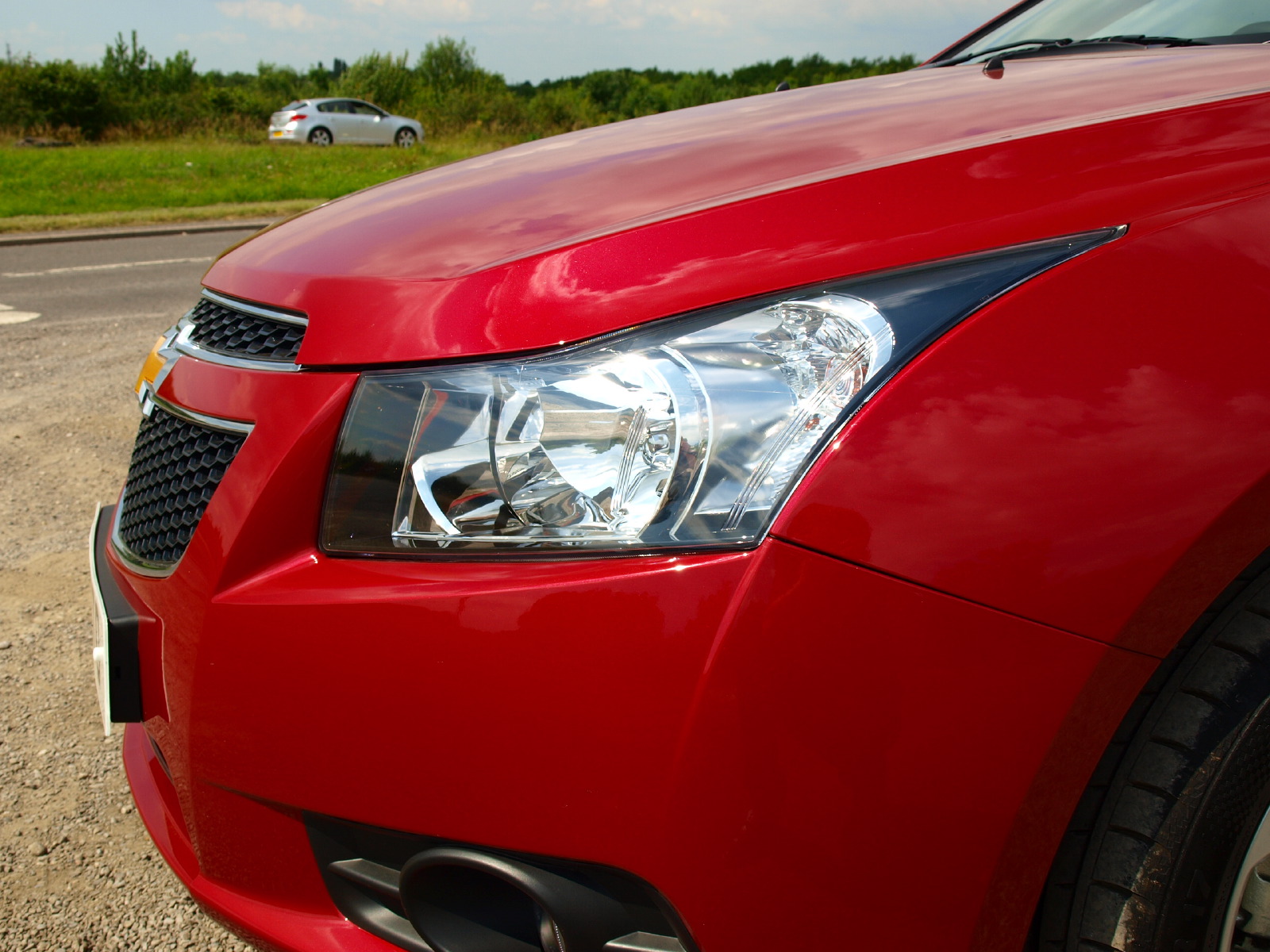 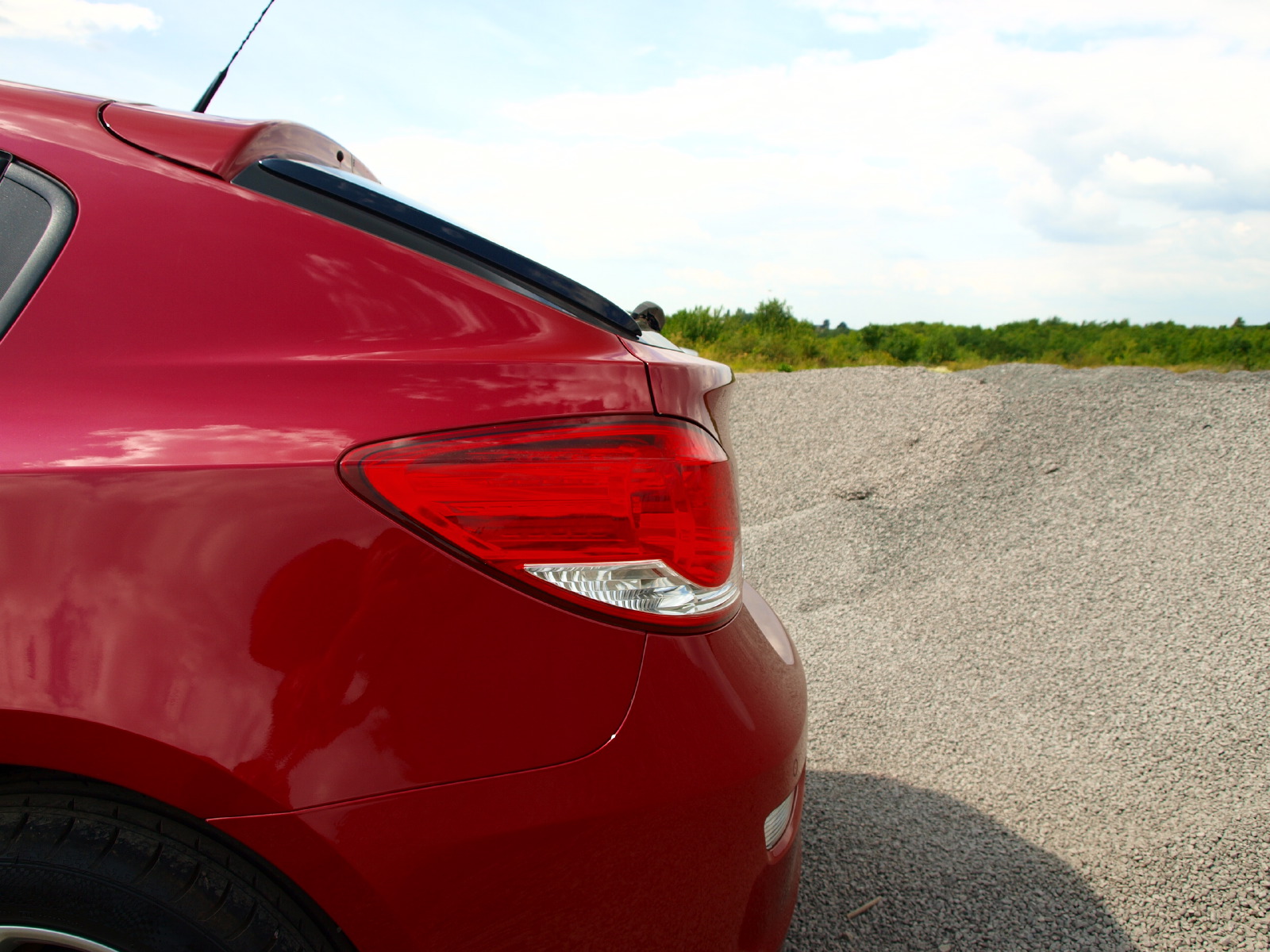 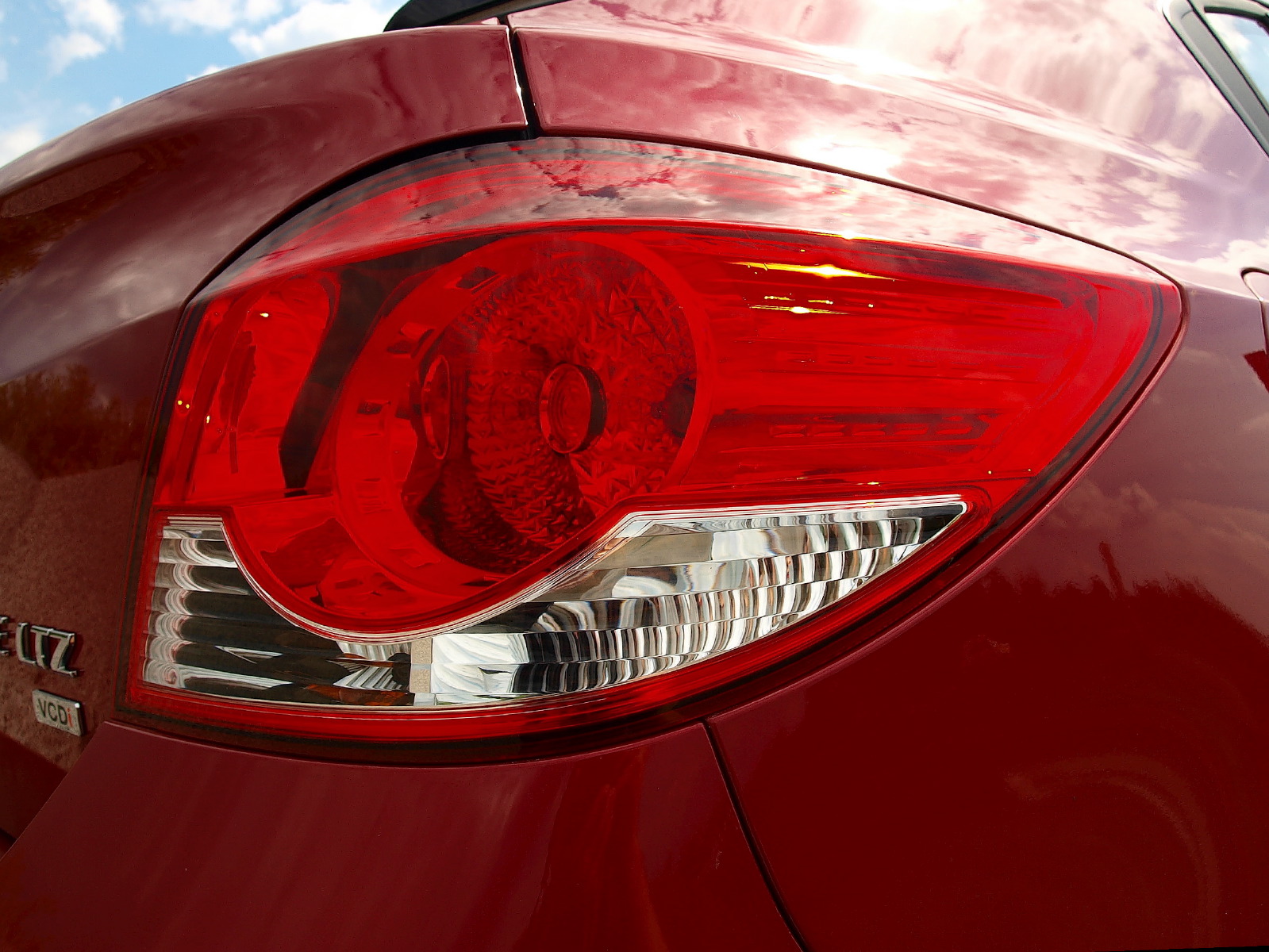 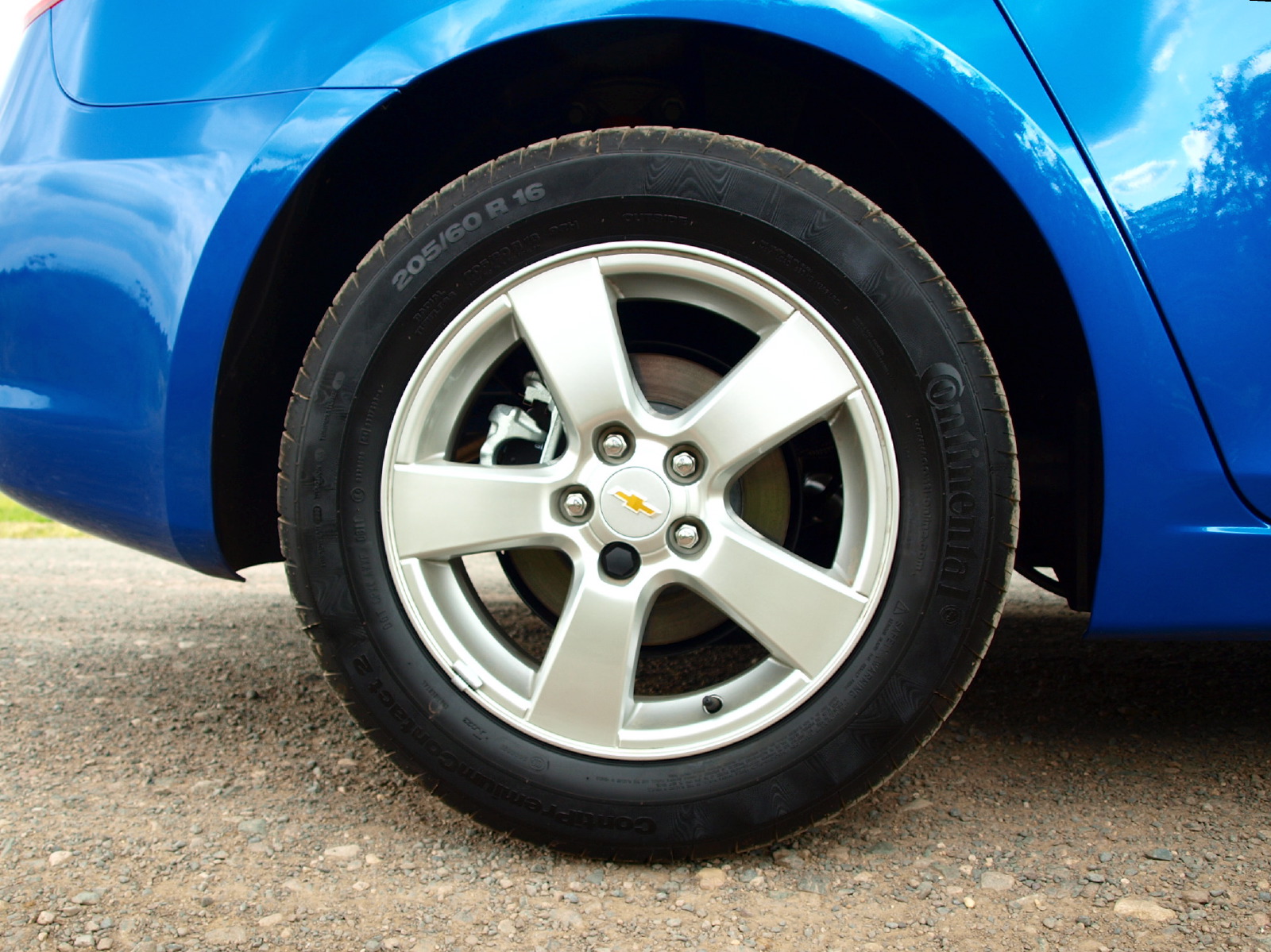 The Cruze hatchback is based on the successful sedan of the same name which, according to Chevrolet, is vying with Volkswagen's Passat as Britain's best selling four door - a point Chevrolet is keen to highlight, but also one that they are aiming to best with the hatch variant. As a stand-alone ‘all-new' model, however, the Cruze hatchback is somewhat of an anomaly.

Billed as a sporting alternative to the sedan, Chevrolet wants to draw attention to the car's sporting prowess and intentions with buzzwords like ‘dynamic', ‘sporty' and ‘athletic' being used in abundance - the Cruze sedan's dominance in the World Touring Car Championship clearly encourages this notion.

The work of English designer Lee Mitchell in Chevrolet's Melbourne studio, the car does display some neat details. Based on the sedan and featuring the same DRG, its angular, drawn back headlights give the car an inert feeling of aggression. The protruding, dominant family grille appears to set the headlights back further still, adding to the taut detail lines and sculpted hood. All this blends together in creating a strong road presence.

In profile the similarities to its rivals are unmistakable. The hefty C-pillar and rising beltline that intersects the rear lights are reminiscent of the Opel Astra - as are the chunky five-spoke alloys that were fitted to our test car - whilst the arcing rear lights have an element of the Proton Gen-2 to them.

Proportionally, the Cruze hatchback feels like a bigger car than it actually is. The rear overhang, when combined with that C-pillar, gives the Cruze a heavy rear-end, though the intersecting rear cheater panel that lengthens the DLO does go someway to alleviate the problem. The 17-inch wheels, large profile tires and substantial arch gap all add to this ‘bigger car' feeling. Visually, the Cruze appears much larger than the stated 4510mm length suggests.

The juxtaposition between the taut, angular lines and aggressive demeanor of the front and the softer lines of the rear give the Cruze a questionable poise, with the two halves sitting at odds with one another.

When viewed from the rear three-quarter, the Cruze seems to be a completely different car; it appears a softer, more elegant and European hatch than the DRG would have you perceive. The flowing ‘coupe-esque' roofline and broad haunches again play to Chevrolet Europe's sporting intentions, but ultimately give the car a bloated feel, especially in comparison to the more lithe Astra.