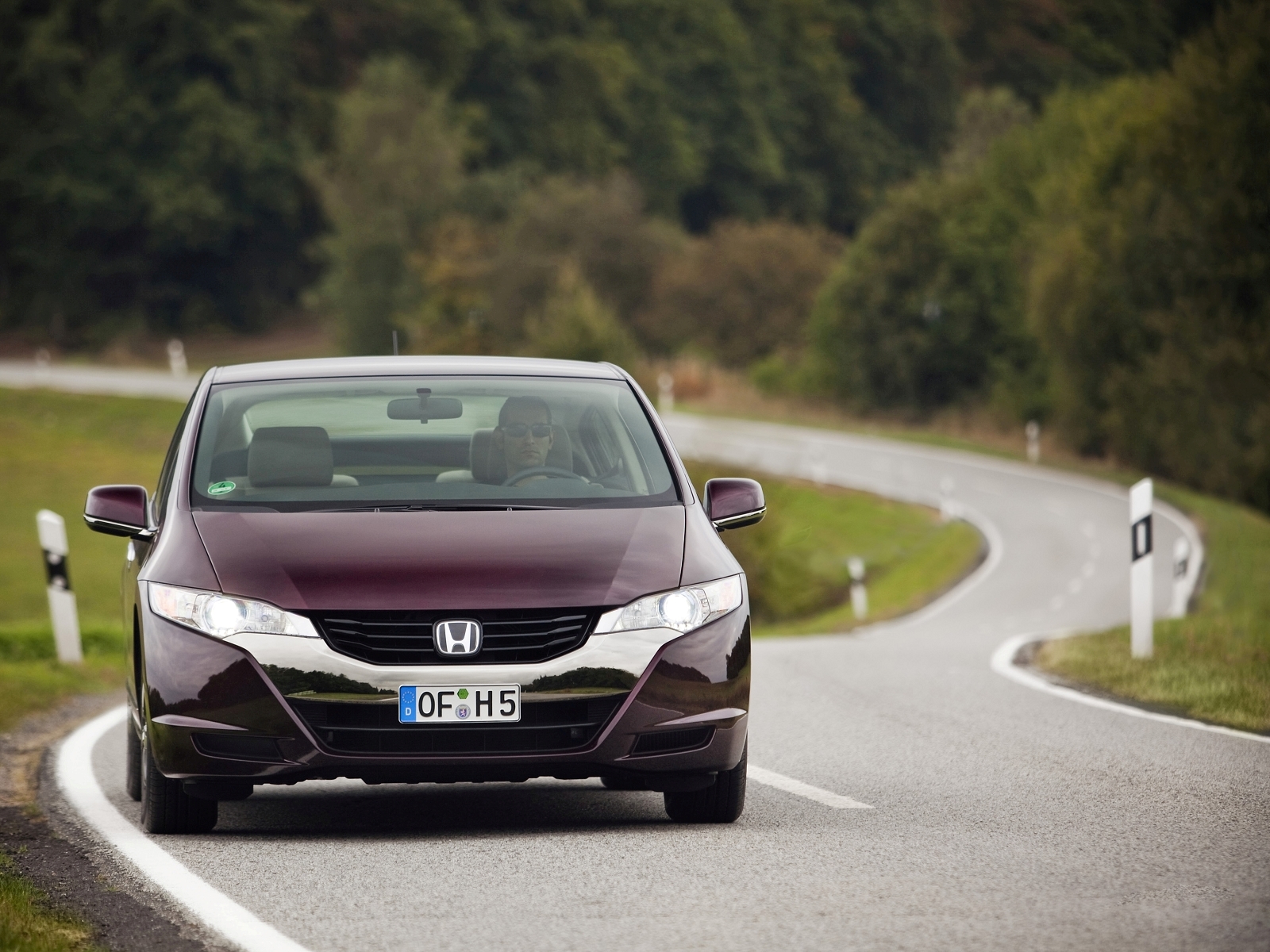 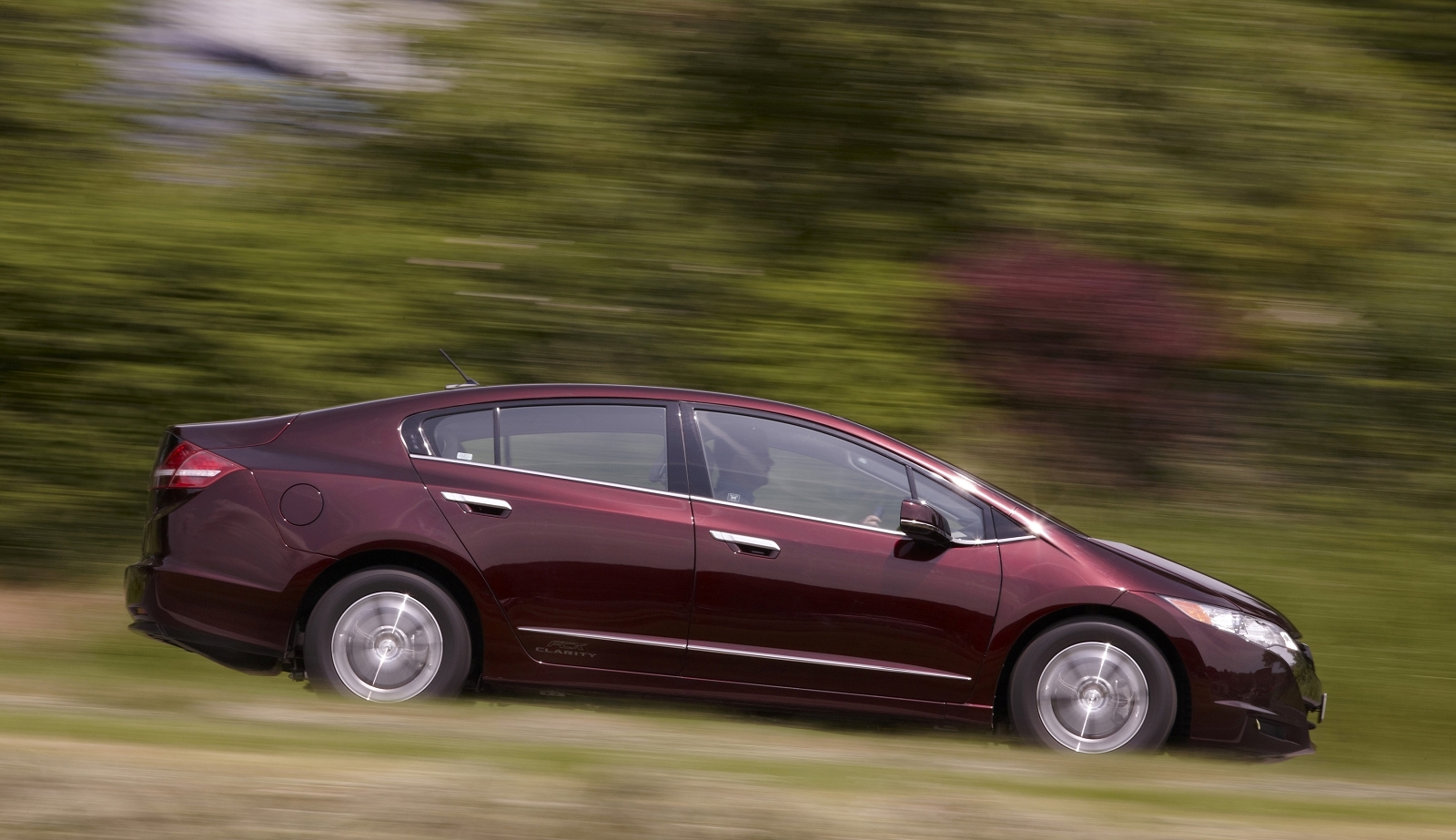 DLO features a distinctive drop down aft of the A-pillar 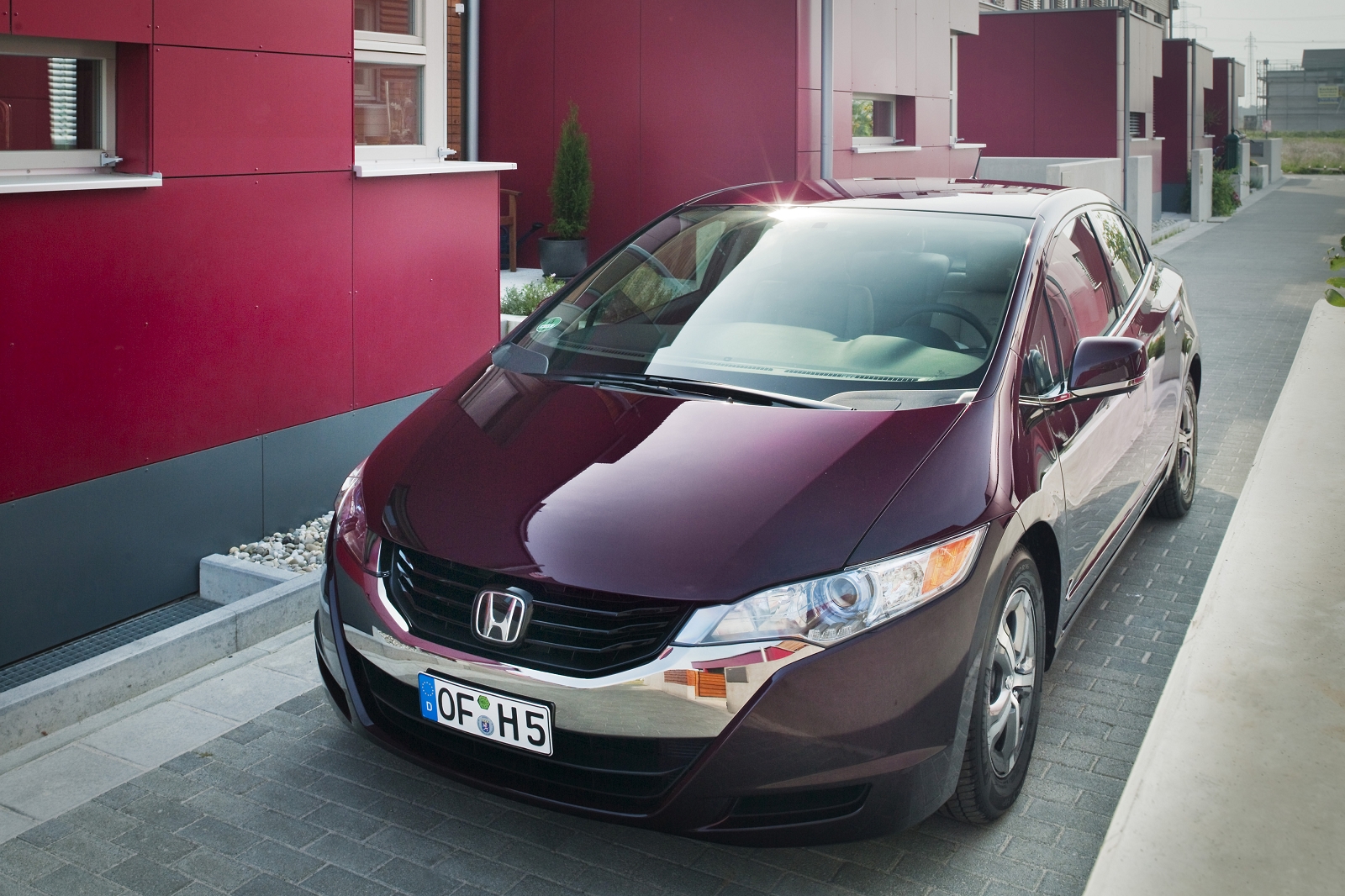 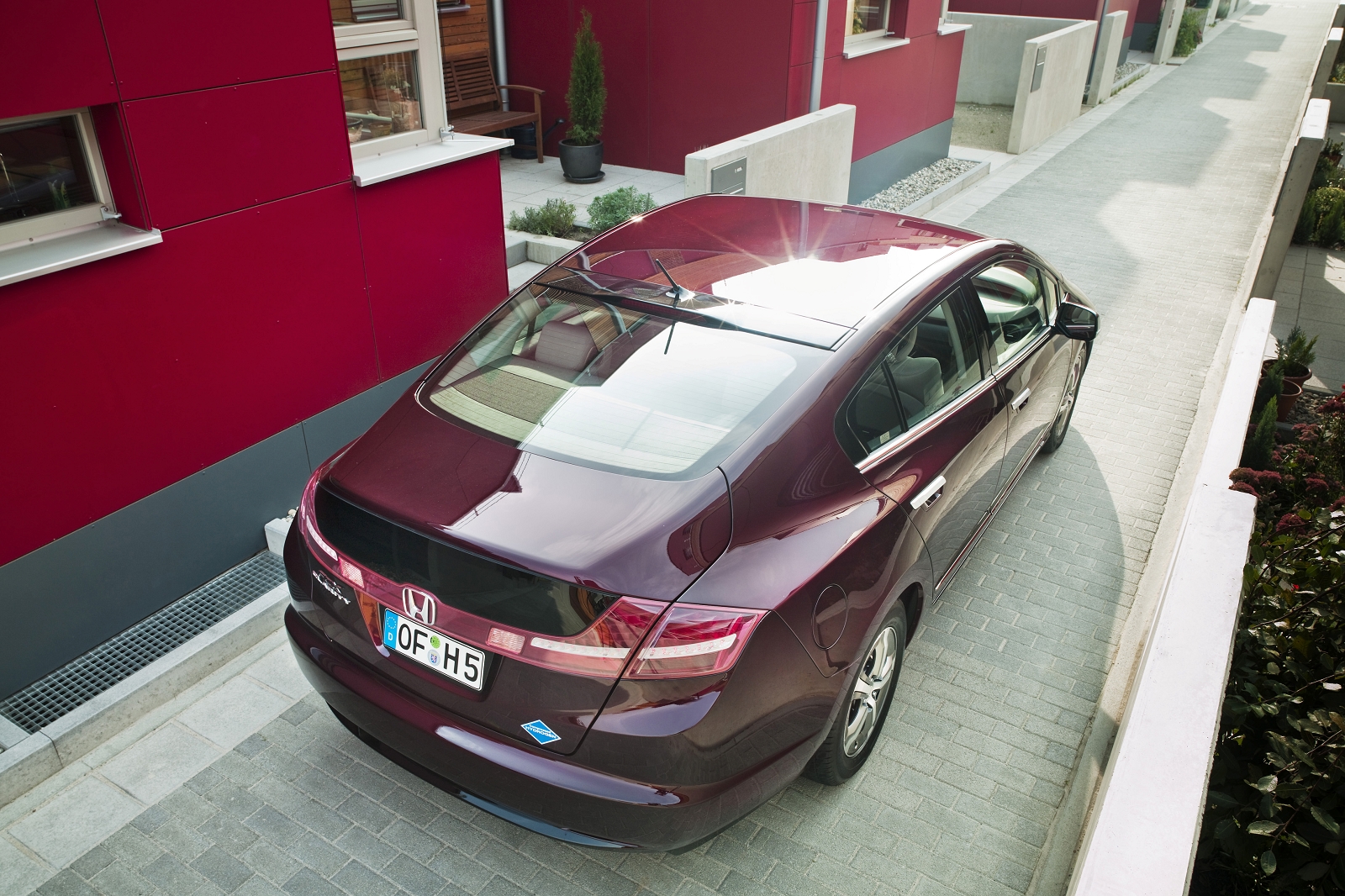 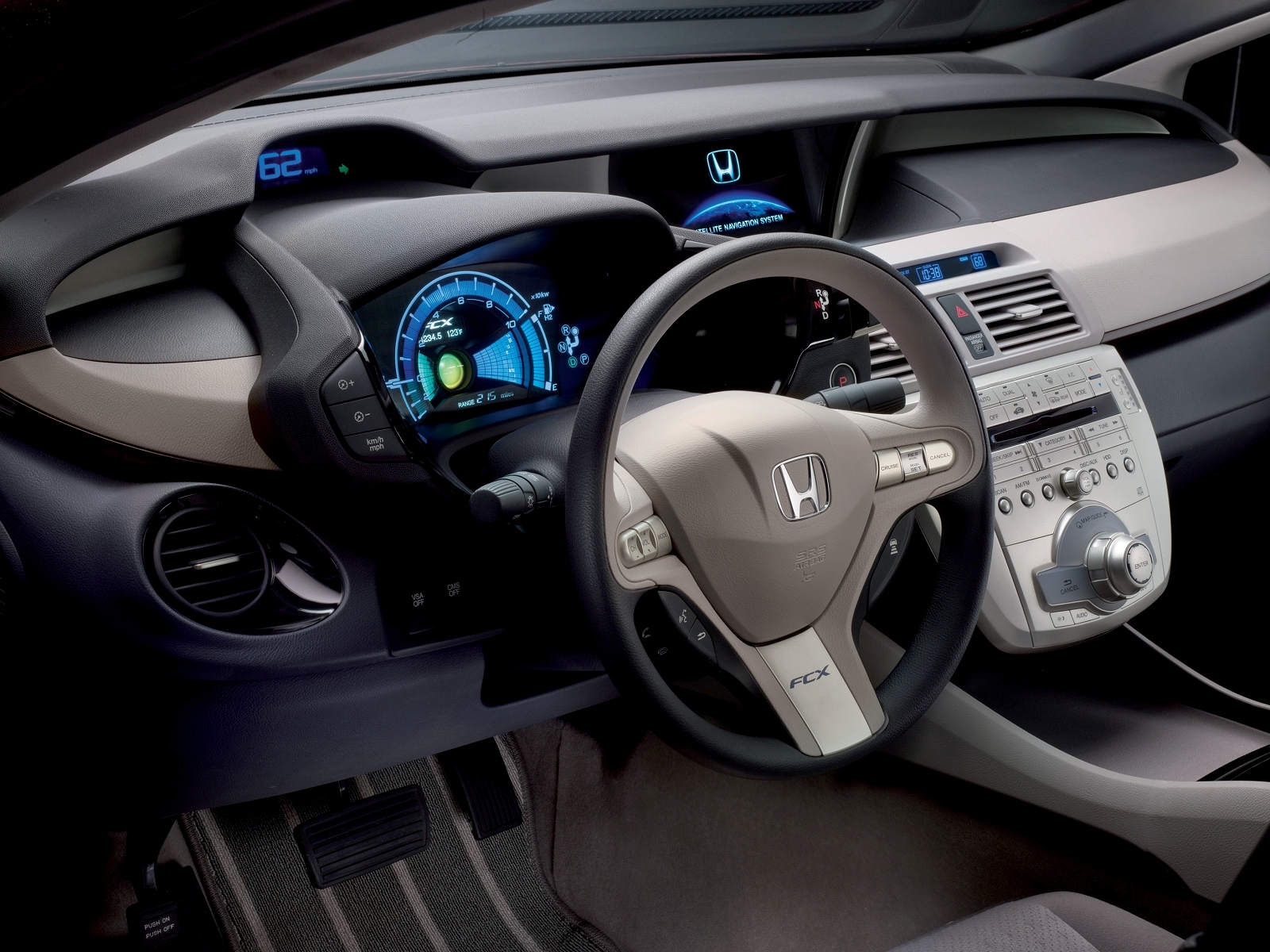 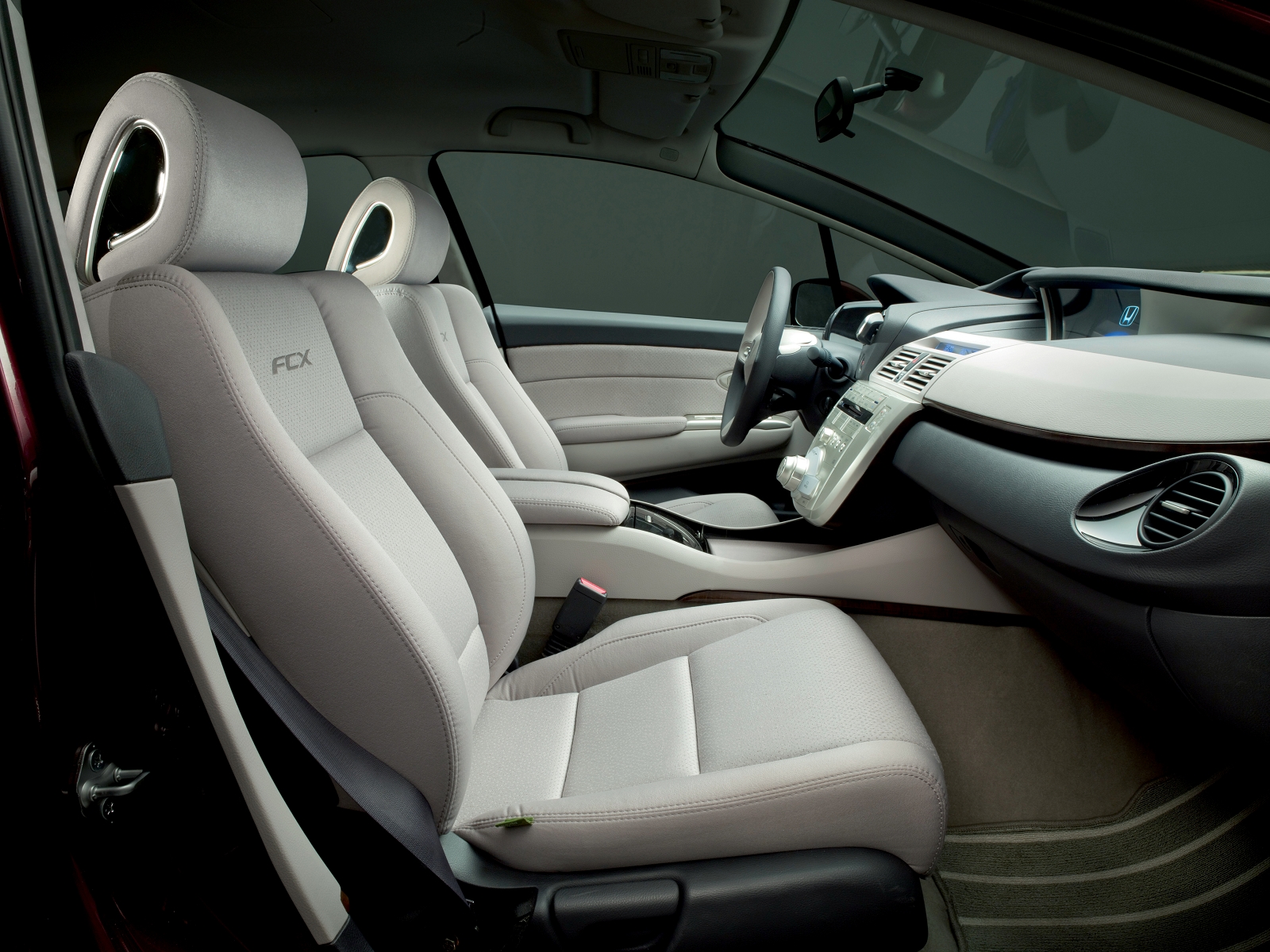 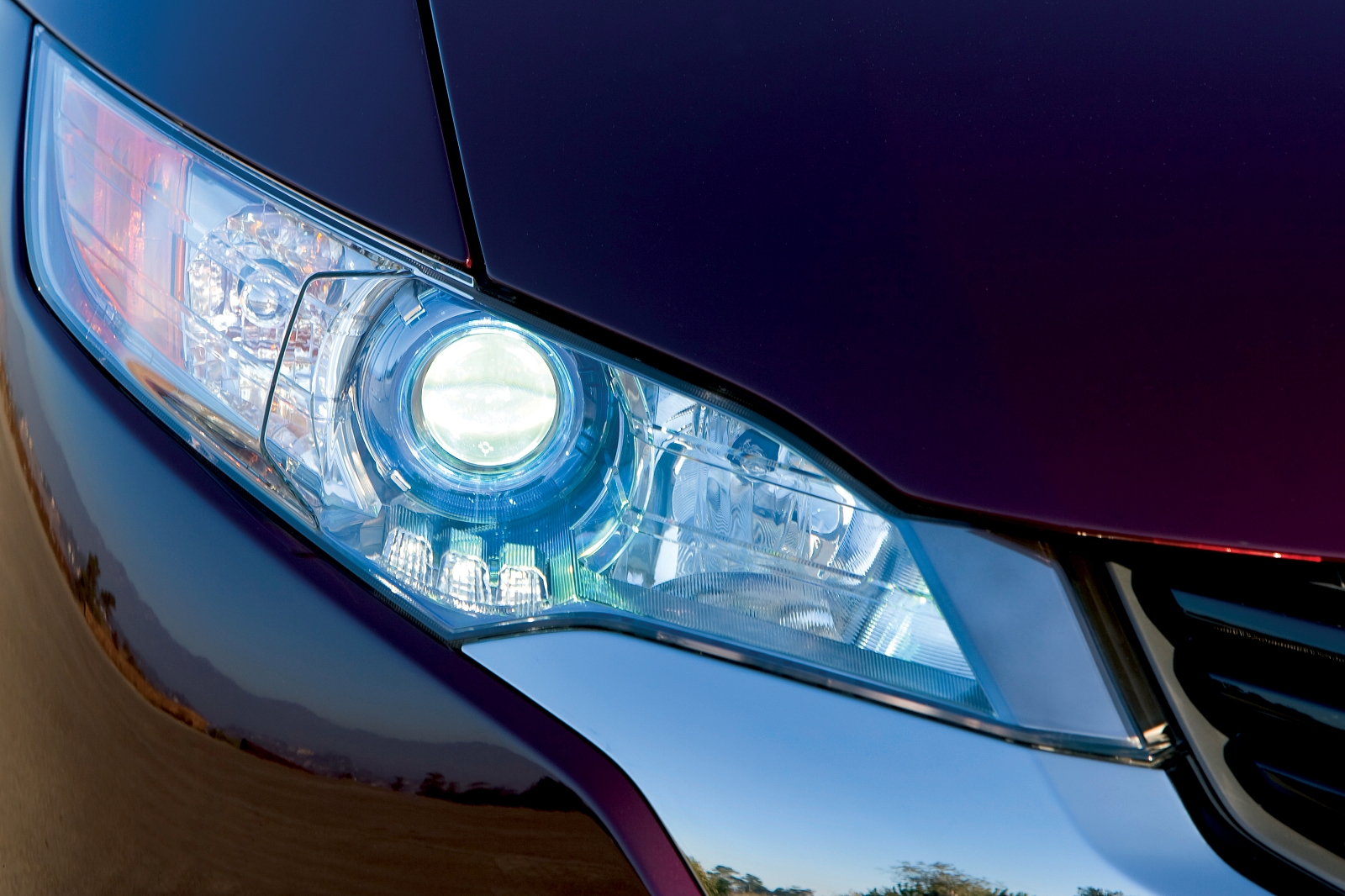 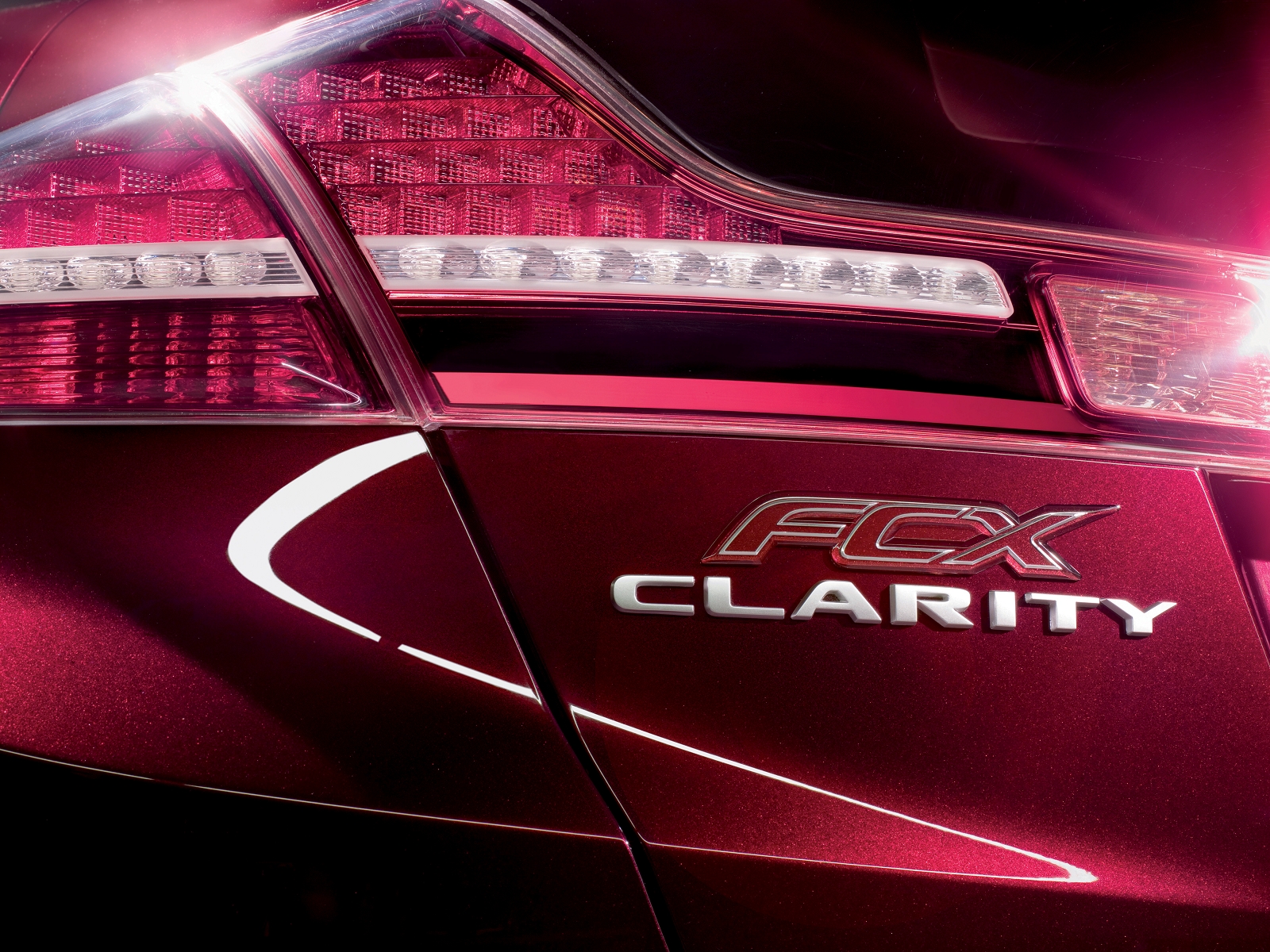 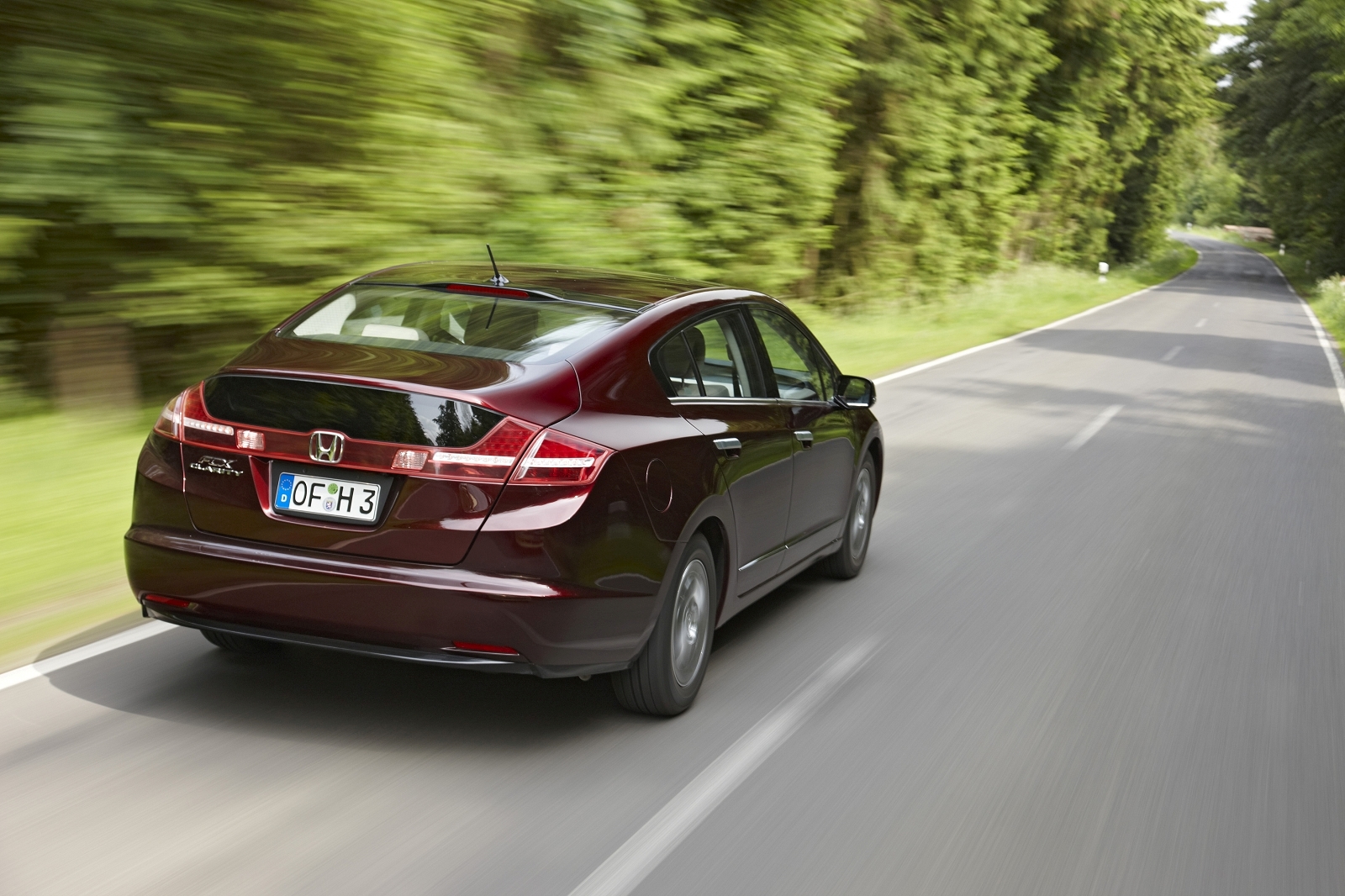 It may be powered by a hydrogen fuel cell but the Honda FCX Clarity is no work-in-progress; its technology awkwardly shoehorned into an existing model. Nor is it a brittle concept without suspension banned from exceeding 30mph. It's a safety-tested four-seat executive sedan designed from scratch to accommodate hi-tech underpinnings. 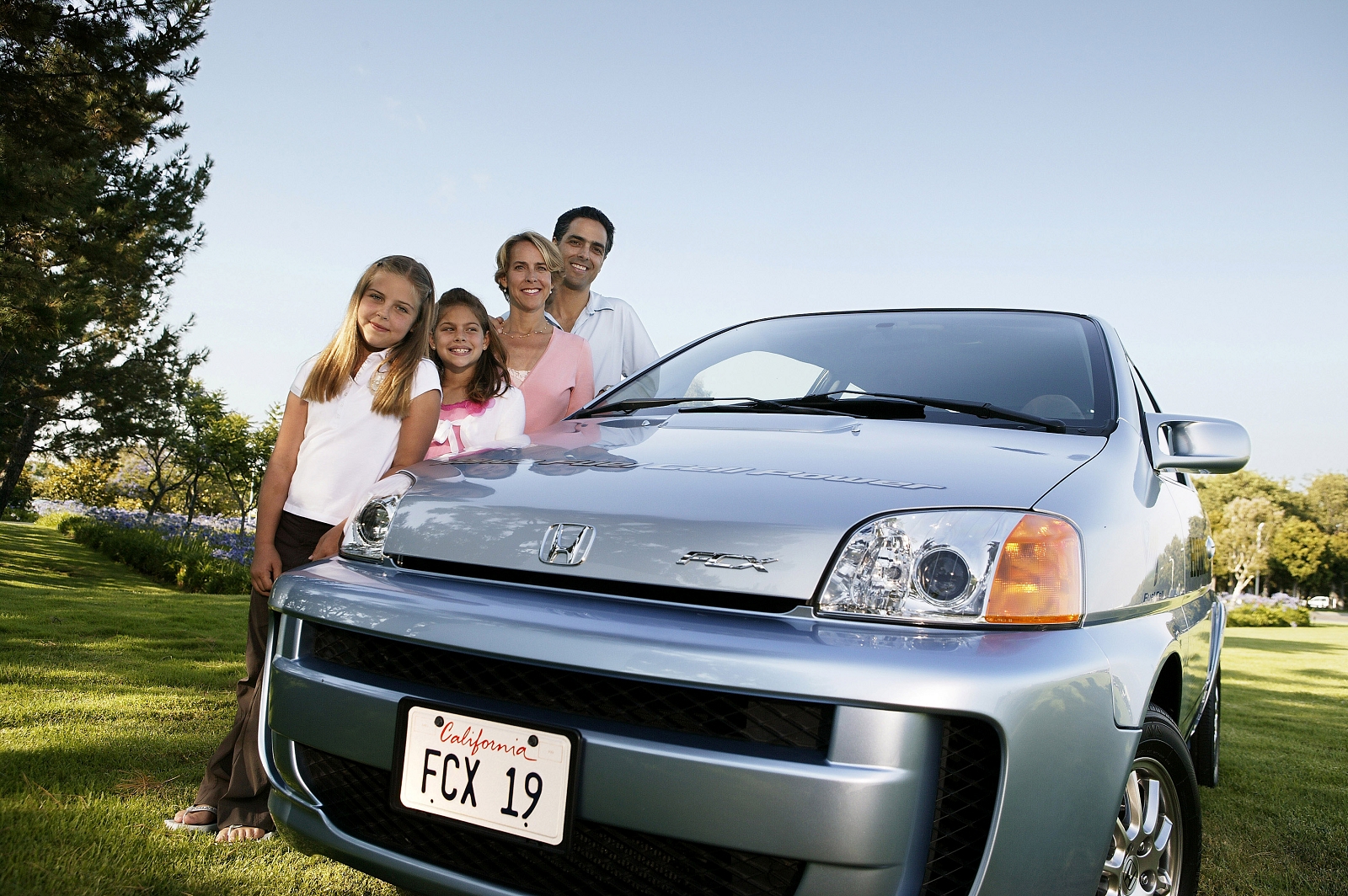 The original FCX (2002) was leased to the Spallino family of Torrance, CA 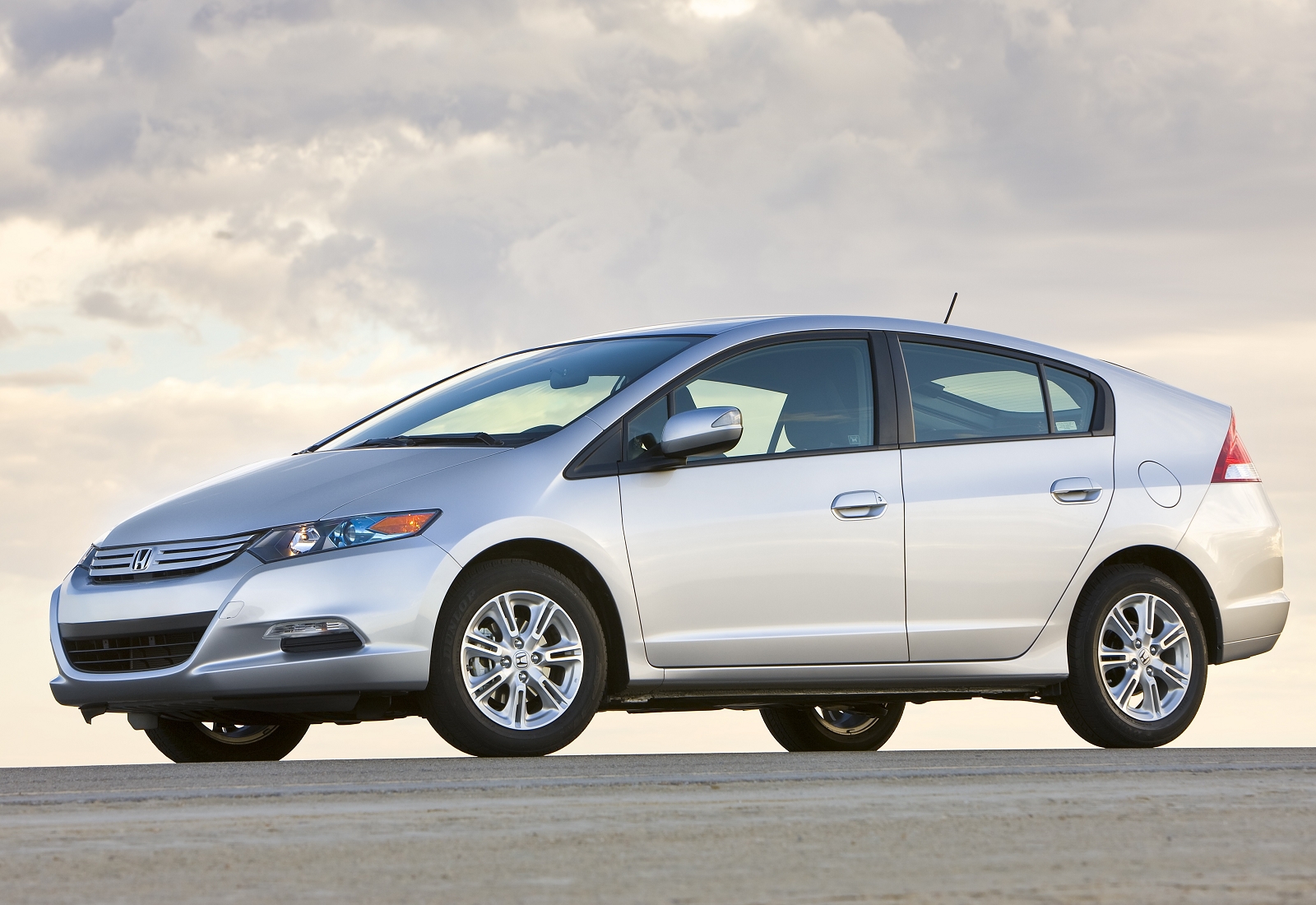 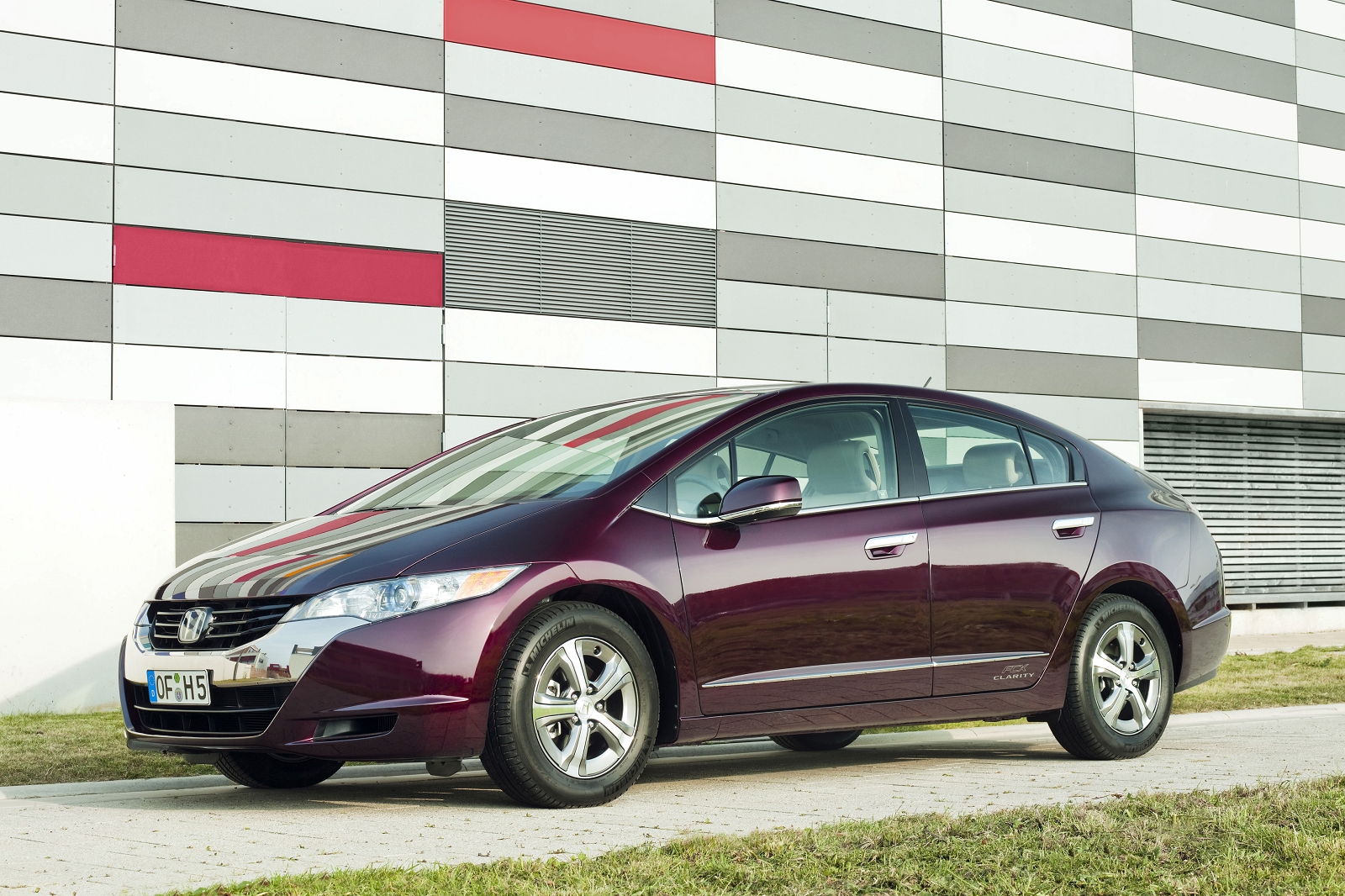 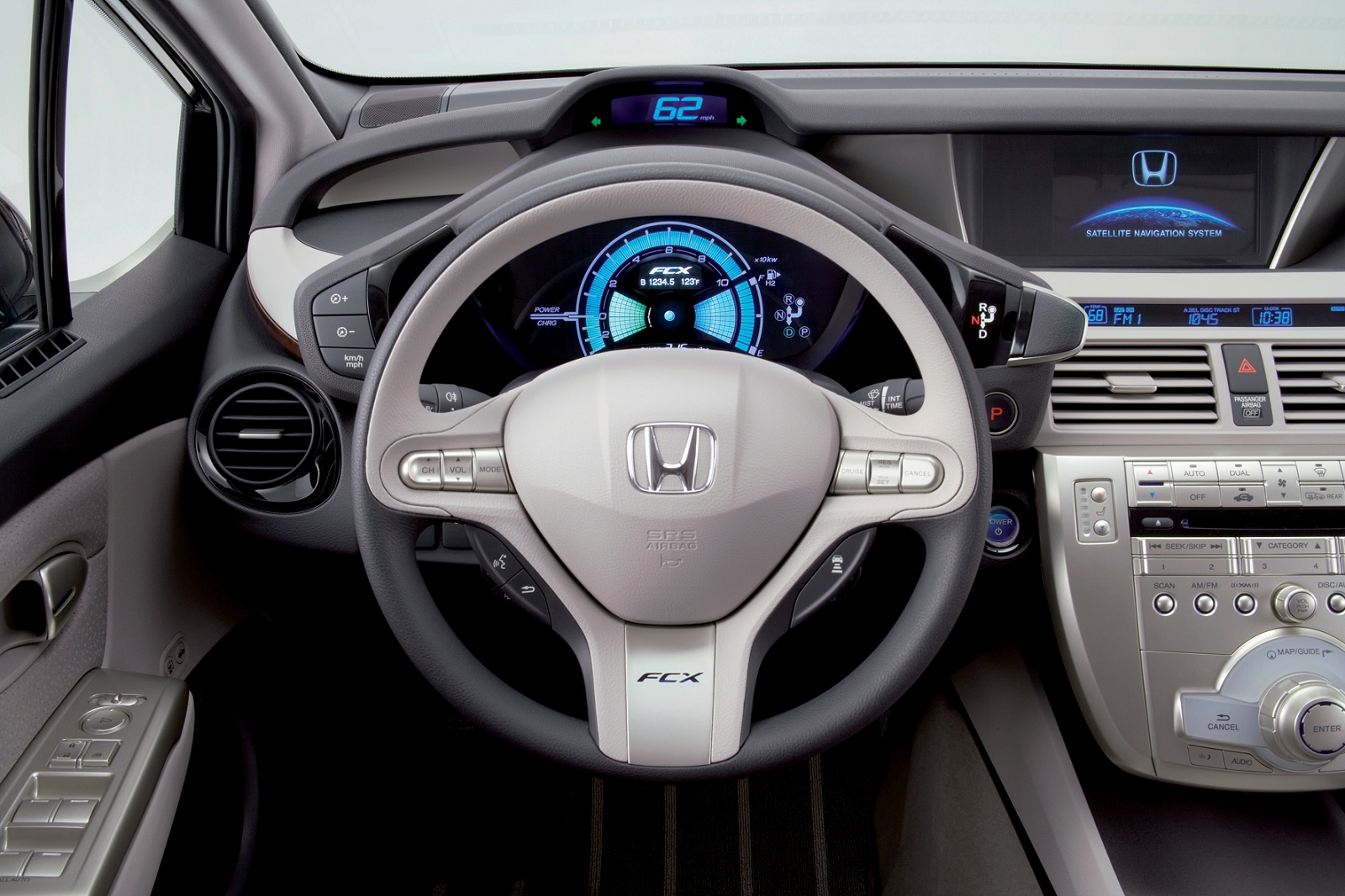 Speedometer has its own isolated screen just below the windscreen 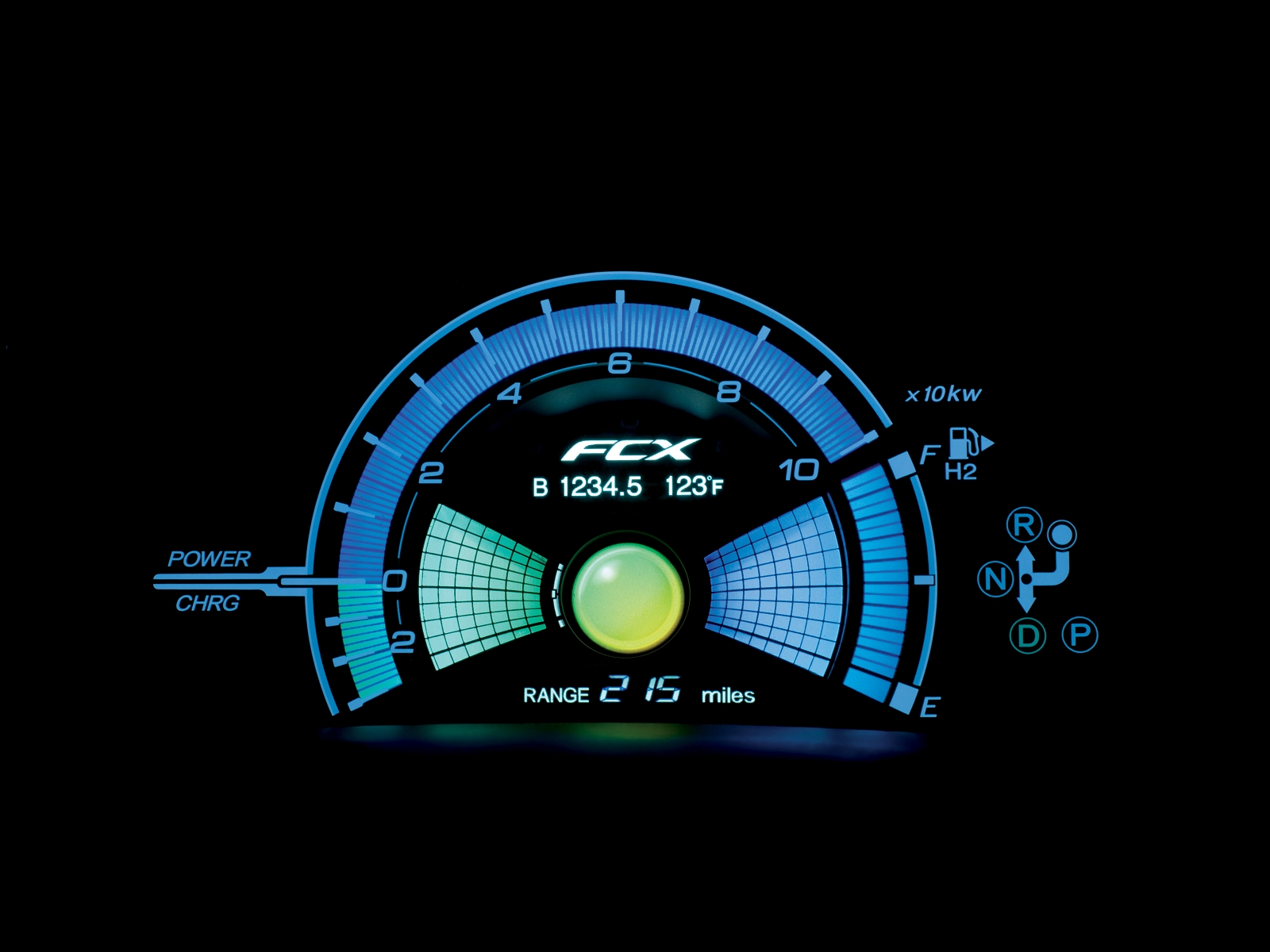 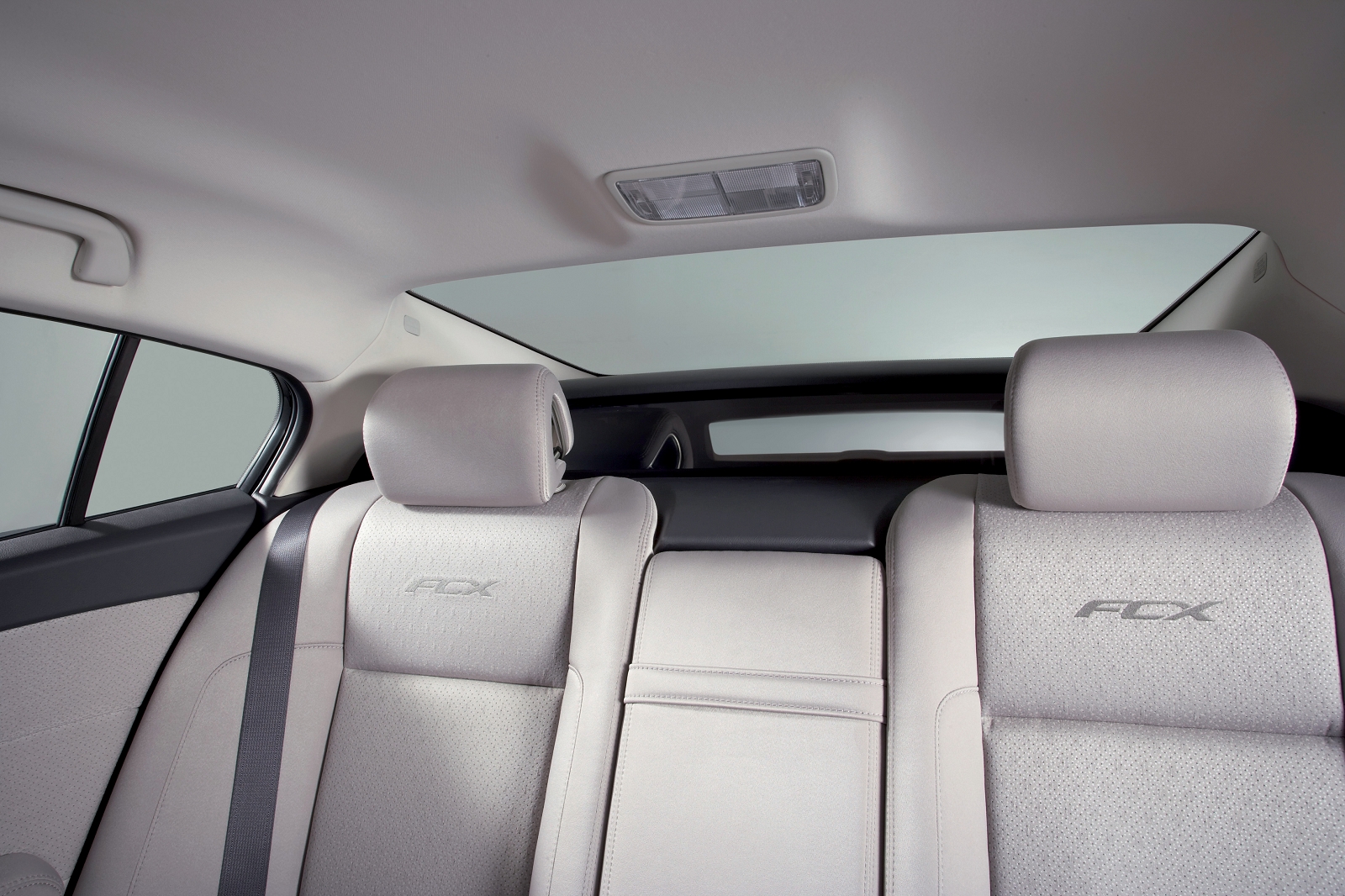 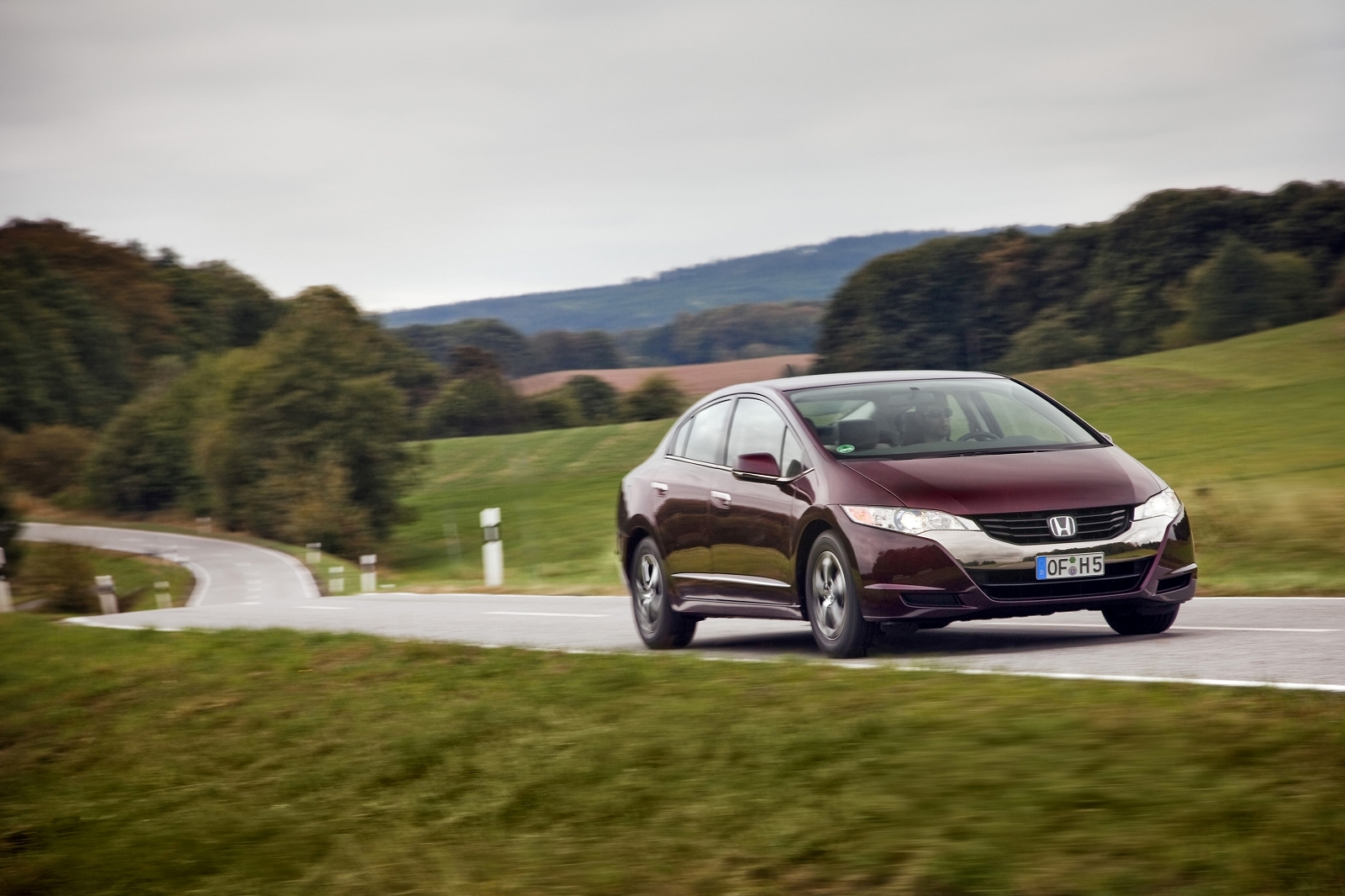 Longer than a European-spec Honda Accord but shorter than the current range-topping Legend sedans, the FCX Clarity stands out from both, with a distinctively highly wedged rear end that appears more hatchback than sedan-like in side profile. Indeed, it's closer to the 2009 second-generation Insight (and Toyota Prius) - due in part to gain similar aerodynamic benefits - but its side profile is more stretched and its front face wider, which makes the FCX look far more planted on the road.

The DLO of the FCX Clarity is also more distinctive, thanks to a beltline that drops down aft of the A-pillar. Its rear three-quarter view looks surprisingly good in the metal too, on account of its high but gently sloping trunk lip and wide Aston Martin-alike shoulder line flare above the rear wheelarch. This combination of features impedes rearward vision for the driver, but on the FCX Clarity it is improved by employing an extra vertical glazed polycarbonate section - akin to the European Civic - at the base of the sloping rear screen.

Inside the FCX Clarity has a fully realized interior and a good-sized 370-liter trunk with no encroachment from the single hydrogen fuel tank (the 2005 FCX concept needed two). The rear seats in particular offer truly luxury-level rear leg and headroom on account of a longer wheelbase, which is made possible by being able to distribute the fuel cell powertrain's components throughout the vehicle. In this case, the electric motor and gearbox are in the front to allow the FCX's short nose, the fuel cell stack is situated under the high center tunnel to give a sporty cockpit-like feel and the lithium-ion batteries are tucked under the rear seats.

The IP is split conventionally between upper and lower with a floating console hanging off its central area, but it also features a further division in the top part with a central satnav screen and a digital speedometer display with its own isolated screen and cowl just below the windscreen. So-placed to reduce driver eyestrain, it's logical but difficult to judge the benefit on a limited daytime drive. A further cowl directly below the speedometer houses a single 3D driver's dial to measure battery and hydrogen levels and has a neat feature to assist greener driving. The 3D orb at its center monitors hydrogen consumption: work the accelerator hard and the orb enlarges and turns amber but use less hydrogen and the ball shrinks and turns yellow and then blue.

Other neat touches include concave interior door panels to create more space and the Honda-developed bio fabric derived from plant-based materials. This is employed for much of the trimming, instead of petroleum-based resins and other synthetic fibers. The grey, black and cream color scheme is reasonable but spoilt by fake wood inserts running atop the middle of the center armrest and in between the upper and lower IP. They seem old-fashioned and dishonest for such a future-facing eco car.

Honda is convinced the FCX Clarity represents the future and has already made a few dozen versions for US and Japanese customers at heavily subsidized US $600 per month leases. In total, 200 are planned over the next two years. The company also aims to develop a more commercially-viable model in the next five years through use of a lighter and smaller fuel cell requiring less expensive raw materials and the economies of scale that a 100,000 per annum production run could bring.

The zero-emission electric dream maybe some way off then, but this car makes it clear Honda believes fuel cells are still the real end game for the long range future of sustainable driving.