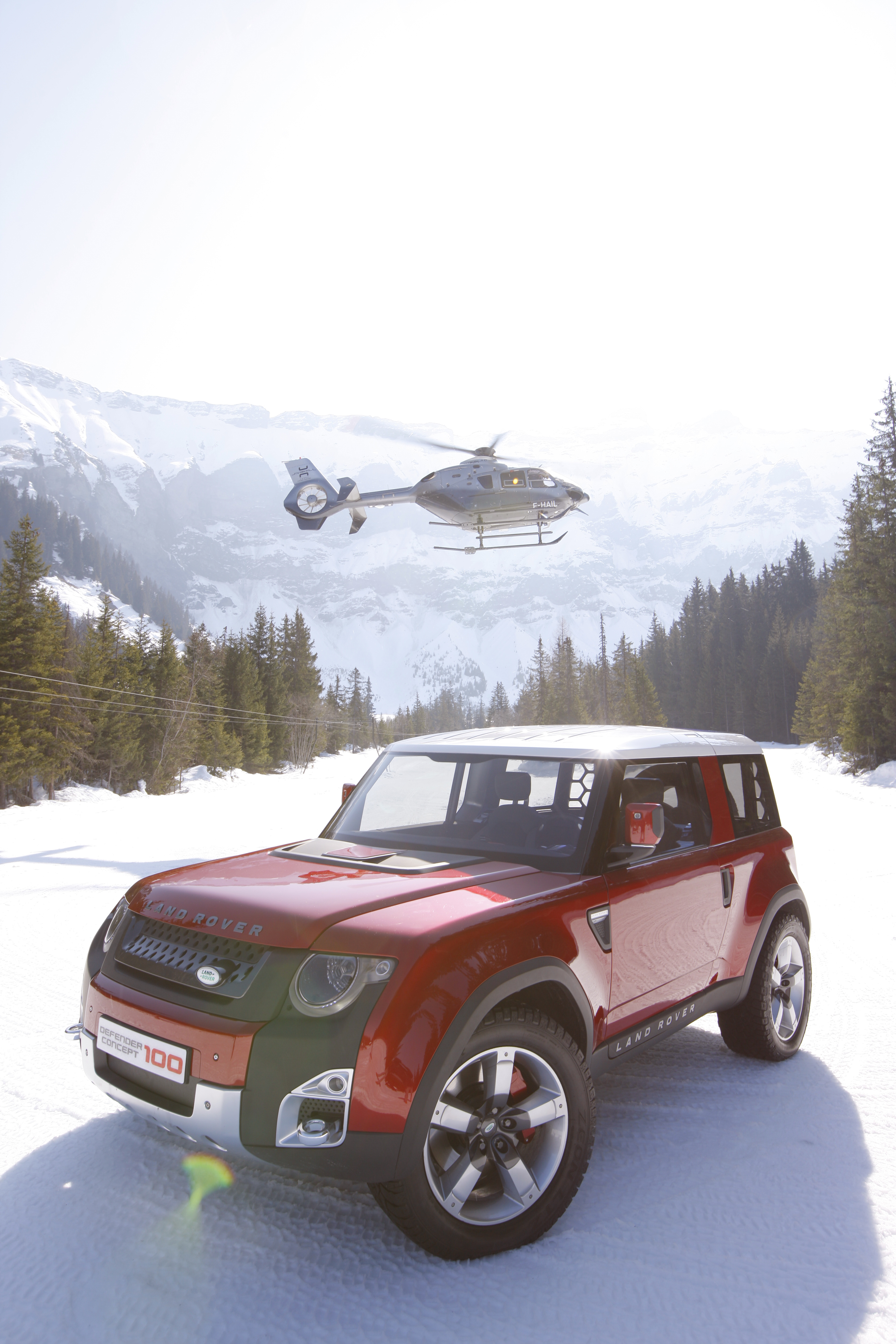 Car Design News gets to grips with the proposed new Defender in the French Alps. Click for larger images 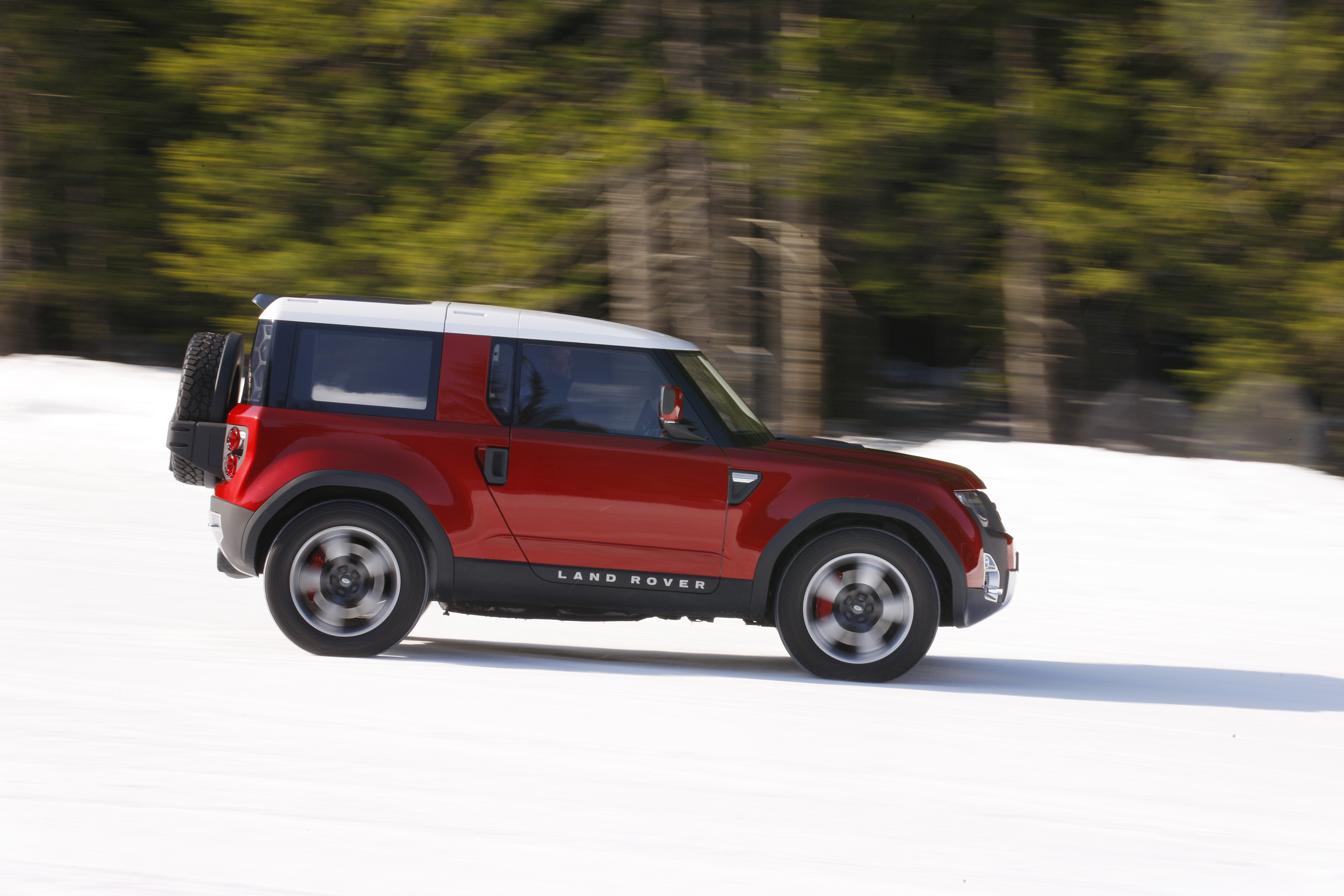 While larger and proportionally different to the Defender, there's a lineage in its side profile 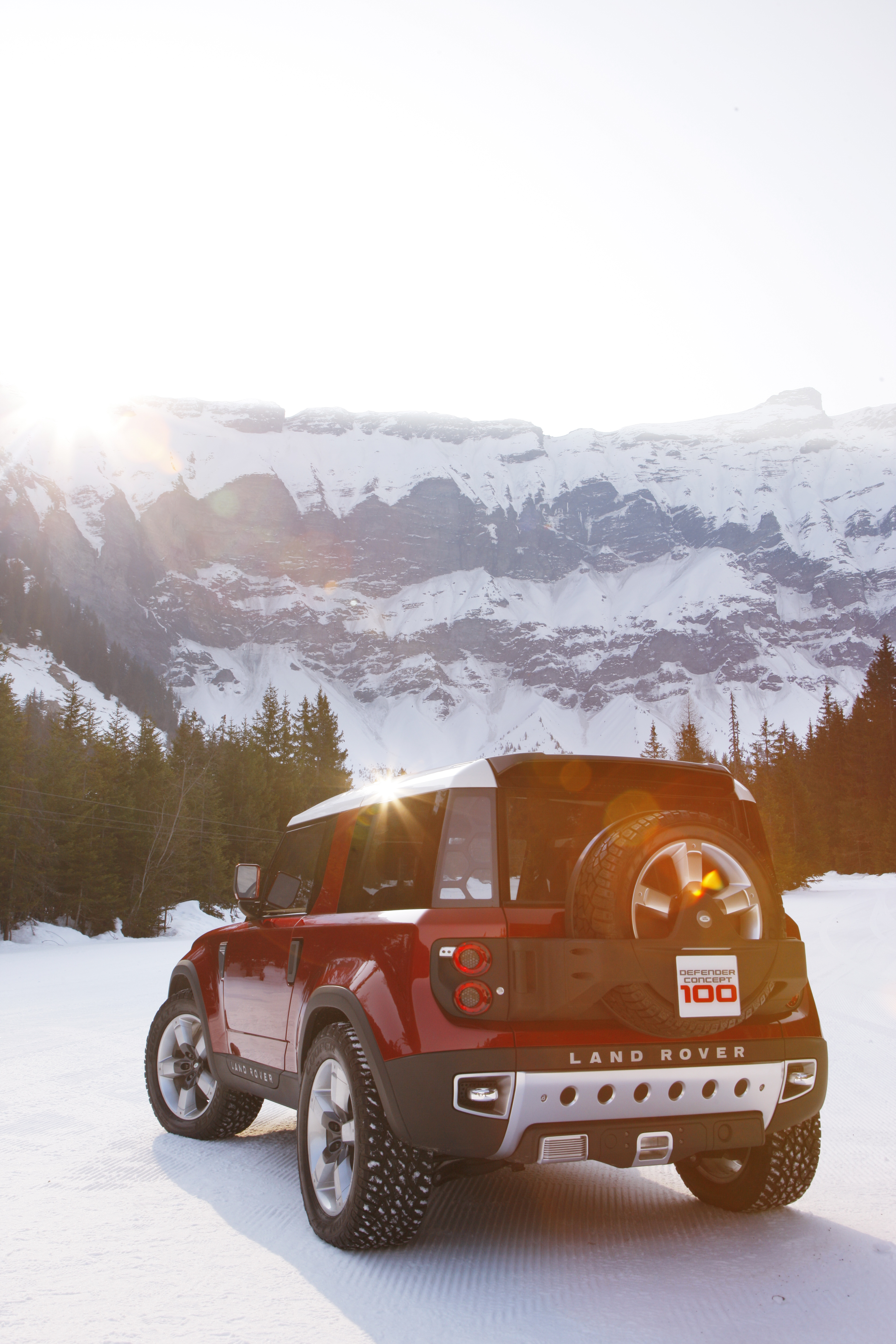 Nothing compares to natural daylight for assessing a car's design. Under motor show lighting the subtleties of the surface sculpting, detailing and even proportion can be lost and misconstrued. Hence our first view of the Land Rover DC100 concept out in the open is, quite literally, illuminating.

We've already published a design review of this apparently opinion-splitting foretaste to the 2015 Defender, but now we have an opportunity to really get under its skin and behind its wheel. 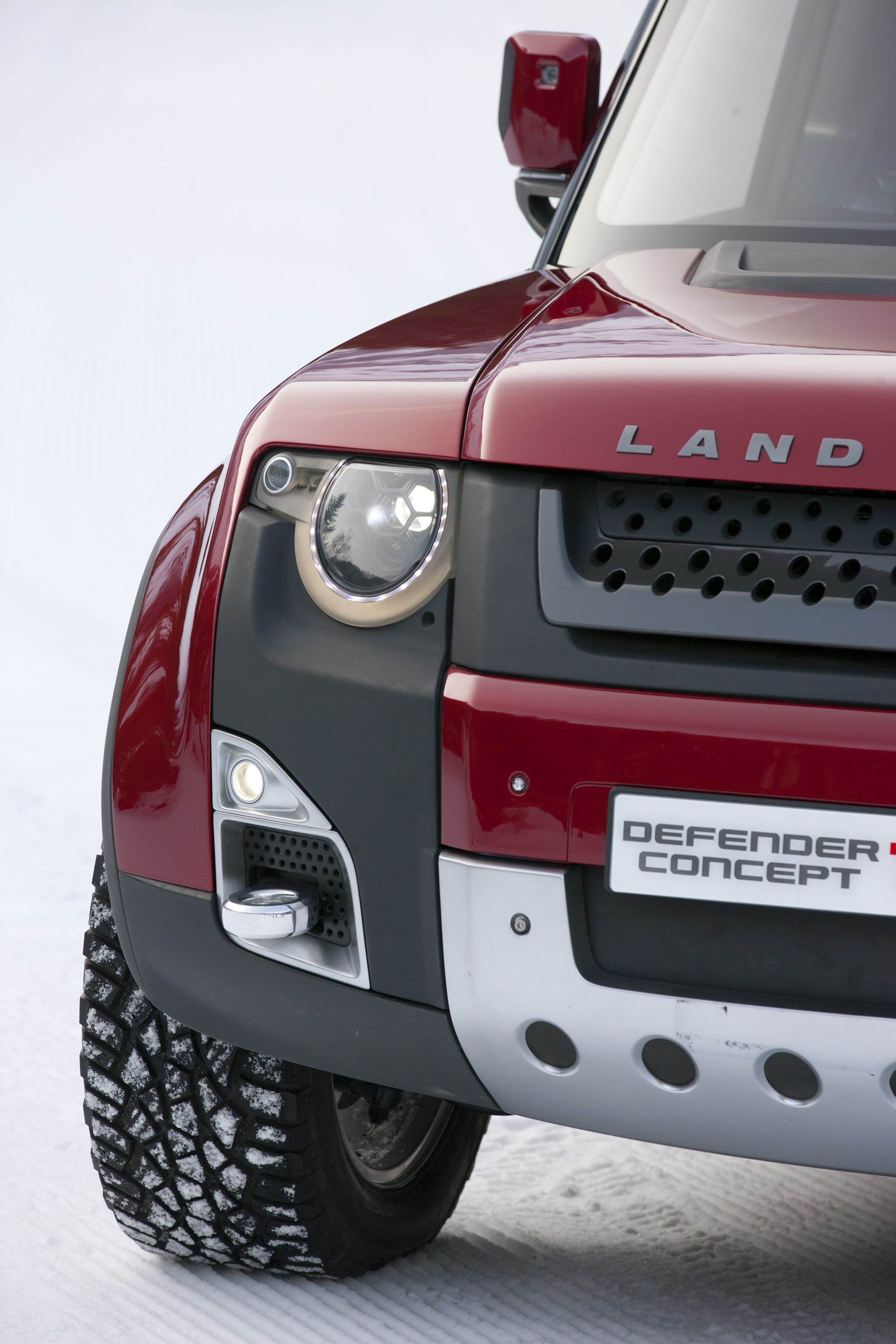 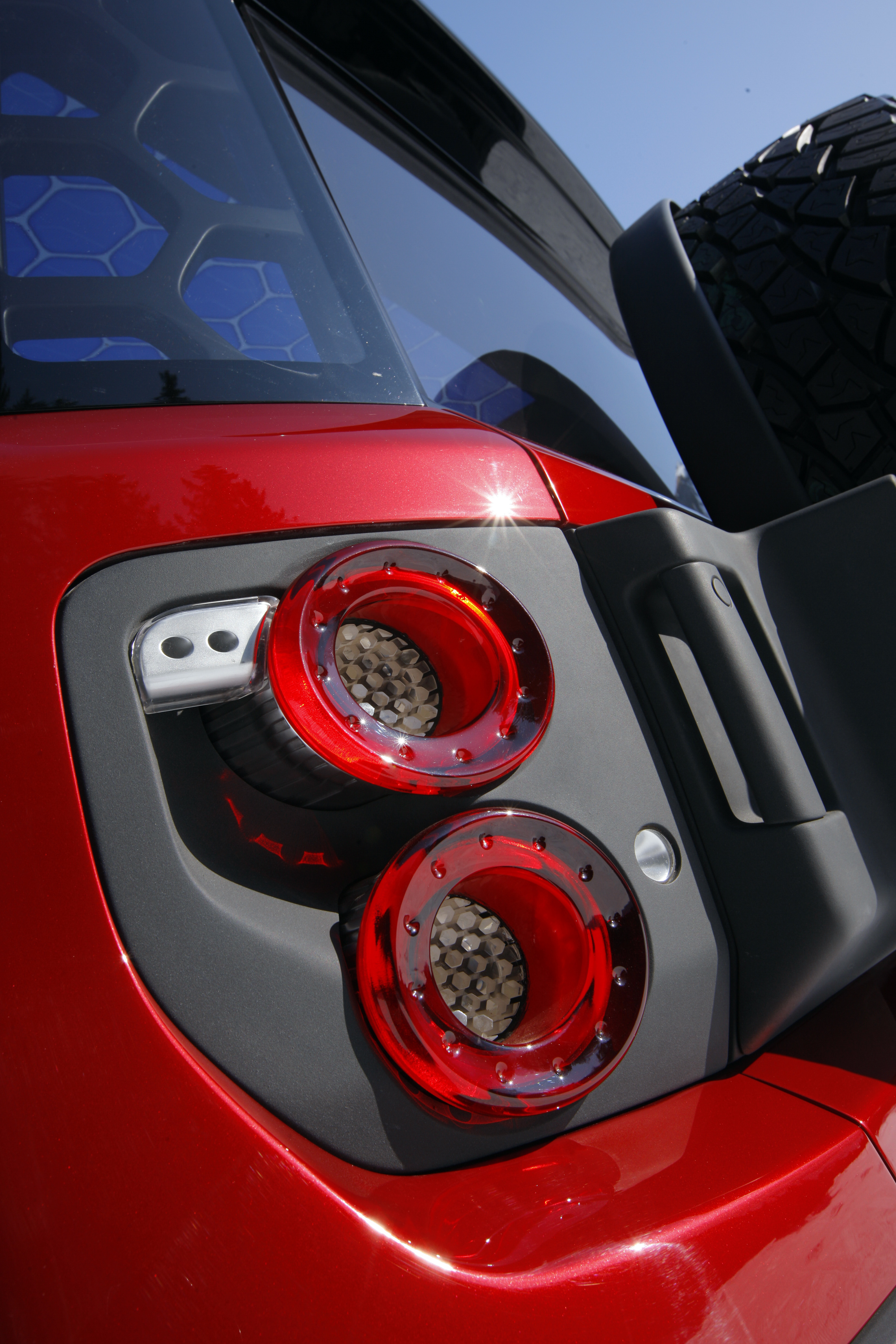 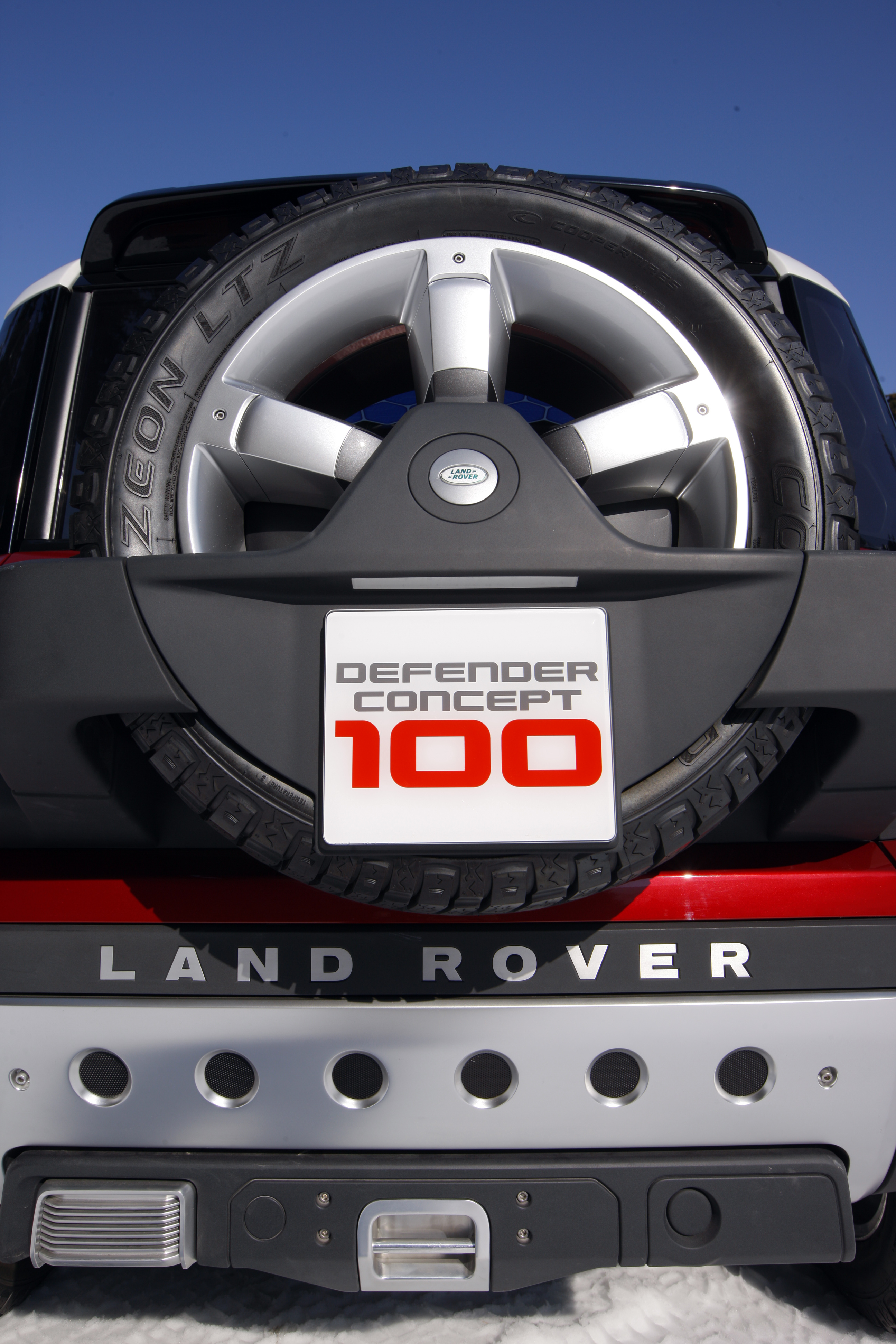 Sitting on a snowy slope in France, with the sun beating down, the DC100 looks more Defender-like. In Car Design News' first design review of this car we criticized the softening of the sheer, extruded surfaces that define the Defender, something exaggerated by a combination of the matte-effect paintwork and the motor show lighting.

In daylight, in a more conventional color and on wheels and tyres more commensurate with the car's rugged reputation, it's unmistakably a Land Rover, and if still not as pure a shape as the current Defender, certainly a close relation.

Gerry McGovern, Land Rover's Design Director, defends the move away from a utilitarian look fiercely: "How can a car's look define its utility? The design and its capability are separate things."

The first aspect of the design you notice is its stance, which is in contrast to the narrow and upright proportions of the car it aims to succeed. However, it still boasts short overhangs to retain its off-road pedigree. Indeed, it has better approach and departure angles than the Defender, plus a wider break-over angle.

This concept is a large car though, in stark contrast to the basic Defenders, which are notably slim. Its extra width is emphasized by blown fender surfaces - something totally alien to its dear old nameske. However, there are enough widened variants of the latter with widened wheelarches for it not to look incongruous and the wheelarch extensions and chunky Cooper off-road tyres over 20-inch rims may not fitted to the final production model.

That width immediately deals with one bugbear of the current car: elbow room. The cabin of the concept is fantastically spacious albeit only for two people (there is provision for an occasional third, central passenger). As you'd hope, benchmark ground clearance means you climb up into the cockpit, but unlike the old car you sit low with your feet outstretched. It means that you have the full vista of the larger windscreen to see through and the view out is better than in the old car despite the more raked screen.

Speaking about his creation and in particular visibility, Gerry McGovern, Land Rover's Design Director, tells us not to read too much into the seating position and hard points of the concept car. He does reveal that a large range of adjustment of the seat is desirable though, allowing off-road enthusiasts a commanding view while letting the rest of us sit down low.

I ask him about the likelihood of the transparent C-pillars making production and he shakes his head. "I'd challenge the notion that we need uninterrupted visibility out of the car given the development of camera technology. Theoretically you could be in an enclosed box with that."

McGovern's design team may have gone to town on the concept's exterior, but the interior is remarkably restrained and very simple. Where you'd expect a small and sporty steering wheel is a large, slim-rimmed alternative, nice to hold and devoid of show car fripperies. A short reach away is the shifter for the automatic transmission, mounted high up on the dashboard. Along with the convenience of the location this frees up the floor for the feet of that third passenger and their neatly integrated foot pegs.