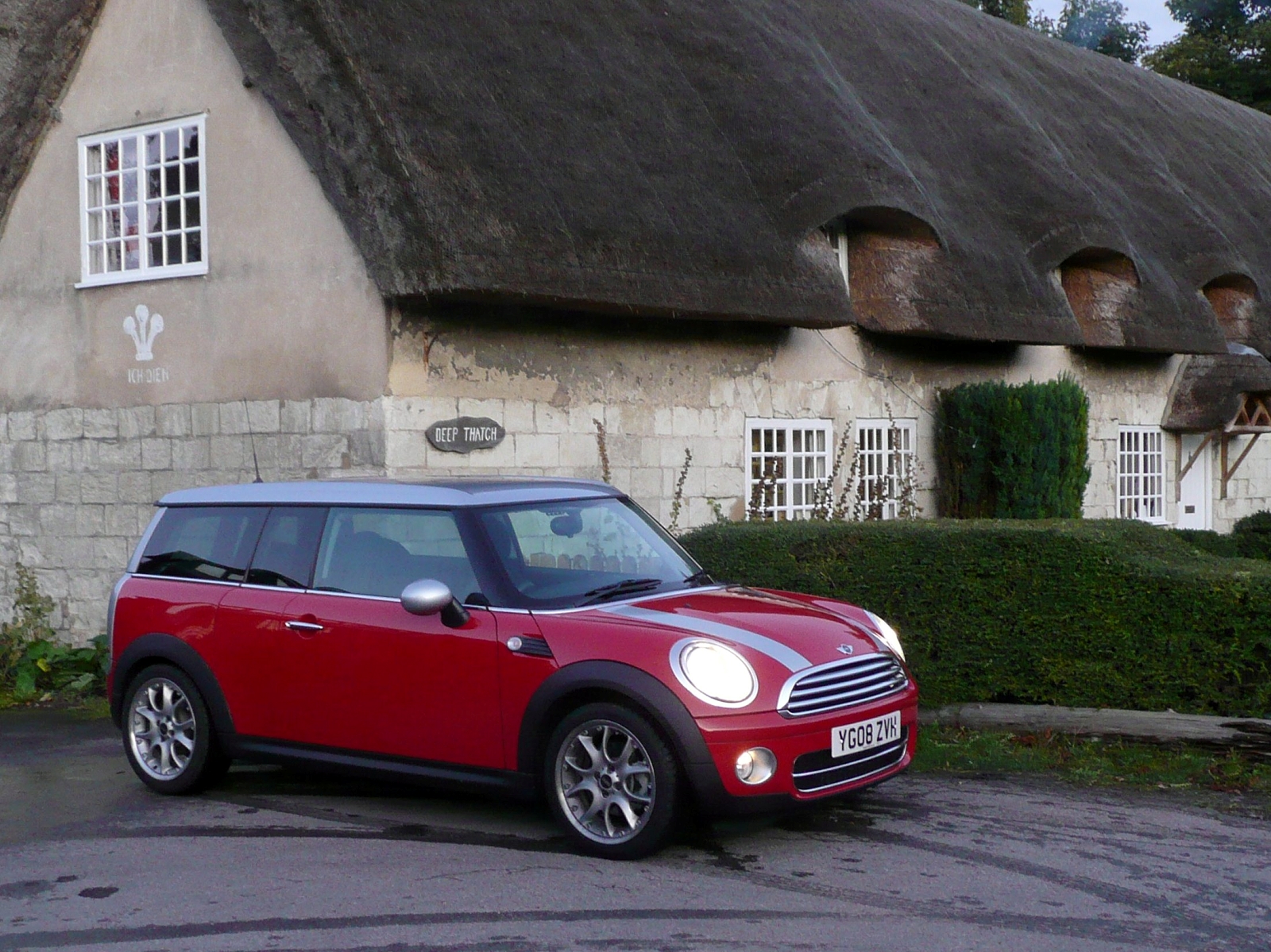 Even the German Mini has quintessential British character. Click for larger images 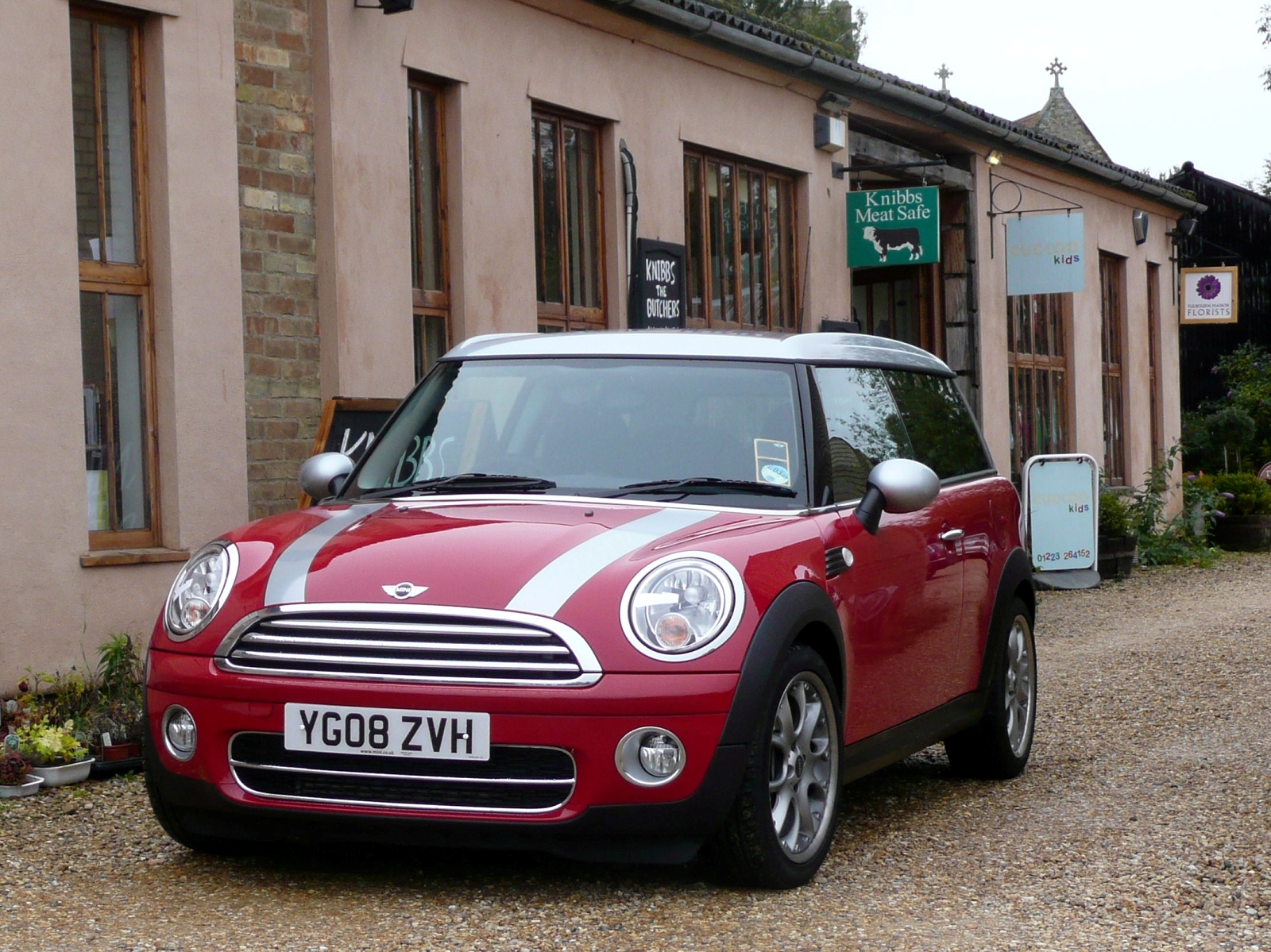 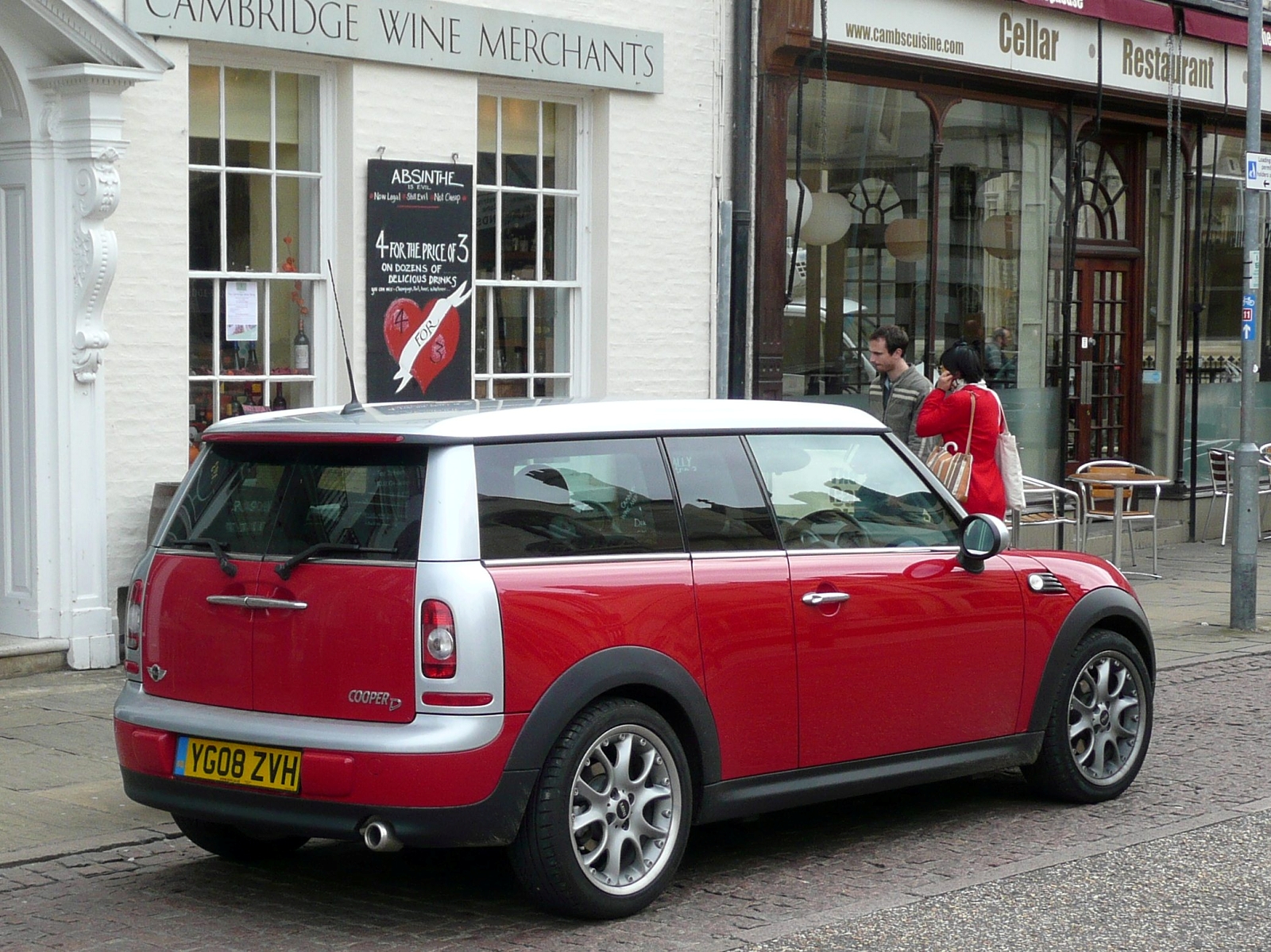 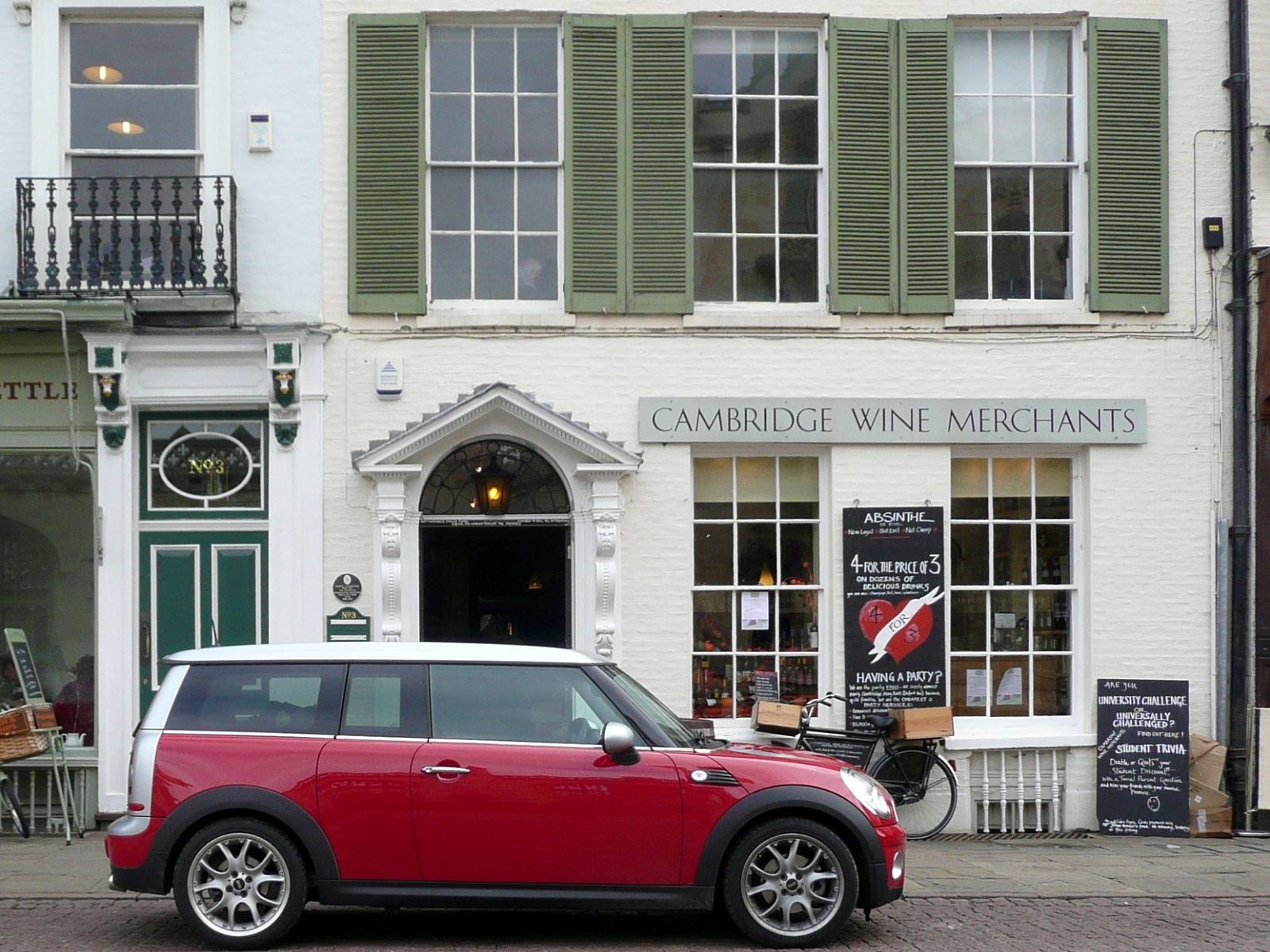 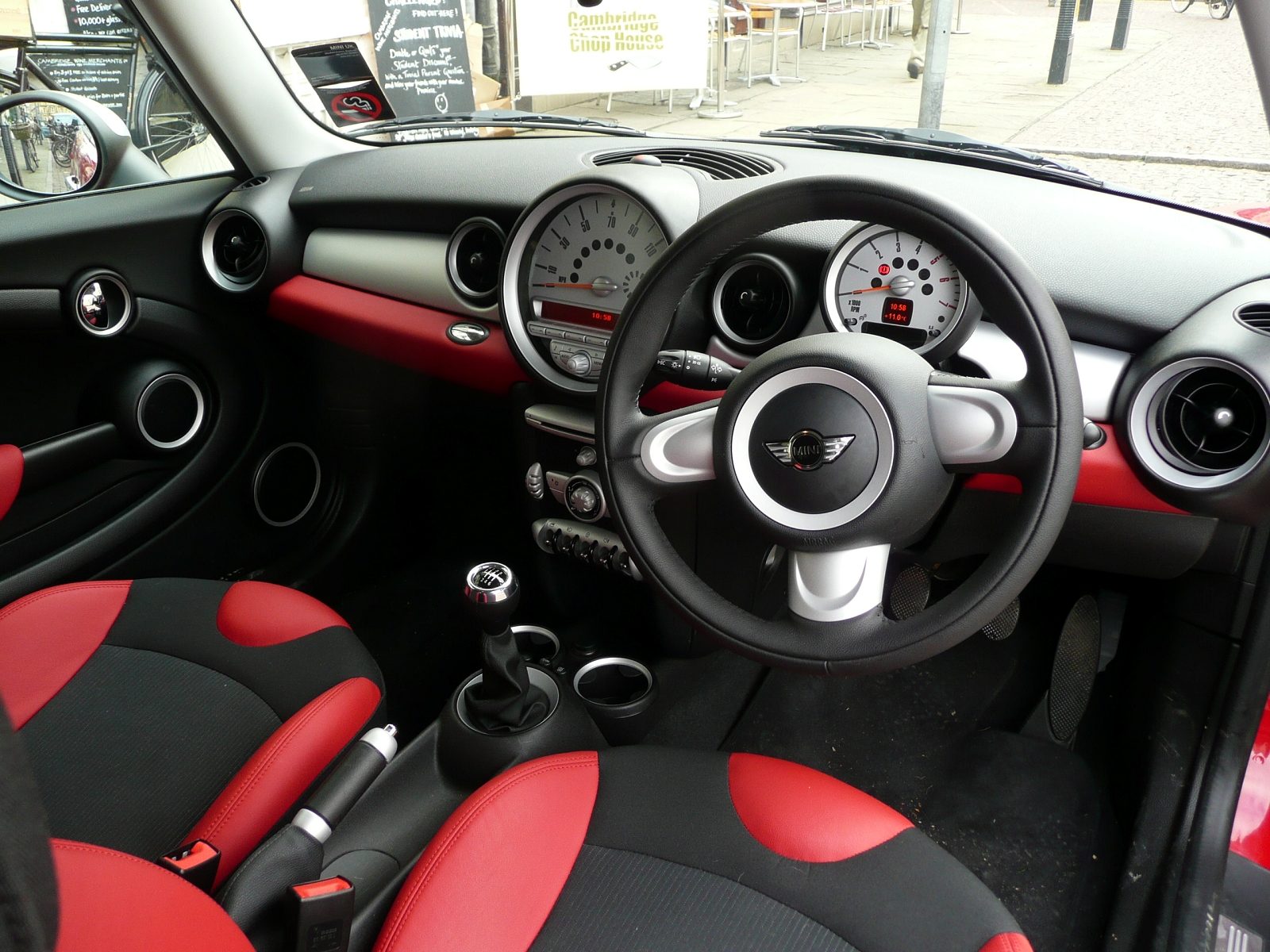 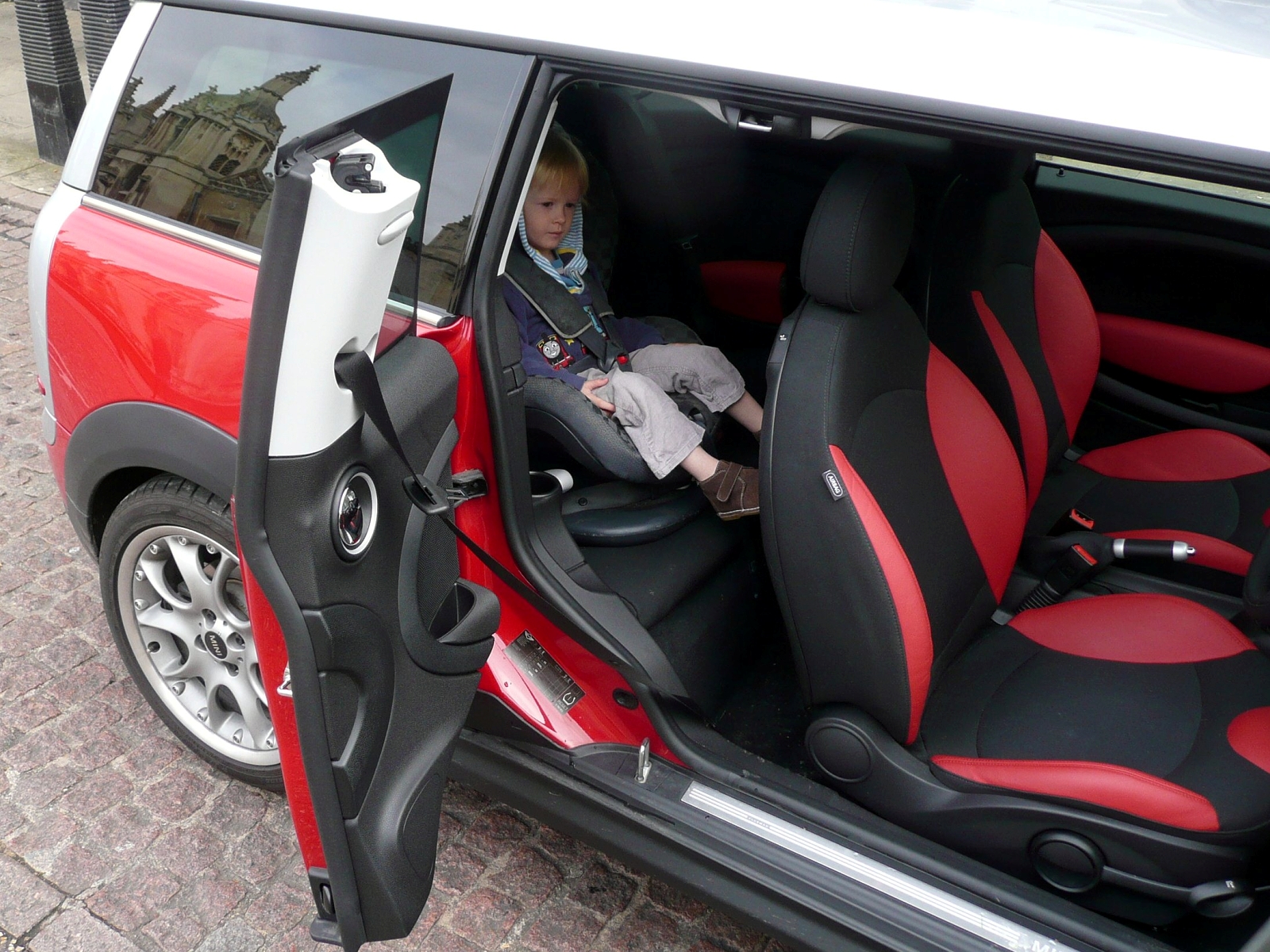 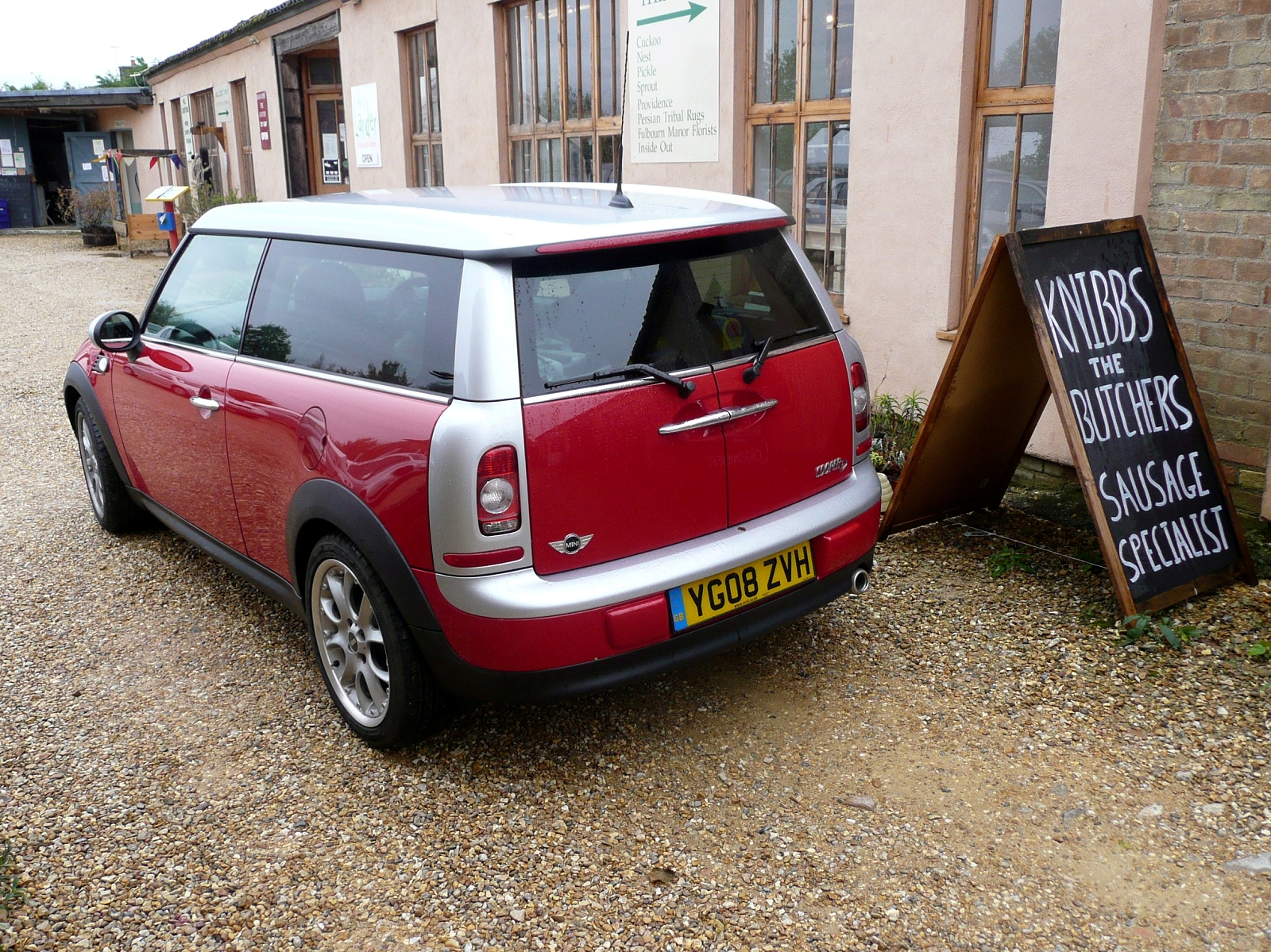 The Mini Clubman is one of the most interesting - but polarizing - car designs on the market today. The first generation 'new' Mini was a big success for BMW, despite having been such a huge leap from the original Mini design in so many ways. With the second generation Mini following the first very closely, it now falls to the new Clubman variant to push further what a 'Mini' can be. During our time with the Clubman we realized that there are many different ways to look at and consider the Mini wagon, and that many of these perspectives contradict one another... 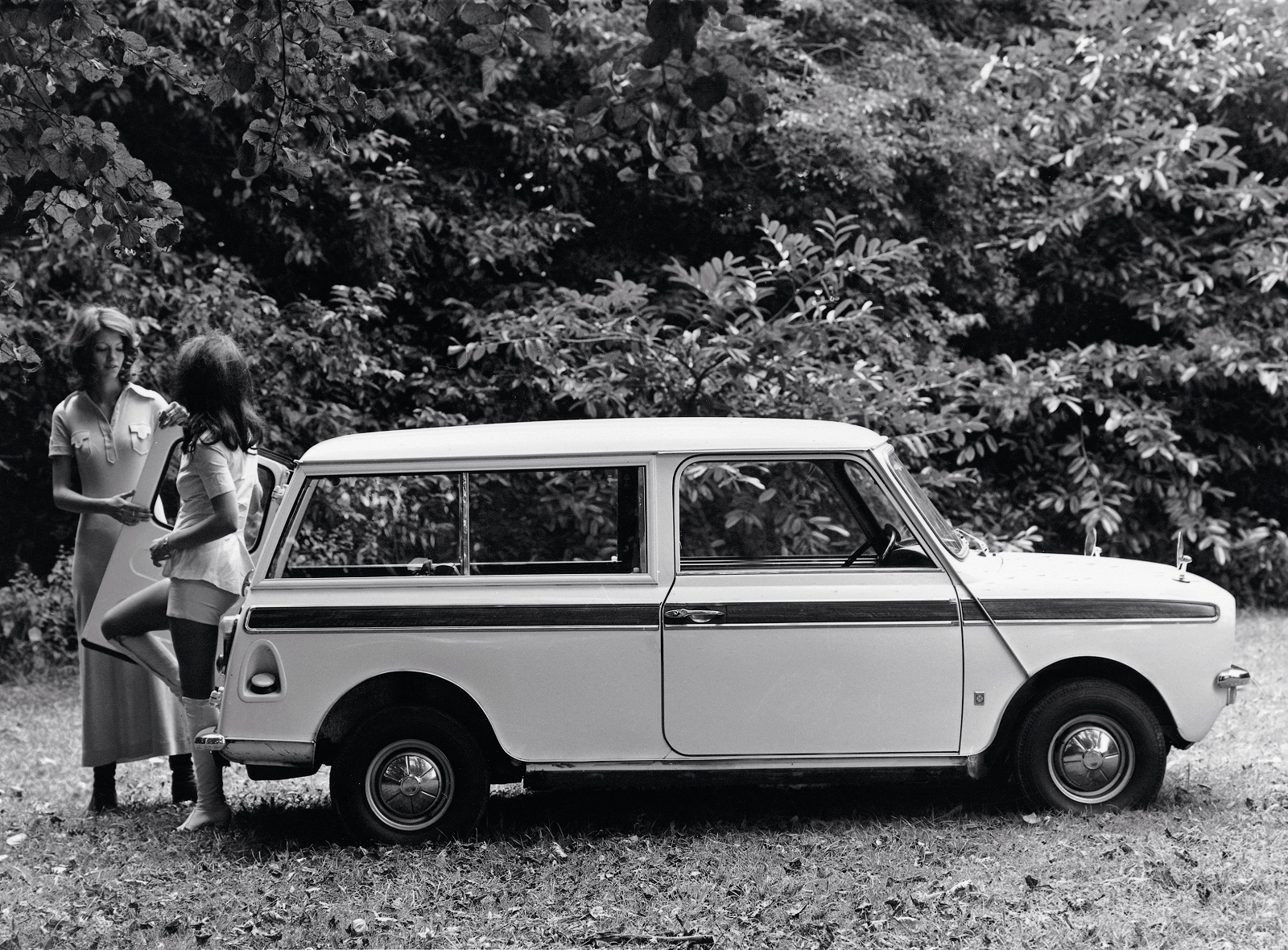 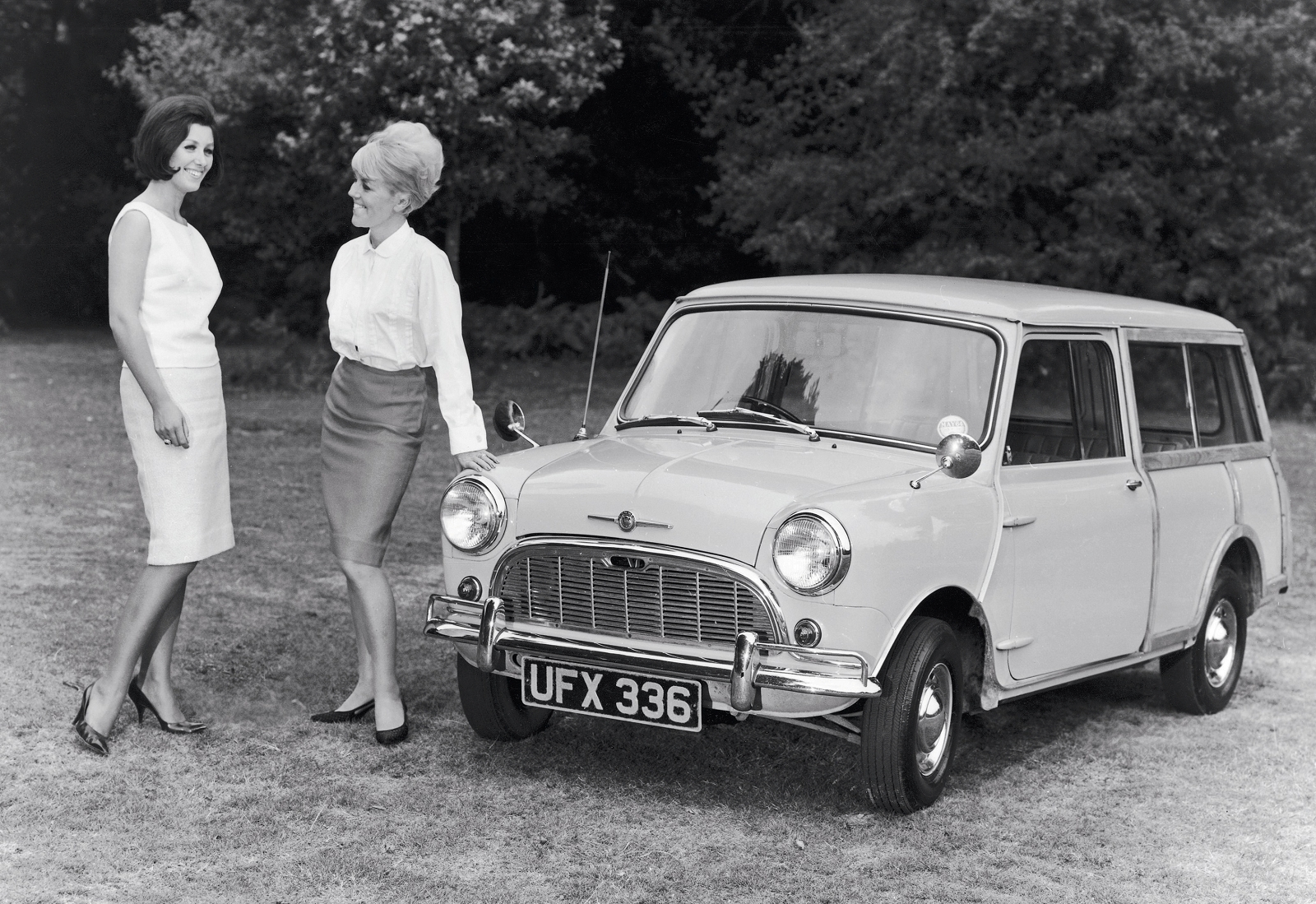 Mini estate is the reference point for the Clubman, most obvious in twin rear doors. 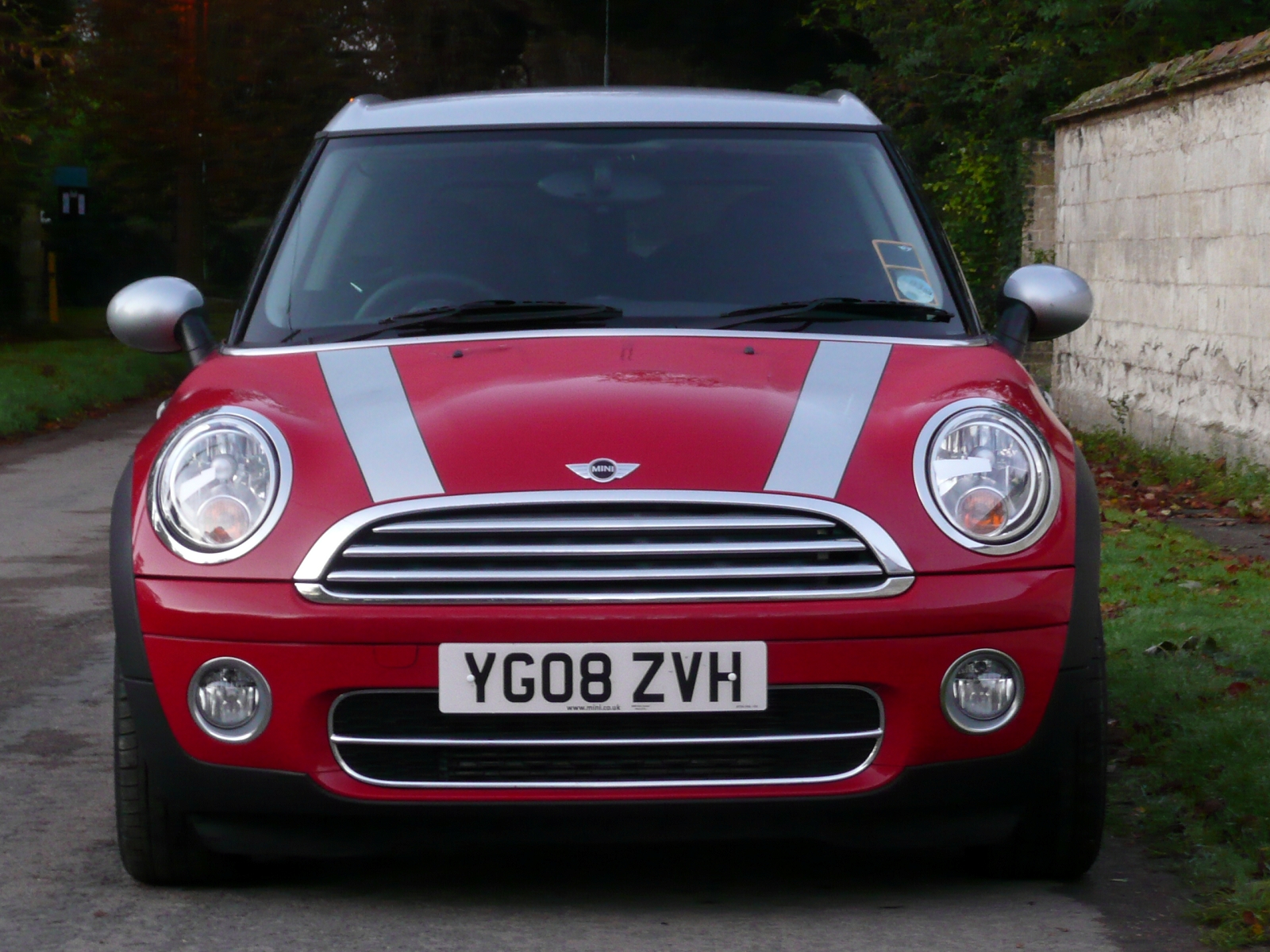 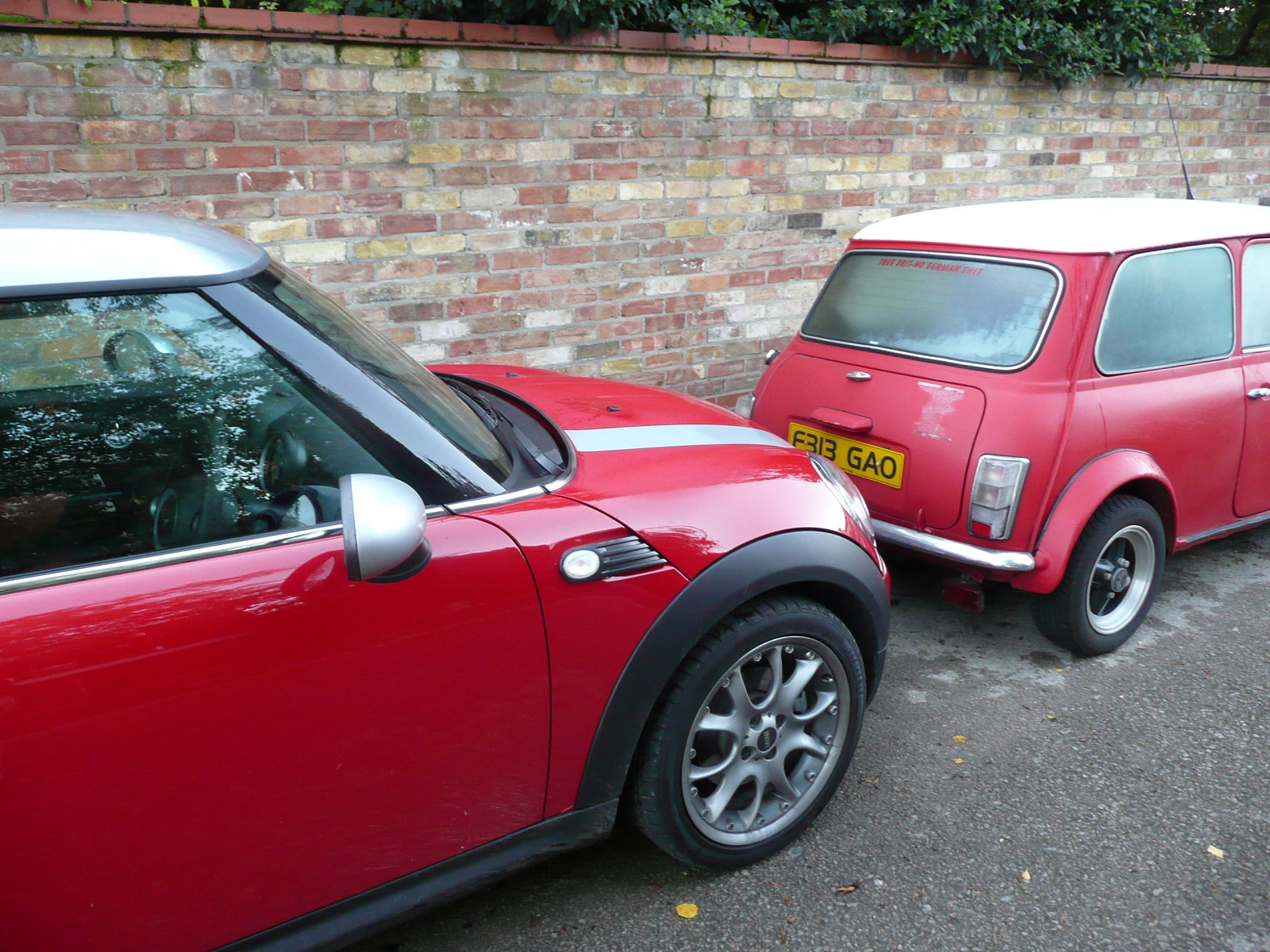 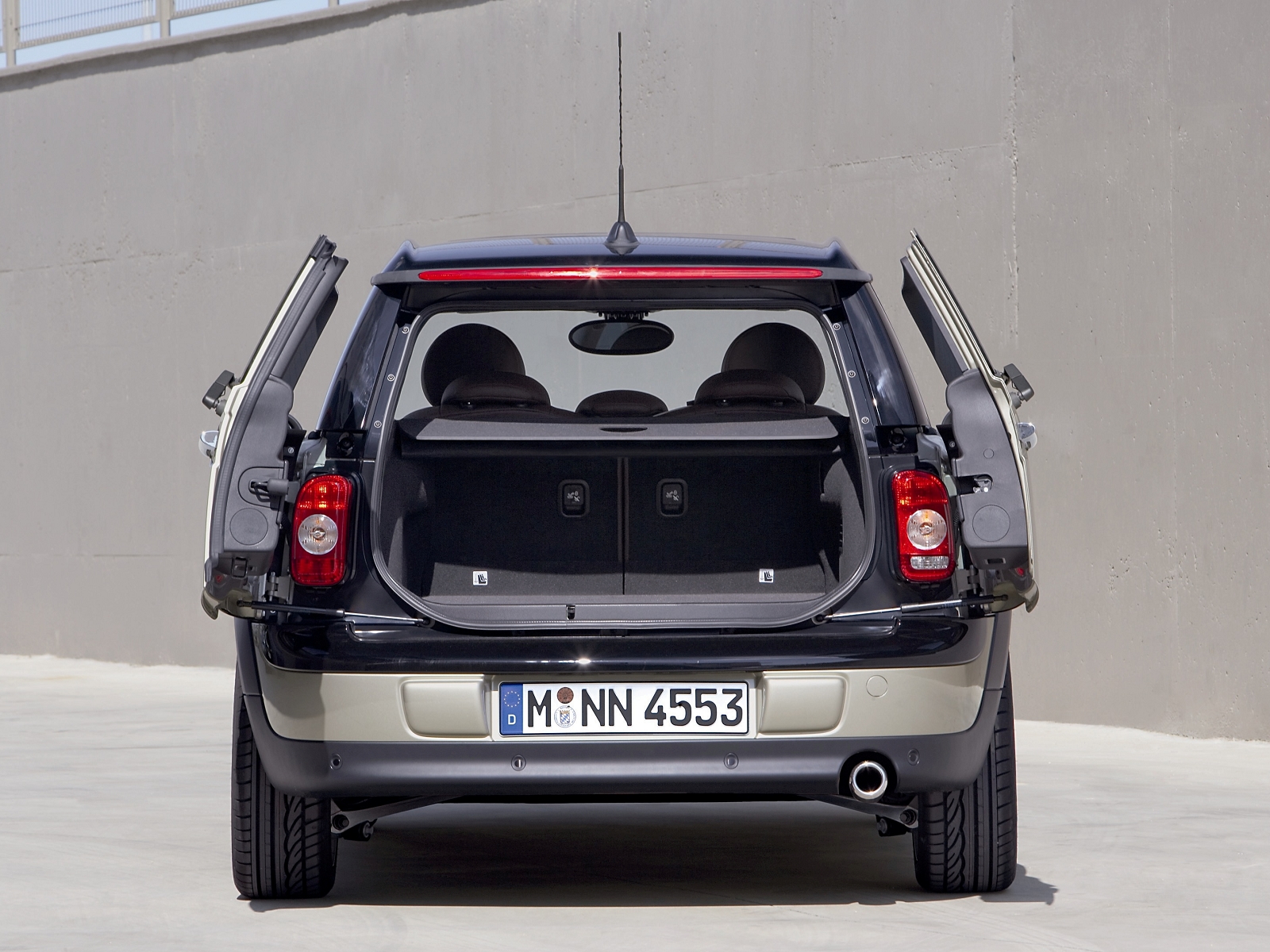 Mini but not mini
Mini as in miniature? But then it's the same size as a Mk1 Golf! And for those with some personal Mini history there is something slightly disturbing about the new BMW-owned Mini. It's more of a sporty ‘Cooper' caricature than a rationalist and incredibly space-efficient design that happens to look cute and drive well.

Extrovert but introvert
With distinctive proportions, themes and details, everything about the design is very Mini and very strong in character. Yet its easy familiarity and ubiquity make it a totally acceptable ‘safe choice' even for the bashful.

British but German
Mini is possibly the most iconic of British car brands, but now it is a bit ‘Austin Powers': a simulacrum of something quintessentially British. But then it also has more resonance with today's British market than any other small car.

Friendly but tough
Cute, rounded, retro styling that makes small children smile. But massive confident volumes, chunky controls and a near horizontal waistline that works with an all-pervading sense, when driven, of a small English car built by a manufacturer of large German cars.

Simple but fussy
The Clubman makes good use of strong simple themes inside and out, which are then 'busied-up' by attention grabbing details: the bonnet stripes, two-tone exterior paint, strident interior color options and stand out switchgear are some examples.

Irrational but rational
It's more expensive than any car this small, so you have to buy it with your heart. As a diesel it's one of the most practical sub-110g/km CO2-emitting vehicles, and though it's super fuel-efficient, it remains brisk. It also comes with three years of free servicing and depreciates glacially - so you can buy it with your head.

Contrived but uniquely practical doors
Why add two tiny rear doors with two tiny rear wipers when one will do? Truth is they're better: small doors are easier to open, they're less prone to be blown open in the wind and they can be opened wide in close confines. They're not such a big reach and a heave to open and close; and when opened, they don't let so much cold air into the car. These small doors are effective in being totally unique in this class, differentiating the Clubman from a conventional hatch. And the ‘clubdoors' (right side half-door) make flinging stuff into the rear seats just that bit easier too.

Toy-like but grown up
This is the car two year olds want because it's the closest thing to their definitive car. If kids could draw better the Mini would have been designed a million times over. But it's also desired by 60 year olds, for reasons underpinned by its strong design equity: it's a classic design not just a transient model; it is the definitive small car in the way the Polo, Fiesta or Corsa could never be.

Retro but Modern
On one hand, the Clubman makes explicit references to a 50 year old design. On the other hand, it remains the default car for young-minded car buyers around the world. This is no dry BMW wagon, this is a FUN car. And it is also very palpably underpinned by a BMW level of premium integrity. The Mini Clubman is having your cake and eating it!

Navigating around each of these perspectives elicits no singular conclusion, or at least none that can be convincingly argued. But the Mini Clubman does have unequivocal richness in its design content; and is a compelling design for its contradictory qualities, not despite them. This perhaps then is the essence of its (new) Mini-ness: contradictory perspectives that conflict and combine to create uniquely strong characters in the minds of everyone.