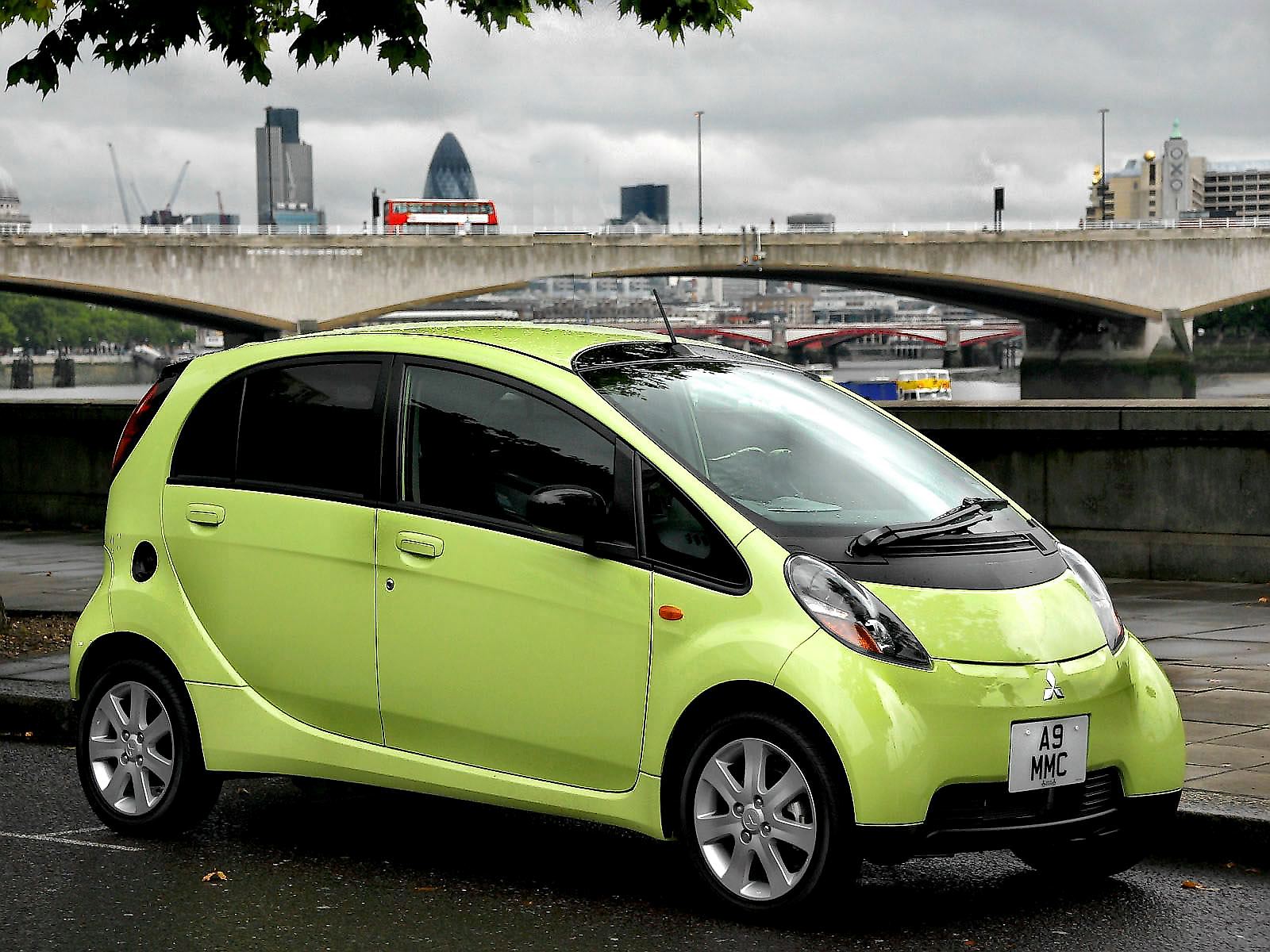 Mitsubishi i in London embankment. Click for larger images 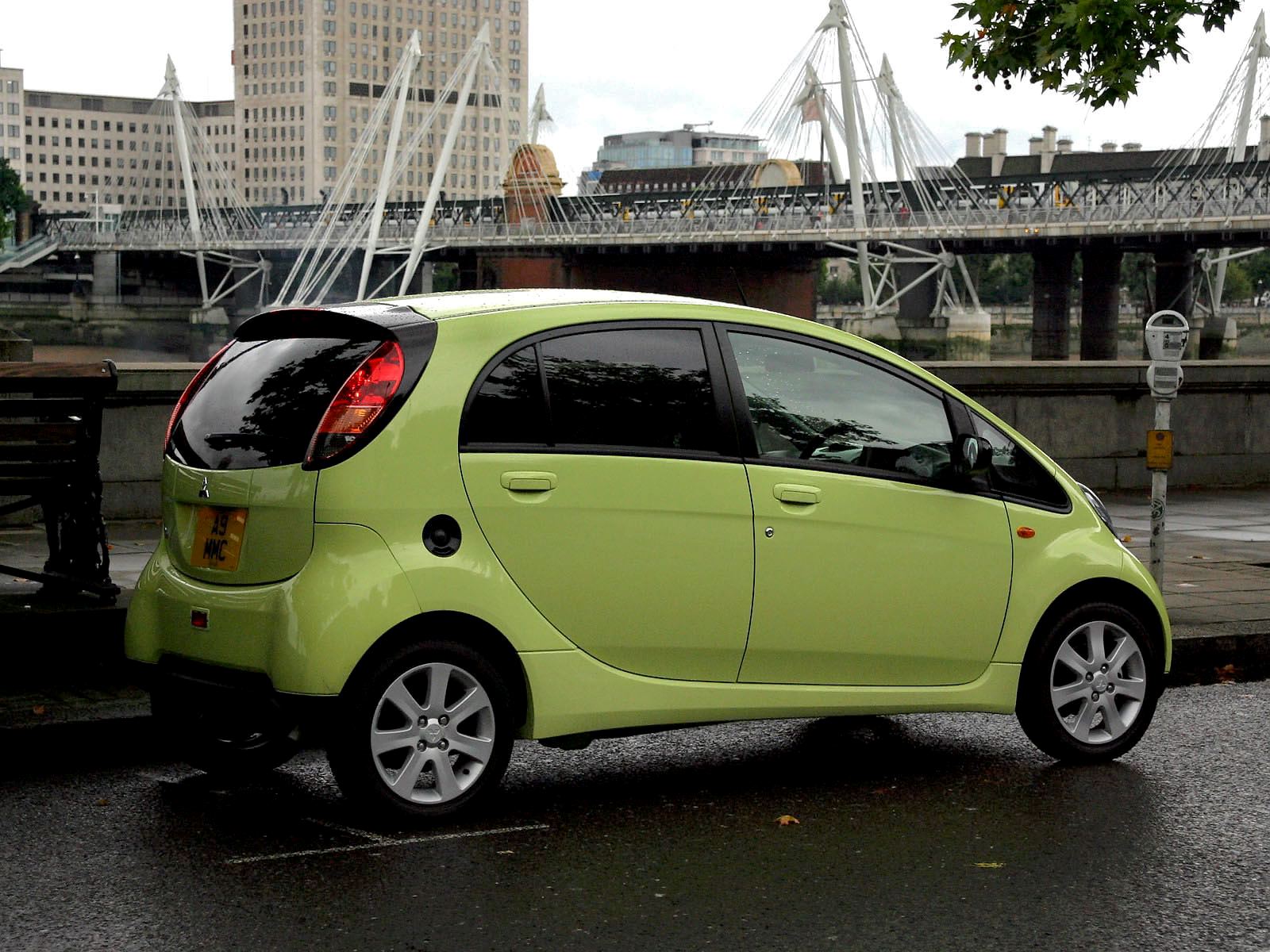 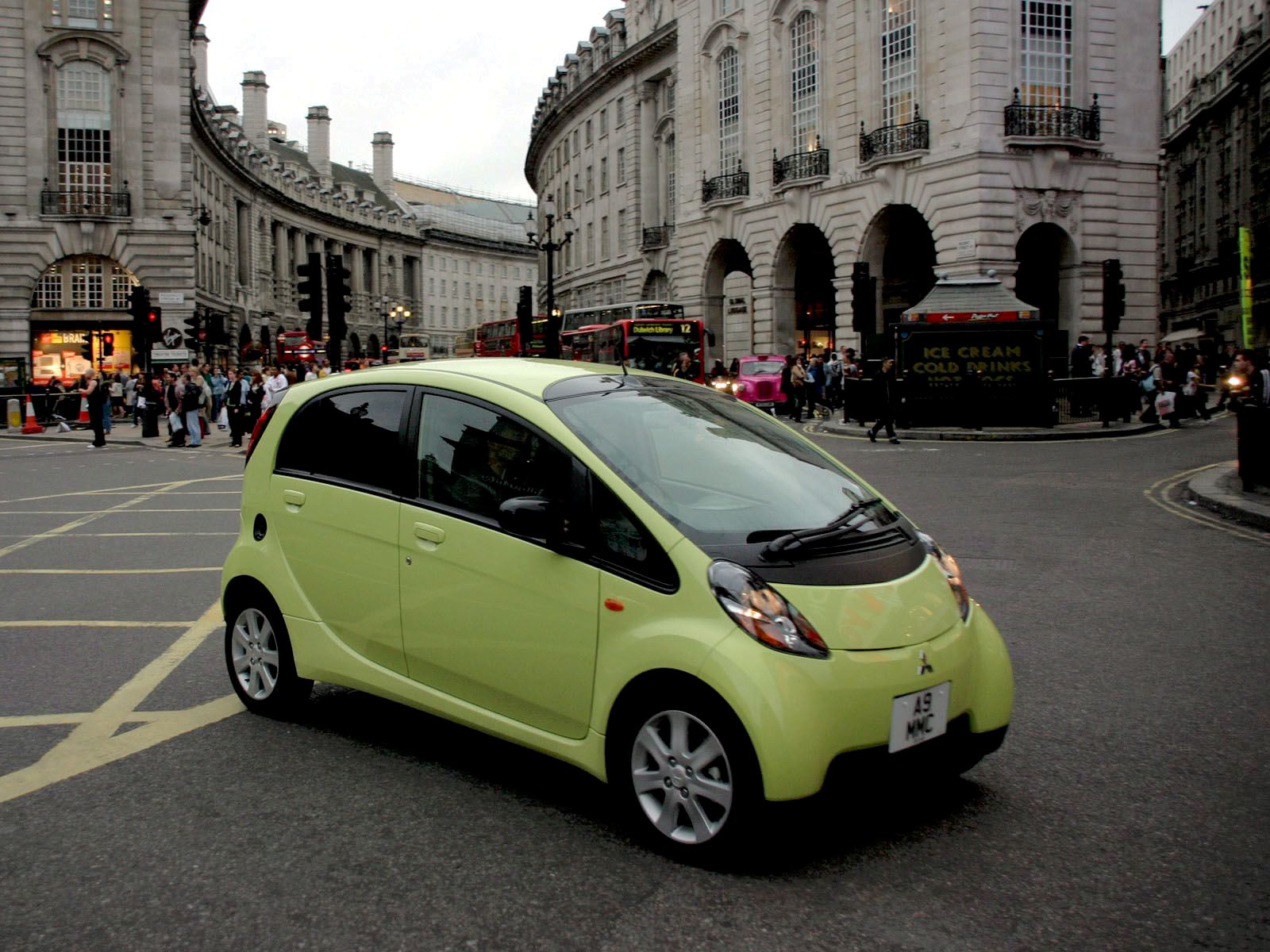 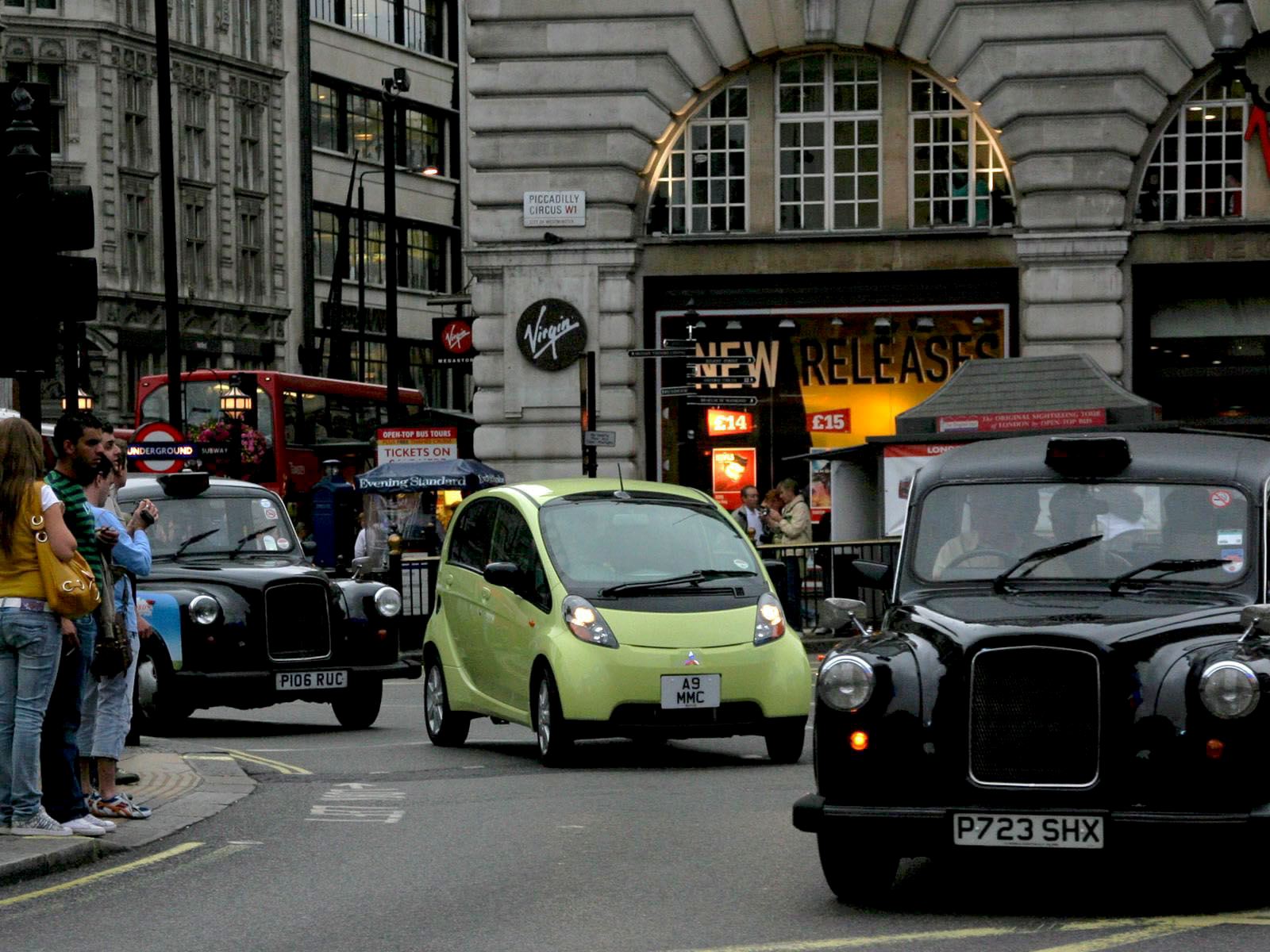 Mitsubishi i navigates through Piccadily 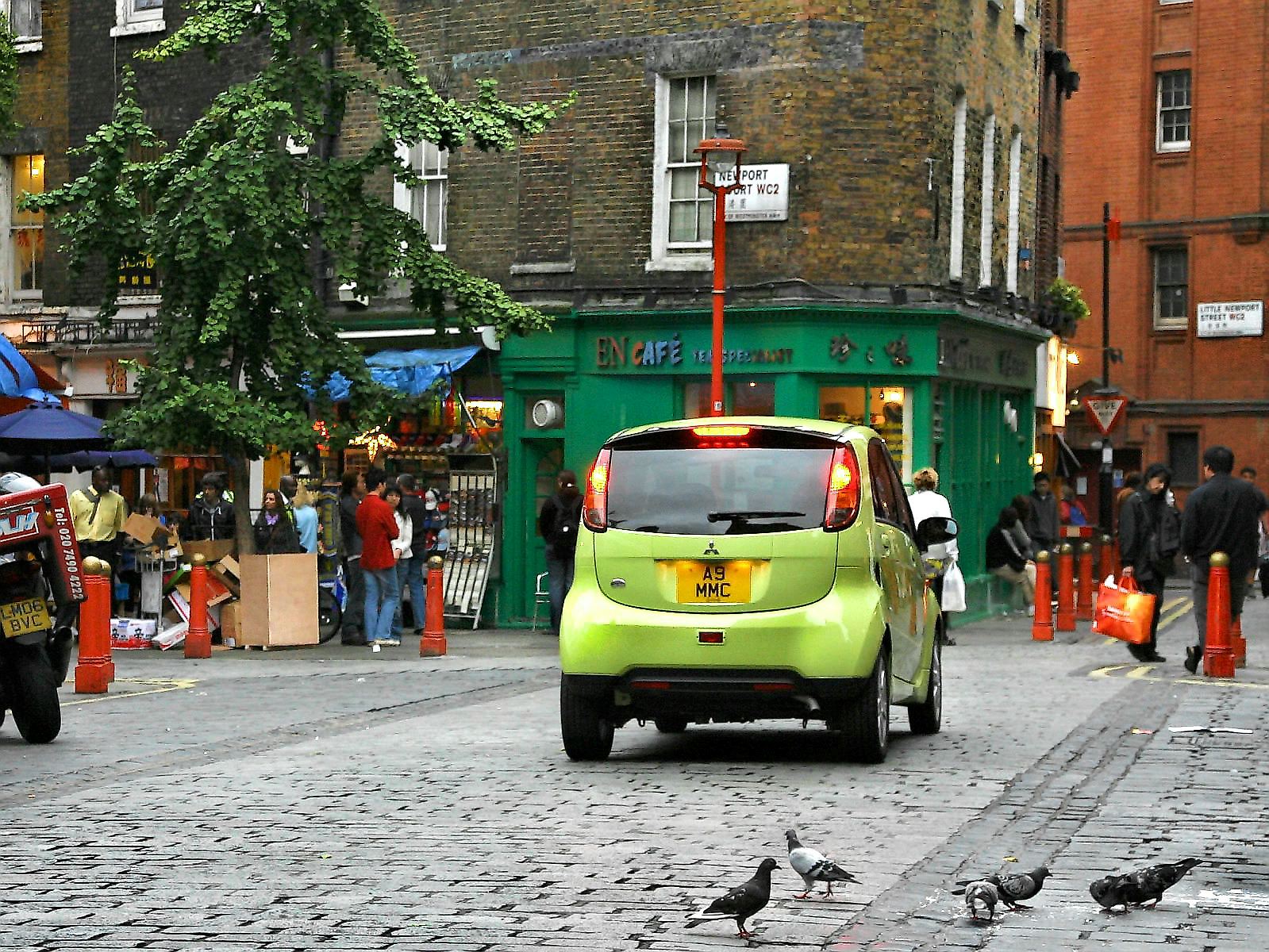 We first reviewed the diminutive Mitsubishi 'i' when it was unveiled at the 2005 Tokyo Motor show and, while we were pleased with the overall design of the car, we were disappointed that Mitsubishi had chosen not to export the innovative vehicle to other markets. But with the popularity of this compact urban cruiser soaring in Japan and the recent availability of the vehicle in the UK, we now had a chance to give it a go on the often traffic crippled streets of central London. 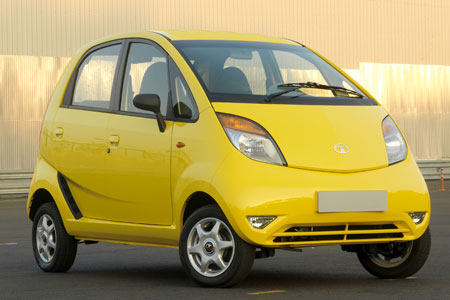 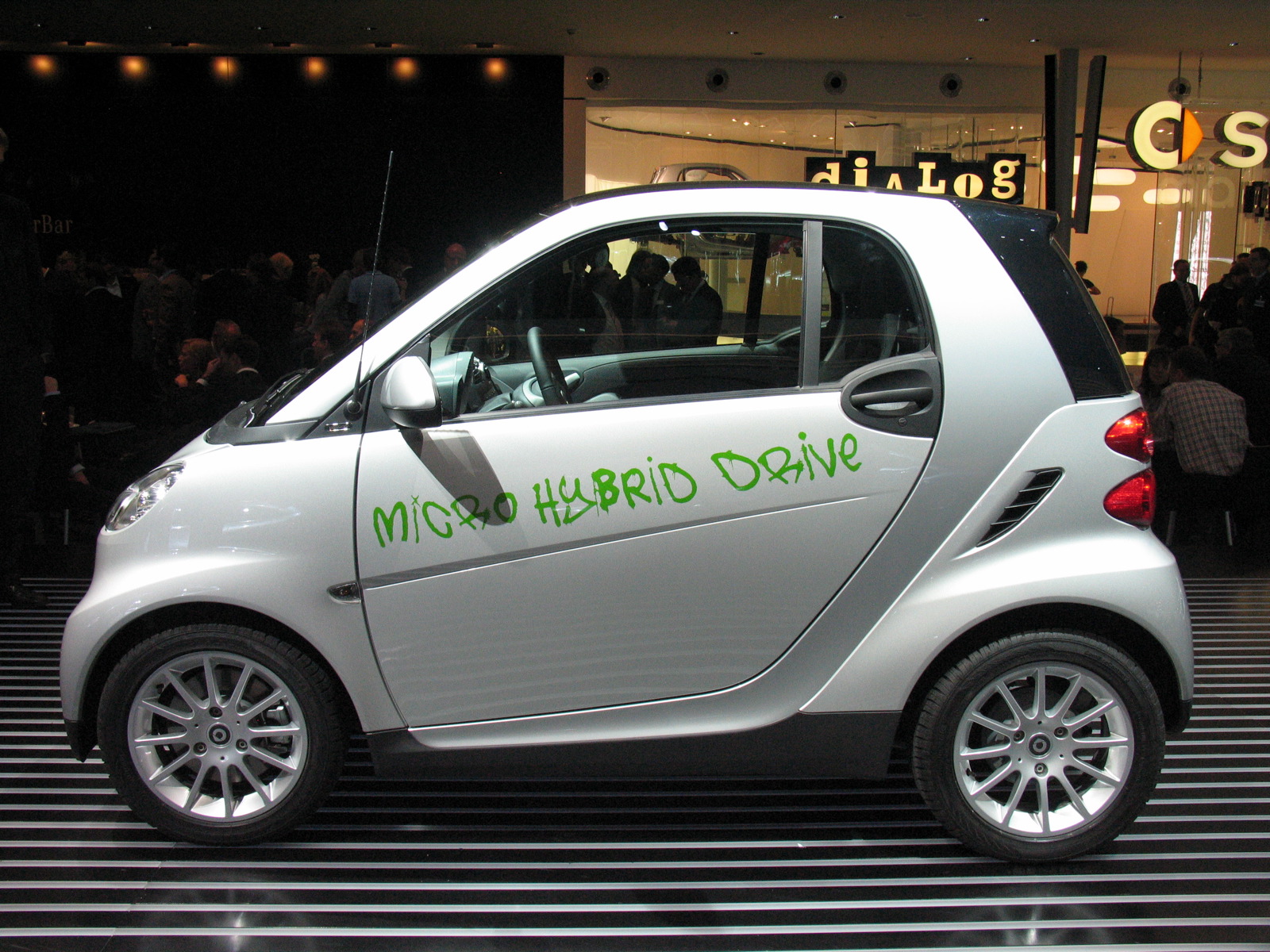 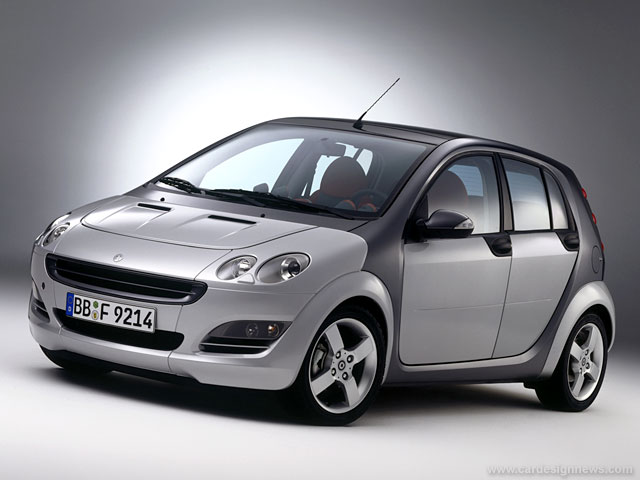 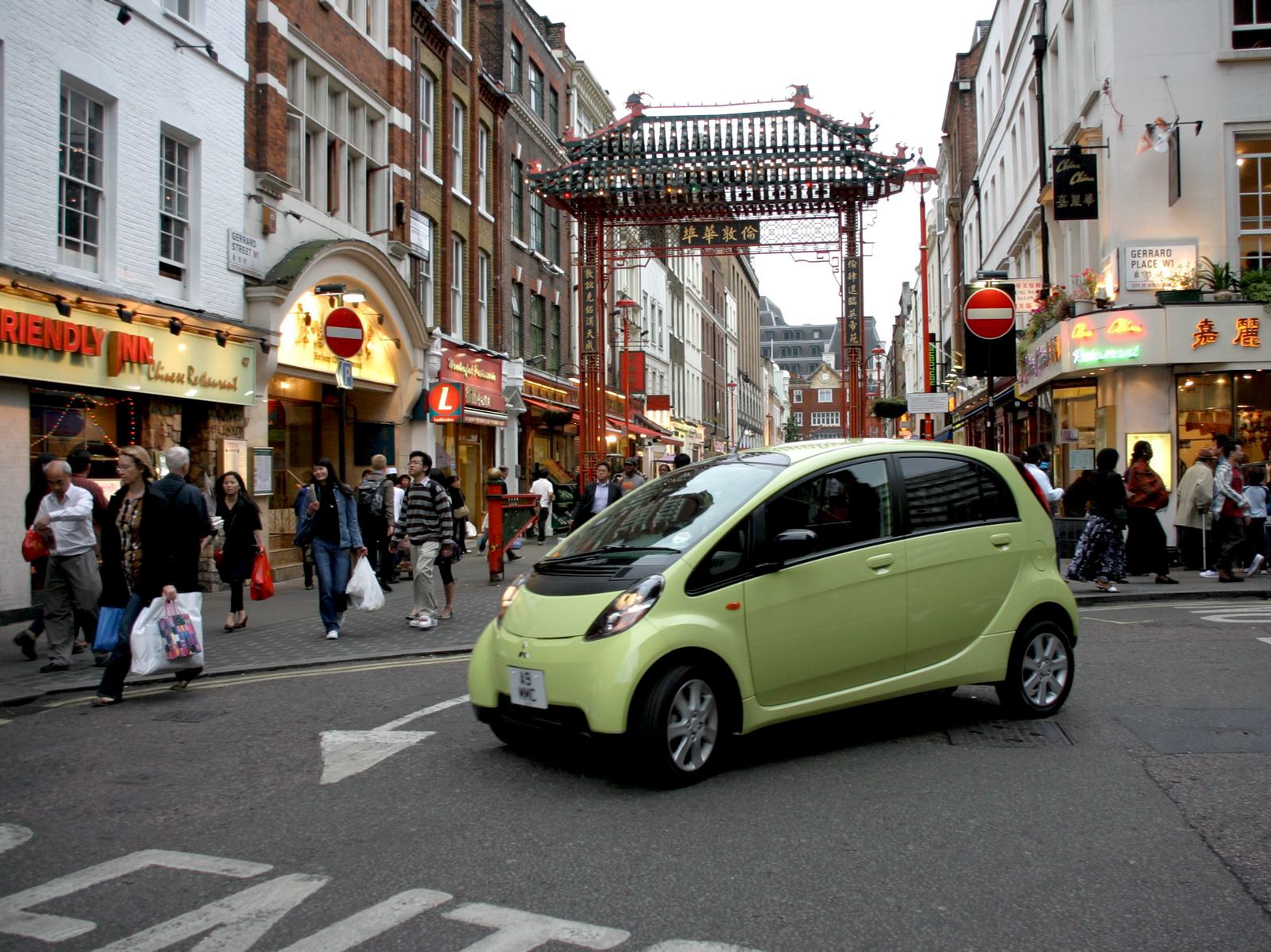 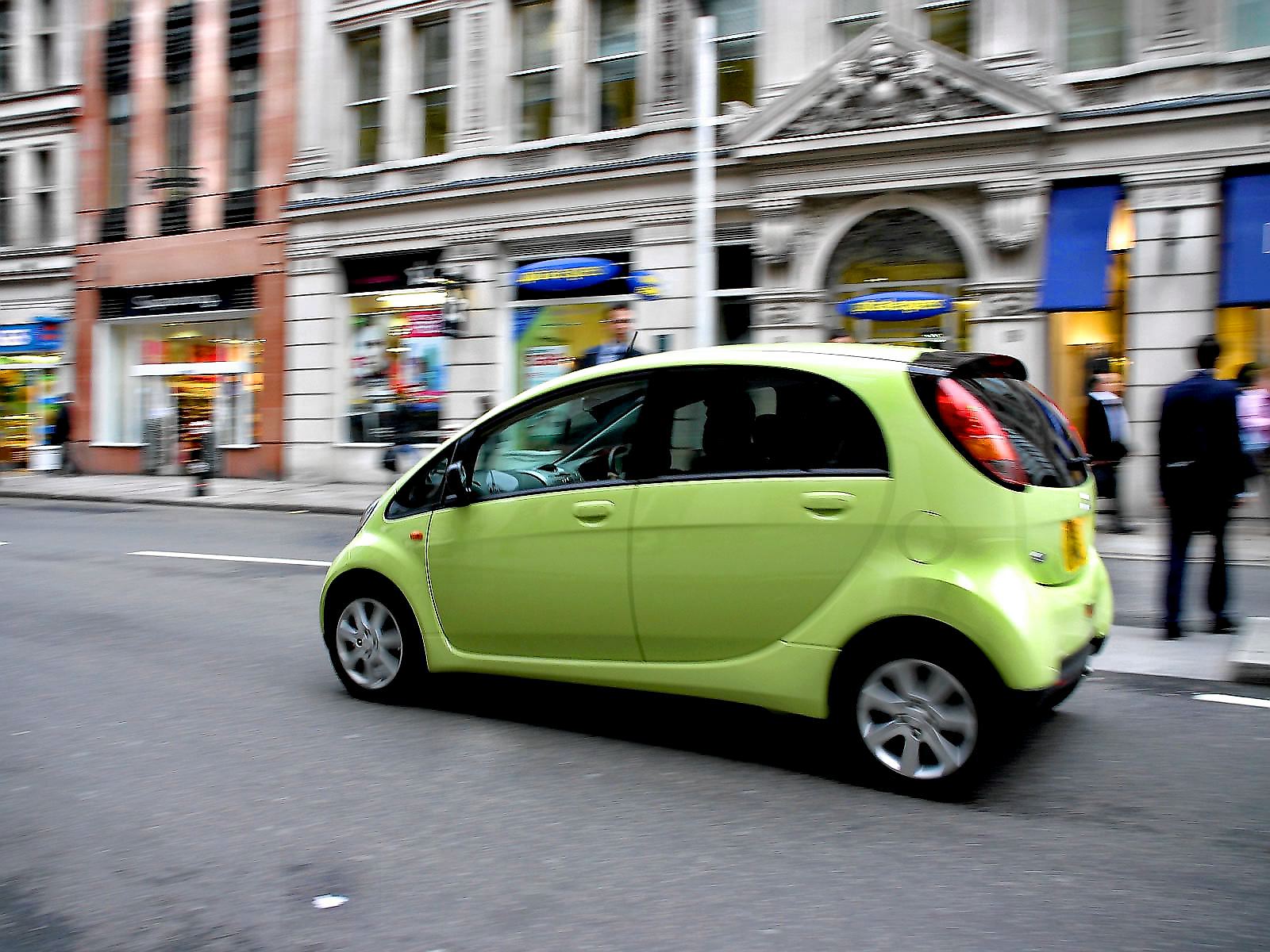 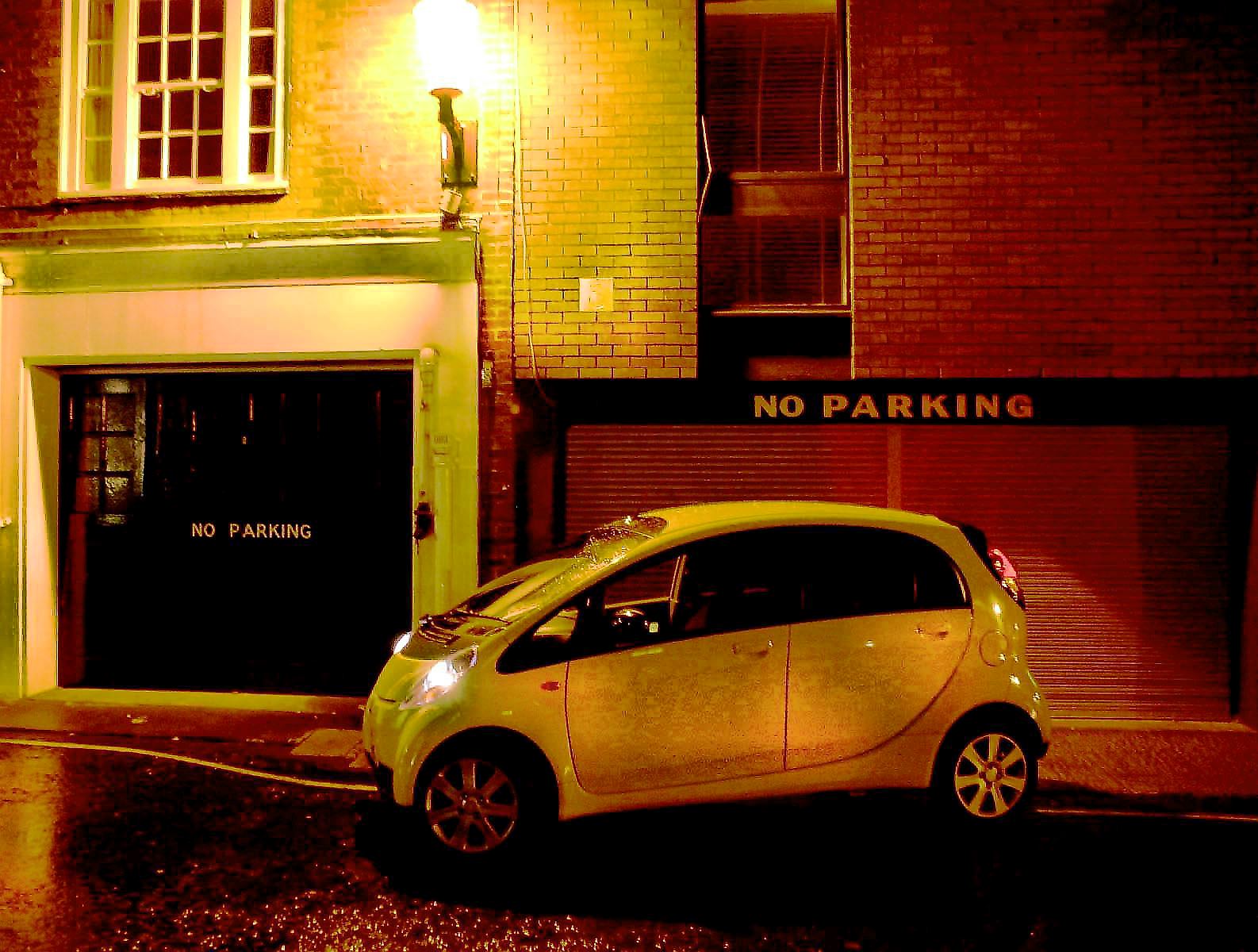 Congestion in urban milieus is not a new phenomenon, but even with London's congestion charging system extorting money from drivers it doesn't seem to be getting any better. Models such as the recently unveiled Tata Nano, a compact two-cylinder urban runabout that aims to get India mobile for a pittance, is a good indication of where transportation design will go for those living in built up areas. But where does the Nano fit into this story? Well, if you look closely, it's just a smaller version of the Mitsubishi i.

Designed to conform to initial Japanese 'Kei Jidosha' (Japanese for 'light vehicle') regulations - which state that Kei-cars must measure less than 3.4m long, 1.48m wide and be fitted with engines less than 660cc that produce no more than 64hp - Mitsubishi designers had to create an aesthetically appealing vehicle that was also practical. As such, the exterior design is as much about functionality as it is style.

There is a rounded theme used around the lower section of the doors and the upper DLO juts downward toward the front of the vehicle accentuating a sleek and dynamic profile. This also facilitates visibility though the triangular side window section within the A-pillar. The gentle curve of the roofline is visually appealing but also maximizes interior headroom, while the geometric head and tail lamps impart a contemporary feel to the front and rear. Symmetrical openings beneath the C-pillar and just above the rear wheel arches are also functional design aspects: one provides access to the gas tank (via the fuel door) while the other feeds cold air to the rear-mounted and turbocharged three-cylinder powerplant.

"The key idea launching the development of the design was: Let's create new value within the dimensional constraints of the minicar category," says Masamichi Takeya, Chief Designer at Mitsubishi's Tokyo studio where the i was designed. "Benefiting from the new rear-midship platform, we have created a fresh and sleek form that disguises the dimensional limits of the category."

Placing the engine at the rear of the vehicle has enabled a car with significantly smaller dimensions than conventional minicars to maximize interior space and, with the engine situated just in front of the rear axle, designers were able to position the 15-inch wheels at the far corners of the vehicle, minimizing the intrusion of running gear into the cabin.

Measuring 3395mm long and 1475mm wide, the Mitsubishi i is 357mm shorter and 209mm narrower than the now obsolete Smart ForFour, a car which would likely still be available had DiamlerChrysler utilized the aluminum space frame platform and layout of the i rather than opting for the more traditional Colt-based architecture.