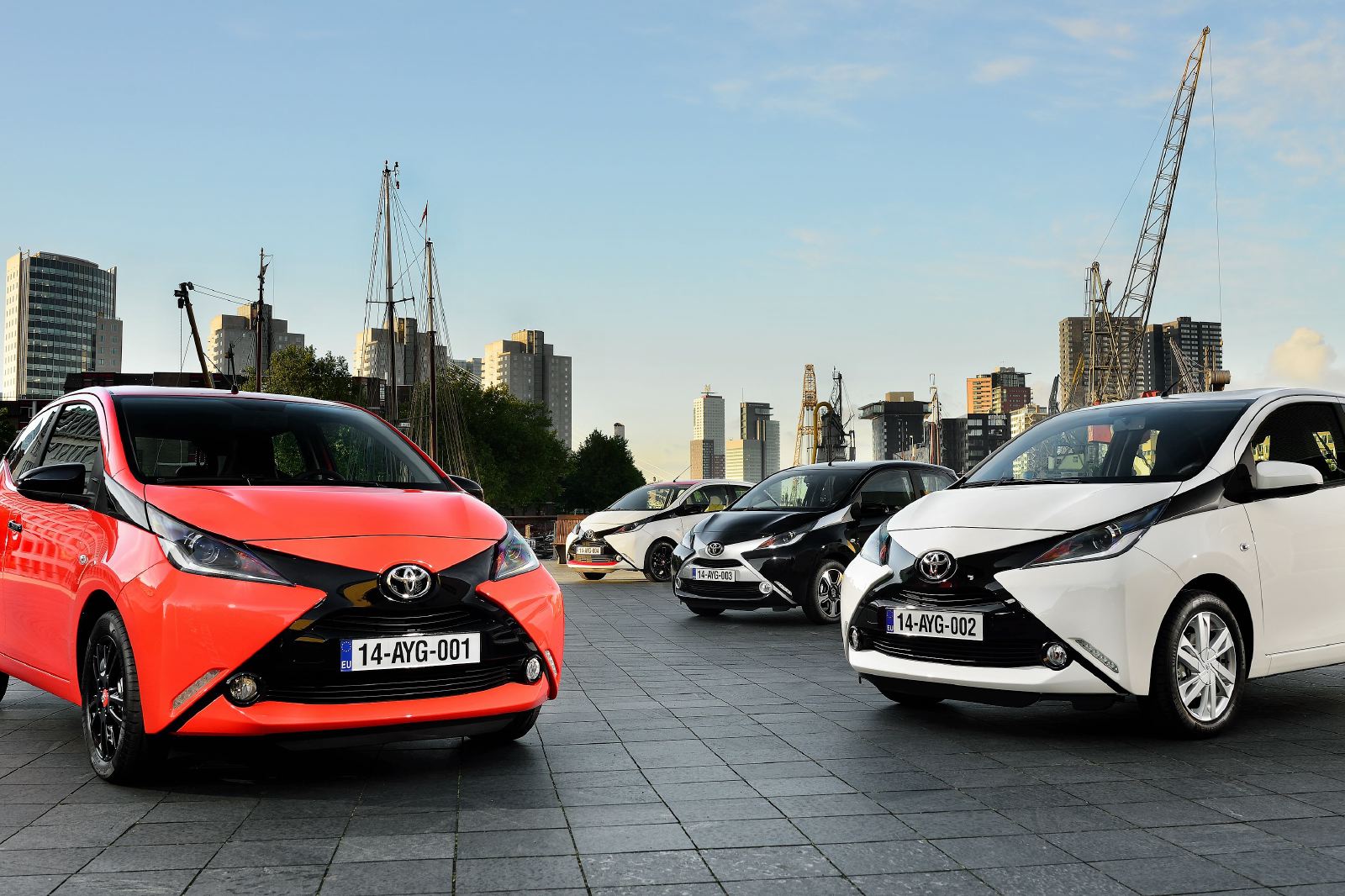 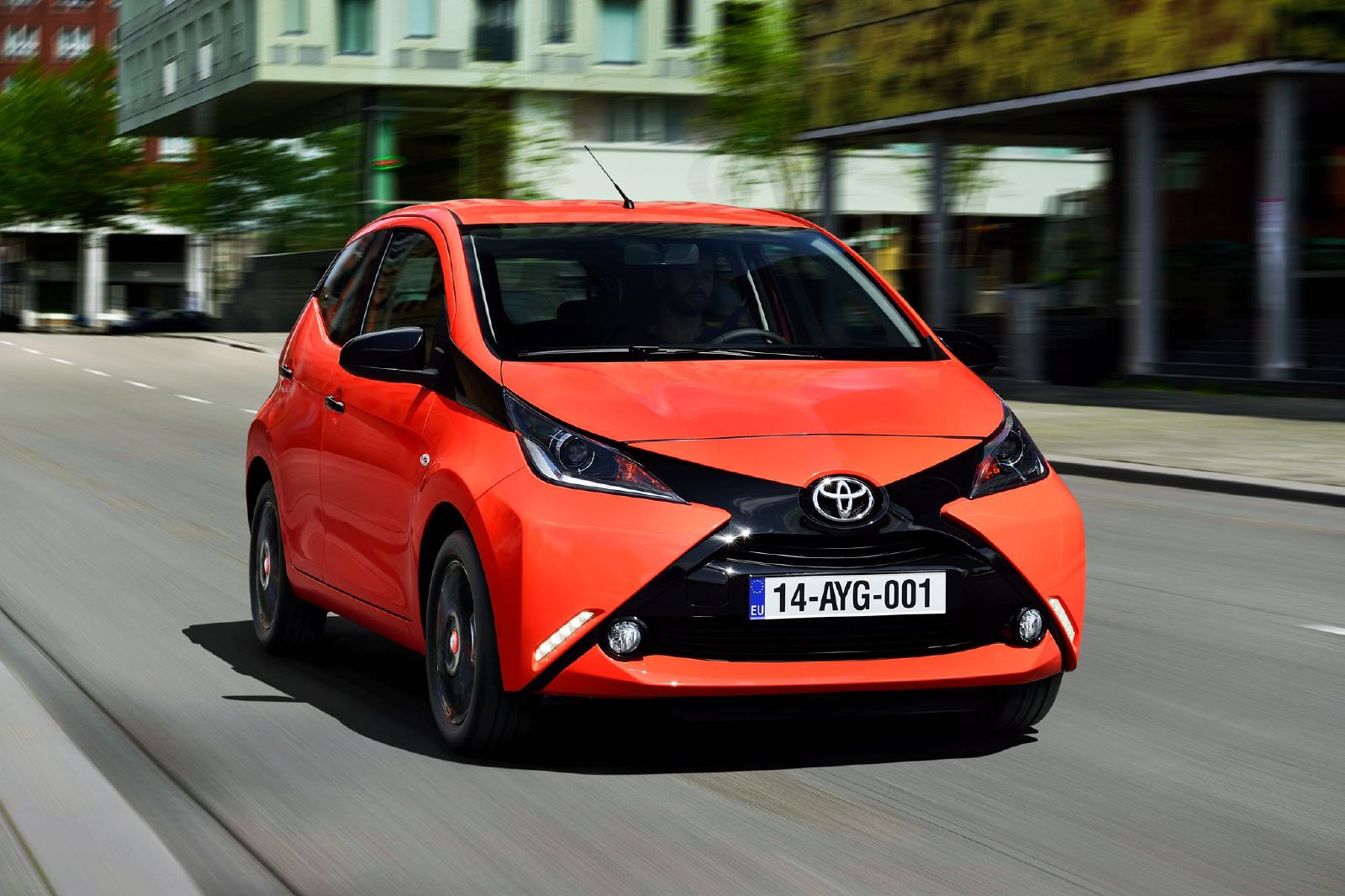 DRG stands out, even at a distance 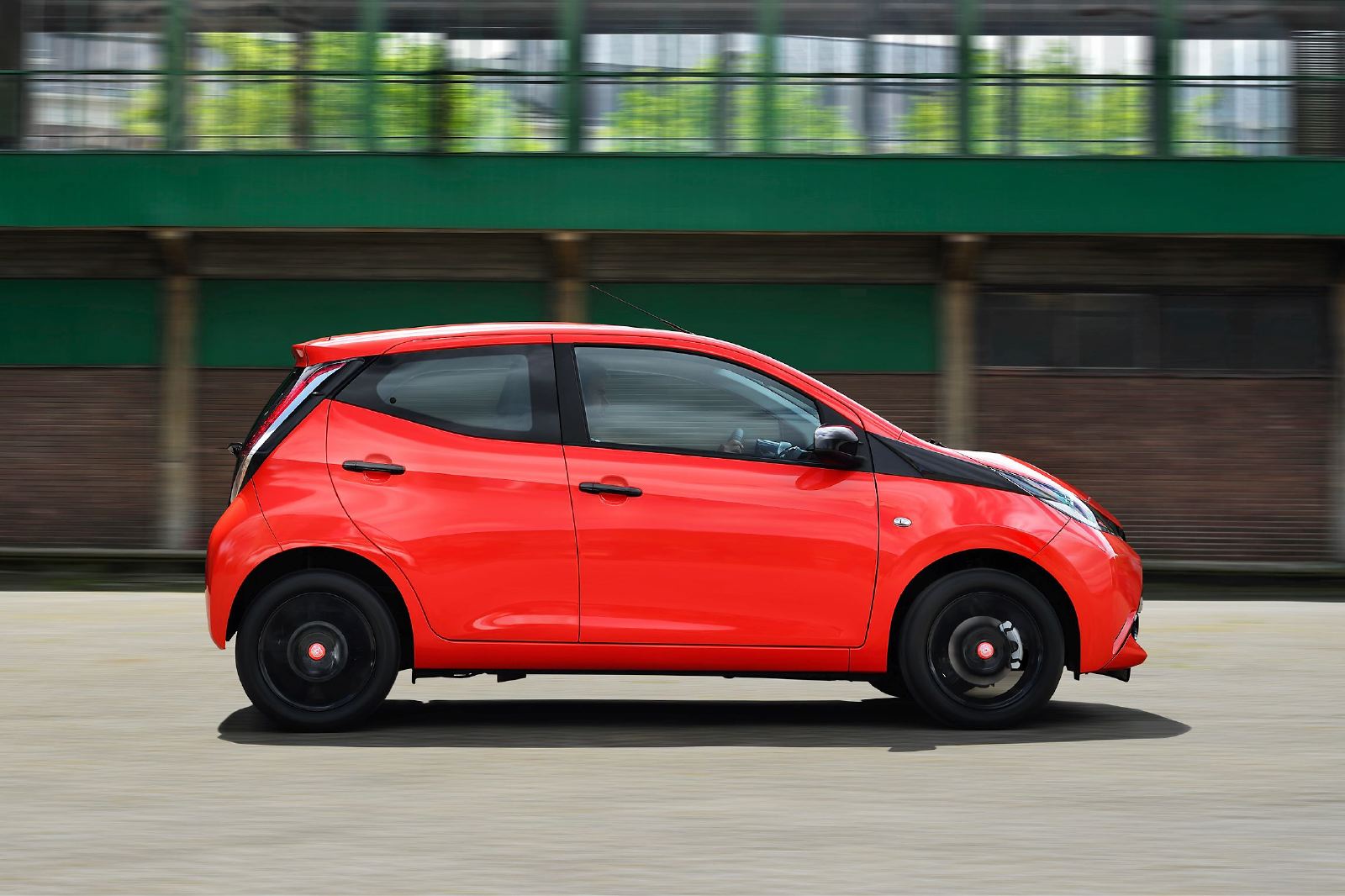 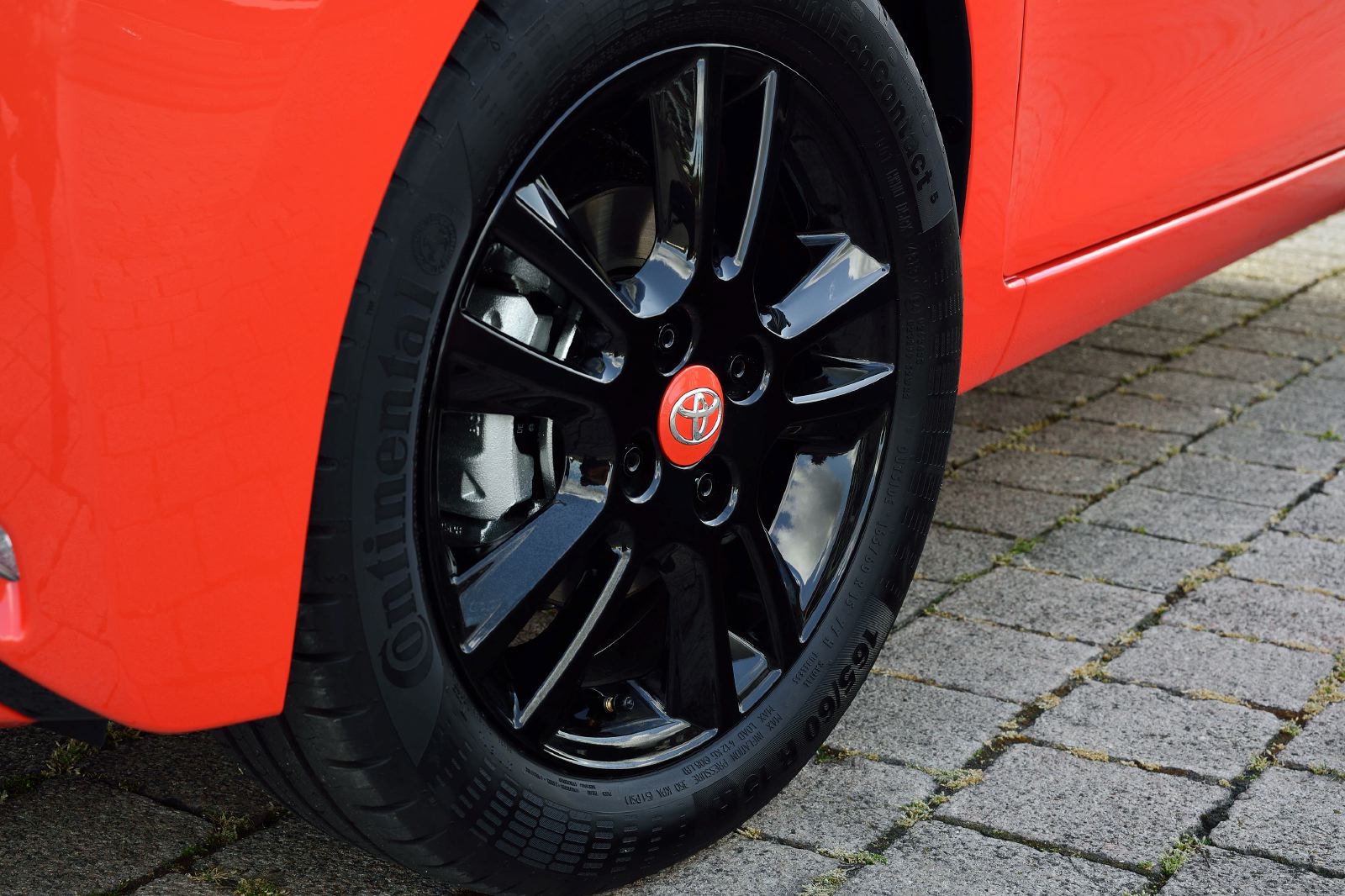 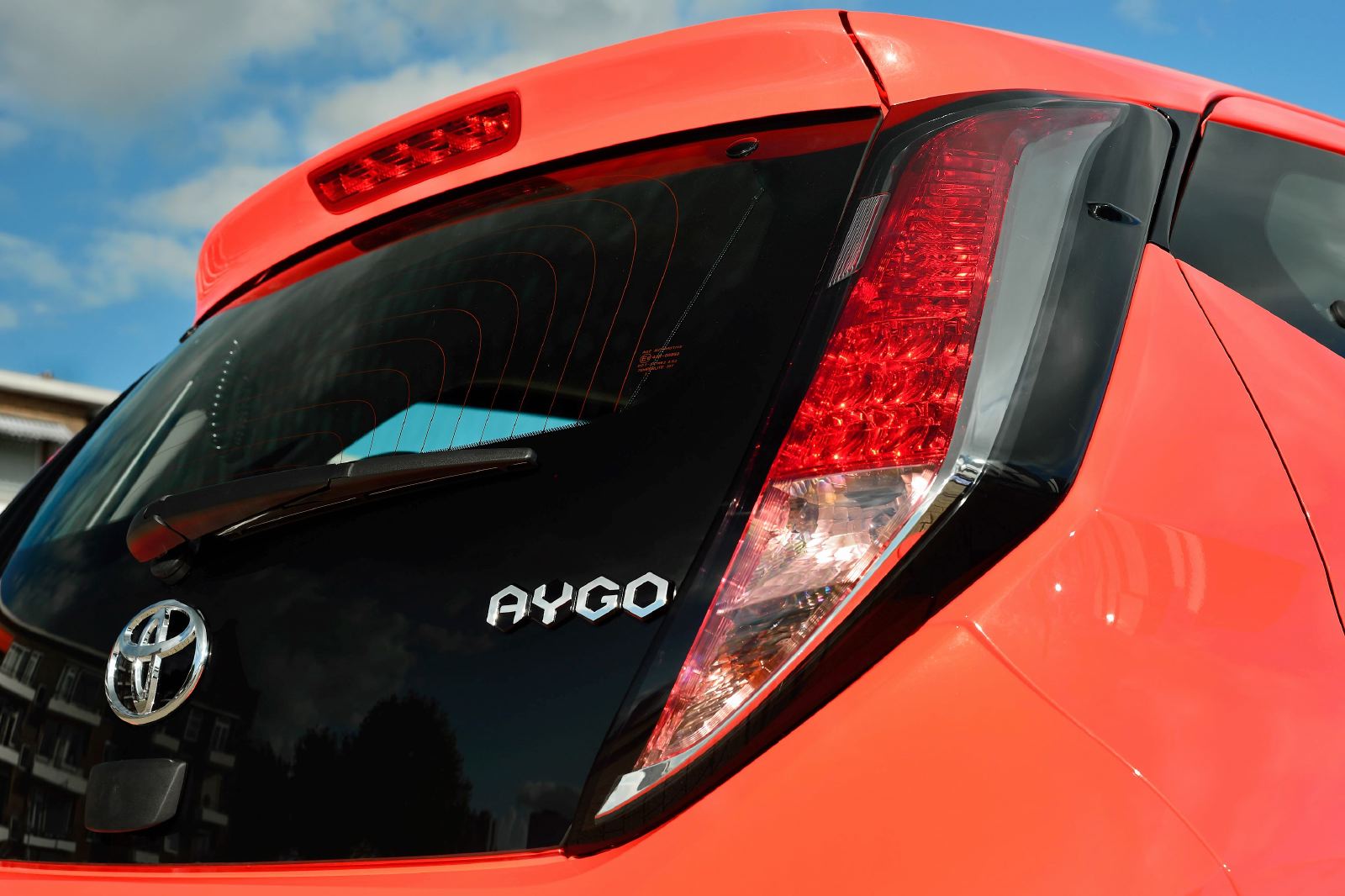 Larger wheels (left) increase perception of stability, tailgate made from a single piece of glass 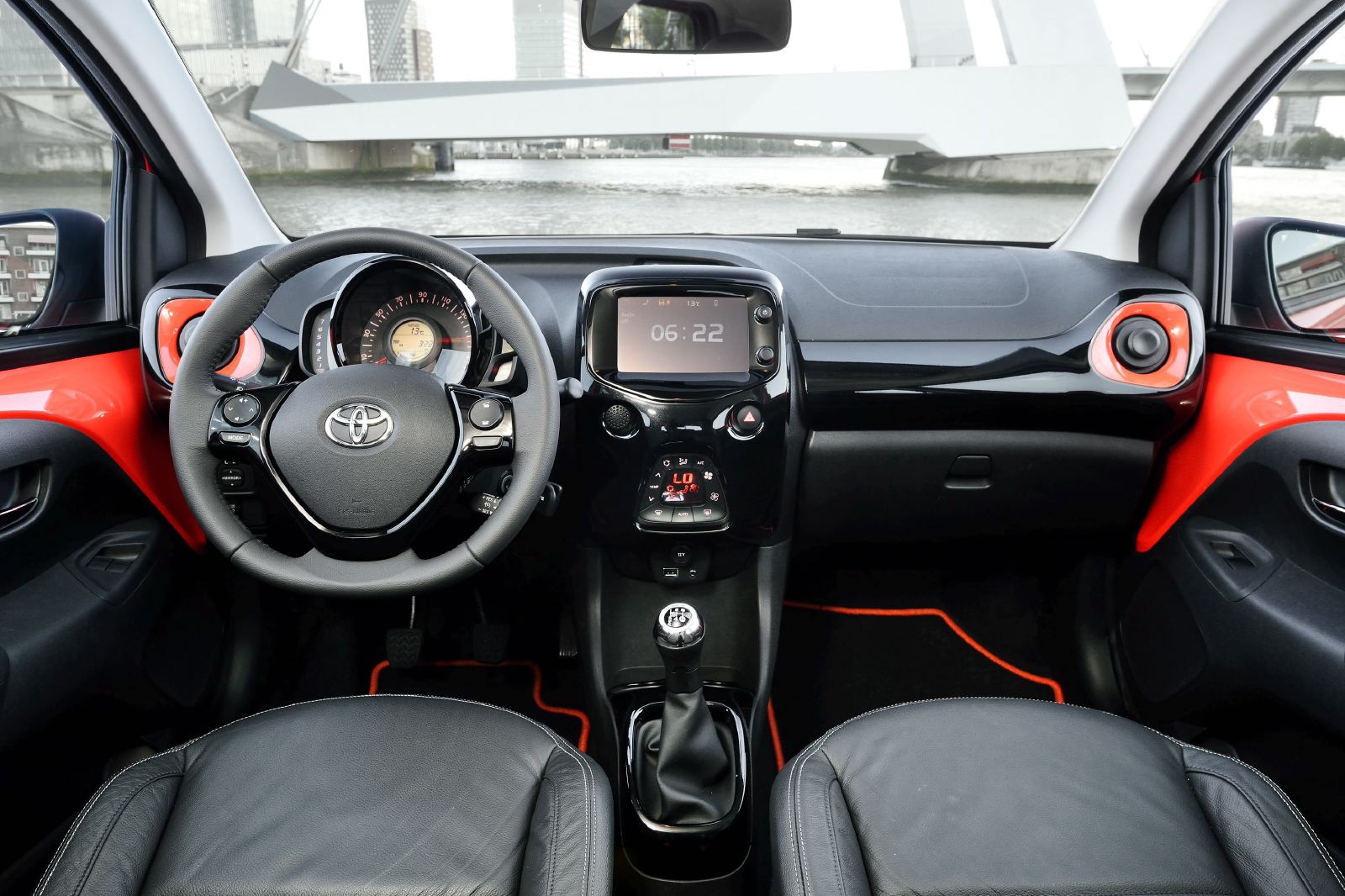 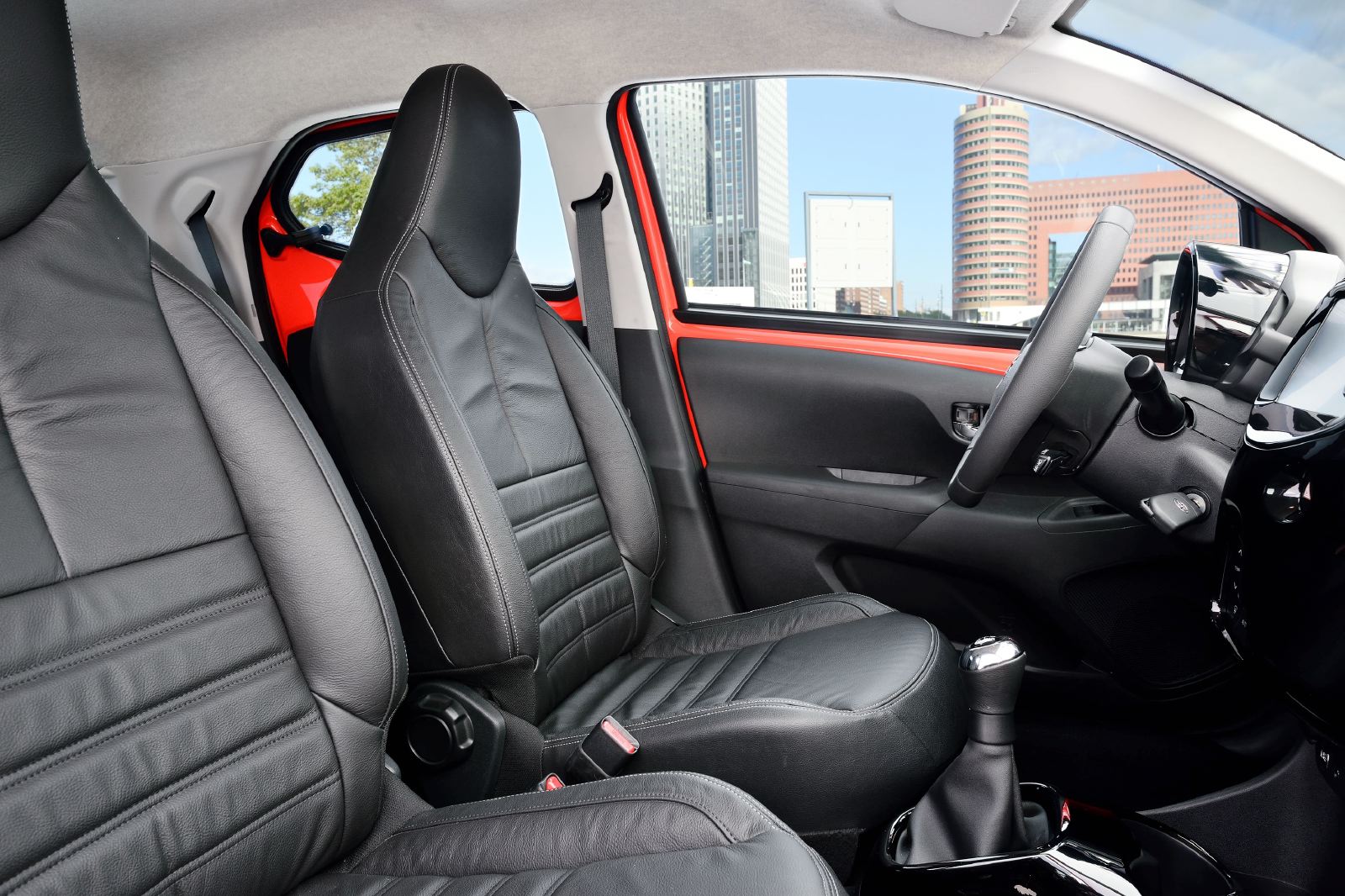 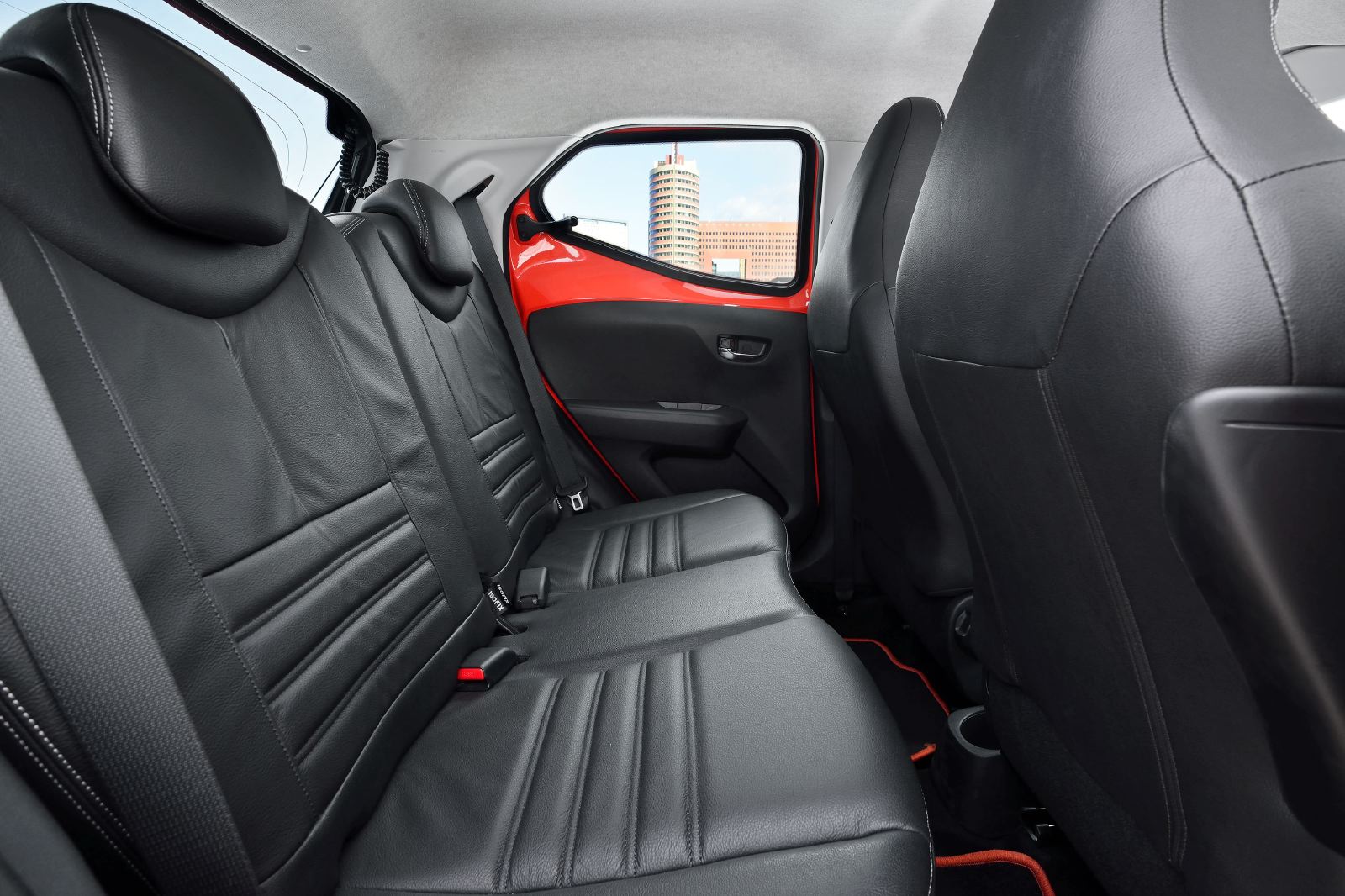 When the original Aygo launched in 2005, it shared the A-segment with nine rivals, including its sister cars, the Citroën C1 and Peugeot 107. In 2014, there are 20 small city cars on the European market, placing extra pressure on the Aygo's designers to ensure it offers something unique and competitive.

But while the design rethink needs to move the car forward, pragmatism dictates that a truly successful reinvention will ensure the Aygo also remains integrated with Toyota's line-up; it's one of the top sellers in Toyota's European portfolio, and a proven driver of brand loyalty. 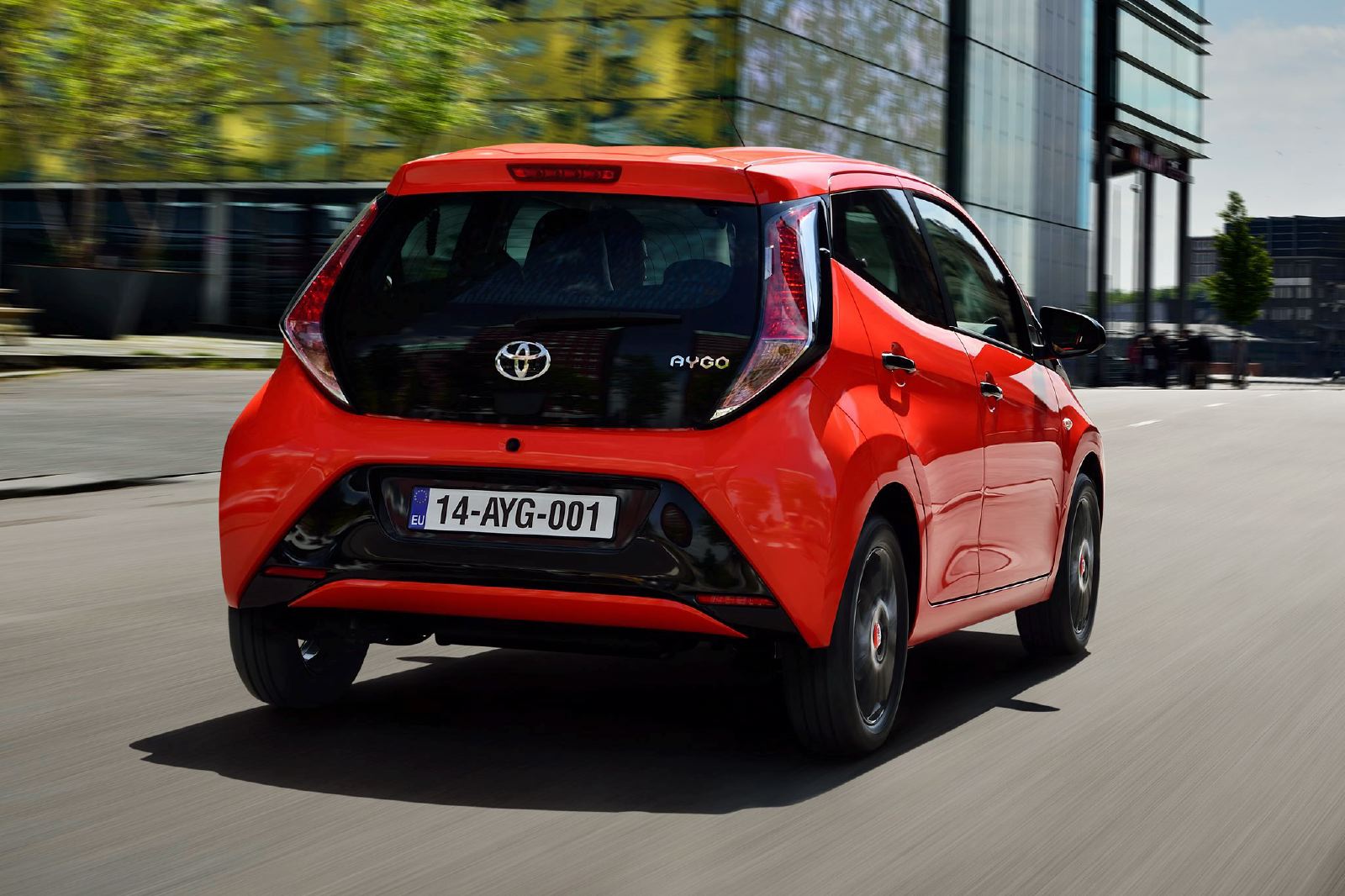 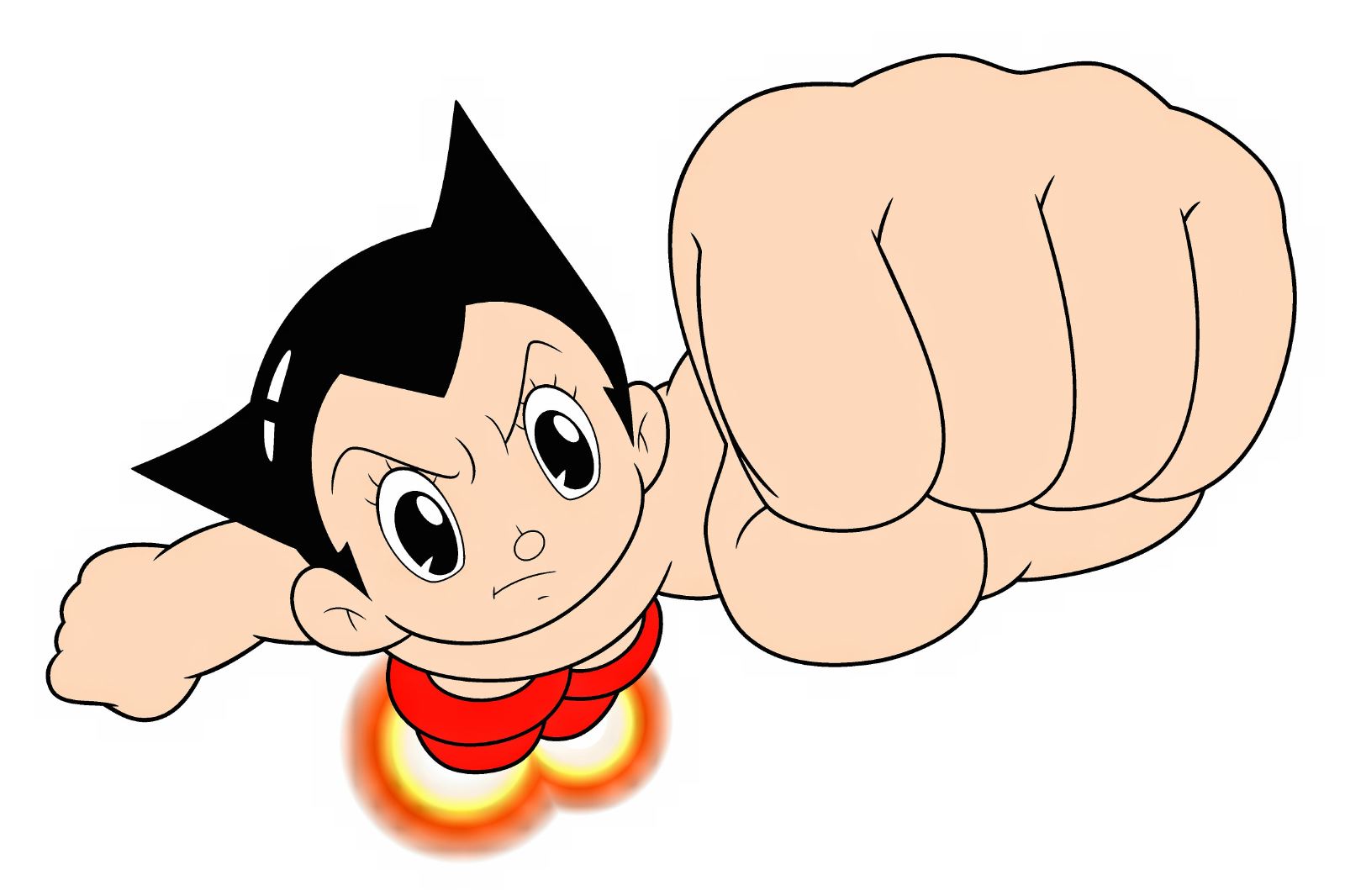 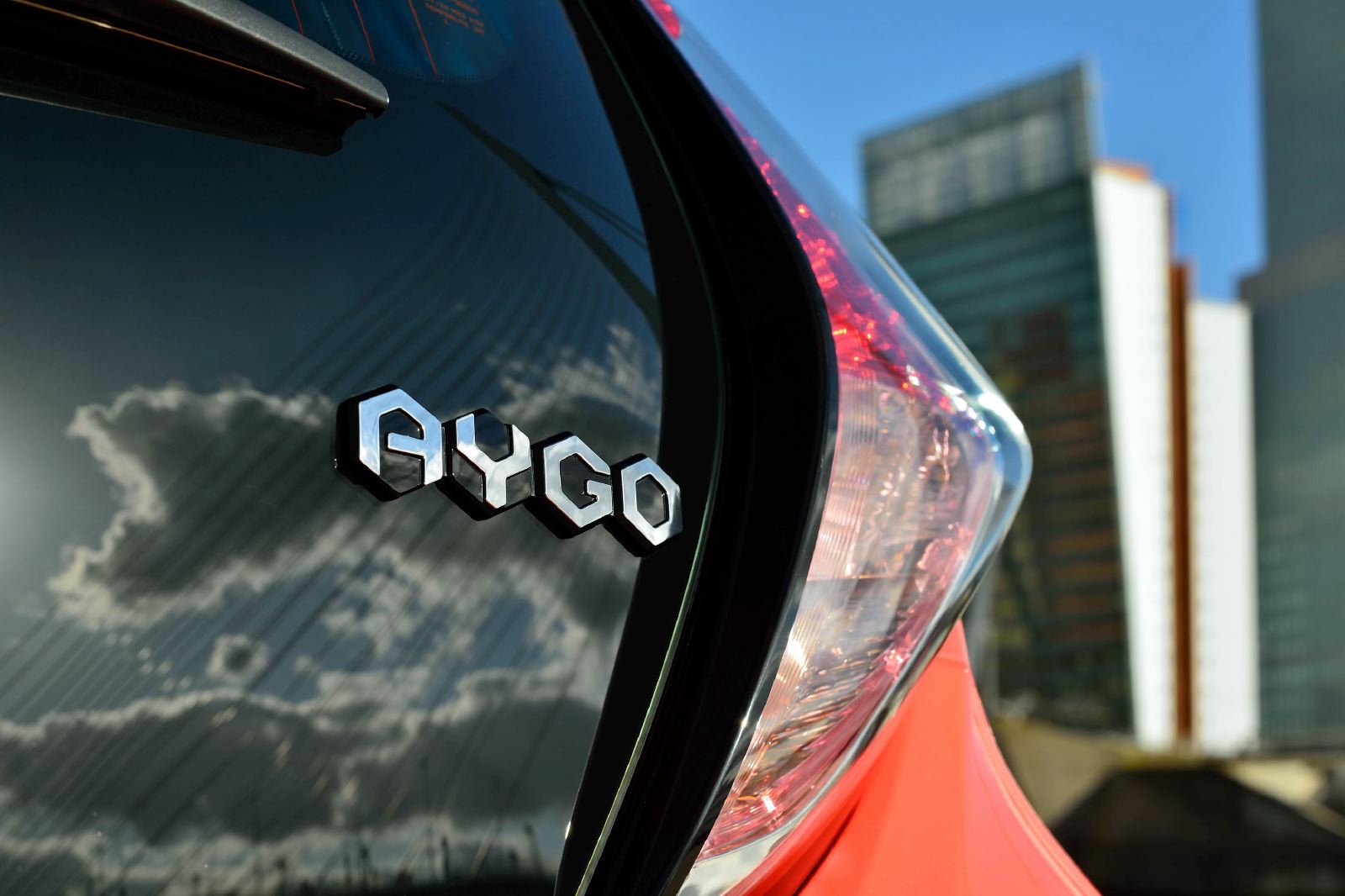 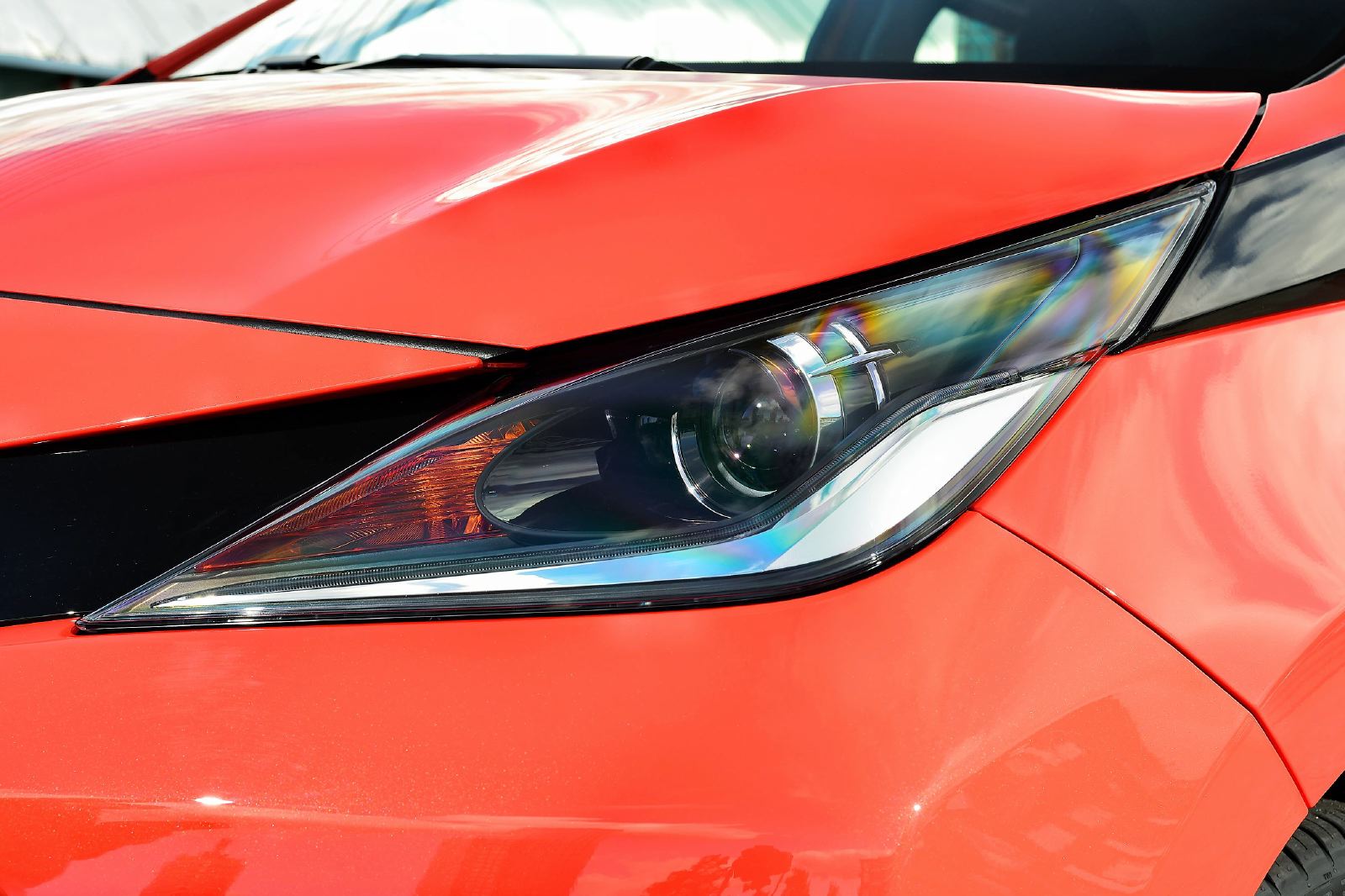 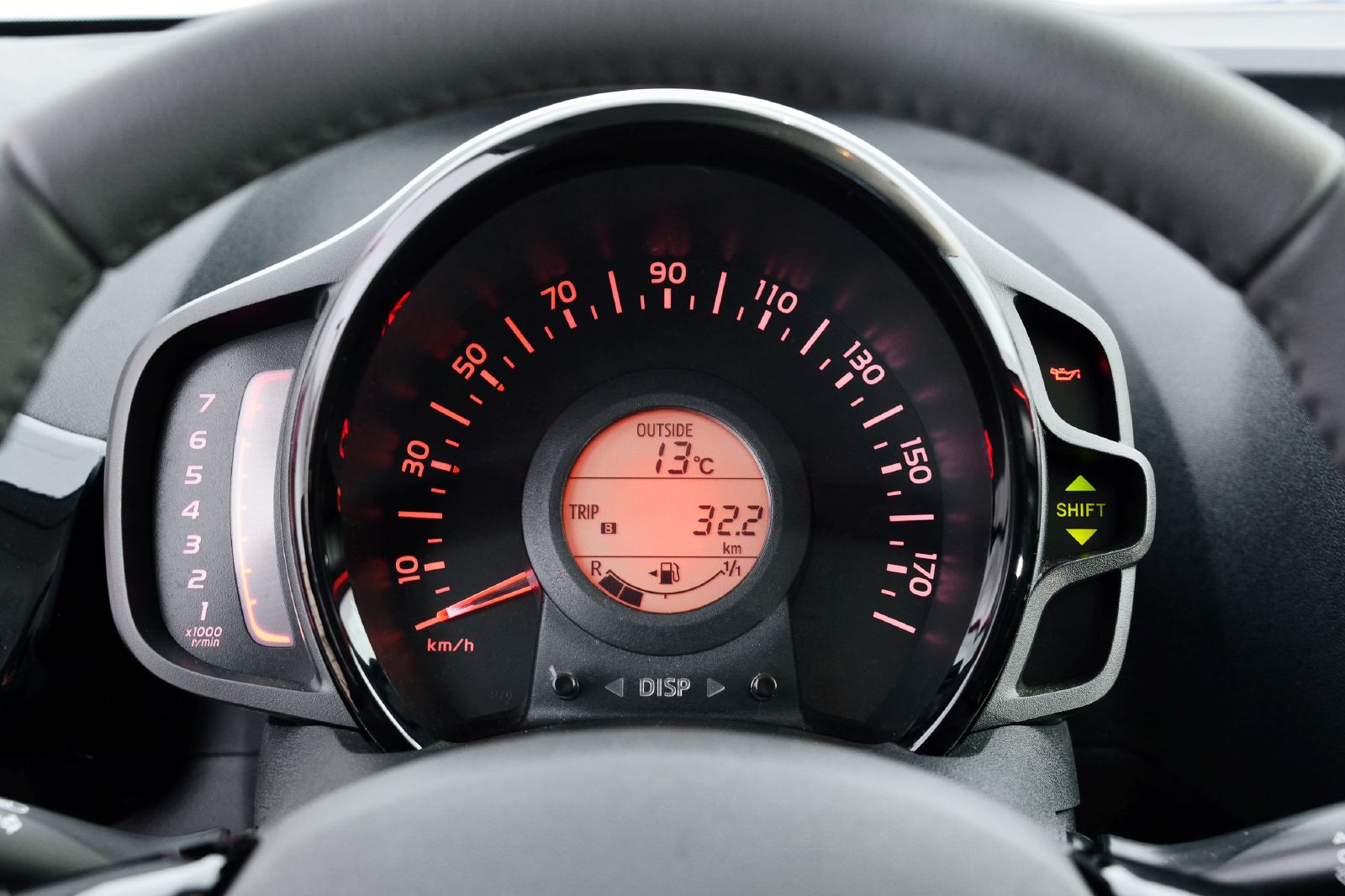 The Aygo's platform is largely carried over from the gen-one model, albeit with extra stiffness than before. So the main changes are down to design, and, to ensure greater differentiation between Toyota, Peugeot and Citroën models, the front doors are the only shared body panels.

Aygo chief engineer, David Terai, tells us that inspiration for the car's exterior was taken from Japanese manga, in particular the Astro Boy series from the 1950s and 60s. Despite the insistence that the new Aygo is aimed at the near-mythical young couple demographic, the group most likely to buy the car was born in Astro Boy's heyday.

When you first see the car, it's a bit of a stretch to see the manga influence, aside from the new badging. However, there is certainly something immediately cartoonish about the X-shaped graphic that dominates the nose and gives an easily identifiable DRG, even from across a crowded car park.

The frontal X has a visual effect similar to someone inflating a giant water balloon behind the front mask that's swelling up through the front of the car, threatening to burst. It's distinctive, but does give the face a slightly contorted look.

The Aygo's prominent wheelarches and more steeply rising beltline give it a sportier appearance than before. Watching other cars depart the launch location, the extra metal in the bodyside certainly has the effect of lowering the Aygo's mass when compared to its rather top-heavy predecessor. For a small car, and its buyers' perception of safety, the new design makes it appear more solid and planted than the previous model, particularly from the rear three-quarter.

Pull open the lightweight front door and you land in the car's surprisingly comfortable driver's seat. It features a large range of adjustment, giving plenty of scope for a wide range of sizes and shapes of driver.

The steering wheel doesn't have the same amount of adjustment, but the gauge pack moves with the wheel so it remains in the driver's line of sight.

The arrival of the new Aygo coincides with the unfortunate end of the iQ. But the latter car has informed the cabin design, as the lower section of the IP is pushed right back towards the firewall to increase space for legs. The door cards and headlining are thinned right down, too, squeezing out as much room for arms and heads as possible.

It works in the front, where the relative distance of your body from bits of trim bely the Aygo's size. In the rear, space is more constrained, right from the moment you open the rear door of the five-door car we tested, which doesn't swing out to a particularly wide angle.

Space for an adult doesn't get better once you've posted yourself through the small doorway, especially if you're attempting to sit behind a tall driver. The rear windows don't wind down, either.

Start the engine and it's clear that the control weights have been tuned for very easy use. The clutch pedal and the gearshift are so light that they almost don't feel mechanical. The steering tuning is a little odd, though. In an attempt to make the car feel more dynamic at higher speeds, the weighting builds up a too quickly and artificially at low speeds, just when you want to be able to twirl the wheel from lock to lock when negotiating a car park for example.