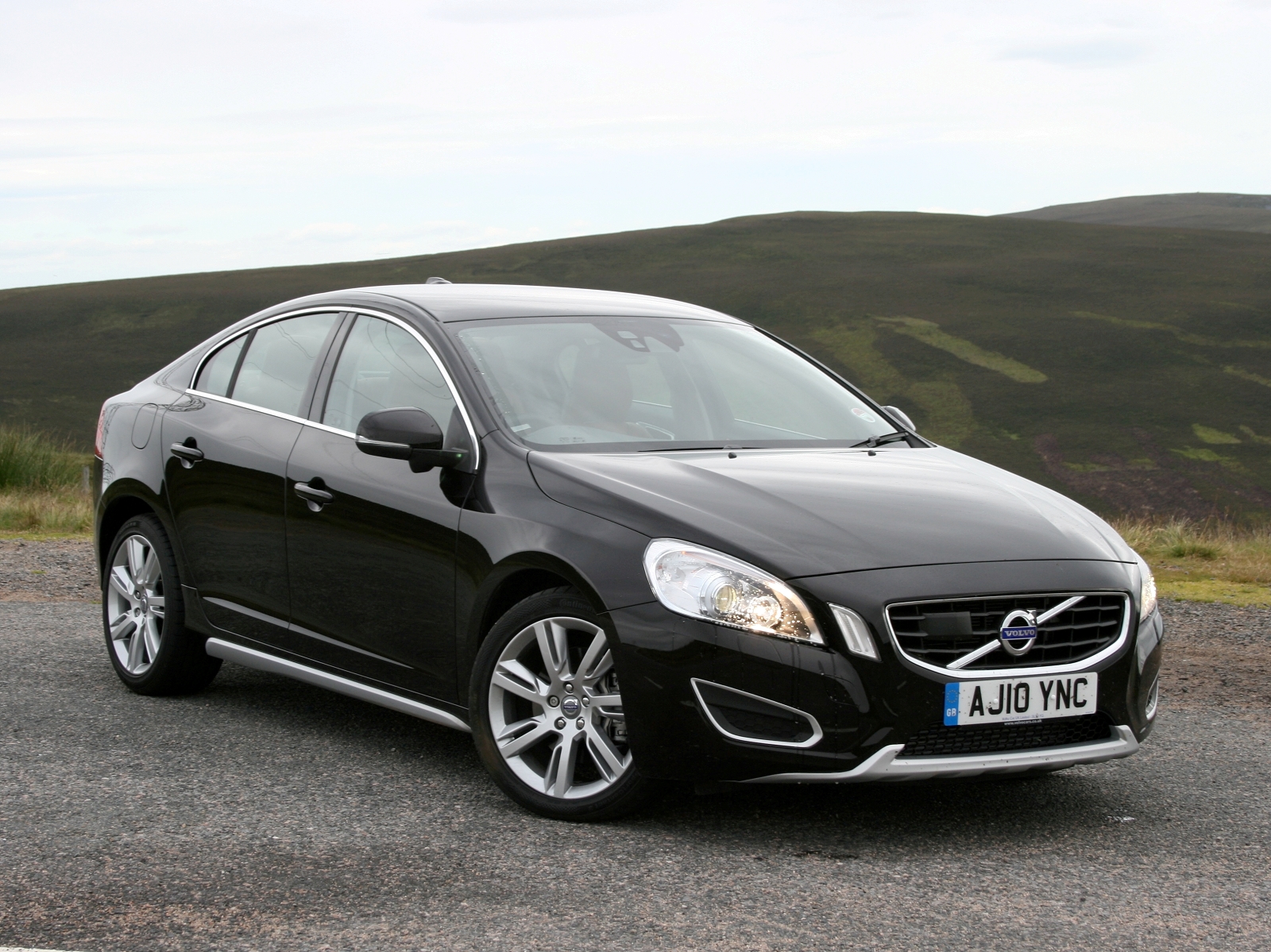 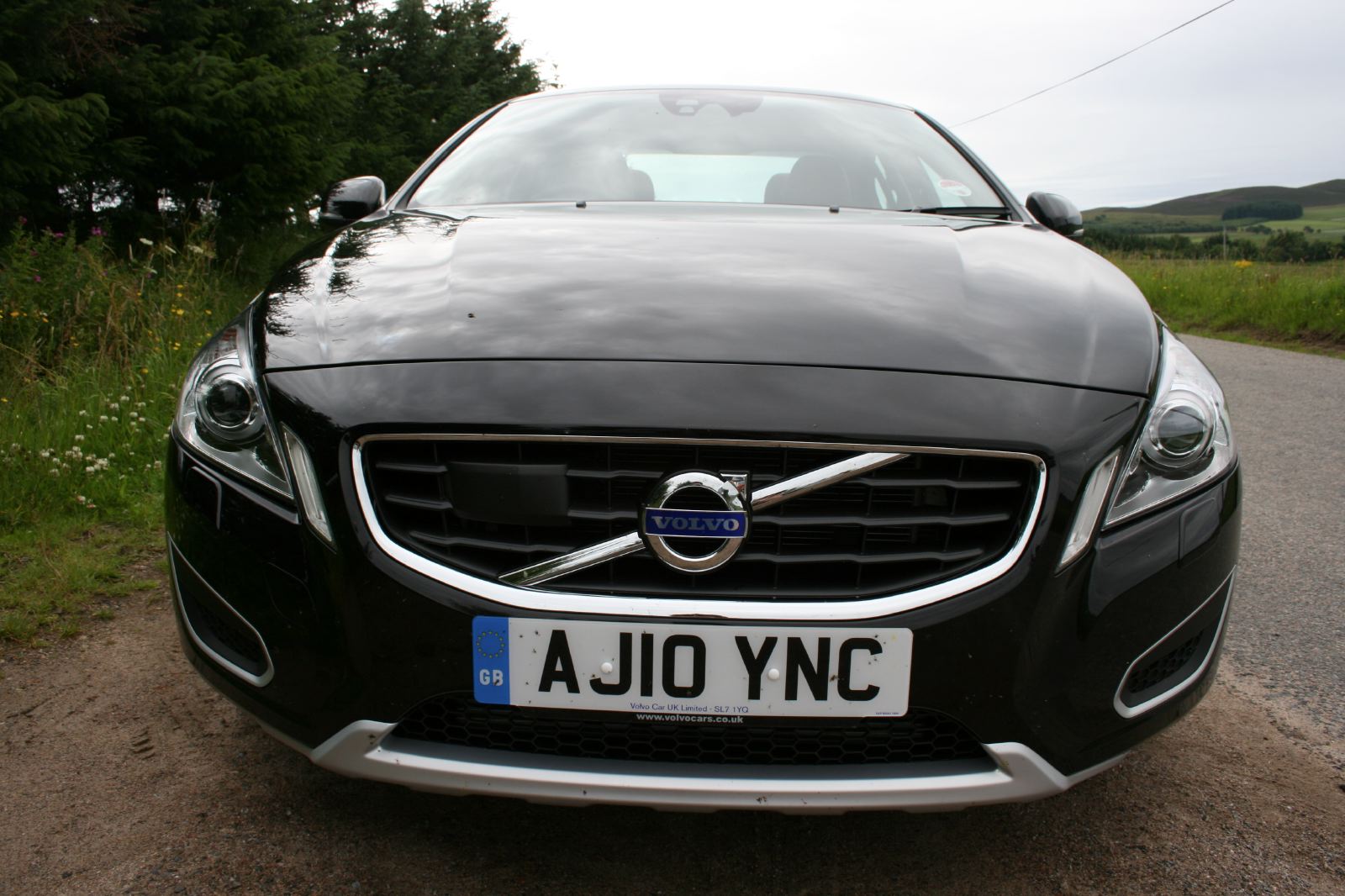 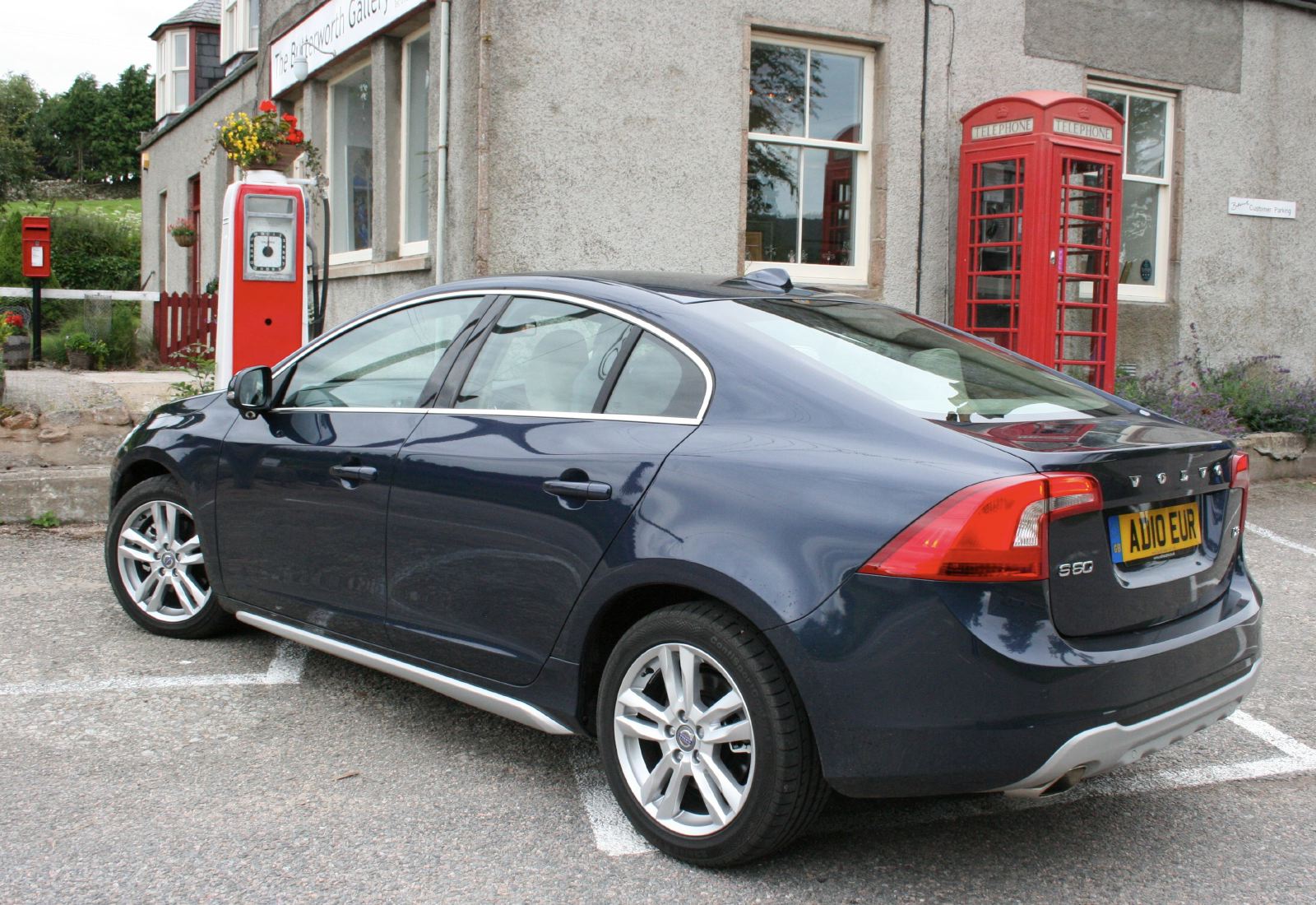 In certain colors, the S60 can look a little flat. 'Styling pack' which consists of contrast diffuser and rocker cladding look cheap 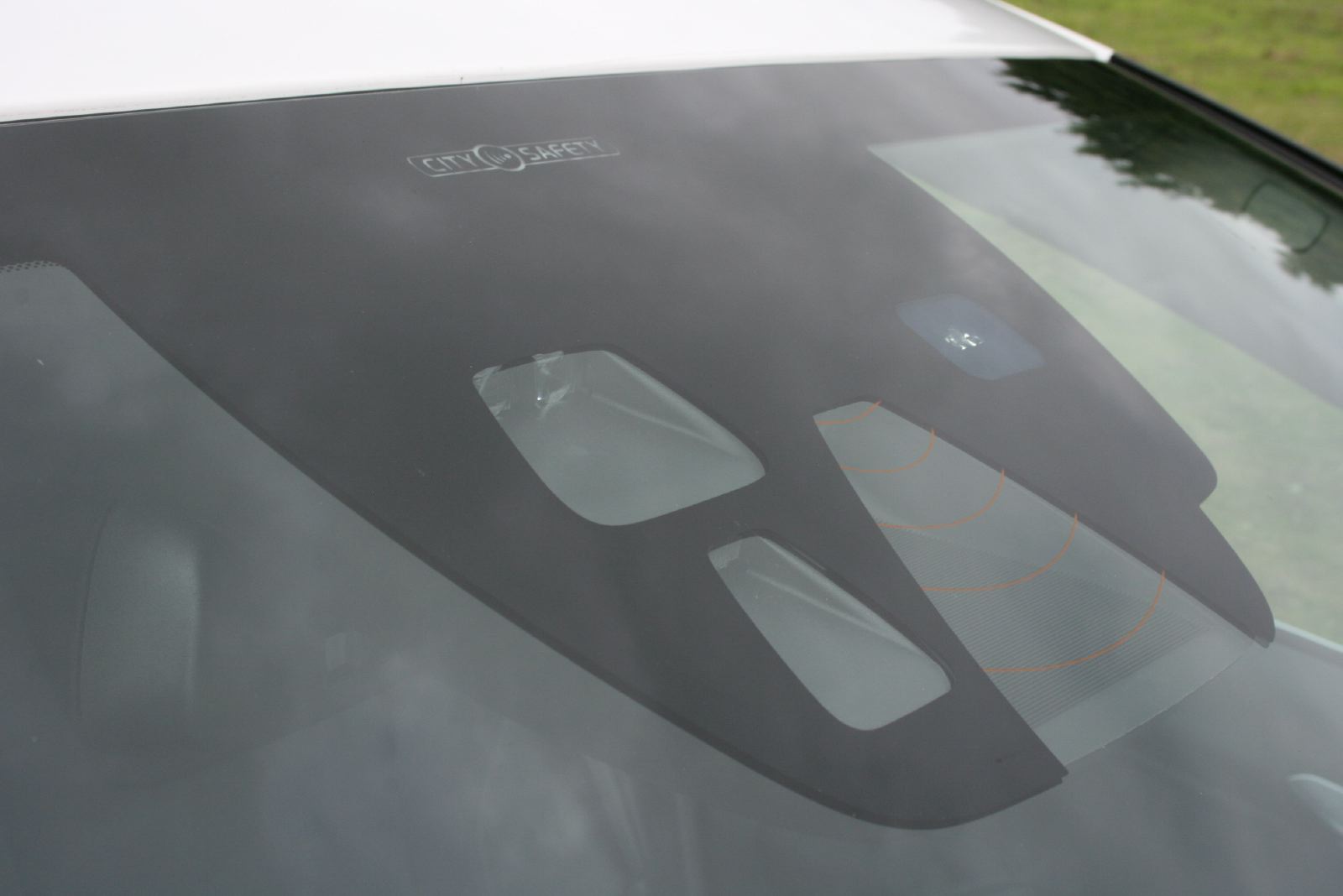 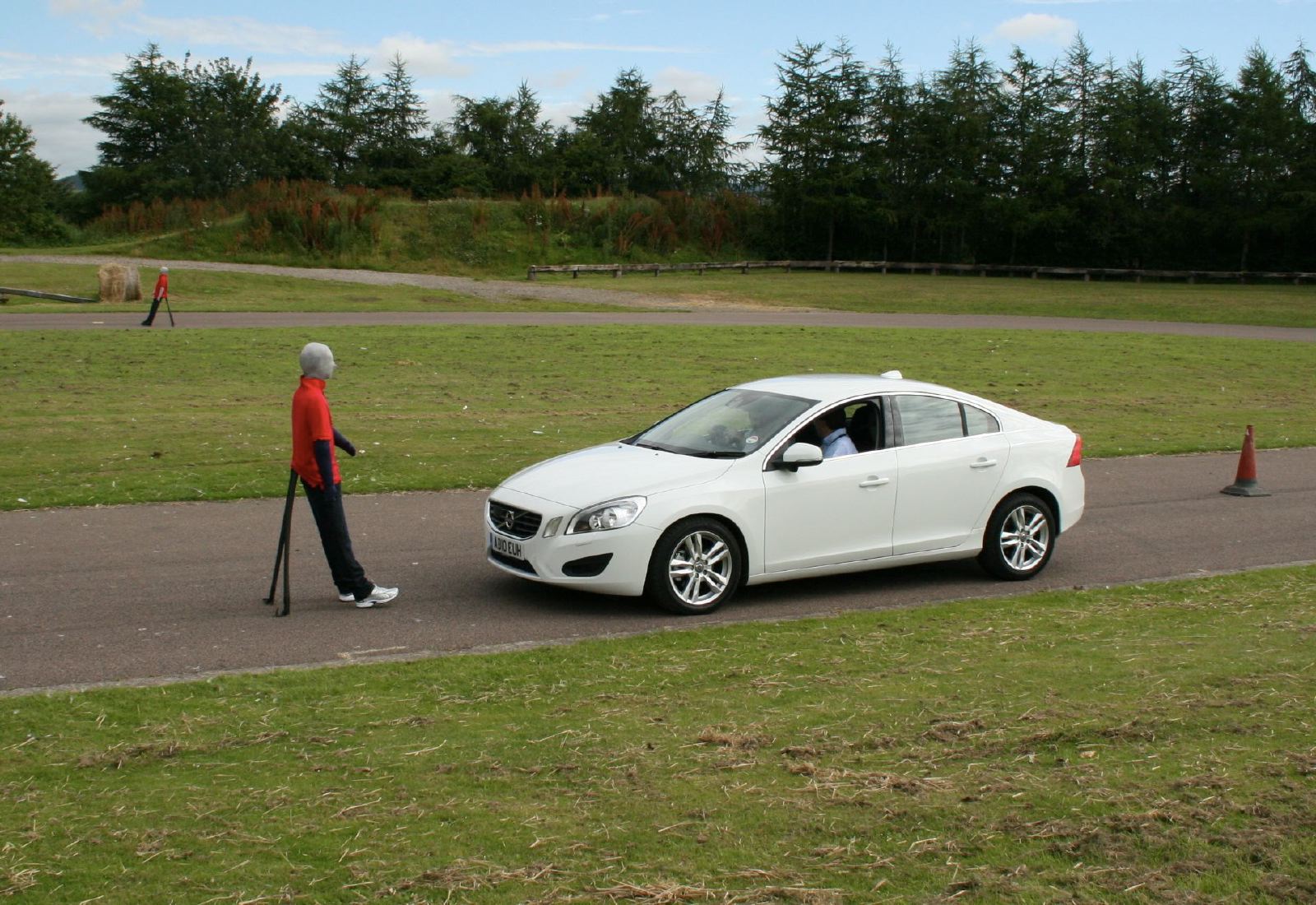 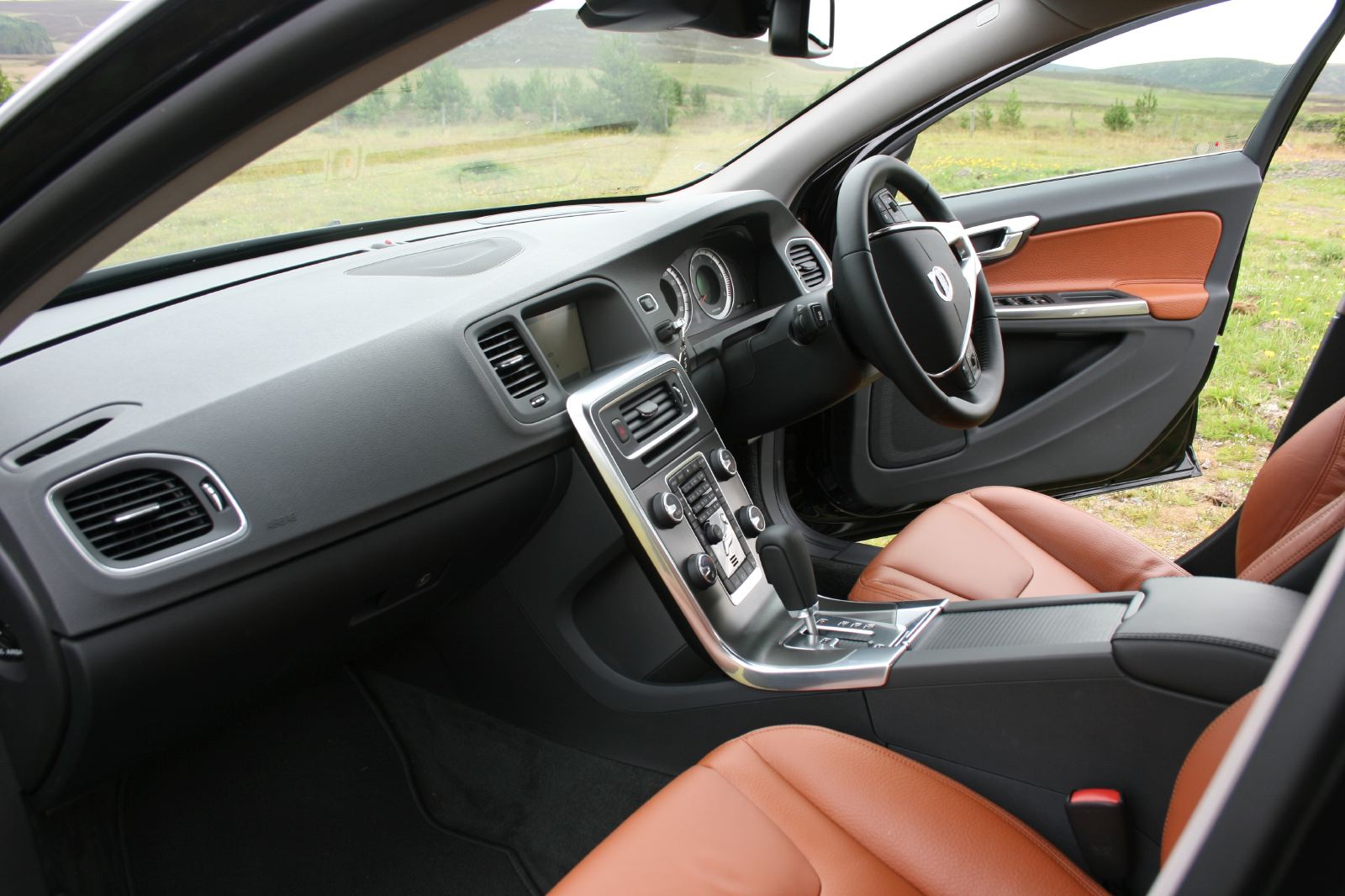 'Shimmer graphite aluminium' finish on the center console was inspired by a saucepan one of the design team picked up in Chicago. Feels and looks very high quality. 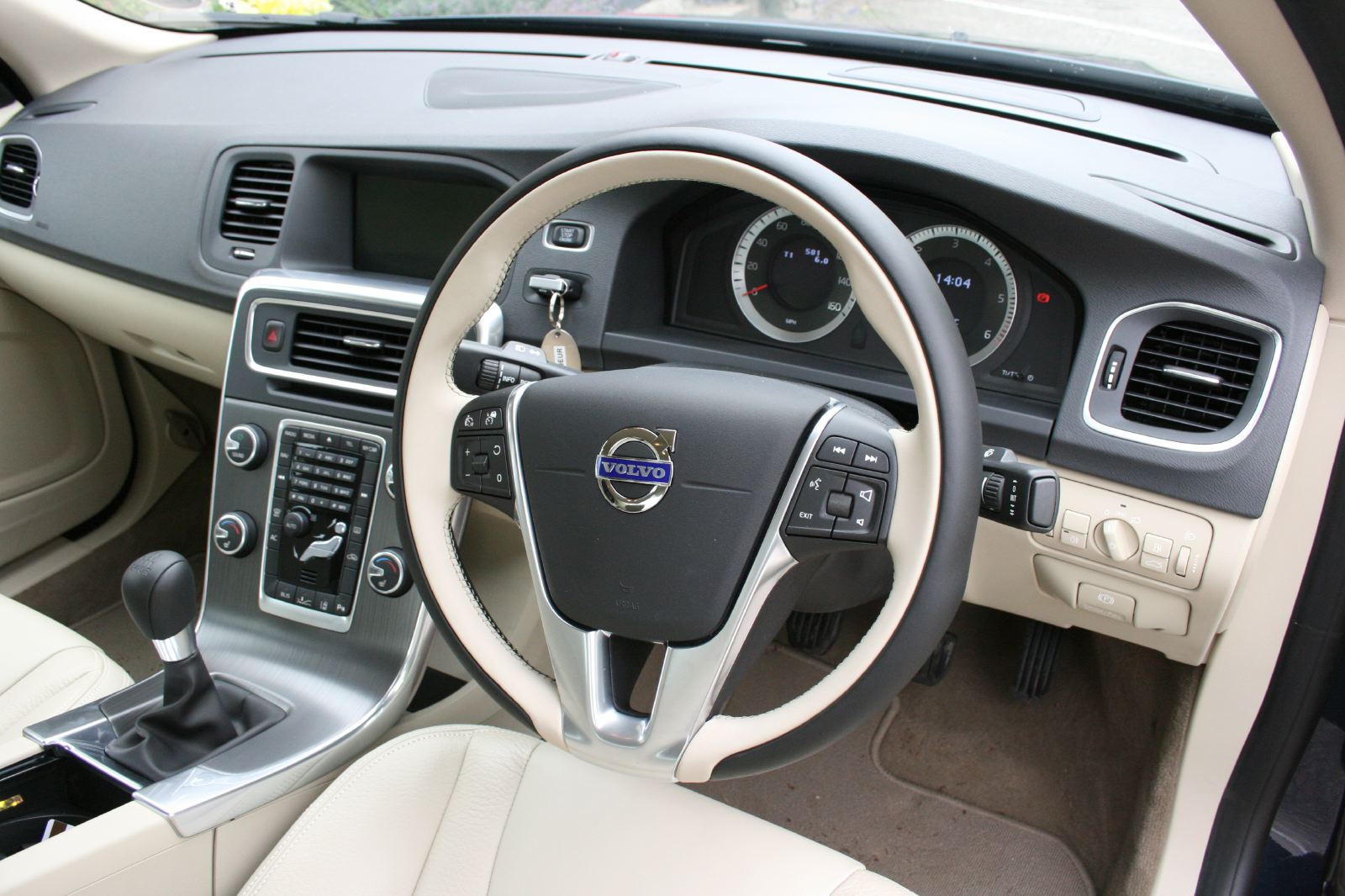 Shape, depth and material choice in the interior create an appealing environment 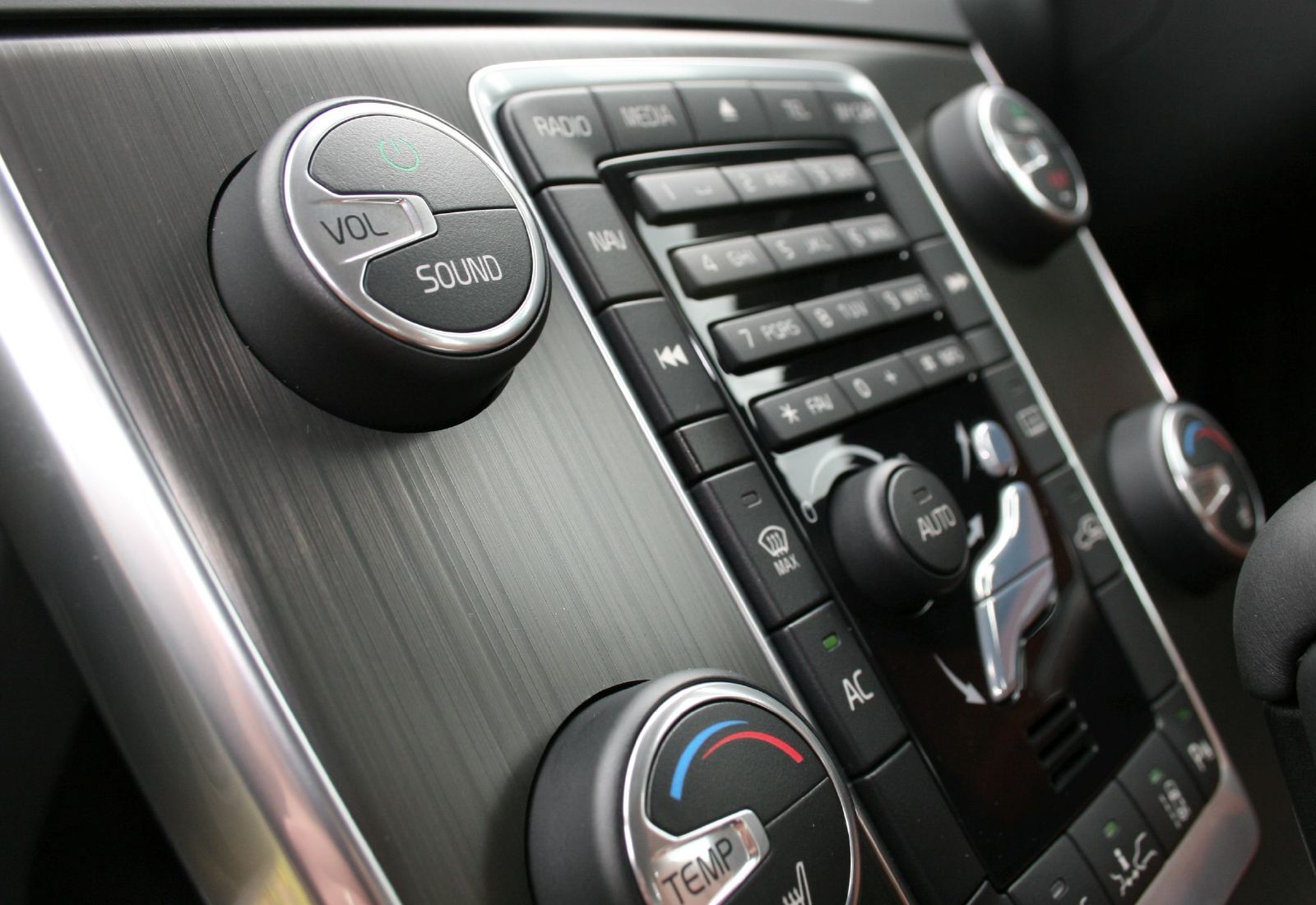 Controls on Volvo's trademark floating centre console panel are becoming less intuitive; it can be hard to find the correct function or button at a glance 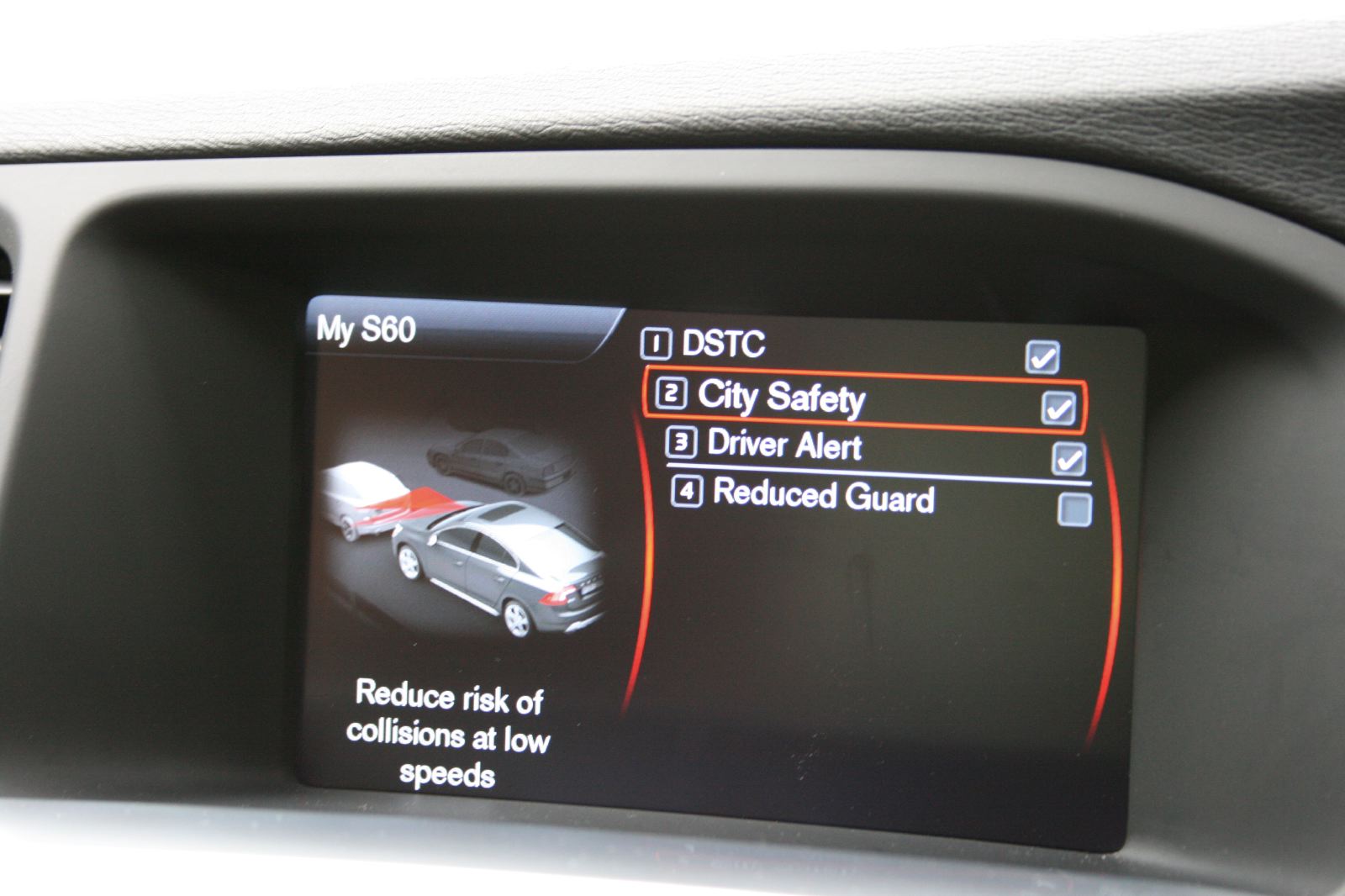 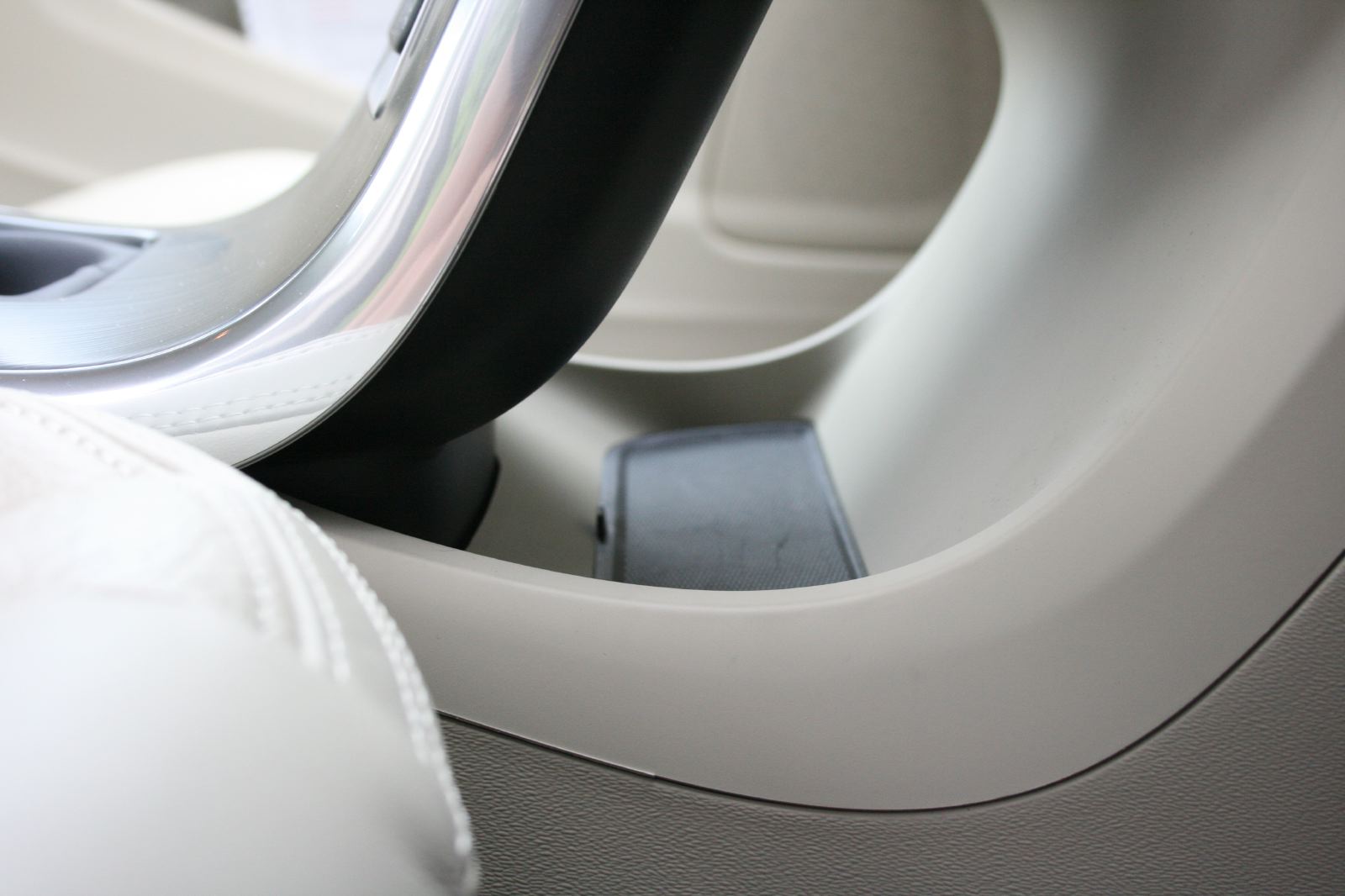 Volvo has long been synonymous with safety. Yet safety has become mainstream; an attribute all brands own. The S60 therefore sets out to re-establish Volvo as a true safety leader, while defining a new direction for the brand. In order to satisfy our curiosity, we decided to test the Swedish brand's latest model in the real world.

The production car first City Safety and Pedestrian Detection systems mean that in urban environments the S60 will do its utmost to stop you having an accident - preventing S60 drivers rear-ending the car in front, or mowing down errant pedestrians. The integration of these systems into the car is generally well thought through, but we can't help reaching the conclusion that if widespread adoption of these safety and comfort aids is desired, the industry must seriously consider the role it plays in educating consumers as to what they are, what they do and how they work - which at present is a problem, as they differ wildly from car to car. Ultimately how such systems are controlled and displayed in the car interior is a design problem - an issue we will explore in a future article. 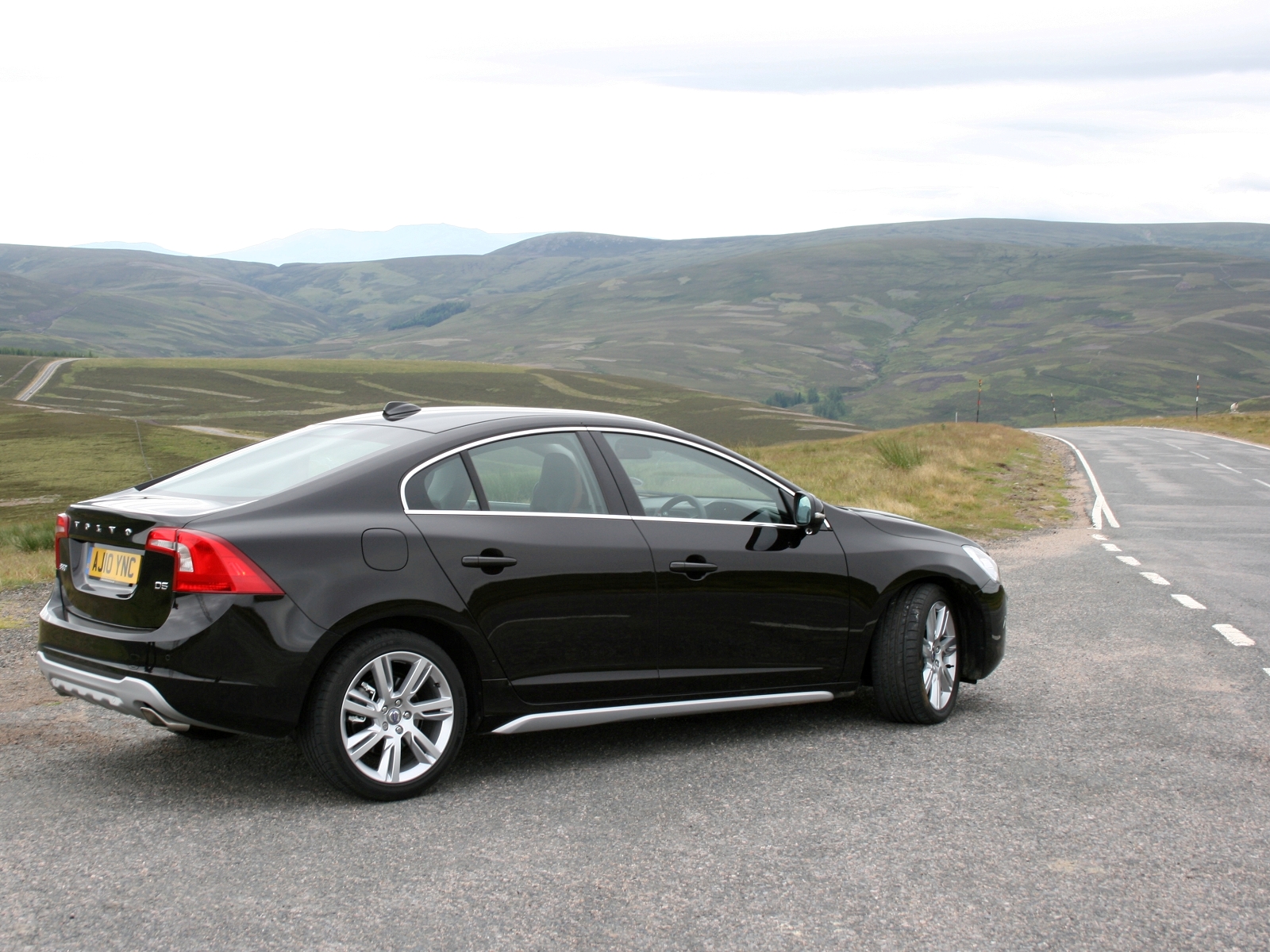 (Above and below) S60 ushers in a new design look for Volvo - with a much more four door coupe feel, partly created by the flowing roofline, partly by the chopped-off rear deck 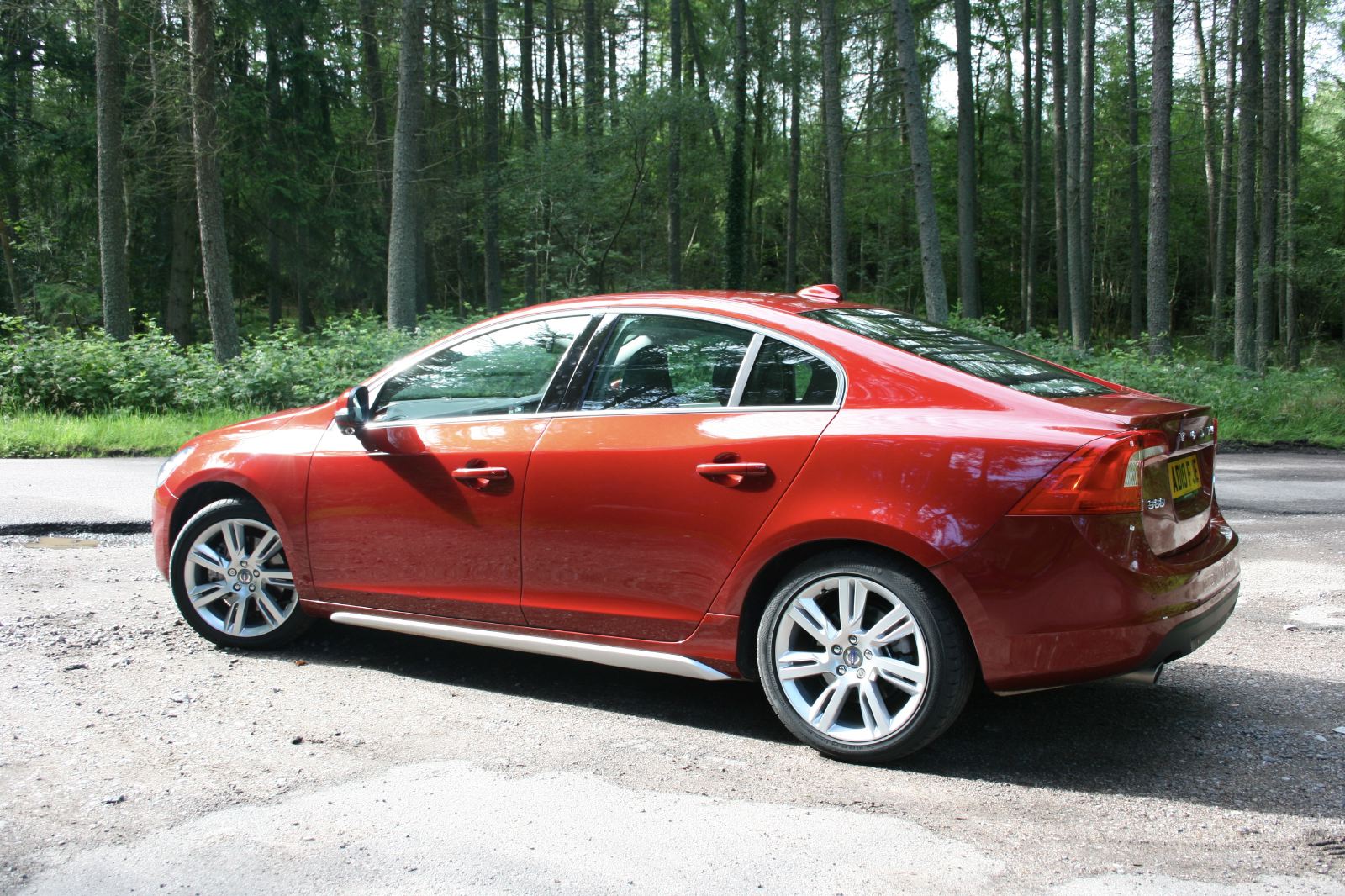 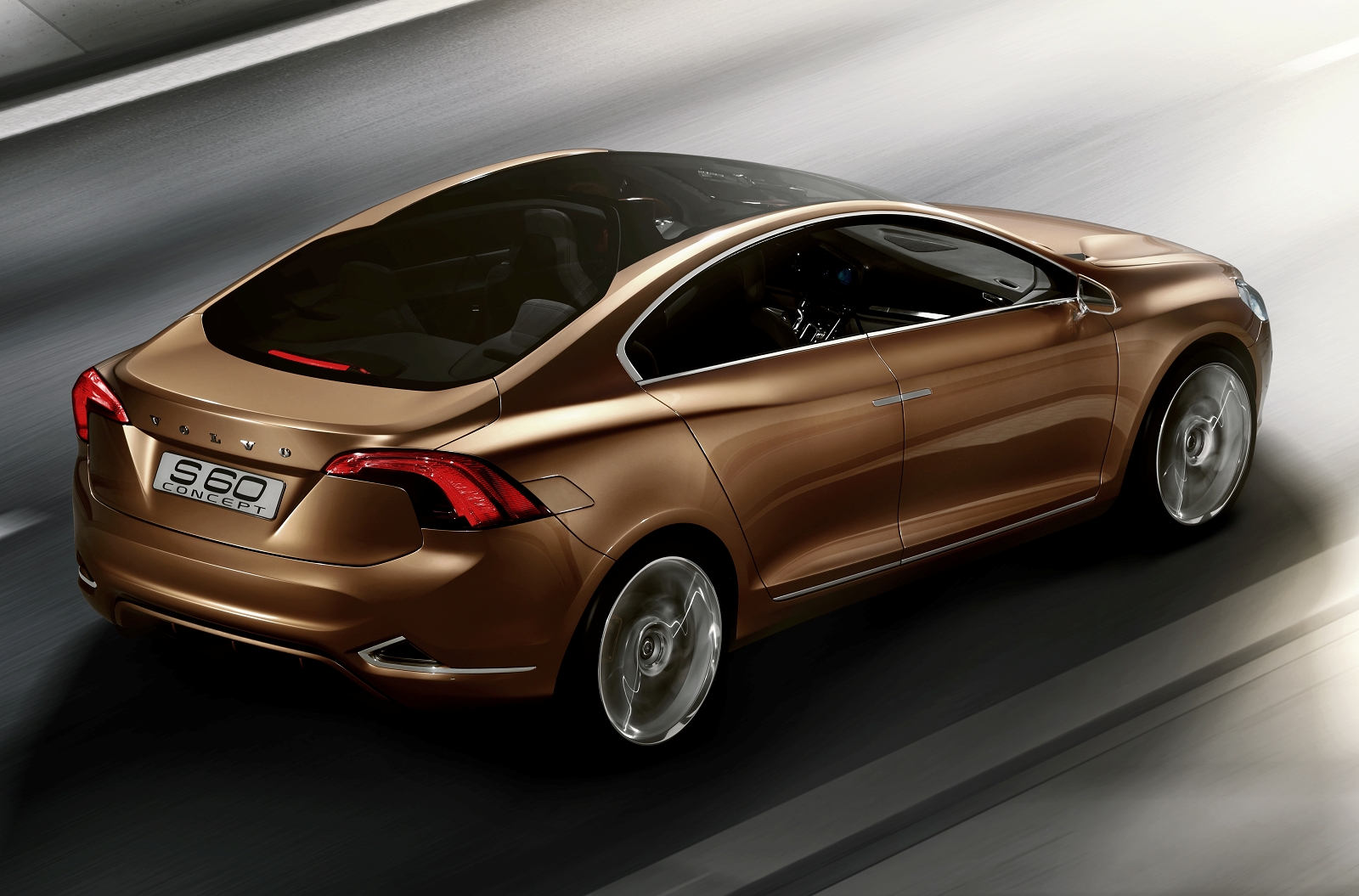 Volvo S60 concept shown in Detroit previewed the production car look, but overall the design had much more tension and drama which has been lost 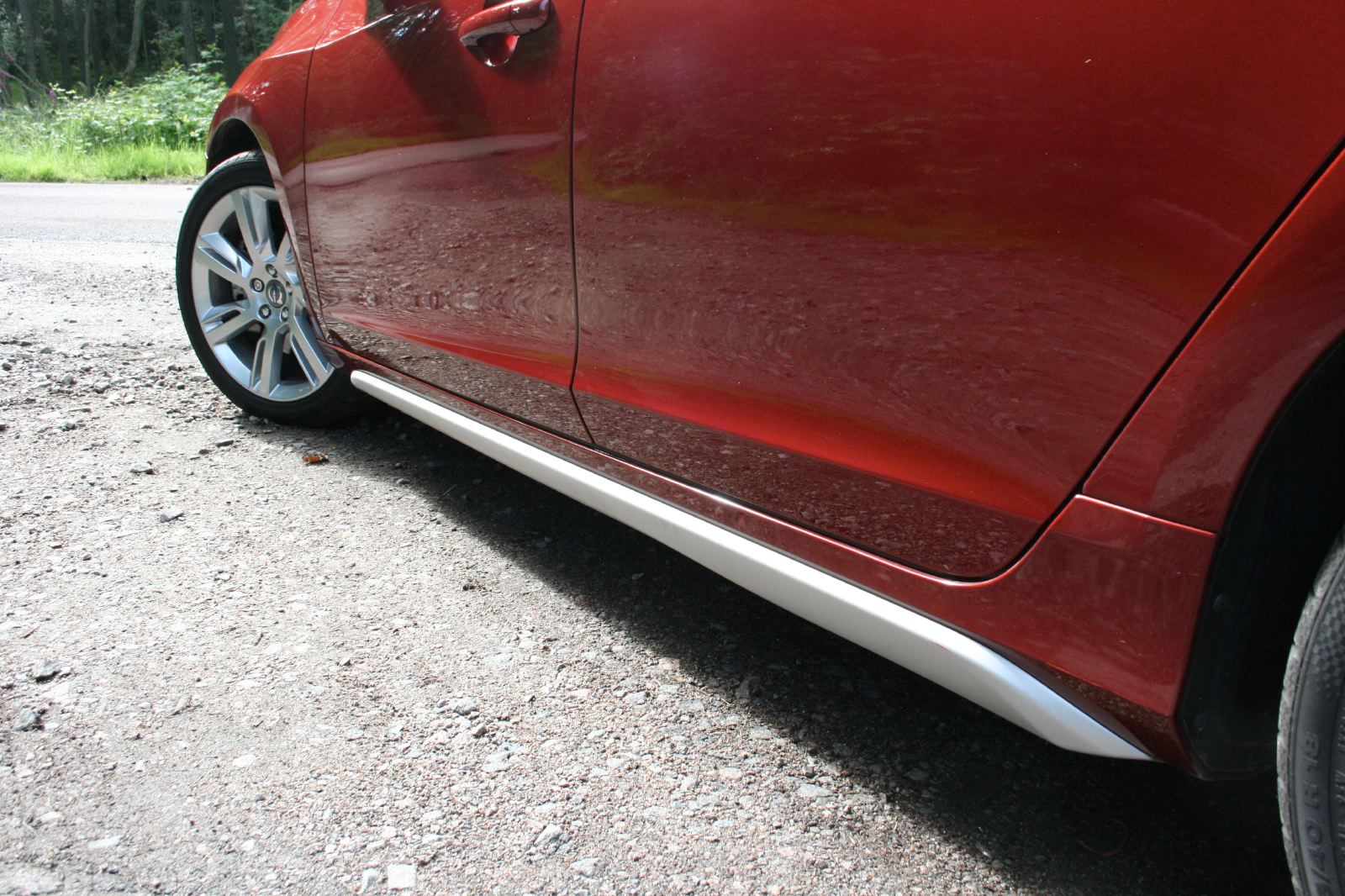 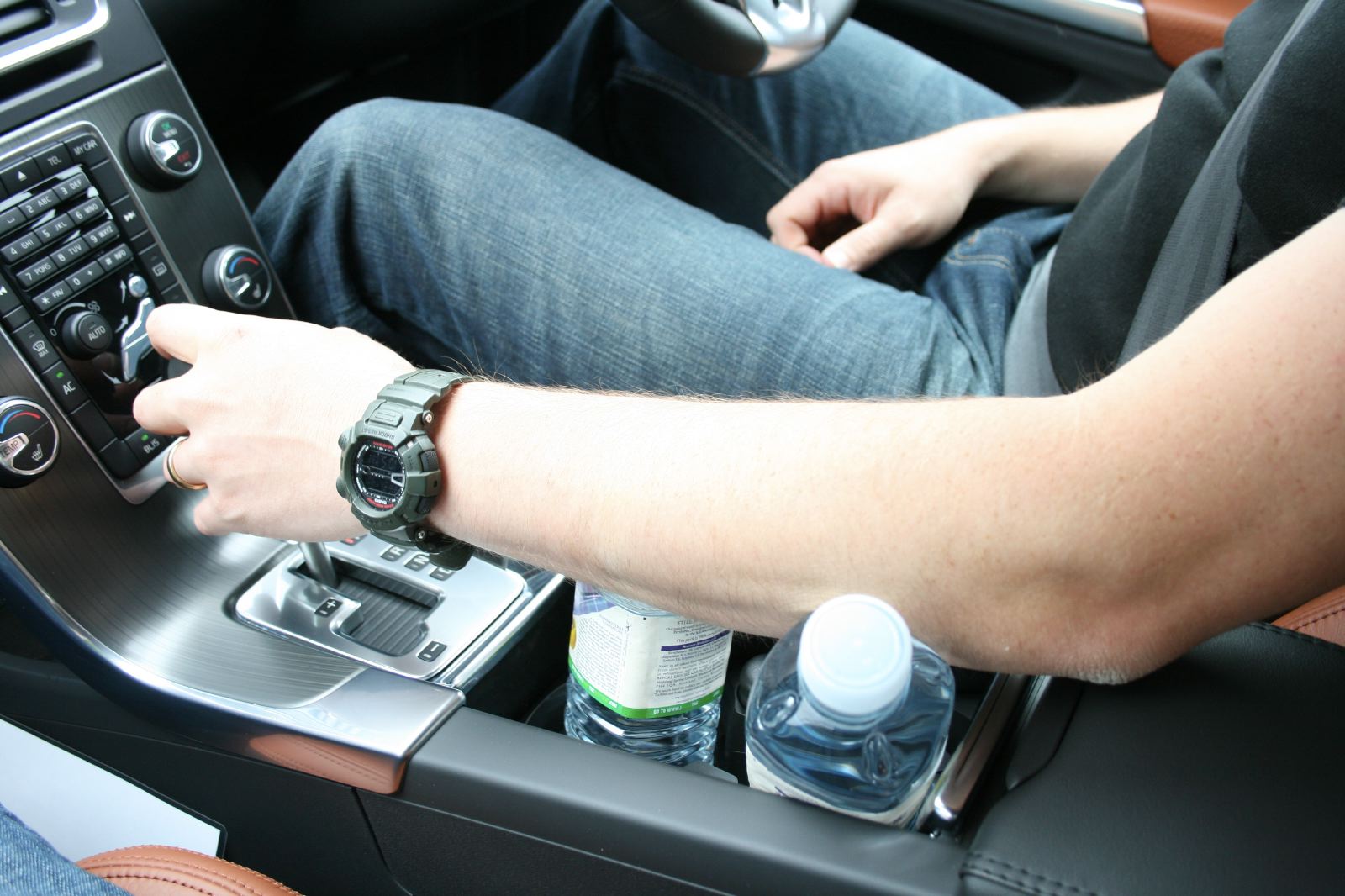 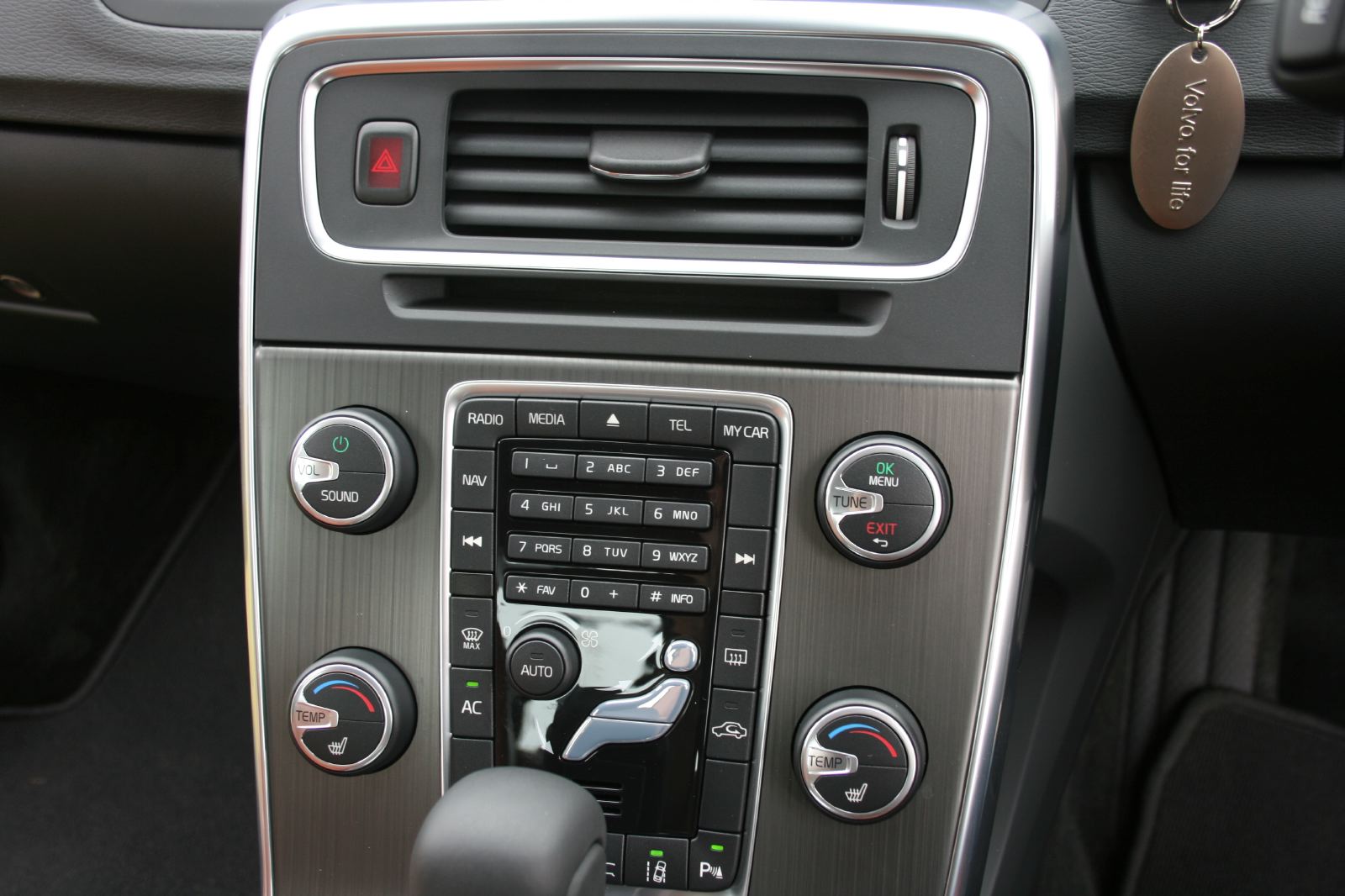 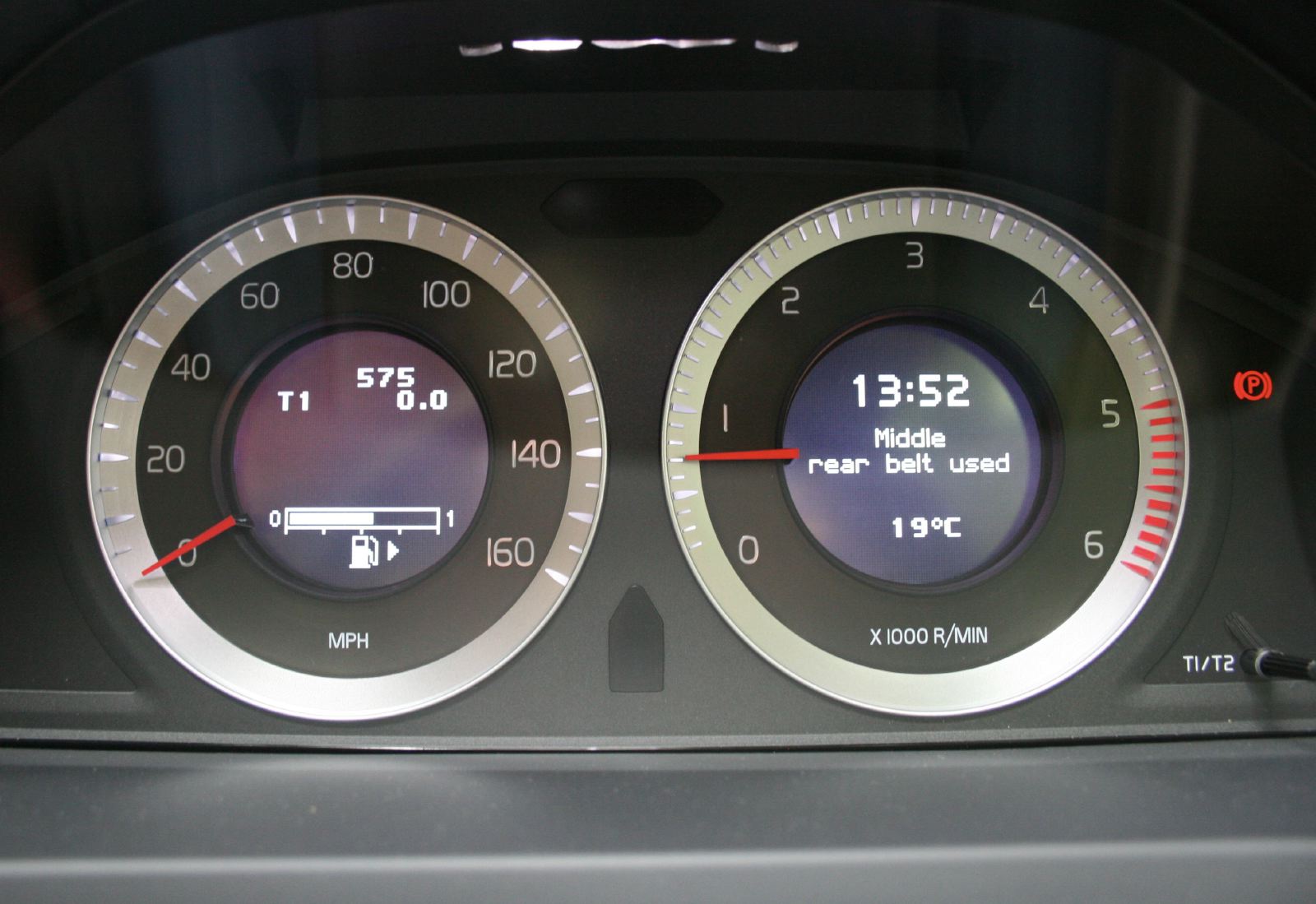 Clarity of dials is very good 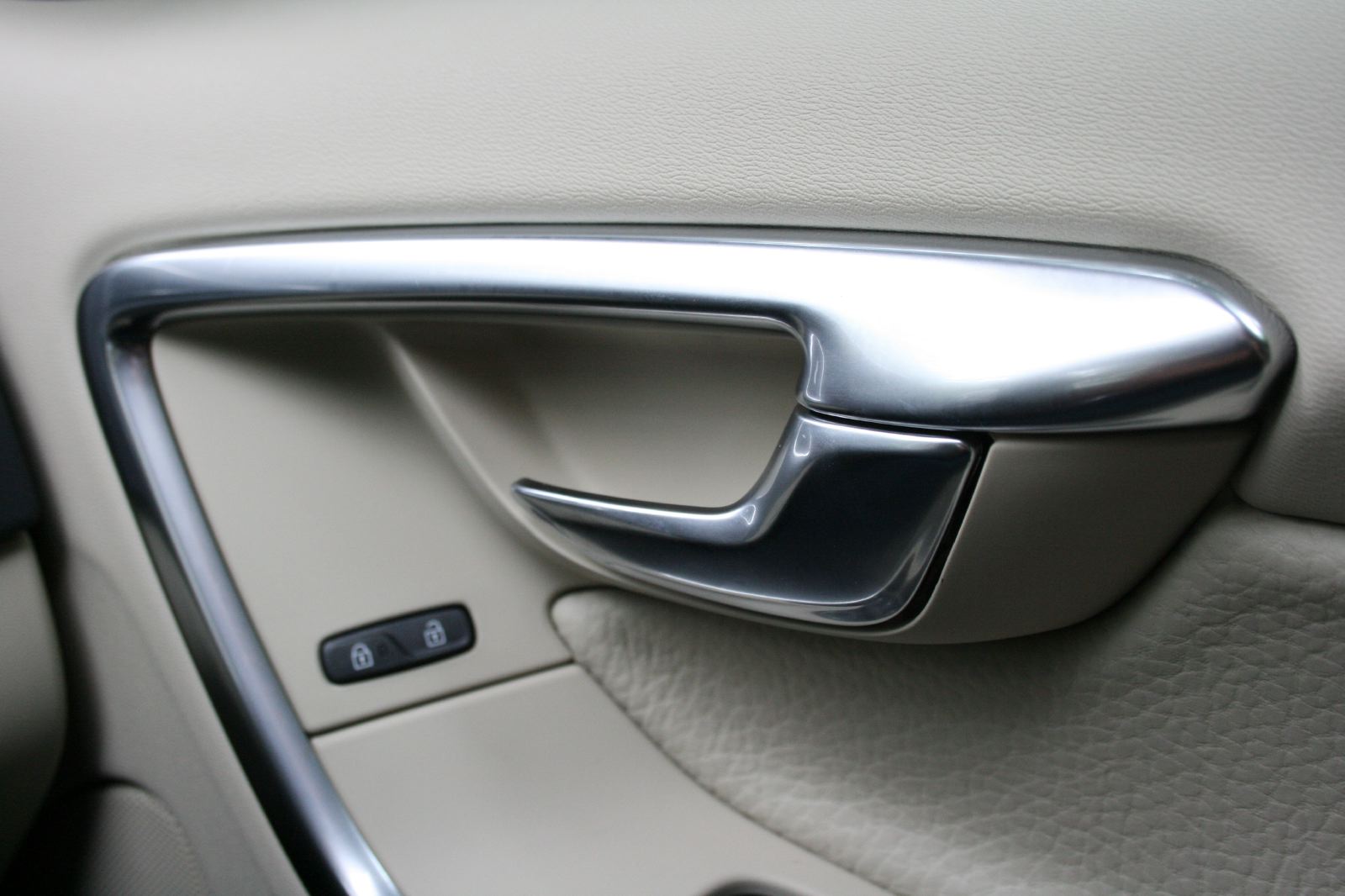 The car itself marks a significant departure in the company's design language, ushering in a more sports-orientated sedan typology - a four-door coupe in profile which steps away from several Volvo design signatures such as the positive shoulder and oblong grille flanked by recessed rectangular headlamps.

Seen on the road we still feel the pronounced new DRG and nose treatment creates a sense of imbalance in the overall look of the car. The long front overhang, surface sculpture, lamps and aperture positioning lends the front of the car a slightly demure look, as if it's melted in the sun. The other major new design feature, the shoulder (similar in some regards to the Audi A5's treatment), is extremely color sensitive. Overall, it creates a lack of surface tension, working best in black, which disguises it and gives the exterior a tauter, more muscular look. The optional exterior styling kit - which consists of the contrast color rear diffuser, front valence and lower rocker cladding - also demarcates the S60 as a less than premium proposition. This is the sort of thing you would never see on an Audi; it looks cheap.

Inside, the high quality materials and distinctive shapes of the IP create an attractive environment. Yet we were surprised to find that some of Volvo's traditional ergonomic imperiousness has been compromised in the name of aesthetics. The floating center console continues to be an appealing novelty (particularly when finished in shimmer graphite aluminum) yet robs the interior of storage space and forces the gear shifter position rearwards, which is too far back relative to the average height driver's seat position. This causes an uncomfortable, unnatural elbow bend in order to slot second and fourth gear. The cupholders behind it are problematic too. With the center console set high and holders themselves shallow, when a bottle of water or cup of coffee are placed into them, it becomes impossible to change gear or rest your elbow. The lack of a clutch footrest in these right hand drive models is a further serious omission that may put off high-mileage users who will make up many of this car's buyers.

We highlight these issues not to nit-pick, but because as a whole, the car is impressively well-rounded and they spoil an otherwise attractive proposition. Furthermore, Volvo believes it has an image problem, with the company suggesting the average consumer still views the brand as maker of boxy, safe estate cars such as the 240 and 740. To highlight how the brand has changed, journalists drove these cars prior to the S60. The difference was unsurprisingly acute, highlighting just how much something like braking performance has improved in modern cars; yet it also highlighted just how ergonomically flawless Volvos have been historically. It seems ironic and a missed opportunity that - at the very moment when more buyers than ever are questioning the aggressive, Teutonic qualities of certain premium marques and looking for attributes traditionally embodied by Swedish design - that Volvo has taken a step away from its historic roots.

To judge the S60 as representative of Volvo's future is therefore perhaps unfair, as none of the new team have influenced this car. In design terms we expect the S60 may represent something of a dead end; its direction one we expect the new team will reconsider in certain areas. Their job is enviable, because a slightly less confused and ultimately more Swedish design direction would really allow the intelligent, well thought nature of the car underneath to shine - and elevate the S60 to the position it deserves - as a genuine, distinctive alternative to the premium German opposition.