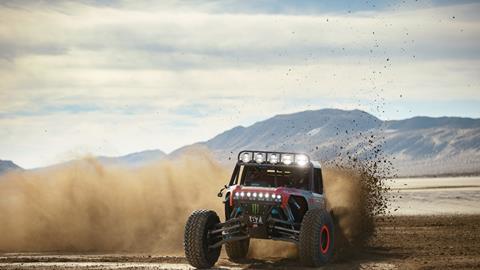 Three new vehicles built for the King of the Hammers race in the US telegraph iconic Bronco design cues.

Ford debuted three new specialty vehicles over the weekend in the King of the Hammers race, a grueling off-road competition about 150 miles northeast of Los Angeles in California’s high desert. The Bronco 440 series (named for the 440 Unlimited class in which it competes) features a custom-built tubular chassis, high-powered engine, and huge off-road tyres made to traverse some of the most difficult terrain in the world.

The collaboration between RTR Vehicles – the American skunk works known for modding Mustangs – and Ford gave designers a chance to apply Bronco-inspired elements to a prototype vehicle that otherwise shares very few similarities to a production car. RTR’s creative design director Lindsay Ross and Ford’s chief design director Paul Wraith worked together furiously over the winter holidays to bring the cars from sketch to reality in less than three months. 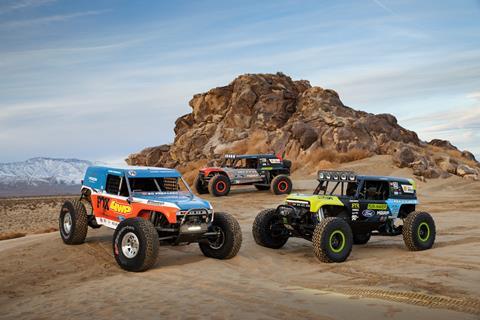 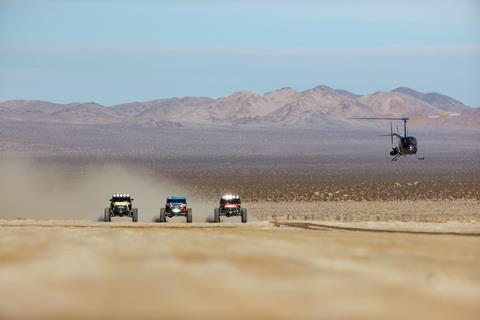 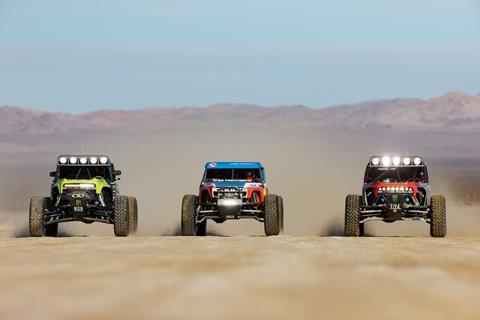 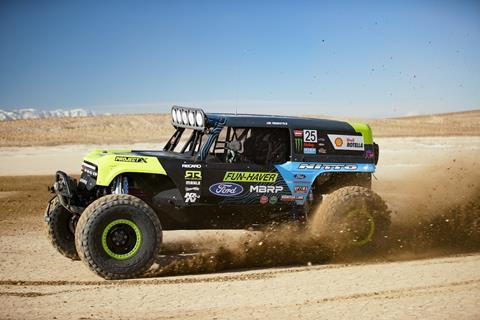 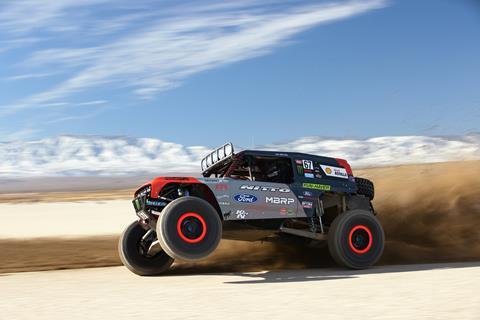 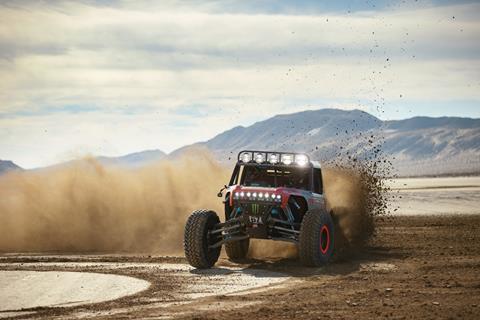 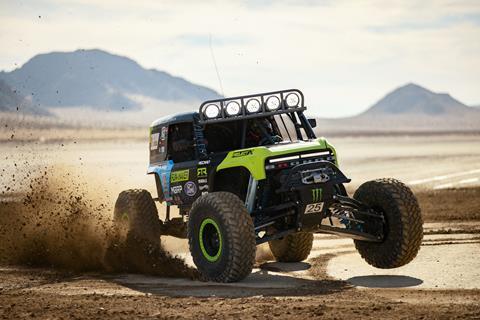 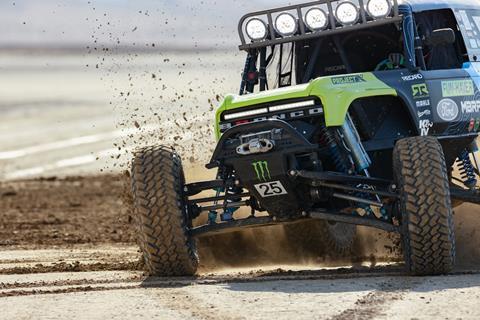 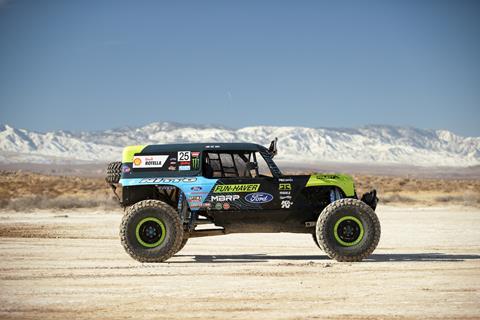 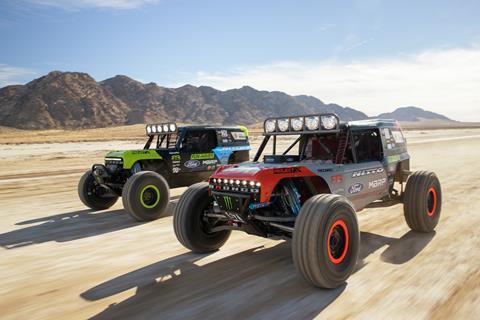 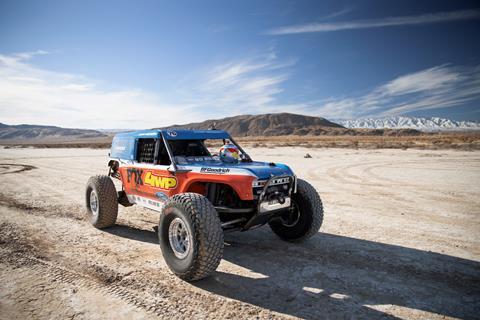 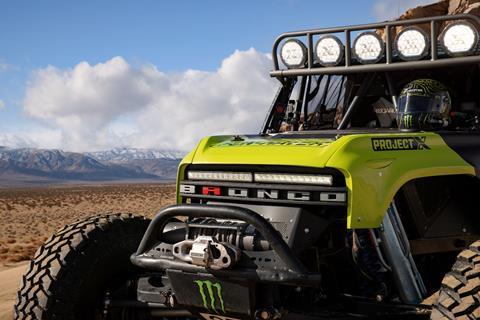 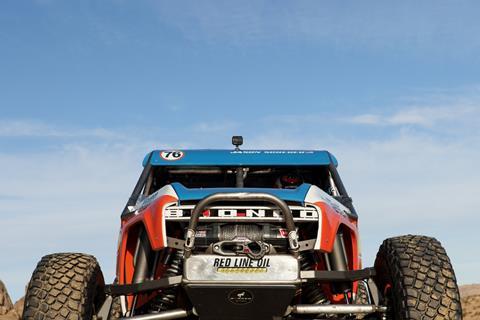 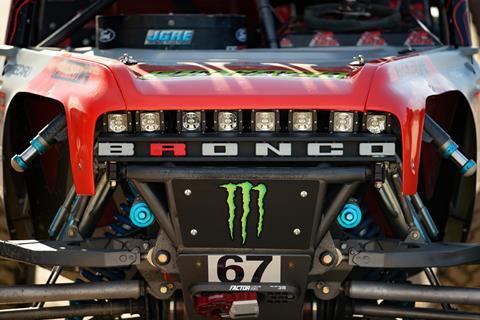 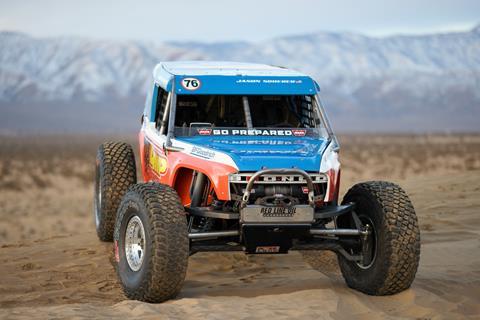 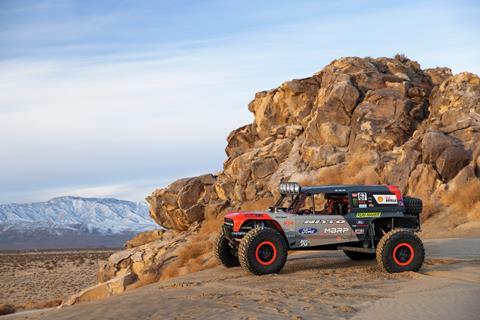 “We took the impetus to make choices on the chassis side of things that would reflect in the body design side of things,” says Ross. “It’s a benefit of having a designer in motorsports instead of stylising what you’re given.”

Wraith says they were inspired by the Brocky, another extreme off-roader built and raced by RTR founder Vaughan Gittin Jr. “Seeing that car at SEMA and other places, it made you feel like a grown-up standing next to the remote-control truck of your dreams, but in full-size form,” he notes. “But the Brocky was more about looking like the original Bronco, where the task here was to bring that story completely up to date and give it much more of an impression of the new Bronco.”

But transferring Bronco style to an insane dune buggy wasn’t merely a cut-and-paste job. Wraith explains that every production Bronco employs a broad single-piece grille with two round elements and a bar that runs through the middle bearing the Bronco name. But because of the off-road vehicle’s narrow nose, the designers nixed the round elements to maintain front grille’s aspect ratio and focused instead on enlarging the Bronco lettering. Ross adds that in order to get the vehicle’s profile right, he pushed for a two-box shape over a convertible style despite an extra 20 pounds of weight.

Ross and Wraith also had to adapt the design to accommodate the 4400’s ginormous tyres and long suspension travel. “The wheel opening is really more of a gesture than an opening,” Ross says. “We were going back and forth, bargaining like at a fish market on that area and we finally said, let’s push it literally to the tubes and we can create a negative element and then return to the production section on the door.” The same minimalist approach can be seen below the doors, where a traditional rocker panel would typically be. “That’s an area where you usually have quite a bit of freedom, especially on a race vehicle, and in this vehicle there’s literally like nothing,” Ross explains. “So it was about whittling down the design.”

Wraith describes the interior as spartan and fully functional. “Although, we did pain ourselves to bring the IP from the production vehicles, roughly, which is a first. It was a challenge to incorporate with essentially a jungle gym of bars with tubes going everywhere,” he says. Wraith stresses that there’s no touch screen or any digital controls. “Any of those systems have to be operated in a six-point harness, where they’re being thrown around; the terrain is extremely rough.” The custom Recarro seats use proprietary foam and fire-retardant fabric that can resist being constantly pummeled with sand.

Happily for Ford and RTR, all three Broncos made respectable finishes in this weekend’s race, with Gittin Jr. placing fifth and drivers Jason Scherer and Loren Healy finishing 11th and 14th, respectively. Only 37 vehicles in the 4400 class completed the race out of 90 entries, a testament to the arduous hammering these vehicles indeed endure.