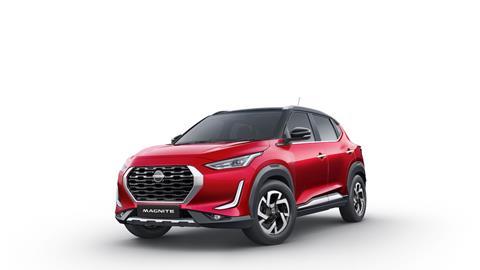 It was designed in Japan, but Nissan will be taking its new Magnite SUV to India

Nissan has unveiled its new Magnite SUV. Although designed in Japan, the model has been developed for the Indian market and will go on sale early next year.

The Magnite breathes some fresh life into the SUV segment. Its exterior shape is chunky and rugged, holding a similar stance to that of the Qashqai but with a smaller, more nimble edge. 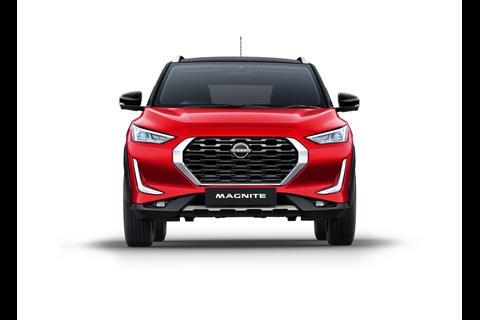 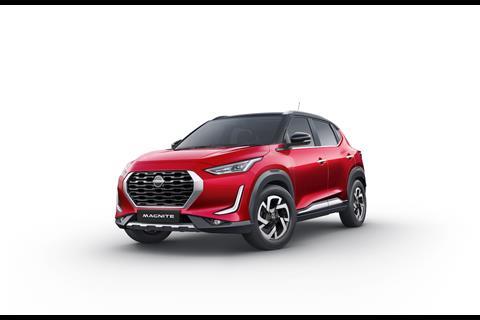 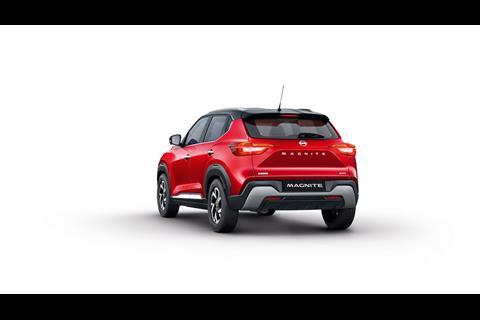 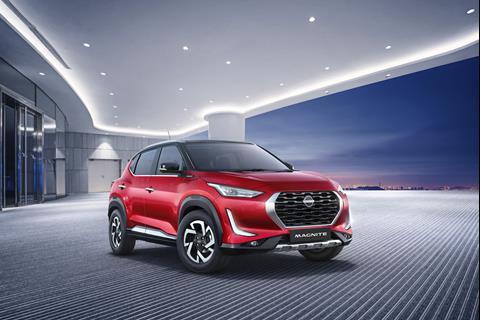 At the front, the deep grille starts just above the bumper and finishes at the bonnet. It is flanked by two curved strips of chrome, which draw the eye to the badge while also emphasising the sculpted body work.

The headlamps are narrow and slitted. They start at the same height as the top of the grille, and gently rise before finishing above the front wheels. Their shape also follows a groove in the bonnet above. Two L-shaped daytime running lights sit low either side of the front end, further outlining the grille shape.

The side of the Magnite is defined by protruding wheel arches that link to the headlamps and rear lamps. The beltline is low and cuts through the door handles, and a large wedge-shaped chunk of body work sits low before the two-tone skirts.

A large rear bumper pushes upwards at the back, giving the SUV an appearance of greater height. The big rear lamps sit out of the body work and help to frame the boot. 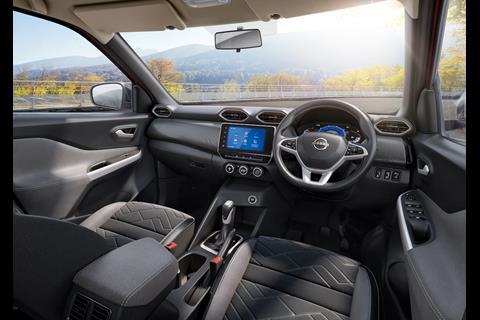 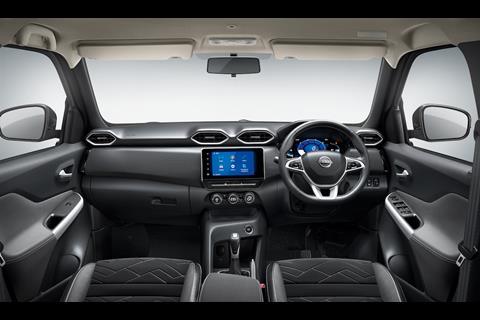 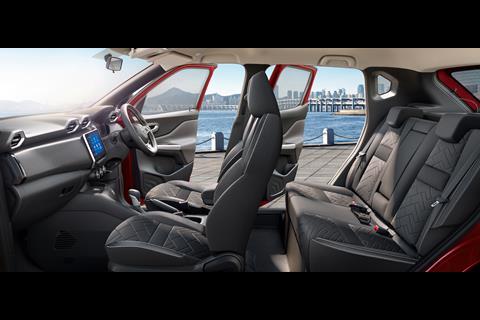 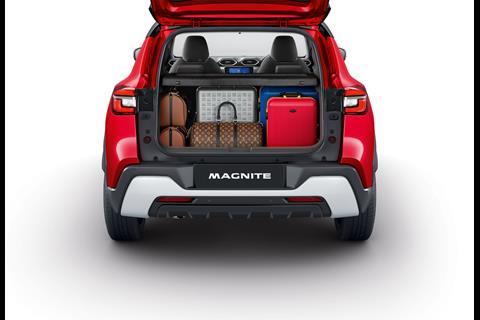 The cabin looks to be practical and functional, as well as spacious. The three-tiered dash features a textured plastic middle, at the centre of which sits an 8-inch touchscreen that is slightly angled towards the driver. The upper section of the dash comes very far forward, almost creating an overhang effect, bringing the air vents close to the front occupants. There is also a 7-inch thin-film transitor instrument screen for the driver.

There is certainly intention to move towards a minimal and modern cabin. Only three dials are included, positioned below the screen for air control. There are also few buttons and switches.

Nissan’s plan to target the Indian market with the Magnite could be fruitful. The SUV’s distinct design will likely resonate with many that are looking for a practical yet sleek model.