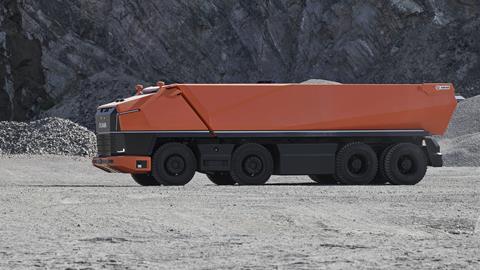 Scania has developed an autonomously-driven heavy truck concept, conceived with applications such as mining or large, closed construction sites in mind. The Swedish truck-maker already has self-driving vehicles in operation with customers, but as yet, these keep a safety driver on board to intervene if necessary, and thus still require space to carry someone. However, as a completely cabless vehicle, the AXL project has given the design team some new issues to consider – and also a degree of freedom, according to designer Xavi Carreras Castro. “This is the first time that we’ve built a truck that has so many new components and technologies,” he says. “This enables us to alter earlier forms and expressions. This is what we believe the future looks like, so this has been really exciting.” 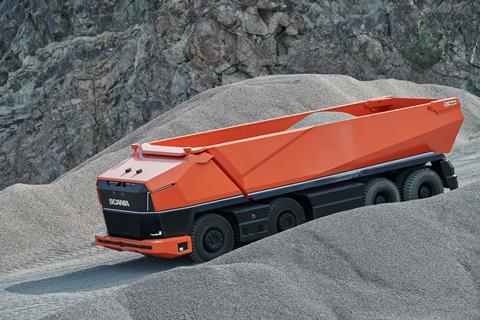 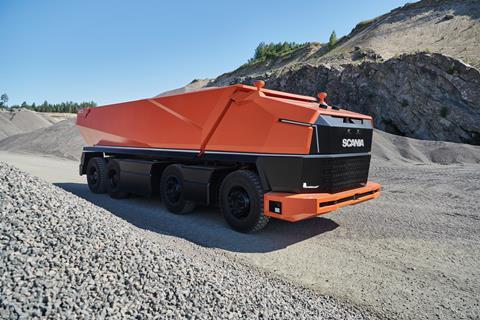 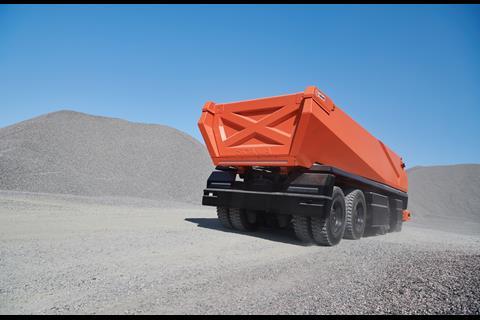 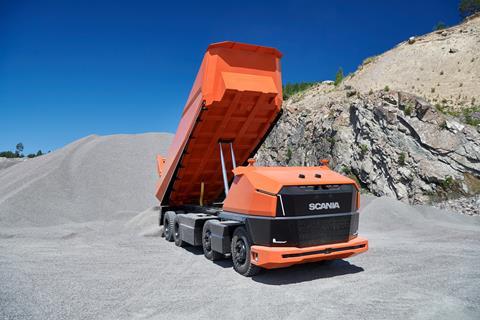 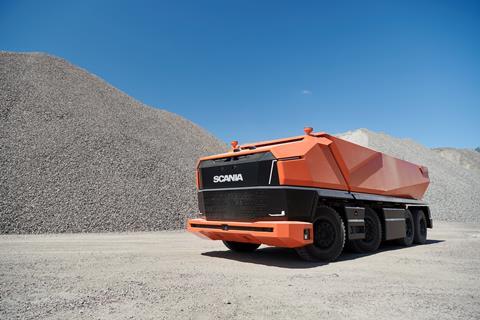 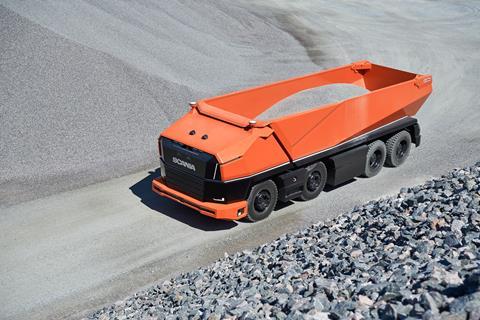 Carreras Castro explains that the challenges were to balance the AXL’s proportions, and to successfully blend the tipper unit and front module. “Half the cab is gone, without a driver. A conventional mining truck has two distinct parts – the cab and the tipper unit. We’ve aimed for an integrated styling with a more dynamic design language.”

Nonetheless, the AXL still has to look on-brand as well as suitably robust and rugged, and besides its colours, it features the ‘wrapping T’ motif – usually formed by a grille and windscreen on production Scanias, but here indicated in its front mask and lighting. “Since this is a new concept, there are plenty of things that we could do in terms of how it might look, but it is imperative to show everyone that this is still a Scania,” says Carreras Castro. 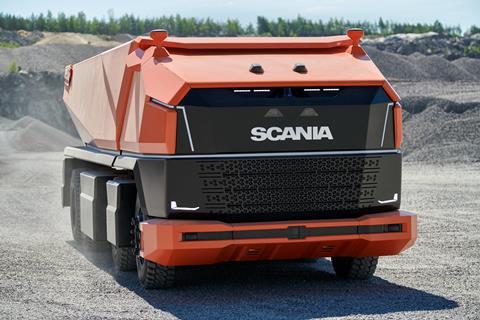 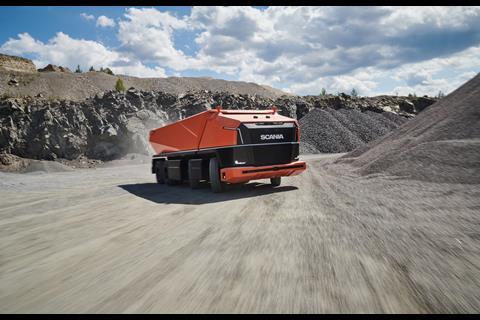 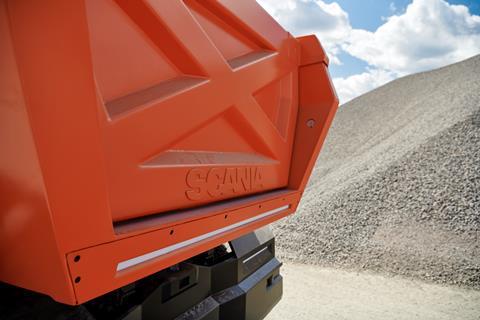 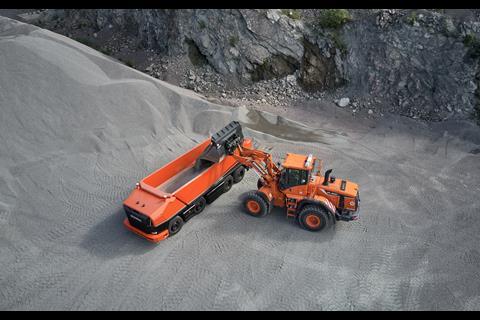 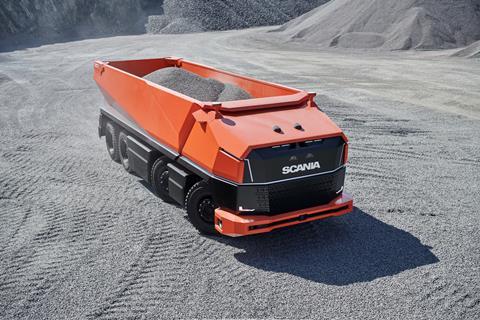 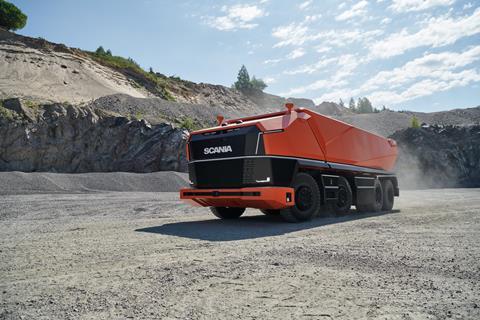 The AXL is based on the company’s modular construction system and is driven by a biofuel-powered engine. It is fitted with cameras, radar and LIDAR sensors, as well as GPS, and this combination allows for an aggregation of input from the different data-gathering sources. Scania’s system architect for autonomous vehicles, Fredrich Claezon, explains: “We need there to be an overlap between the sensors, so that one can be a backup to take over from the other if need be. What happens if the camera and radar suggest conflicting information? Which of these sensors should we trust? With LIDAR, we can obtain a better basis for decisions.”

The AXL’s software is considered smart and safe enough for use in a relatively simple, predictable and closed environment, such as a mine. Deployment on public roads, however, is still some way off. 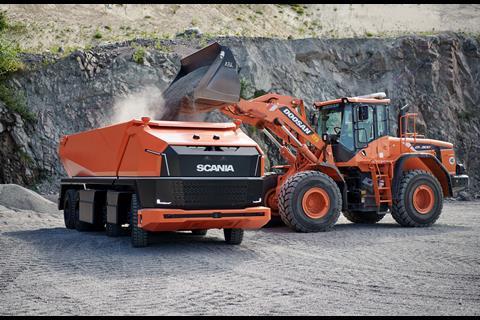 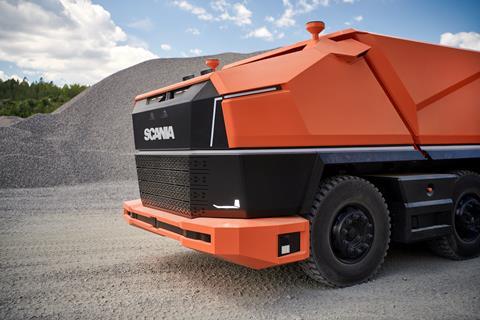 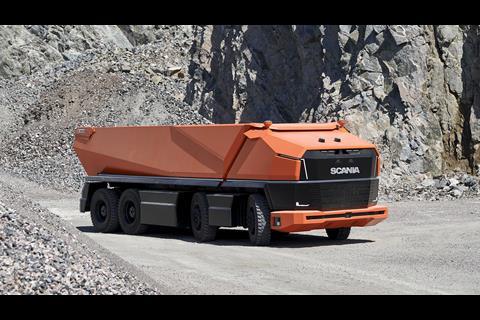 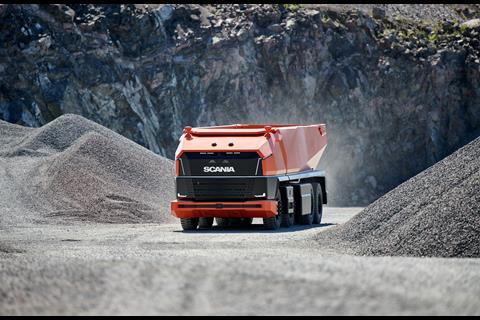 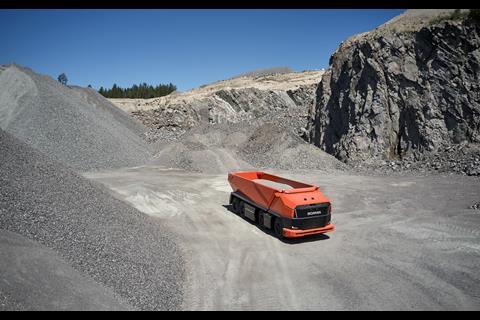 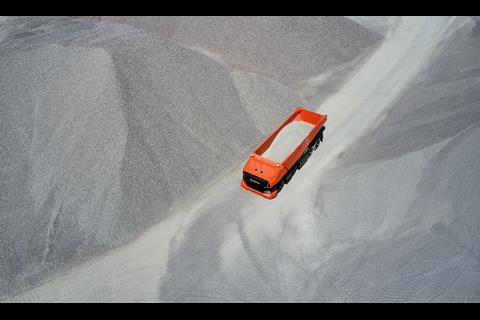 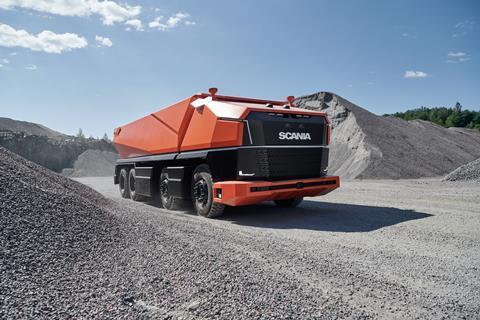 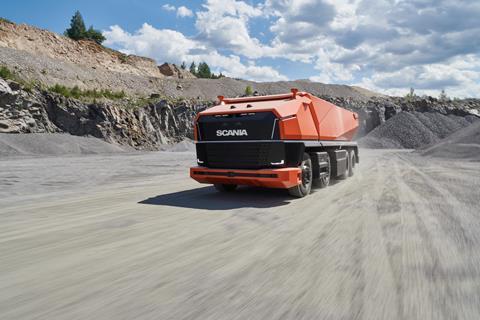 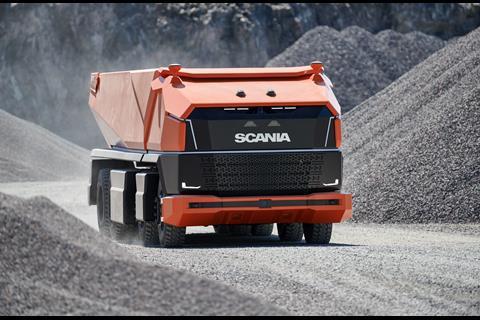