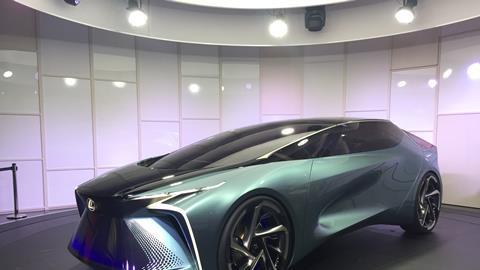 One of the most eagerly anticipated cars to debut at this year’s Tokyo Motor Show – and not leaked early, remarkably – was the Lexus LF-30 concept. Car Design News got the low-down on the circa 2030 future electric vision concept (hence the concept’s use of letters and numbers) from project leader, and Toyota Lexus ED2 Europe studio director, Ian Cartabiano. 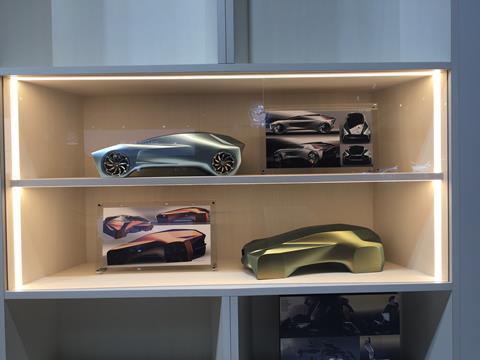 “Management gave us a licence to dream a little on this project,” Cartabiano explained, with obvious enthusiasm, “and to be brave, artistic and futuristic.” He says that the bravery comes from not trying to follow the big German three premium players, the artistry evident in the ‘Takumi’ craftsmanship inside and out – as well as the concept’s futuristic nature, from his designers seizing the packaging opportunities afforded by in-wheel electric motors and a more compact, solid-state battery powertrain. Thus the concept has LS-eque dimensions – 5090mm long, 1995mm wide and 1600mm high – yet Cartabiano says with its longer 3200mm wheelbase the LF-30 has the sort of cabin space you’d find in a bigger Lexus LM (the Toyota Alphard-based minivan sold in China). 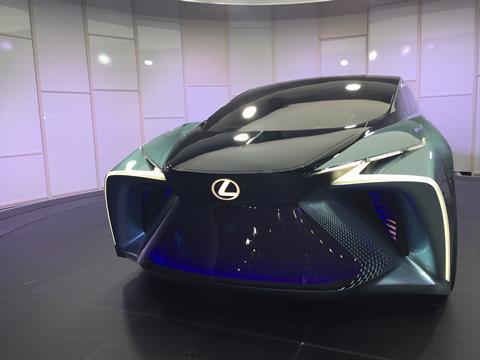 At the front, the same feeling as the current ‘spindle’ front grille remains, but on the LF-30 it has become a more dramatically three-dimensional, solid-surfaced and light-infused glass area. The headlamps either side are incredibly slim too. In terms of surface language the front section of each side is deeply curved and fluidly sculpted before becoming more edgy towards the rear for aesthetic effect (and, adds Cartabiano, aero benefit). 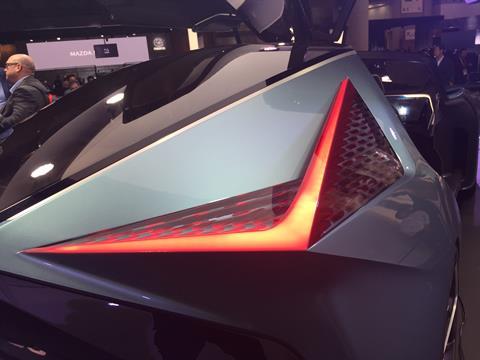 Sharp and distinctively large triangular rear light sections are visible at the LF-30’s side and feature dozens of red parts embedded into clear crystal to add a sense of depth and perspective. Below each of those, in the centre spine by the diffuser sits a single vertical LED to indicate when inductive charging is taking place. Cartabiano is particularly proud of the wedge-like plan view of the concept – something possible to discern in a scale model mounted vertically within the book-cased wall of the Lexus stand – and which also houses some of the actual sketches and models of the project’s development (not after-the-fact marketing-inspired renders). 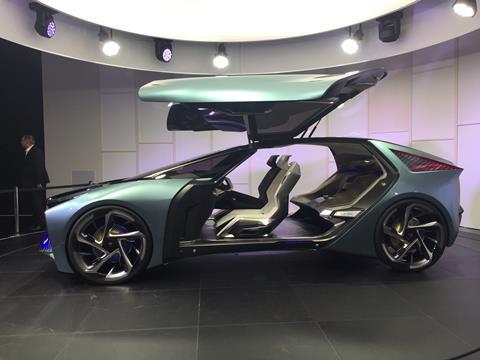 The interior is equally dramatic with a driver-focused cabin where the display wraps around the driver and joystick-style steering controls resemble those of a horse rider’s reins, symbolically pushing the notion of man and machine in similar harmony. Not to say the front passenger doesn’t have luxury too – he or she has access to a large infotainment screen set forward and low on their side of the dash – while the rear passengers have slightly angled seats for easier conviviality and conversation. 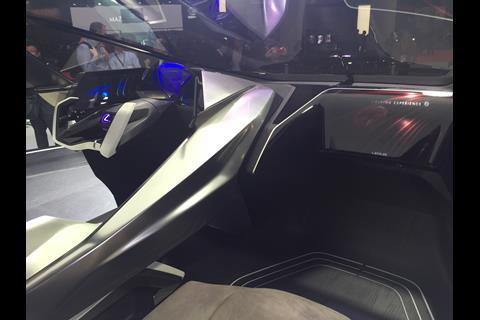 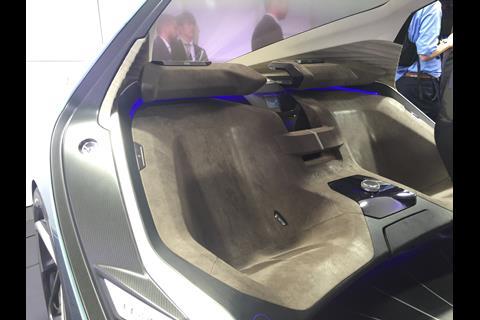 Alongside a black wood floor, white driver’s seat and grey Alcantara passenger seats, with strips of tautly tensioned material in the seat backs to create more light, Cartabiano describes the whole ensemble as “warm and inviting but also a bit dark and mysterious too.” On that interior criteria as well as in his bid to gain a more dramatic and emotionally curvaceous exterior, he’s definitely succeeded. 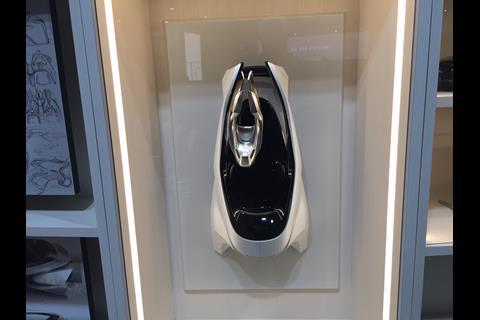 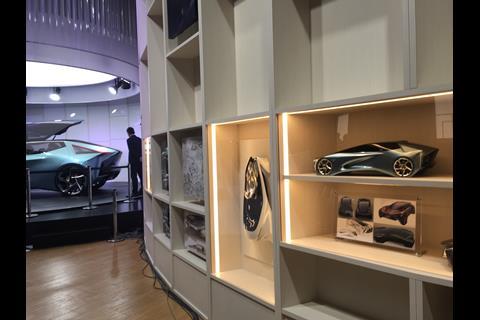 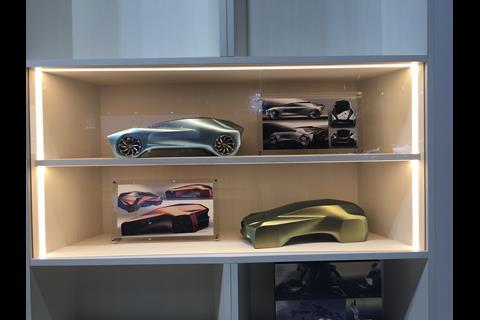 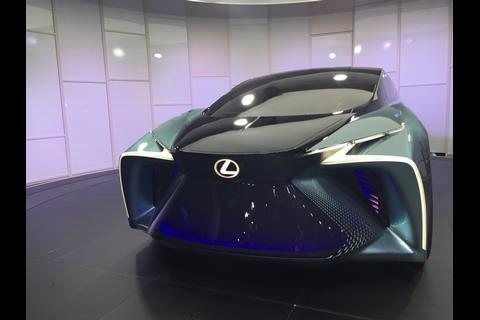 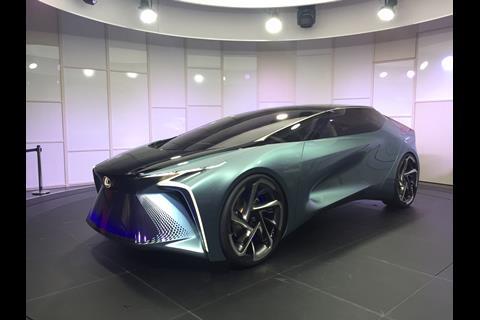 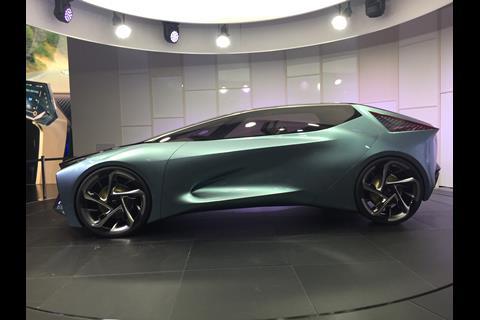 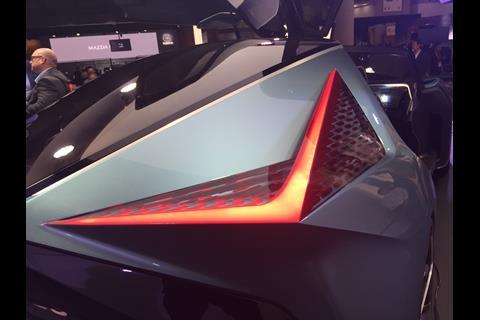 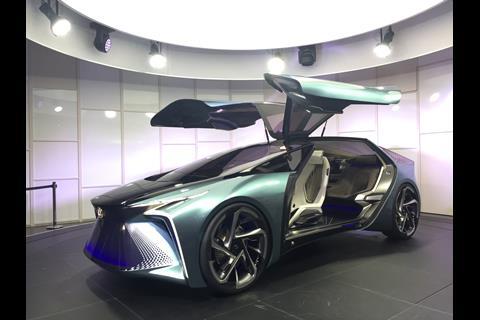 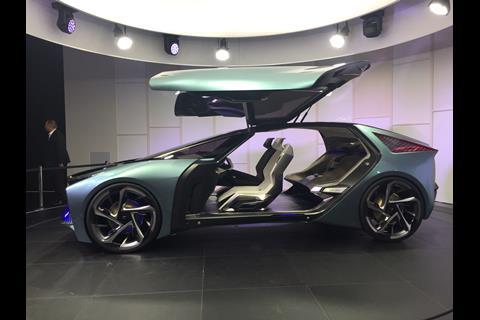