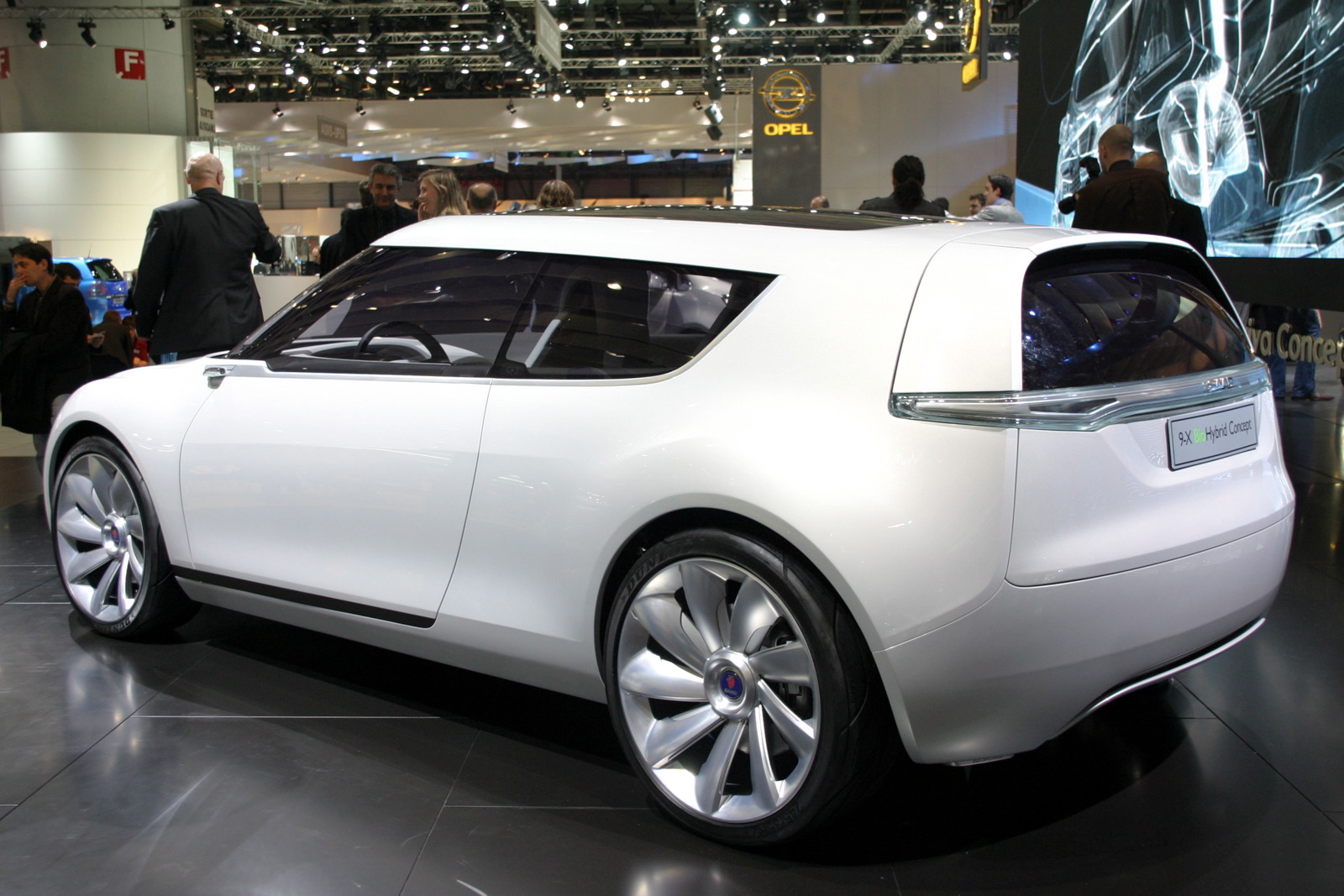 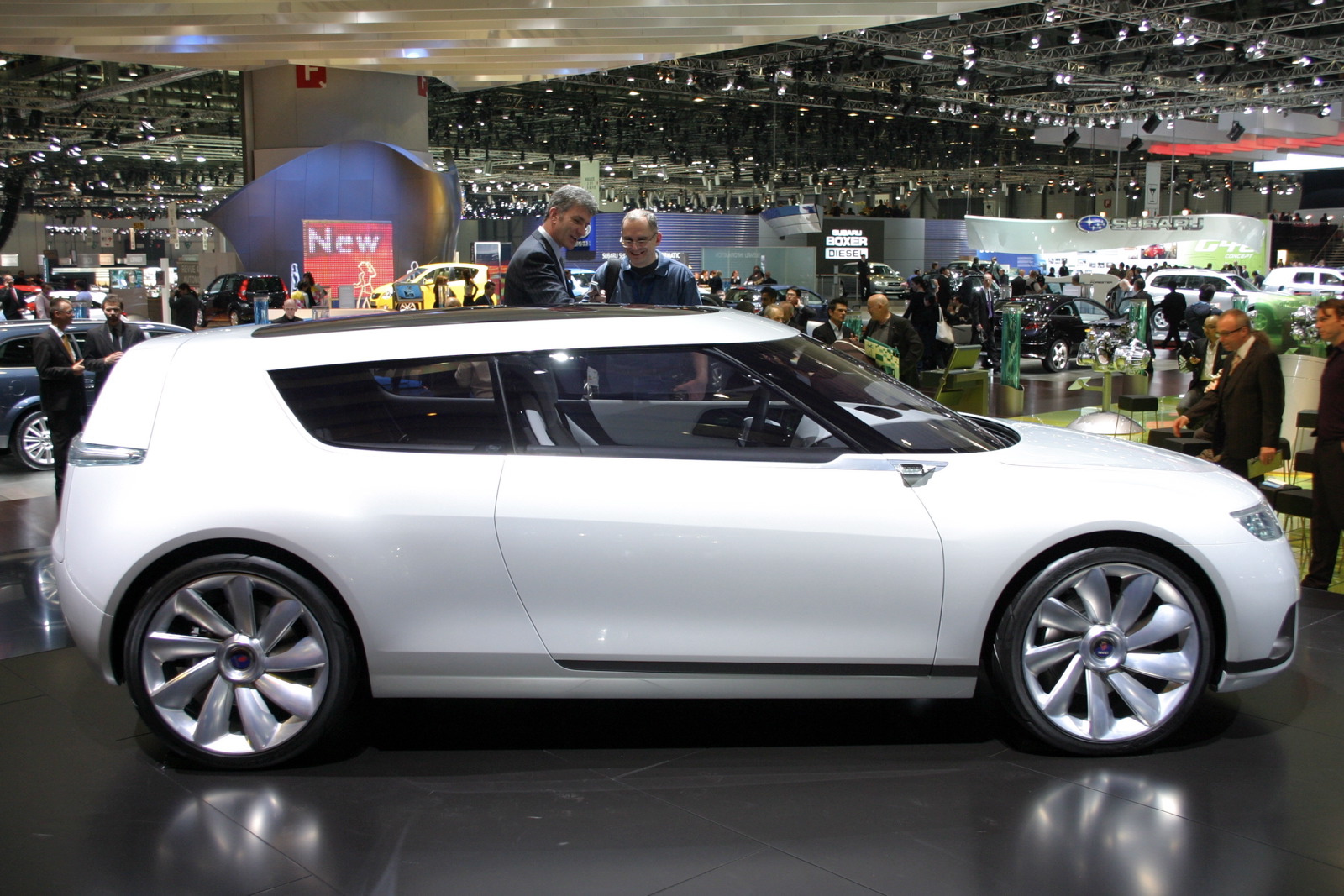 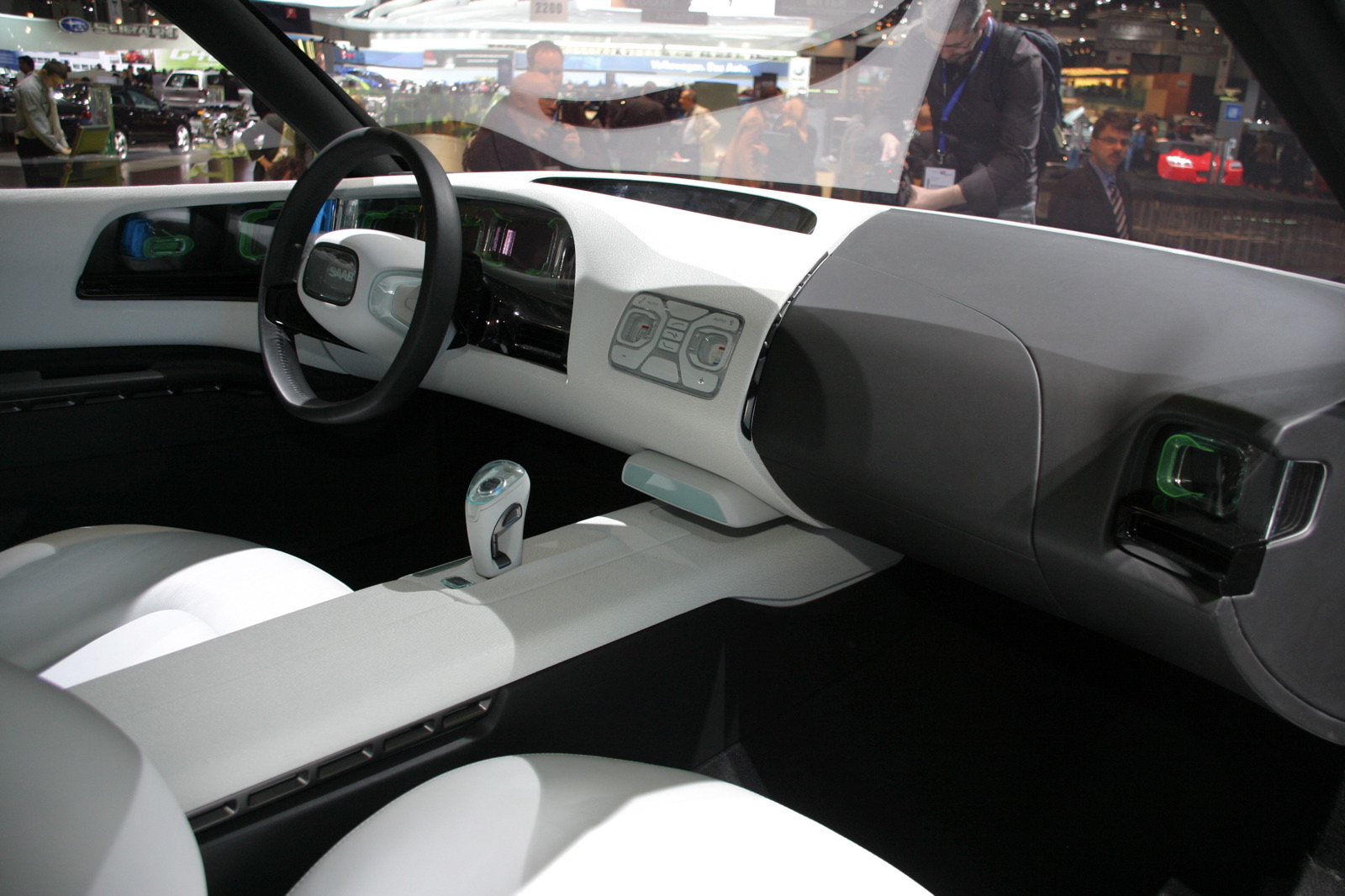 Saab first showed a 9-X concept at the Frankfurt Motor Show in 2001, a sports estate car that introduced new Saab design themes. It was also the first new Saab designed under then recently-appointed Director of Design, Michael Mauer. The 9-X launched at Geneva yesterday shares its namesake's estate sports car conceptual design, but is GM Europe Design center's take on what a lower-medium Saab should be (using the 'Delta' platform in GM speak; as per the Opel Astra) .

Like the Saab 9-4X shown in Detroit, the 9-X is clearly close to production in its design intent, if not exact surface detail. At 4424mm long, 1382mm high, 1826mm wide, it is a useful 172mm longer than the conceptually-similar Volvo C30, which gives the car more of a sports 'shooting wagon' and less of a standard hatchback feel. This is helped also by the more upright tailgate and the near horizontal base line to the DLO. And this relatively deep DLO is perhaps the strongest feature of the design.

Speaking with Chief Exterior designer Boris Jakob about this aspect of the car, he told us: "Everyone is going for this wedgy, high belt line, but I'm not a big fan. I think you need a close relationship between the DLO and the rear wheel".

The interior also progresses themes we've seen before - notably in the Aero X - as well as introducing new ideas. Speaking to Richard Shaw, Chief Interior Designer, we learnt how the front seats are white and the rear dark gray because it gives more of an appearance of a two-seat sports car, which is how he envisages the car being used most of the time. One great detail, which is hard to see from any pictures, is the tiny 'turbo vane' motif of the white printed foil on the IP and door inners, which has a few metallic flakes imbedded to subtly catch the eye. Another is the way that metal ribs rise up slightly in the boot floor to act as sliders for luggage being loaded.