When John F. Kennedy was elected President of the United States in 1961, he and his wife Jacqueline were not just state dignitaries, they were celebrities. Their image was one of a young America entering a new era. Jacqueline herself was an instant fashion icon – an American beauty, only 31 years old at the time of her husband’s inauguration. She became famous for pink Chanel suits, pillbox hats and a glamorous lifestyle inherited from her wealthy, old-world family. No other First Lady, before or since, has captured the American and international imagination so completely. 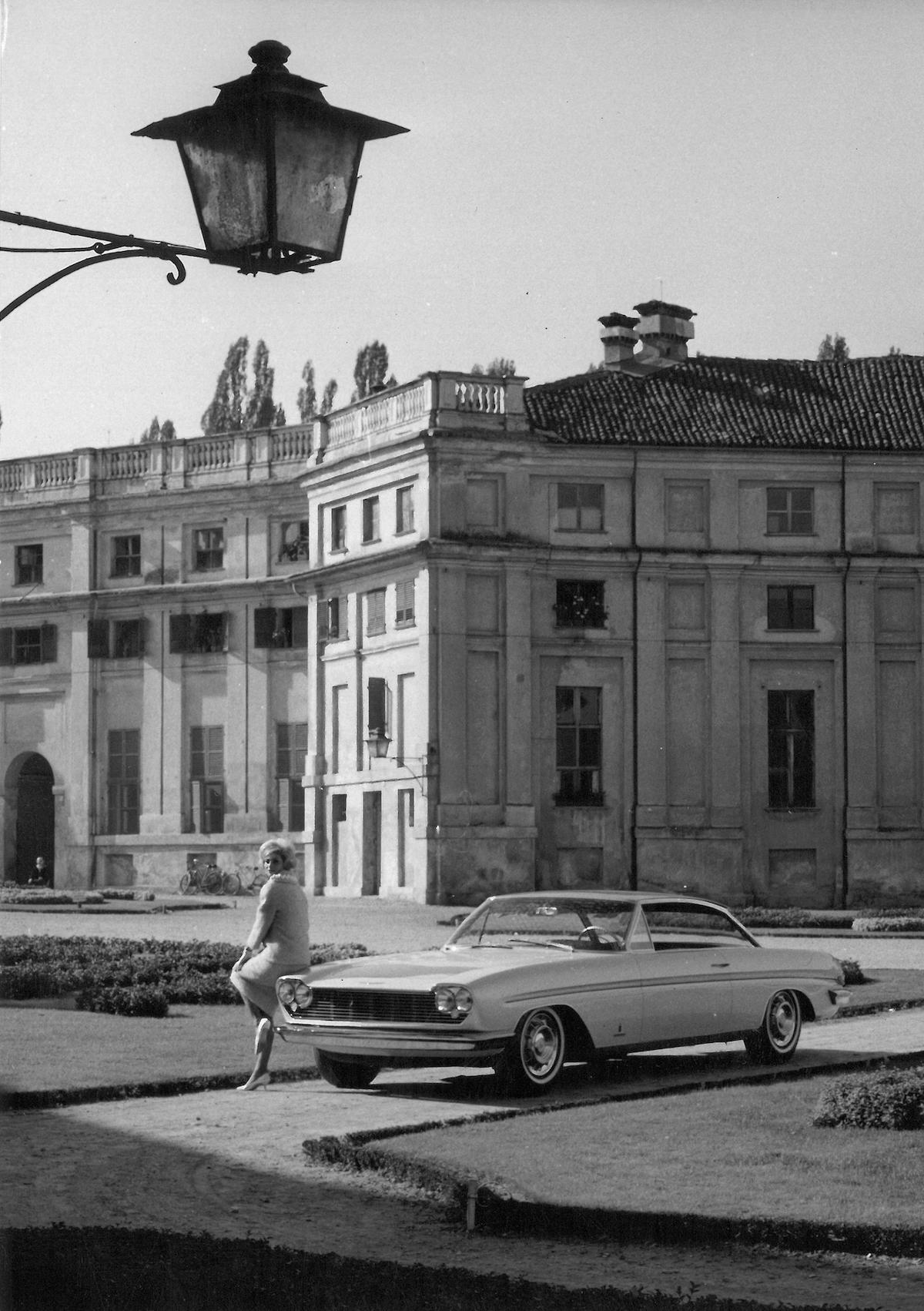 It was in the spirit of this moment that Pininfarina would create the fourth and last of a series of concept cars for Cadillac. It was an attempt to capture some of GM’s fascination with Italian design, and generate some business for the Turin carrozzeria.

A bit of context: Pininfarina had been contracted to build the 1959-60 Cadillac Eldorado Brougham, an elegantly tailored sedan that minimized the more outrageous styling elements of the period (read: tailfins). It was strictly a coachbuilding project, as the design, penned in-house at Cadillac by Chuck Jordan and David Holls, left very little room for Italian input. Pininfarina wanted a larger part of the process and so produced two cars of their own design in 1959 and 1960, the Skylight and the Starlight – each in coupé and convertible format. 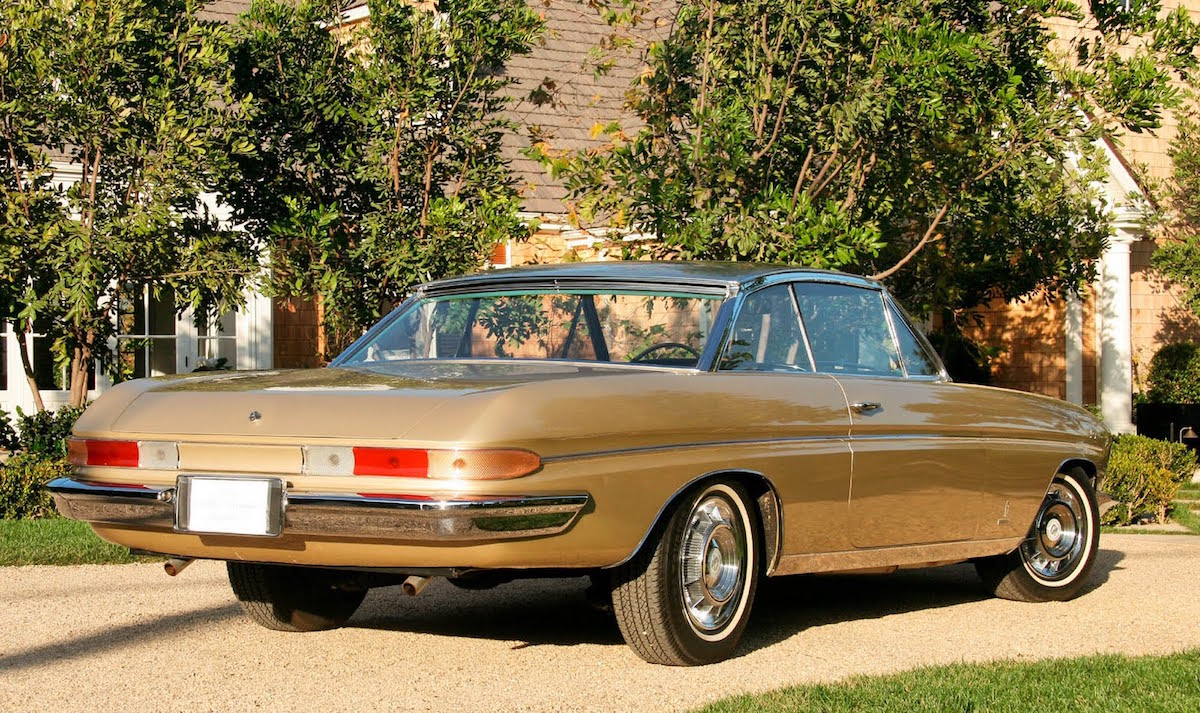 Cadillac was only lukewarm to the Pininfarina proposals, but it was decided to try one more time with a different design, one that more closely represented where the Italian coachbuilder wanted to go in the 1960s. What emerged from Pininfarina’s drawing boards was a luxury coupé of extreme simplicity for the times, especially for Cadillac. Gone were the tailfins; the rear was a squared-off affair with wraparound taillight assemblies, in contrast to the rocket imagery of Cadillacs of the time. Up front, quad headlights were placed at the upper corners of the mask, with a wide grille in-between.

The side elevation is especially dramatic for what is not there; no tail fins at all, very simple massing and only an incised parabolic swage line to move the eye along the flanks. The glasshouse was also simple with whisper-thin A and C pillars and a polished stainless steel roof. 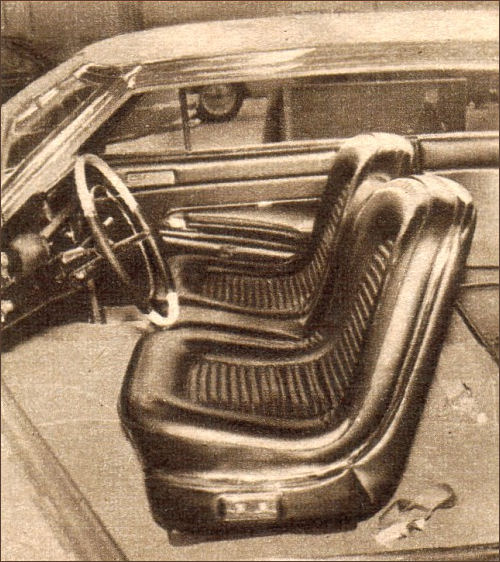 On the inside, only the dashboard and steering wheel are stock Cadillac items. The two seats – and only two – were single-piece buckets covered in black leather, between which was a fold-down armrest of similar leather. Behind the seats is a luggage storage area akin to that of cars like the Mercedes-Benz 300 SL or a business coupé of the 1940s. The inclusion of this feature is a mystery, given the enormous trunk.

Close observers of photographs from the period will note the flat floorboard. This is a sure indication of what everyone knew at the time: the Jacqueline was a full-scale model, not a complete car. There was no engine or transmission, even the steering wheel was not attached to any column. The side windows did not operate as there was no mechanism for them to lower and rise, nor any electrical system. The body sat on a tubular steel frame with no attempt at suspension. 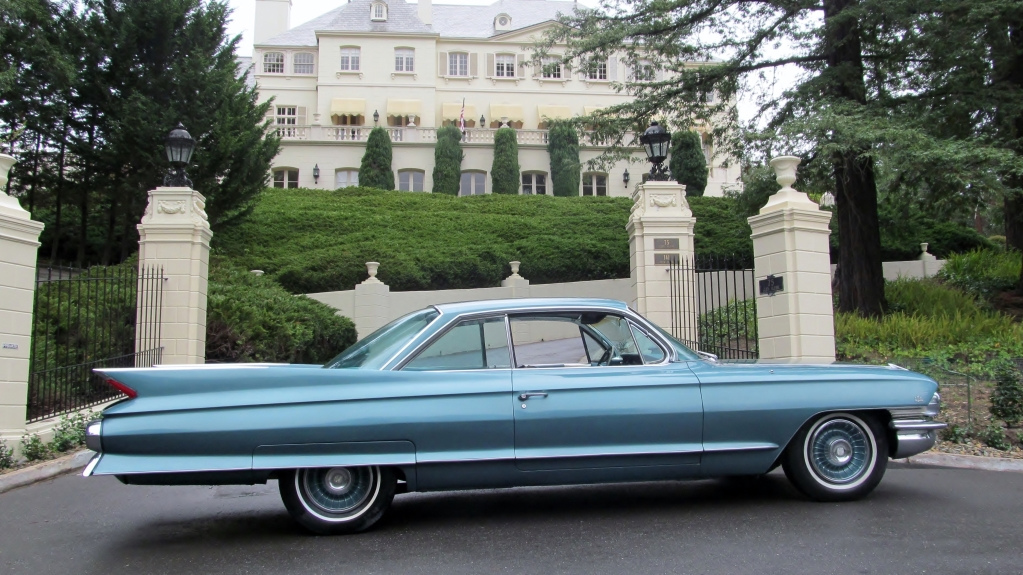 Compare the design of Jacqueline to a Coupe De Ville of the same year, both with the same 130-inch (!) wheelbase and about the same length. The Coupe De Ville seems more angular and masculine, its lines and massing well resolved. It was perhaps the best of the Cadillac coupés of the period. Even Syd Mead has noted that this Cadillac, with its distinctive “Skag Fins” that sweep along the lower part of the body, was a design he wished he could have penned. Both the Coupe De Ville and Jacqueline featured large glasshouses with minimal roof structure.

To see the two side by side is to see a sort of masculine-vs-feminine expression of some of the same design impulses of the time. The Coupe De Ville was an aggressive, masculine machine built for blasting across great expanses of American highway. The Jacqueline seemed perfect for cruising along the French Riviera, soaking in some Mediterranean sun. 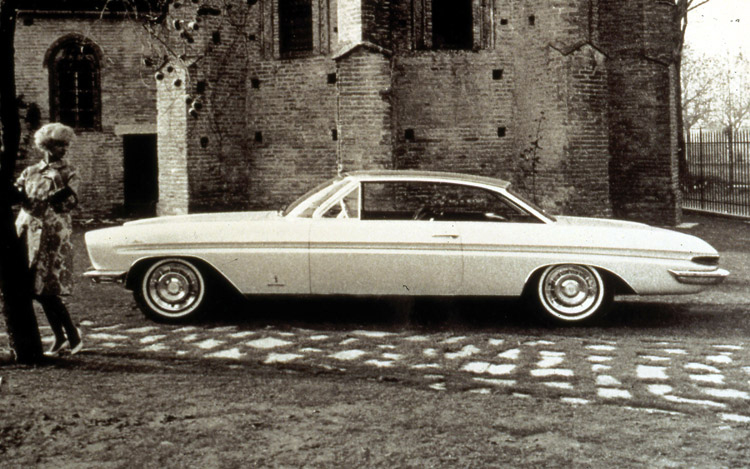 It is interesting to note what several critics have said about the Jacqueline; its scale is almost too big for the design. It is as if an Italian GT coupé had been enlarged on a photocopier and the built as a big American luxury coupé. What looks like an elegant GT design seems a bit ponderous at this size. It is still a vast improvement over the typical American luxo-barges of the time, but issues of scale are instructive: what works at the GT level does not “scale up”. A different expression must be found. 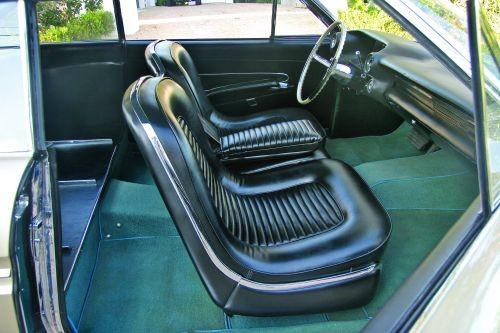 The Jacqueline would have an interesting afterlife. Cadillac remained indifferent to the design, and it was furthermore revealed that the Eldorado Brougham program had been a huge financial loss for GM. No matter what Pininfarina proposed, Cadillac was not going to renew the program. The Jacqueline would spend many years languishing in the Pininfarina museum in Turin, and then was sold and changed hands a couple of times.

One collector then decided to transform the Jacqueline into a real car and bought two period Cadillacs for donor parts, engine, transmission and chassis – basically everything but the body. The interior had to be rebuilt to accommodate a proper transmission tunnel and working controls (including steering), but in the end, a drivable car emerged, to the delight of concours crowds in the late 1990s and early 2000s. The Jacqueline remains in private hands today. 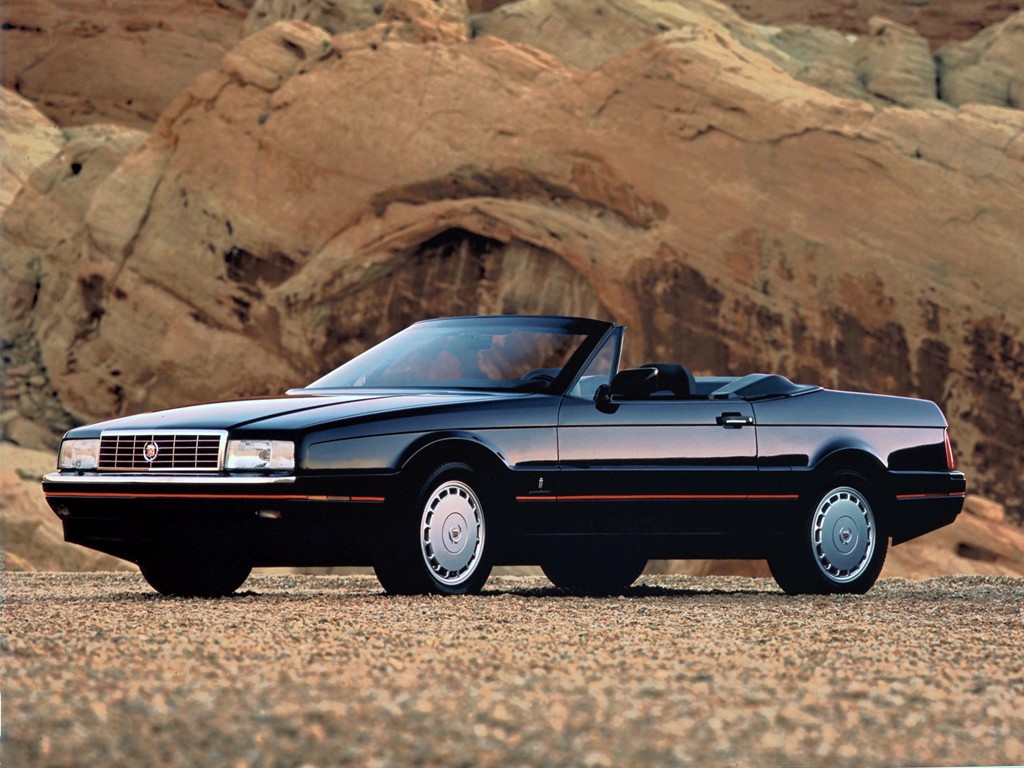 Pininfarina would not participate in a production Cadillac project until the Allante coupé of 1987. But other projects would soon present themselves, most immediately the Corvette Rondine and the Corvair Pininfarina Coupé Special, both of 1963. Meanwhile, Cadillac continued to search for its next generation of luxury coupé and to develop a signature expression beyond the tailfin. We will visit the story of that search next week, and its signature design element, the V16 engine. 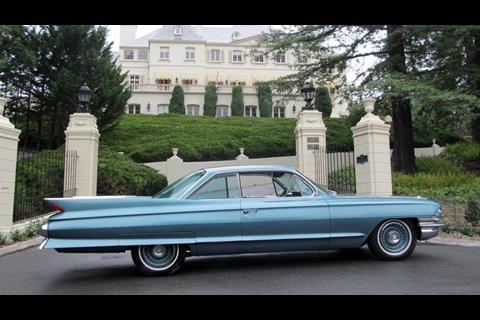 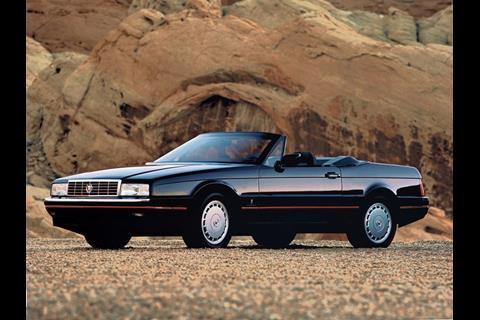 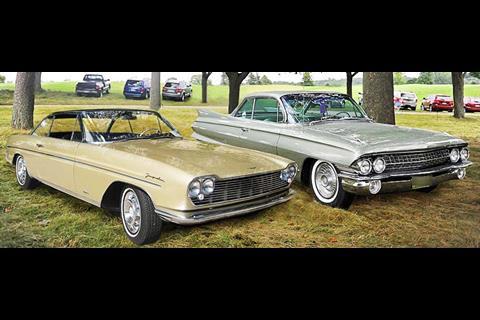 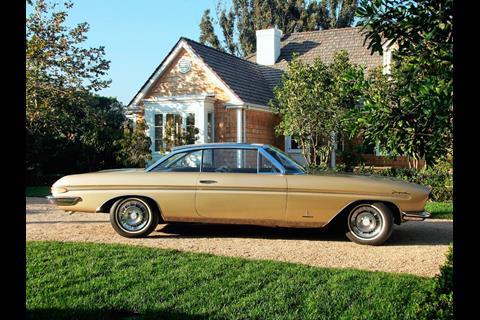 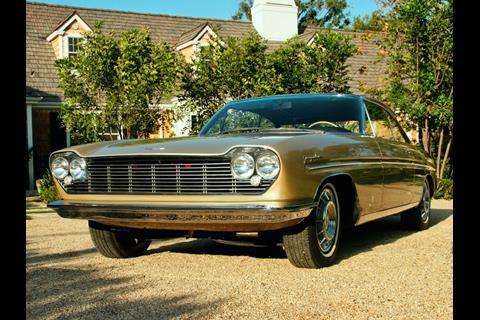 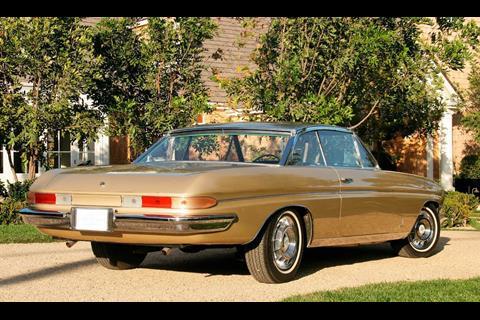 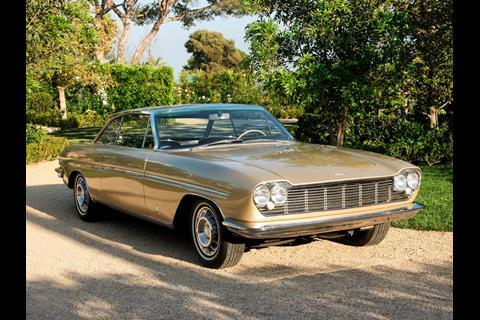 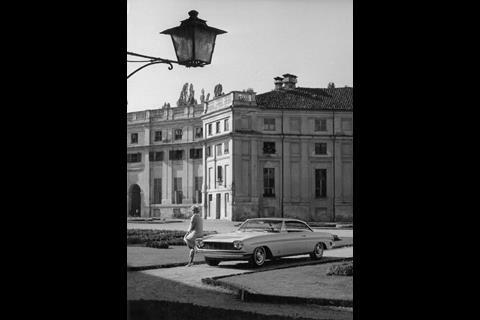 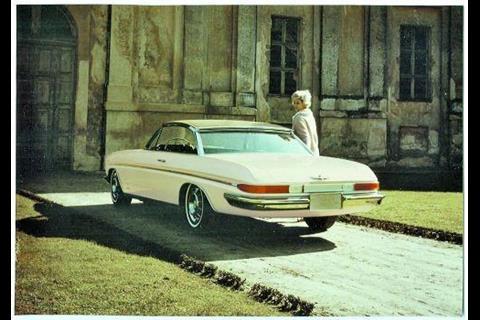 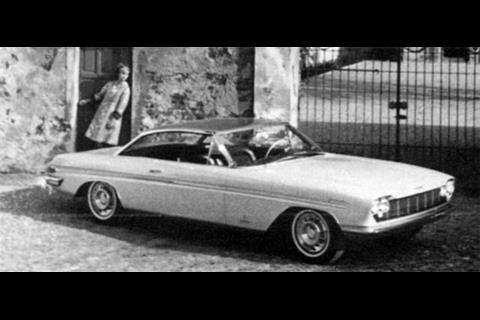 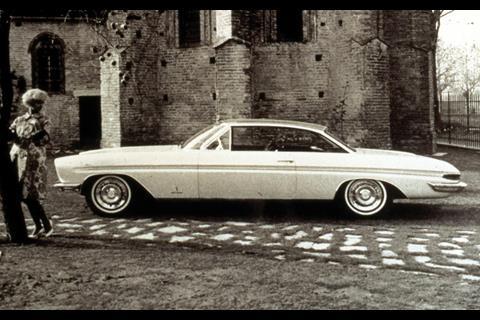 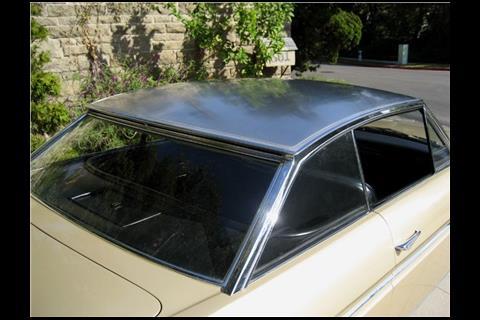 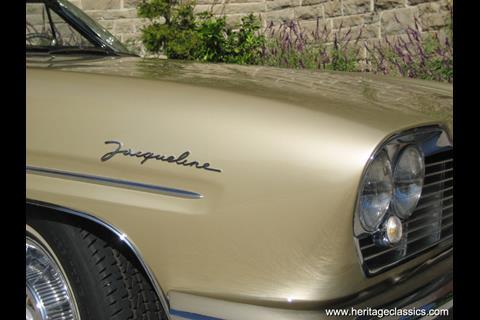 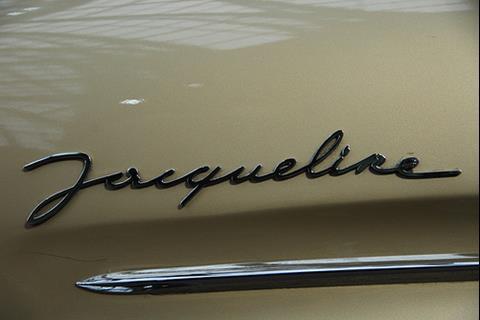 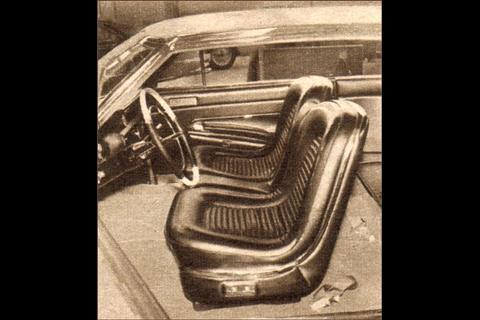 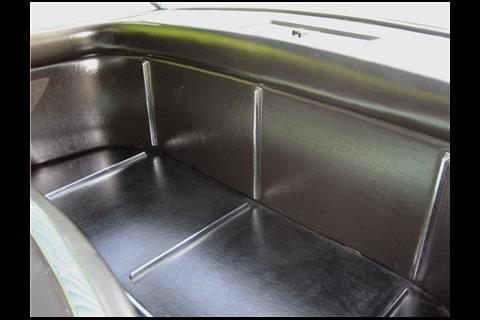 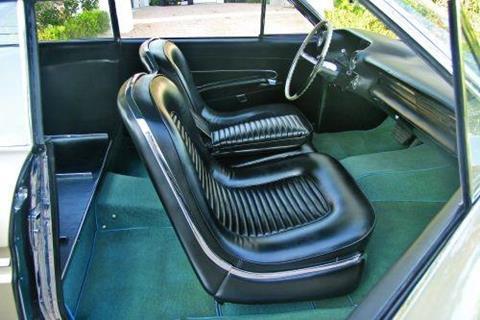 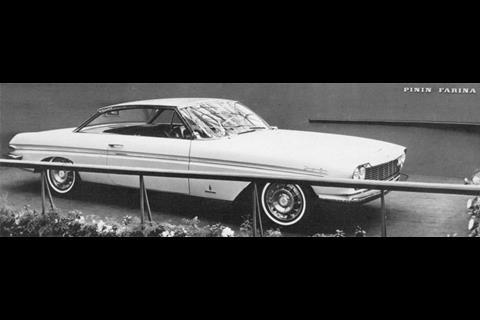