Concept Car(s) of the Week: The Darrin Roadsters

Last week we saw Howard ‘Dutch’ Darrin strive to realize his dream of a sports car for the masses. He came close with Kaiser Darrin 161, but Kaiser ended production after fewer than 500 cars. Darrin was devastated, but had to move on. With the Kaiser years behind him, Darrin now would team up with two unlikely European partners to produce a fun, inexpensive sports car. 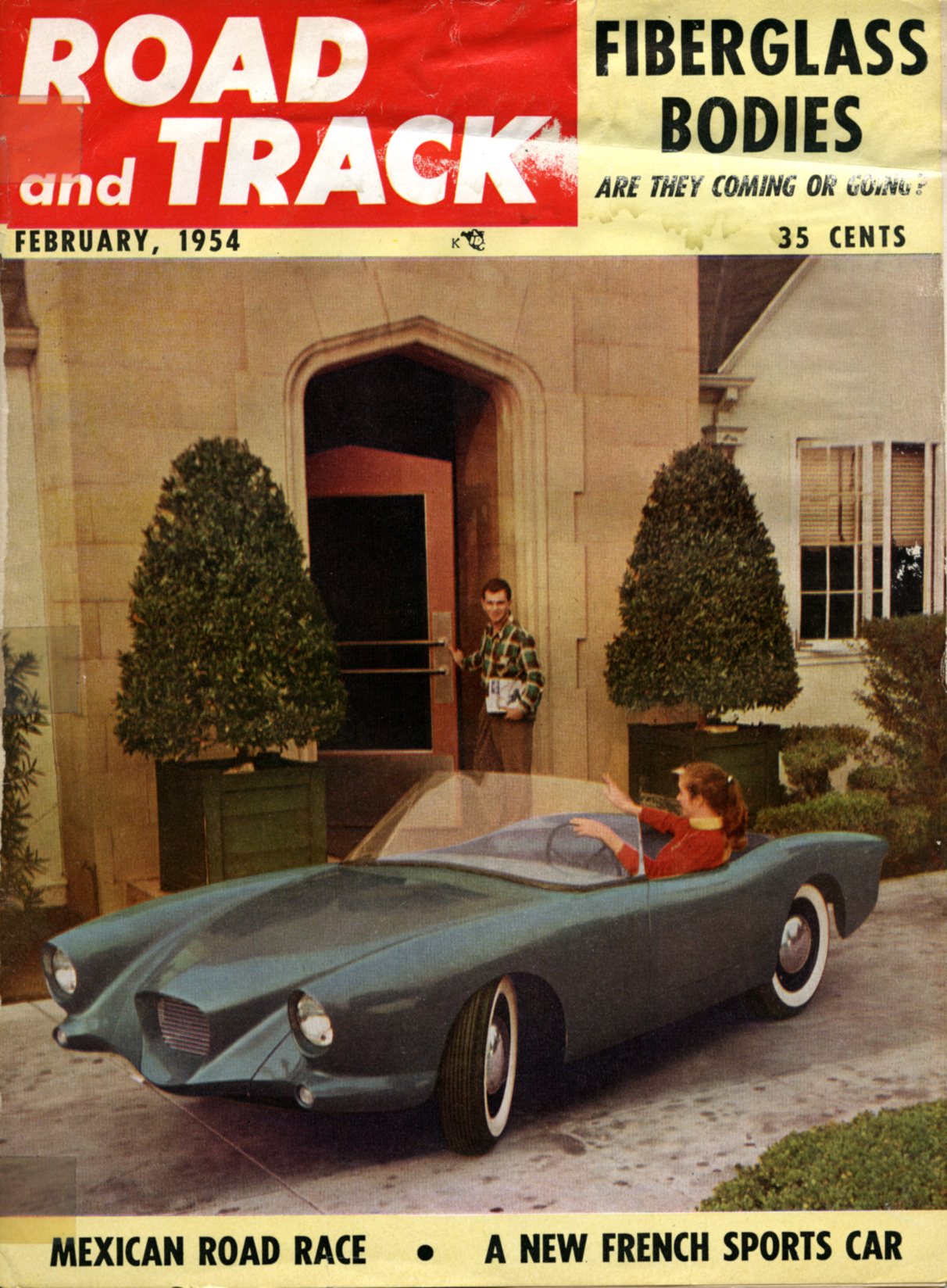 Throughout Kaiser’s increasingly desperate end game, Dutch Darrin had hoped for the best... but Darrin had not been idly waiting for the end at Kaiser. He had been in contact with the new Panhard Dyna importer in Los Angeles, Robert Perrau, and while reviewing the cars the dealer proposed to bring to the States, Darrin happened upon a photo of the Panhard Dyna Junior. 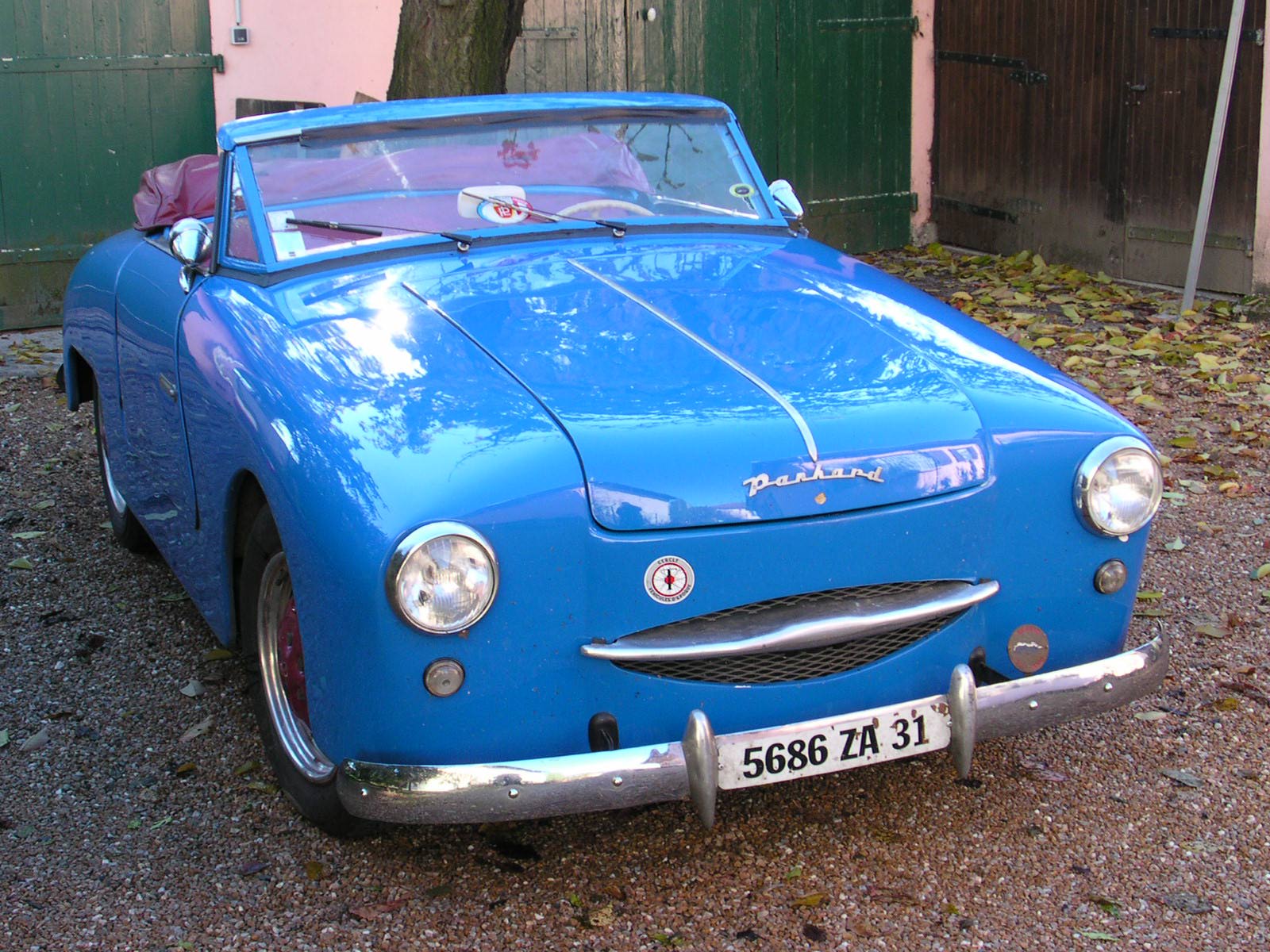 The Panhard Dyna Junior – designed with the American market in mind, but with a two-cylinder air-cooled engine. Cute smiling face, however

A sporty compact model that Panhard introduced in 1952, the Dyna Junior was designed with export to the States in mind. Darrin thought he could design a sportier body for the little car than the stubby one Panhard had proposed. Years later, Darrin would remember, “after designing the 1951 Kaiser I was employed to develop a new car for Panhard, a sports car, which I took to France and showed the Panhard brothers. I formed a company over there to build it. The Panhard was a fresh design from the chassis up. It was an enjoyable project, as it certainly made a silk purse out of a sow’s ear.” 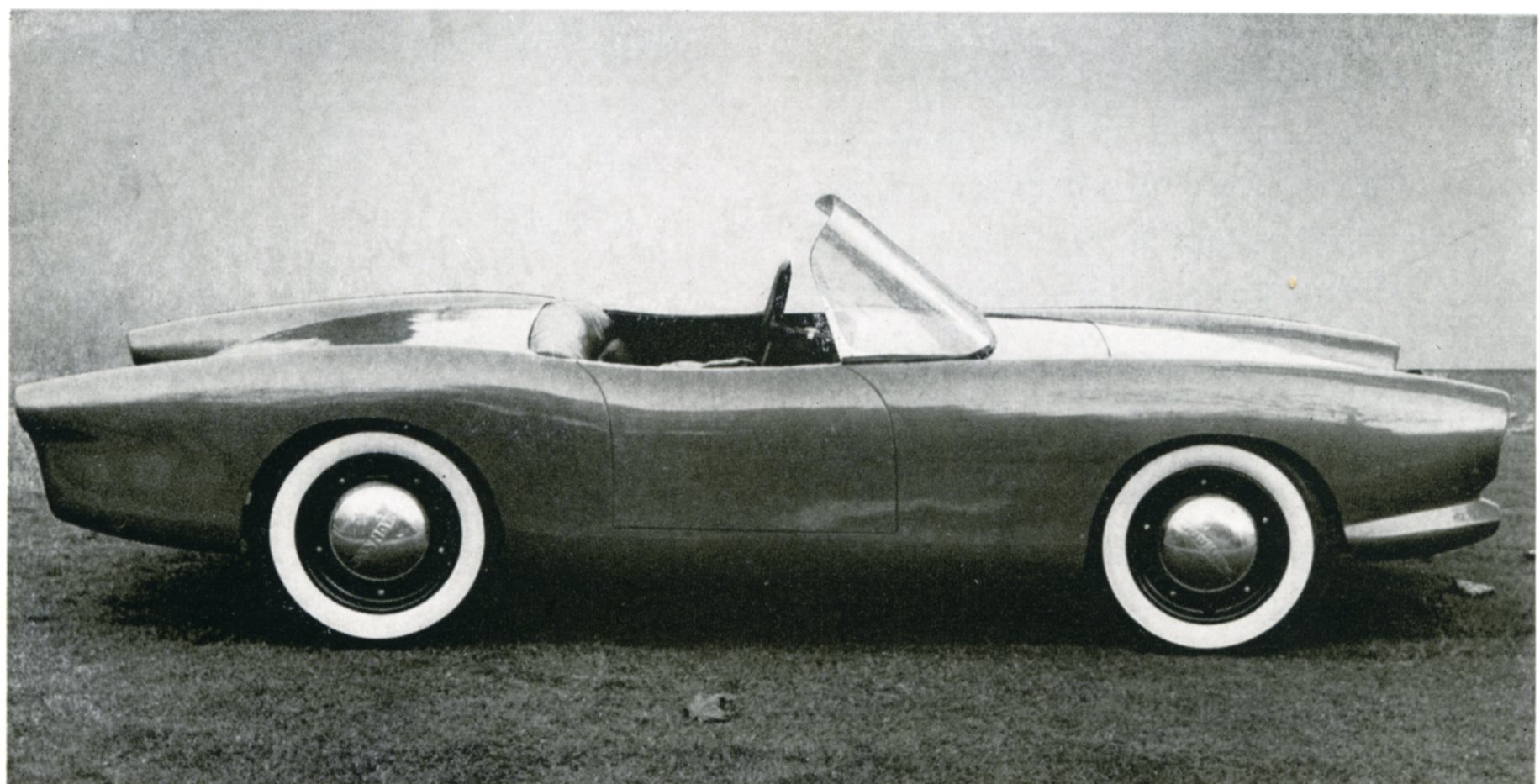 Darrin’s Panhard-based roadster. One of the most beautiful silhouettes ever

This Darrin roadster, again with its fibreglass body built on a Panhard Junior frame was a sculptural tour de force. Sleek and extremely long in perspective, its sculptural face was more dramatic than the Kaiser Darrin. In theory it could hold three people abreast, although in the one photograph where this is shown, the three were Art Center students who looked uncomfortably close in the small cockpit. 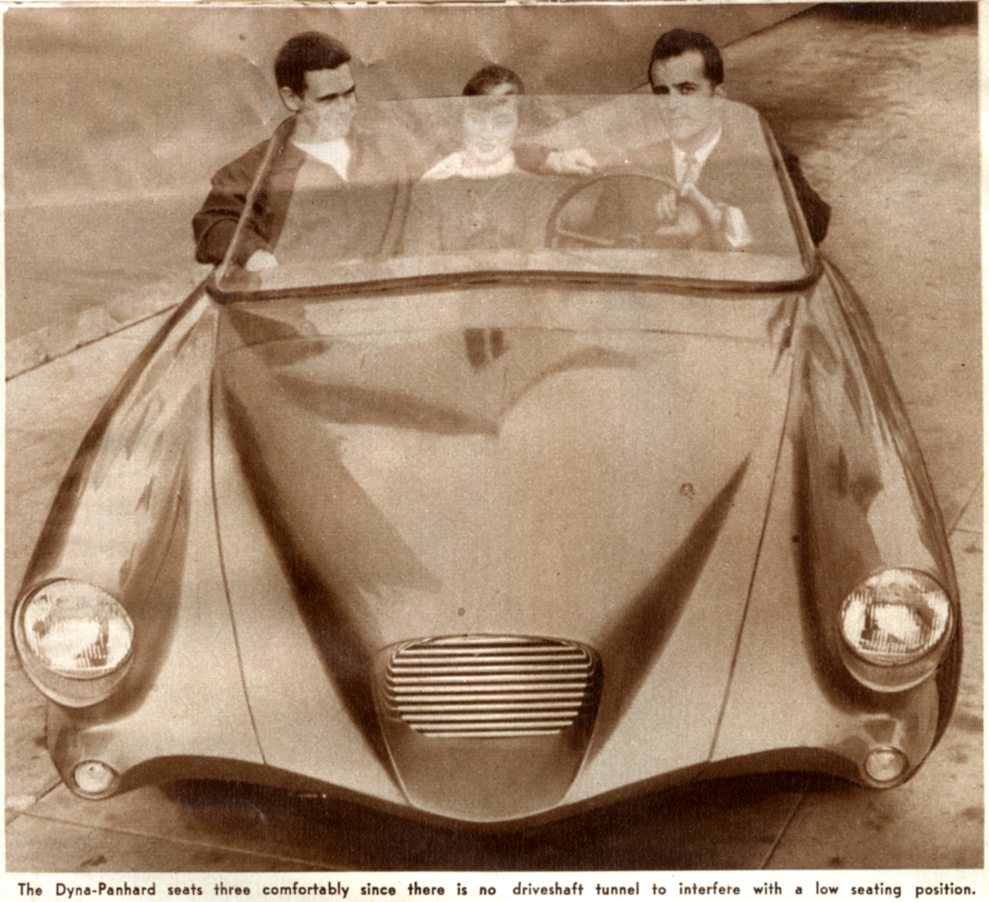 Not the roomiest of cars, but three abreast was theoretically possible

The Darrin Panhard, as the car would be called, would be unveiled to great acclaim at the 1953 Petersen Motorama in Los Angeles. Then the car was shipped to France for evaluation for production. Unfortunately, that is as far as the project developed.

Back home, Darrin concentrated on selling the remaining Kaiser Darrins, hoping for good news from France. But none was forthcoming. Panhard would stay with its own Junior design through 1956 and then move on. 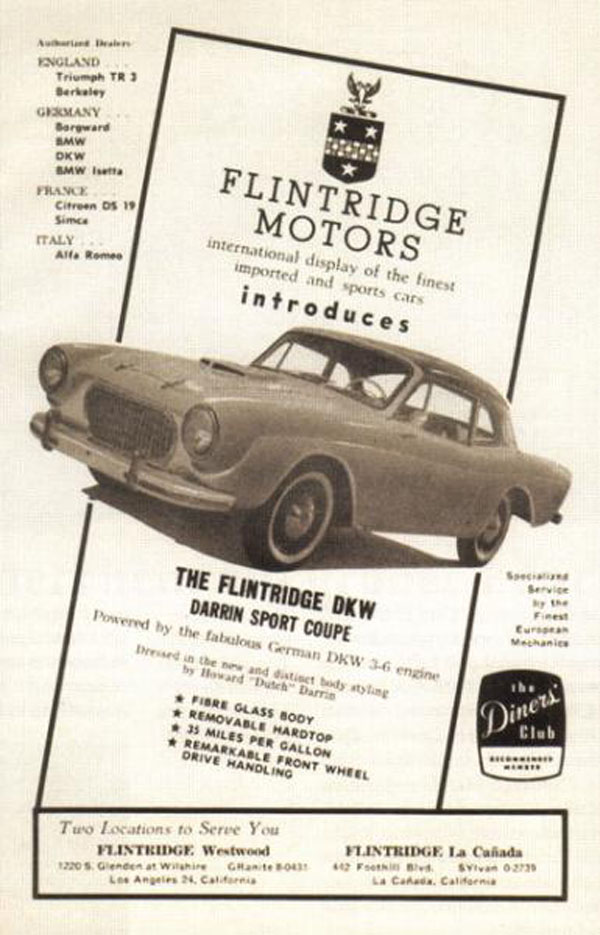 The Auto Union/DKW/Flintridge Darrin Sports Car. The roof was a detachable shell like the Corvette’s

After the Kaiser and Panhard disappointments, Darrin had one more chance to bring his dream into reality. Flintridge Motors, a small manufacturer of specialised vehicles, had begun importing Auto Union’s DKW cars into the USA to sell as alternative Volkswagens, and to modify into custom vehicles. 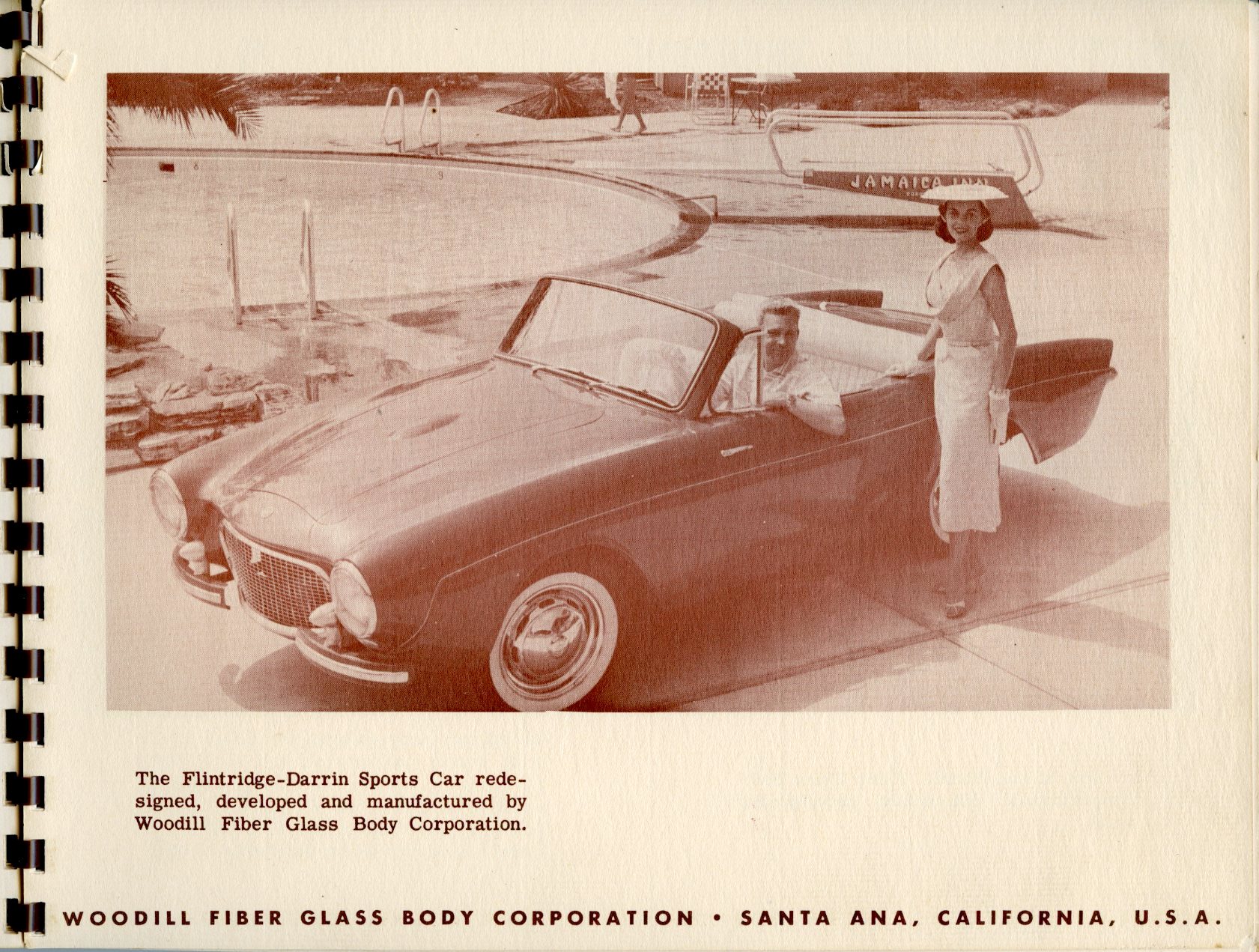 The owners of Flintridge approached Darrin to create a design that would mate a sports car body with the chassis of a DKW. Darrin, fresh from the Kaiser and Panhard disappointments, actually tried to dissuade the men from developing such a car, citing the long list of potential problems. The owners went away but returned the next day with a $1,500 dollar check (about $20,000 in today’s money) and asked him to design and construct a clay study model from which further plans could possibly be developed. Darrin was in no position to turn down that kind of cash, so a chassis was brought to his shop for a wooden buck and clay model to be built on top of it, just like the Kaiser Darrin.

DKW to Darrin Mark II. A surgical disassemble and reassemble to create a new car

The decision was made to go forward with the project, but with a new approach to repurposing the little DKW sedan. The car was surgically disassembled and then carefully surveyed for parts to be re-used. Almost every part that could possibly repurposed was put into the newly-named Darrin Mark II – everything from headlights to wiring to door handles were re-used. The grille was inverted and re-installed up front. The fibreglass body was reduced to just eight pieces that could be easily bolted onto the frame. 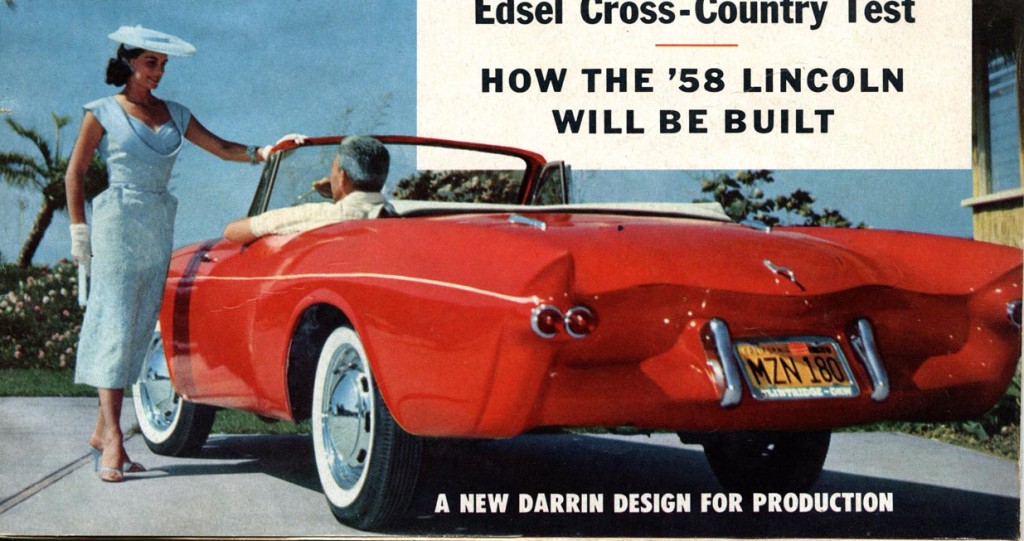 Rear view of the car, showing characteristic Darrin sculpting at the fascia

This time the Darrin car was a four-seater, the better to fit the DKW frame. Flintridge Motors had every intention of selling the cars through the DKW dealers then being established throughout the United States. Unfortunately, the dealer network never came to fruition and Flintridge, being a manufacturer, had no expertise in automotive marketing and no interest in trying to set up a dealer network on its own... and so, another Darrin Roadster, the last completed Darrin design, would pass away. He would not attempt another complete car, although he did design for the fibreglass kit craze of the 1960s. 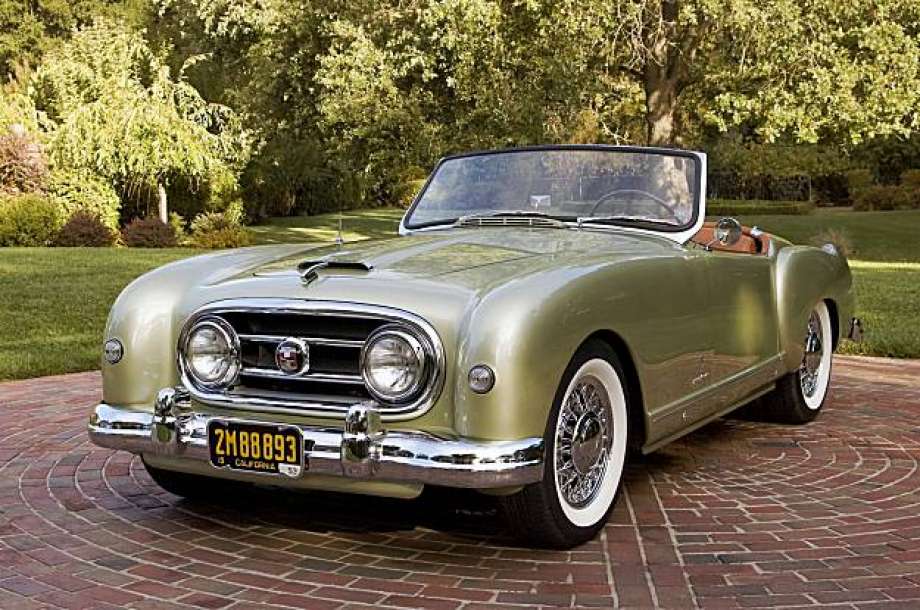 The 1953 Nash-Healey sports car – an instant, and unaffordable, classic

Looking back at those years, it would seem that Dutch Darrin was more influential than successful. He had the right ideas, but the wrong manufacturer. In many ways, he was not alone; the early 1950s were a time when the idea of a sports car was still getting established in America. Nash-Healey, the gold standard in those days, only sold about 500 cars between 1951 and 1955. Allard only sold a few hundred. The Southern California shops Glasspar and Woodill sold cars in very limited numbers too – probably under 100 in total, and some of those were kits. 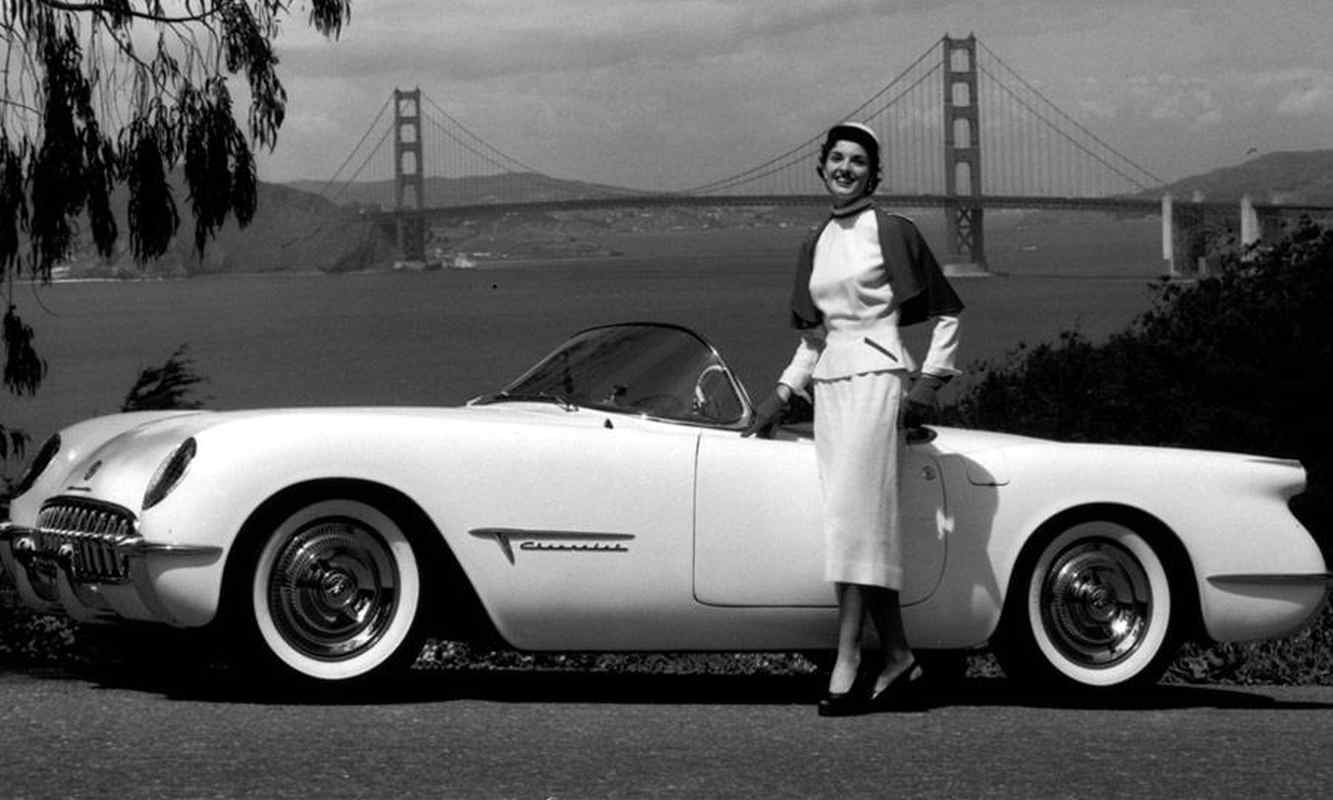 The 1953 Corvette – even with all of GMs resources, the car struggled for five years before establishing itself in the market

Even the big player in the market, Chevrolet, produced fewer than 4,500 cars in the first three years of the Corvette, a quarter of which were not sold. It would take some five years, a redesign, and high-profile wins on the racetrack to establish the market for the Corvette – and that was with all the resources of GM at its disposal.

Part of the problem was the nature of the cars – sunny-weather roadsters in a country that could be notorious for bad weather, with the exception of a few places. Fit and finish were always a problem in the early years. Finally, they were invariably expensive. The Darrin cost more than an entry-level Cadillac or Lincoln, the Corvette just a few hundred less. Nash Healey’s sports car was officially listed at $6,000 – roughly $ 75,000 in today’s dollars – although most were sold for far less than that. It was just too much money to spend on a little sports car, when big convertibles were much more comfortable, all–weather dreamboats. 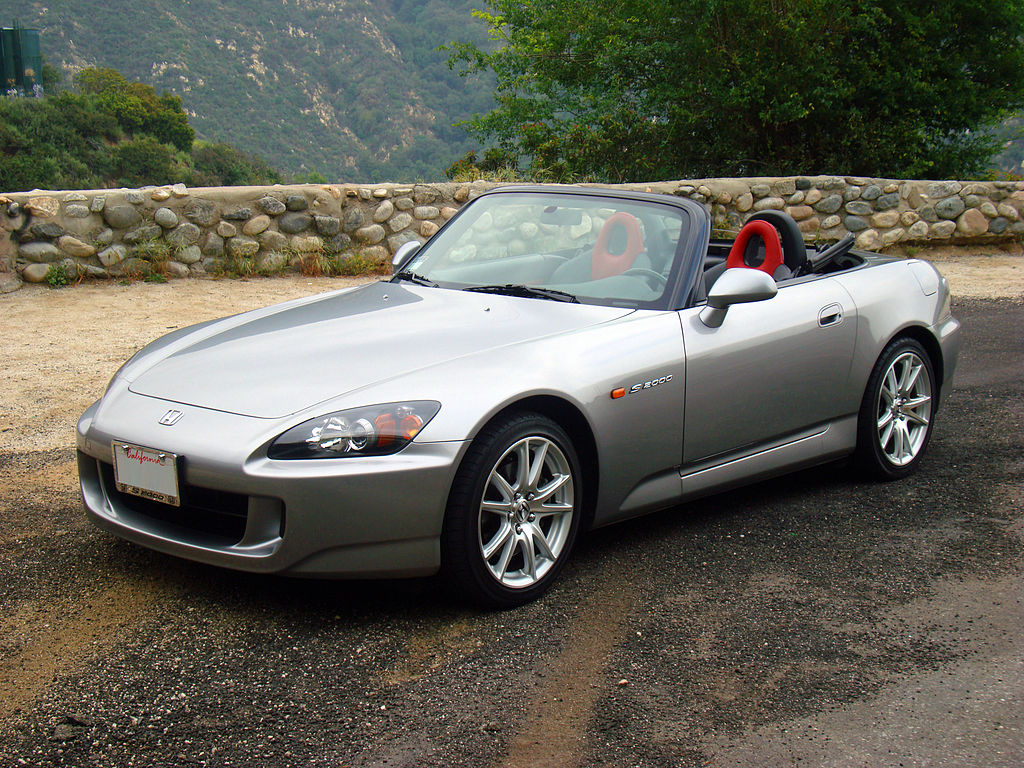 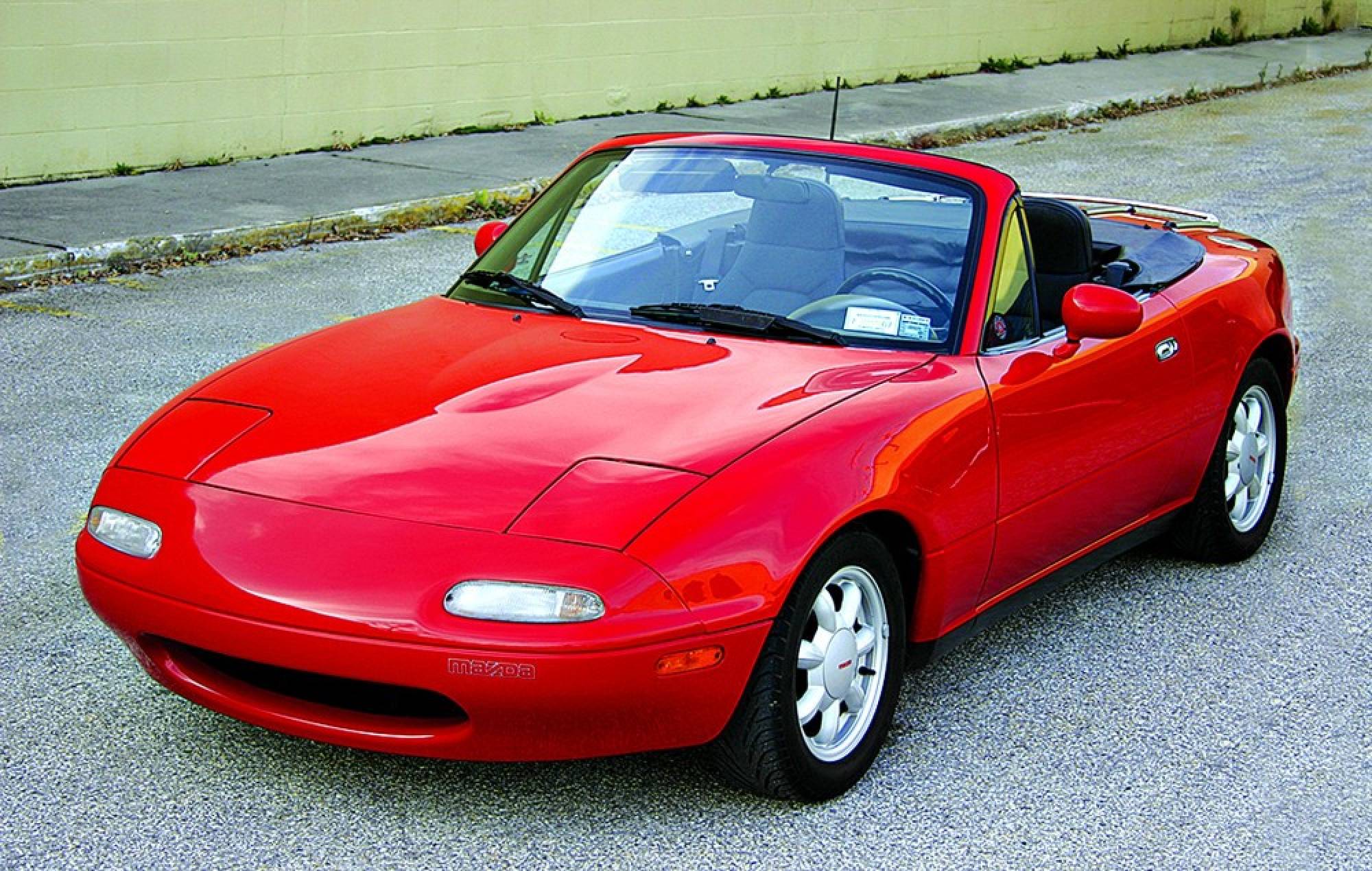 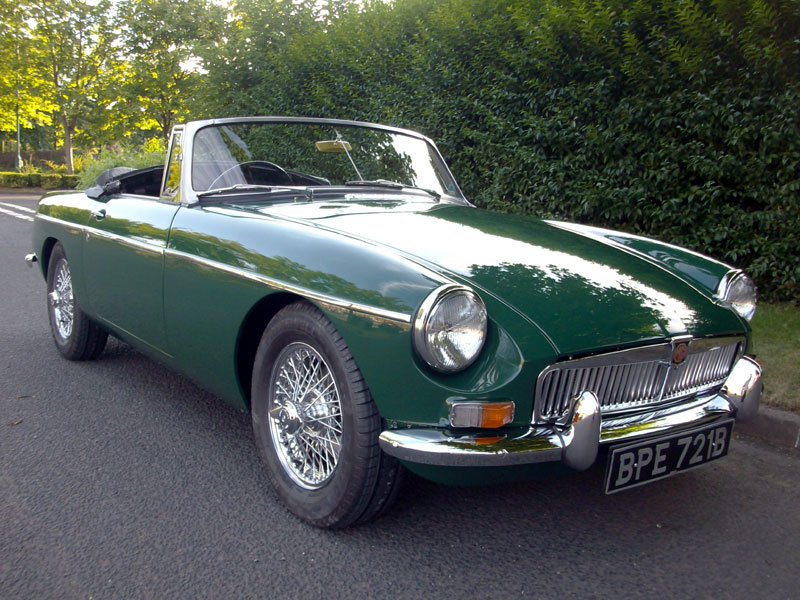 In many ways it was remarkable what Darrin would accomplish, much of it with his own resources. His designs are beautiful – almost everyone’s ideal of what a sports car could be. Perhaps his vision would come to reality with the Mazda MX-5, or the Honda S2000, which seem to embody Darrin’s ideals. But that was four long decades after Darrin’s most active years.

It may seem strange that another company like Ford or Chrysler did not retain Darrin’s services, even as a consultant, but then Darrin’s personality would not have served him well in those environments. Henry Kaiser, a great temperamental bull of man, at least understood Darrin at a fundamental level, and they were both West Coast men with a unique, “outside of Detroit” perspective. And, of course, Kaiser’s wife would make a timely intervention as well. 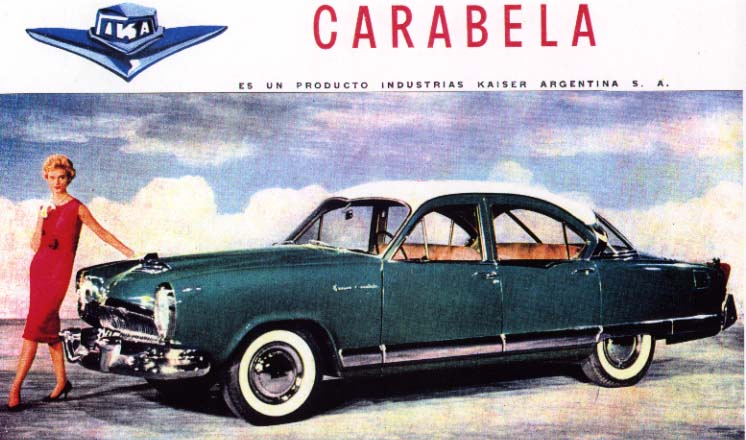 Dutch Darrin would continue to design fibreglass kits of various kinds and do some consulting and coachbuilding work – even for Kaiser’s Argentina unit. But his dream of a sports car for the masses was done. Kaiser’s Darrin was the closest he would ever come to seeing his vision come to reality. He would continue to work in consulting and coachbuilding until his death at the age of 95. 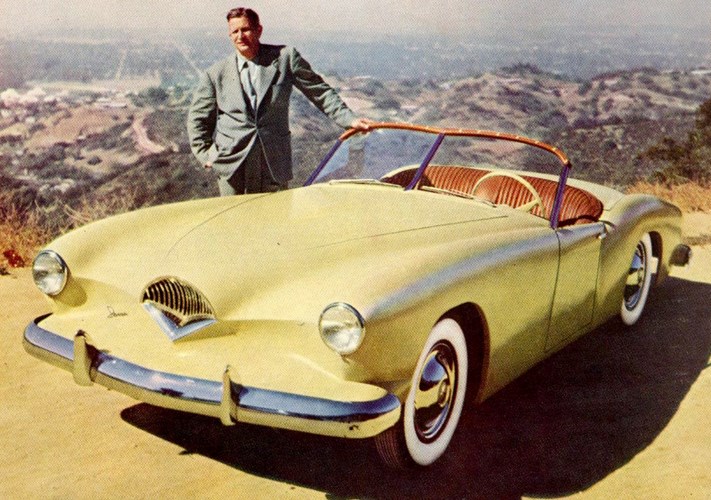 Howard ‘Dutch Darrin’ – pilot, daredevil, inventor, designer, automotive Renaissance man. He was one of the most colourful characters in automotive history, and we are the richer for his life and work