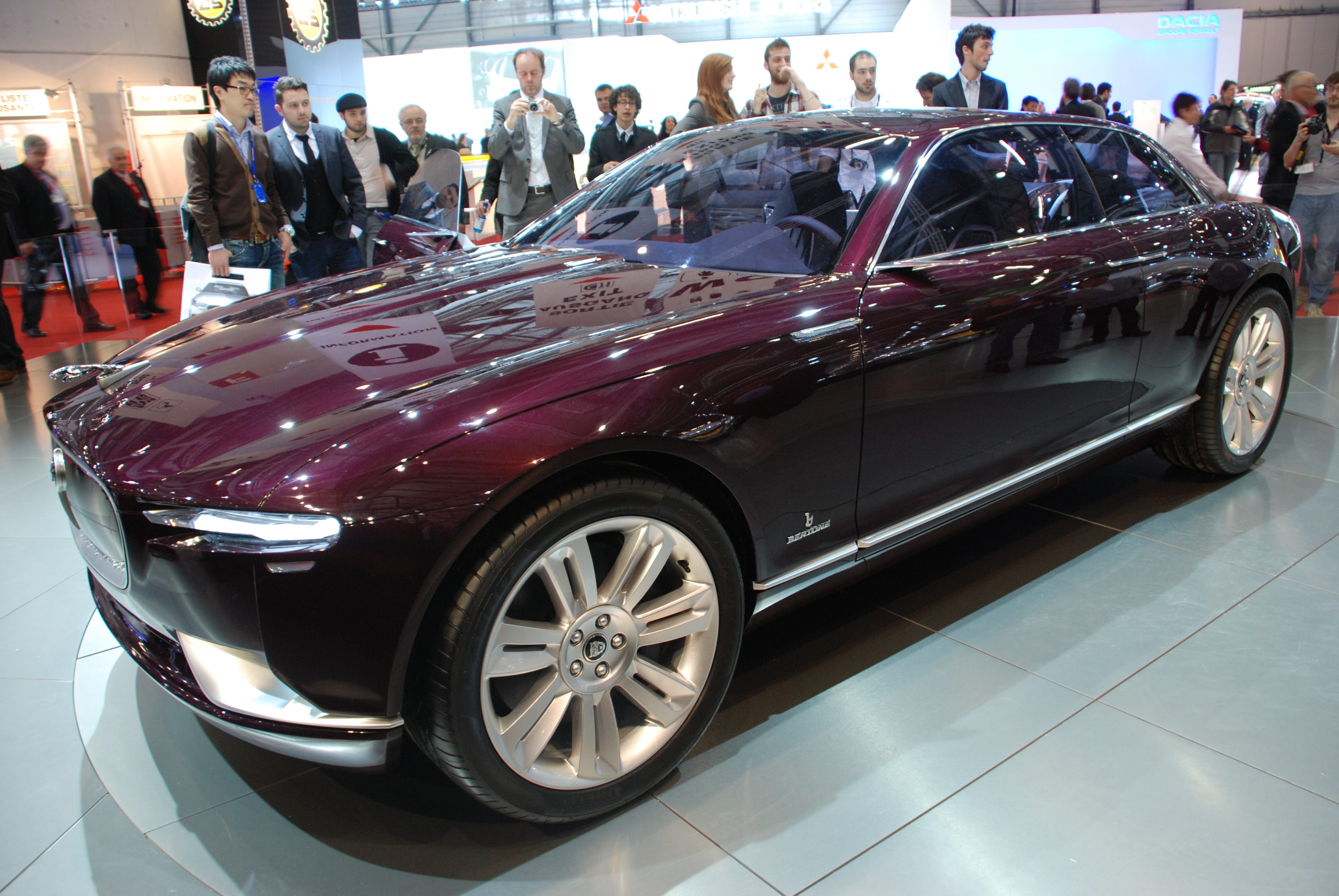 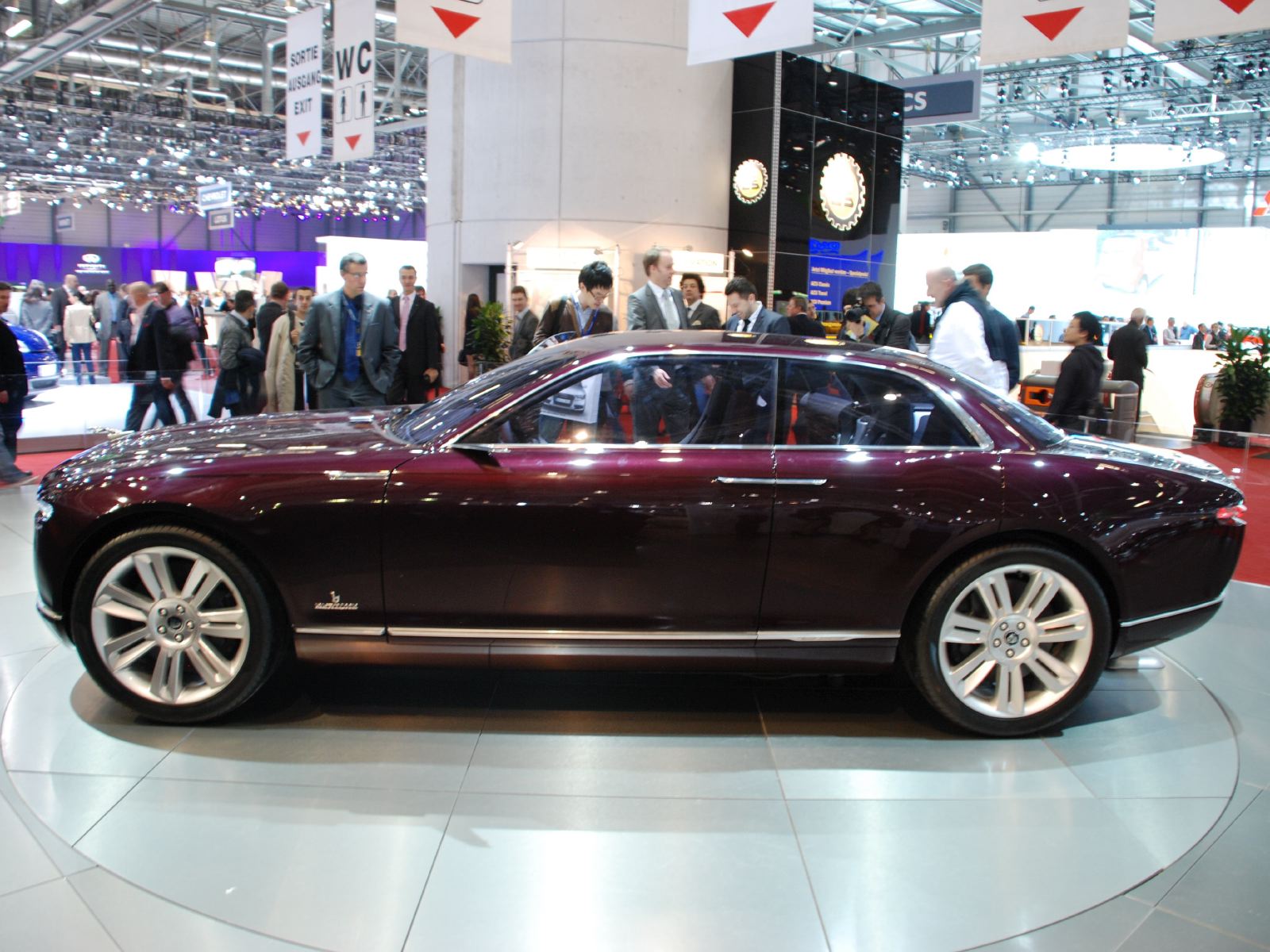 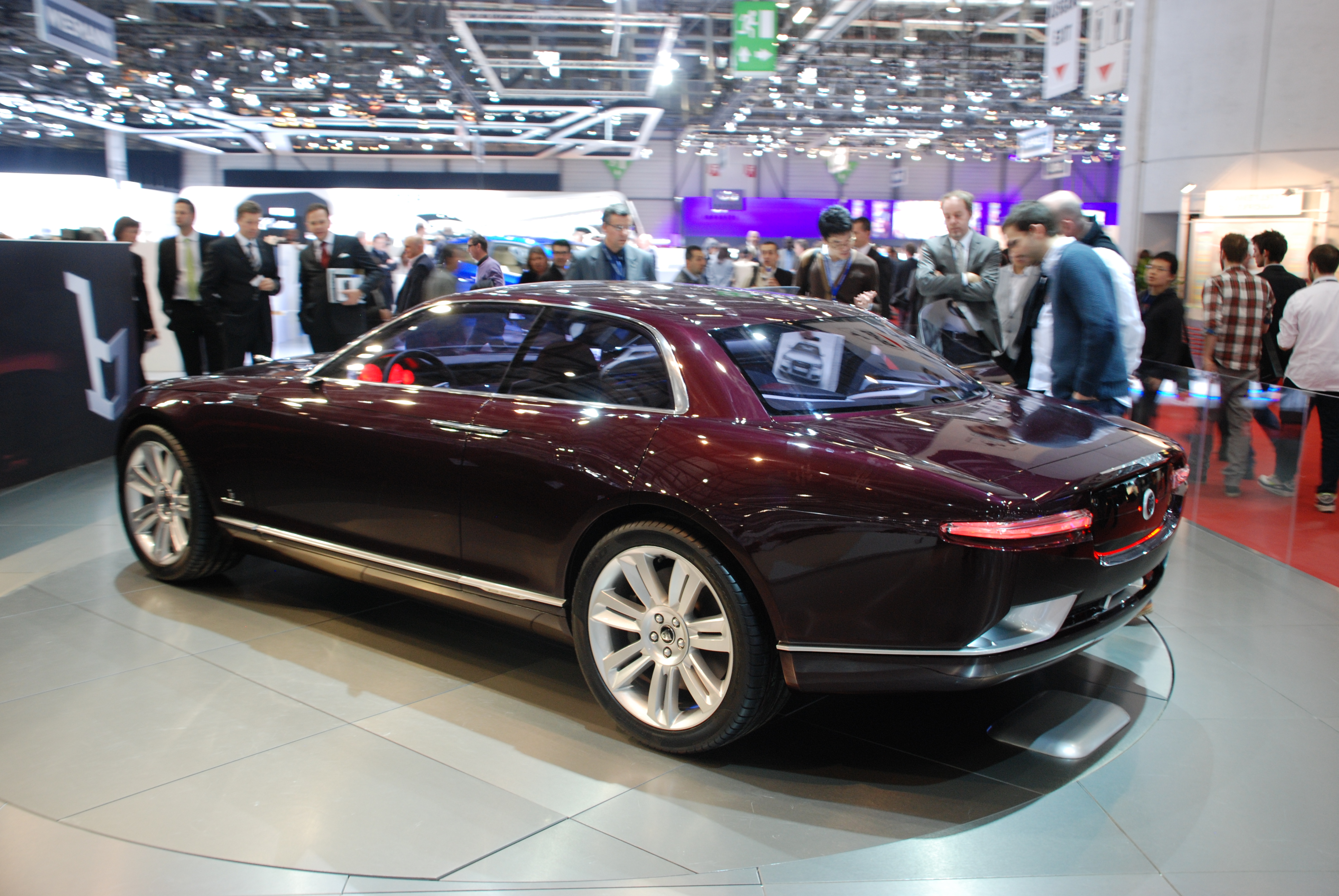 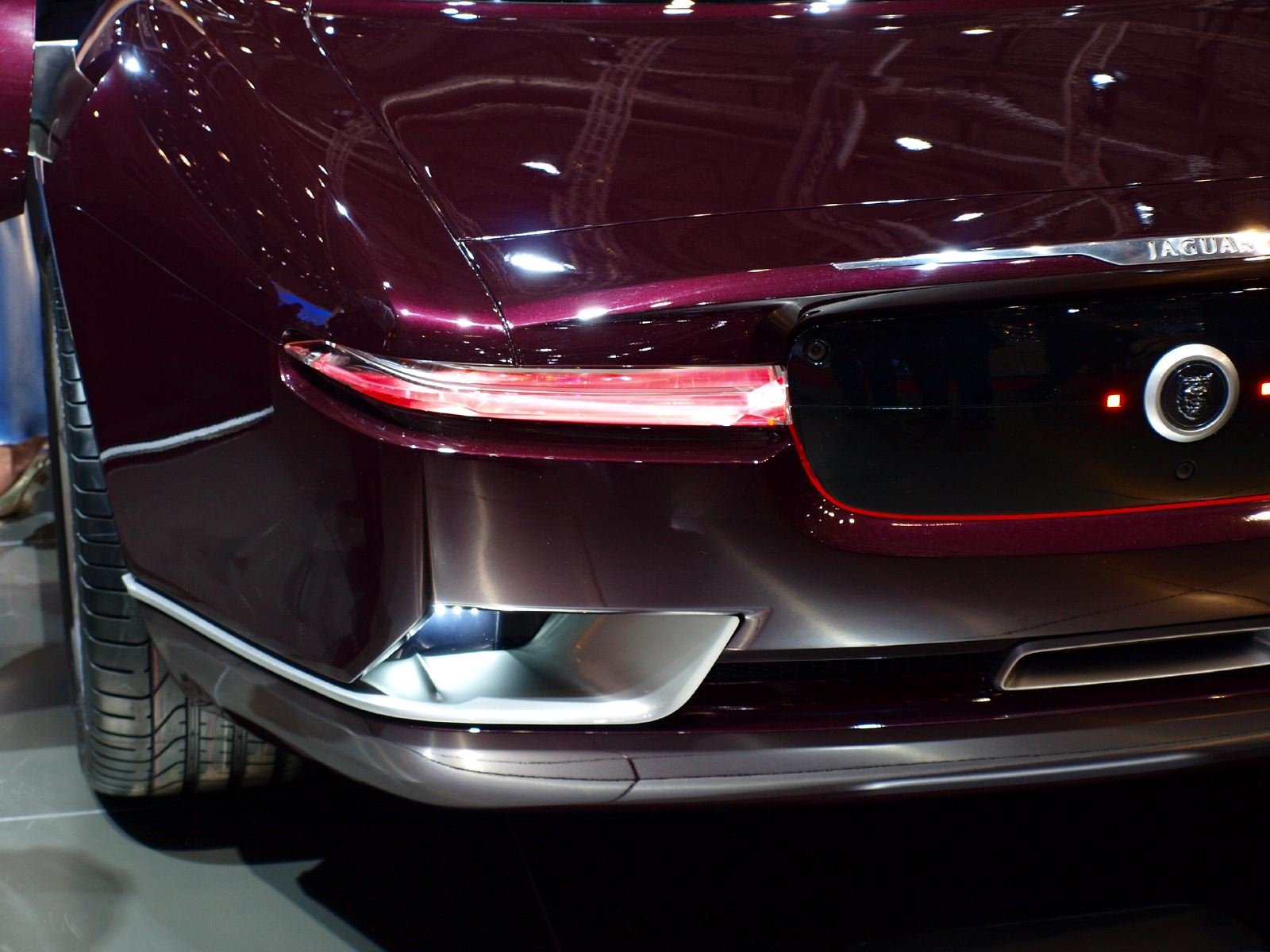 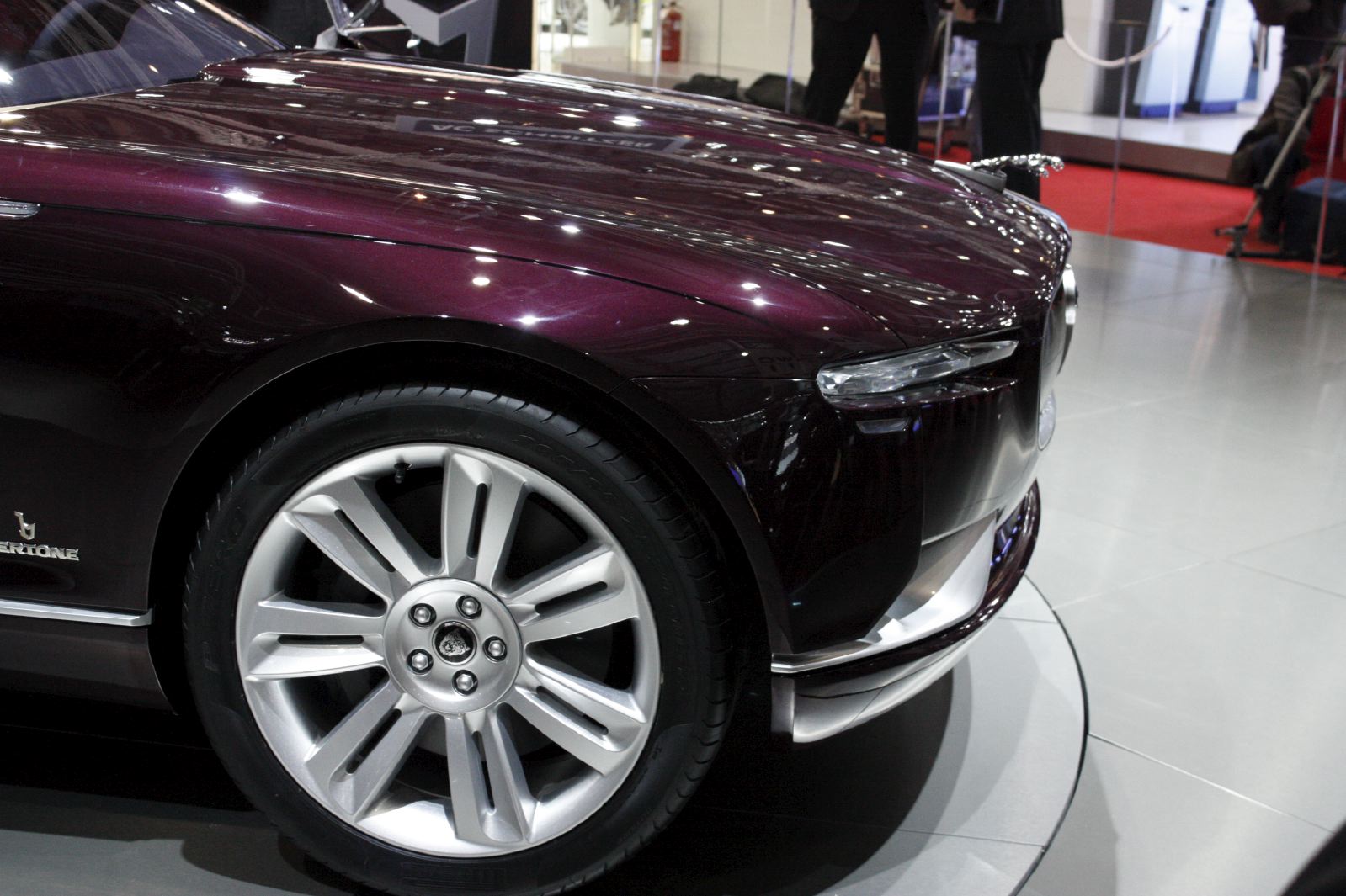 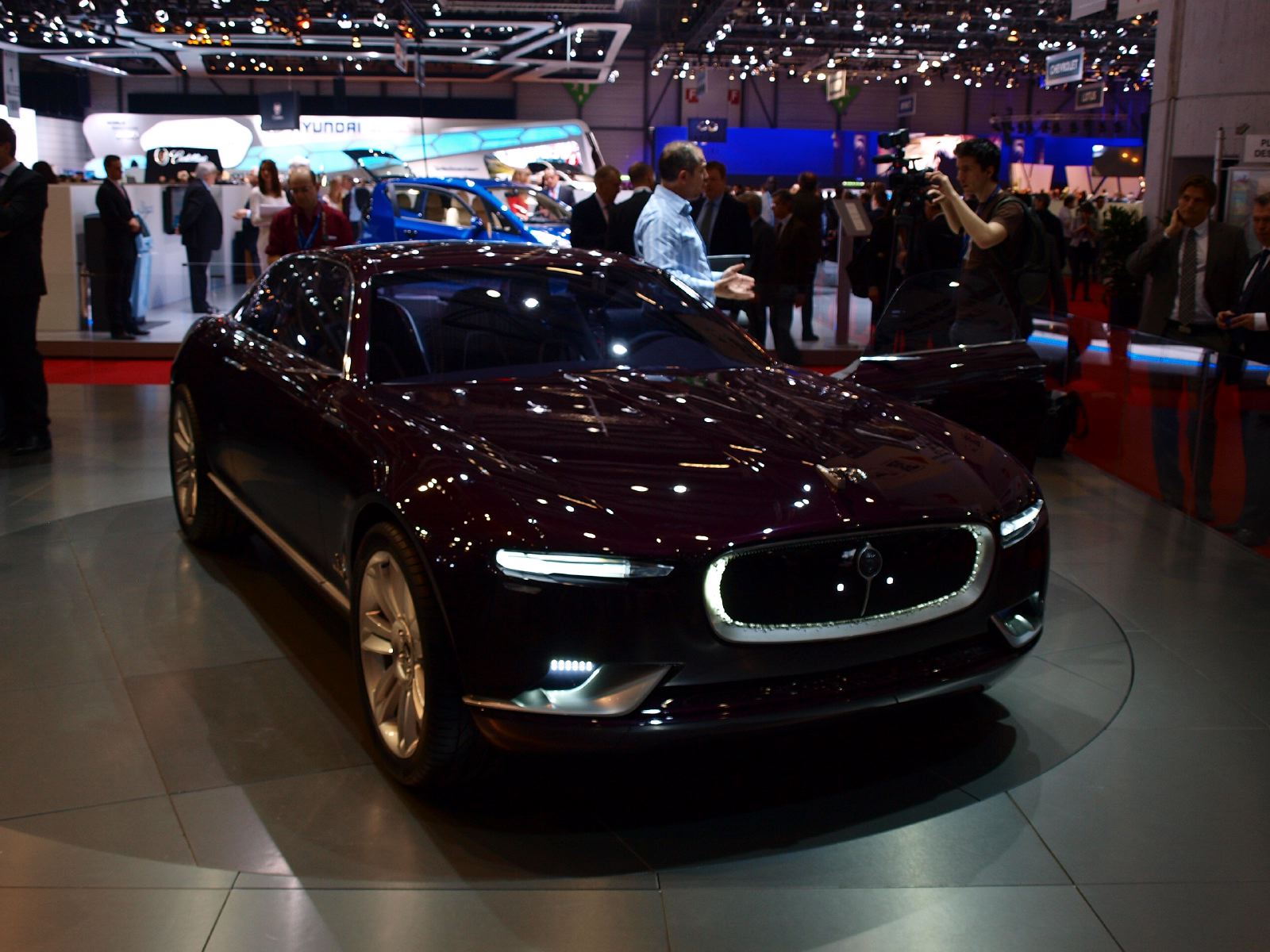 Horizontal headlamps, a break from contempary Jaguars, aim to give a regal look to the B99
Photos: Eric Gallina

This is Bertone's 99th anniversary and, after last year's flamboyant Alfa Romeo Pandion, the firm was keen to show a more strategic concept this year as way of reminding the world of its breadth of capabilities.

The Jaguar B99 project started with some initial discussion between Jaguar and Bertone at the Paris show, with work only starting in early December, according to Chief Designer Adrian Griffiths and Mike Robinson, Executive Brand and Design Director, who showed CDN around the car at the Geneva motor show. 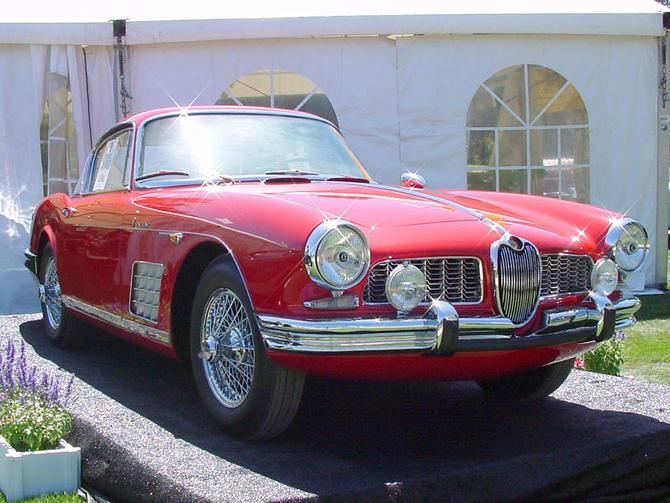 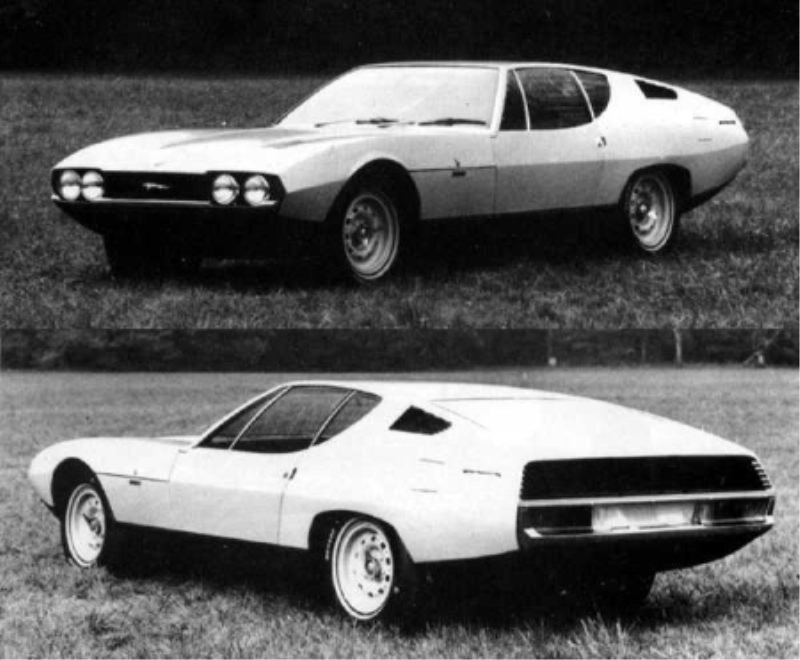 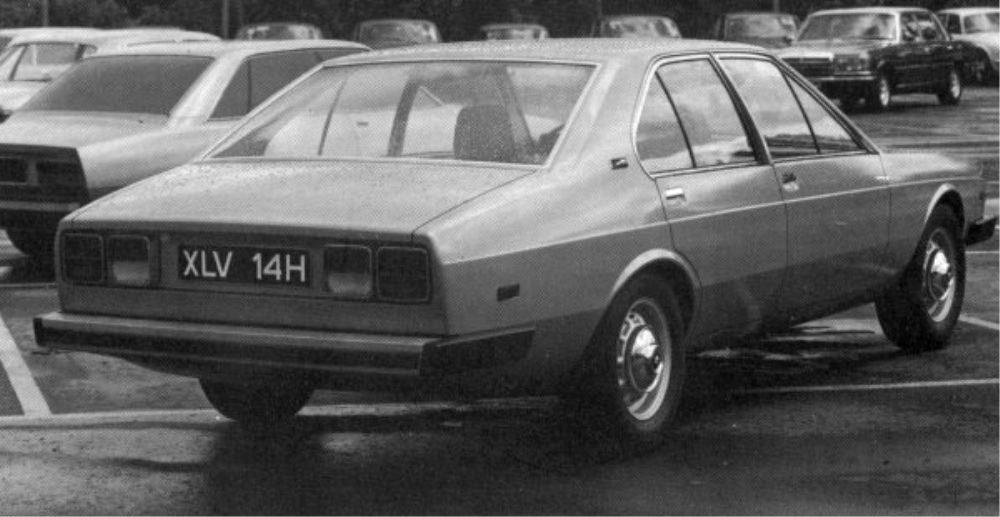 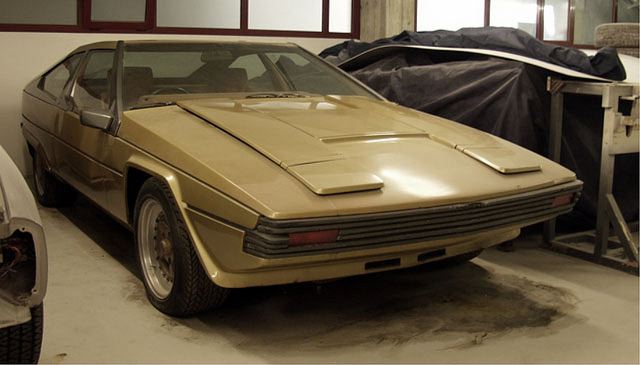 "We presented our research early on to Ian Callum and Julian Thompson just to say 'This is what we're thinking about,' not for them to guide us but to be part of that process".

This is interesting because the relationship between Bertone and Jaguar over the years has resulted in some fascinating proposals, although it's never quite resulted in a commercial success, in the way that Pininfarina have managed with the Series 3 XJ6 in 1979, or the X-Type estate development work a few years ago.

Although the first creation from Bertone was a rebodied XK 150 in 1957, it was the Jaguar FT concept by Bertone's new designer Marcello Gandini in 1966 that was more significant: an airy coupe based on the Jaguar S-Type 420 that was closer to an emerging Michelotti BMW style than to the English brand. One year later Gandini showed the E-Type-based Pirana, which was sponsored by London Daily Telegraph magazine and was a major influence for the 1968 Lamborghini Espada in terms of Gandini's style for Bertone. In 1974, Bertone was commissioned to produce a proposal for a new XJ sedan and then, in 1977, they showed the Jaguar Ascot using the XJS chassis, a gawky creation in the period that produced the unloved Ferrari Rainbow.

So it's been a long gap to the B99. Seen in the flesh, it's a handsome car, in the style of the previous XJ line, with archetypical Jaguar volumes. A horizontal beltline with cabin sat well rearwards, a very low roof and shallow DLO, the distinctive haunch over the rear wheel and a gently falling tail. As with the best Jaguars, this design has a great stance, it's absolutely anchored to its wheels. Note how the chrome lower body line goes straight through the wheel centers, the A-pillar points to the front wheel and the C-pillar rests confidently over the rear wheel - beautiful, traditional volumes. If the architecture is classical, the surfacing however is notably clean with gently blown fenders and, unusually, no wheelarch lips.

Talking to Griffiths, one of the best parts of the B99 project is undoubtedly the designers' analysis of the Jaguar brand. "We did lot of research on Jaguar, not just Britishness, but also the animal. It's a very quiet animal, it arrives with silence. Not like a Ferrari, a horse that arrives with lots of noise and vibration, but a Jaguar just arrives. Wow! It just arrives in one powerful leap, in stealth - that's a fantastic characteristic".

The front grille leans forward, adding tension to the hood and the slim horizontal headlamps are absolutely horizontal, not angled up or down as on some contemporary Jaguars such as the XK.

"The eyes are set high, giving us a look of high command. It's a regal look, nothing arrogant here, just a noble, confident look," says Griffiths.