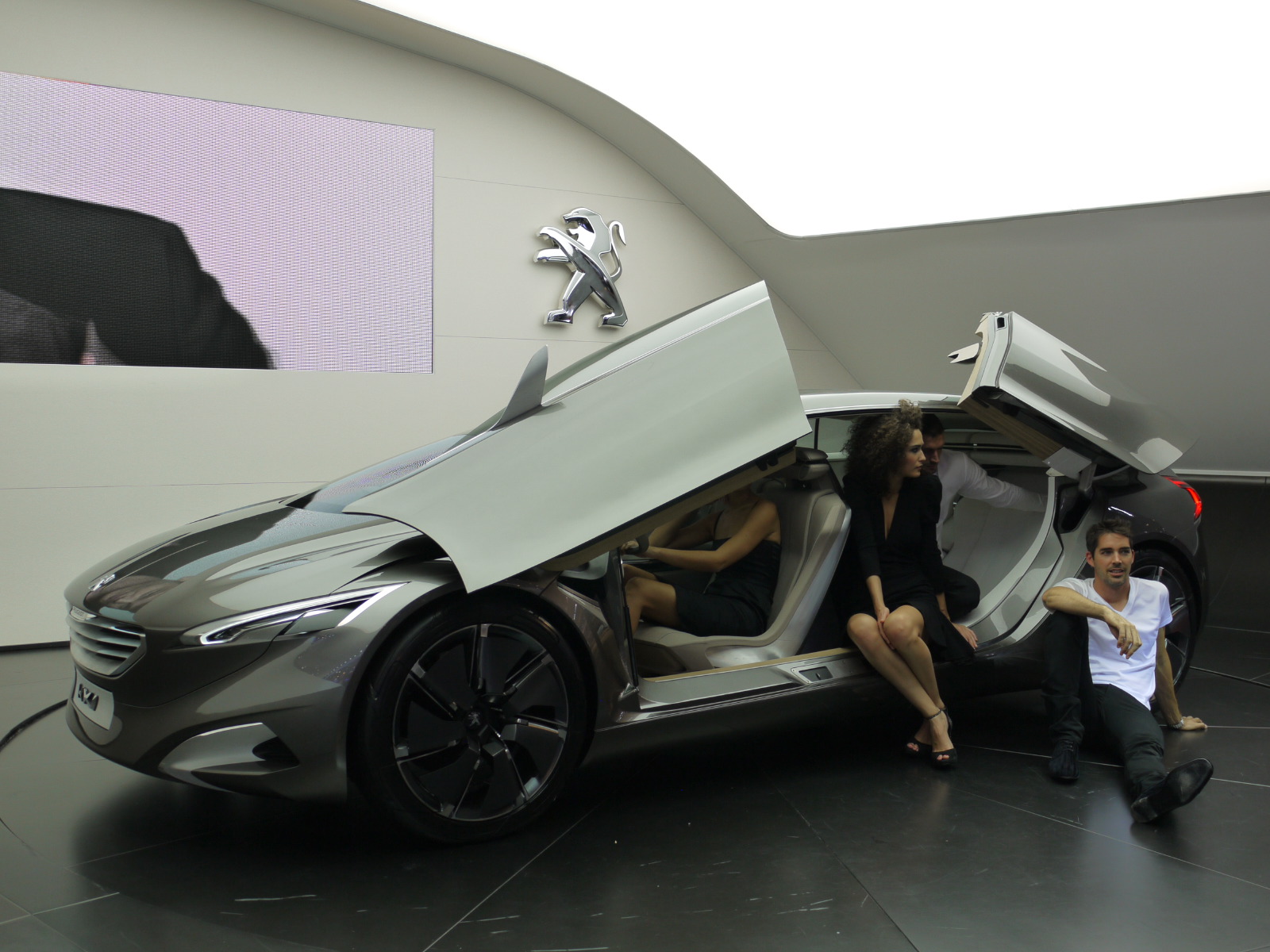 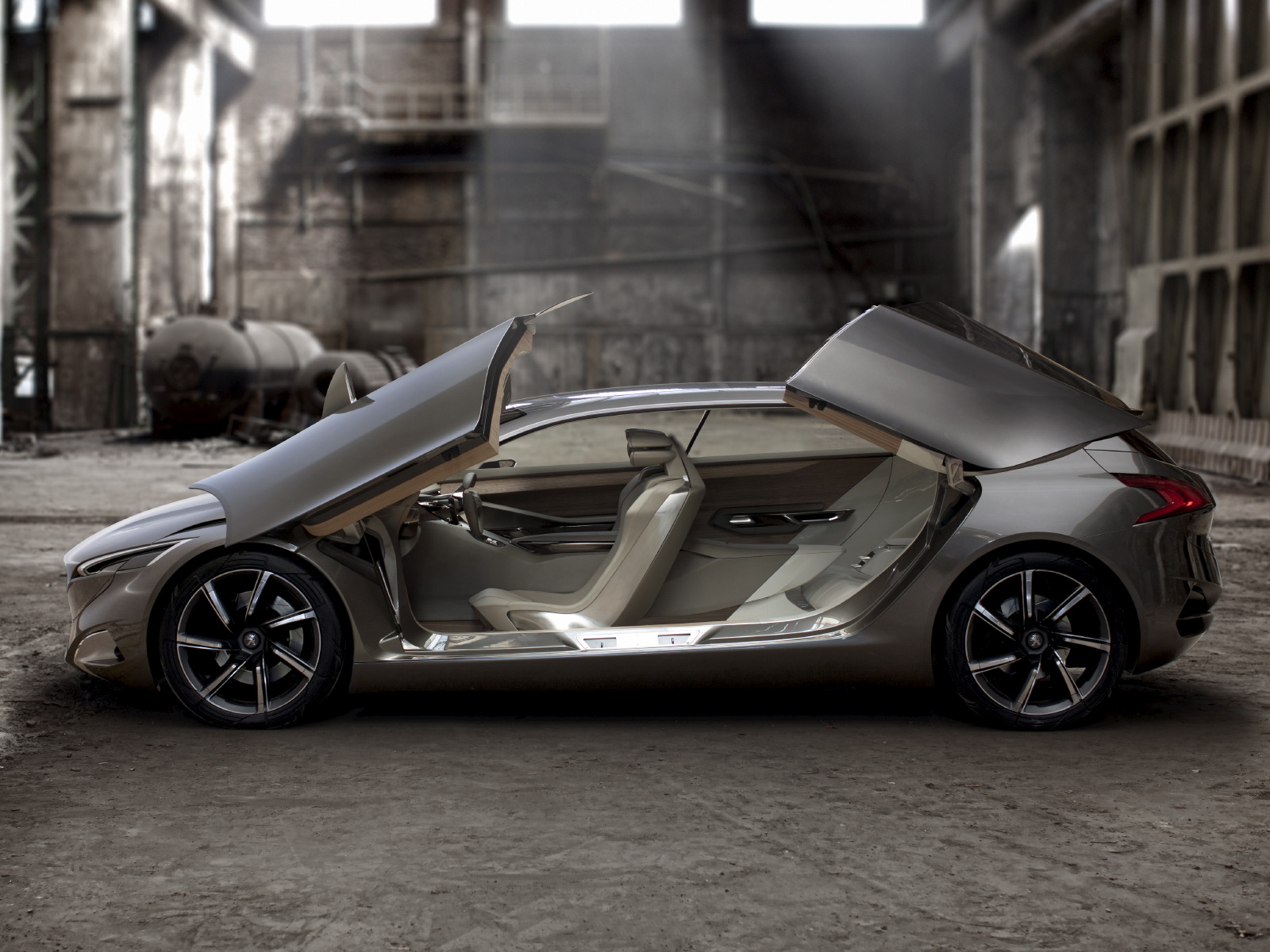 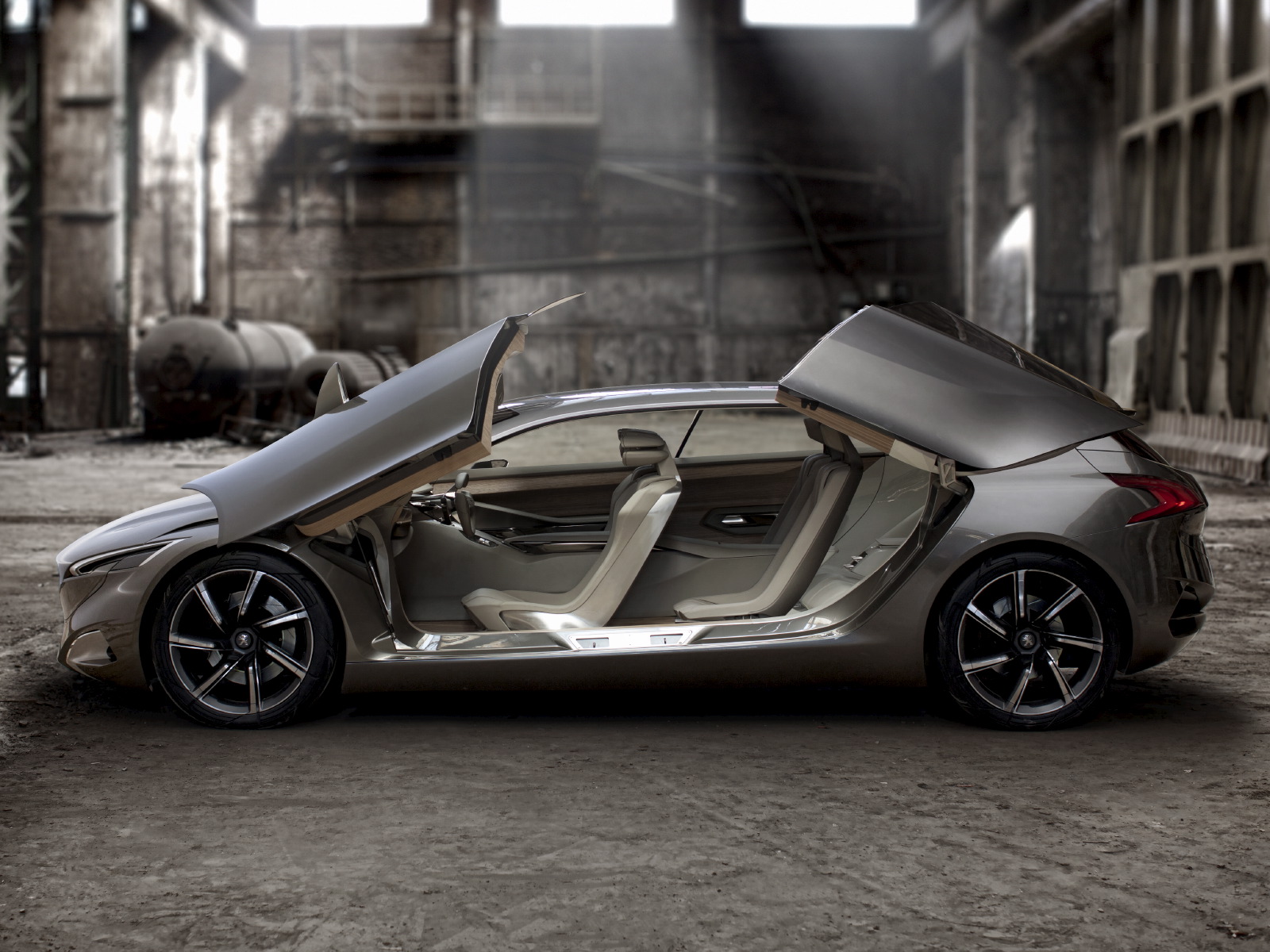 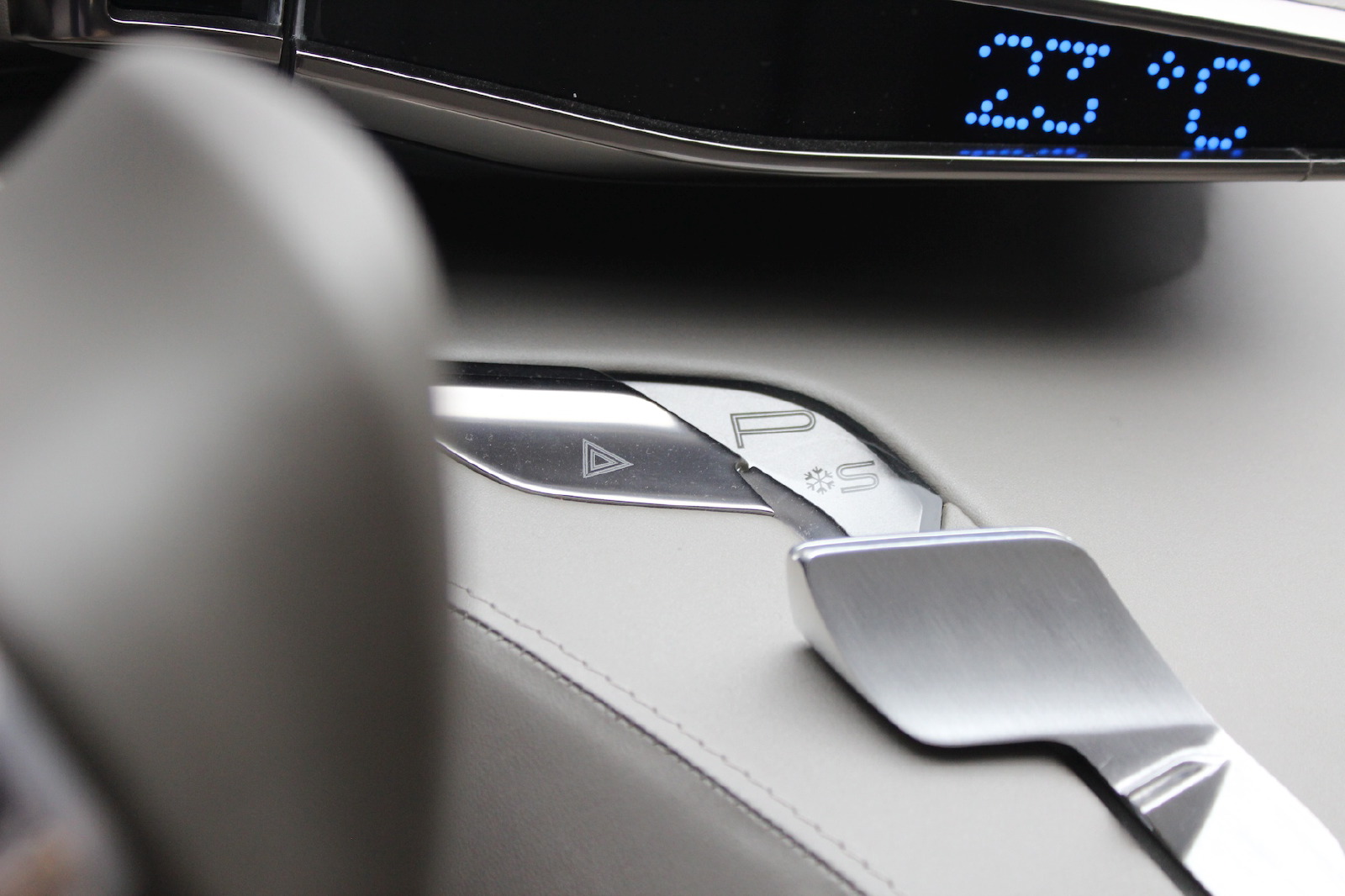 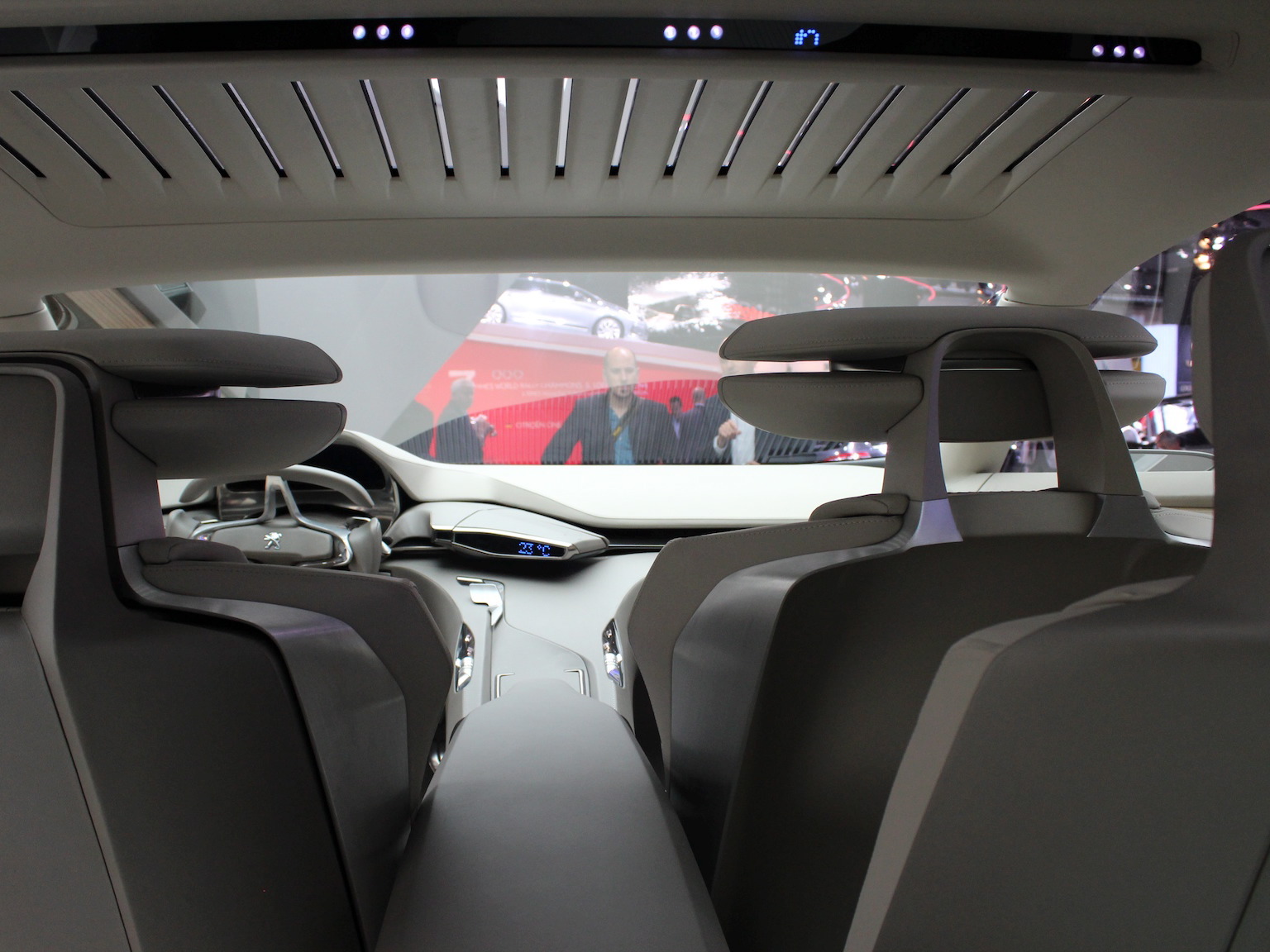 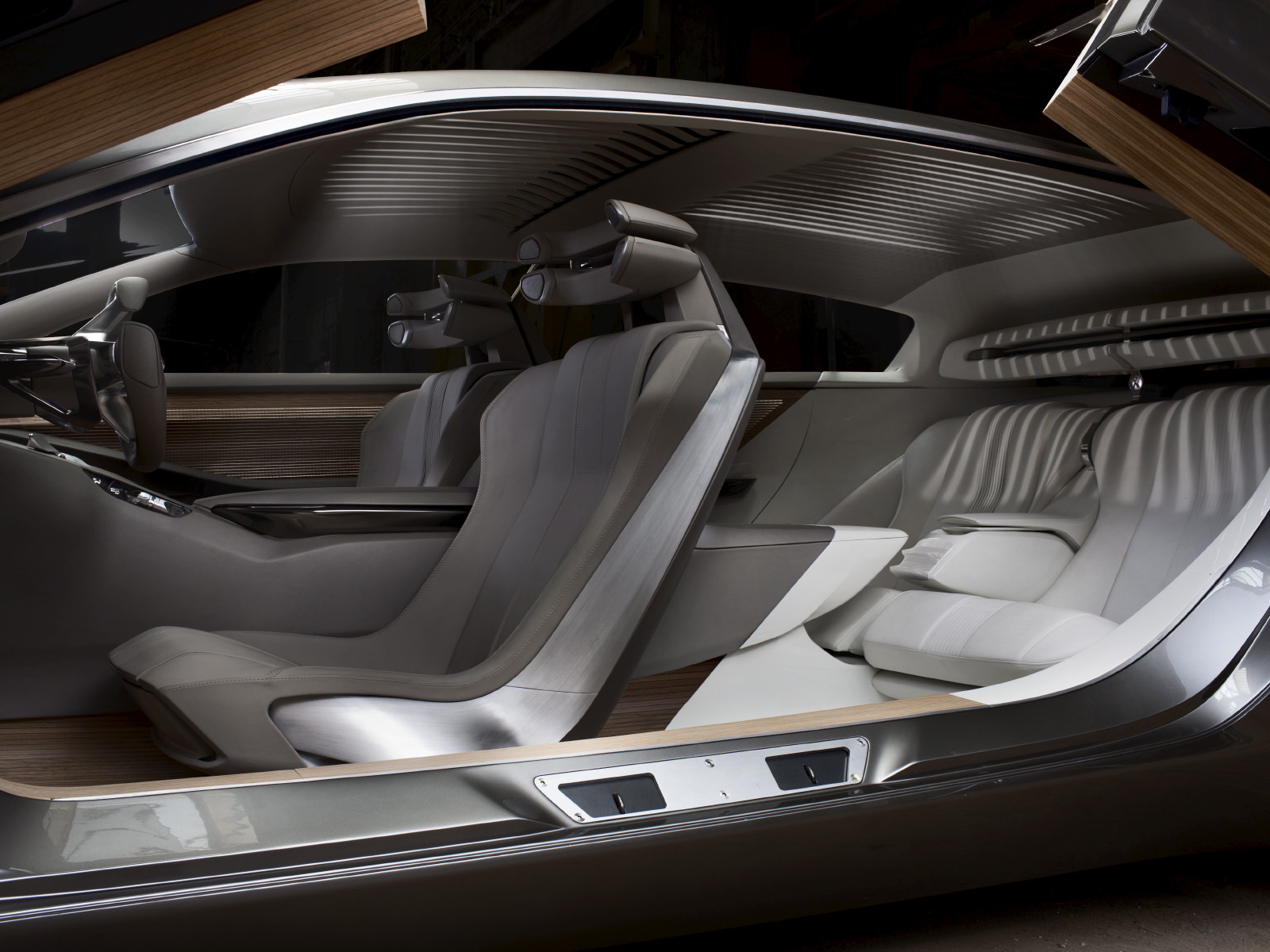 Interior exudes opulence and offers more space than any limousine

The Peugeot HX1 was a rather surprise star of last week's Frankfurt motor show. Not a surprise in the sense of its presence - the days of unexpected motor show unveils are sadly numbered - but a surprise that we were so enamored with it.

Usually we'd start a design review by discussing the exterior of the car, yet while the HX1's coachwork is interesting in its own right, it's the interior that really breaks new ground, so for once we shall work from the inside out. 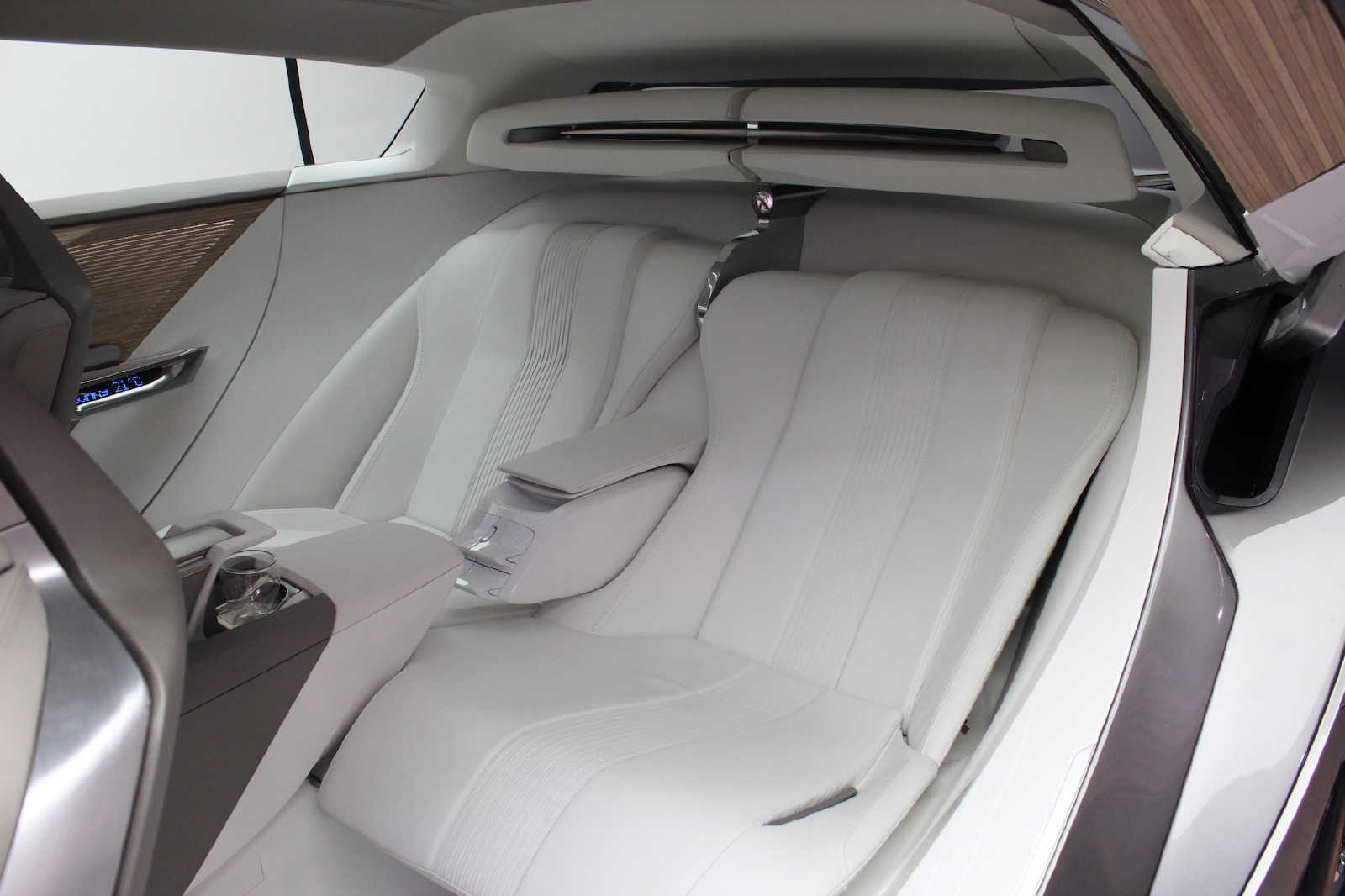 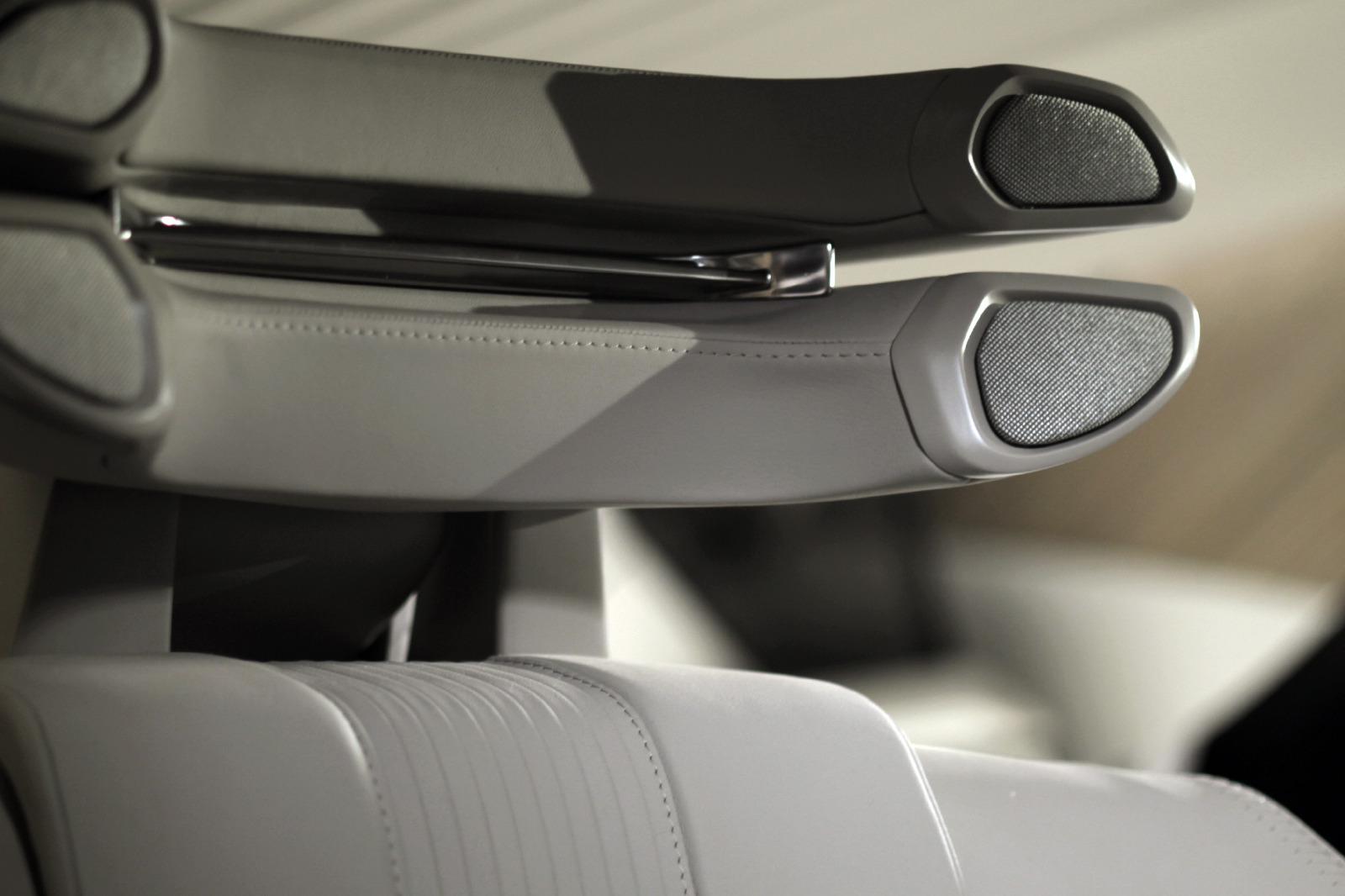 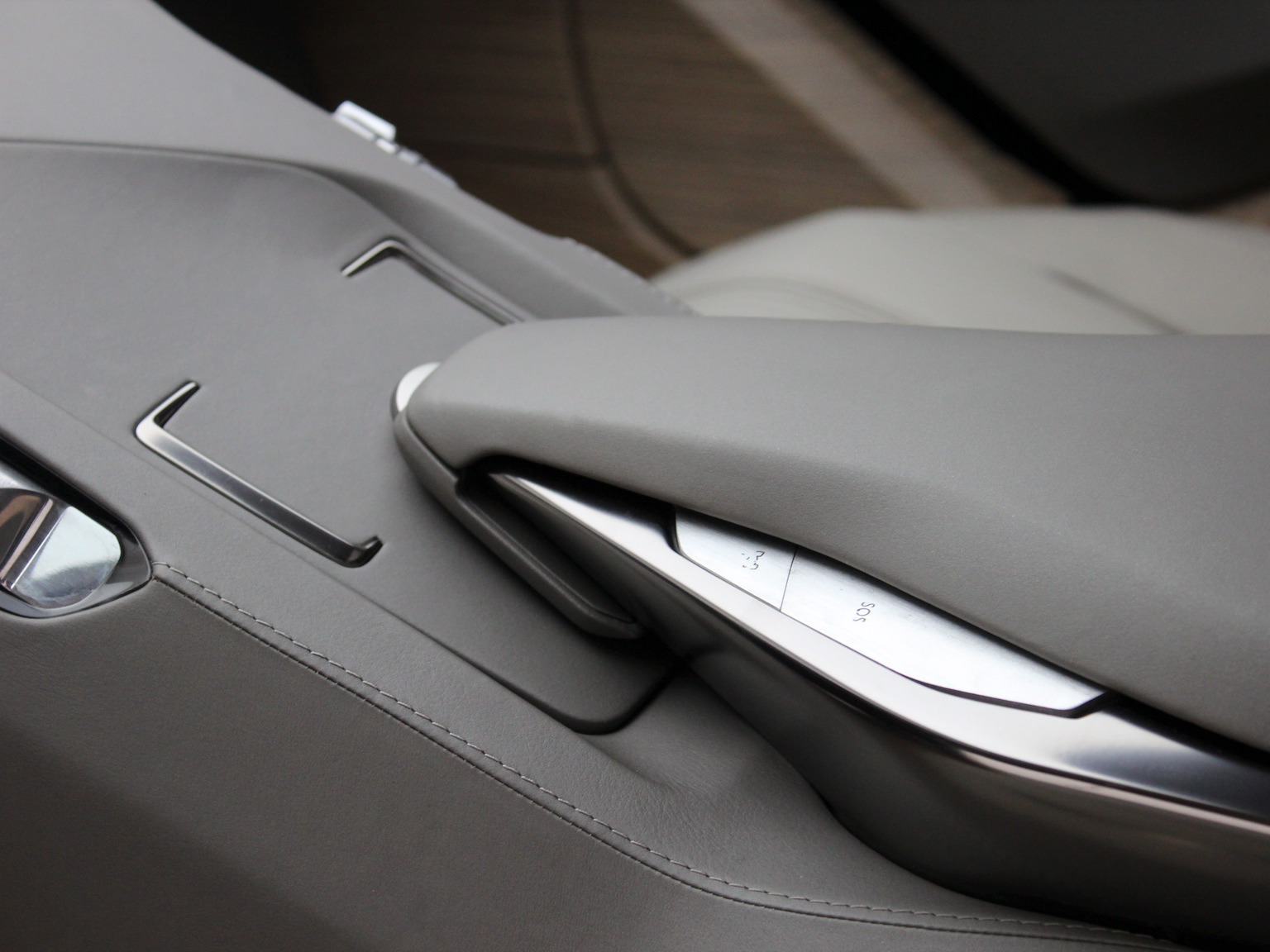 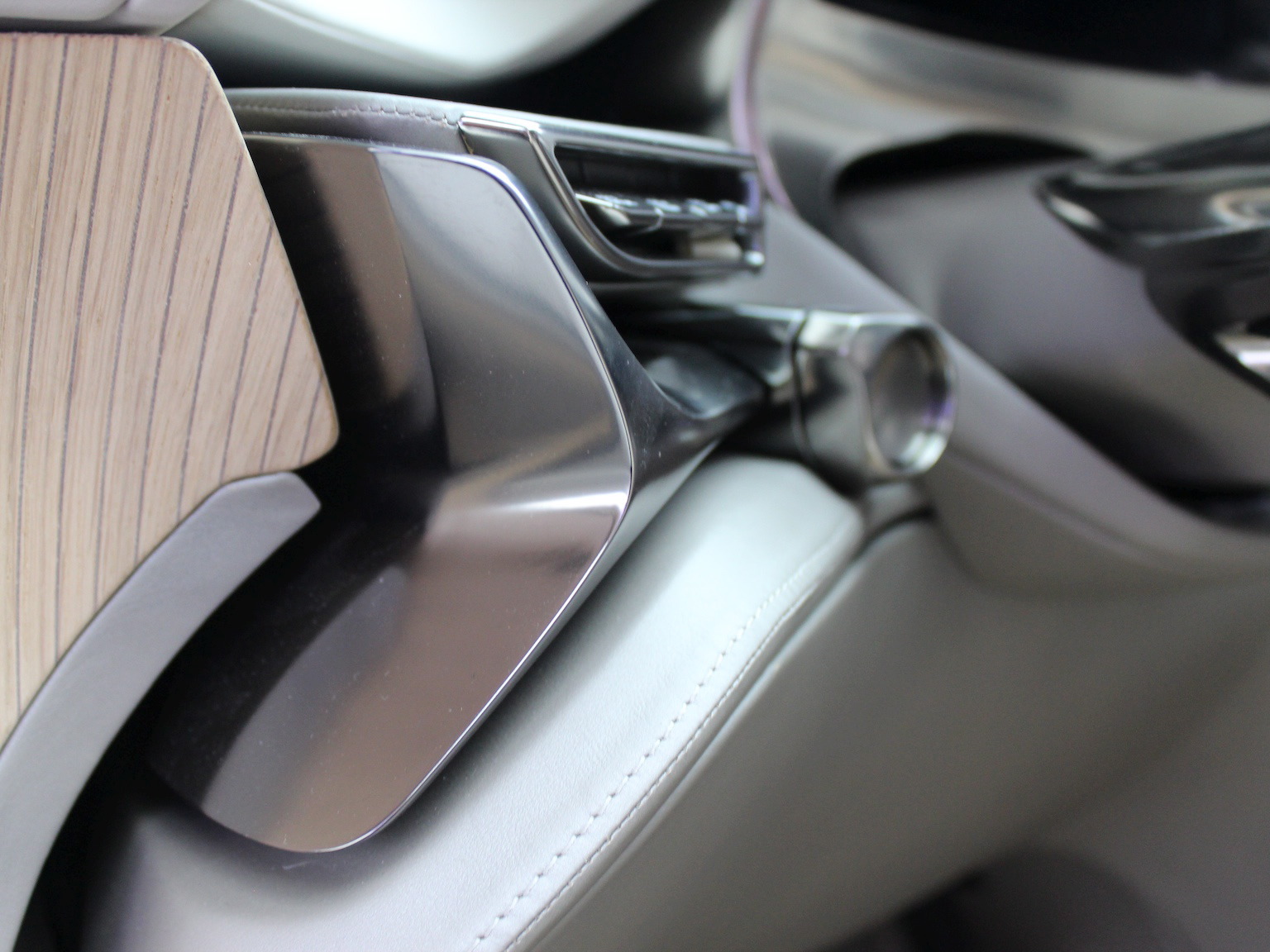 IP embodies a variety of materials 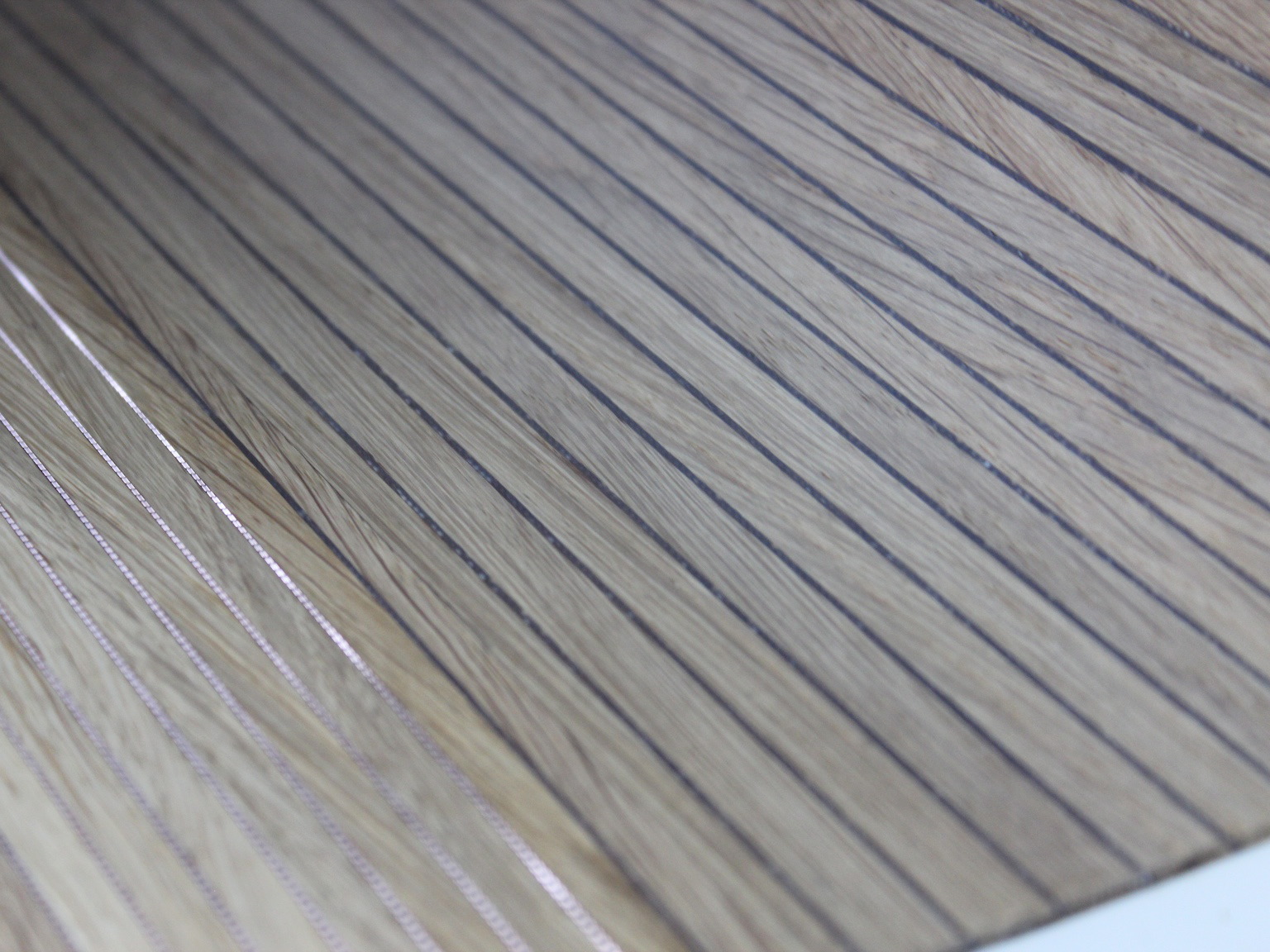 The most notable aspect of the HX1's interior is its architecture; an MPV, but not as we know it. Traditionally, cars with three rows of seating have a hierarchy that descends from front to rear, with those stuck right at the back sitting on their occasional seats in cattle class, with little space and a disconnection form the rest of the occupants. The HX1 flips this idea on its head by giving dominance to row three, with the occasional 'rumble seats' gliding from the rear surface of the front seats, developing the flexible seating shown in last year's HR1. The previous year's BB1 city car underlines Peugeot's growing synonymity with innovative, space-efficient seating solutions.

The result of this innovation in the HX1 is an entirely new proposition. With the occasional seats stowed, the rear of the cabin is a vast, opulent lounge, with more legroom than any limousine you care to mention. "In the rear we have created the 'coupe franche' [clean cut in English]", explains Amko Leenarts, Head of Interior Design. "It's as if we dipped the entire car in a pot of paint. So everything including the console, including the seats, including all the buttons are white and it gives cocoon type of feeling, which puts value on the rear passengers, almost more so than those in the front."

And contorting around the rather silly rear door (it does its best to be in exactly the most inconvenient place when open) and falling back into the low, reclined rear seat, the sense of serene, understated luxury is undeniable. Roof-mounted displays giving temperature, speed and destination information adds to the sense of long-distance travel via high-speed train or private jet. The former is particularly interesting in the Chinese context, a market within which Peugeot is poised to feature very strongly. The marble coffee machine, which changes temperature when ready thanks to the material's inherent properties is another nod to luxury cruising. Yet, with the middle seat in place and the rear seat moved to a more upright position, there's as much physical space and far more sensory space for all than in any similarly-sized MPV.

The sense of movement is enhanced by the longitudinal line motif that features on the seats, in the wooden door cards with their sandwiched LED illumination and the slatted headlining. "The idea is that we personalize every place, but very much 'dynamized' towards the front of the car," says Leenarts. The 'personalization' is reflected in the head restraints, which feature speakers, allegedly allowing each passenger to listen to different music.