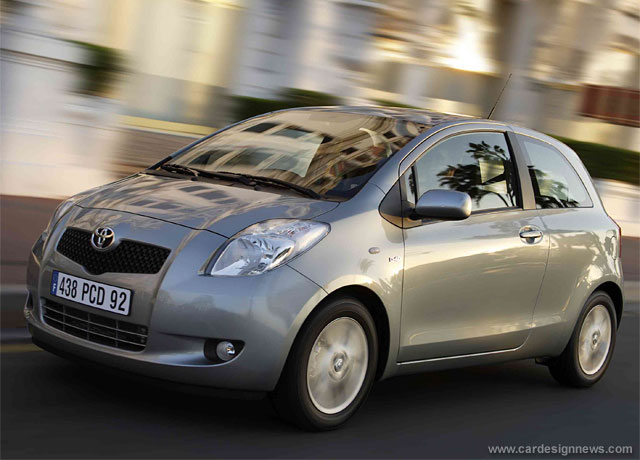 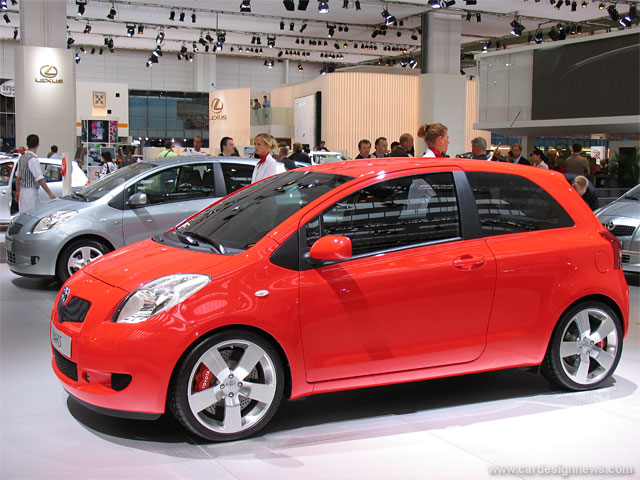 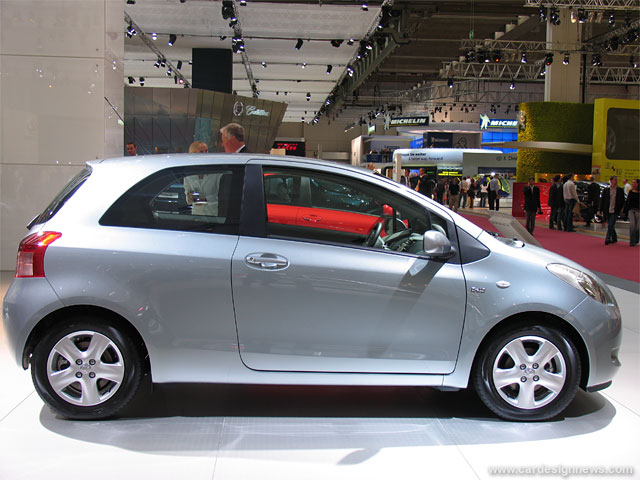 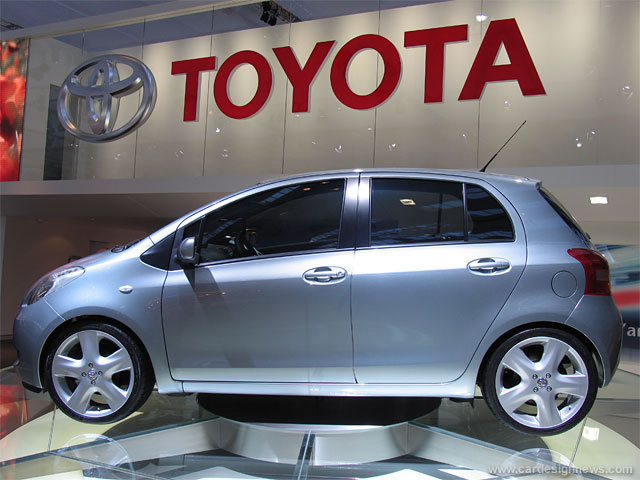 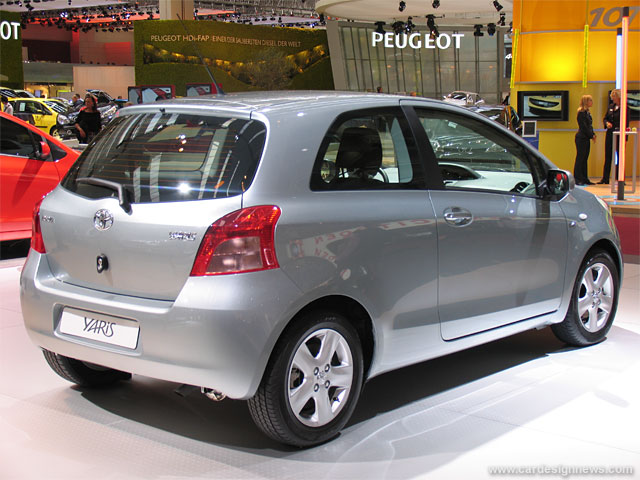 The Frankfurt Motor Show in September was notable for the number of important European market B-class cars launched; the Renault Clio, Fiat Grande Punto and the Toyota Yaris. Whilst Fiat and Renault have been producing best selling cars in this second largest car class in Europe for three decades, Toyota is a relative newcomer with several generations of Starlet selling only in tiny quantities before the arrival of the first Yaris in 1999, which impressively has managed to reach sales of over 200,000 per year - about half as much as the class leaders. 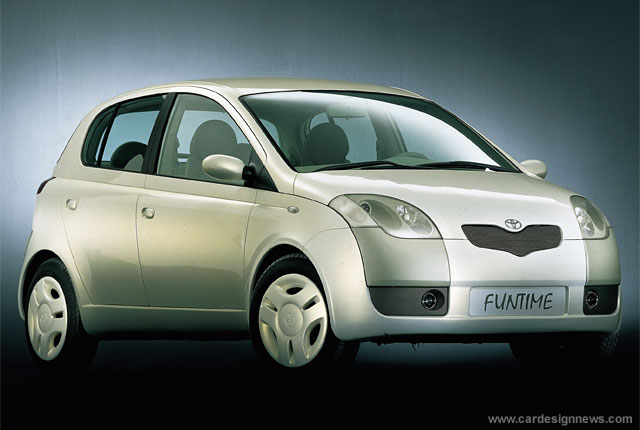 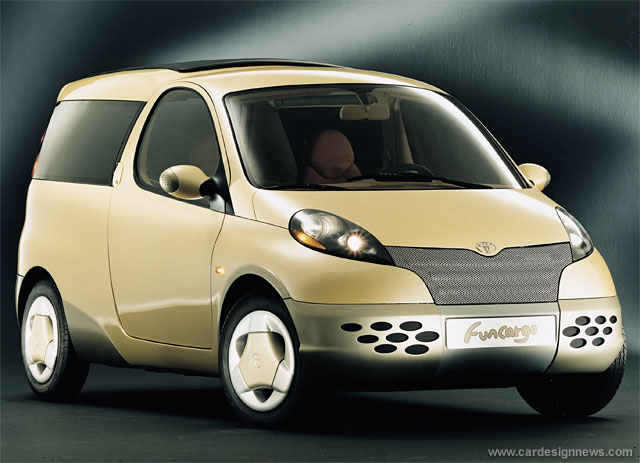 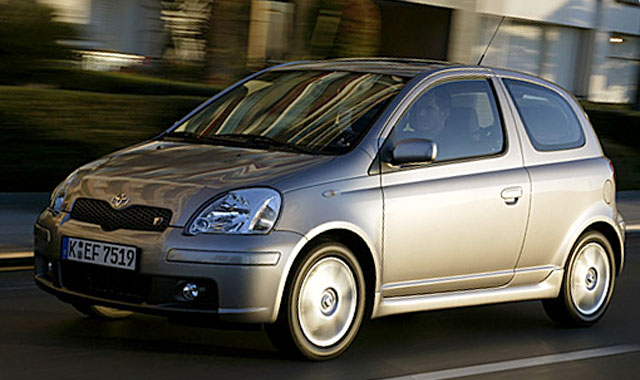 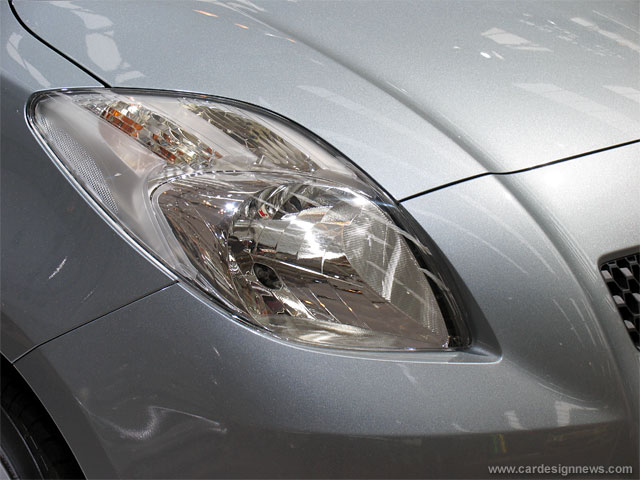 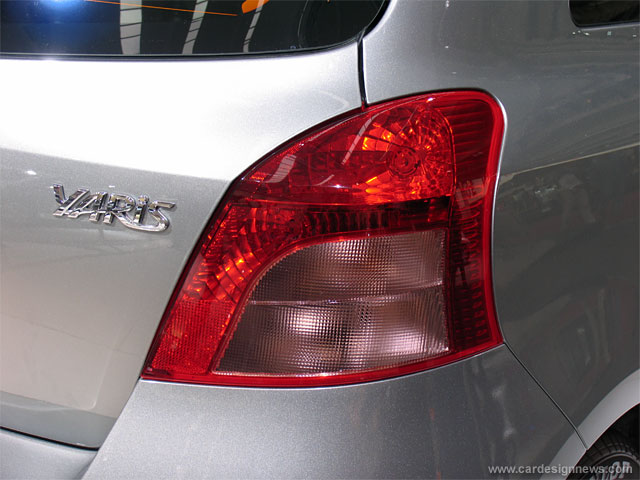 Based on the three 'Fun' concept cars (Funcargo, Funtime, Funcoupe) from 1997, the original Yaris was the first Toyota designed for Europe in the then new Toyota European Design Centre, ED2, in Nice.

Whilst it has been a commercial success, its diminutive size and slightly 'cutesy' design identity meant that is straddled the A and B European small car class to the detriment of even greater sales success. Now with a smaller Aygo in the range, the second generation Yaris has grown in size and design maturity to be more clearly a B-class car and one likely to more seriously challenge Europe's domestic brands.

Although 110mm longer, 35mm wider and 30mm higher, the Yaris preserves its predecessor's slightly dumpy proportions with dimensions that conform to the class norms except for still being 150 - 250mm shorter. This is less evident than previously as Toyota have been more clever than their European competitors at minimising the front overhang necessitated by new pedestrian impact legislation. This means that most of its reduced length is within this area ahead of the front wheels which is far less noticeable than were it within its wheelbase.

The car's slightly truncated proportions are also countered with a strong stance from a good wheel-to-body relationship and thick-section rockers that pull out the lower sides with a crease that also visually reduces the car's height in profile. Complementing this is another feature line that stems from the side indicator repeater light as it did uniquely on the earlier Yaris, albeit then as a less conventional concave not convex crease.

Also stemming from the original car are similar front graphics with tall headlamps separated from a grille with Toyota logo pushing down into the grille shape and neatly echoed with a similarly shape recess pushing from grille into bumper. The straight lines that flow down the hood surface into the bumper and round the lower grille similarly stem from the original Yaris as do the 'hooked' rear lamp shapes. Elements such as the rear window that 'bumps' over the Toyota logo and the dynamic lower edge of the DLO come more from the Corolla Verso. Otherwise the exterior has little new notable design elements, which might be a missed opportunity except that the design's impressive homogeneity and refinement combined with the developed 'classic' Yaris elements to make it a still relatively distinctive car and one now with the substance and maturity to compete head to head with cars such as the Polo, Fiesta and new Clio.

Only a slightly rotund quality and a slight lack of attention to minor details like internal lamp graphics (or lack thereof), cheap 'stuck on' boot handle, lack of bumper rub strips and 'me-too' alloy wheel designs mitigate against it relative to its European competition.