As we reported in May, Jaguar has sponsored two design projects at colleges in the US, one for students of transportation design from Pasadena's Art Center College of Design, and the other at Academy of Art University in San Francisco.

ACCD students were tasked with designing exterior and interior concepts for a Jaguar sports car of the year 2030. These projects have now concluded and Jaguar is reviewing the work that was produced.

Several common themes emerged: as the target customer for the year 2030, millennials were the focus of many projects, while the theme of video gaming imagery or controls entered several designs. Here are the highlights: 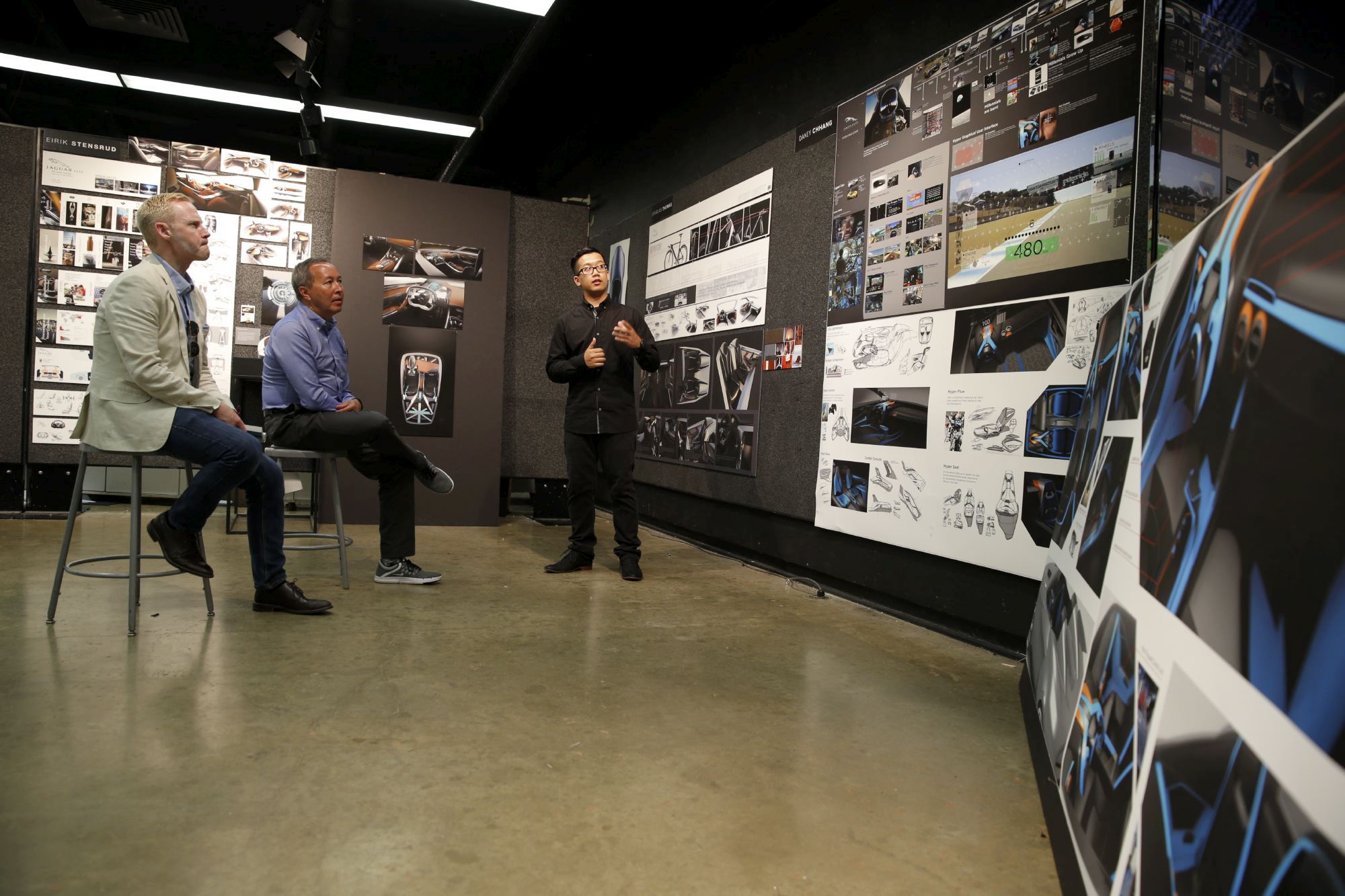 IlJung Jeong, Edgard Calderon, and Matthew Schreiber designed their cars to gather a larger, younger customer base, and to inspire a new generation of sports car drivers and collectors. 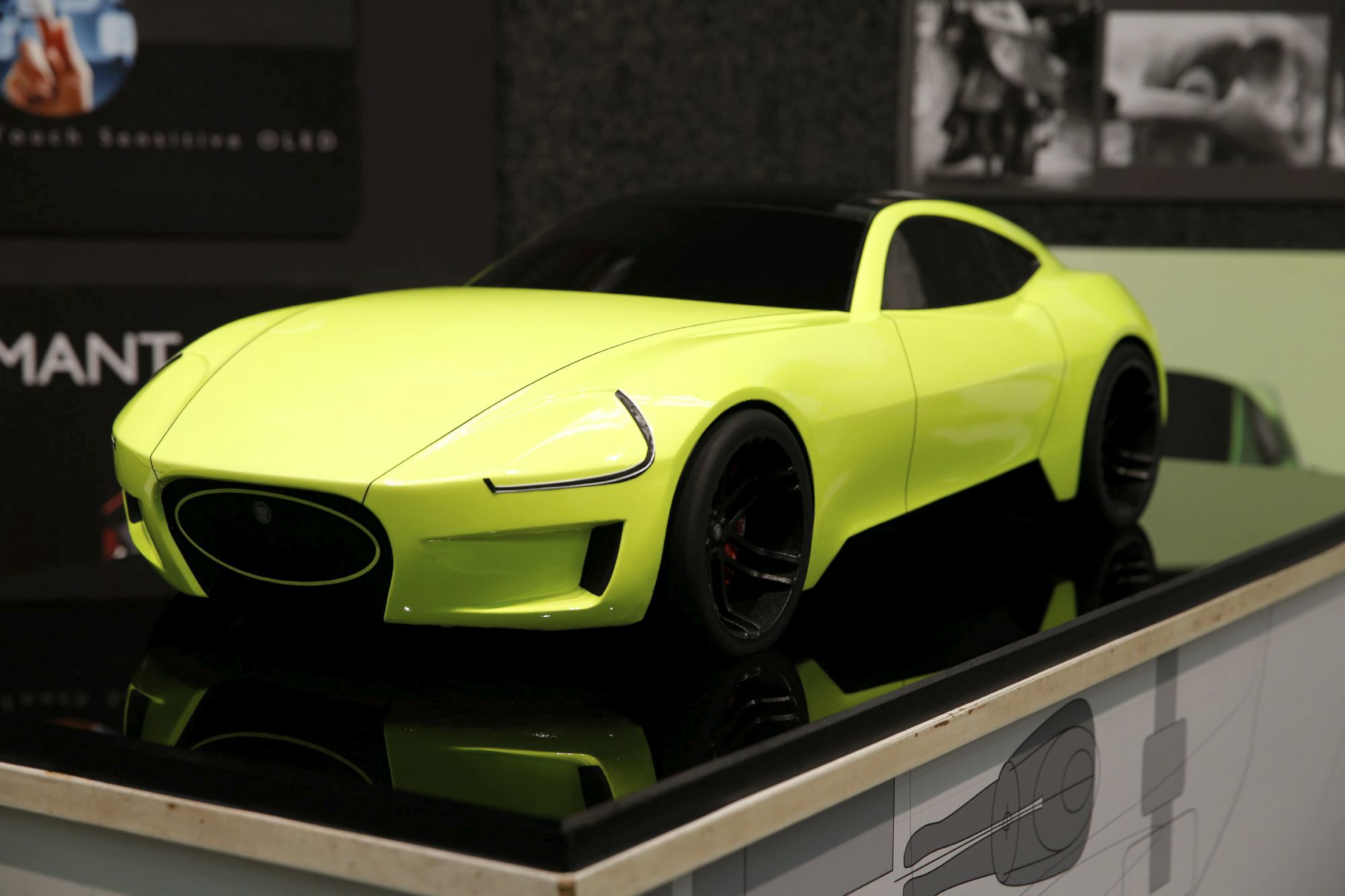 Several students drew on Jaguar’s racing heritage as inspiration. Maeva Ribas designed a screaming yellow/green (“pearl chartreuse”, as she described it) 2+2 coupe as an homage to legendary racer Mike Hawthorn. 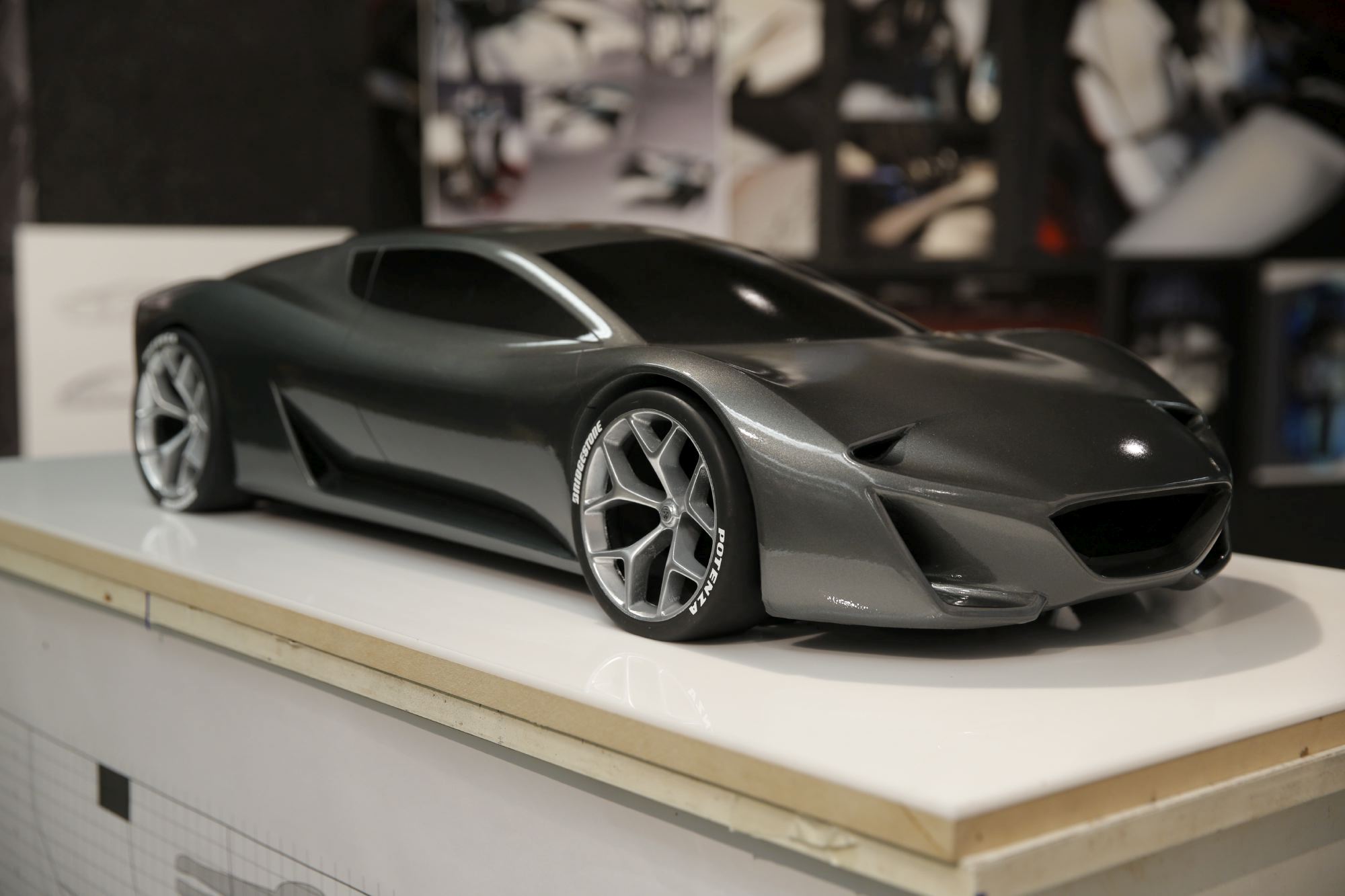 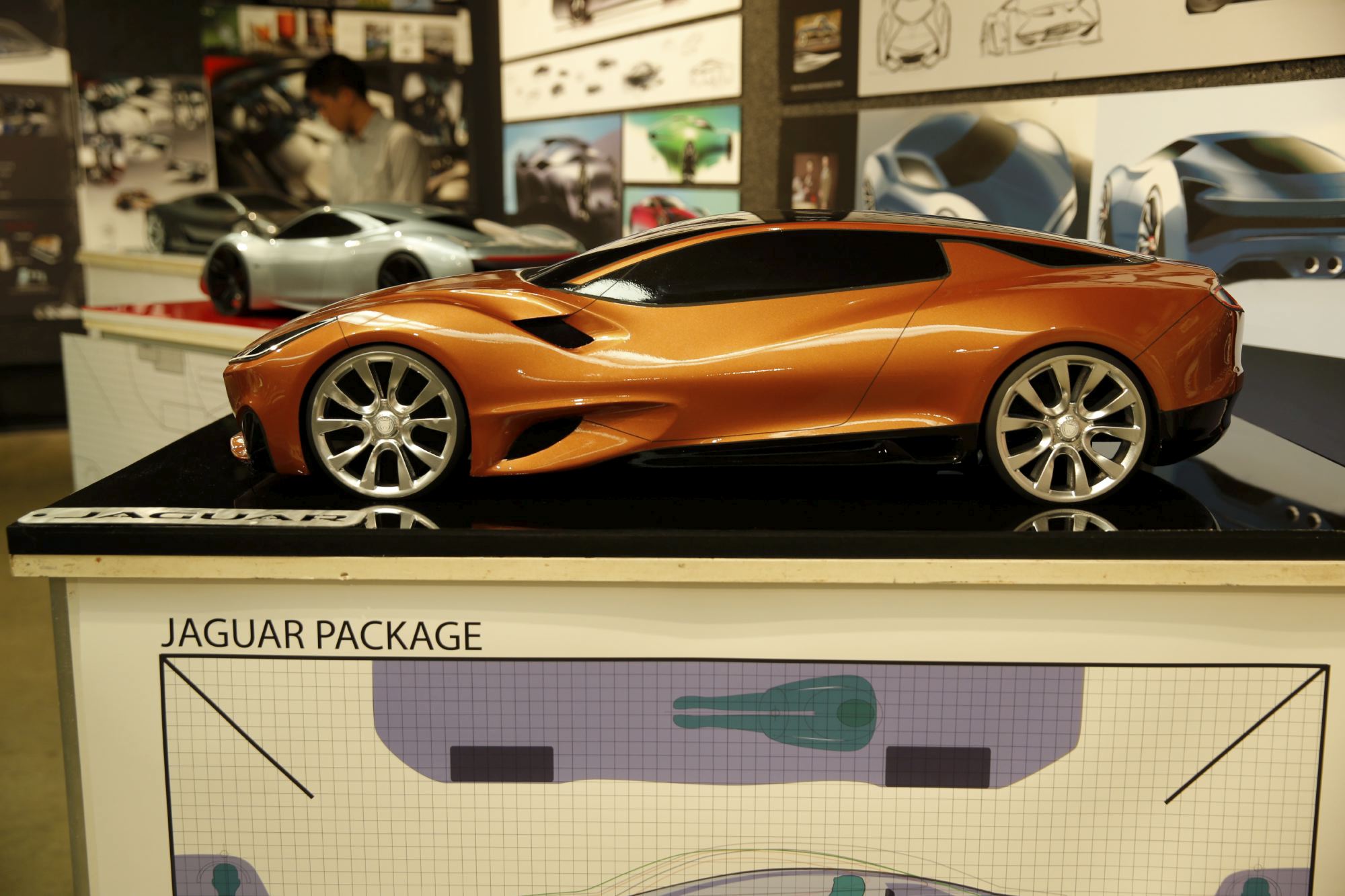 Alvin Lim took the notion of speed even further, designing his interior to emulate the sculptural minimalism of the jet fighter cockpit. 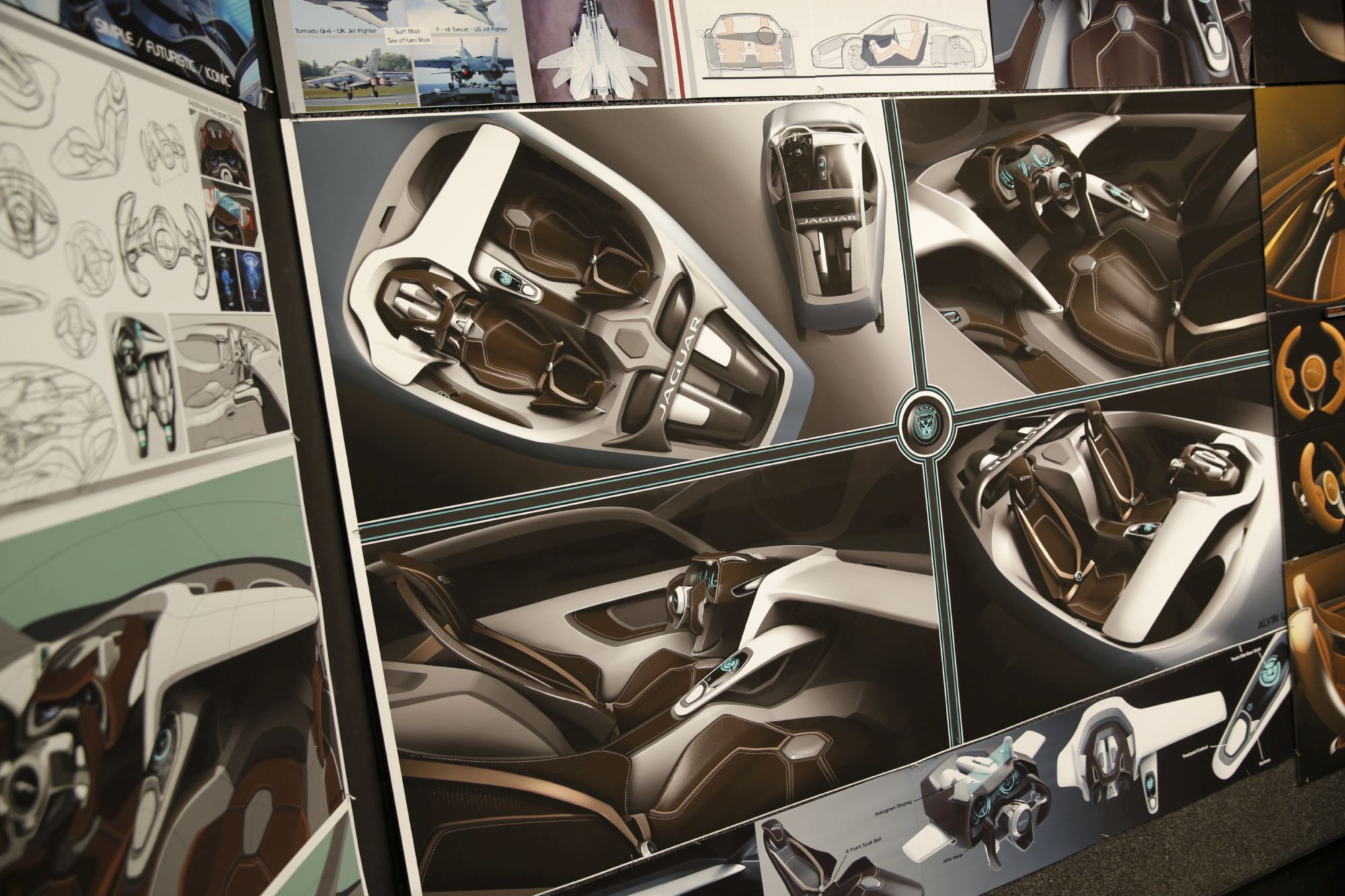 Sketches by Alvin Lim of his jet-fighter-inspired interior

Heritage and “British-ness” were themes that echoed through many of the projects, with Aki Inoue and Richard Yoh drew on the long heritage of grace, pace and space to develop their concepts. 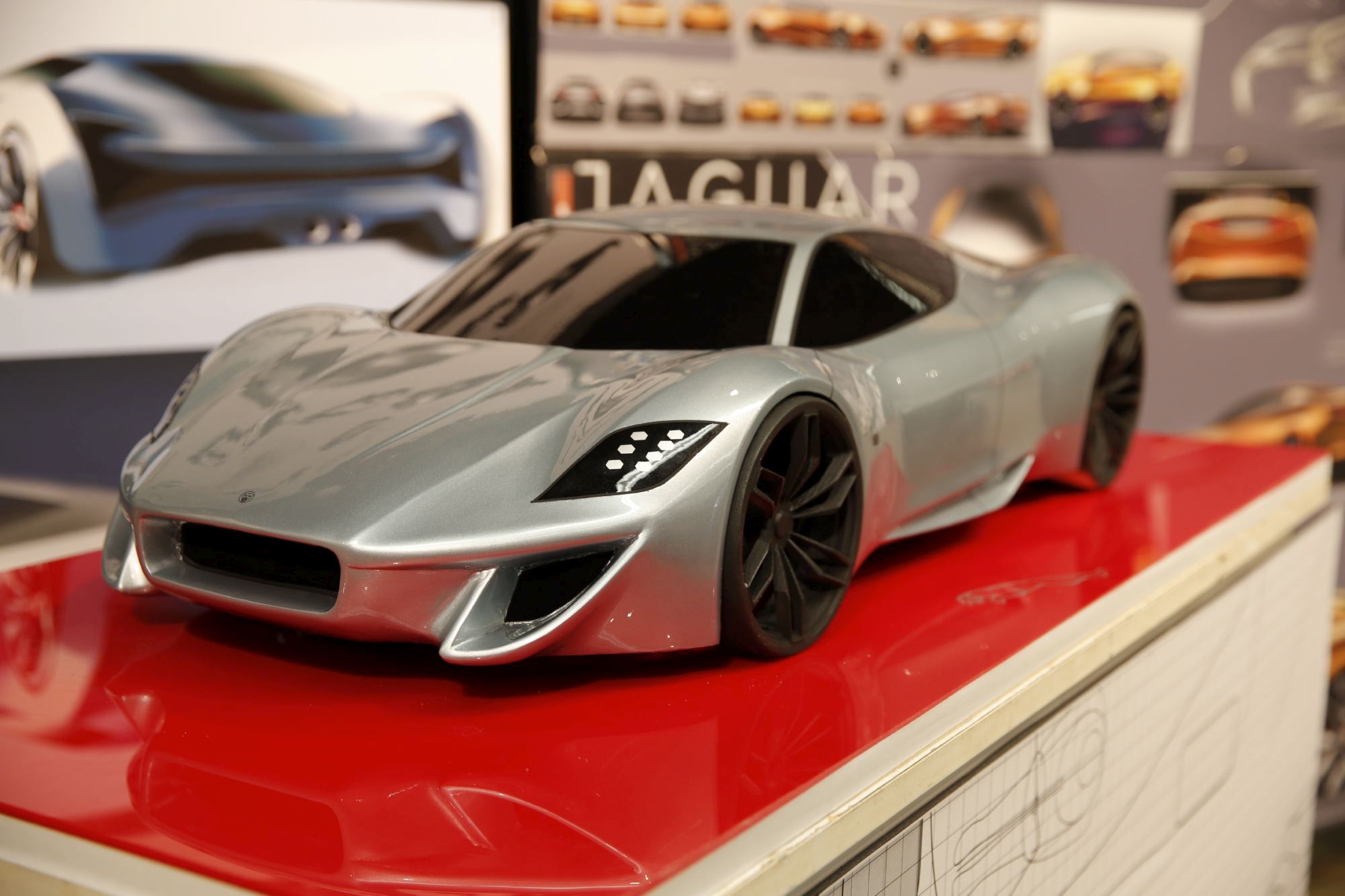 Sonny Fisher spoke of updating the heritage and a sense of glamour and theatre in the design of his interior, which extended to include elements from the exterior of his coupe proposal, uniting inside and out. 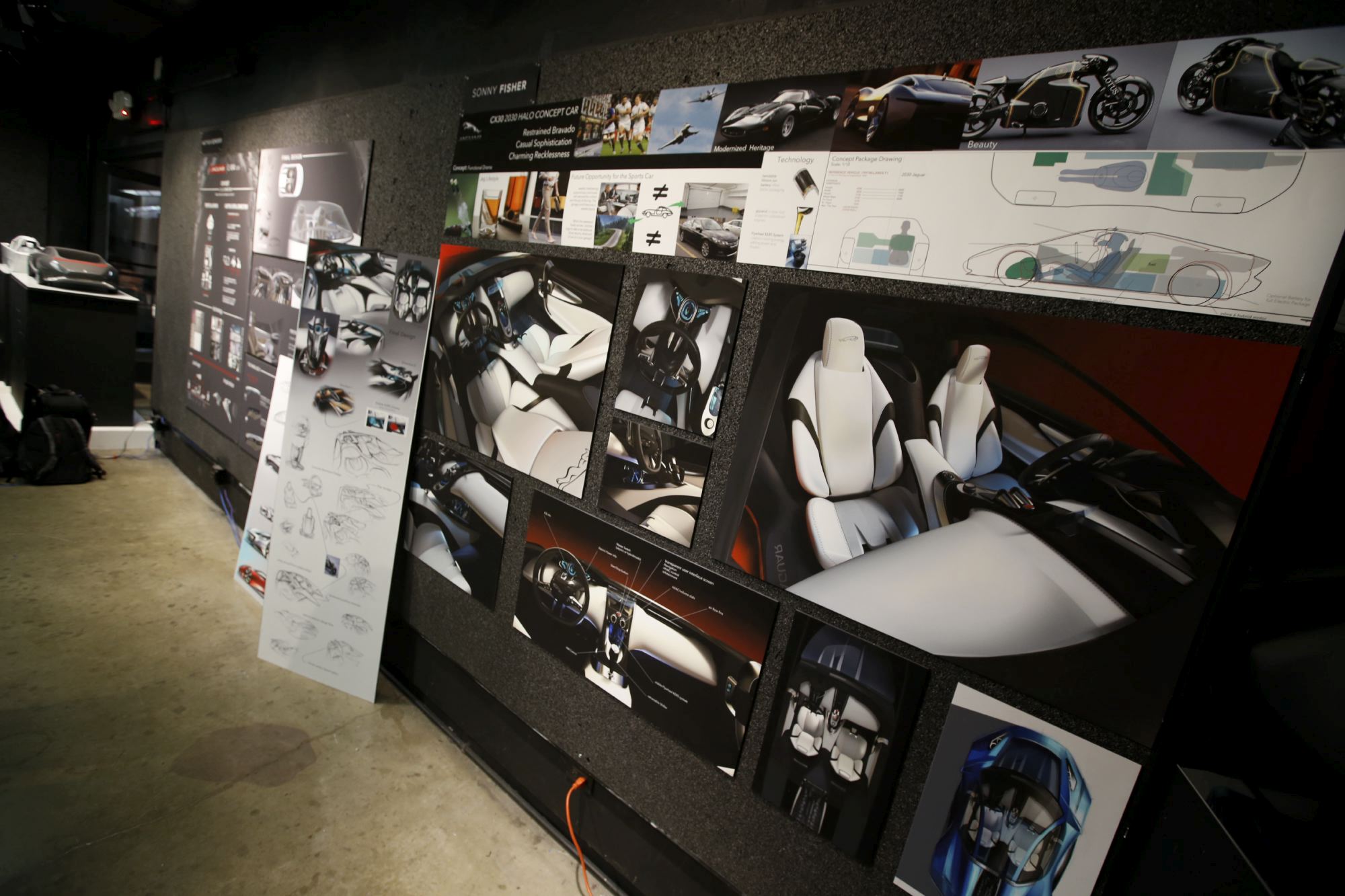 Elegance entered a number of the projects in different ways. Ji Young Lee’s interior proposal was very modern and streamlined, but with elegant leather appointments and touch screen panels integrated seamlessly into the IP and door panels. 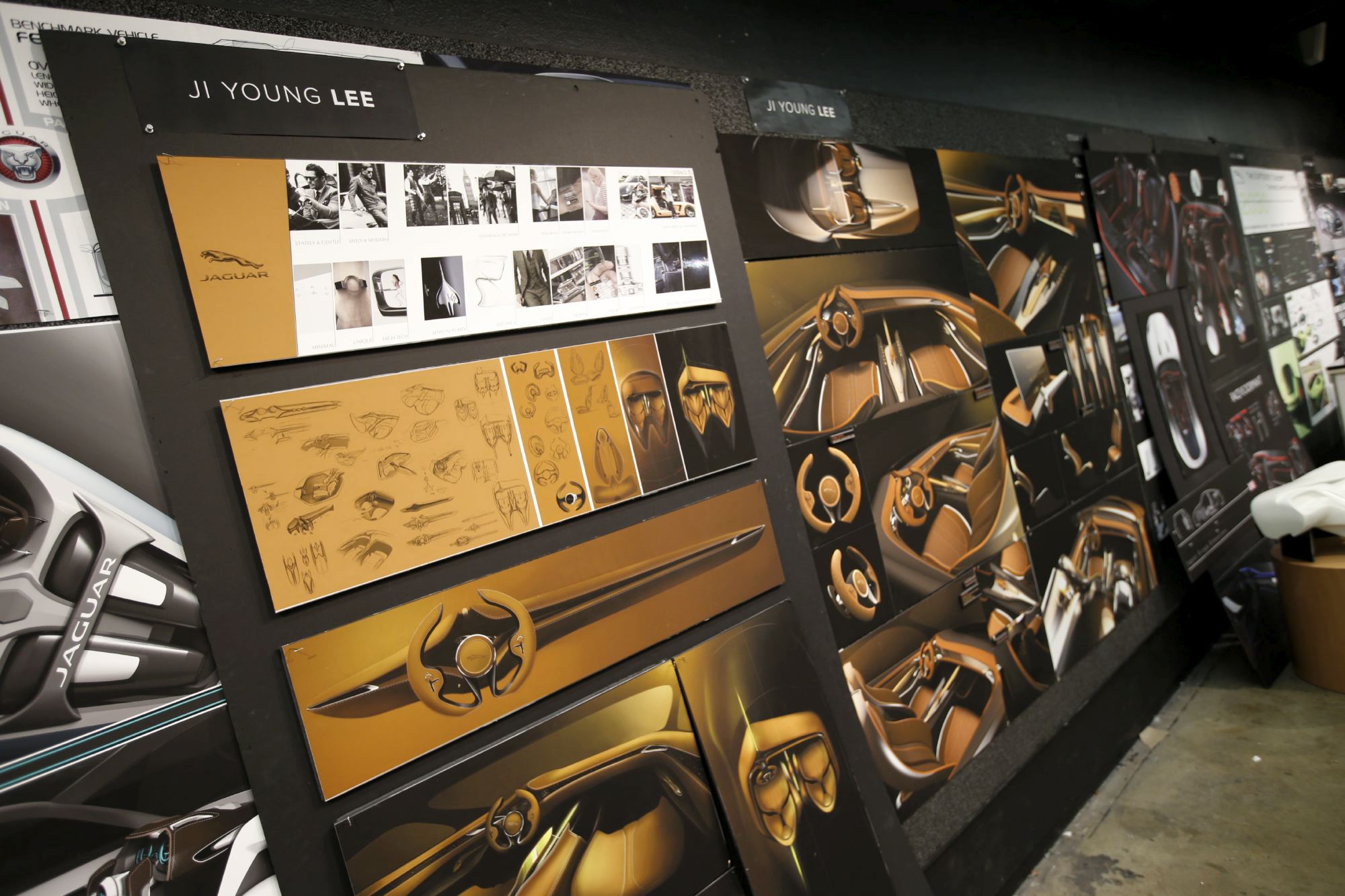 Eirek Stenerud’s interior was built of an elegant structural frame with leather panels applied at critical points for safety and accents. These panels are sewn together with special stitching that acts as controls for windows, climate control, and entertainment.

Douglas Thomas took a more structural approach, using the elegance of highly tuned and sculptural metal tubing (like racing bicycles) to inform the design of his interior concept.

We'll have a report from Academy of Art University in San Francisco, where students were asked to create interiors for a futuristic 2+2 sports coupe, online soon.