August 4, 2002 - The 24th annual Meadow Brook Hall Concours d’Elegance in Rochester, Michigan was the main event in a week long celebration of classic automobiles, which included an automotive art exhibition, a road tour, historic races and a gala banquet, auction and fashion show.

The event took place on the lush, sprawling lawns of historic Meadow Brook Hall, an 80,000 square-foot, 110 room mansion built during the golden automotive era by Matilda Dodge Wilson, widow of automotive pioneer John Dodge. The house sits on a 1,500-acre estate that was donated by the Dodge family to Michigan State University to create what became the Oakland University.

Beginning in 1902 with a single-cylinder engine prototype that featured rack and pinion steering and variable valve timing, Cadillac founder Henry M. Leland established his vision for the ever-evolving brand. While Leland’s innovations were present throughout the company’s history, Cadillac is especially known for these significant contributions: the first closed body vehicle in 1906; the interchangeability of parts among various models in 1908, thereby enabling mass production, the assembly line and new industry standards; the first electric self starter in 1912; the first mass produced V-8 engine and the first V-16 engine. Cadillac won the Dewar Trophy for outstanding automotive achievements in 1908 and 1912 making it the only company in the world to win that prestigious honor twice.

In 1927, Cadillac debuted its LaSalle model, the first American car to be crafted exclusively by an automotive stylist. The stylist (and future General Motors Vice-President) was Harley Earl. His vision led to the creation of Cadillac’s Art and Colour department, the industries first in house design center and the forerunner of what is now GM’s Design Center.

Throughout the past century, Cadillac has established itself as a leader in luxury, innovation and design. Modern breakthroughs include On-Star, Night Vision, Stabilitrack, and XM radio. From it’s famous 1950’s tailfins to today’s edgy, futuristic designs like the CTS and Escalade, Cadillac continues to pursue expressive design and functional technology.

Having captivated Americans for 5 decades, the Chevrolet Corvette is not only America’s first, but also most coveted sports car. Making its debut at the 1953 Motorama show in New York, the Corvette immediately won the hearts of sports car enthusiasts. The car’s rich and storied history begins in Michigan with the first 300 models being produced in a temporary facility in Flint. The first 8 were driven from there to General Motor’s Milford Proving Grounds for it’s introduction to the press.

After dismal success with the first model, the Corvette would have disappeared from American roads without the vision and enthusiasm of GM engineer Zora Arkus Duntov. Under his leadership, a more powerful and youthful Corvette was introduced at the 1956 Motorama show that measured up both on and off the racetrack with other world class sports cars of the period. From those early years until today’s model, distinctive, often leading edge, styling and technical innovations such as disc brakes, independent rear suspension and fuel injection have helped the Corvette attain it’s current status as one of America’s most desirable cars.

The Sunday of the show was very hot and sunny, with rain threatening to come but never arriving. The beautiful Meadow Brook house is situated on top of a hill that overlooks the field of cars the viewing stands and the awards area. Visitors were greeted by the sight of both old and new Cadillacs and Corvettes situated in the circular drive near the front entrance to the house. Surrounding the house were tents with refreshments and seating for the patrons and visitors of the event. Also on display in the shadow of the home were some of the most significant special vehicles. These included GM’s CERV series of technology demonstrators, and two of it’s wild 1950’s era Firebird showcars and Plymouth’s Belmont Concept Sports Roadster.

The rest of the cars were displayed in circles according to their assigned class. There were classes for both domestic and foreign cars depending on the year of manufacture and the type of car.

There were also classes for racecars and the special honored marques. The quality and significance of the cars was outstanding. Some examples: The 1938 Talbot Lago T-23 Tear Drop Coupe, a gorgeous example of prewar French styling with graceful curves, rich materials and exquisite detailing; The one-of-a-kind 1953 Eldorado Supercharged Two-door Convertible, a wild, custom-ordered, factory special that sported twin chromed exhausts on each side of it’s hood for it’s supercharged motor, real Borrani wire wheels and aircraft instrumentation; 1956 Lotus 11 LeMans, one of Colin Chapmans earlier racing efforts, this example, like the 250 others of its kind, had it’s lightweight chassis wrapped in a sleek, all enveloping body of polished aluminum.

Unlike most Concours events, Meadow Brook does not judge solely on authenticity or cleanliness of the restoration. Instead the judges examine each car with respect to body design, fabrication and engineering concepts and innovation.

They look for cars that especially reflect perfection in design and elegance. The panel of judges is selected based on their specific knowledge and experience and usually draws some of the top designers, engineers, collectors and publishers from the automotive scene. Wayne Cherry, Vice President of Design for General Motors and Trevor Creed, Design V.P. at Daimler Chrysler were among the notable judges from the design community.

Awards were presented for each class along with a variety of special honors and trophies. Because of the caliber of cars in each class, a few cars are selected for the Meadow Brook Hall Lion Award with one car being singled out for special recognition.

This event is the primary fund raiser for Meadowbrook Hall in order to keep it open and available for the public to enjoy. Once again, the organizers of the Meadow Brook Concours d’Elegance have produced an event full of beautifully crafted, significant cars from past eras, drawing more then 16,000 people to come and appreciate them. Those wishing to see in the flesh the history of Cadillac and the Chevrolet Corvette were likely not left wanting. Those who wanted to stroll casually through the circles to admire the automotive works of art on display, likely left with a desire to own at least one particular example or another. And those who were there for the first time were given plenty of reasons to come back. 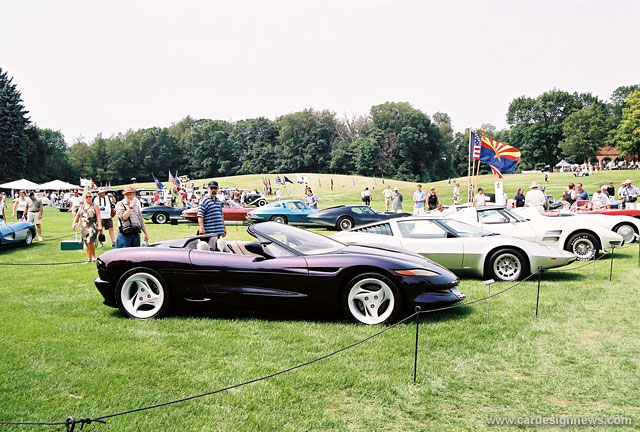 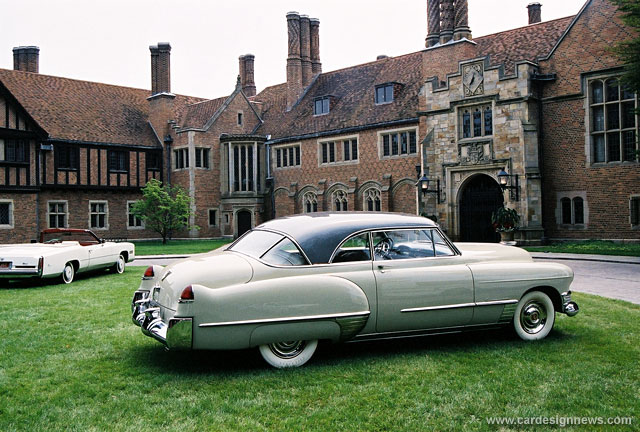 Cadillacs in front of Meadowbrook Hall 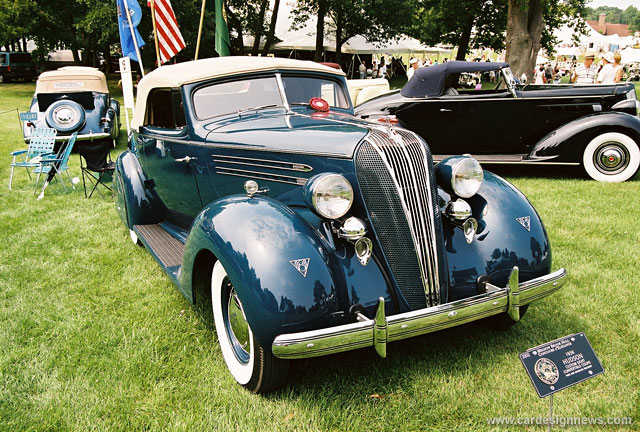 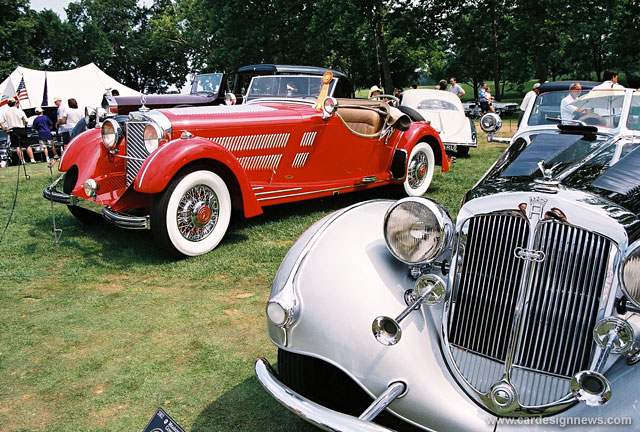 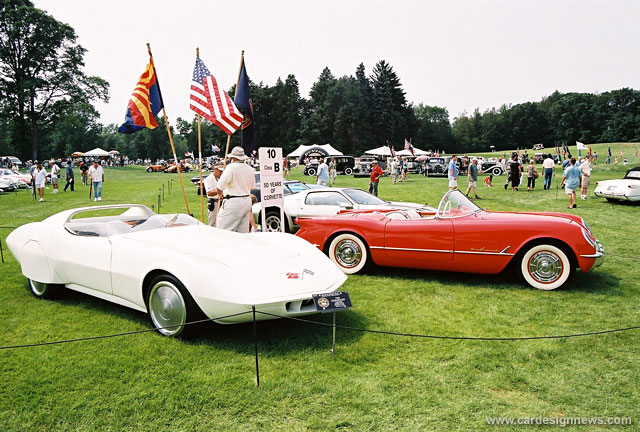 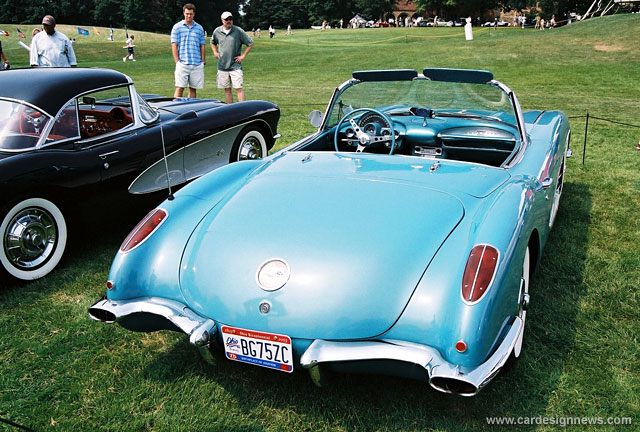 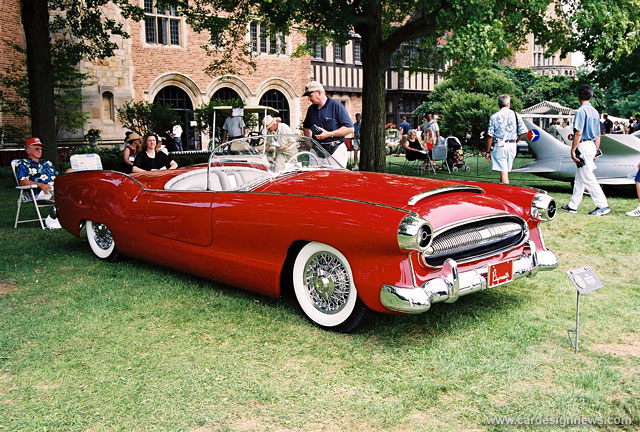 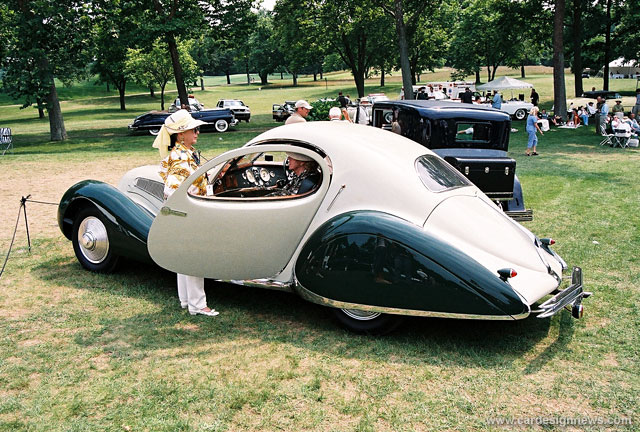 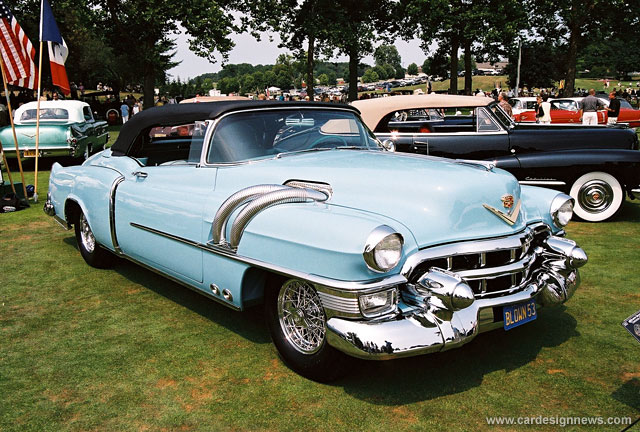 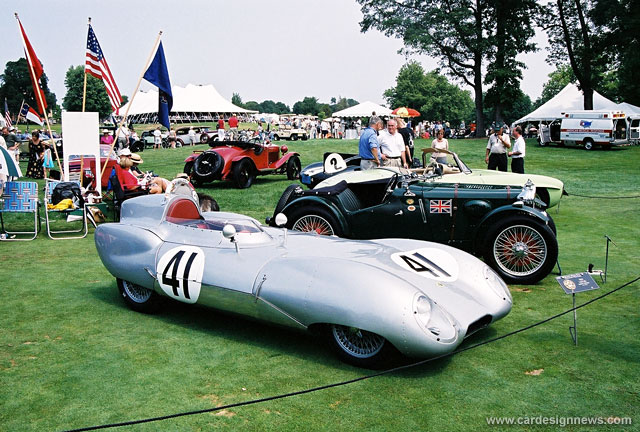 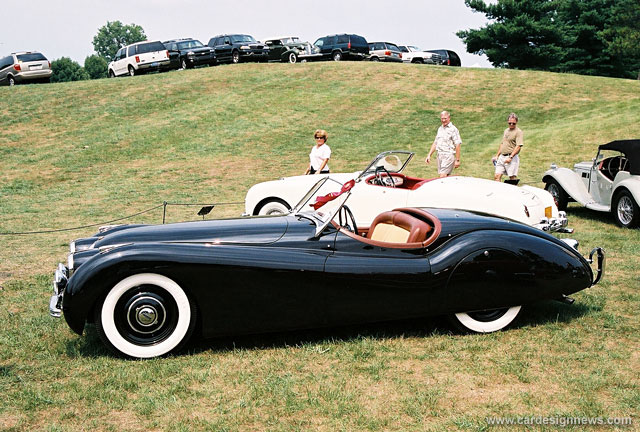 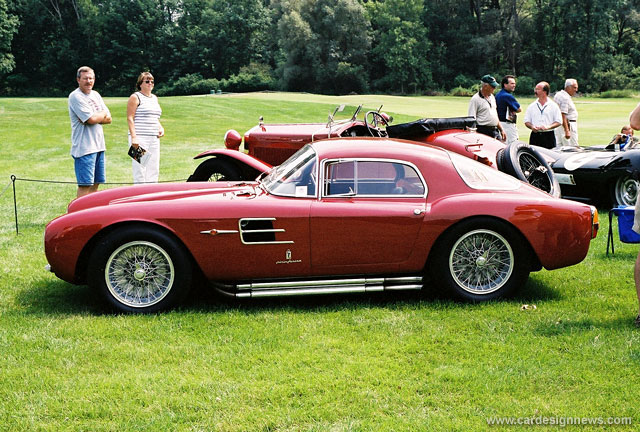 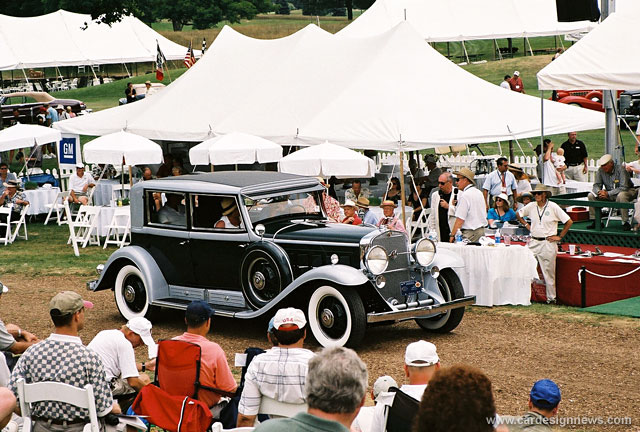