Britain's Coventry School of Art and Design, and Tsinghua University in Beijing, China were the big winners, together garnering seven of the eight prizes. Ninety-four students from twenty design schools from China, Brazil, Japan, France, Korea, England, Wales, Italy, Spain, India, Sweden, the USA and Canada competed to win over US$140,000 in prizes.

Either individual students or teams were asked to take a popular vehicle that has been manufactured and well-loved in their own country and project it to the year 2015. Their 2015 design needed to predict the needs of the local market, and, at the same time, reflect emerging propulsion and manufacturing technologies of the country where the students' live or study.

The students' innovative solutions to this year's challenge were judged by some of the world's foremost authorities on automotive design, representing an impressive array of critics, historians, academics, design media, and past and present active production and concept car designers. The judges wee given Tablet PC computers loaded with all the entries in digital form, and with Alias software to visualize at will.

The twenty participating schools were:

First prize of US$10,000 went to Leon Comben, School of Art & Design, Coventry University, UK. The judges stated that Comben's design was "a well thought out, thorough, redo of a British icon. It captures everything Land Rover has done for a half-century and more."

Leon Comben flew in from Coventry in the UK to accept the award from competition judge Robert Cumberford. How did Comben feel when he first heard the news? "Complete disbelief - for about a week. I don't think words can do justice to the feeling I had when the call came through. I can only compare it to the jubilation a person must feel when they win the lottery and the realization hits that this could be potentially life changing. Mind blowing to say the least."

Third prize of US$2,500.00 went to Won-Kyu Kang from Art Center College of Design in Pasadena, USA. The judges commented that Kang's entry was "a good reinterpretation of an American icon showing flexible use of road space and utility." They added that "the Model T was a simple universal concept that has bee updated in a fresh way.

The Alias Best Presentation Award was inaugurated in 2003 to reward the student with the best computer generated presentation. This year, in celebration of the company's 20th anniversary, Alias expanded the award to include first, second, and third place prizes.

The judges chose the entry entitled "Swim and Run" because "every design element was well represented: sketches, photos, drawings. All showed a fine undertanding of the Alias technology with a whimsical element." They added, "not only does 'Swim and Run' follow the design brief beautifully, but it is a terrific novel design."

The judges praised "the good balance of the unique shape and the power of expression". They added, "This is clever and shows a good understanding of the computer software in a variety of illustrated methods."

The third place winner were a team of students, Chen Xiao, Xu Zheng, and Yu Dan from Tsinghua University in Beijing who received the Alias DesignStudio package.

The judges said that strictly speaking the entry did not conform to the design brief. However, their entry entitled 'Desert Cruiser' was "truly excellent computer generated work".

In addition, to their respective software packages, all winners receive copies of Alias PortfolioWall and ImageStudio software. The three Alias awards were presented by Peter Mehlstaeubler, Vice-President, Product Development.

The winner of the Ballard Best Application of Technology Award was Blake Cotterill, a 3rd year transportation design student from Coventry University School of Art and Design. "I'm looking forward to traveling and to visiting the Ballard facilities. This will be my first time outside of the UK." said Cotterill.

Ballard Power Systems, the world leader in the commercialization of proton exchange membrane fuel cell technology, created the new technology award to acknowledge the student that most accurately depicted, and incorporated into their 2015 design, emerging propulsion and manufacturing technologies from the country where they live or study.

The IBM Best Design School Award went to Coventry School of Art & Design, for the body of entries that "most consistently reflected the 2015 design challenge as well as the character and culture of the city where the students live or study". IBM will donate to the school a state-of-the-art IBM IntelliStation Z Pro workstation for use with Alias Studio software.

Senior Lecturers Tim Ball and Neil Birtley were on hand to personally receive the award. Senior Lecturer Tim Ball exclaimed: "A superb prize and timing, as it will very likely go into our recently opened research facility based in the newly built 'Bugatti Building' next to our School building here on our Coventry campus. The facility has been established for continued development of automotive research activity and allows for both full-size conventional clay modeling/reverse engineering through 3-D scanning and virtual reality form development and evaluation. Further access to Alias will be a fantastic asset for staff and students. We are all very much looking forward to taking delivery of the new system".

The complete competition entries can be viewed at the CIAS website: www.autoshow.ca 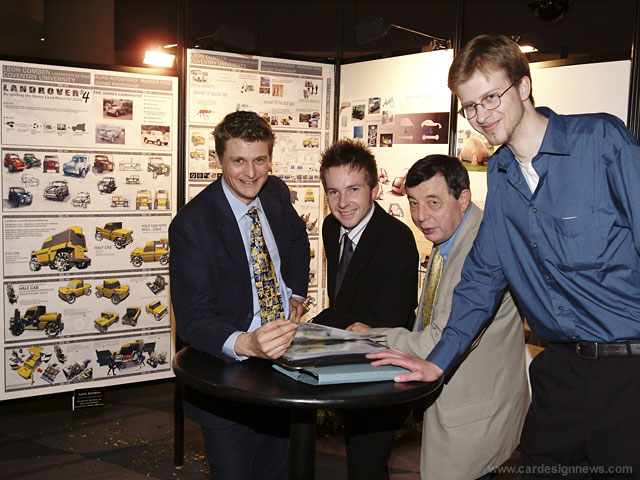 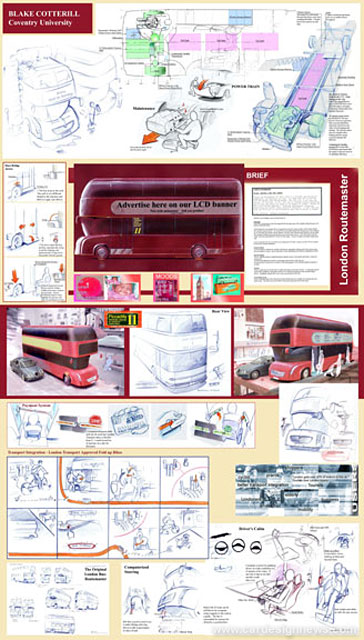 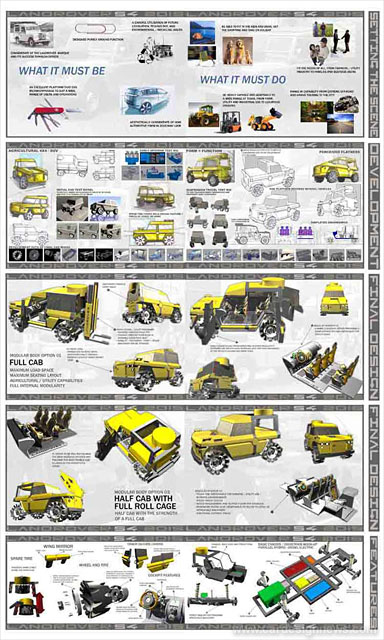 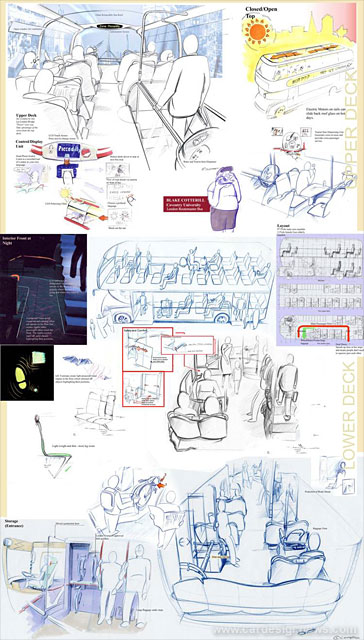 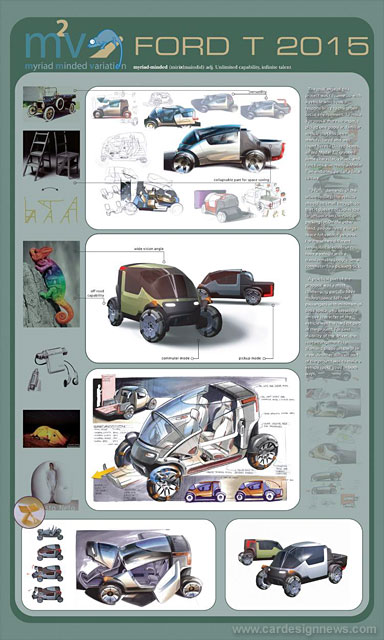 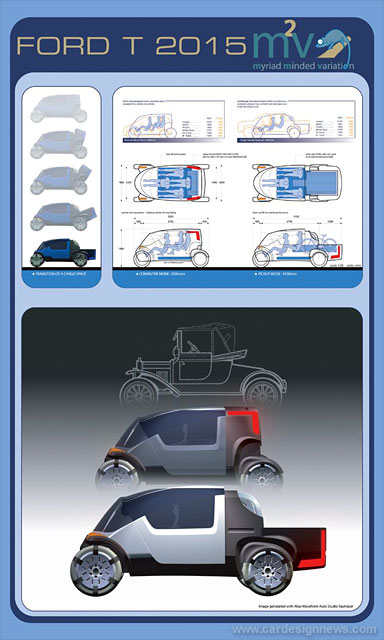 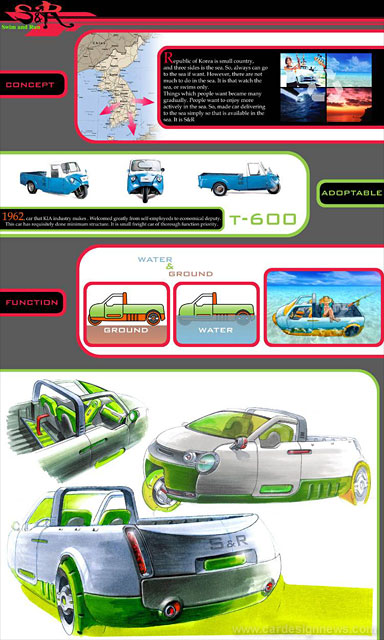 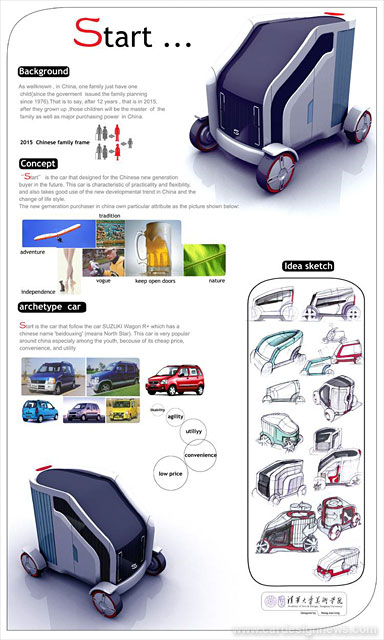 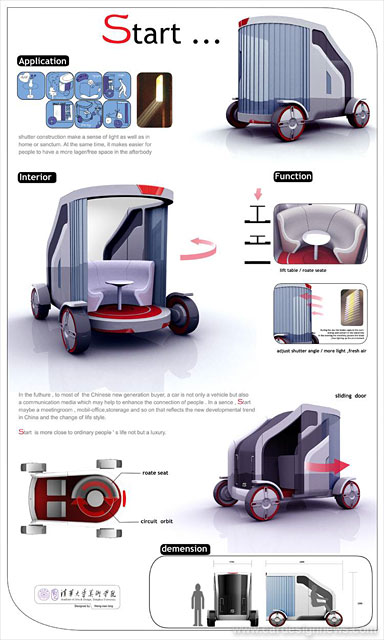 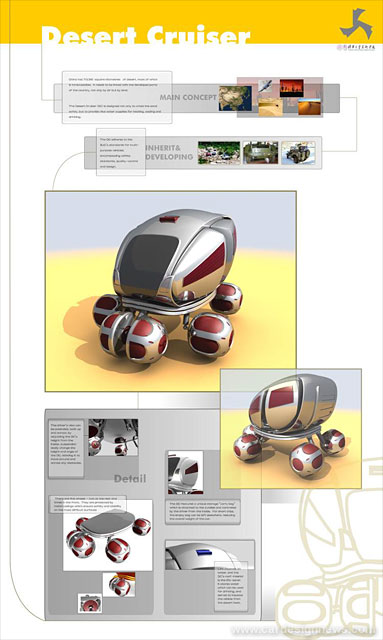 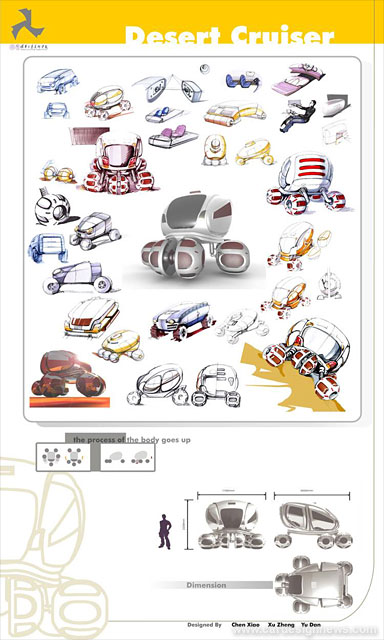