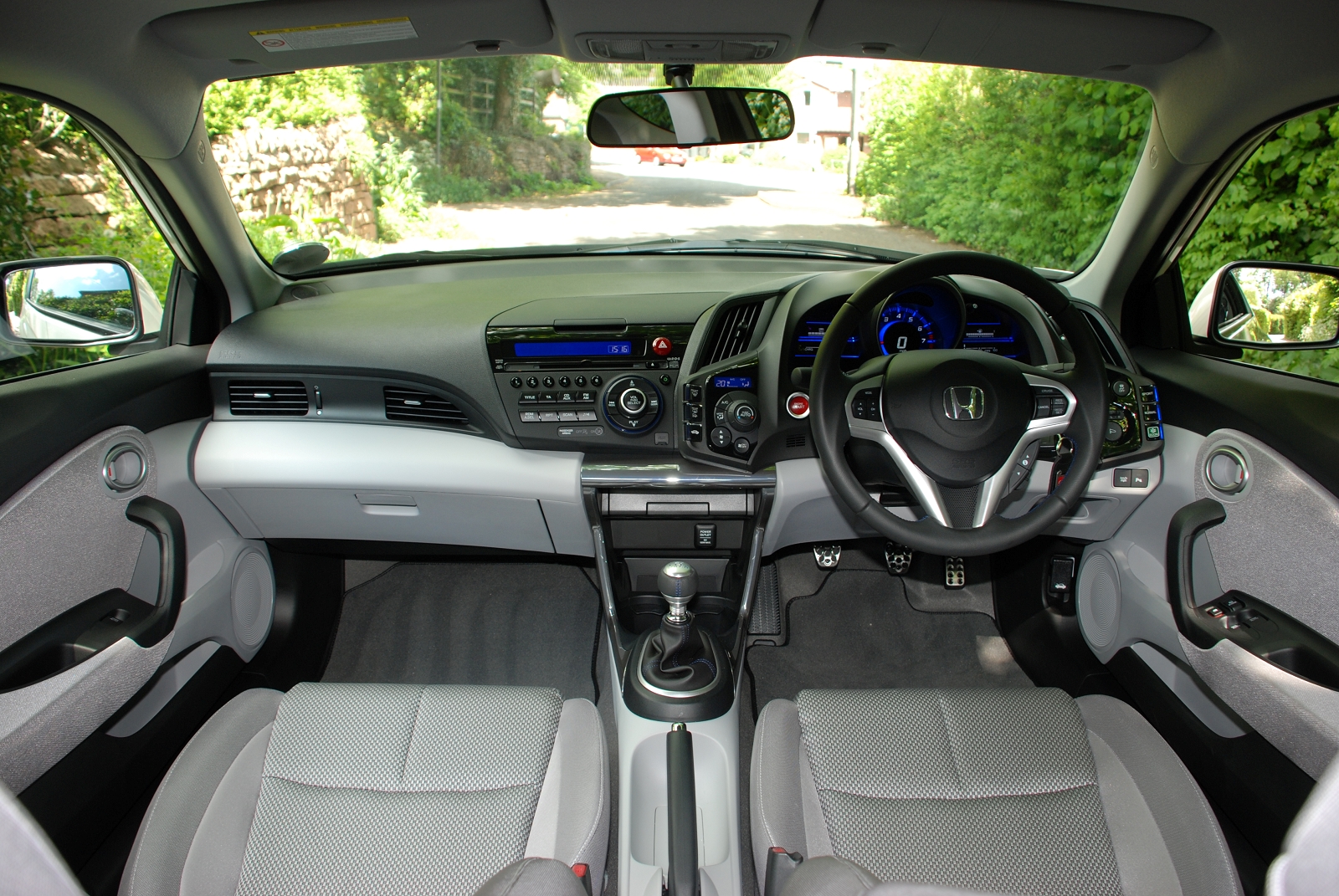 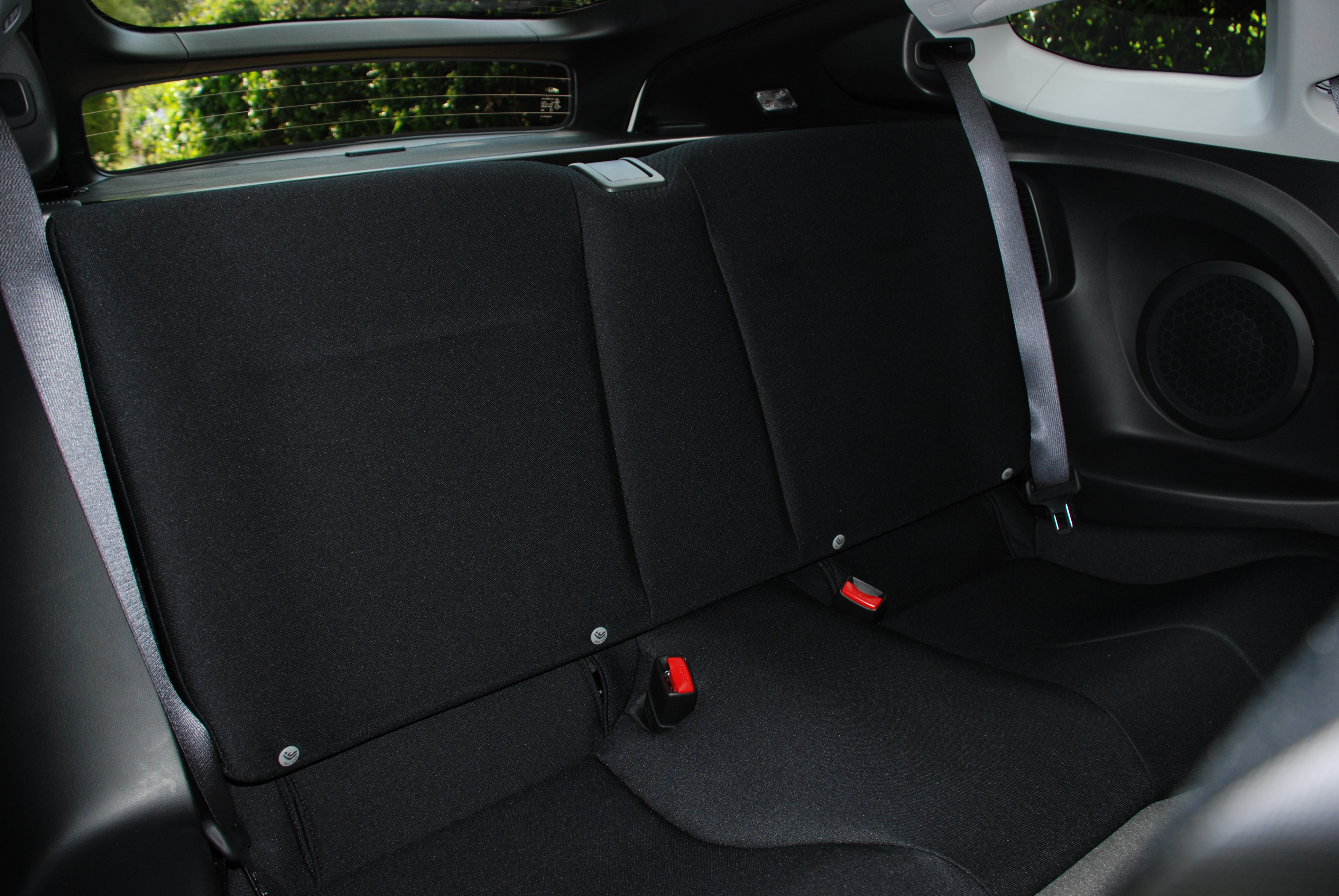 The 'one-mile' rear seat – like an MGB GT or Porsche 911 – is trimmed in contrasting flat-woven black cloth. The 2+2 seat is EU only, not USA. 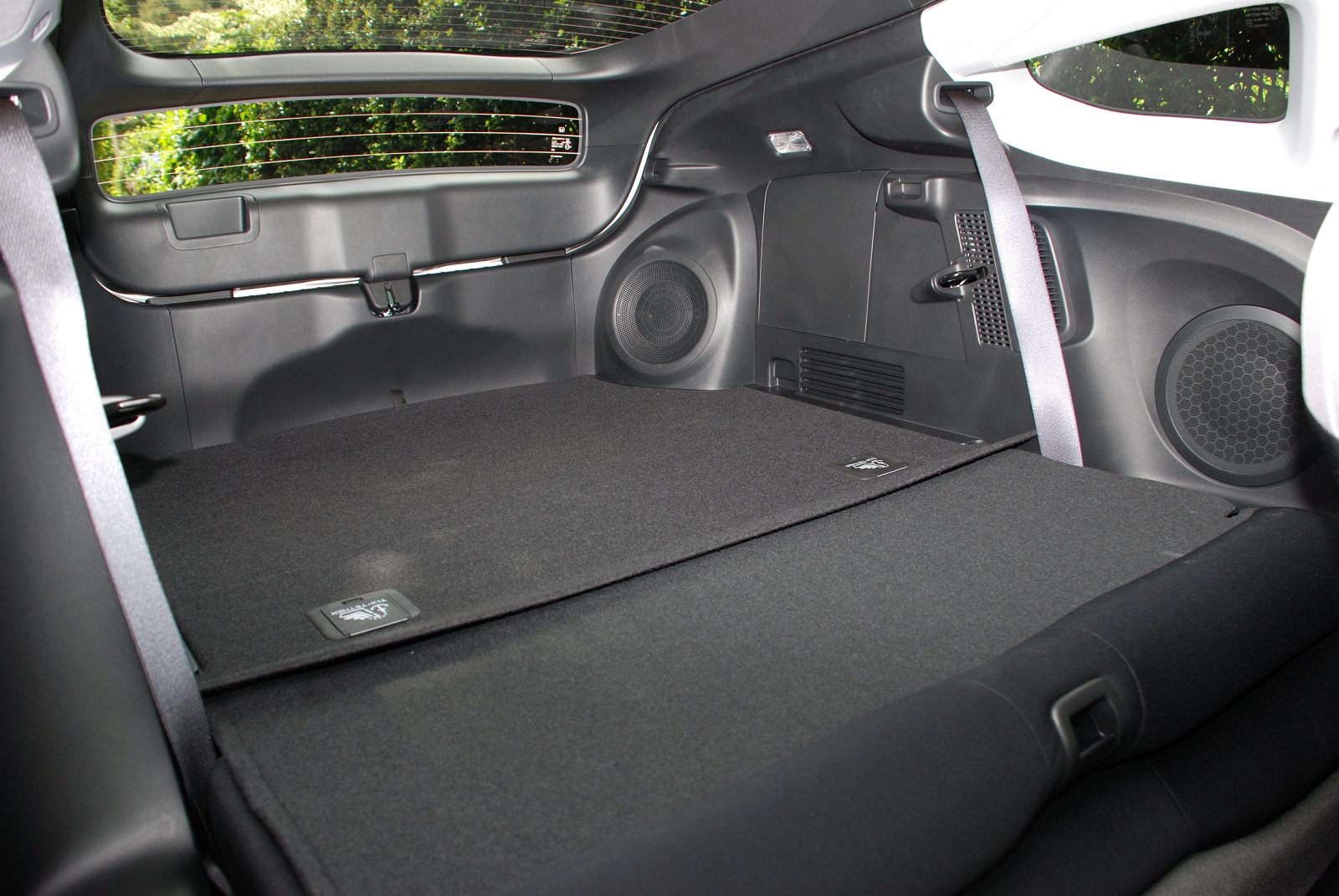 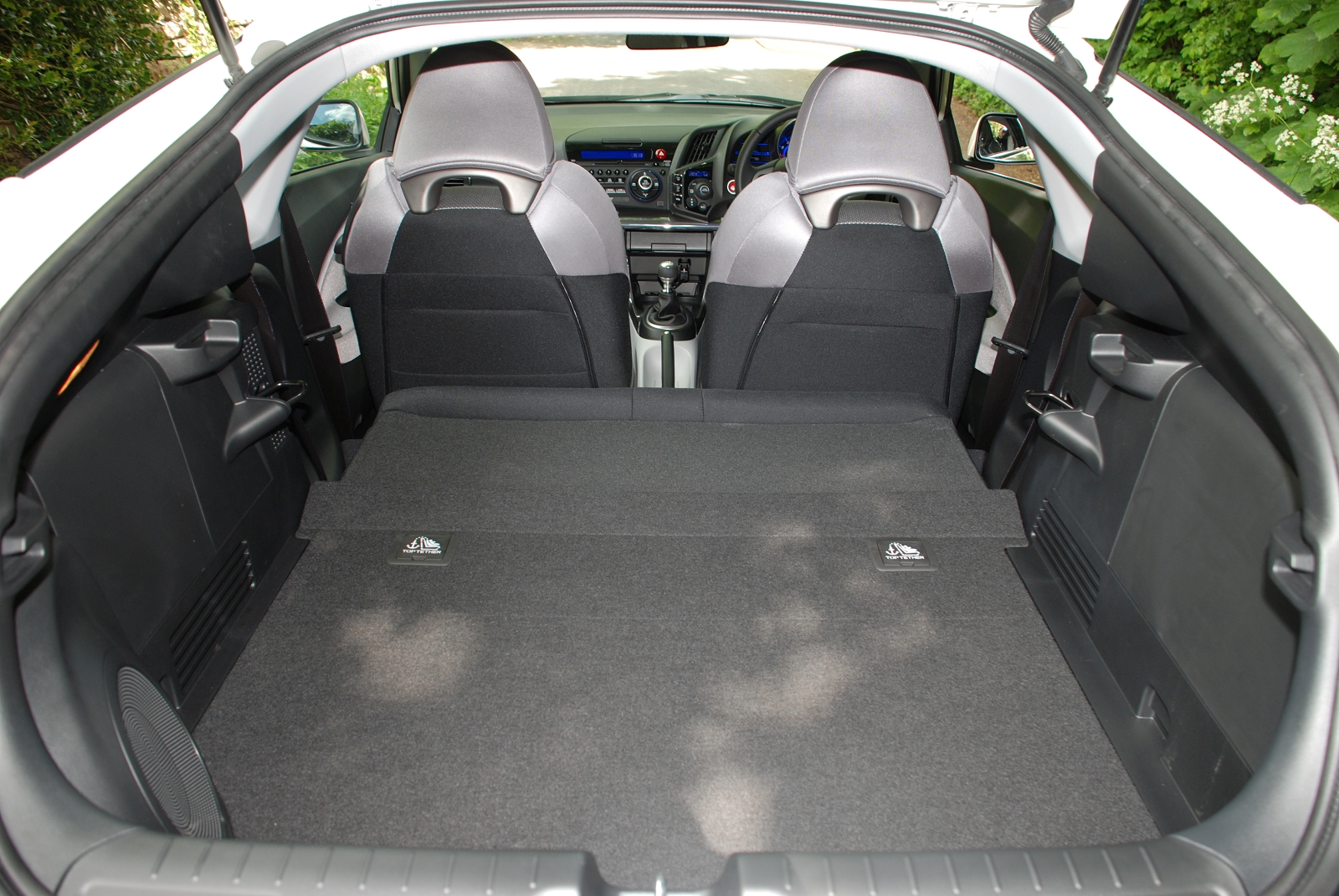 Rear seat folded down is the best mode that enhances its sports coupe intentions. Trunk is shallow, access is effectively from top, not from rear. 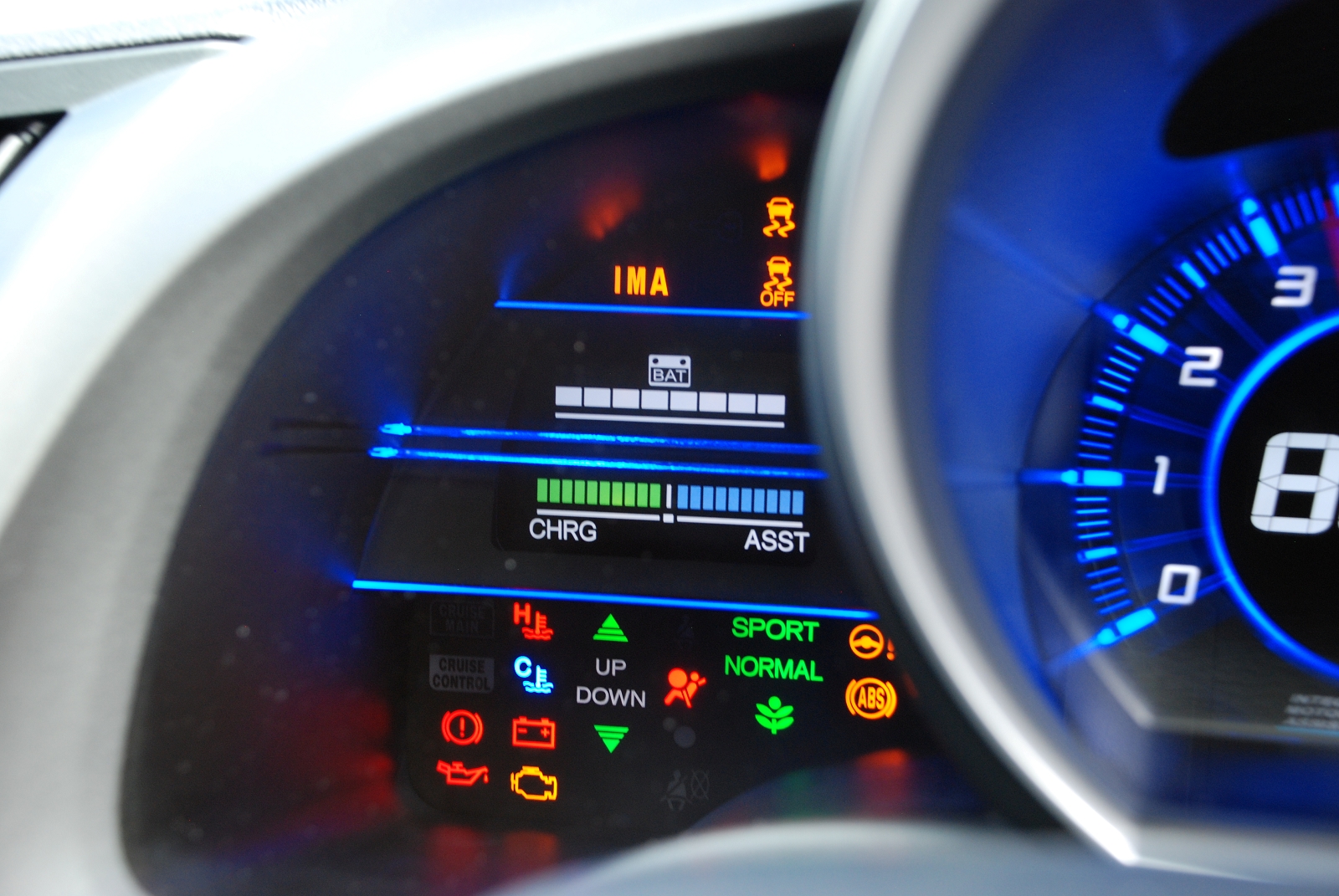 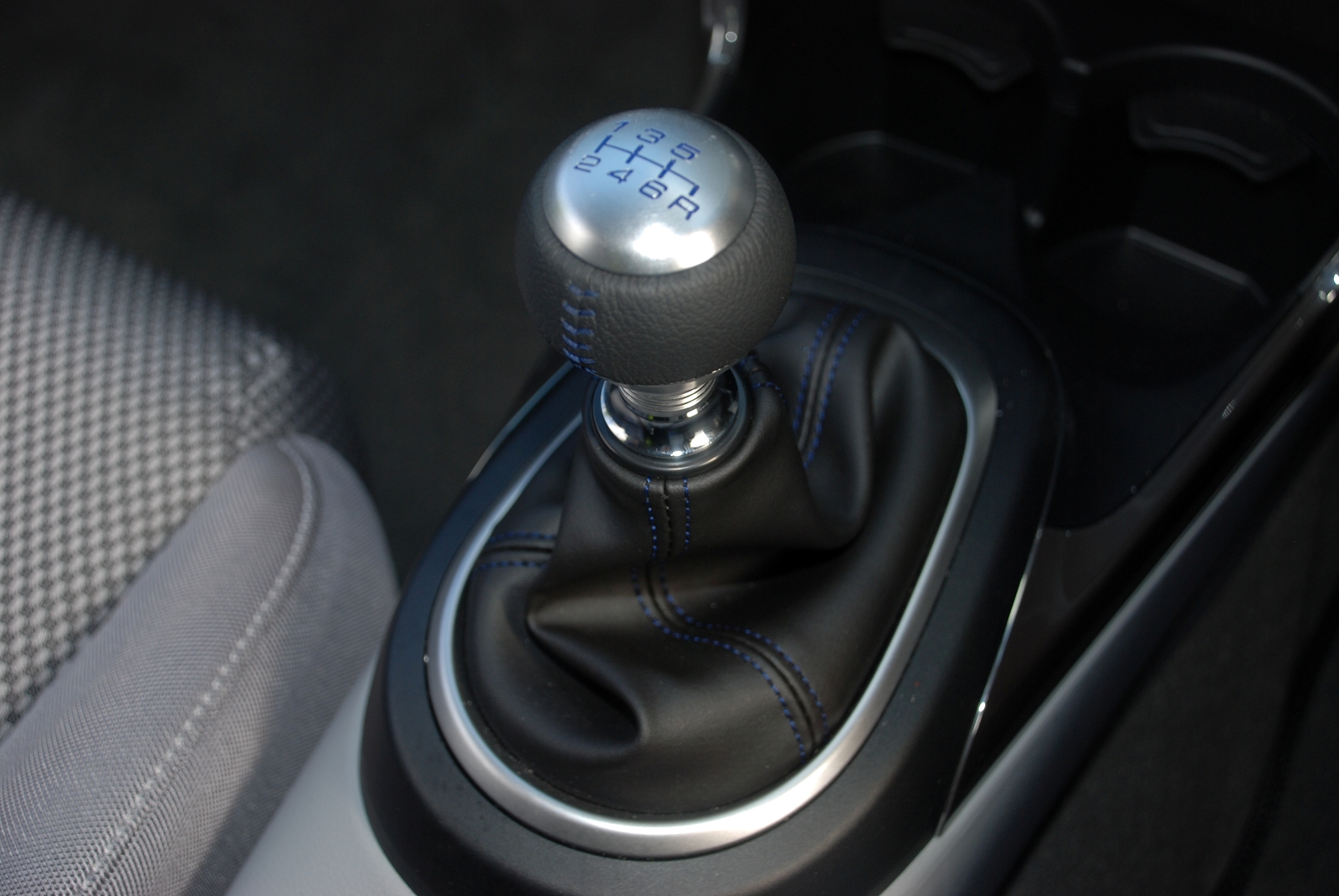 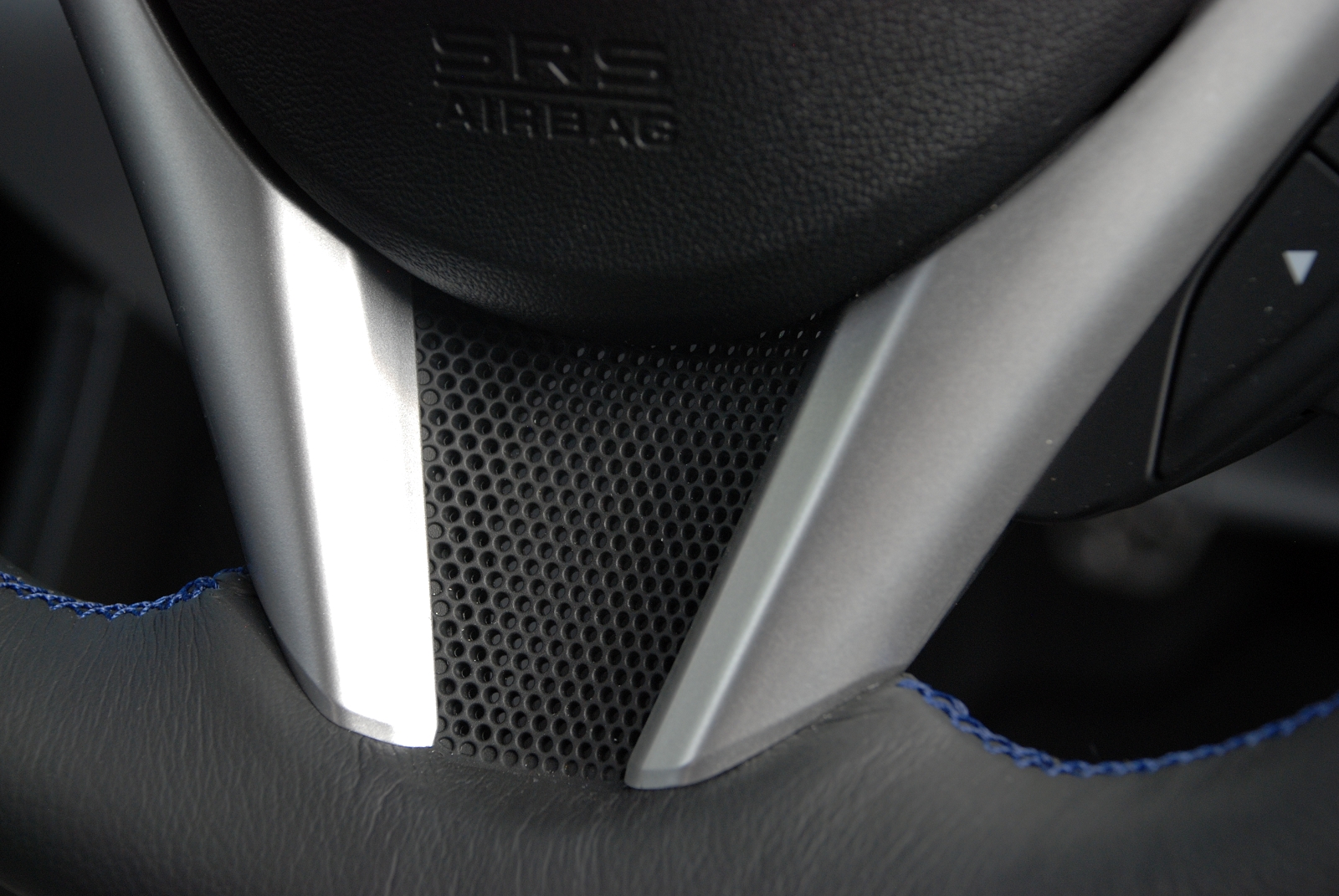 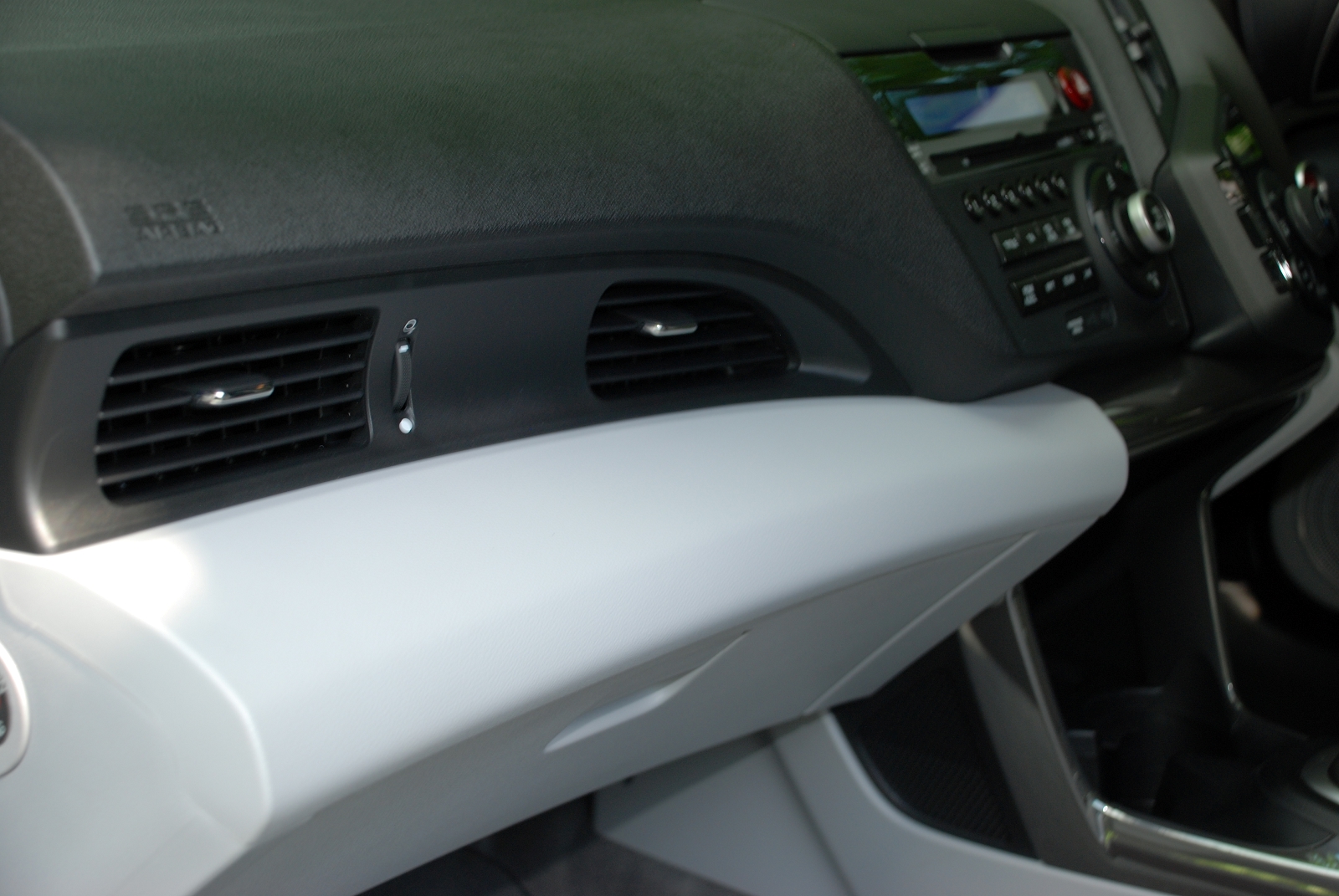 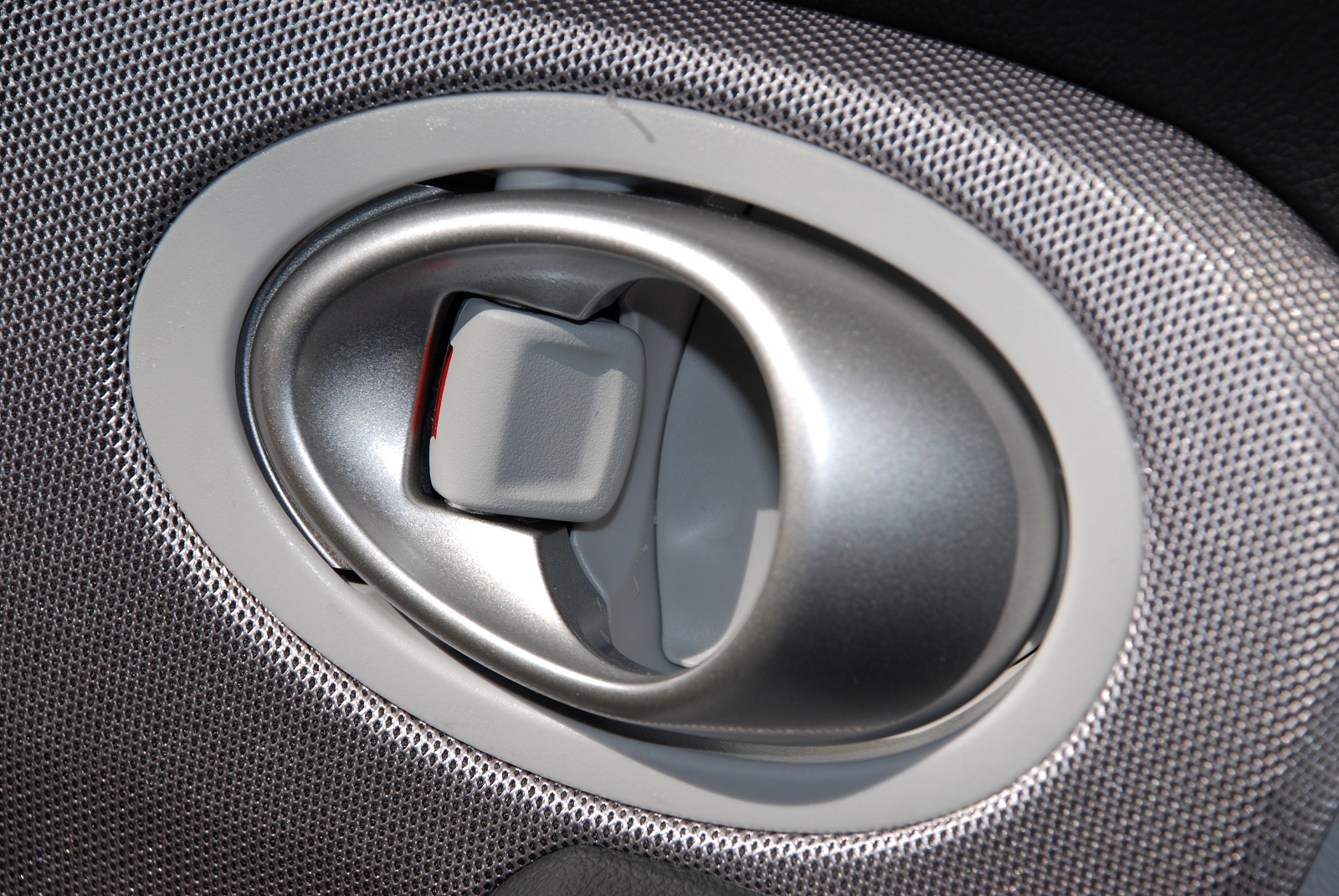 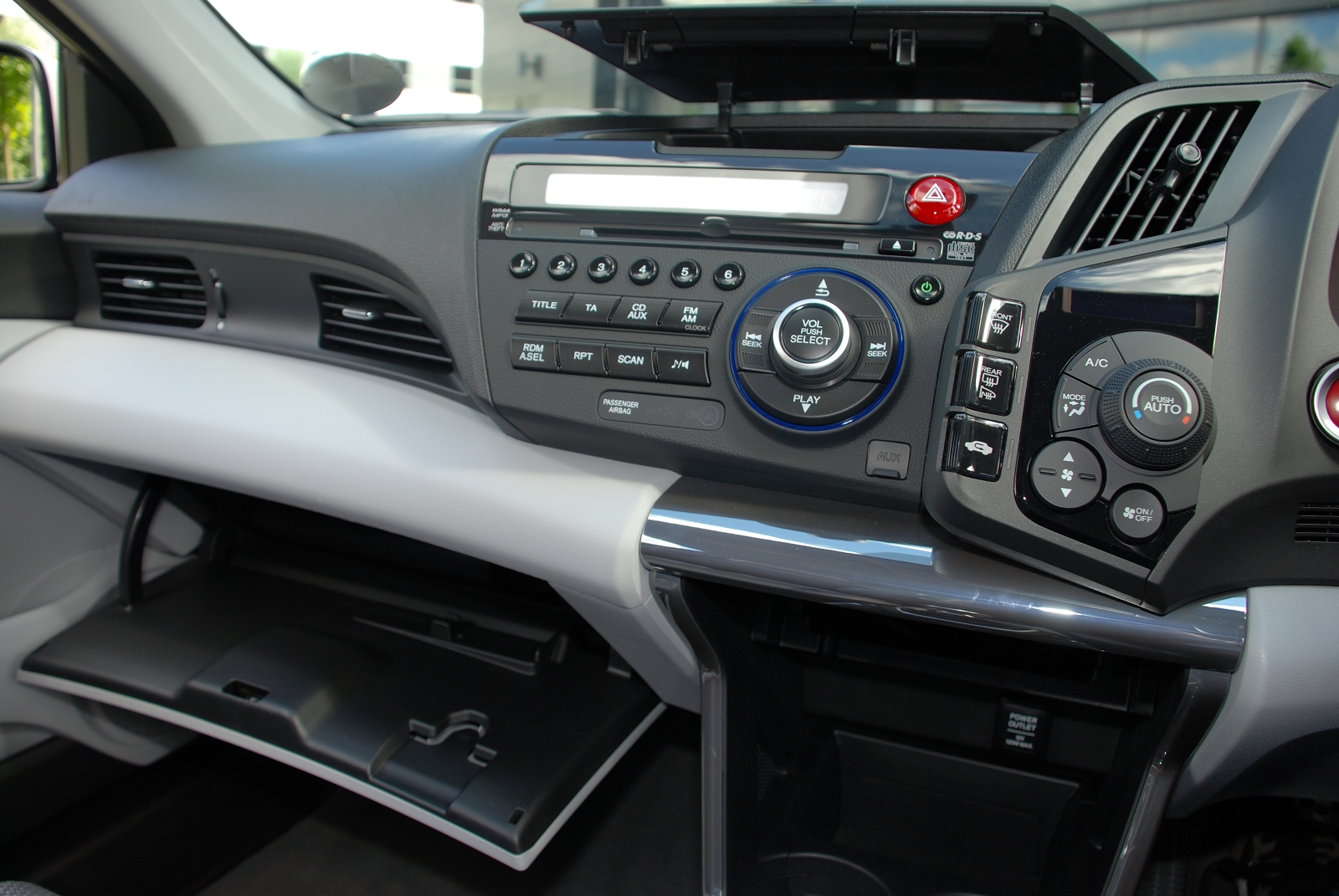 Compartments within the dash can be used to store small, loose items 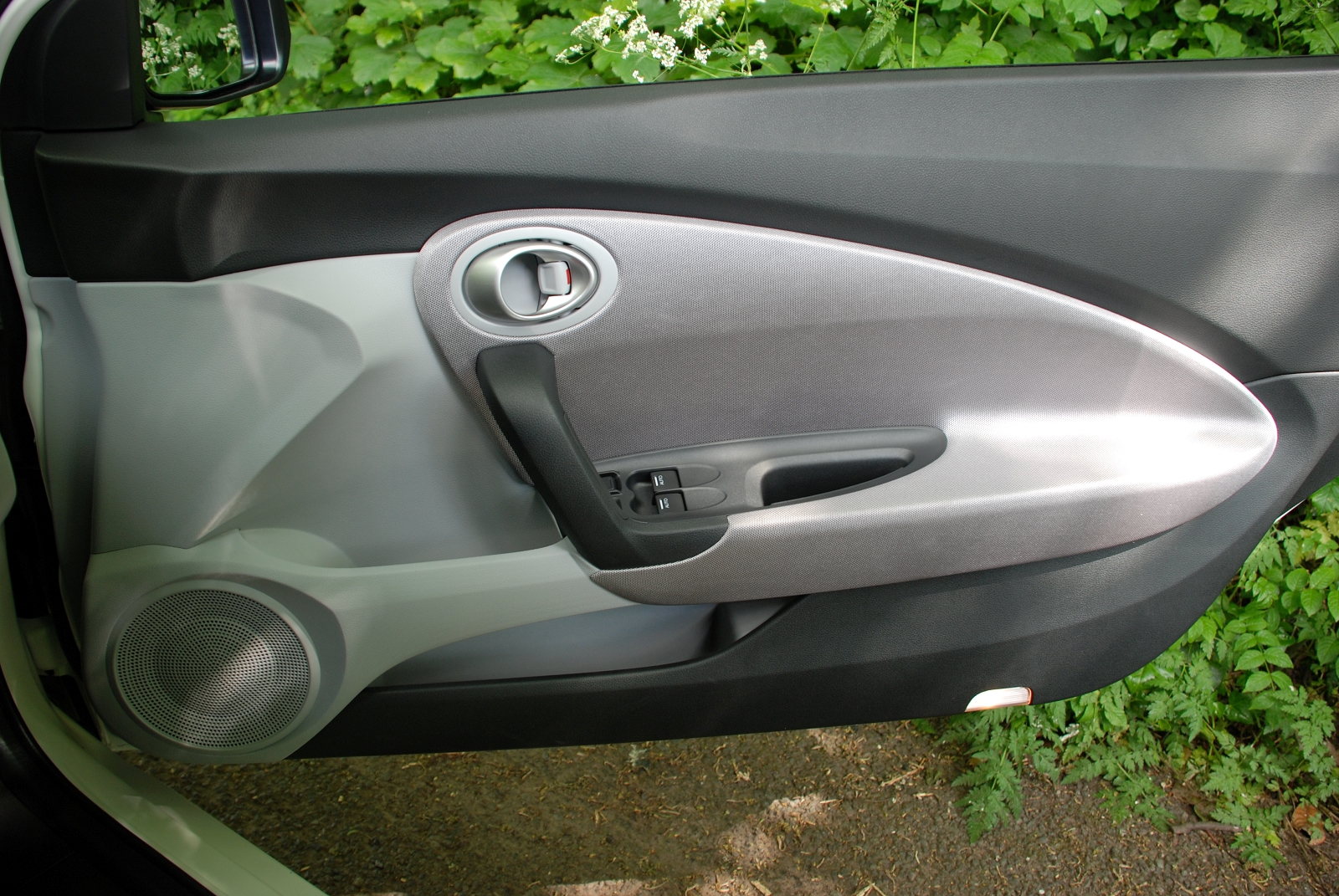 One-mile rear seat
This latest interpretation also offers a 2+2 seating package (though not in the US market). It has been misunderstood by much of the media but it's actually a great feature; an essential part of this car's appeal. For a start, it makes the CR-Z stand out: it's not another run-of-the-mill B-segment GTi. From outside, the roof profile declares ‘I only offer two seats' - a rather more exotic proposition than a Scirocco or Mégane coupé for instance. Likewise, you'd never drive around in a Golf GTi with the rear seat folded down, but in the CR-Z it's the obvious default mode that not only makes the interior look tidier but adds the sheen of two-seat glamour to the package. 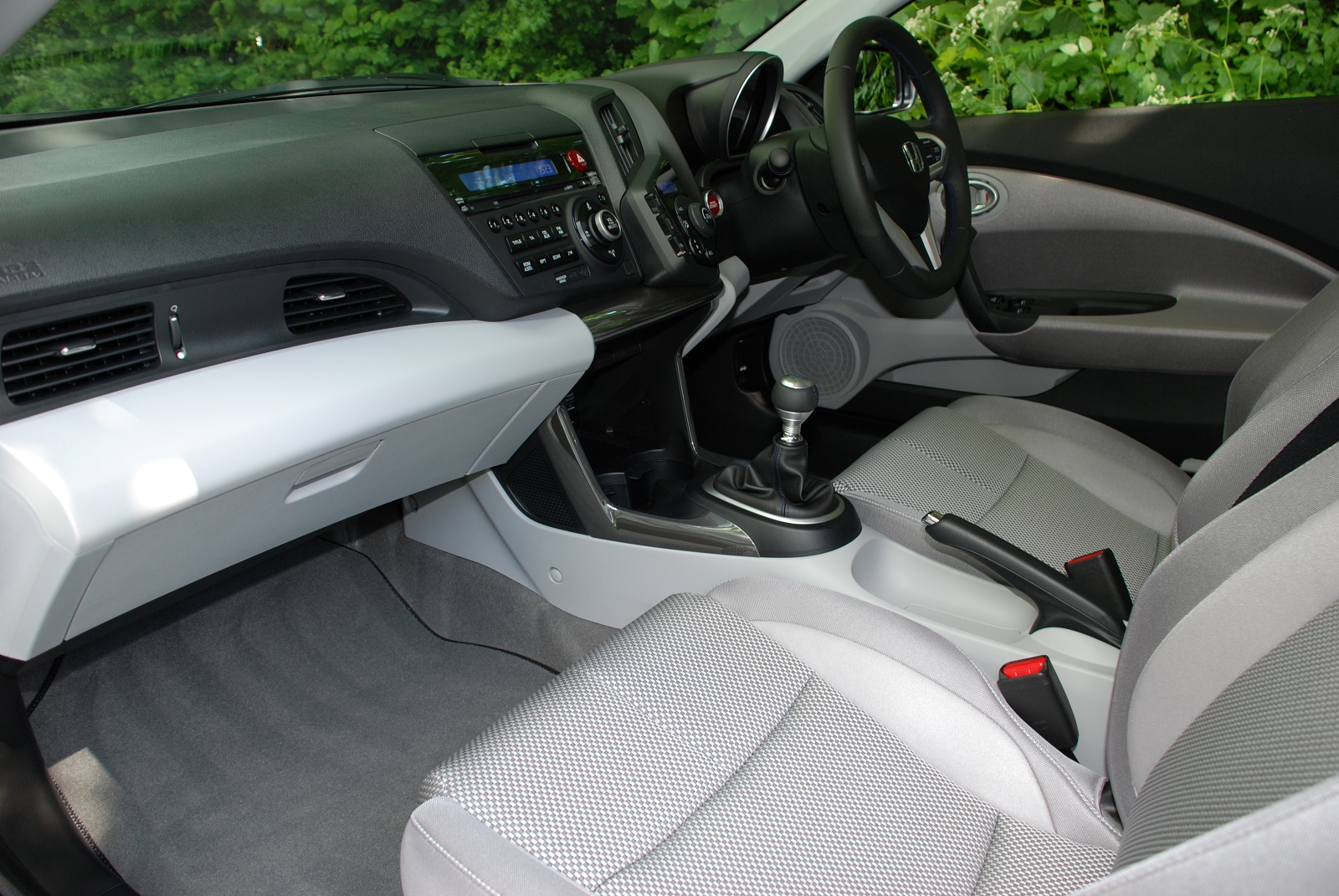 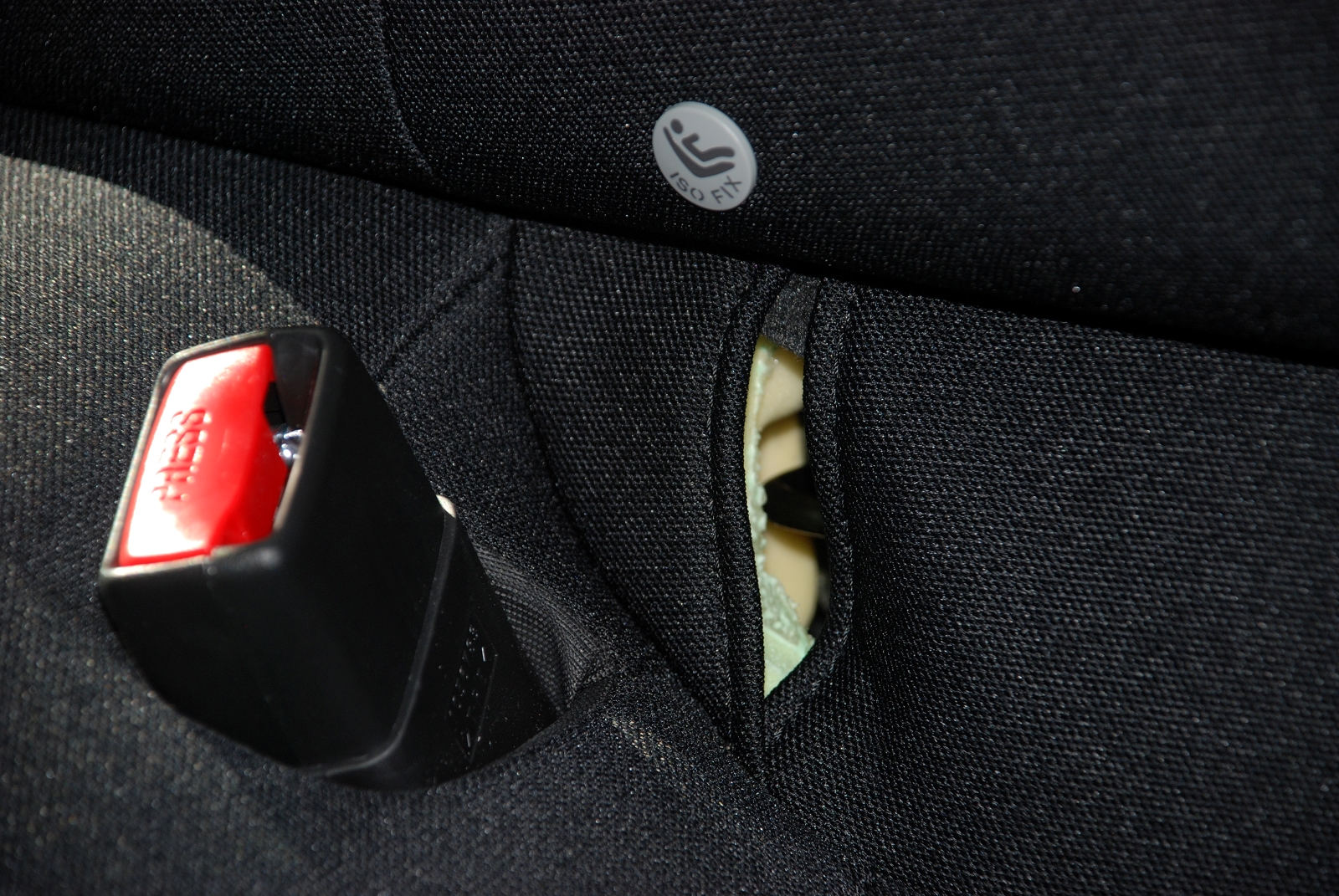 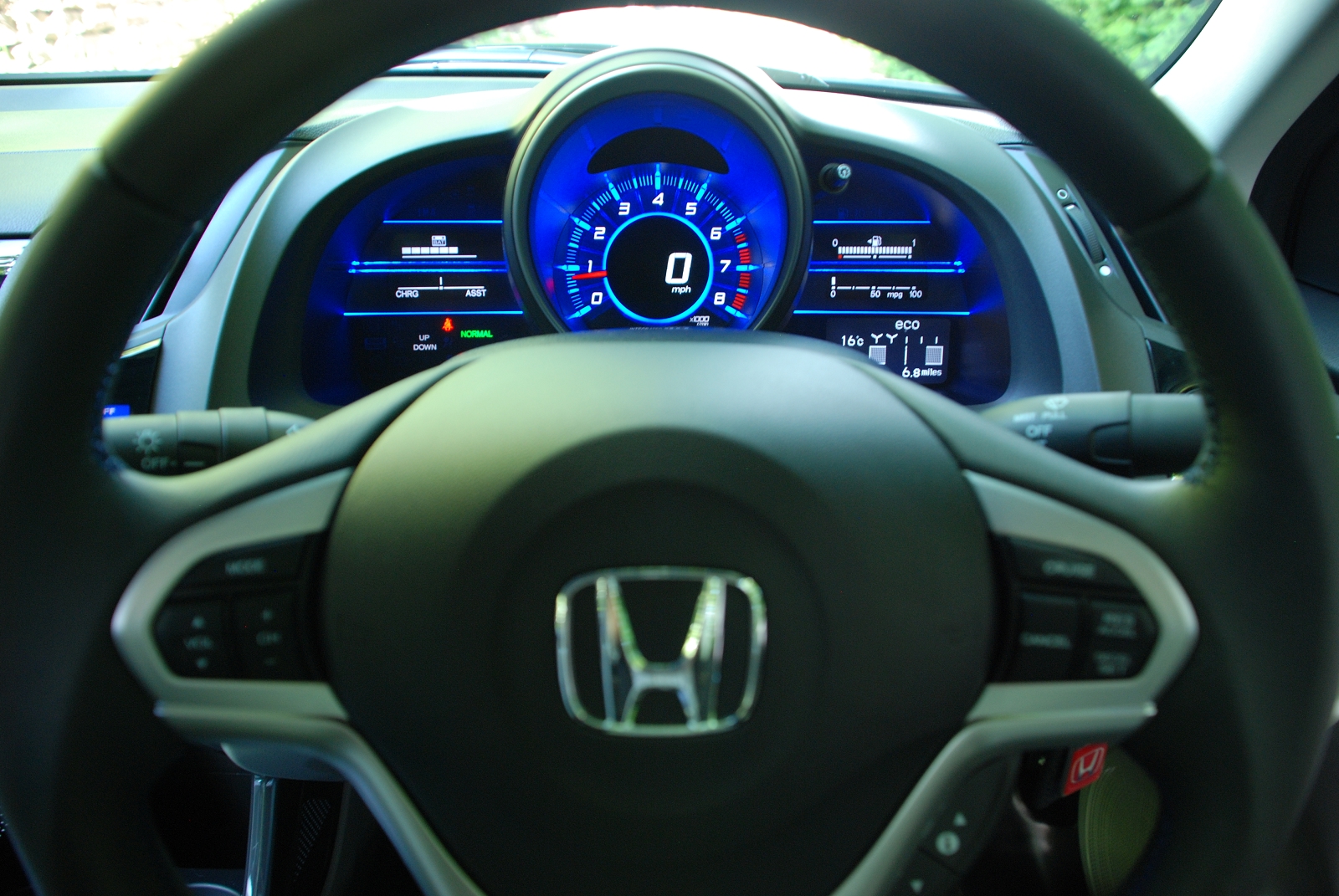 Illumination changes color to suit one of the three driving modes 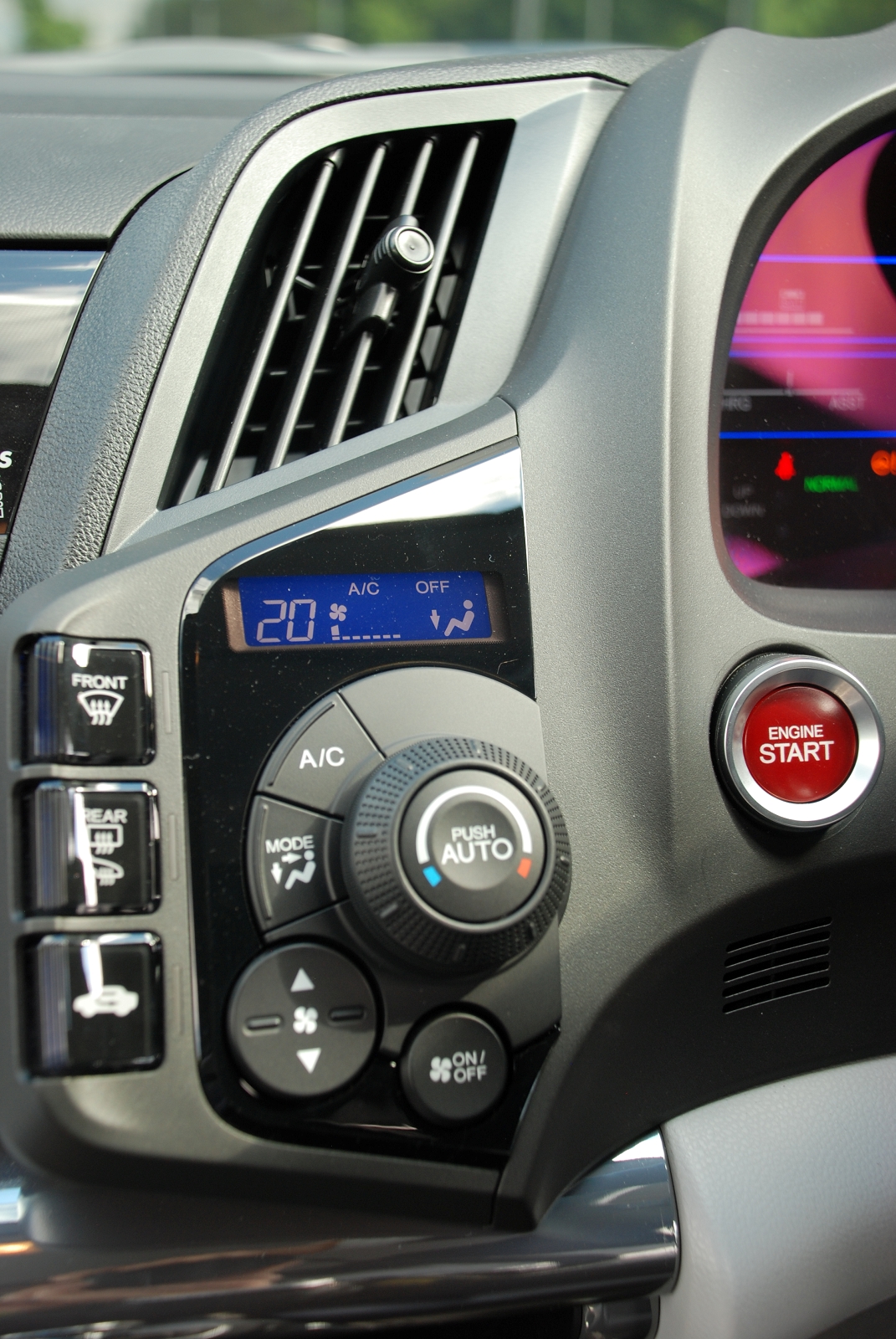 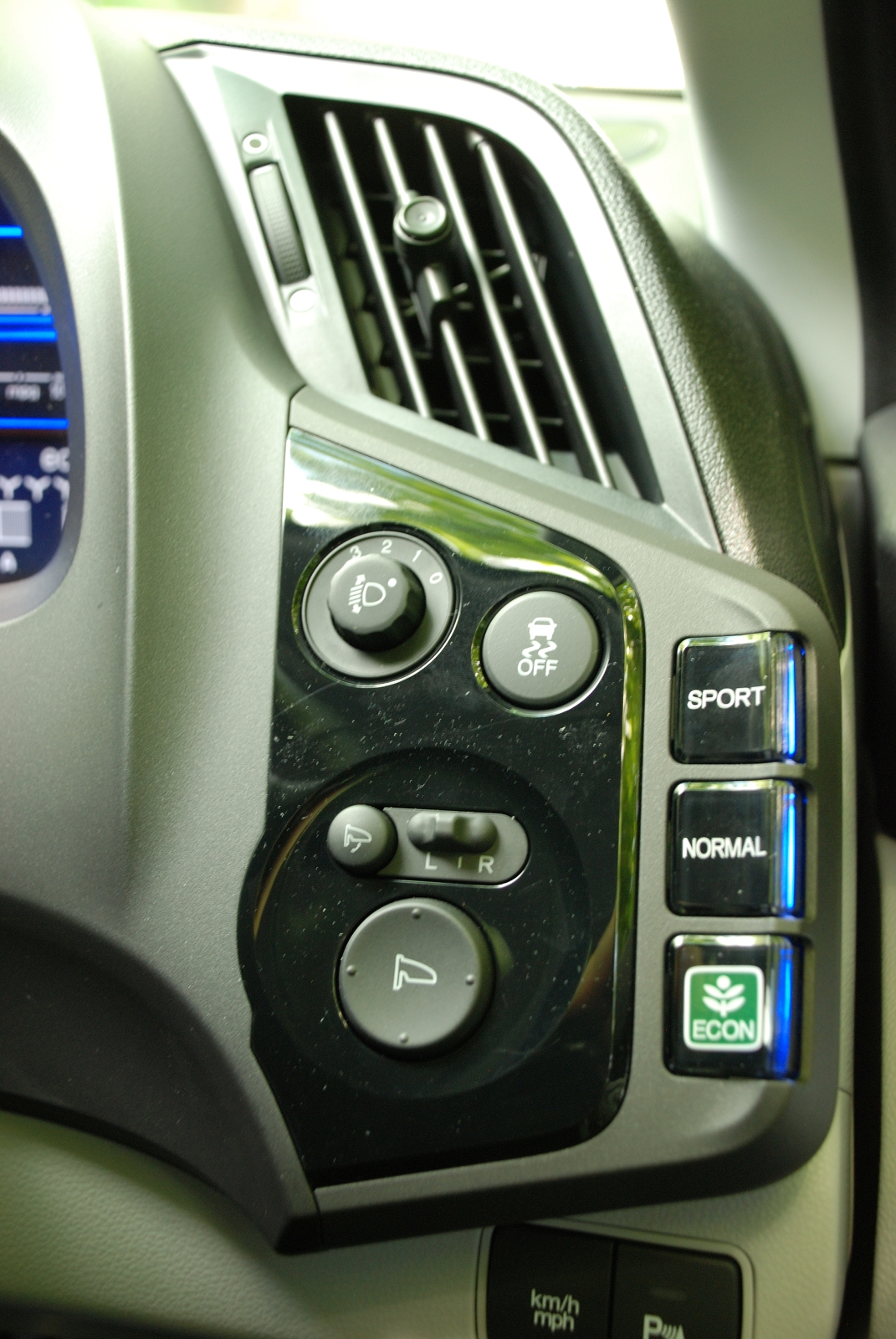 Buttons to select between the Norm, Sport, and Econ driving modes

Sure, a normal-sized driver will find their seat hard against the rear cushion but small children will love the non-adult nature of this rear seat, while it adds an extra delight to be able to squeeze in occasional passengers for a short ‘one-mile' ride. The everyday benefit is a neat pair of secret storage lockers under the folded rear seat squab that are ideal for slinging in a laptop, camera or shopping bag to stop them from spilling around and remain hidden from view.

Unfortunately the temporary rear seat exposes the lack of the attention to detail, which will lead to an impression of perceived quality that falls short of the mark. One obvious example was the seat foam clearly visible though the rear Isofix cutouts in the seatback. A simple snap up plastic cover would have prevented this.

Complex displays
The instrument panel is a complex series of volumes and controls, with a lower glovebox area that runs straight across rather than pushing forward as does the adjacent upper IP.

Two pods sit either side of driver's binnacle, somewhat reminiscent of the old NSX. The right hand one houses HVAC controls, with a main rubber rotary control and readout for temperature and air direction. There are three outer buttons for recirculation and demist functions, while the other side has three buttons for Sport, Norm and Econ driving modes that illuminate blue on their outer edges. Inboard are lighting and mirror controls, with two angled air vents above.

There are a hectic series of displays too. The large, central rev-counter also houses a readout for speed that appears as a floating field in front of the main dial. An inner halo ring changes color according to driving mode - blue for Norm, red for Sport, green for Econ. To the right are bar graph readouts for fuel and instantaneous fuel usage. Below are a series of digital readouts for average fuel usage, range, distance and temperature gauge.

The opposite side contains all warning lamps, cruise control and power mode readouts. Above these is the charge assist readout which encourages one to keep the needle in the center. Gunning the car shoots needle to the right, coasting or overrun shoots it left. Above that is the battery condition readout. That's a lot to read, and it's confusing to pick out the precise readout you want at speed.

Sporty Coupe (& Hybrid)
As the first hybrid that's fun to drive, the CR-Z was worth the wait, but in our mind Honda has got its market positioning a bit wrong. The CR-Z is billed as a Sporty Hybrid Coupe - in that order, whereas the hybrid drivetrain should be merely an aside.

But it's a good result, and the flood of orders coming in for the car in Japan is testament to its instant appeal. With the old CR-X, each subsequent model became bigger and less focused so it's good to see the CR-Z get back to the purity of the original and the hybrid powertrain should be regarded as simply today's version of the 1983 CR-X's cutting-edge hi-tech engine.