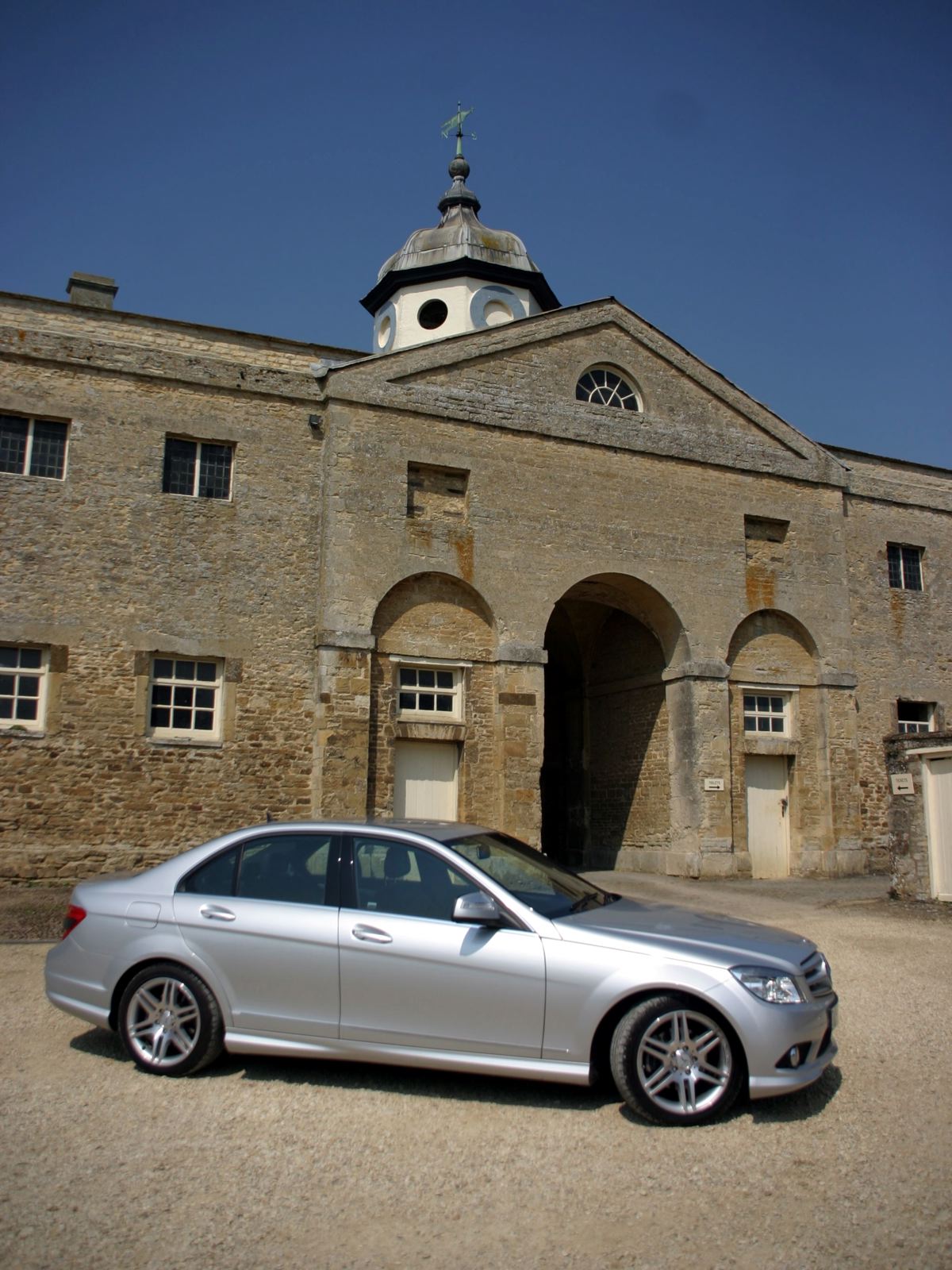 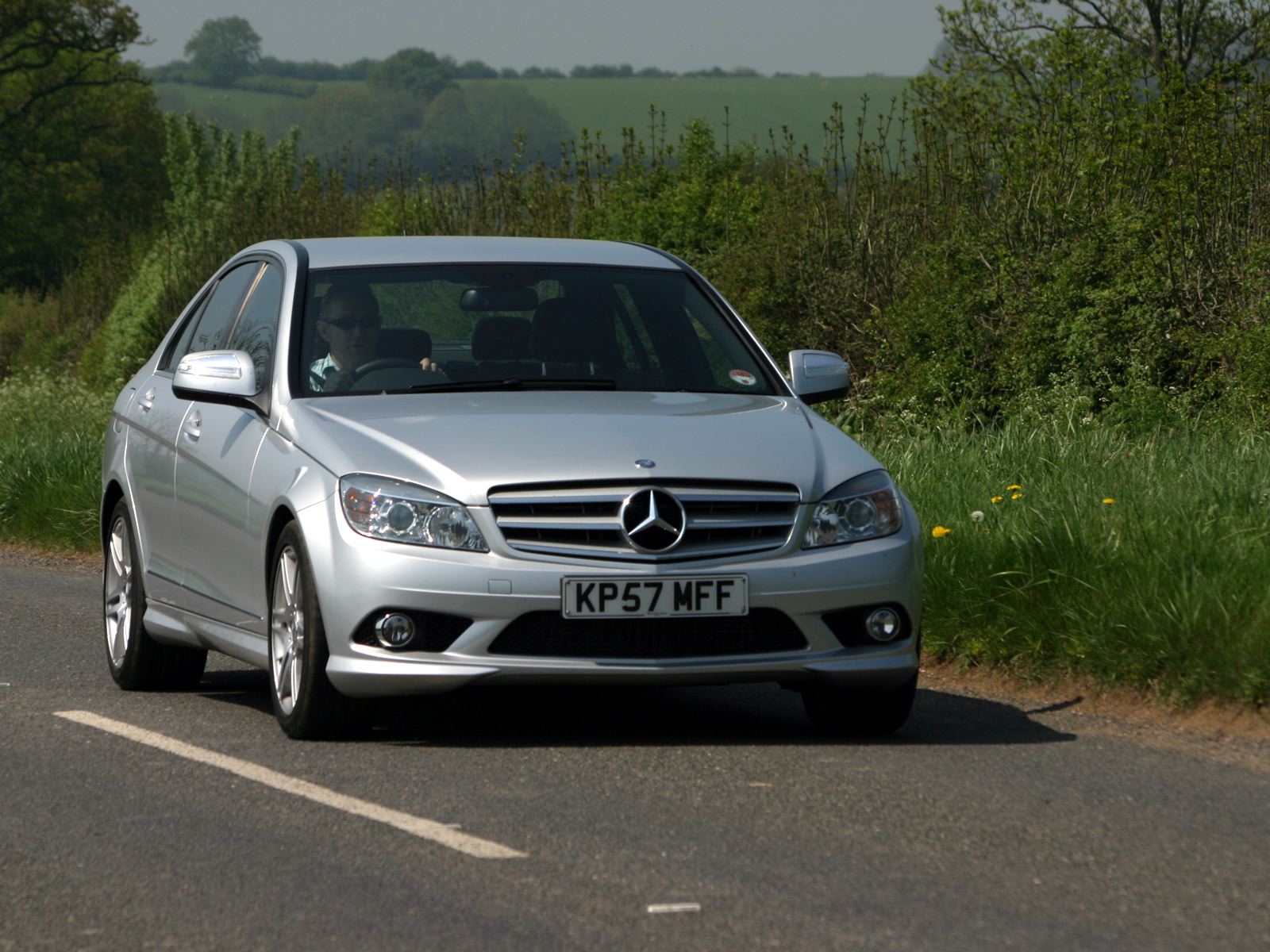 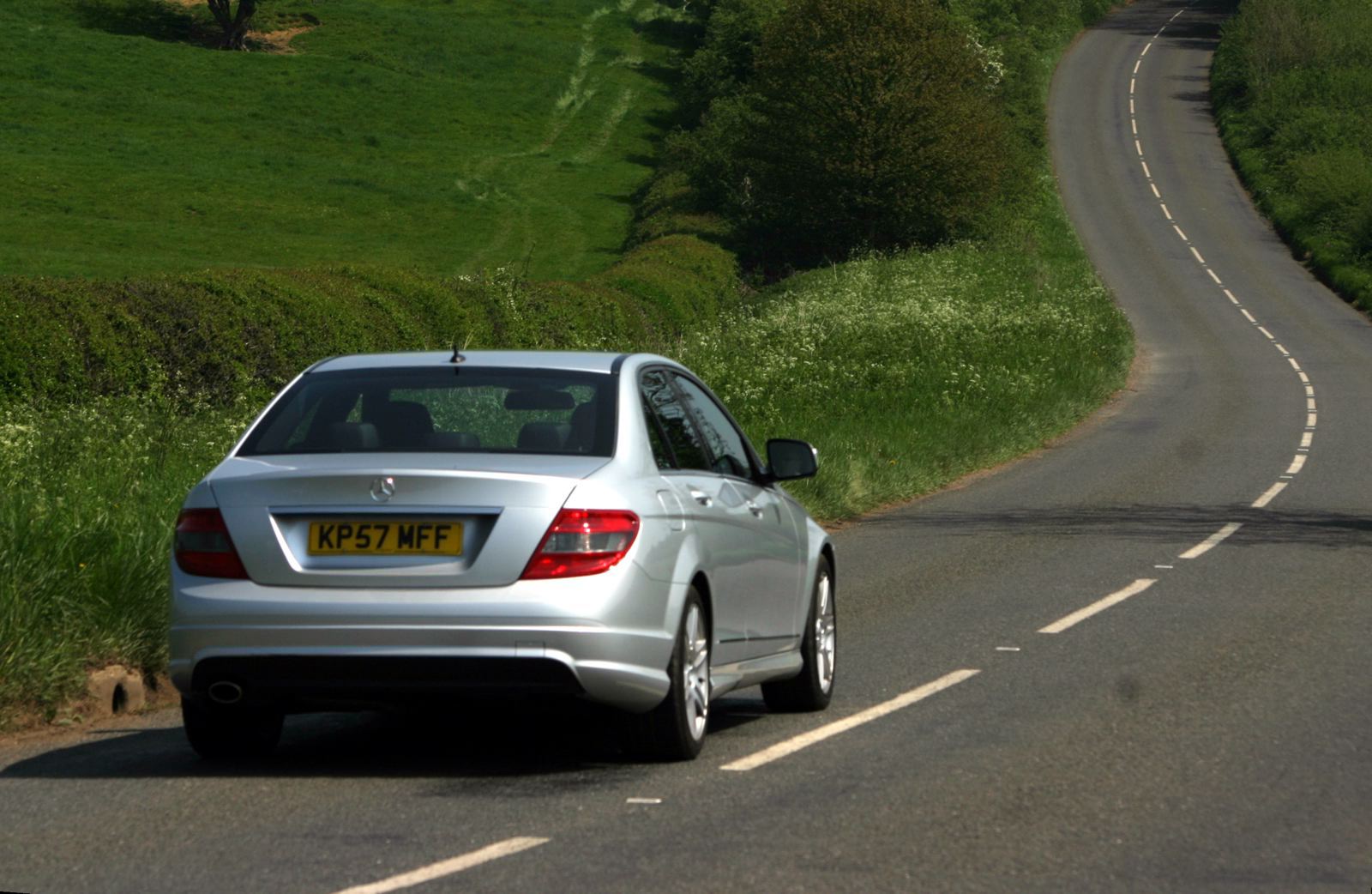 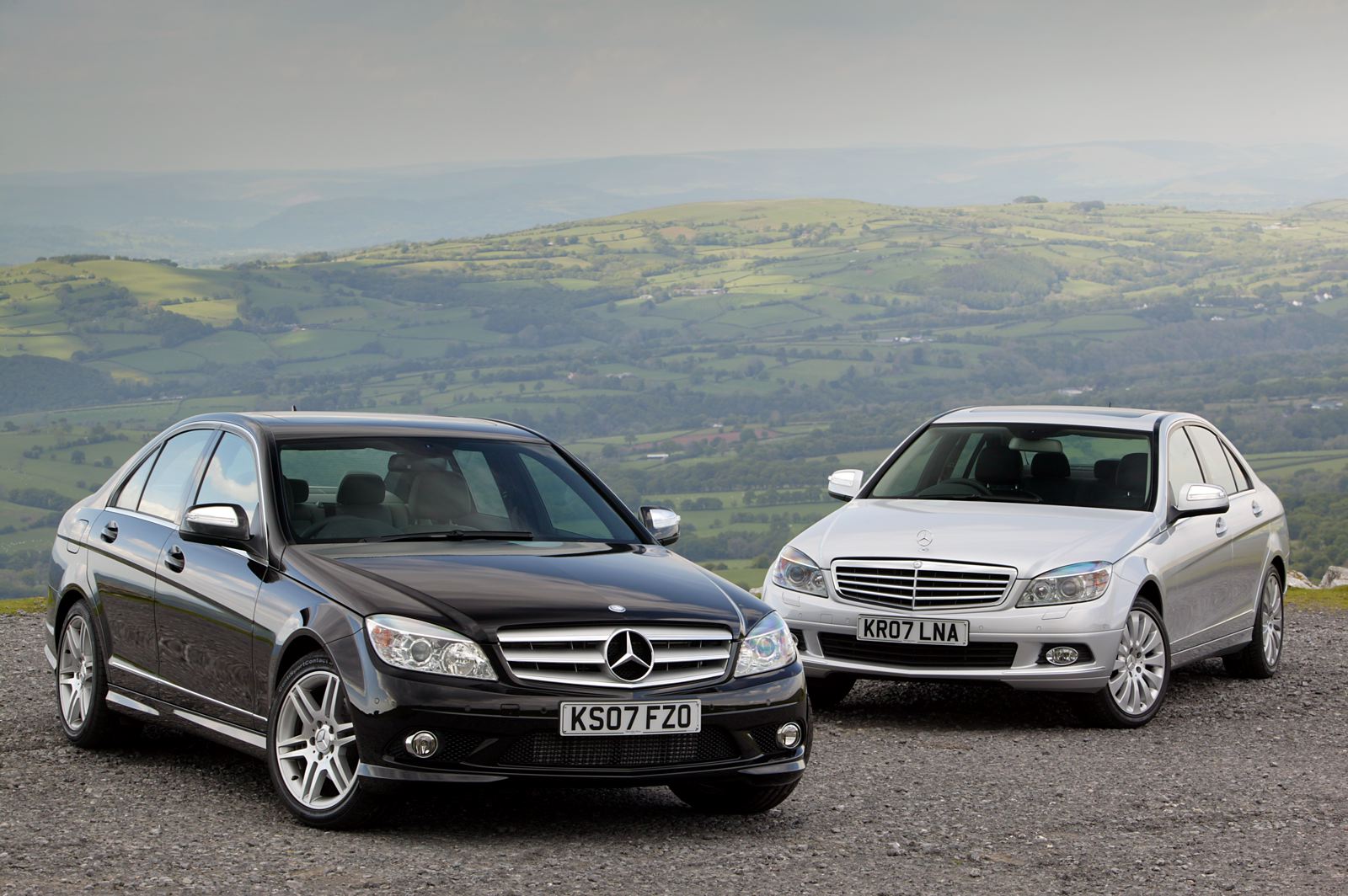 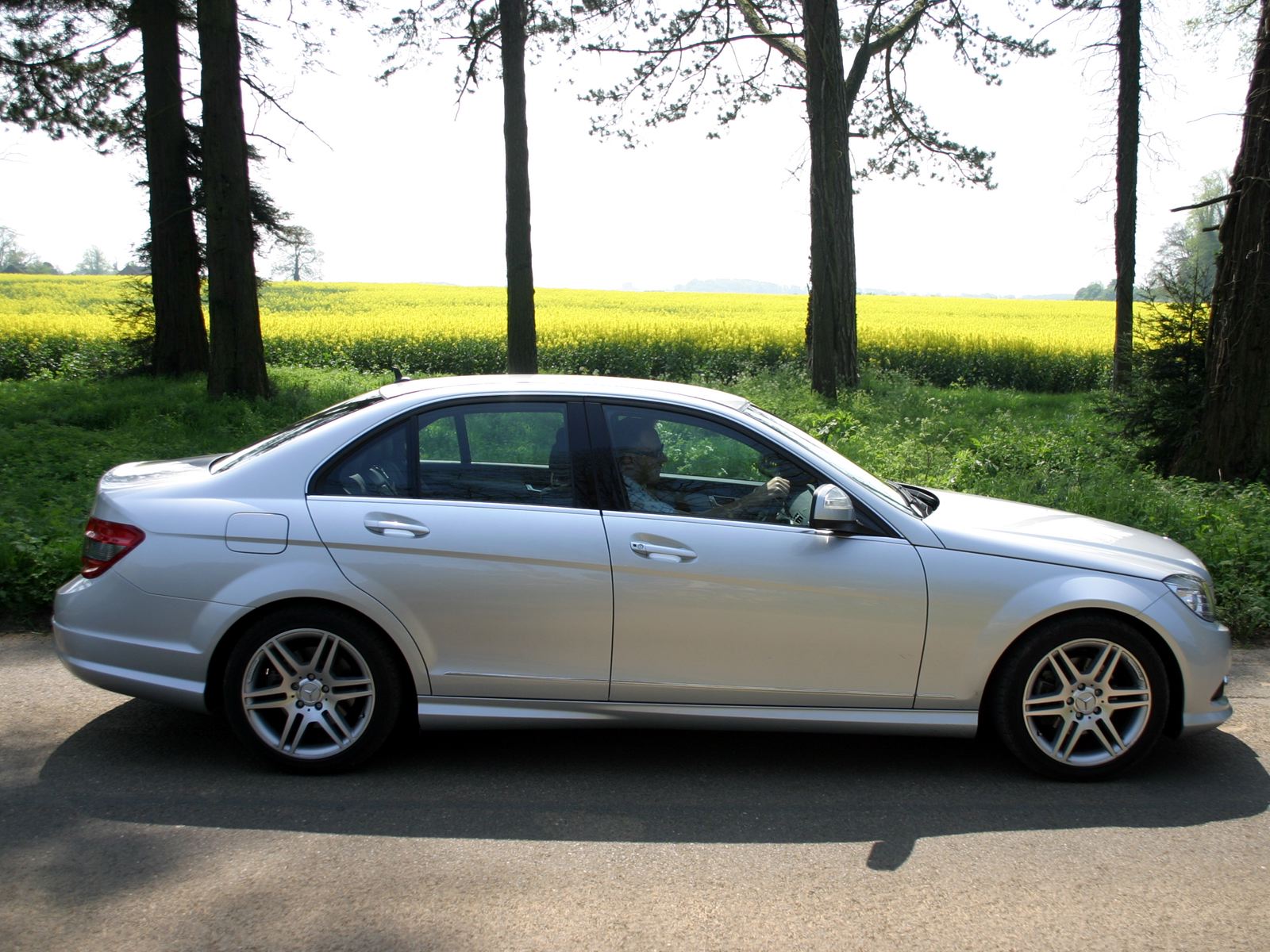 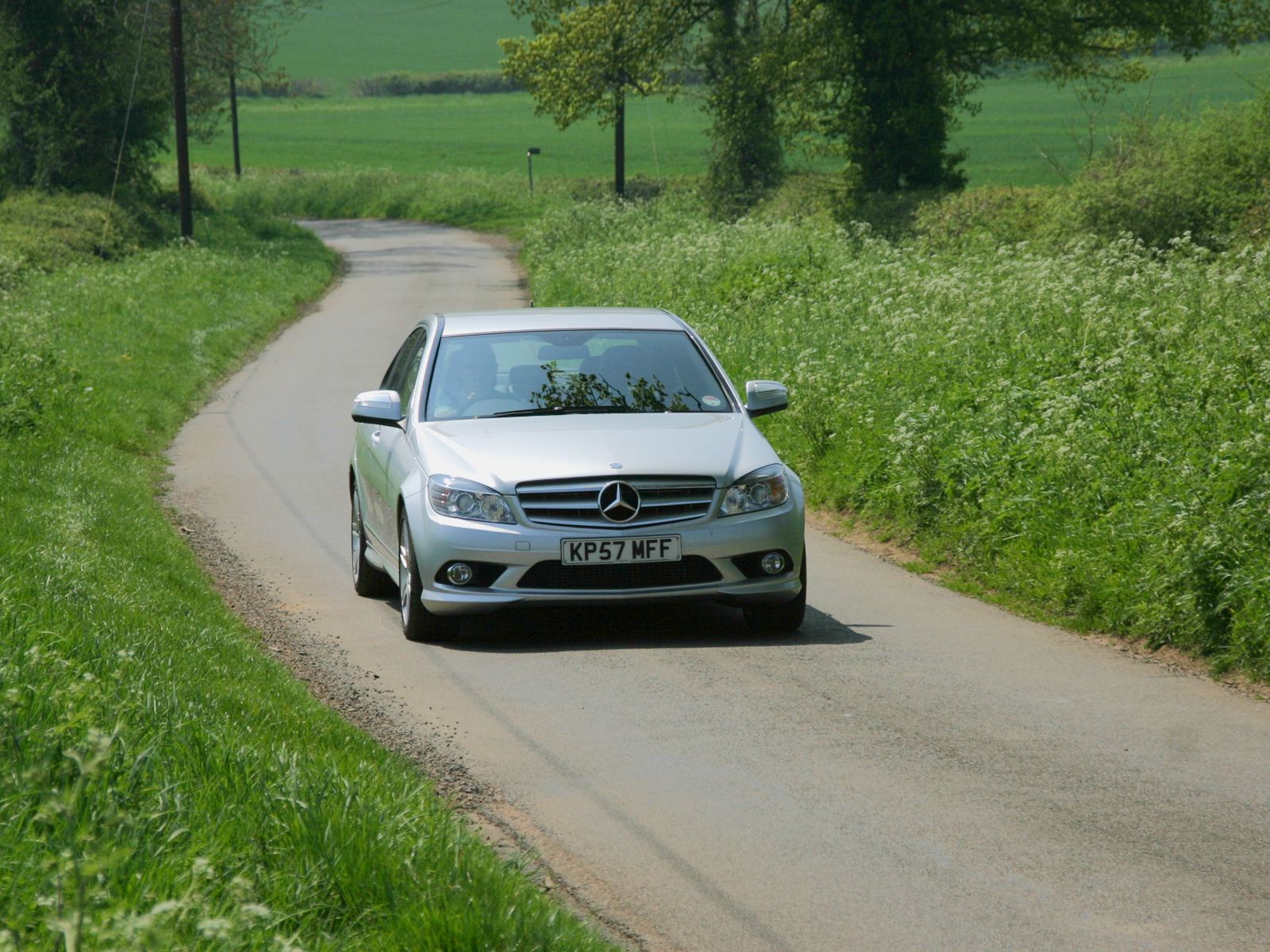 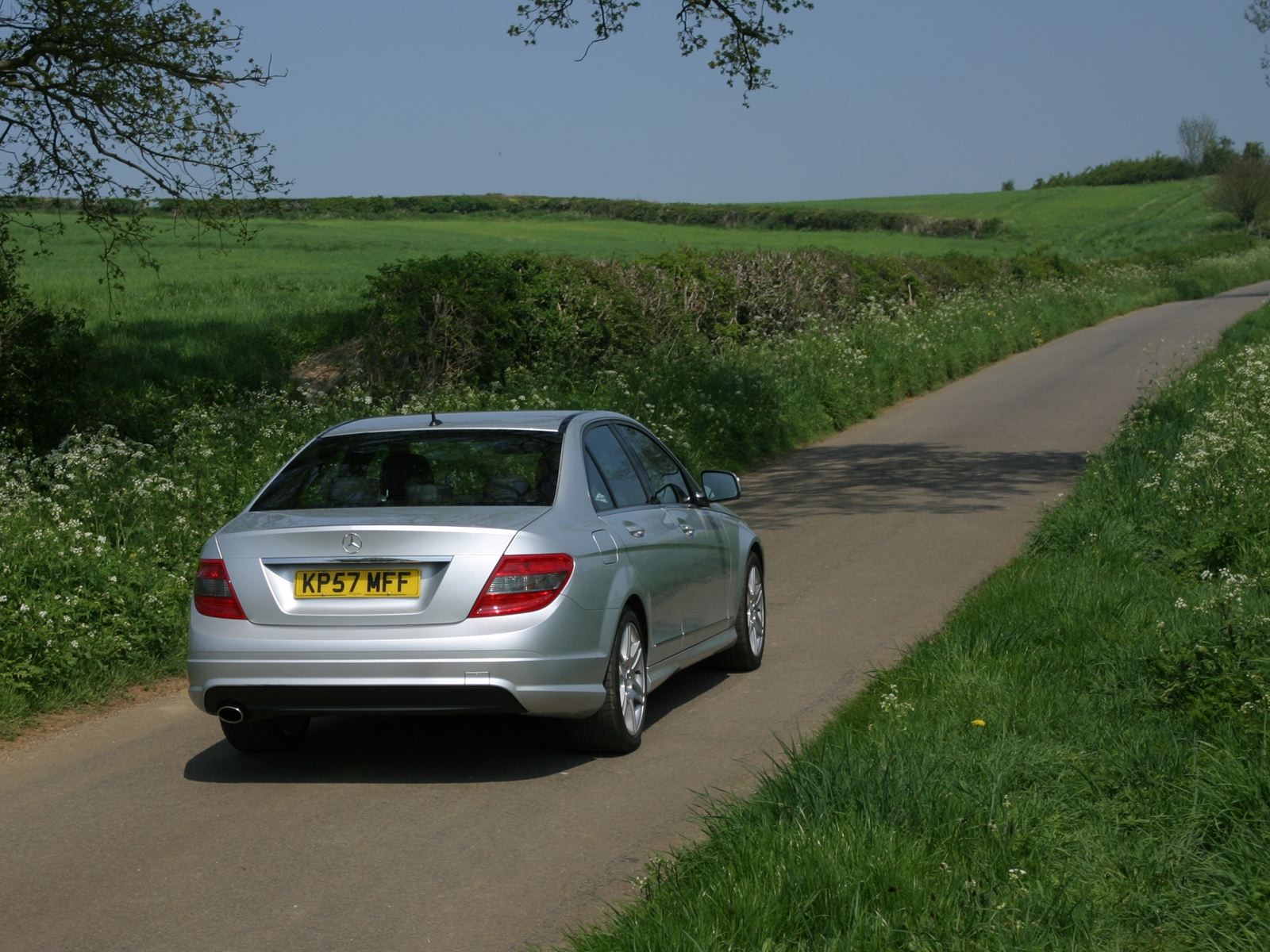 Just over 25 years ago, in November 1982, Mercedes Chief Designer Bruno Sacco introduced his new 'baby' 190, codenamed W201. Billed as the new compact Mercedes, it was a successful model that lasted a full ten years until being replaced by the first C-Class (W202). This model - the first with the triangular tail lamps - lasted until 2000 when it was replaced by the W203, a more softly-styled update of the W202 model, with the 'peanut-shaped' linked double headlamps. Roll forward seven years and the W204, the latest C-Class, duly arrived in spring 2007, bang on cue. 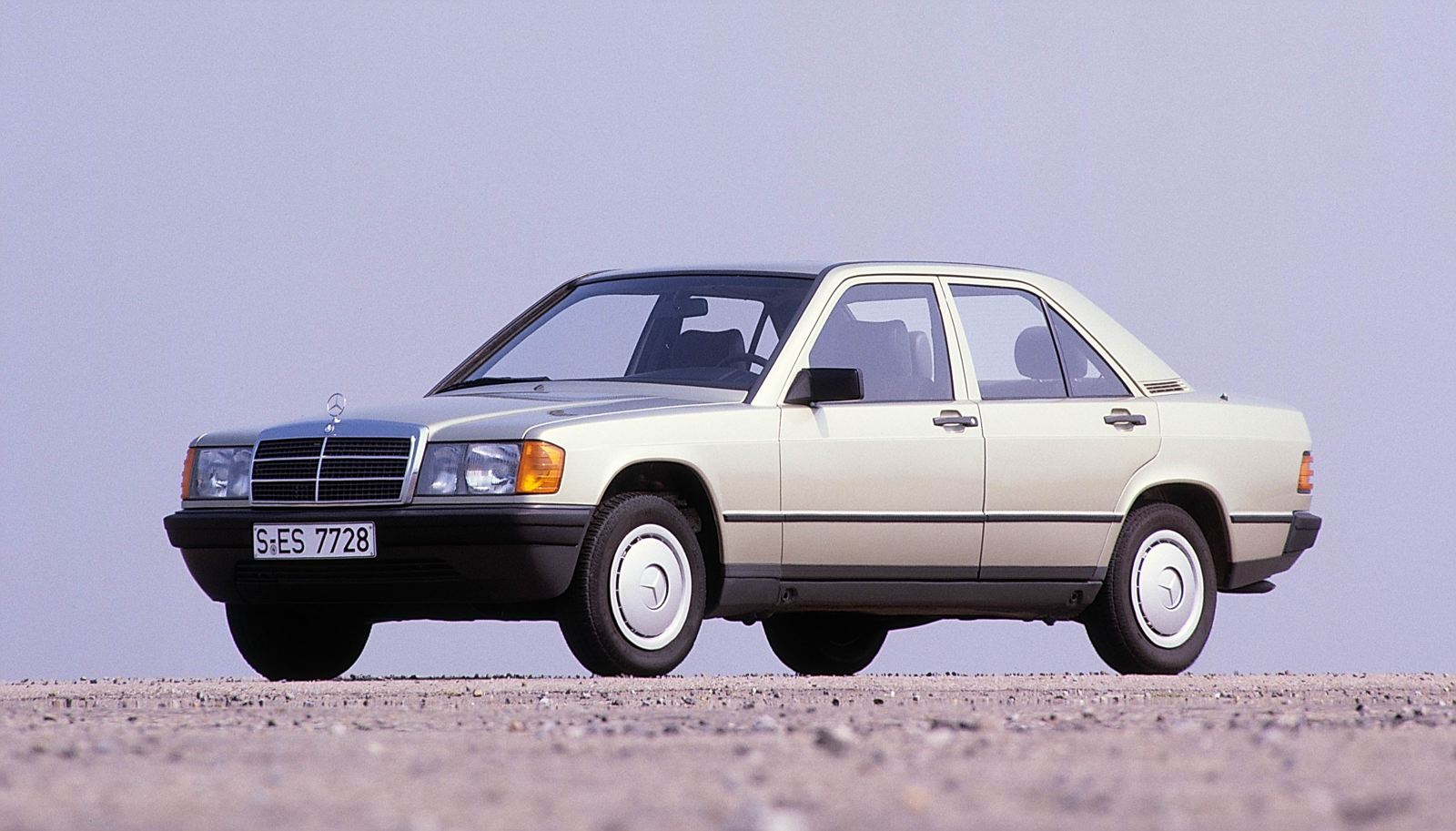 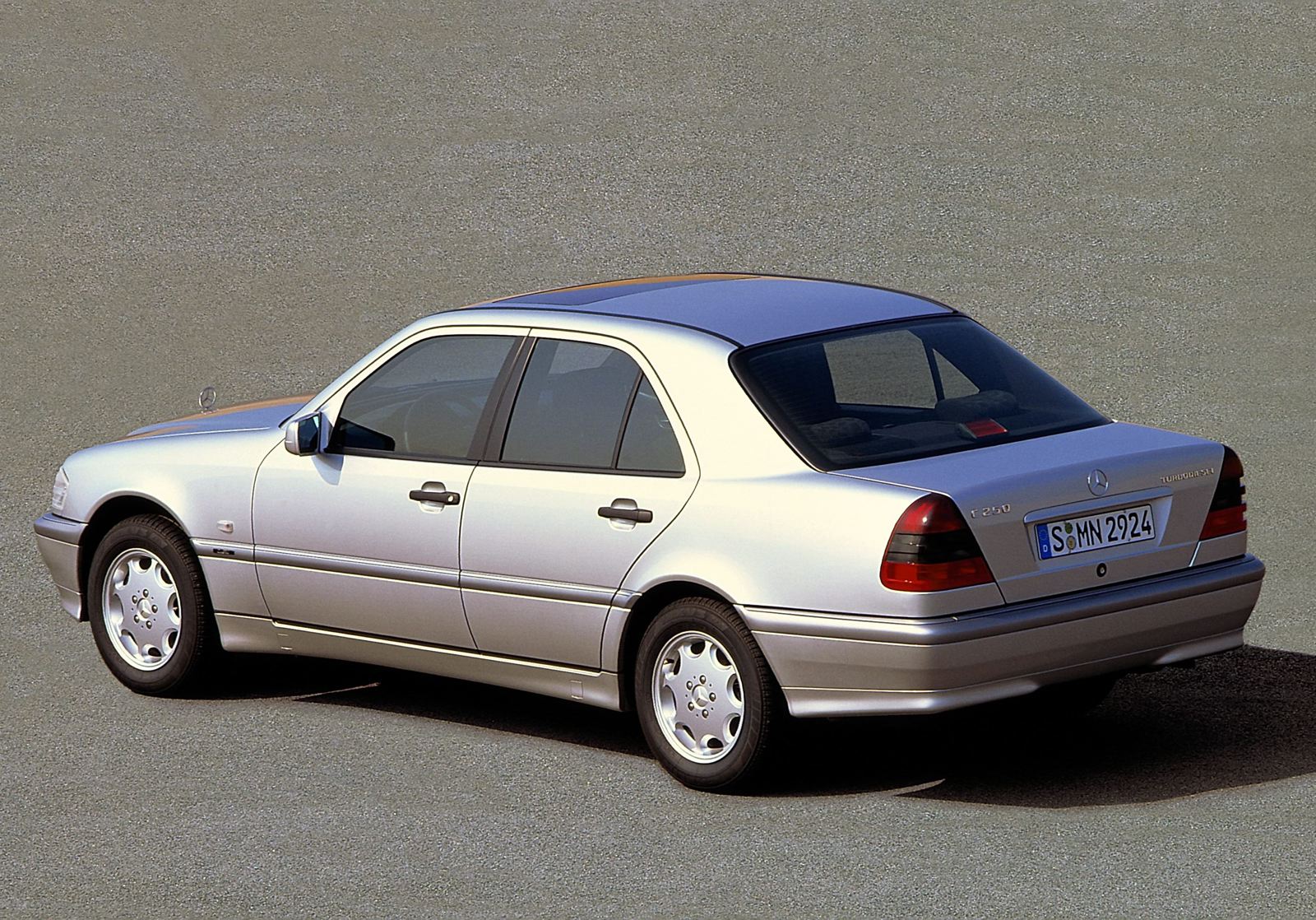 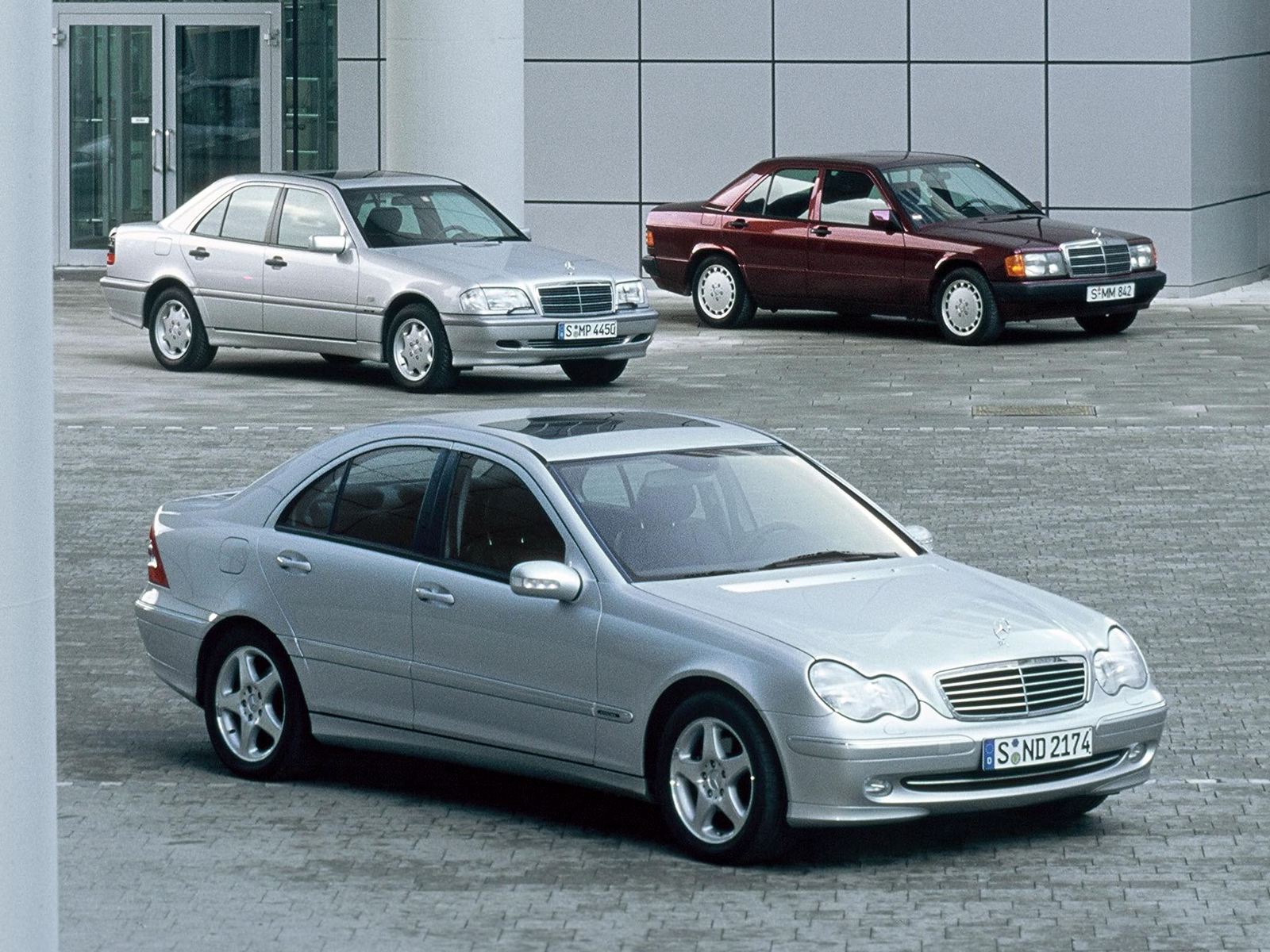 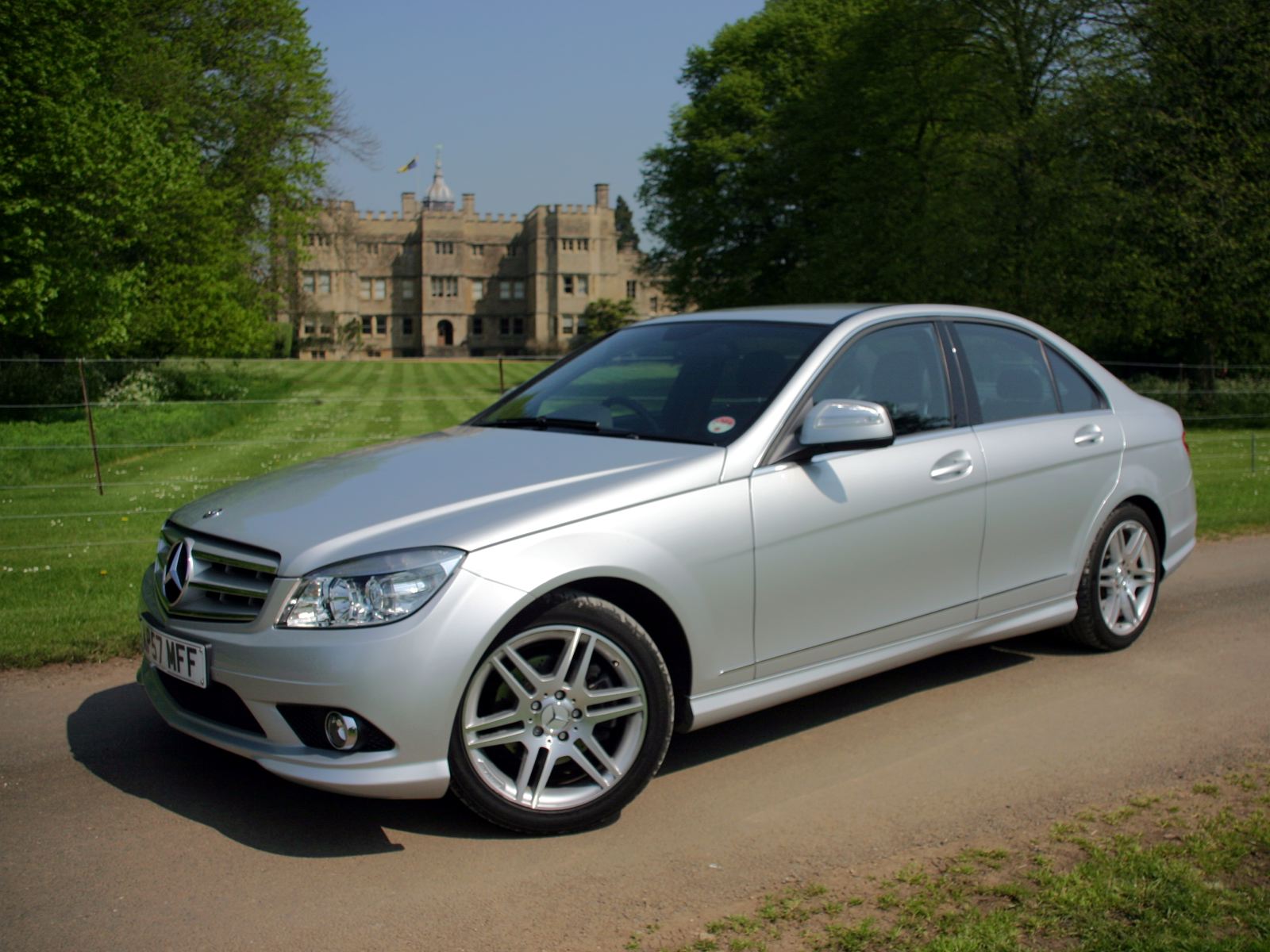 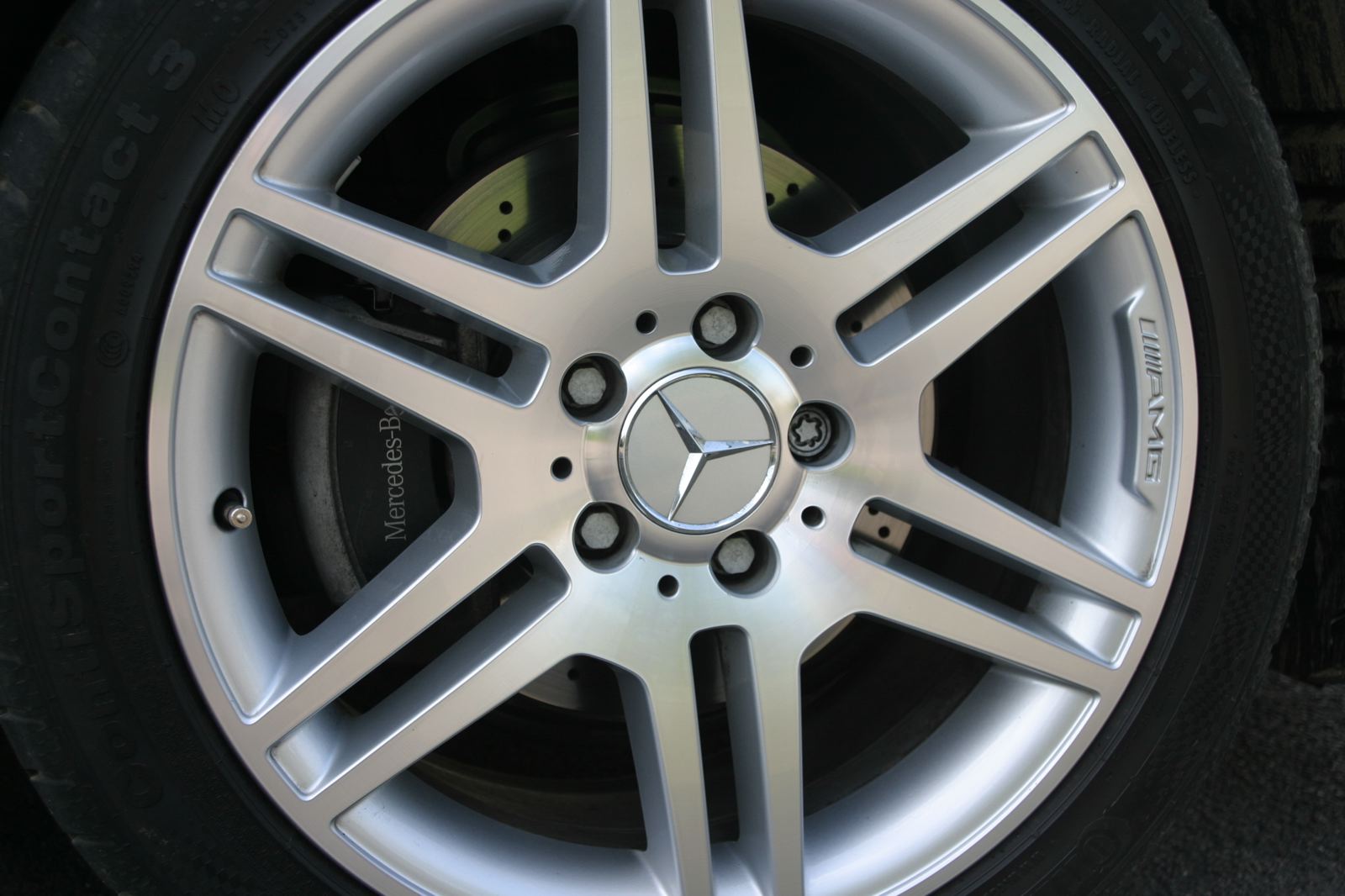 The W204 design represents quite shift of style for the C-Class, the biggest since 1993. Like its predecessor, it appears at first glance as a scaled down version of an S-Class. Whereas the previous W203 and W220 S-Class relied heavily on the closeness to the car to identify each one correctly (an S-Class at 300m away? Or a C-Class at 200m distance?), this time the differences are more obvious.

Seen next to a new W221 S-Class in the street, the new car has more of its own character, with less pronounced wheelarches and a more distinctive front end. Style is not the only thing that's changed significantly: the W204 introduces the biggest change of size in the C-Class since the original 190. Although the length has increased by just 55mm, wheelbase and width have both increased considerably to give a more substantial look to the car. In this respect, it follows the path of the latest Audi A4, offering a size of cabin that's not far off the previous generation E-Class model, yet remaining more compact than mainstream sedans such as the Ford Mondeo or VW Passat.

Created under the direction of Gordon Wagener, the design shows all the hallmarks of his influence, eschewing the softness and serenity of the previous Pfeiffer design in favor of a more frenetic series of lines and slashes that shout a bit louder in today's crowded marketplace. The result is an undeniably handsome and sporty design, especially around the V-shaped front end or the rear mask with its wide grin.

Seeing the car in natural light rather than the confines of a motor show stand, we noticed how the car carries more visual cues from the latest CL coupé or SLK rather than the S-Class sedan. Our Iridium Silver test car was equipped with the Sports pack option (Avantgarde in other markets) that features the SL-type chrome front grille with three matte silver louvers and large Mercedes-Benz star that distinguish it from the Classic or Elegance versions, with their hood-mounted star and finely-textured grilles. The Sports pack option includes a tasteful AMG body kit comprising of front apron, rear apron, side skirts and 17-inch AMG wheels, together with 15mm lower sports suspension that combine to underscore the dynamic look of the car.

Up close, one notices some of the awkwardness that typifies much of current Mercedes design. There are a number of twisted surfaces that introduce an uncontrolled play of light: the door handles sit somewhat oddly on the twisted shoulder surface, the clamshell hood has a highlight that traverses the outer edge, fighting the hood shutline, and the chrome side protector appears to change angle so light values shift along its length. Interesting details in themselves but hardly tranquil, nor timeless - values that Sacco placed highly on his list of 'musts' for good design.