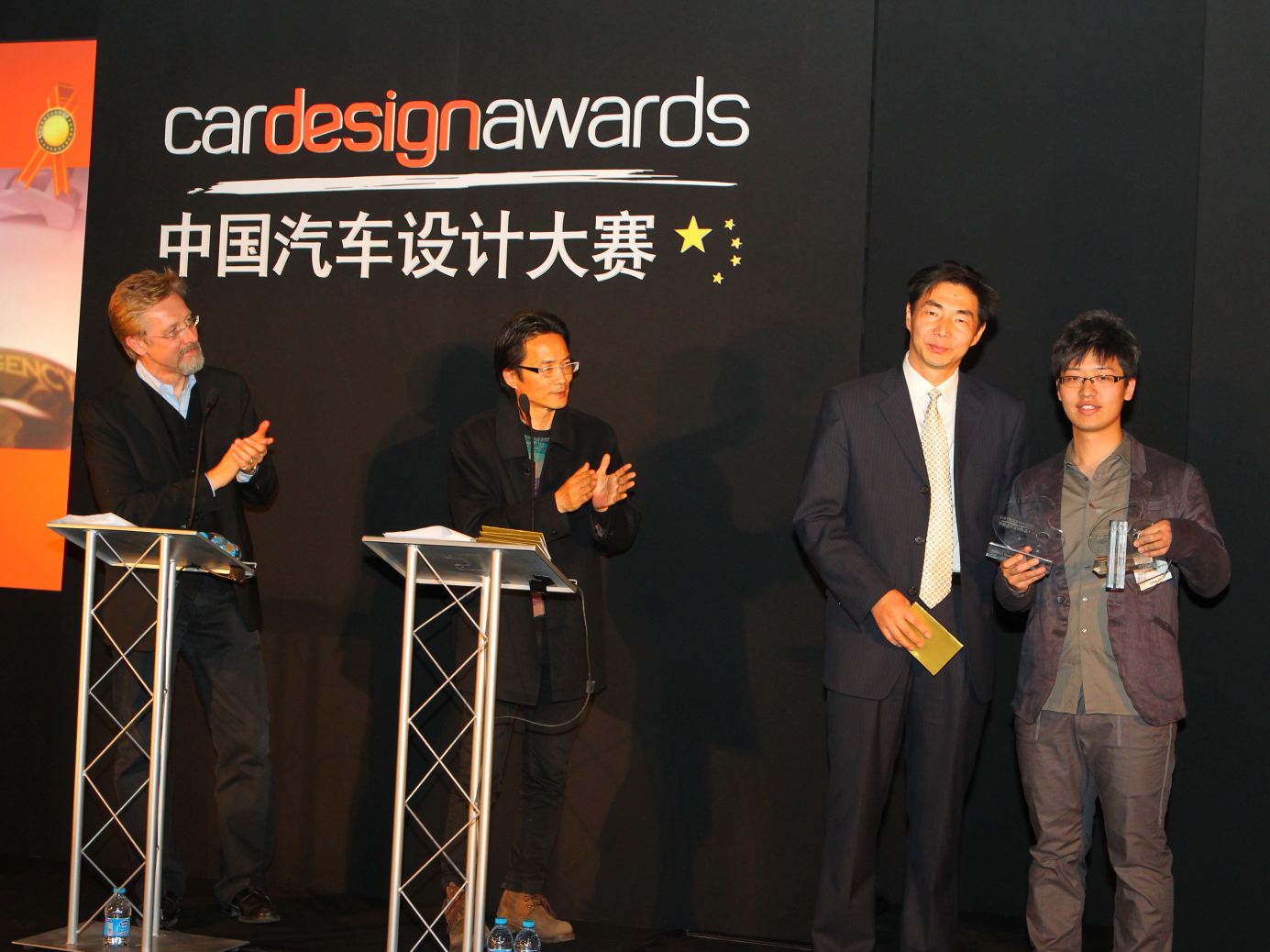 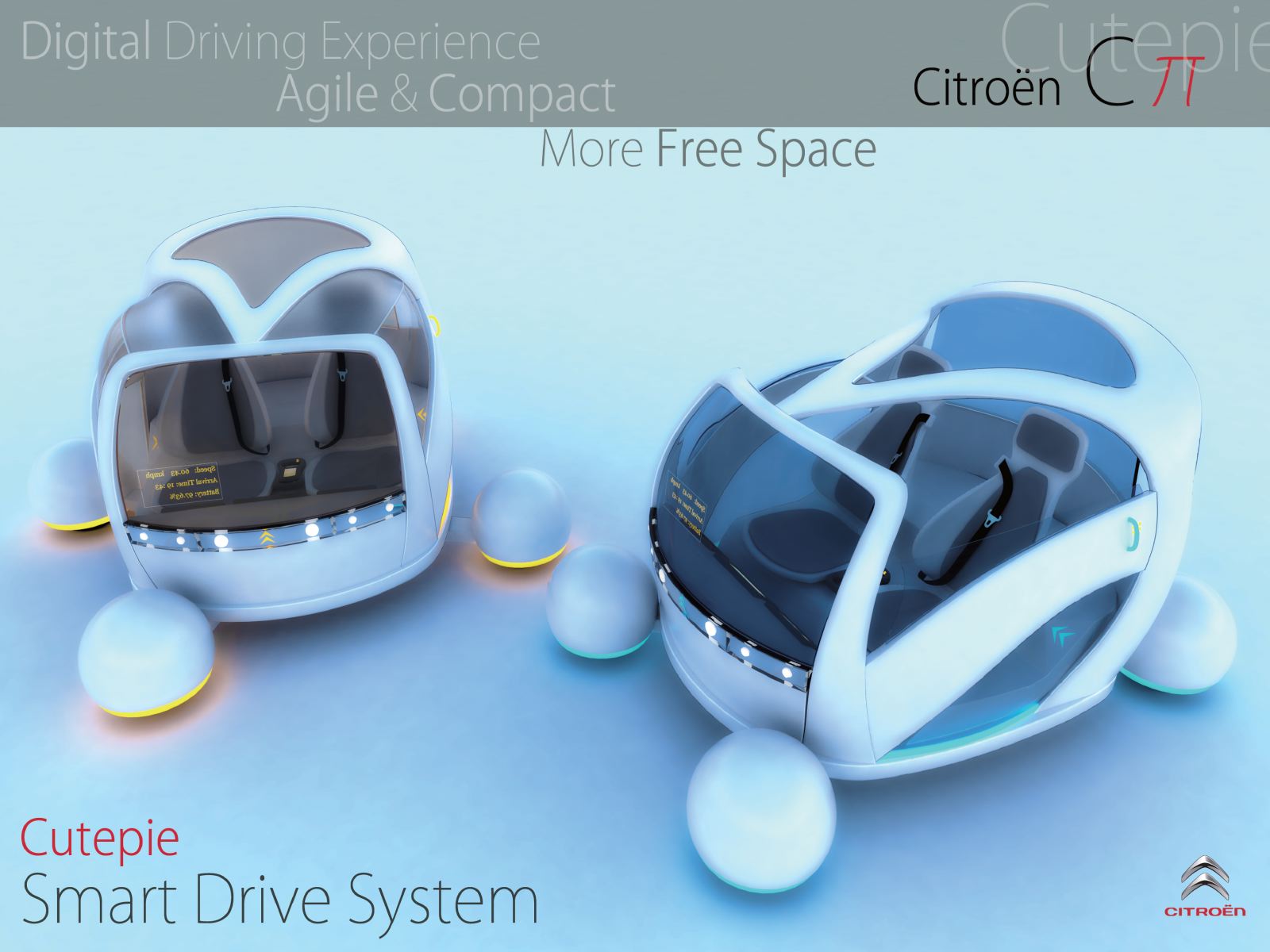 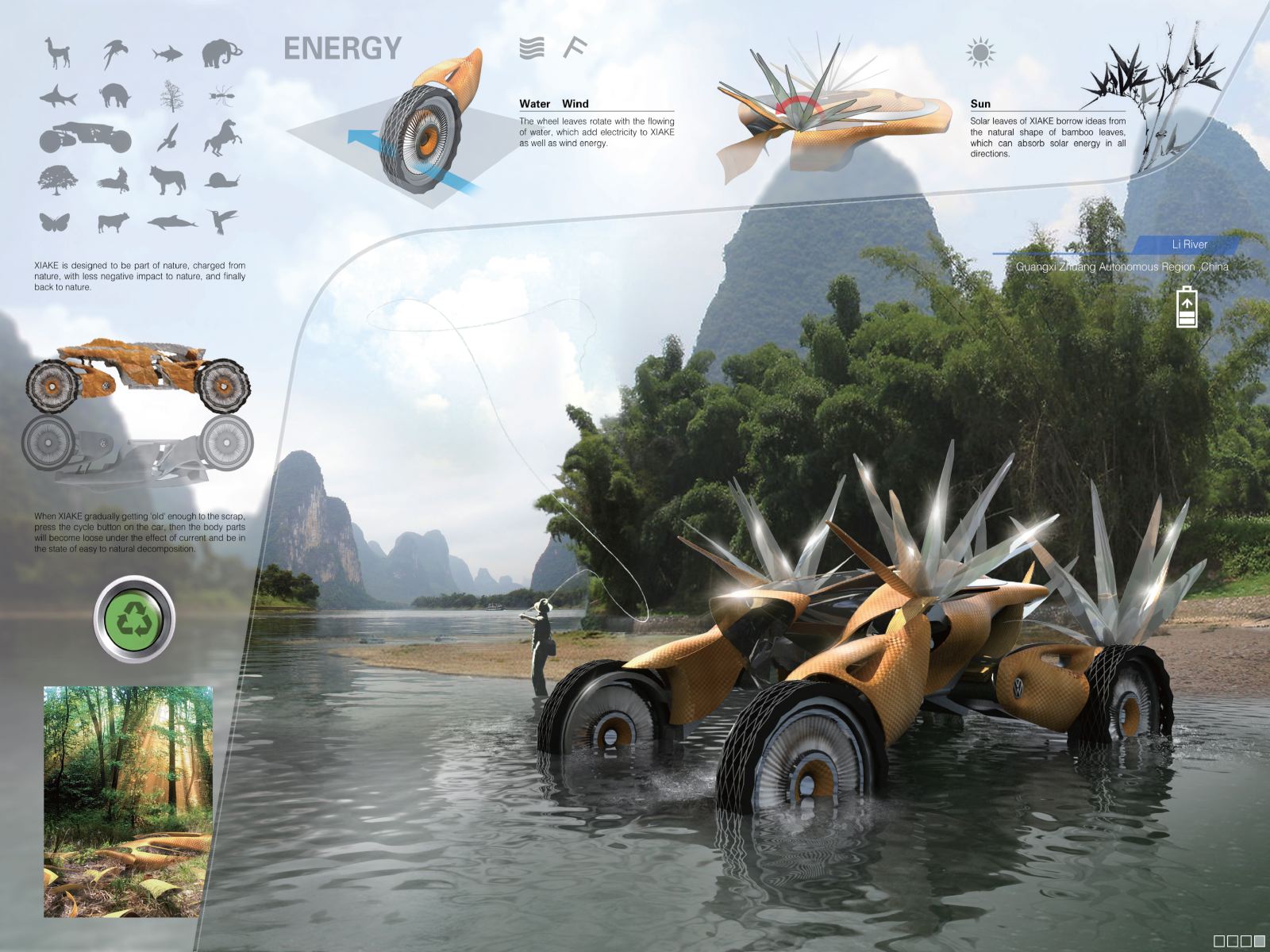 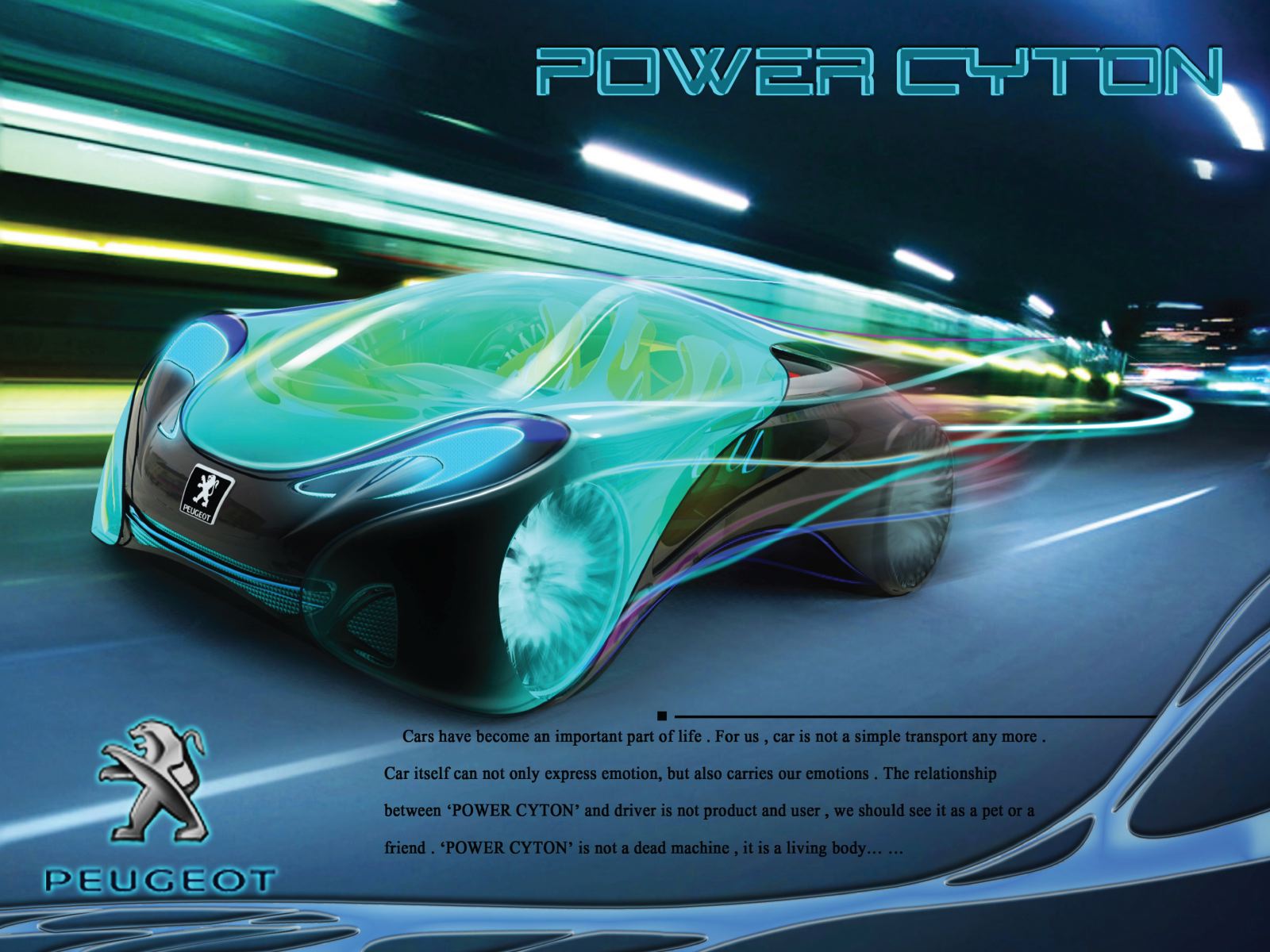 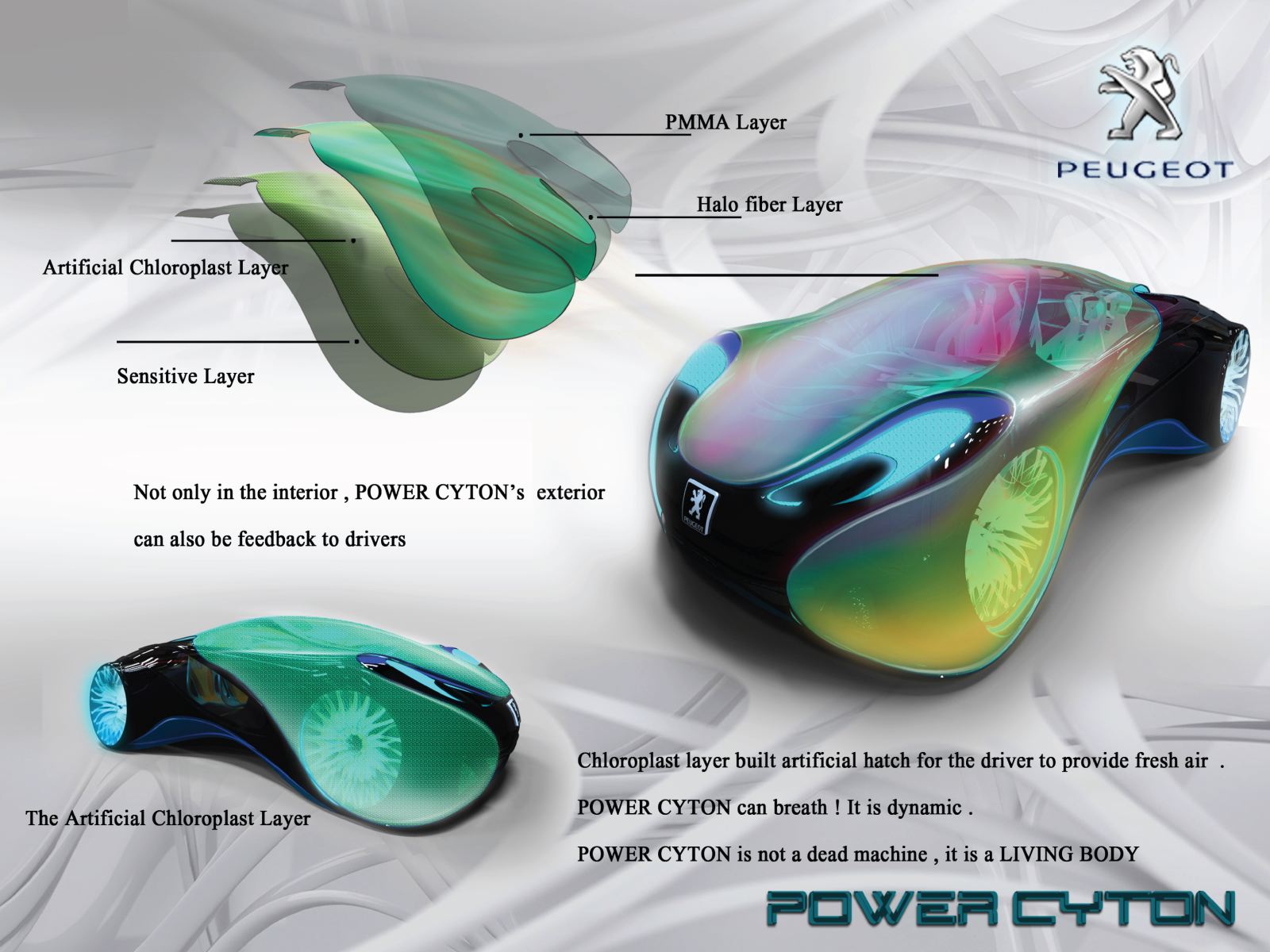 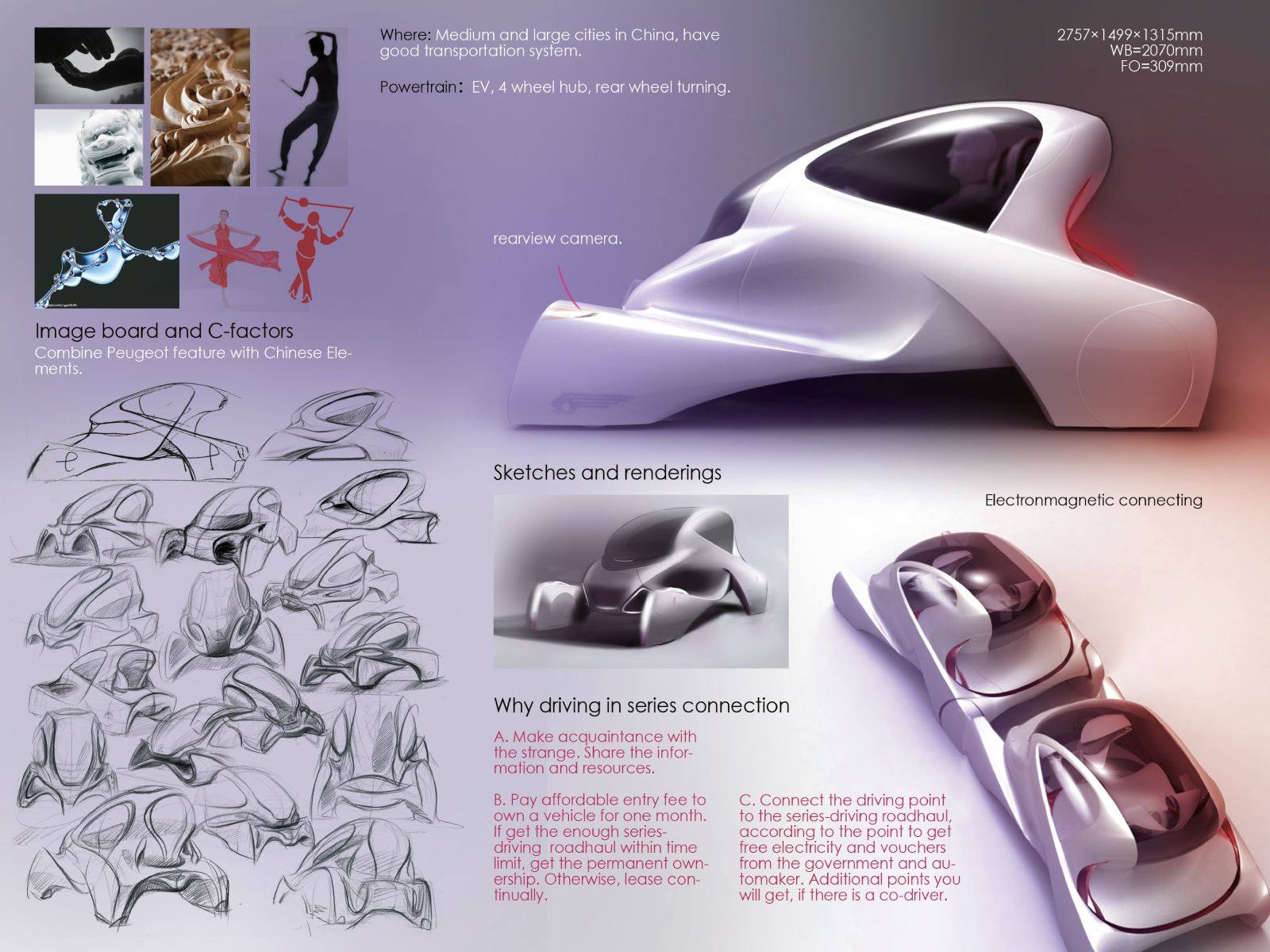 This was the second time Lu’s concept was honored with an award. Philip Nemeth of Strate College called the Peugeot VLV concept an “innovative vehicle that combines key inspiration elements from Chinese culture both in its interior and exterior design,” while Holt Ware of GM-PATAC commented on the concept’s beautiful use of forms. William Franke of AUNDE also thought the concept was a “flowing, fluid creature”, awarding it top marks. 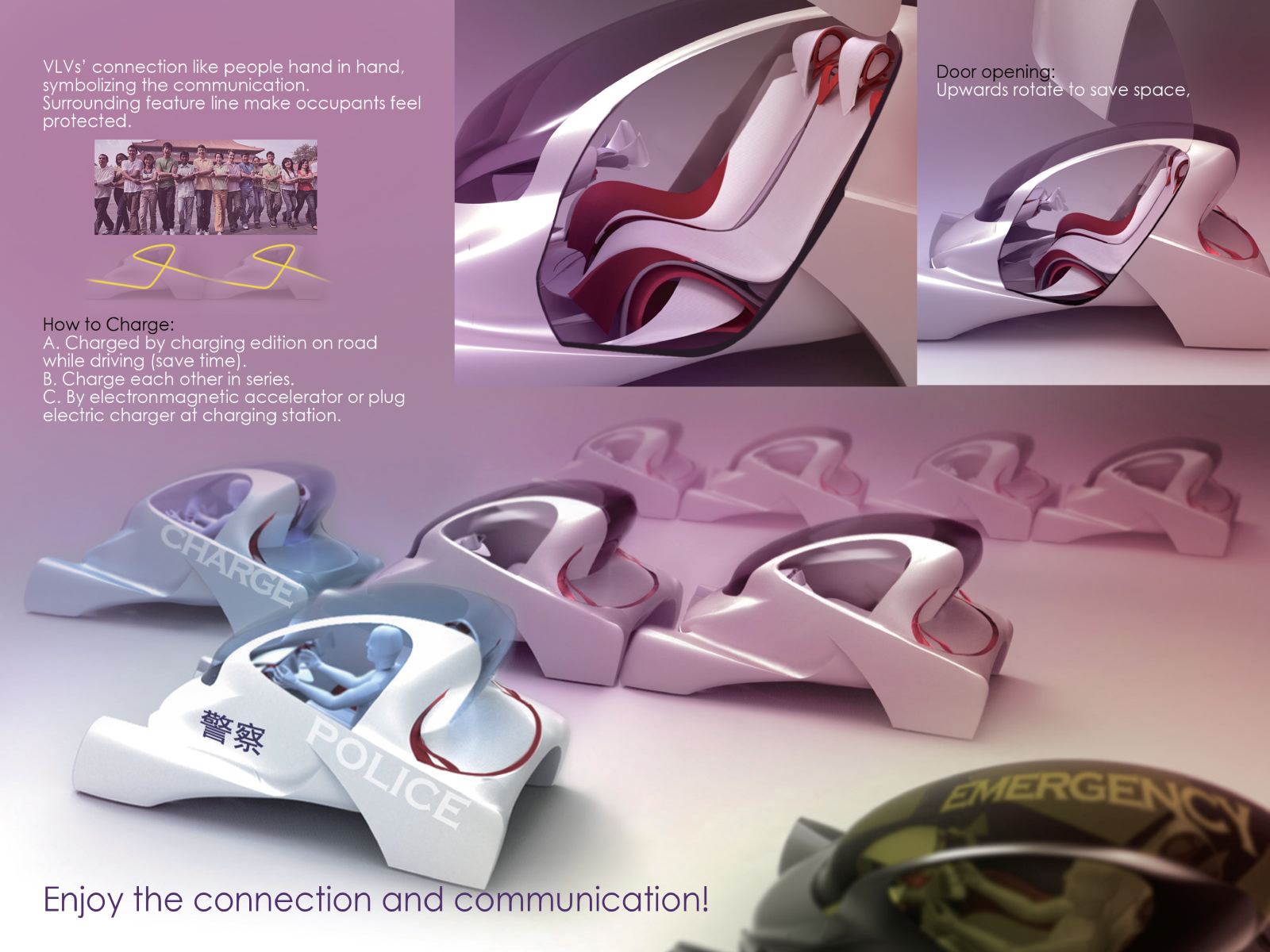 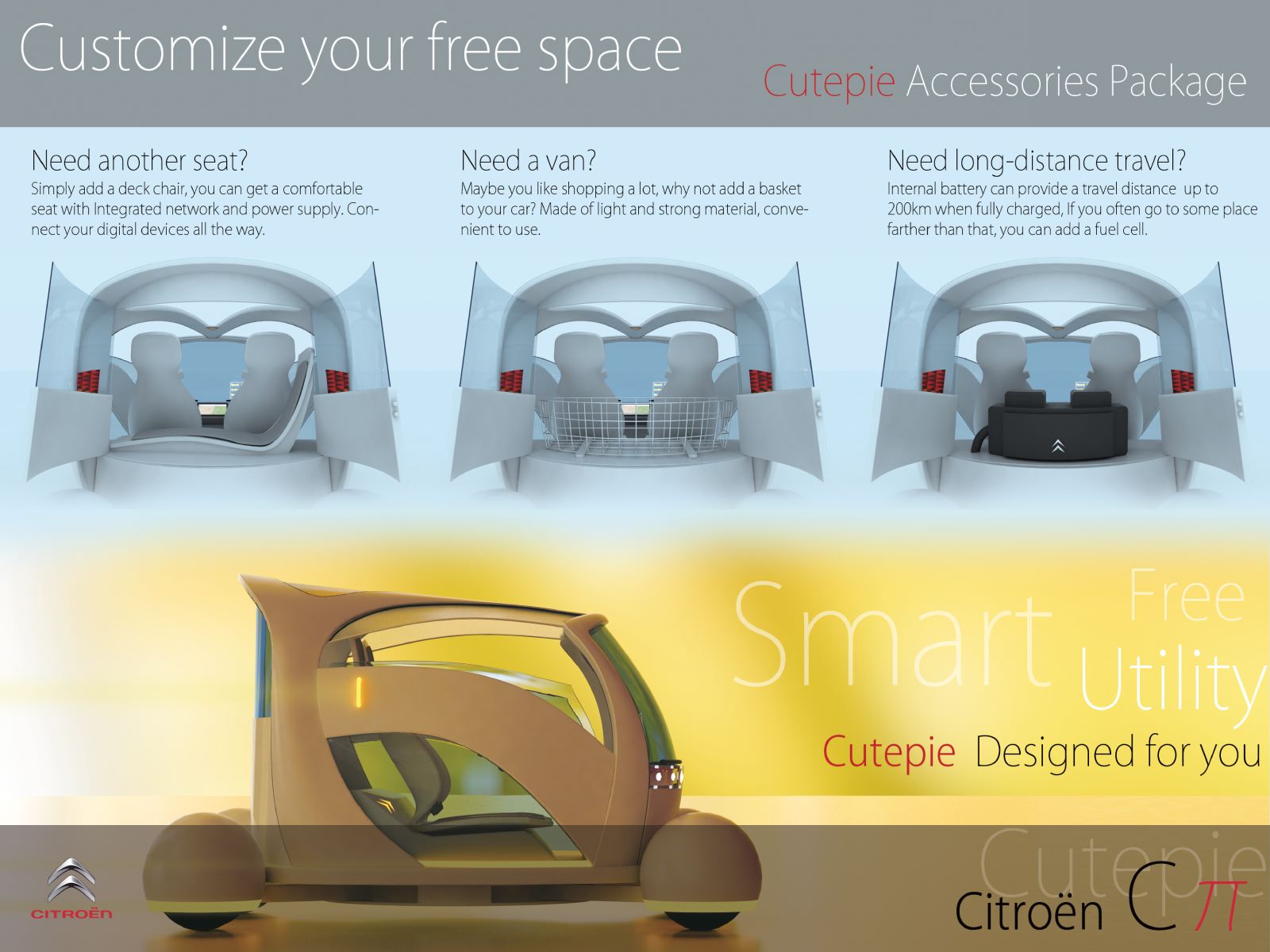 Wireless technology allows car to be driven from either seat 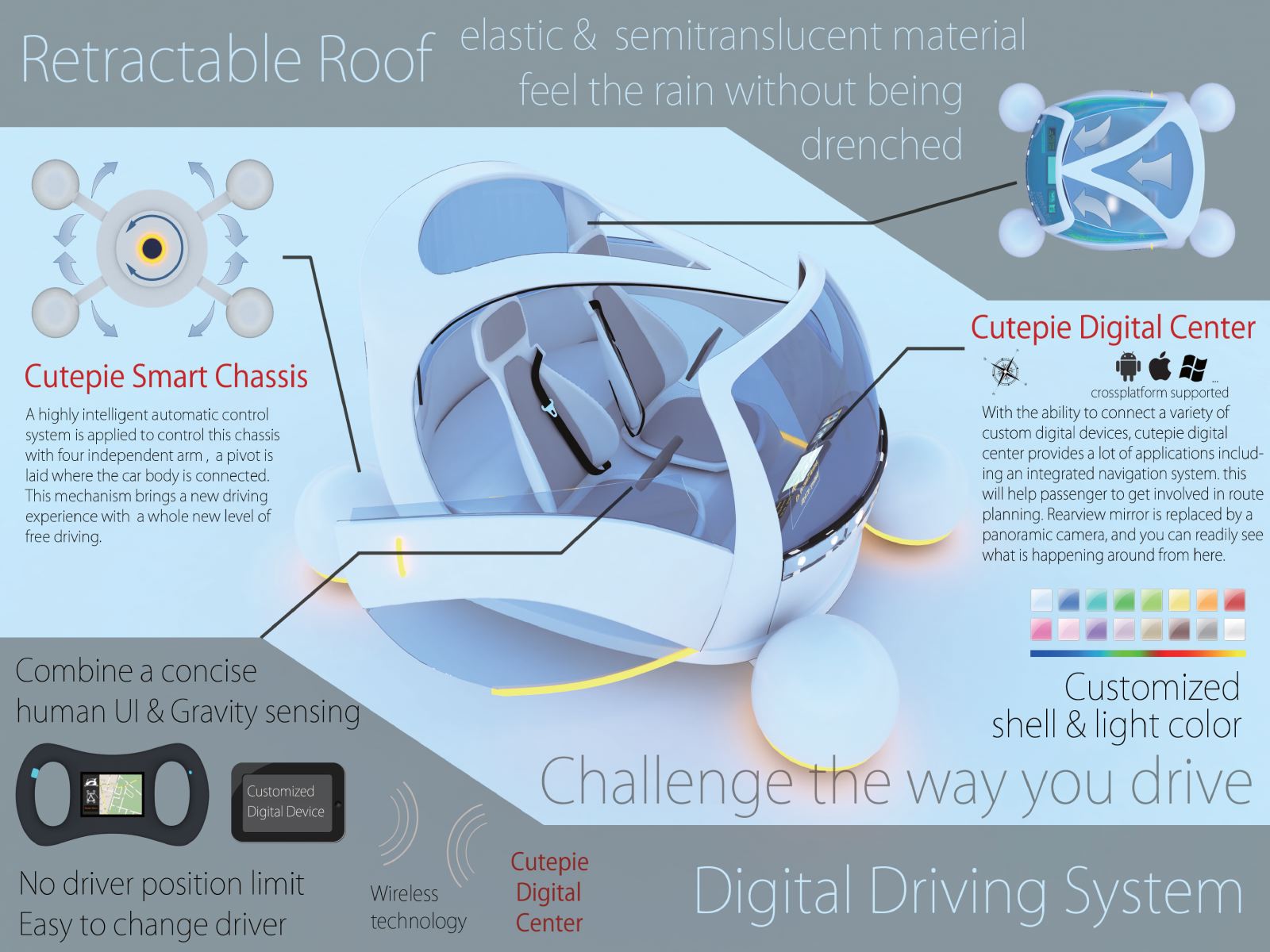 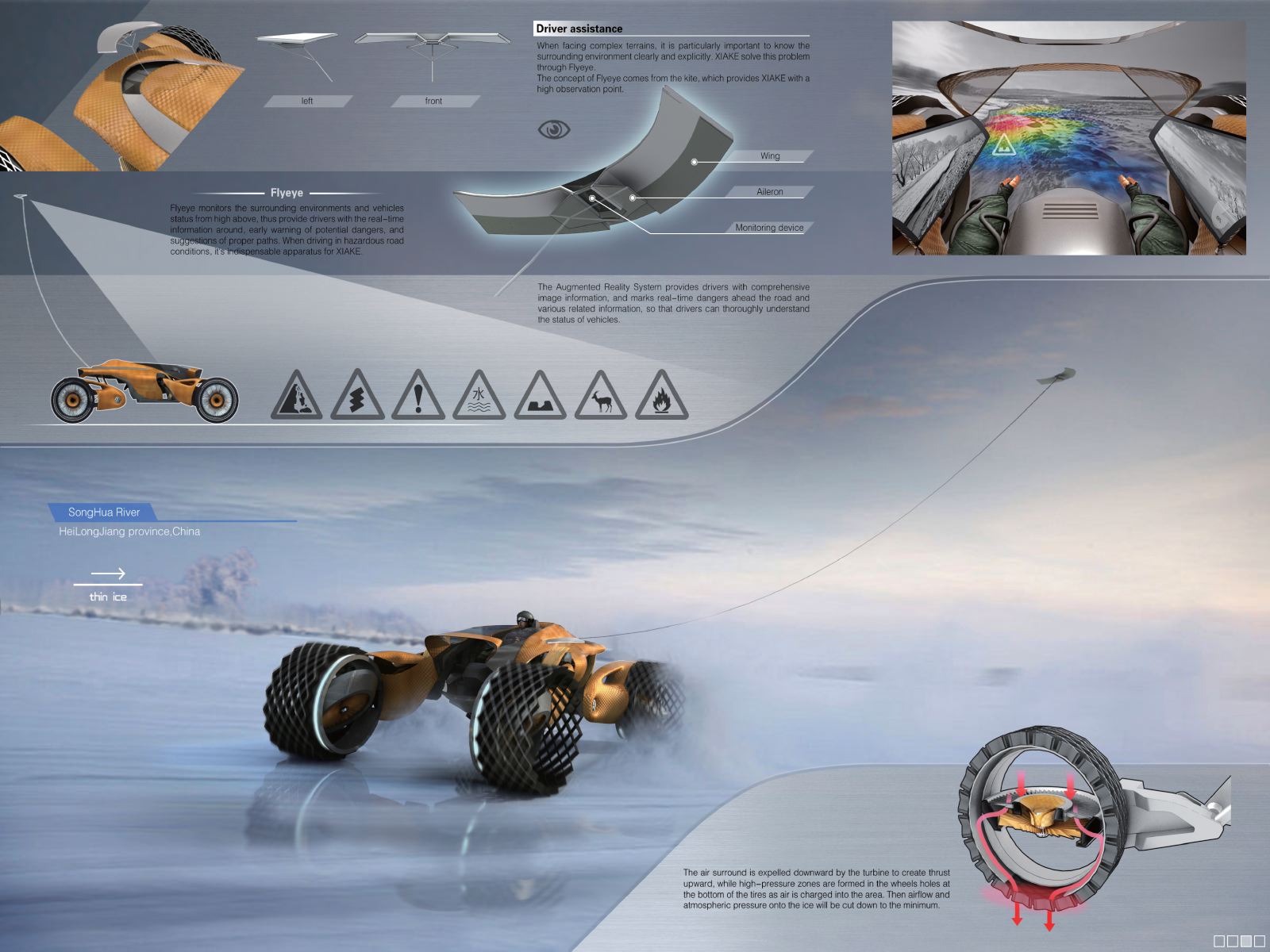 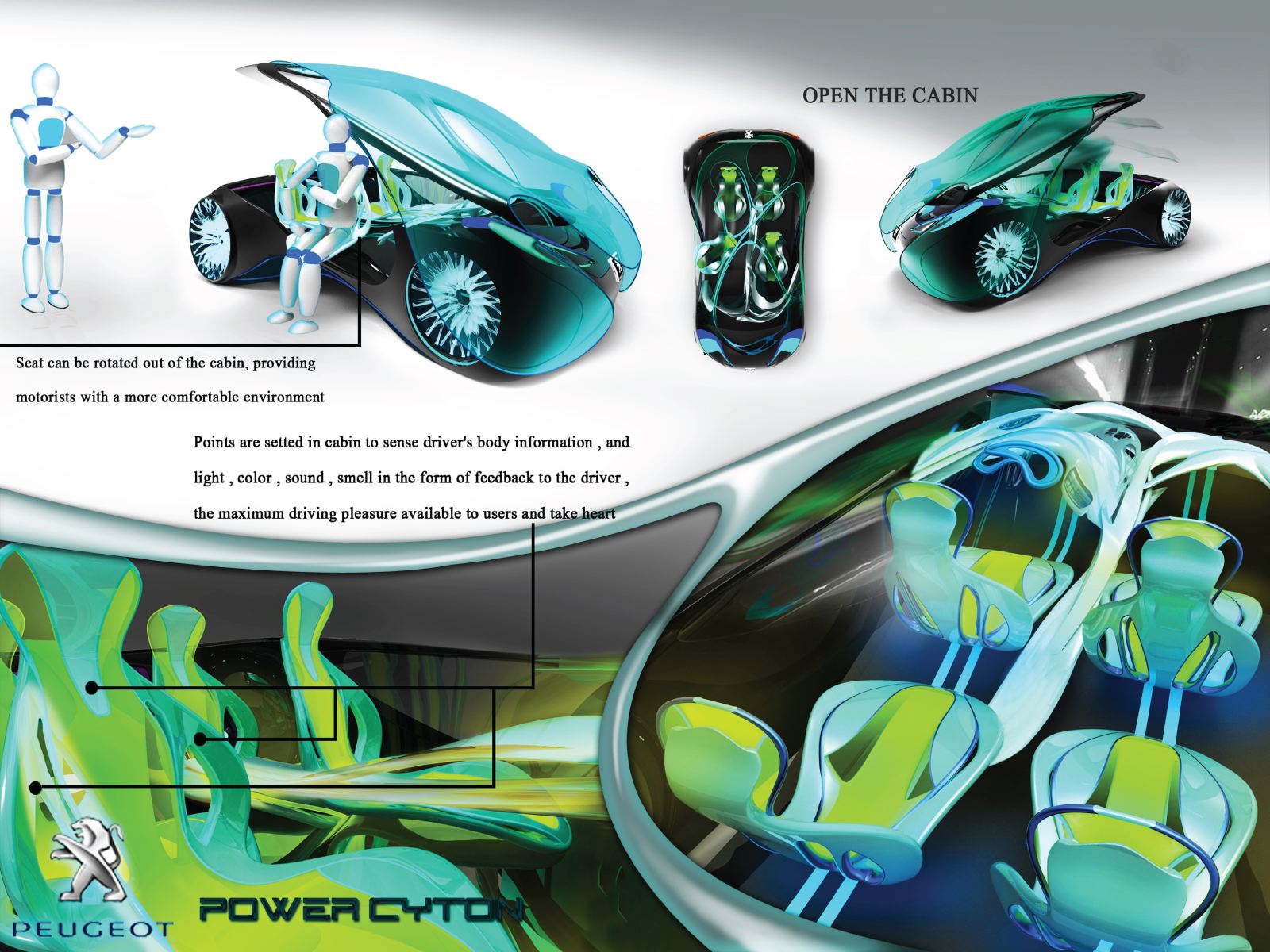 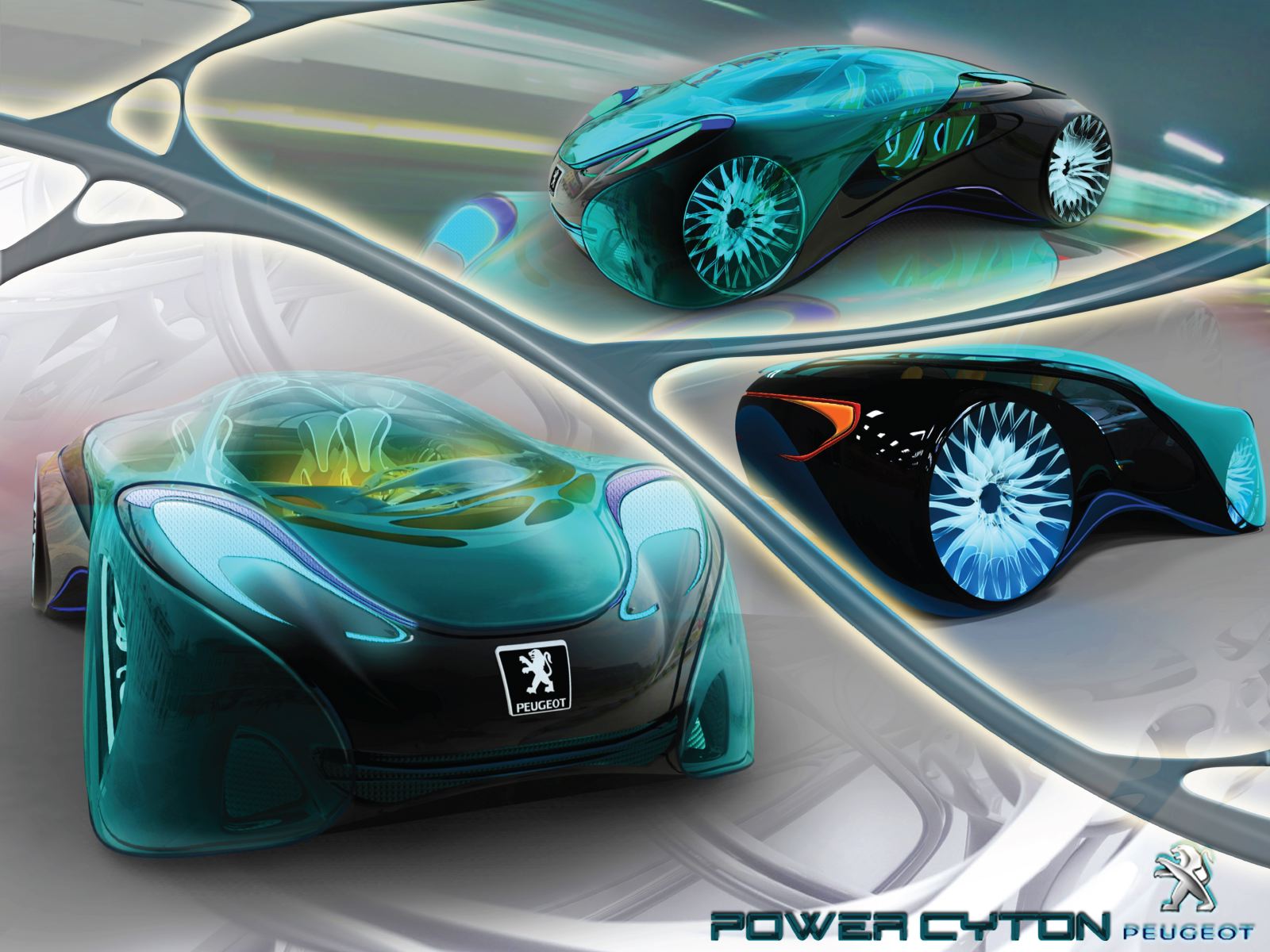 The Best Innovation award is reserved for the project that shows the most forward thinking, and this year that award was presented to Han Dong of the Beijing Institute of Technology. Dong’s Citroen Cutepie concept is a functional pod-like vehicle with four externally-mounted wheels to ease manoeuvrability in urban milieus. The compact, agile vehicle features a ‘smart chassis’, which rotates the cabin, and can be driven from either of its two seats via wireless technology.

This concept was a standout design for Philip Nemeth, who called it a “great global concept for a real city mobility module”. He also highlighted the “innovative technical solutions for outstanding agility”. The design was also selected by Carl Gotham, Chief Designer at SAIC Motor UK.

The Best Eco Solution award was bestowed upon Gui Qi of China’s Central Academy of Fine Arts. The all-terrain concept, which answered the brief posed by Volkswagen, is lightweight, recyclable and can be powered by a number of natural elements, which made it a clear winner in this category.

This concept was commended for its “minimalist, innovative lightweight structure” combined with “great ideas for the recycling process.” According to Steffen Kohl, it presented “exciting new design solutions by using bio materials for exterior design and technical functions,” while other judges were impressed by its bamboo body shell and seat structure and generally good use of materials.

Three students from the Shandong University of Art & Design took home the top prize in the Best Use of material category for their innovative Peugeot Power Cyton concept. The four passenger vehicle can sense the driver’s body information and adapt light, color, sounds and smells specifically to emphasize the driving experience. The artificial chloroplast exterior skin can also give feedback to the driver.

Dan Darancou, Design Director at CH Auto, called this a “totally cool concept,” while Steffen Kohl thought it was a “very convincing integration of new materials into the overall design.” William Franke, Color & Material Design Manager at category sponsor AUNDE commented that he liked the concepts “color, pattern and translucency”.

The ceremony concluded with the ultimate accolade - that which recognizes the best talent from all of the entries in the competition. The second Car Design Awards China wanted to celebrate an absolutely critical aspect of design for China with a special award that would honor its student body - the next generation of car designers.

Yi Lu’s design was an exceptional entry that won two of the nine categories. It was also a vehicle concept that Chrysler’s Klaus Busse called “fantastic and inspiring from every angle”.  He also found the design to be “perfectly aligned with the China’s history of beautiful, balanced art.”

Richard Chung credited the “futuristic exterior and interior” design for being “balanced with good proportions, usage of lines and color and decorated with good details”, while Simon Loasby cited the “superb interaction of shapes” presented.

Placements and next year

The winning students (or one of them if in a team) were awarded fully-funded placements at either CCS, Strate College or Northumbria University to allow them to gain some exposure to the teaching delivered outside China.

Overall the second annual Car Design Awards was a wonderful reminder of the ability of a new generation of designers in this burgeoning market to impress a vast array of experienced design practitioners both with their creativity and innovation. The 2012 Car Design Awards China competition will be launched later this year, and culminate at an awards ceremony to be held in Beijing next April at the time of the auto show there.