阅读本文中文版本请点击这里The second annual Car Design Awards China competition concluded earlier this evening with the winners in each of the nine categories announced. The finalists had all entered a contest which asked them to create a design against one of eight briefs coming from both domestic and global OEMs. 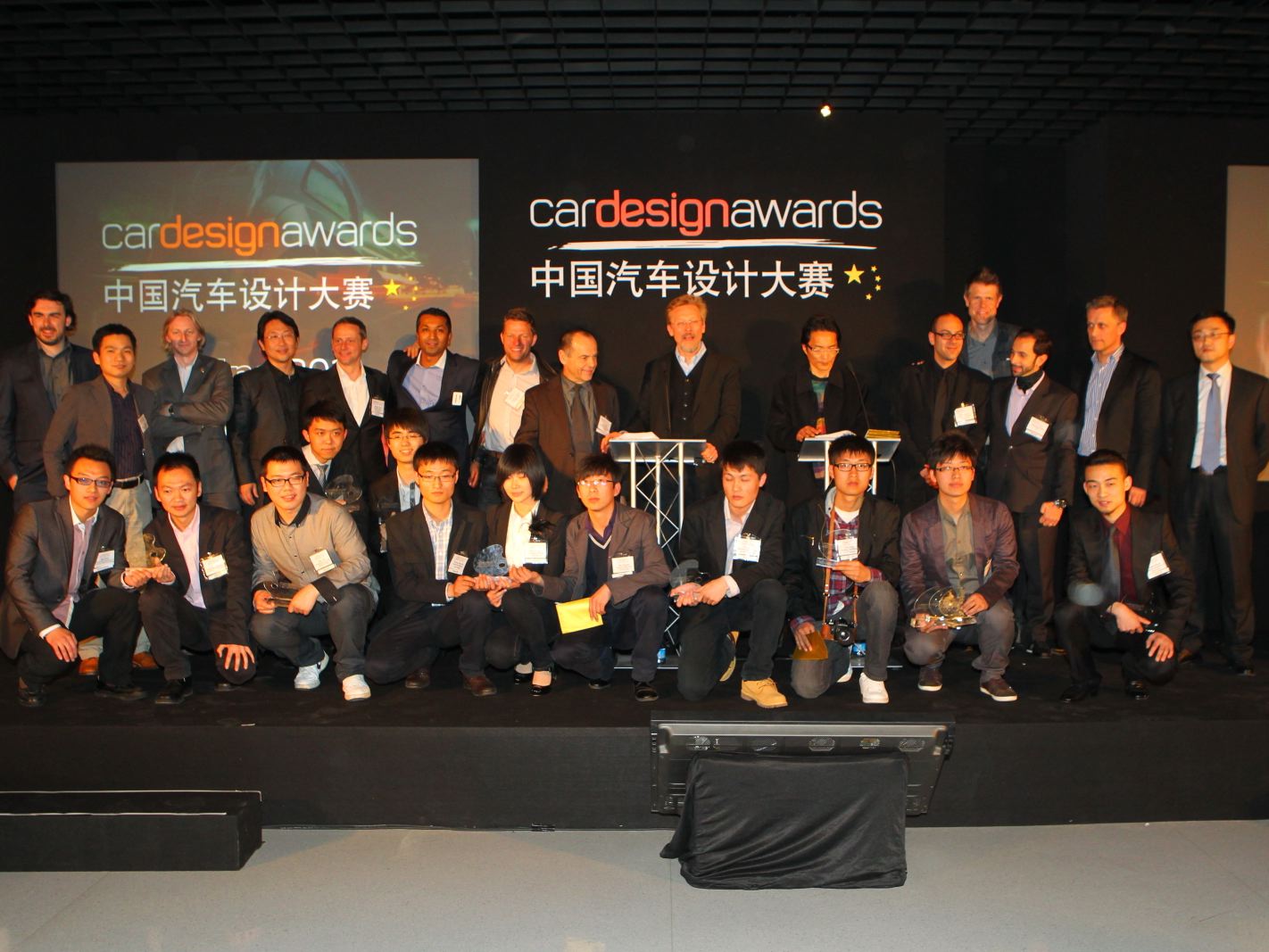 The winners and judges of the 2011 Car Design Awards competition. Click for larger images 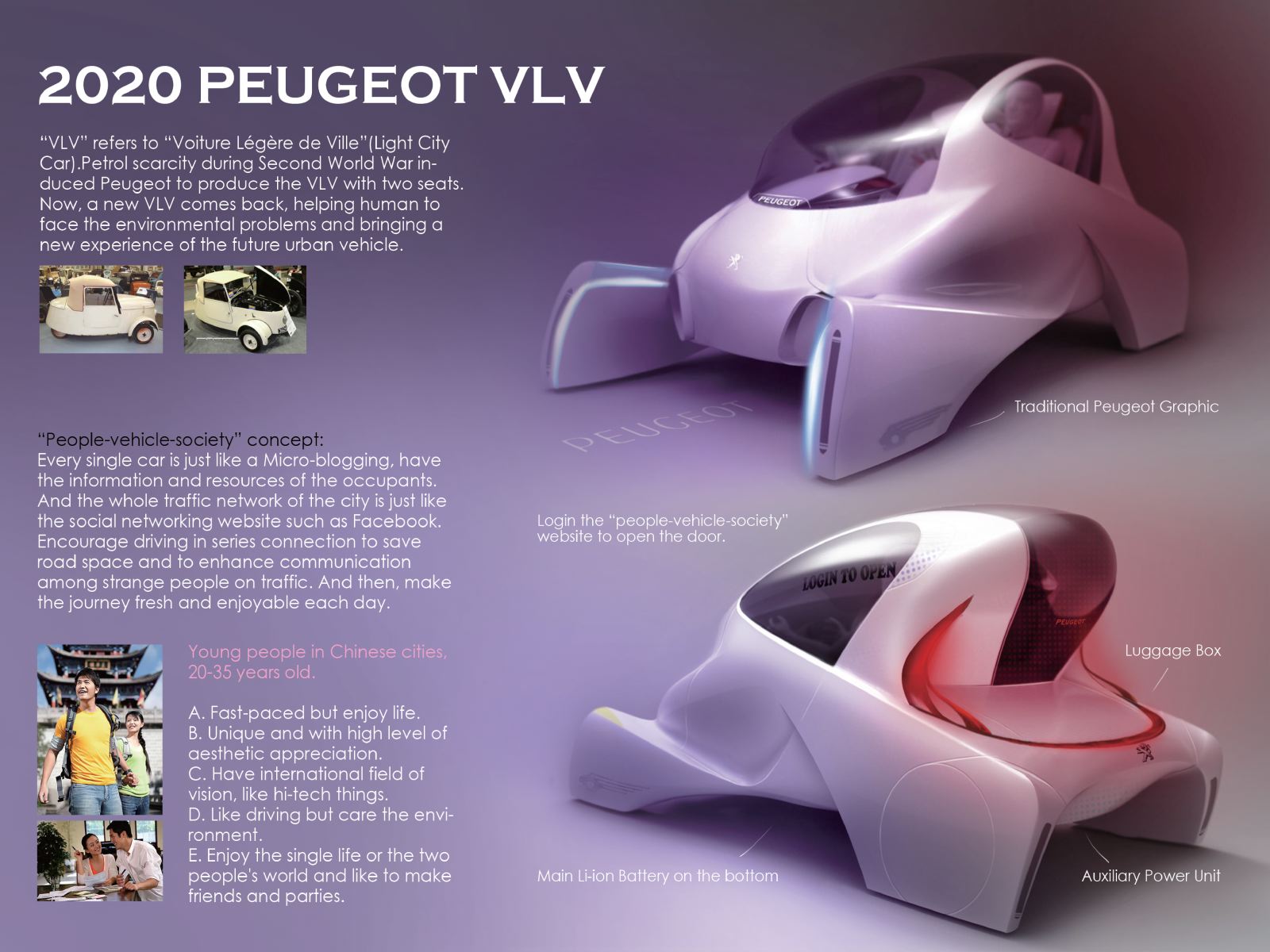 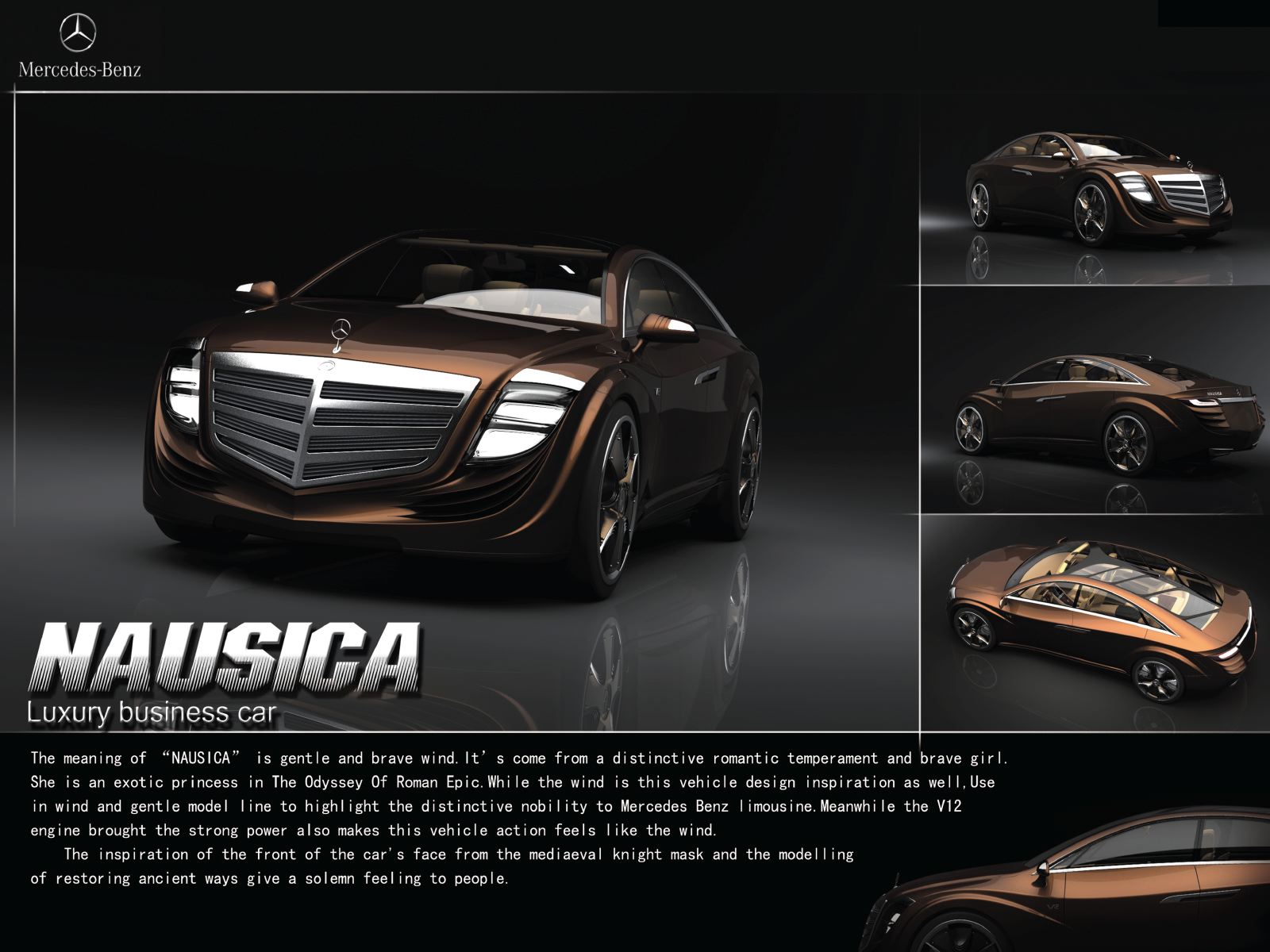 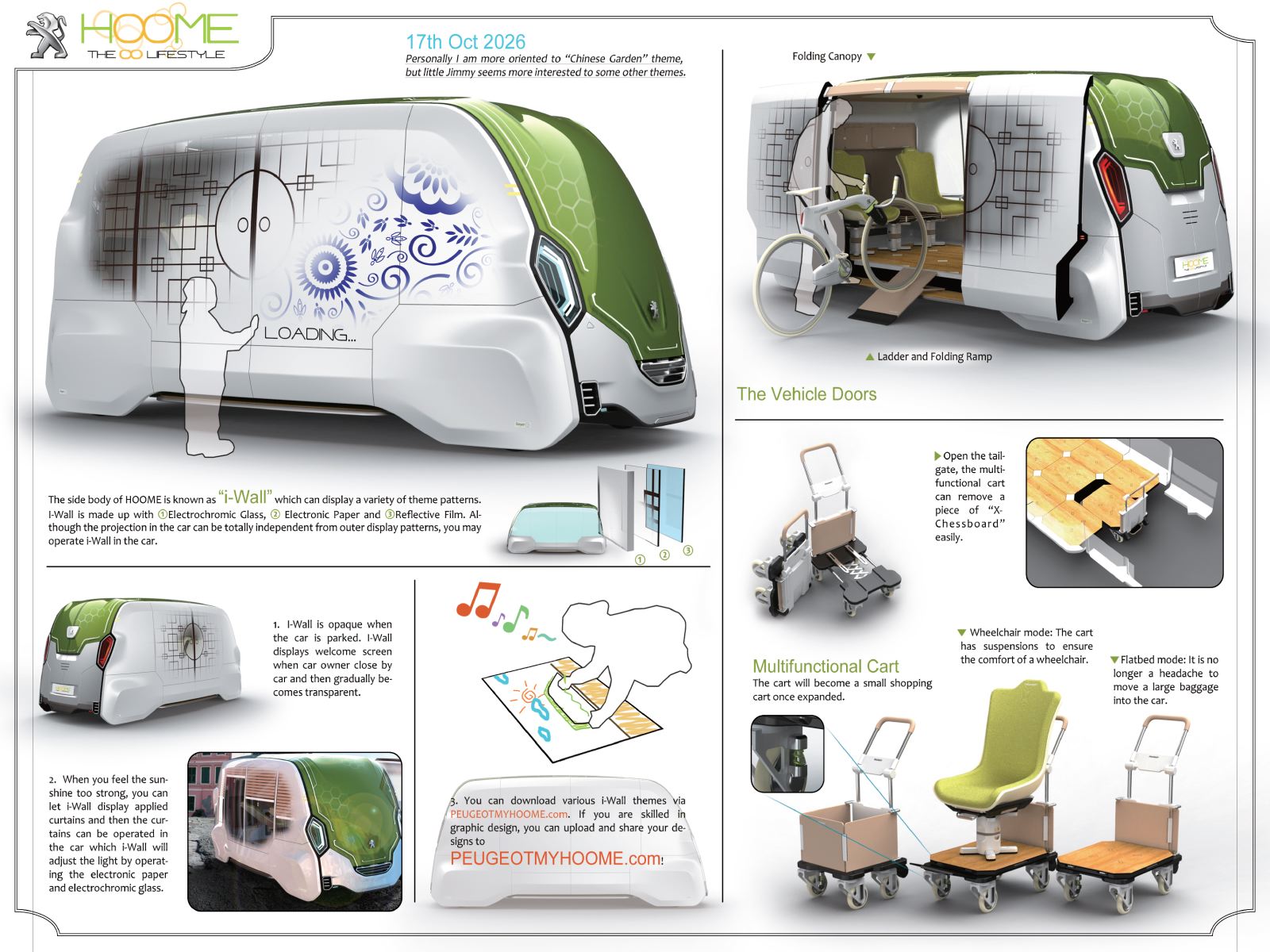 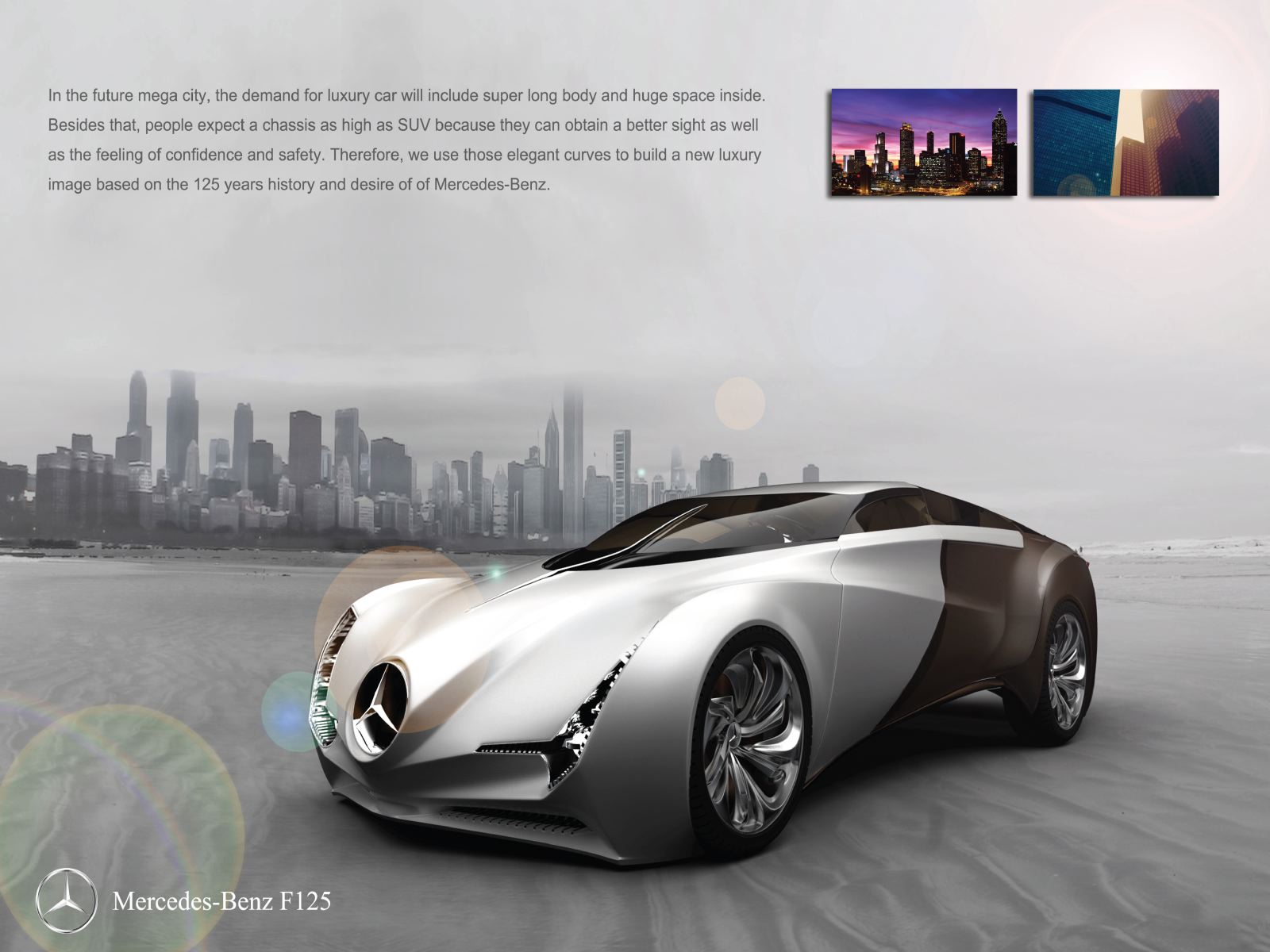 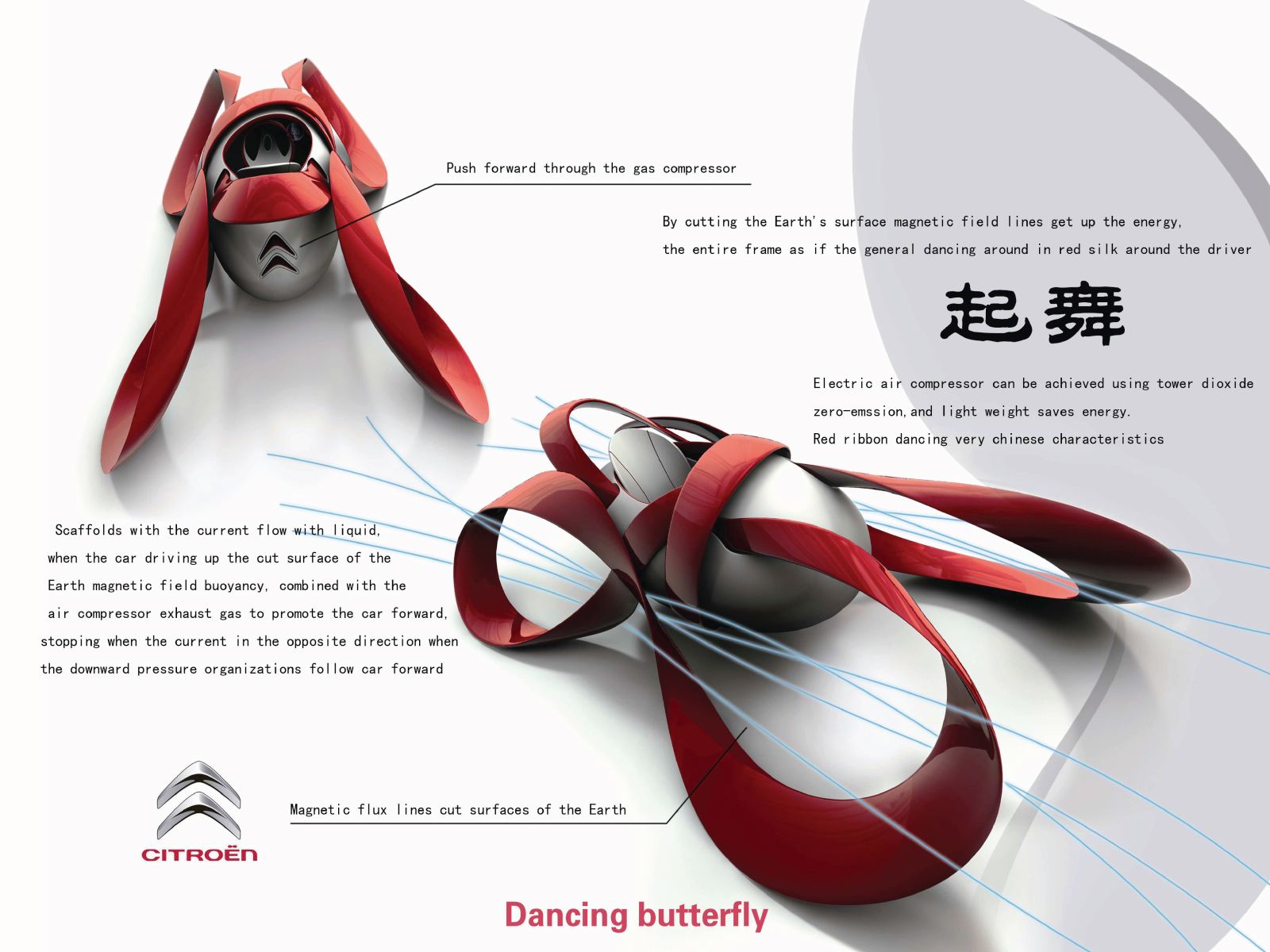 People’s choice award was given to ‘Dancing Butterfly’ by Cheng Shaowei, Zhou Jingjing and Ma Yinquan 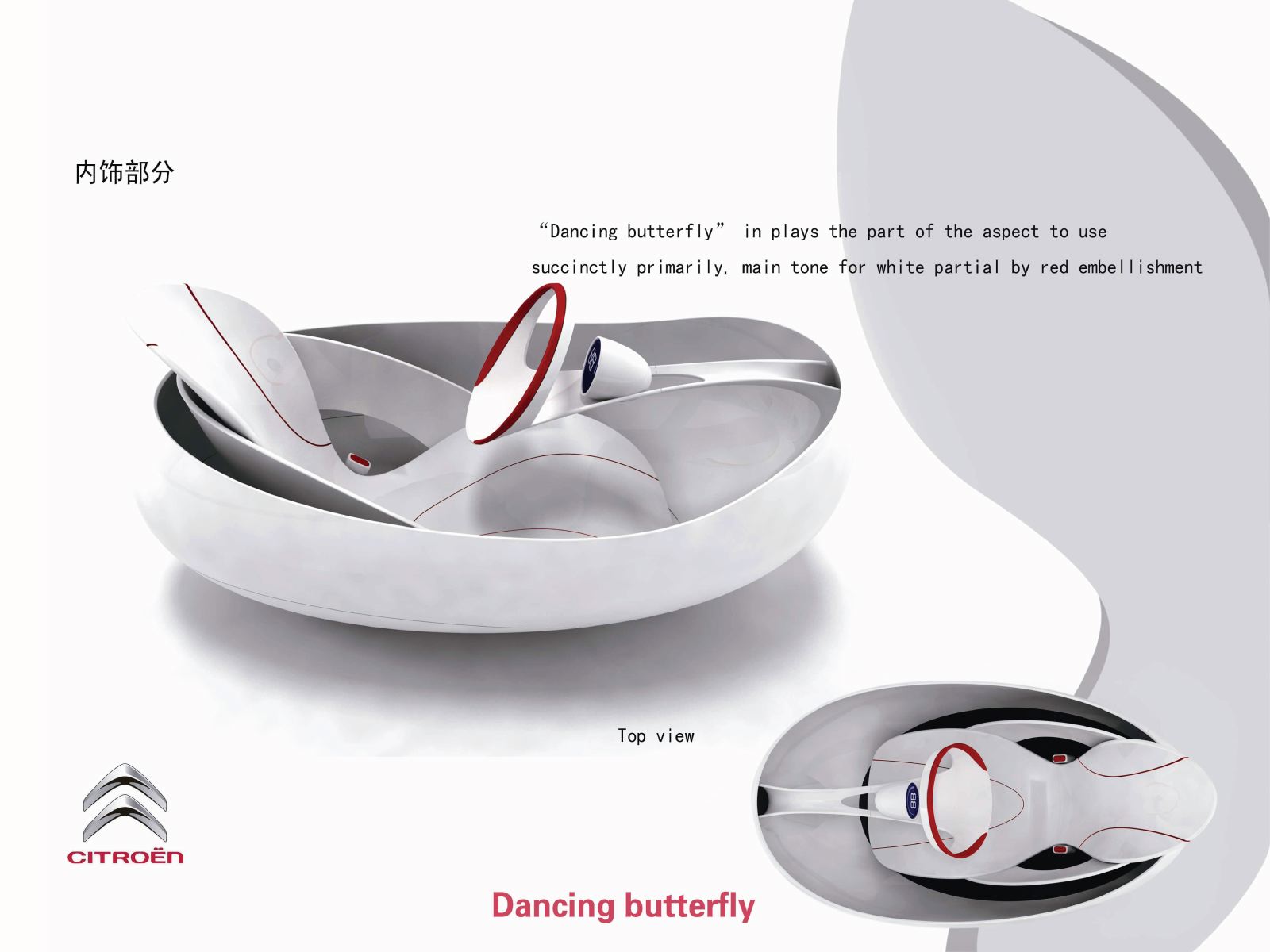 Butterfly’s interior was praised on its lightness and convincing simplicity

The second annual Car Design Awards China competition concluded earlier this evening with the winners in each of the nine categories announced. The finalists had all entered a contest which asked them to create a design against one of eight briefs coming from both domestic and global OEMs. 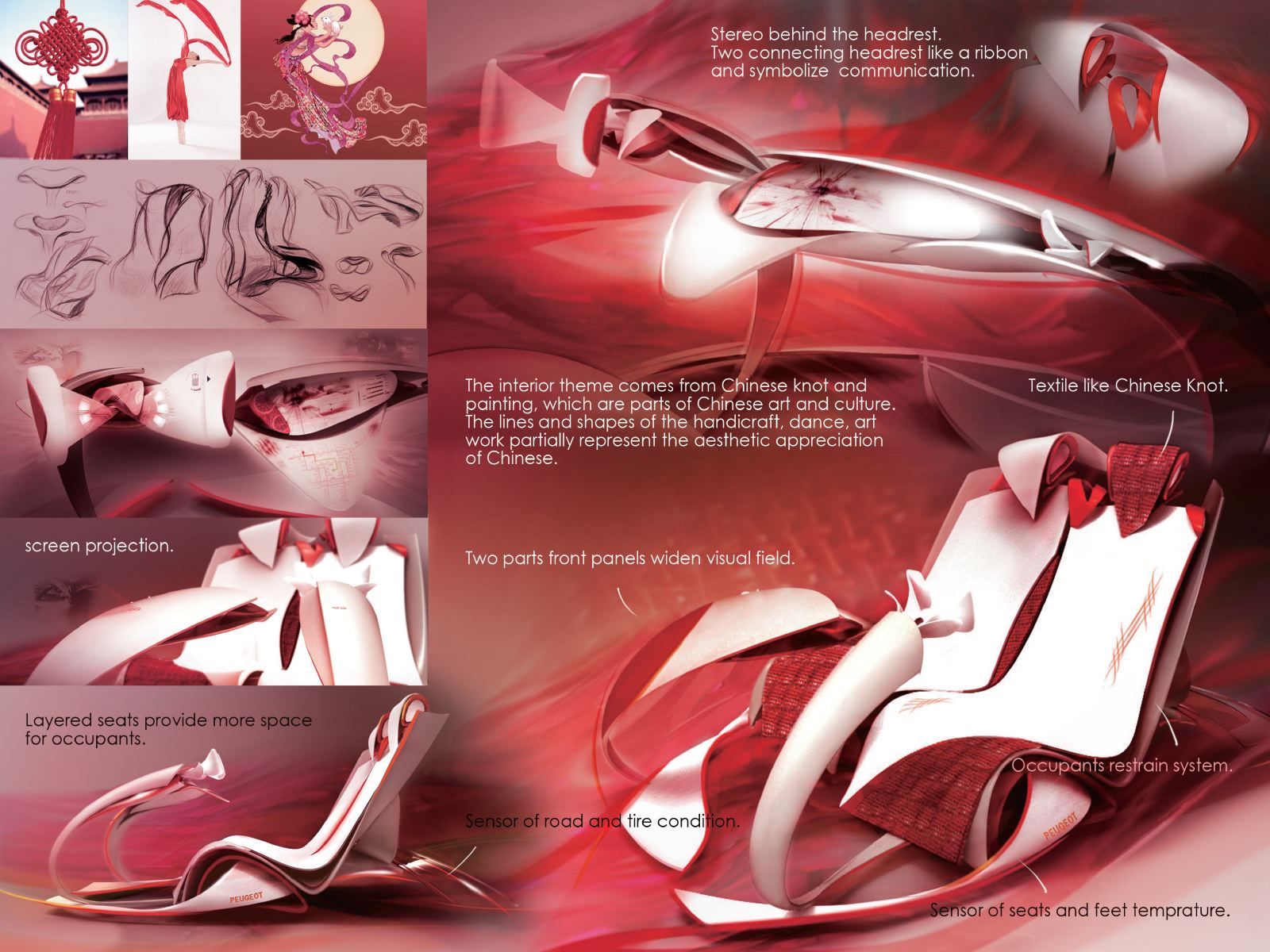 VLV concept had a “superb interaction of shapes” 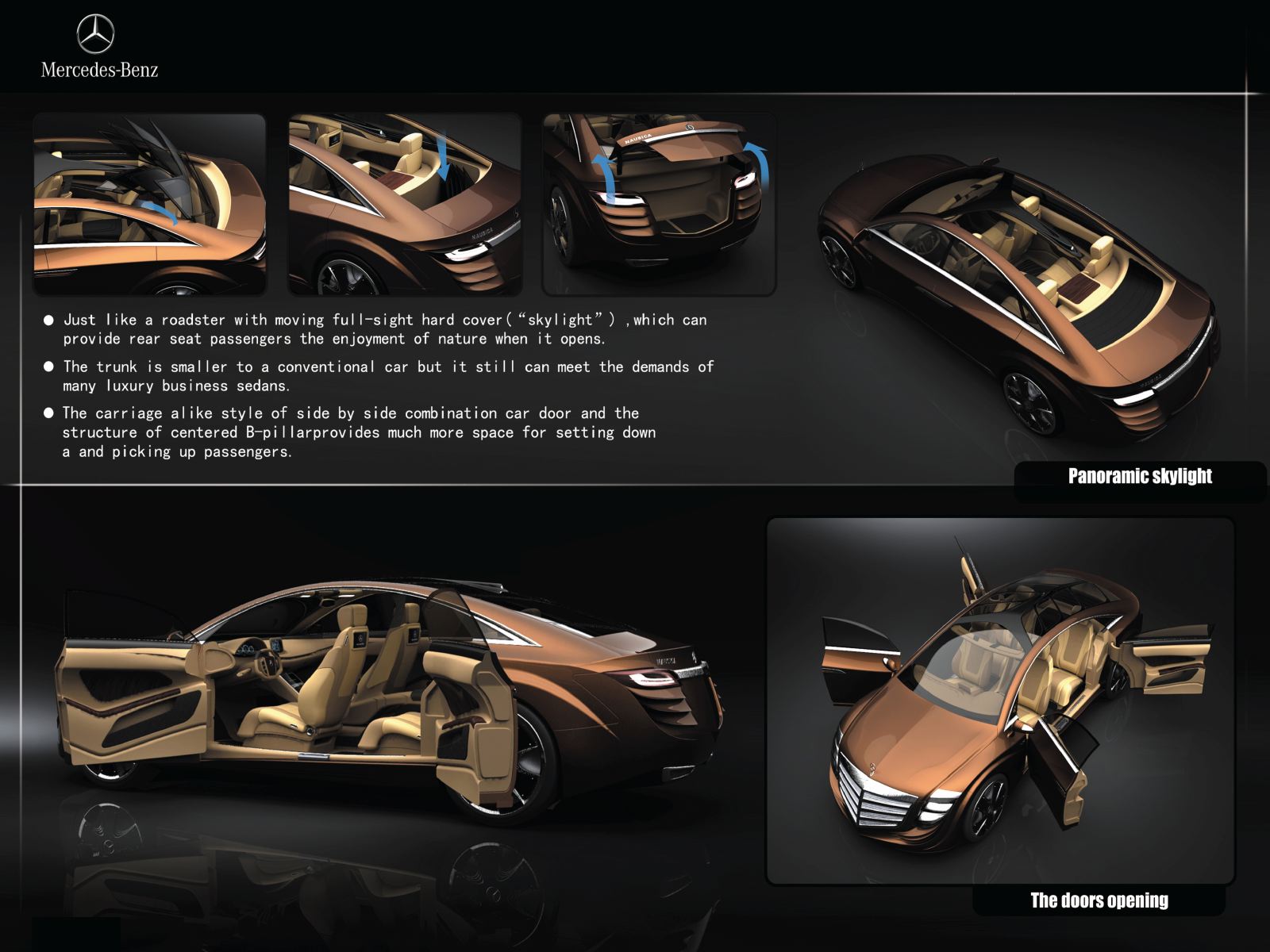 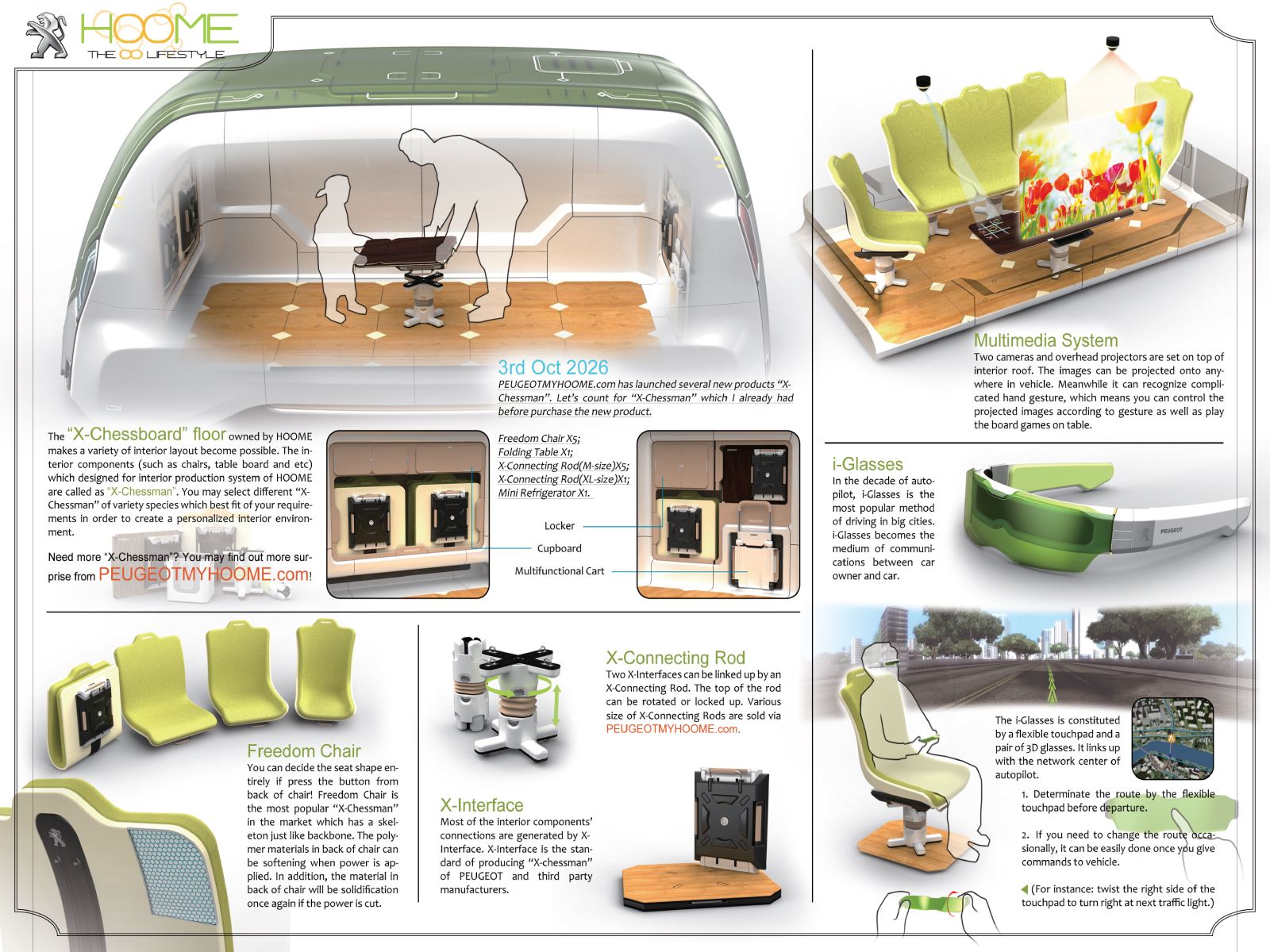 Hoome was praised for its incredible creativity 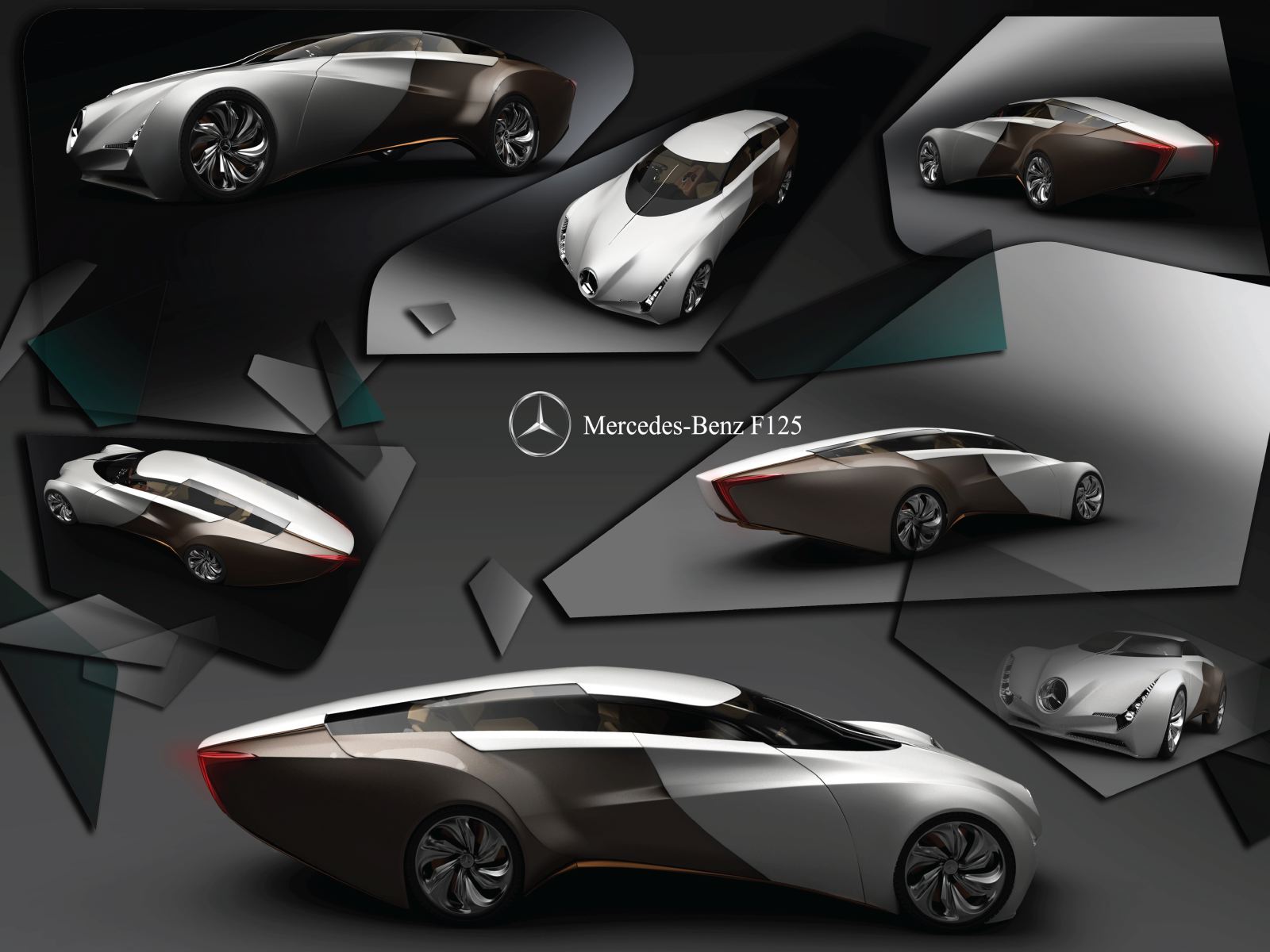 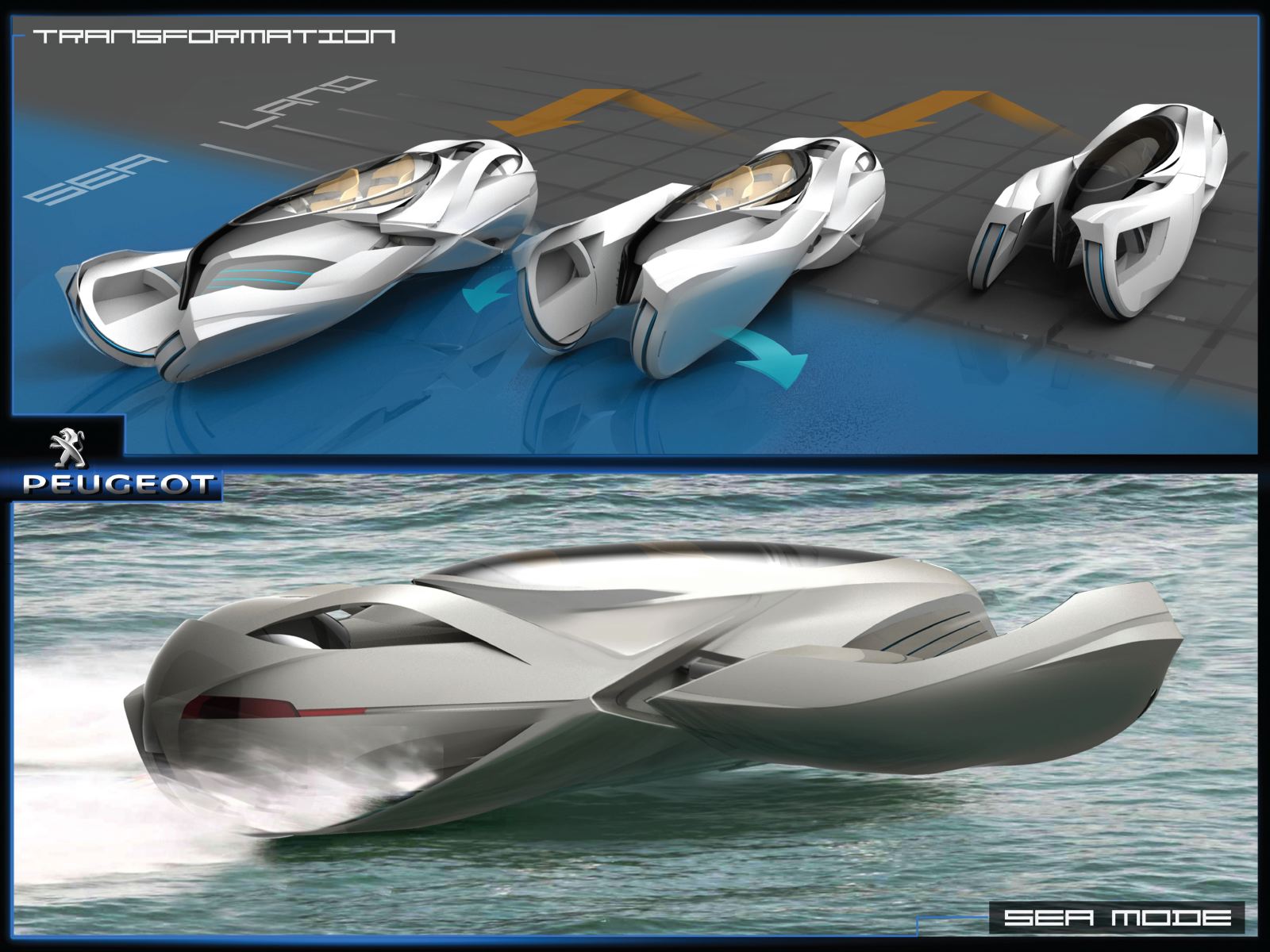 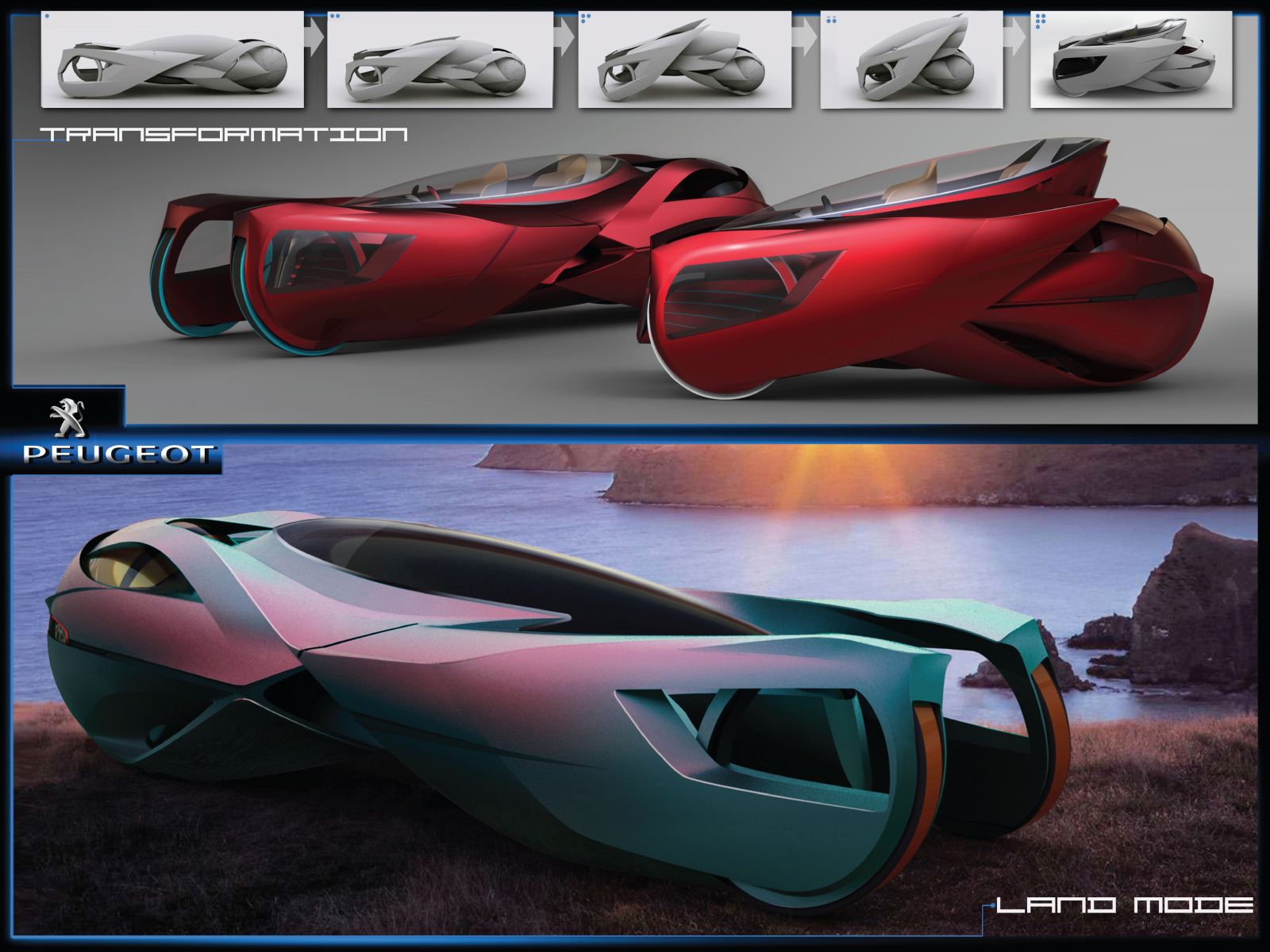 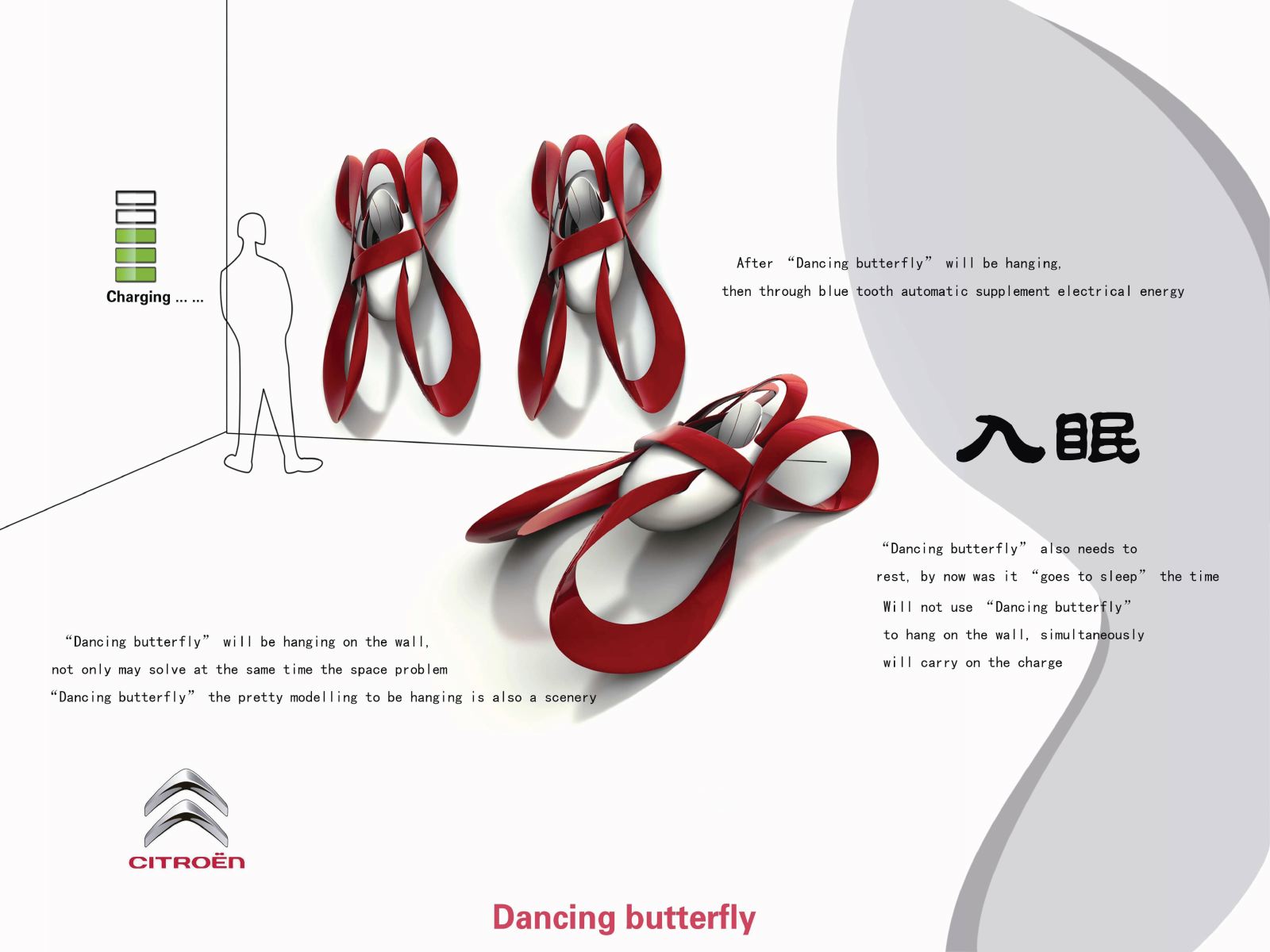 Buttefly likened to an expressive demonstration of Red Ribbon Dancing

The awards ceremony, which was held at the Shanghai auto museum, included delegates and judges from domestic and international OEMs and finalist students. Students from some 197 design schools and universities in the People’s Republic had registered for the 2011 competition. Chris Bangle (now Managing Director of his own firm, Chris Bangle and Associates) and Tongji University Transportation Design course director, Li-Chih Fu (previously Nanjing Auto Design Director), introduced the winning student designers in the awards categories, and then concluded with the naming of one of them for the overall Student Designer of the Year.

Yi Lu’s design was a favorite amongst many of the judges. The Peugeot Voiture Legere de Ville (VLV) - or Light City Car when translated from French to English - won the admiration of Volkswagen China Design Director Simon Loasby, who cited the concept’s “superb interaction of shapes,” and Klaus Busse, Head of Interior Design for Chrysler, who liked the “airy, layered look inspired by Chinese art”.

The two-seat VLV concept seeks to address environmental concerns and bring a new mobility experience to the urban vehicle segment. Richard S Chung, Vice President of Industrial Design, Craftsmanship and Consumer Research from category sponsor Johnson Controls, thought the design was “cute, but not bubbly”, and described it as a “modern and visually entertaining shape that echoes the same visual language as the interior”.

The second category award went to Tan Xiao for his vision for the Daimler brief, which won the Best Luxury concept accolade. Xiao’s Nausica concept - meaning a gentle and brave wind - is a limousine whose aesthetic was inspired by a fictional Roman princess and medieval knight masks.

Best Lifestyle Design was the third category presented, with the award going to Ling Yuzhou of Donghua University. Yuzhou won over the judging panel with a multi-functional, expressive design intended for consumers with diverse interests. The variable, open plan Hoome concept can be used to transport people and equipment, but can also double as a caravan if desired.

Many judges highlighted the “incredible creativity” of this vehicle concept. Steffen Köhl called it a “great solution for a flexible car conception for different lifestyles”; while Philip Nemeth, Head of Transport Design at State College, commented: “This monovolume vehicle has loads of features that fit in very nicely with the modern lifestyle”. Richard Chung summed it up as: “A multi-purpose van for multiple people with multiple lifestyles”.

This category was a close race to the finish, which ultimately saw two winners share the award for Best Exterior Design. The team consisting of Mao Feiyi and Zhou Hui - creators of the Mercedes-Benz F125 concept - were applauded for their “new expression of elegant luxury with a sporty characteristic”, as stated by Steffen Kohl, Director of Global Advanced Design for Mercedes-Benz. The future vision for the brand was expressed in a sleek four door that embodies coupe-like proportions blended with luxury limousine qualities.

Other judges highlighted the multiple crossing lines and shapes of Zhang Honghu’s Peugeot amphibious vehicle concept, which can seat two-people in tandem and morph into different forms. Richard Chung stated the “innovative transforming shapes for multiple usage scenarios are suitable for China.” According to judges, all the students showed they had “expansive knowledge and rich imaginations”.

The fifth category of the evening was the People’s Choice award, whereby delegates in attendance voted for their own favorite concept live at the event and the winning design was selected. Cheng Shaowei, Zhou Jingjing and Ma Yinquan won the award with their Citroen Butterfly concept, which Simon Loasby called a “super simple elegant solution” for the urban vehicle brief set by PSA. Steffen Kohl said the concept was an “expressive demonstration of Red Ribbon Dancing’ in an automotive sculpture” and also commented on its “very good and light interior” completed with “convincing simplicity”.