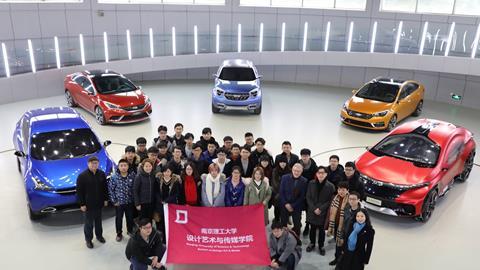 The top performing institutions in the history of the China Awards

Design standards in China have progressed rapidly since the inaugural China Awards in 2010. Car Design News highlights some of the most successful institutions from the last decade of the competition and speaks to the alumni and design heads that form this burgeoning creative design scene

When Car Design News launched the China Awards in 2010 the boom in China’s auto industry was still in its early stages. China had just surpassed the US to become the world’s largest car market. However, most joint ventures simply produced their world designs in China and few local producers took design that seriously.

Fast forward a decade and that has all changed. Chinese producers with increasingly global ambitions have fully fledged design departments. Feeding those departments are universities and colleges offering graduates in subjects such as industrial design and transport design.

The China Awards helps bridge the corporate and academic worlds, providing students on the courses with real cases and problems from some of the leading companies in China. Many past entrants have used the awards as a stepping stone into work on graduation. The 2020 edition attracted 321 entrants from institutions across the country. We take a look at some of the most successful institutions in the awards. 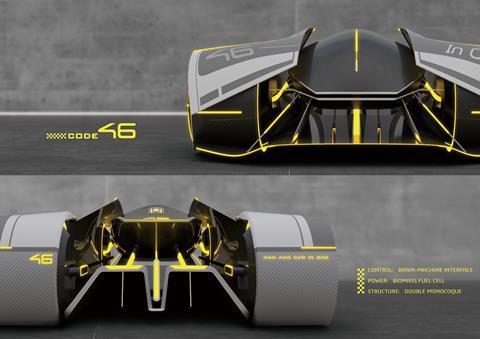 An award-winning concept from Nanjing University of Science and Technology

Huazhong University of Science and Technology

Often said to be the centre of China, Wuhan is one of the country’s automotive centres and unsurprisingly home to one of the best design schools. Part of Huazhong University of Science and Technology, originally founded in 1953, automotive design courses fall under the auspices of the School of Mechanical Science and Engineering (MSE).

Nicknamed the Forest University the main campus covers 1,160 acres (470 hectares) and boasts over 70% greenery thanks to its rural location south of Yujia Hill. “In order to cultivate talent through practice and innovative spirit, MSE has an ethos that lays an emphasis on student-centered, quality training and meeting industry demands,” says Huang Zhaohui, associate professor of industrial design.

Successful alumni include Gao Zhiqiang who graduated in 2013 and is now a rising star at GAC responsible for the GS8 and GM6 cars. The school also has a history of success in the CDN China Awards. Former award winners Wang Bolun and Pang Jianhui are also now designers at GAC while Huang Hongliang has gone on to SAIC and Zhou Hui to Enovate. Professor Huang believes one of the biggest challenges for the course is the lack of school-enterprise cooperation opportunities, something that the China Awards help to bridge. “CDN take a high position, through which students can get in touch with professional OEMs and designers, improve students’ vision on campus, and at the same time, increase internship and employment opportunities for students,” he says.

Nanjing University of Science and Technology

Coventry University’s joint programme with the Nanjing University of Science and Technology (NJUST) is relatively new, having been established in 2012. NJUST formed the Industrial Design Department which oversees the course in 1993. The jointly-designed programme works on a 3+1 cooperation model where the Nanjing partner manages and delivers the first three years and Coventry the final year. Successful students receive an award from NJUST and a Bachelor’s degree from CU.

The university has been in Nanjing since 1962 although it can trace its origins back to Harbin in 1953. Situated in the leafy suburbs on the south side of popular tourism spot Purple Mountain, famous for its Mausoleum to Sun Yatsen, the campus covers 514 acres (208 ha).

Chen Yuqing current design chief of SAIC’s Maxus brand is one notable NJUST alumni. Students from the more recent joint programme have gone on to find work in the likes of ICONA and GM’s PATAC studio. 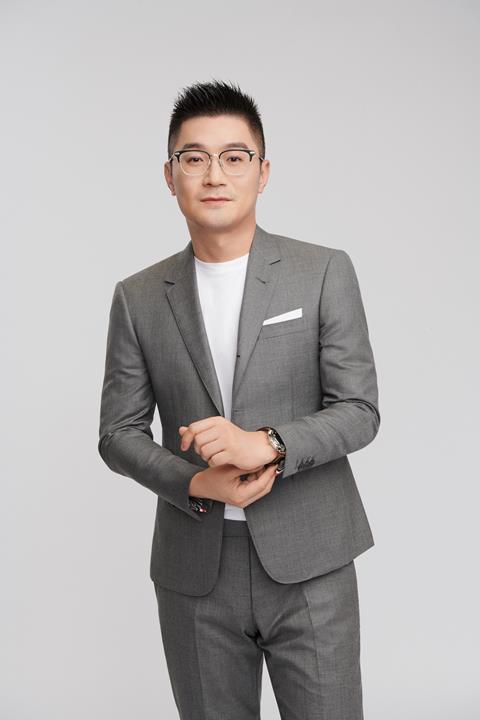 “Today, technology, economy and society are changing and upgrading at an unprecedented speed, and the curriculum must keep up with the pace of the times,” says Professor Duan Qijun. “We have not just paid attention to the training and improvement of students’ professional skills, but apply project-driven teaching, especially in school-enterprise cooperation projects and design competition projects, connecting teaching modules, guiding students to establish system design concepts and carry out innovative design practices.”

The CDN China Awards make up an important part in motivating students and constitute the design practise for students and also helps with one of NJUST’s biggest problems. Students are admitted to the course based on their university exam entrance test results with no real foundational knowledge in the subject. “The examination-oriented paradigm in primary education also leads to the lack of cultivation of students’ innovative thinking and teamwork ability,” says Duan. Having real practise working on a project as in the China Awards can really help students.

Li Yingxiang a graduate who now works for ICONA concurs based on his work experience. “Actual projects usually involve the joint operation of multiple teams and departments. In addition to basic design tasks, designers also need to arrange their time properly and make full use of every communication opportunity to avoid useless work,” he says.

Named after a Chinese martyr, the Gengdan Institute is a private university founded in 2005 that delivers its programmes through English and with a commitment to international teaching styles and learning. It rests under the academic supervision of Beijing University of Technology which dates back to 1960.

Transportation Design comes under the Gengdan Acadamy of Design created in 2006 but is a new major with the first cohort only set to graduate in 2022. “The course synchronises with the method and process standard of vehicle design of international Automobile Brand Design Centre, and pays equal attention to the cultivation of students’ design skills and creative thinking, and enables them to have forward-looking and research ability through the course,” says Lin Zijie, dean of Gengdan Academy of Design. Project-based course work is one of the ways the institute achieves this.

As a relatively new subject in China students choosing the major often face a lot of questions from their families. Professor Lin believes the China Awards help show the direction of this path. “Through the competition, many students establish contact with the car makers and get the opportunity of an internship or overseas study tour. Even if students don’t win any prizes in the competition, it will be a valuable experience to compete with other student designers who are also interested in automobile design at home and abroad,” says Lin. 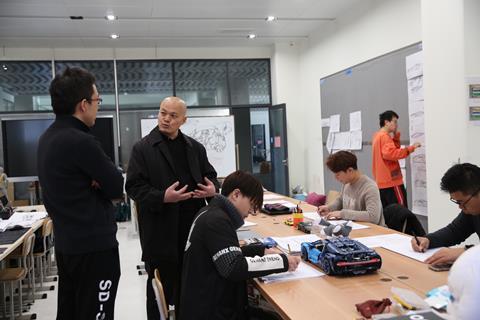 Inside the design department at Gengdan

Changchun is often seen as the cradle of the automobile in China. Home of First Automobile Works this is where the Hongqi (Red Flag) brand was created. It is home to one of the best universities for car design in China.

Jilin University traces its lineage back to 1946 and moved to the city of Changchun in 1950 during the Korean War, taking its current name in 1958. Jilin Province is located in the northeast of China and to the east shares a border with North Korea. It has a catalogue of success in the China Awards right from the beginning in 2010 and achieved two winners of categories and one for briefs in 2020.

The term Jiangnan, which literally means south of river, refers to a broad swathe of territory to the south of the lower reaches of the Yangtze River and encompasses parts of a number of province and large cities such as Shanghai. Jiangnan University, however, has a huge campus in the suburbs of Wuxi in Jiangsu Province.

Although established in 1958, lineage traces back to 1902 making it one of China’s oldest universities. The current campus occupies an area of 514 acres (208 ha) around Lihu Lake which is an inner lake of Taihu. It is designed to be an eco-campus and is very spacious with plenty of greenery. In the 2020 Car Design News China Awards the university achieved three category winners along with one shortlisted entry.

Few universities can trace their history back a thousand years but this institution located in the southern city of Changsha claims to have its foundations in the Yuelu Academy dating back to 976 AD. It’s more modern form started in 1897. The compact campus with both modern and more classical buildings hugs the side of Yuelu Mountain scenic spot. In the Car Design News China Awards the university achieved two category wins and a brief win in 2020.

Located in Taipei the university dates back to 1974 with the creation of an institute to meet the technical and vocational needs of the rapidly industrialising country. Today the university ranks in the top ten in Asia for science and technology. The university has obtained success in the China Awards with two category wins along with another entry shortlisted.

While a number of cities in China could claim to be the home of porcelain only Jingdezhen has really kept that accolade into the modern era. The city has produced some of the finest in the land for over a millennium. Otherwise it is an unassuming small city, by Chinese standards, located in Jiangxi Province southern China. The institute has its origins in a school founded in 1910 and from 1944 became the first higher level institution for learning ceramics in China. Since 2016 the Chinese name has changed to university but the English name remains institute.

Entrants to the China Awards are undergraduates from the Industrial Design major which belongs to the Product Design Department established in 1985. Zhang Mingchun, director of product design, says practical elements make up around 30 per cent of the course. Given the nature of the university there is unsurprisingly a focus on modelling. “Foresight and intersections are an important challenge in developing designers. Today, design science has entered a stage of rapid development. Discipline integration has become a basic attribute of the science of design” says Zhang regarding the teaching ethos.

Xu Zhiyang, a 2010 graduate, has achieved success as the chief designer of exterior decoration design in the modelling centre of the SAIC-GM-Wuling joint venture. Professor Zhang sees the China Awards as an important element in building future success for students and an outlet to show their creativity. “First of all, the propositions of CDN China Automobile Design Competition are all real briefs provided by enterprises. Such proposition design briefs concern with practical needs, which will expand students’ design vision and enhance their design confidence. In the second stage, the communication with designer judges is a process of accumulating procedural knowledge, which makes up for the deficiency of design works in college,” Zhang says.

Shandong University of Art and Design

Located in Jinan, the provincial capital of Shandong Province, the institution is relatively new having only been set up in 1973. Initially it focussed on traditional crafts. The university achieved very good results in the latest edition of the China Awards with three category winners along with another three brief winners.

Despite its name the institute is actually located in Chongqing rather than Sichuan Province – the city was formerly in the province but since 1997 has been a municipality. A metropolis in southwestern China on the Yangtze River it is one of the powerhouses of development and is home to automakers Chang’an and Lifan. The institute was founded in 1940, taking its current name in 1959. Entrants to the China Awards come from the Industrial Design major under the School of Design.