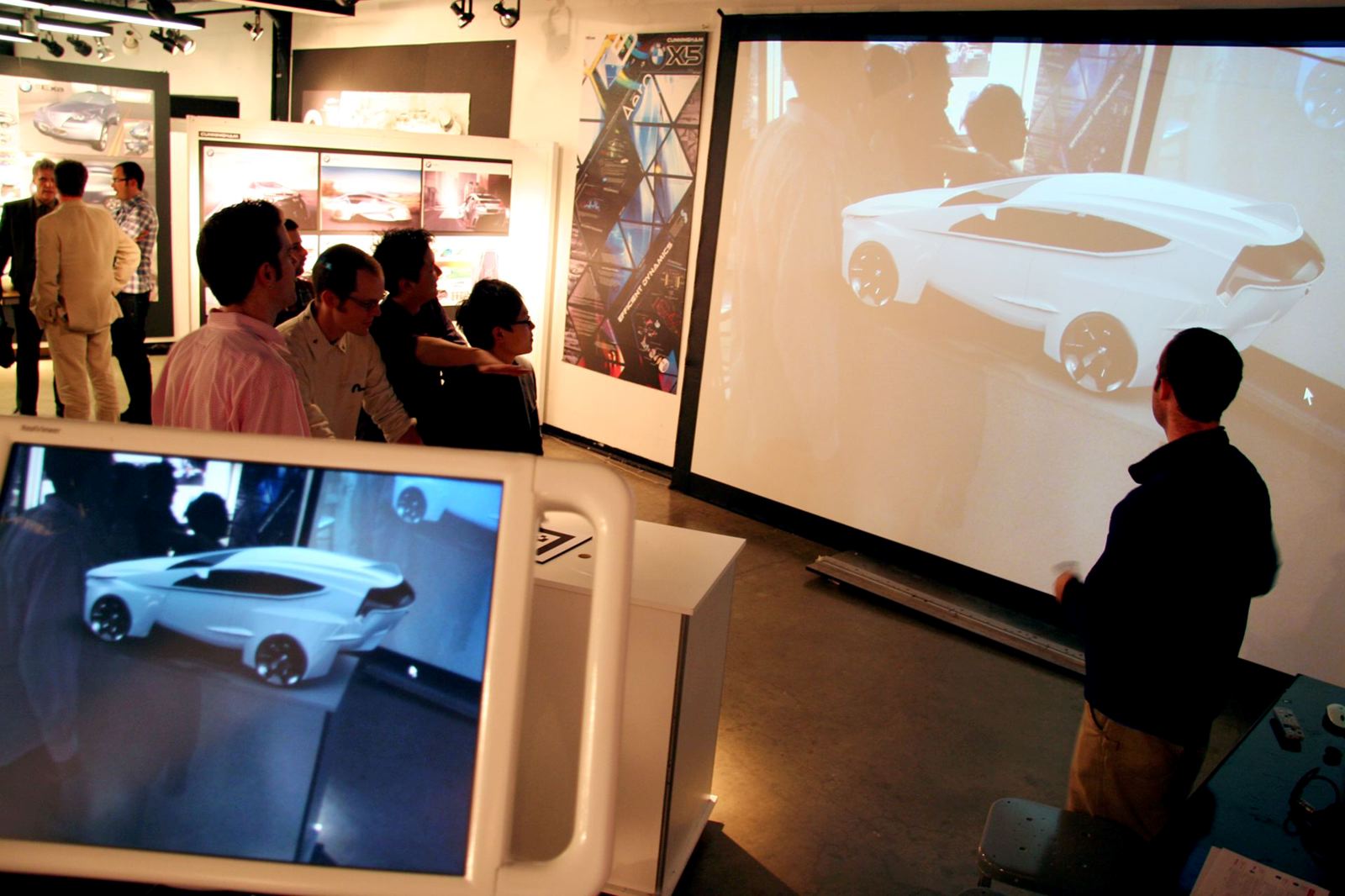 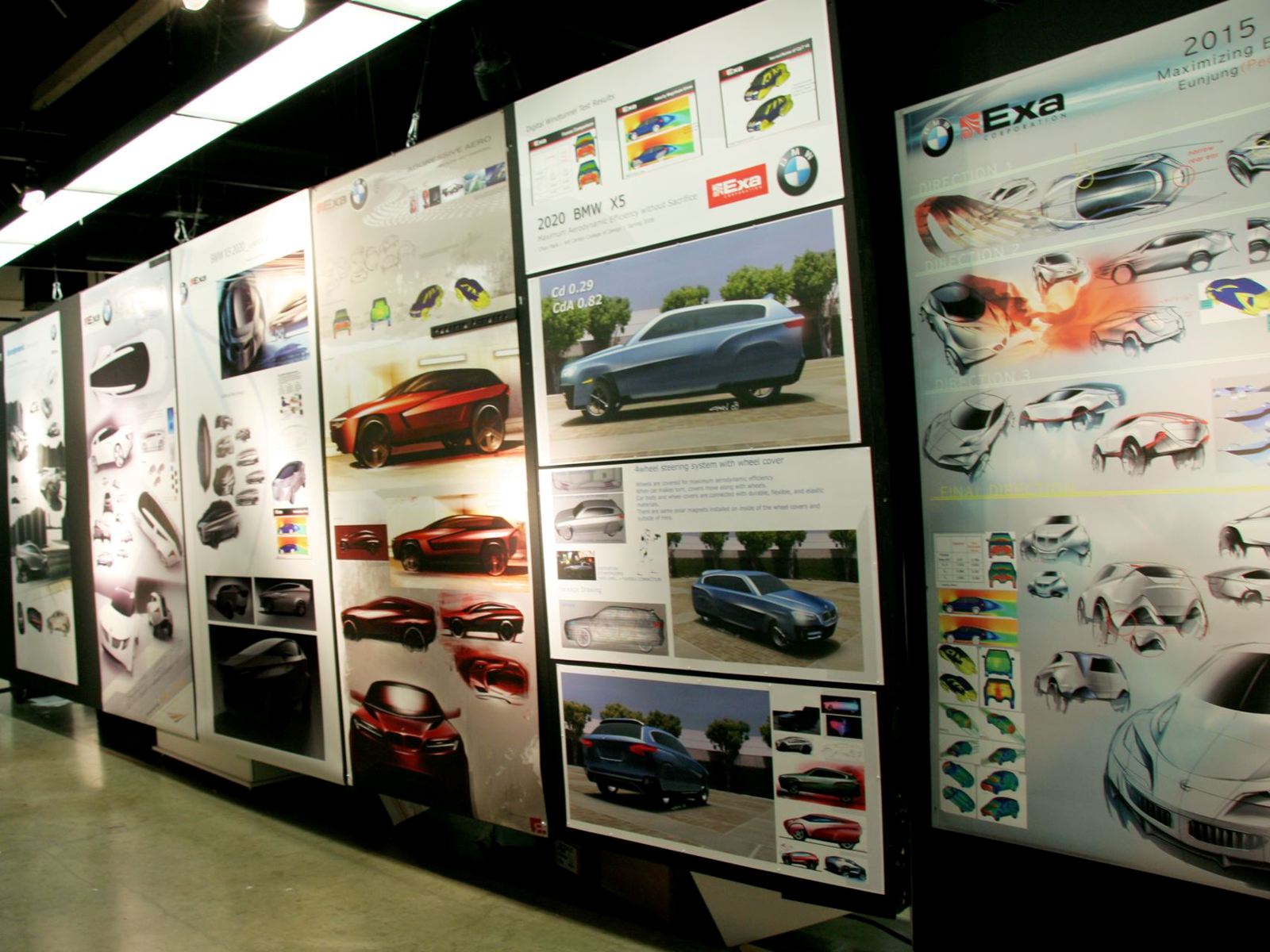 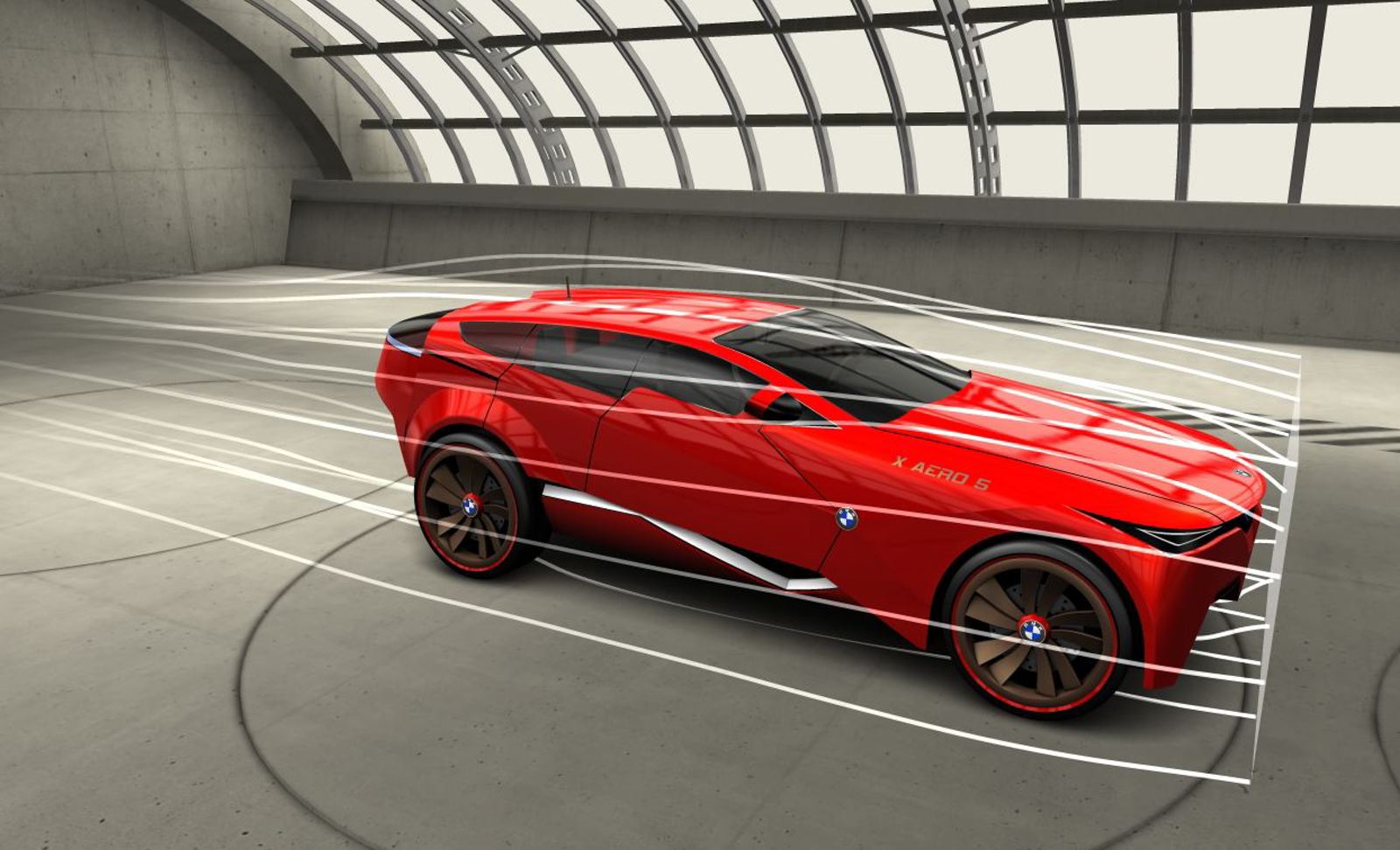 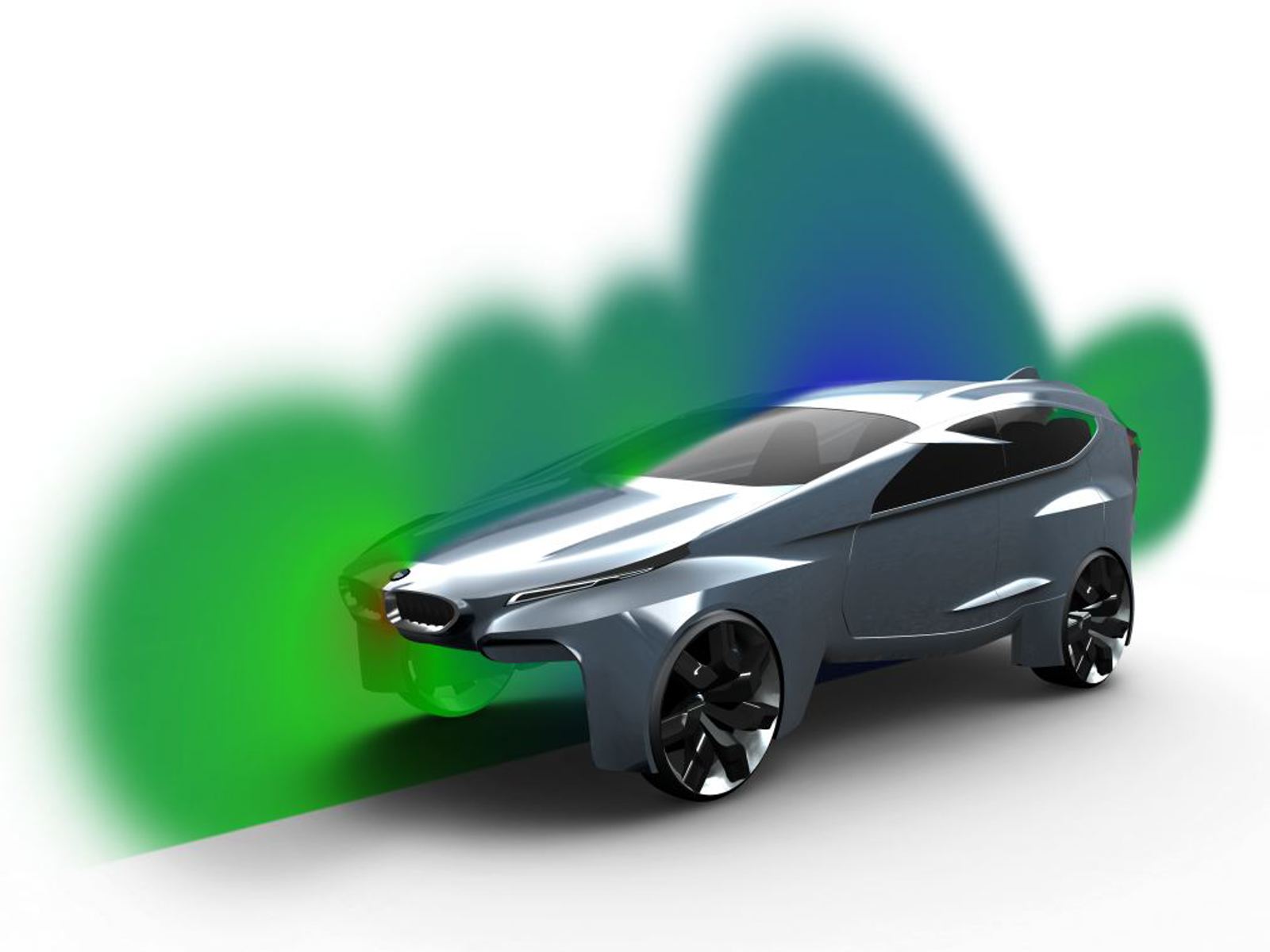 Art Center's BMW/Exa 7th term sponsored project, which we first reported on back in mid-February, recently had its final presentation at the conclusion of the Spring 2008 term. You'll recall the project tasked the students with redesigning a future X5 Sports Activity Vehicle with the express mandate improving its aerodynamic efficiency by at least 30 percent. To achieve this lofty goal, the co-sponsor on the project, Exa Corporation was going to provide both their engineering software PowerFLOW and their technical know-how to virtually test the students' Alias StudioTools design models and provide them with real world aerodynamic feedback. 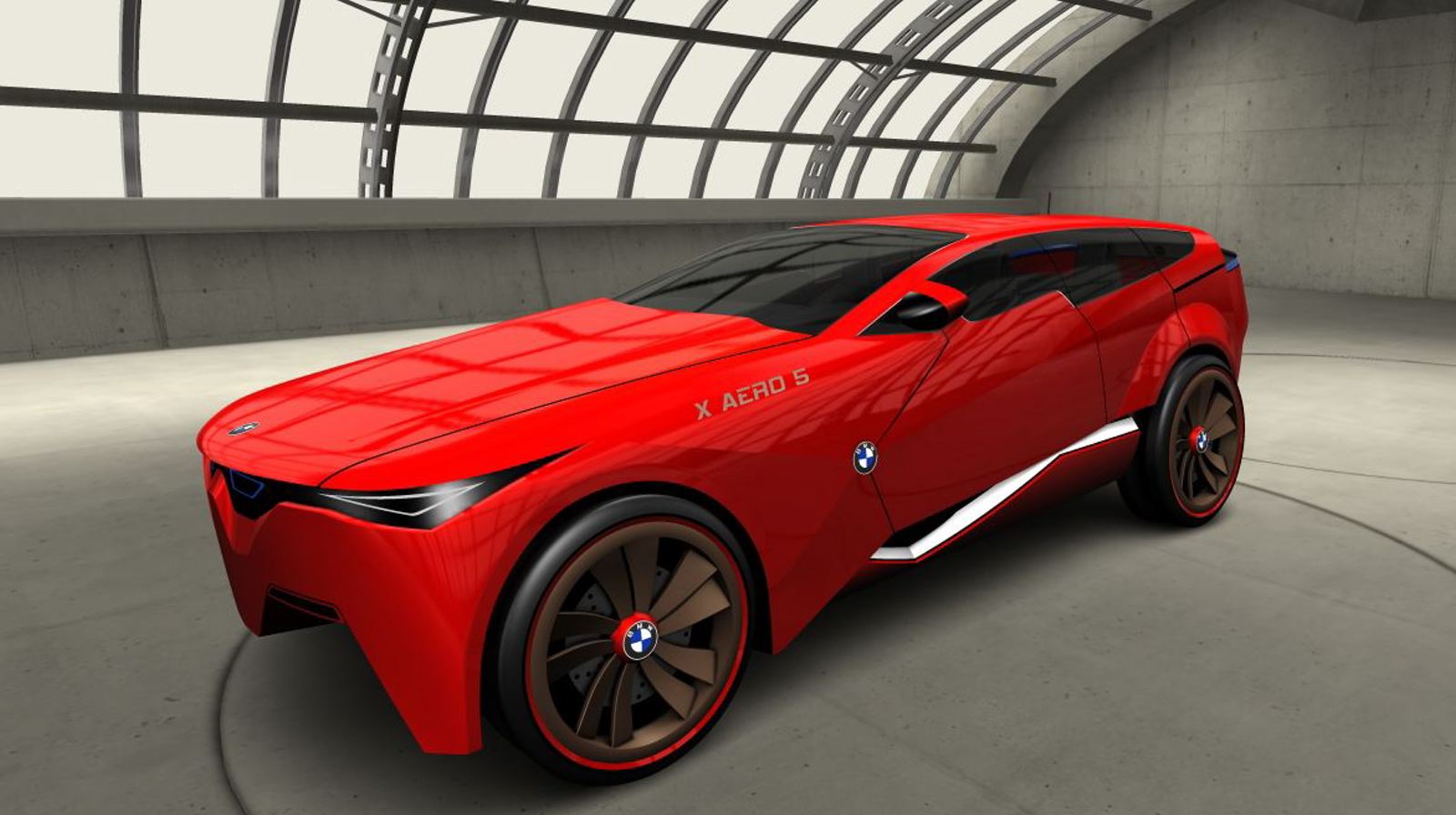 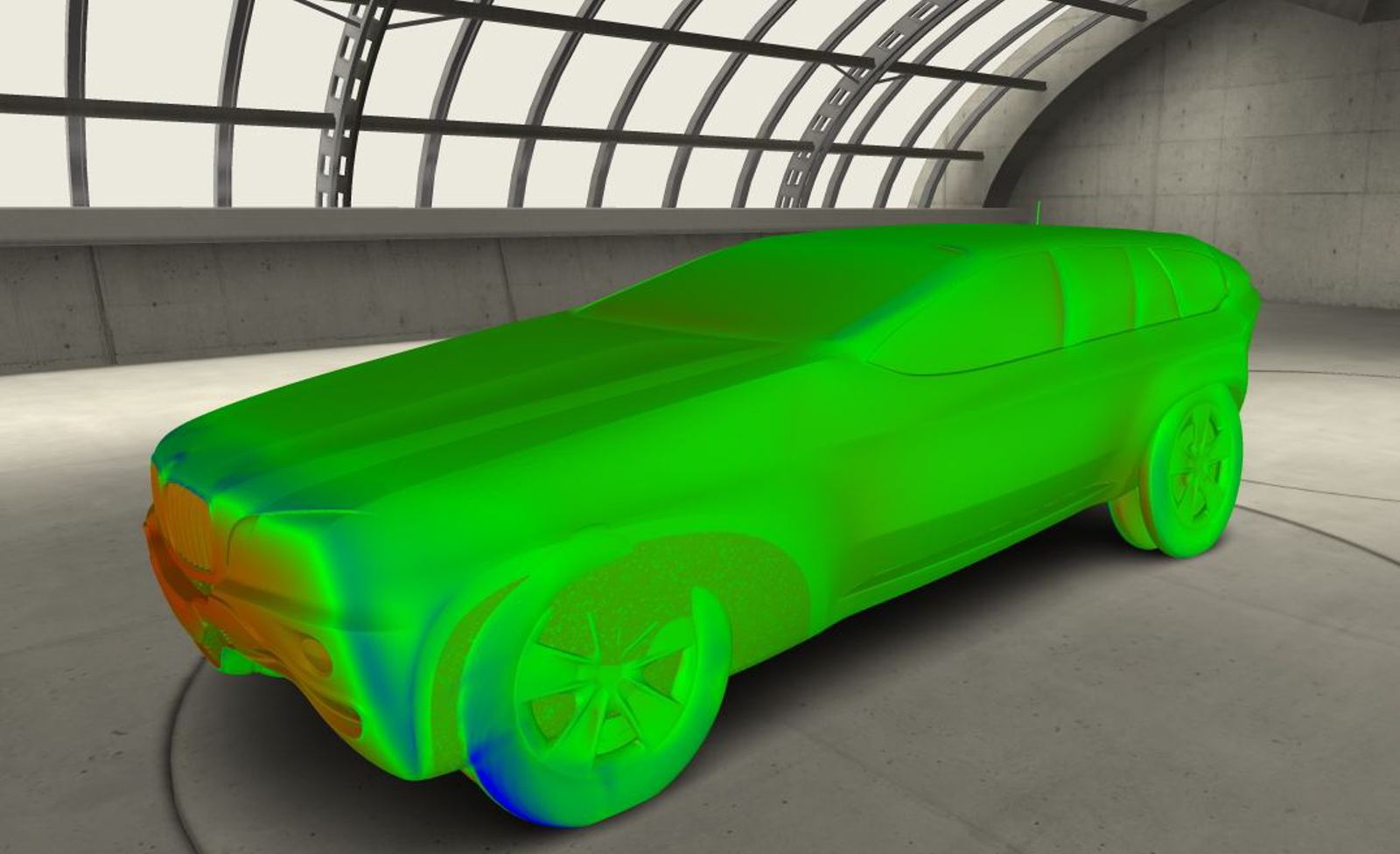 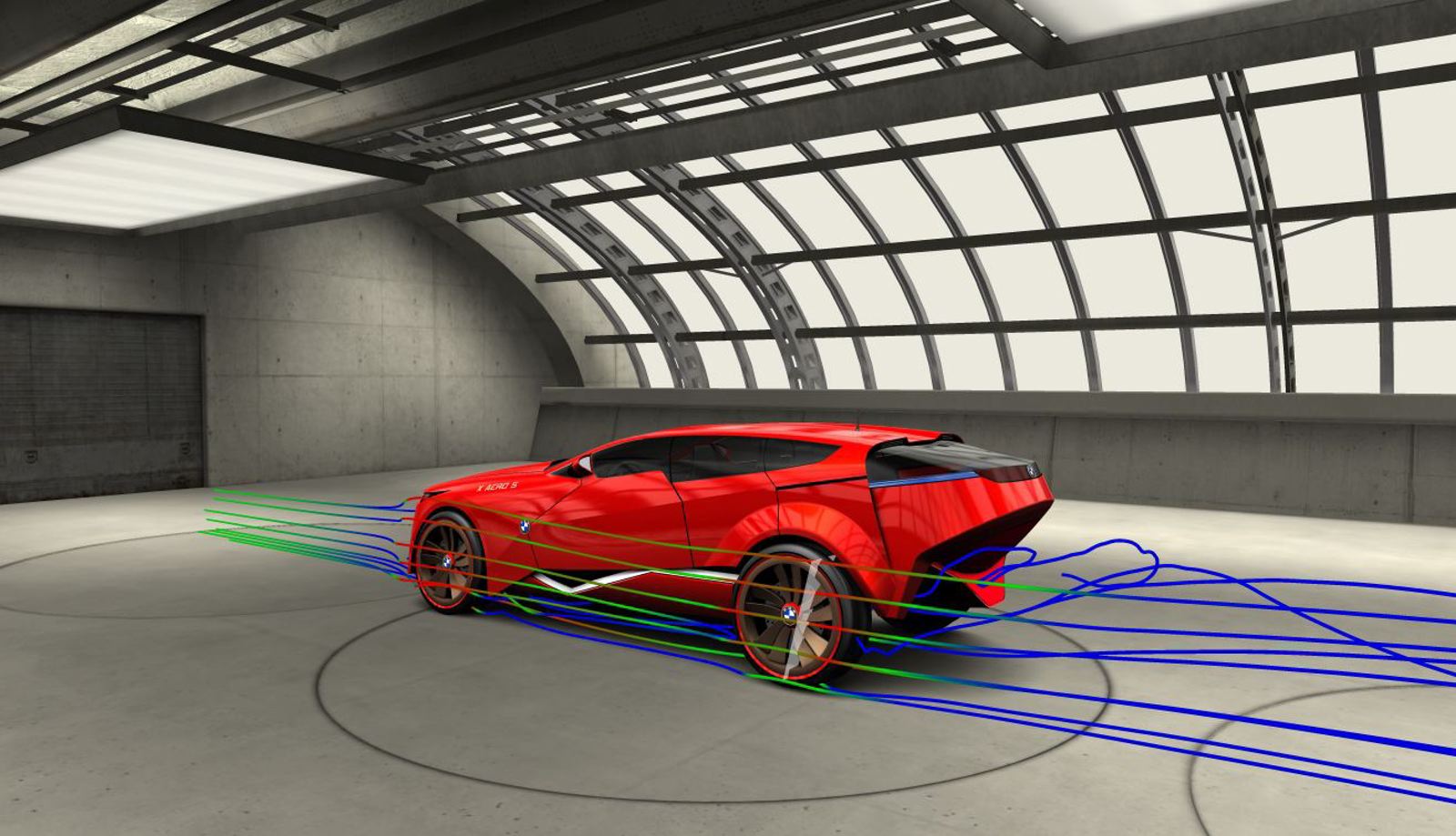 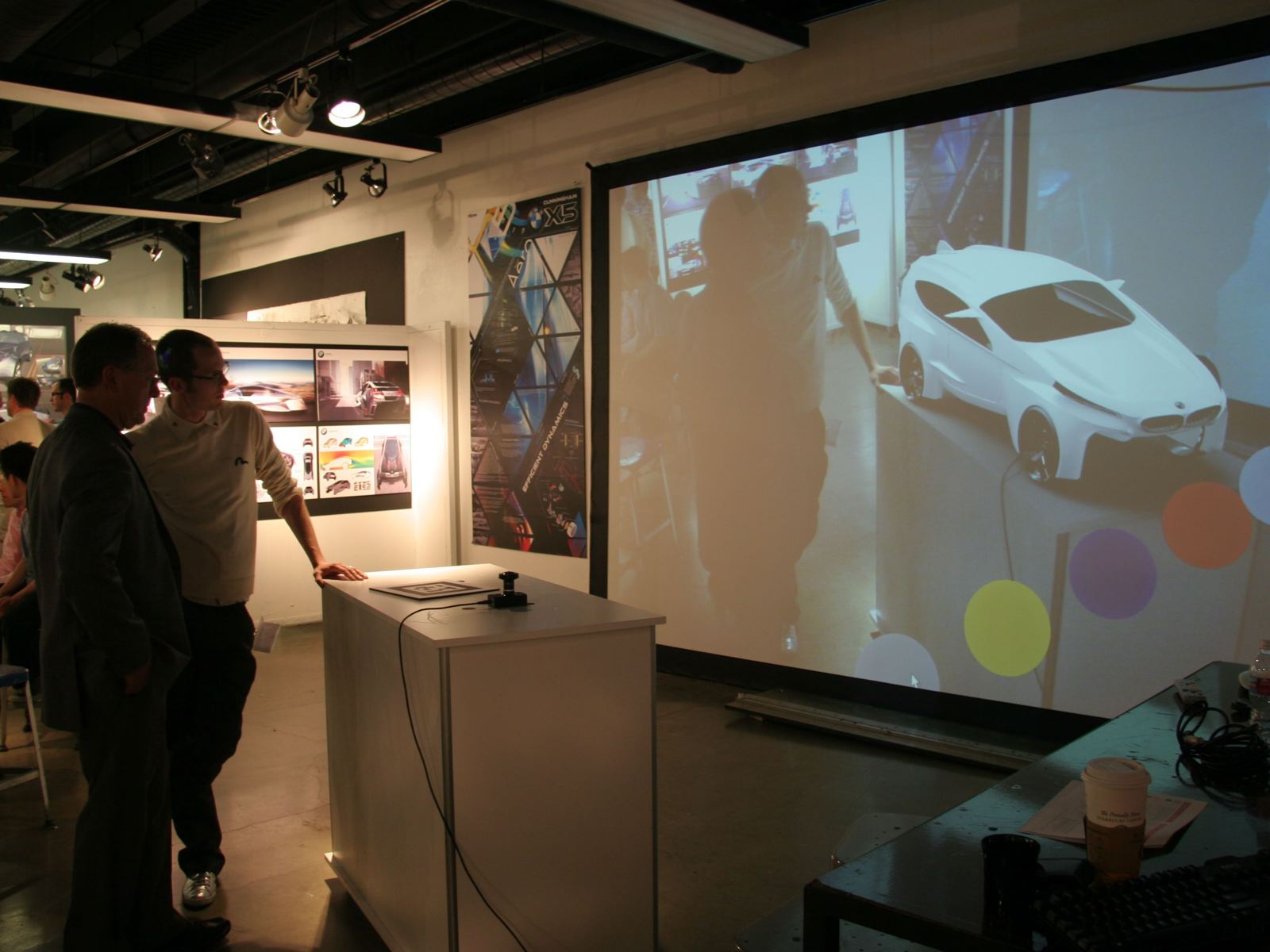 Overall the larger than usual class of 22 students performed admirably well with aero numbers easily attaining and in some cases surpassing what had initially been asked for. To achieve this, most students experimented with modifying the current 7-seater package layout to varying degrees - they were at all times however reminded by both the visiting BMW designers as well as their instructors to retain the BMW design characteristic known as "X-ness". At the same time and with the recent release of the production BMW X6, students had to pay particular attention to remaining with the X5's SAV layout and not to stray too close to the X6's sportier centerline - easier said than done!

After the initial deadline for submitting first round digital models to Exa came and went, the students began to receive aerodynamic feedback in the form of both emailed PowerPoint presentations and web conferencing with the Boston-based engineers themselves. The quantity and depth of the analysis provided veritably broke open the proverbial floodgates. Before long all the students were submitting digital models on a near weekly basis right up until just days before the final presentation. Walking through their studio space during the term, one definitely had a sense that they understood how unique this opportunity was and could plainly see how they were taking full advantage of it.

At the project's kick-off meeting, Chris Bangle had made a surprise visit telling the students he was personally interested in what they would be creating and would be closely following their progress based on the feedback he received from BMW Designworks' Automotive Design Chief Chris Chapman. At the final presentation, Chris Chapman was accompanied by not only Erik Goplen and Michael Scully, but also and to everyone's surprise by Dr. H. Kerschbaum - head of Aerodynamics at BMW AG. Dr Kerschbaum, while an extremely soft spoken gentleman, was generally excited by the forward vision the students displayed and offered quite a bit of positive feedback to the lot of them.