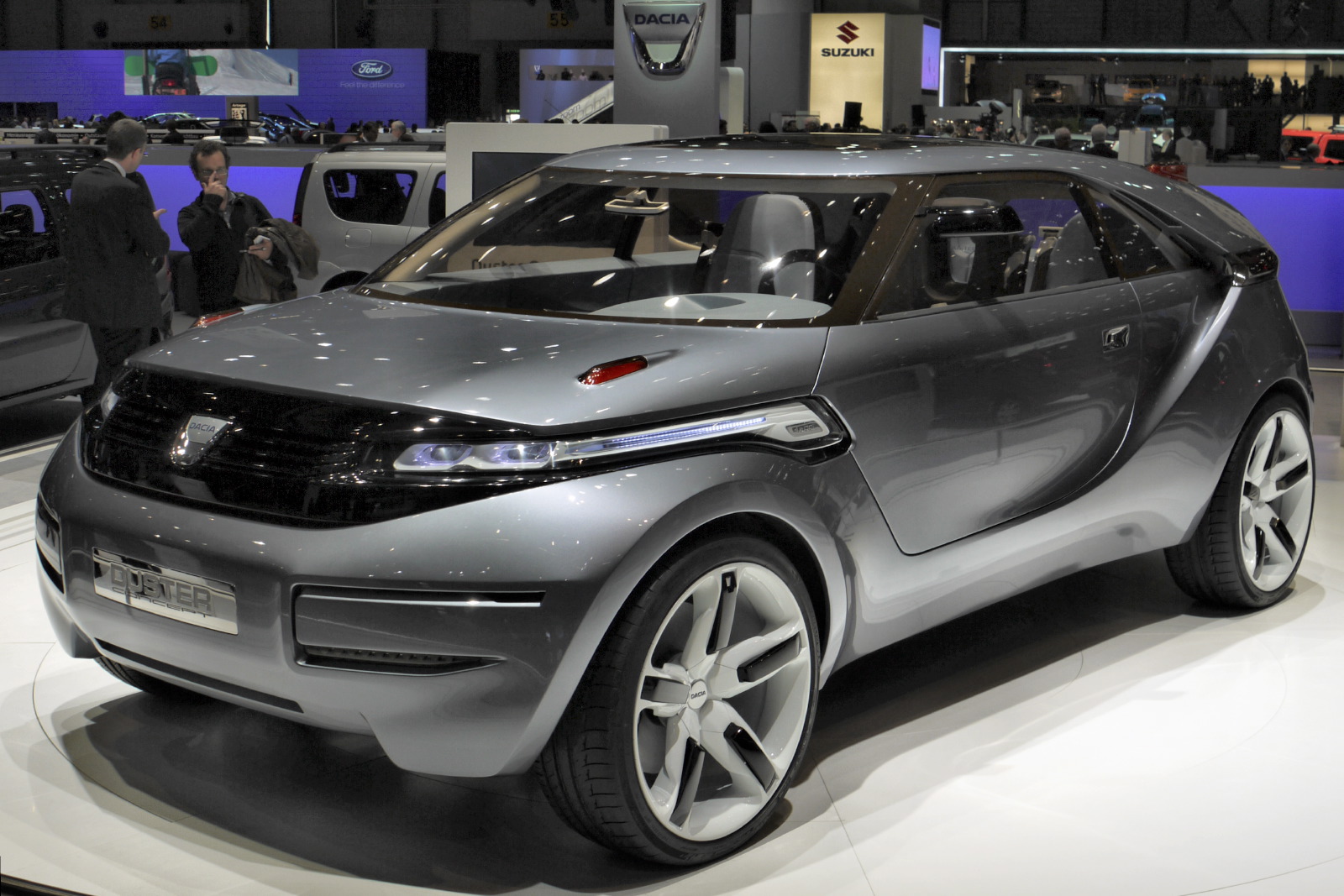 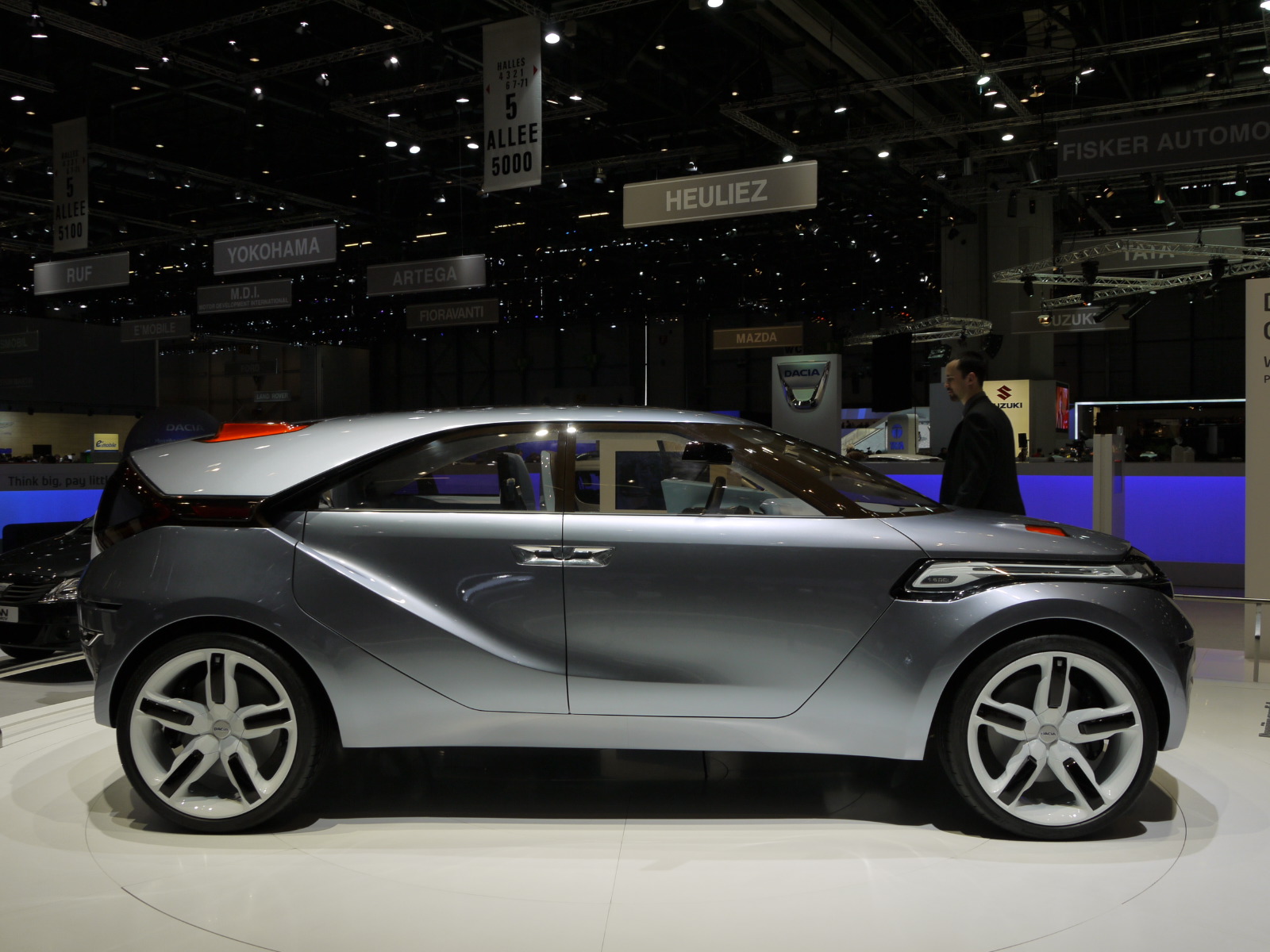 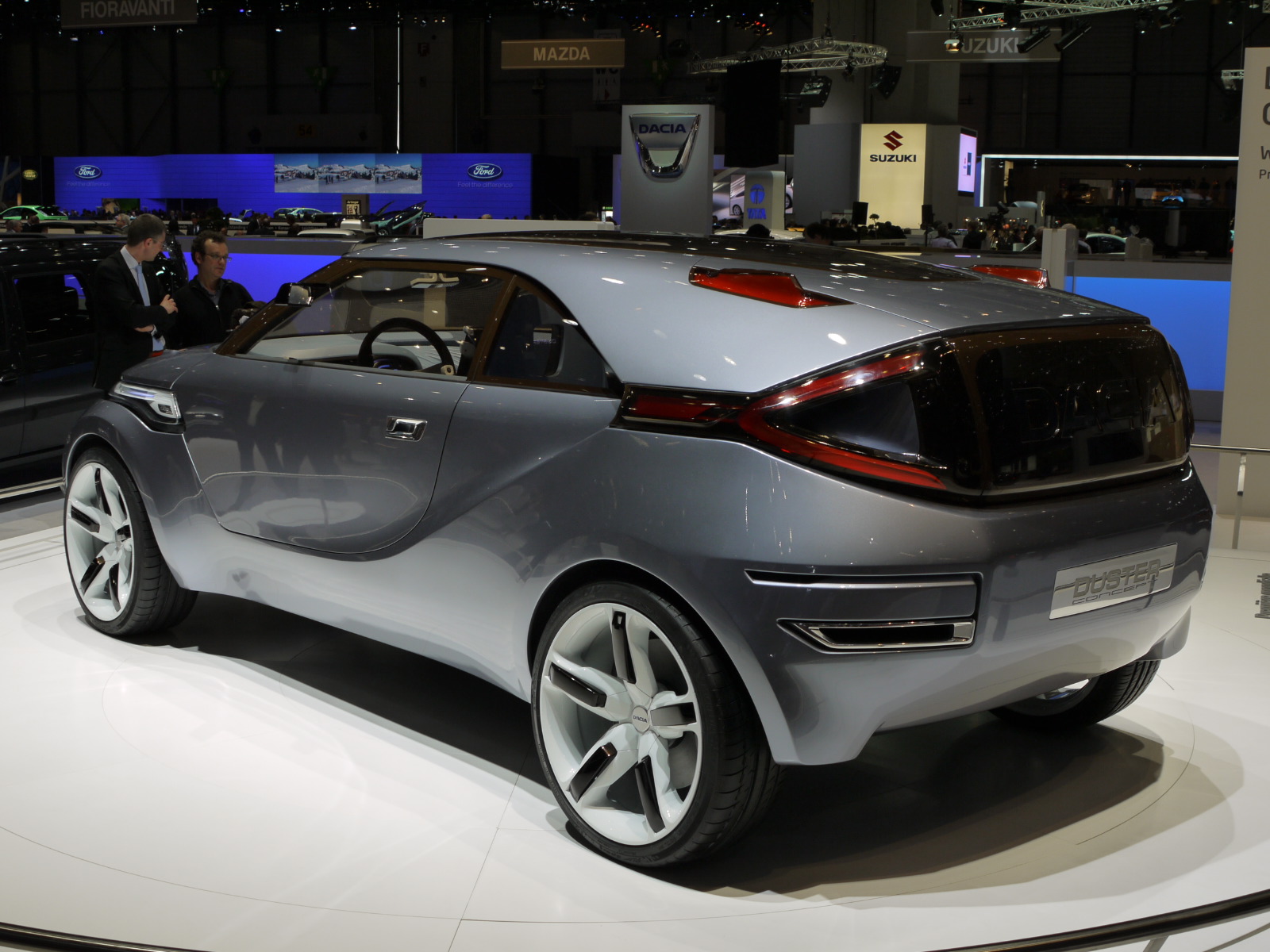 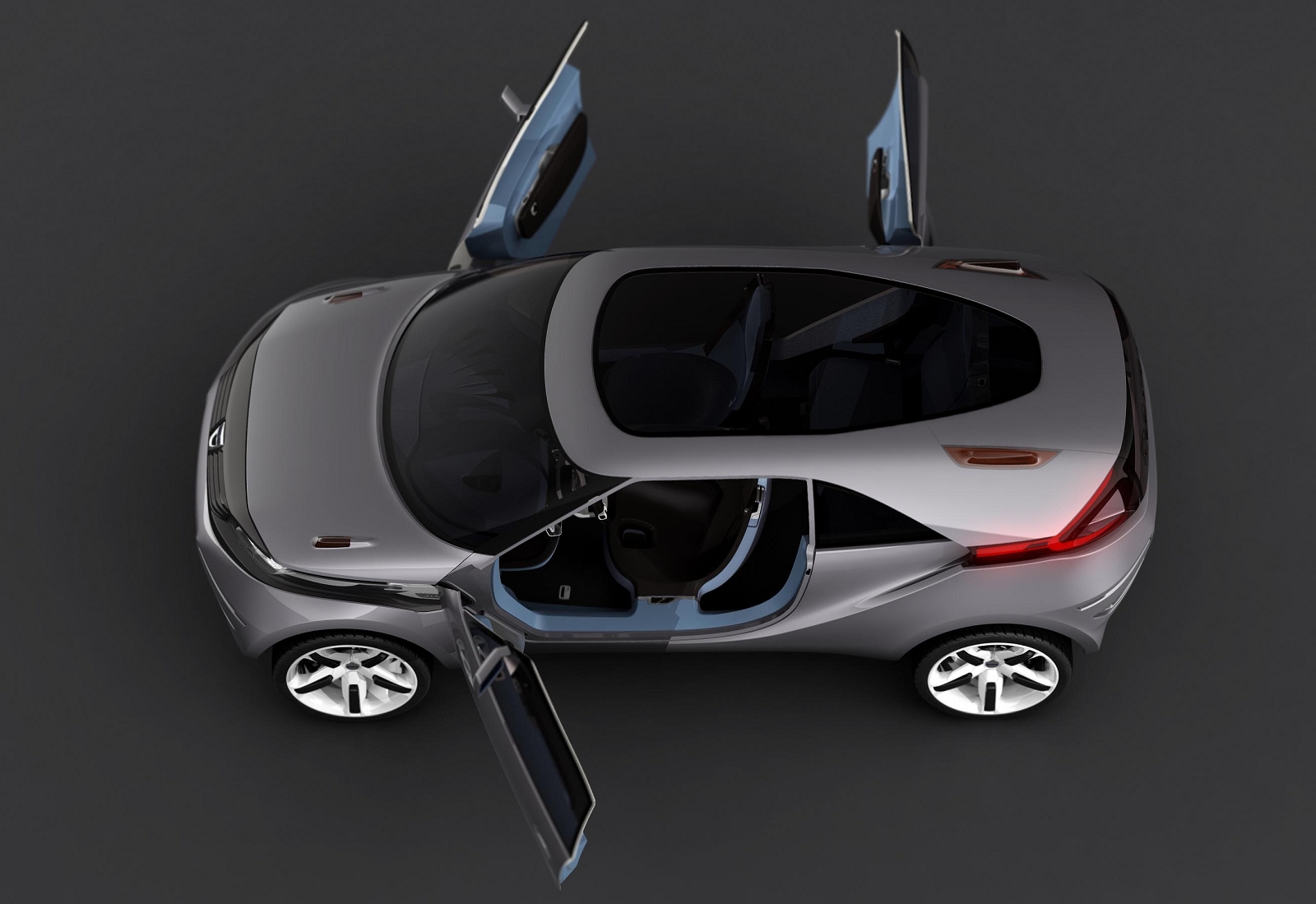 Asymmetric door concept is evident in this view 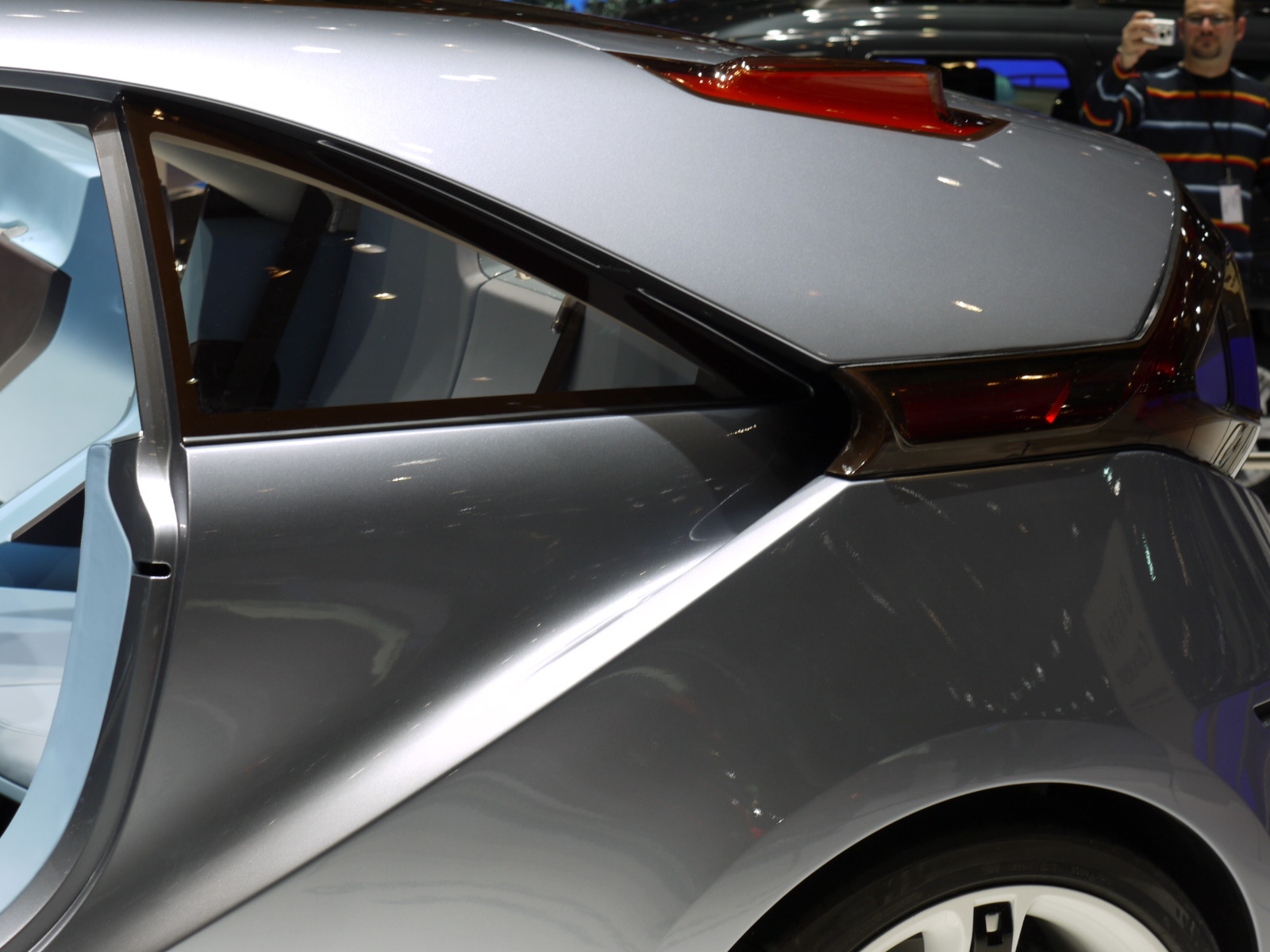 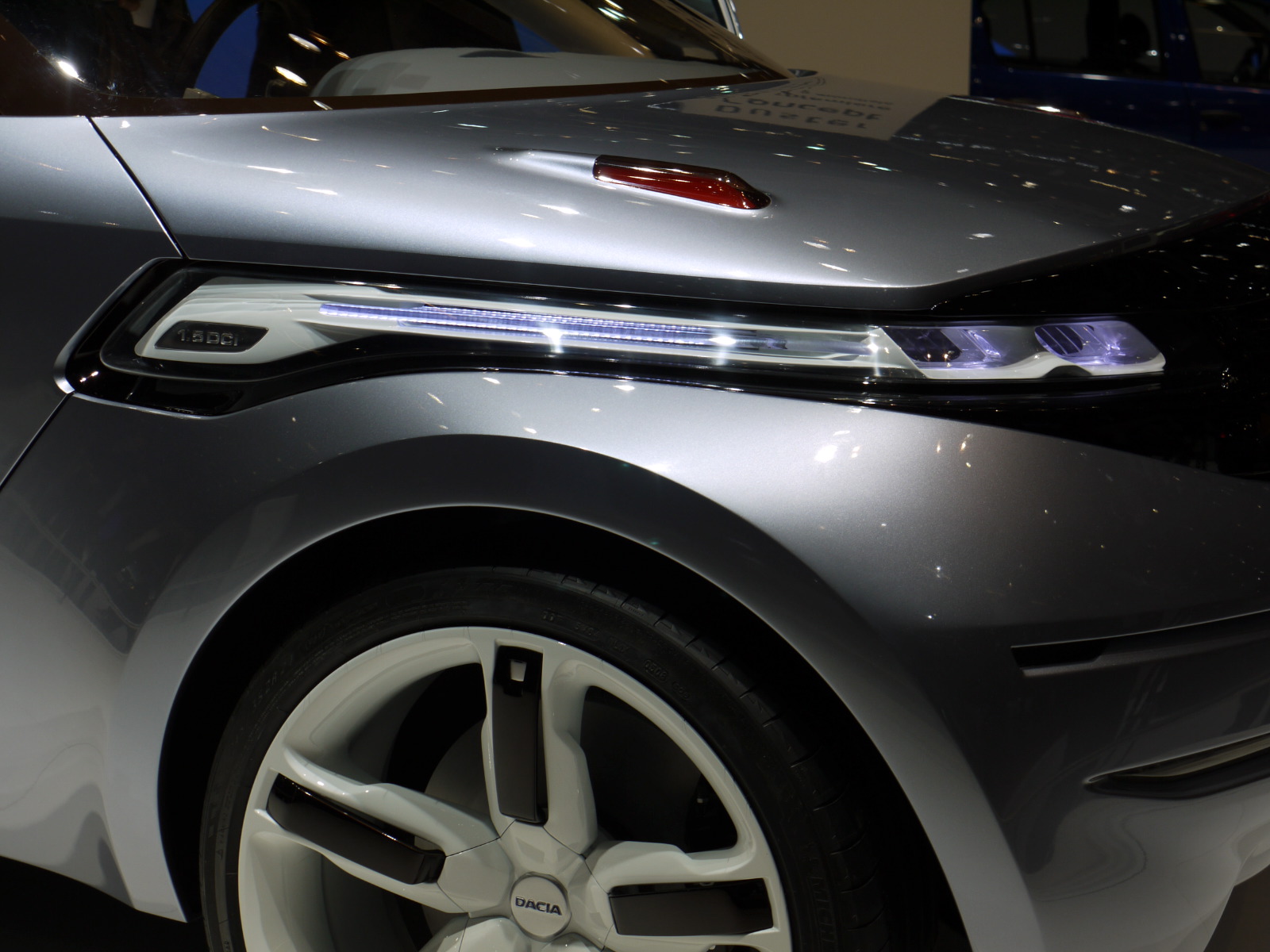 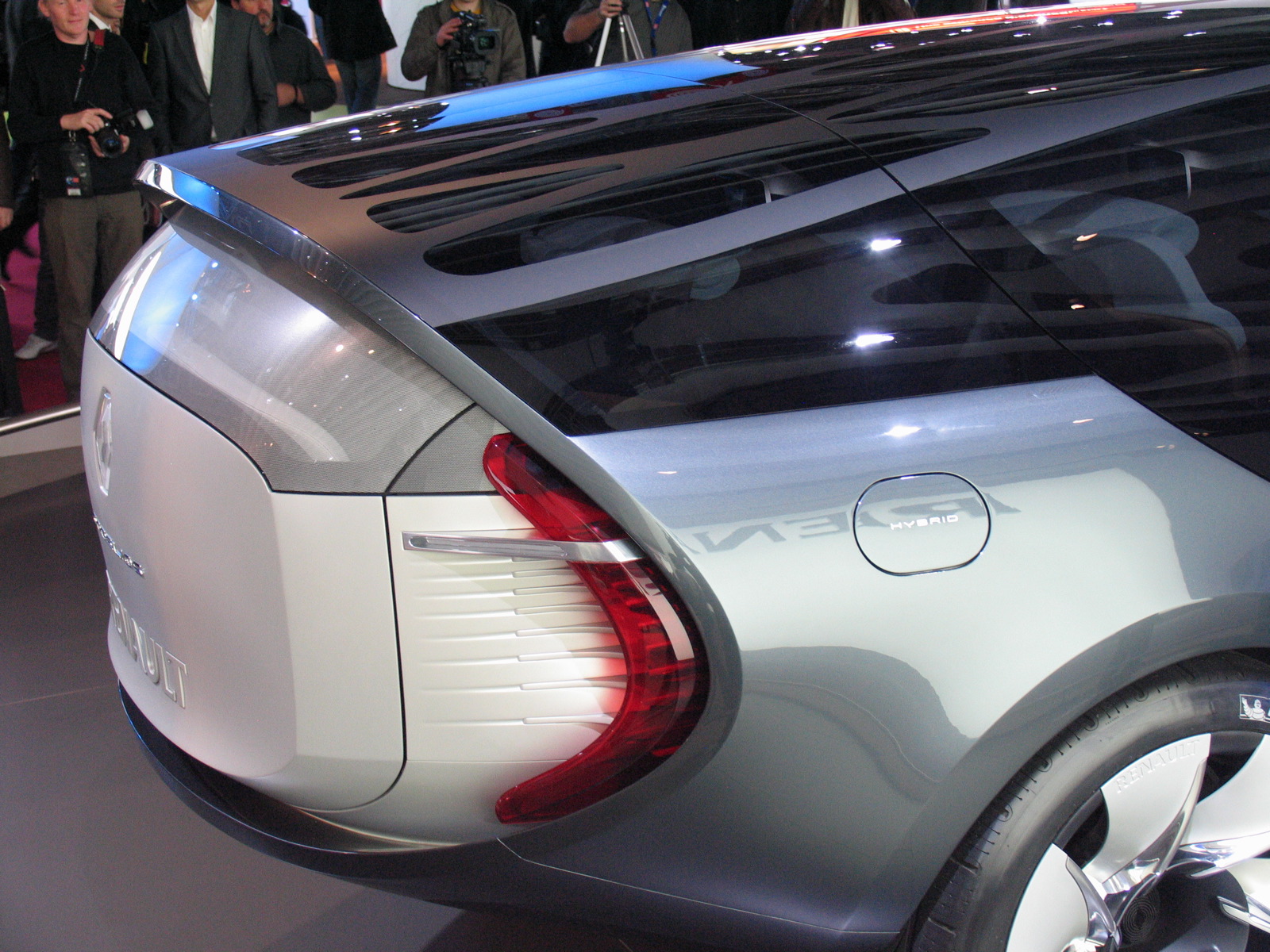 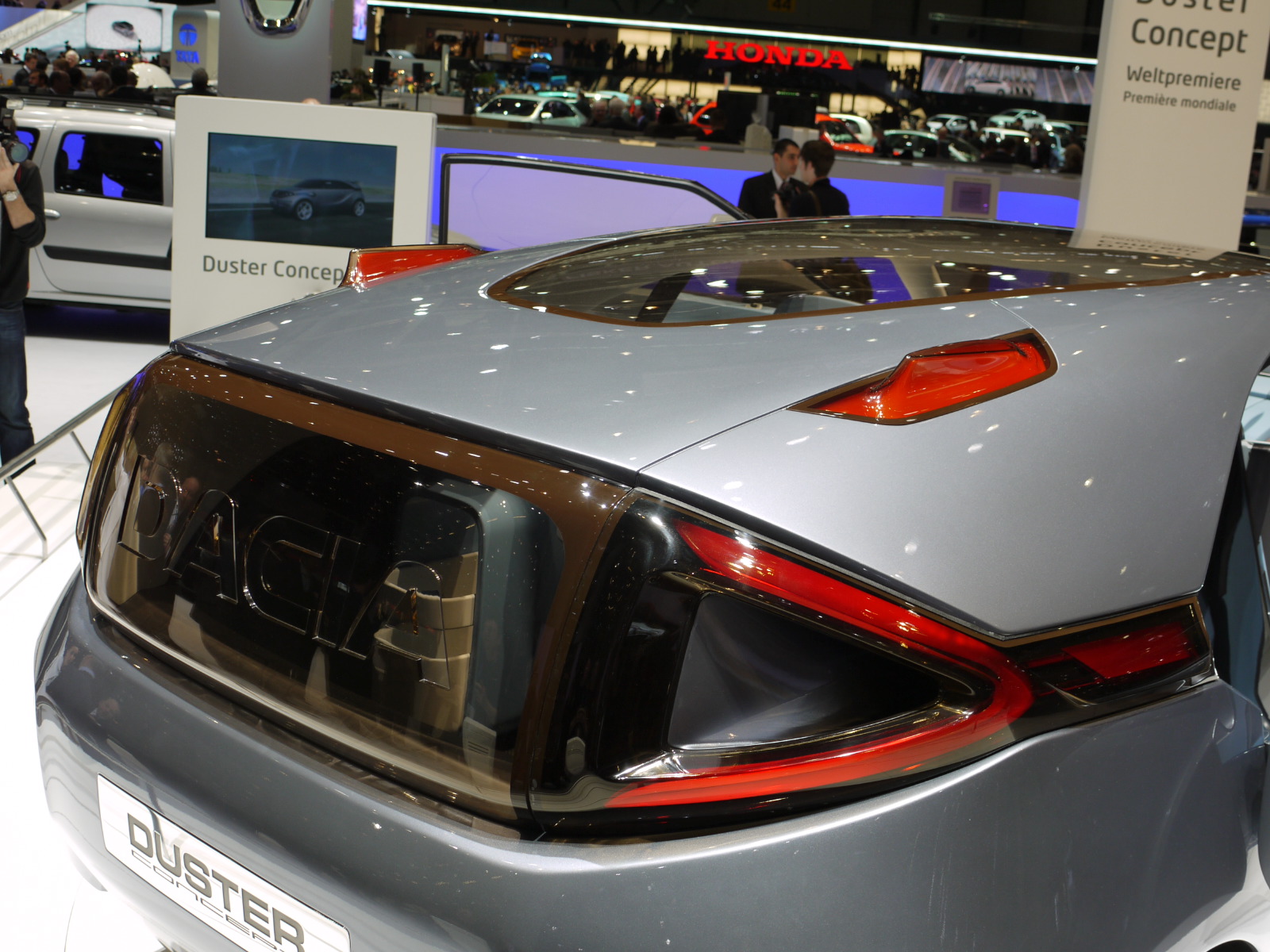 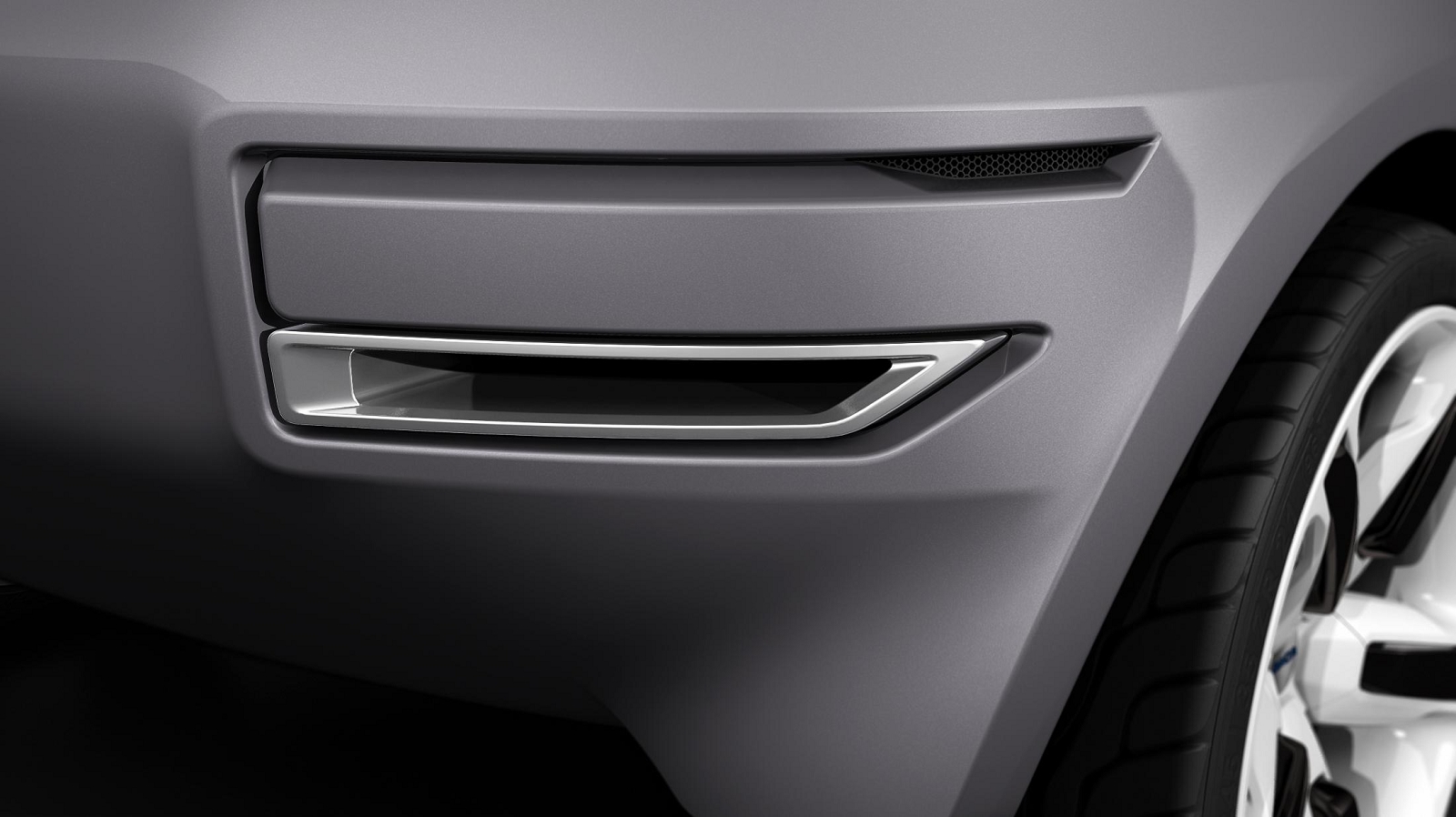 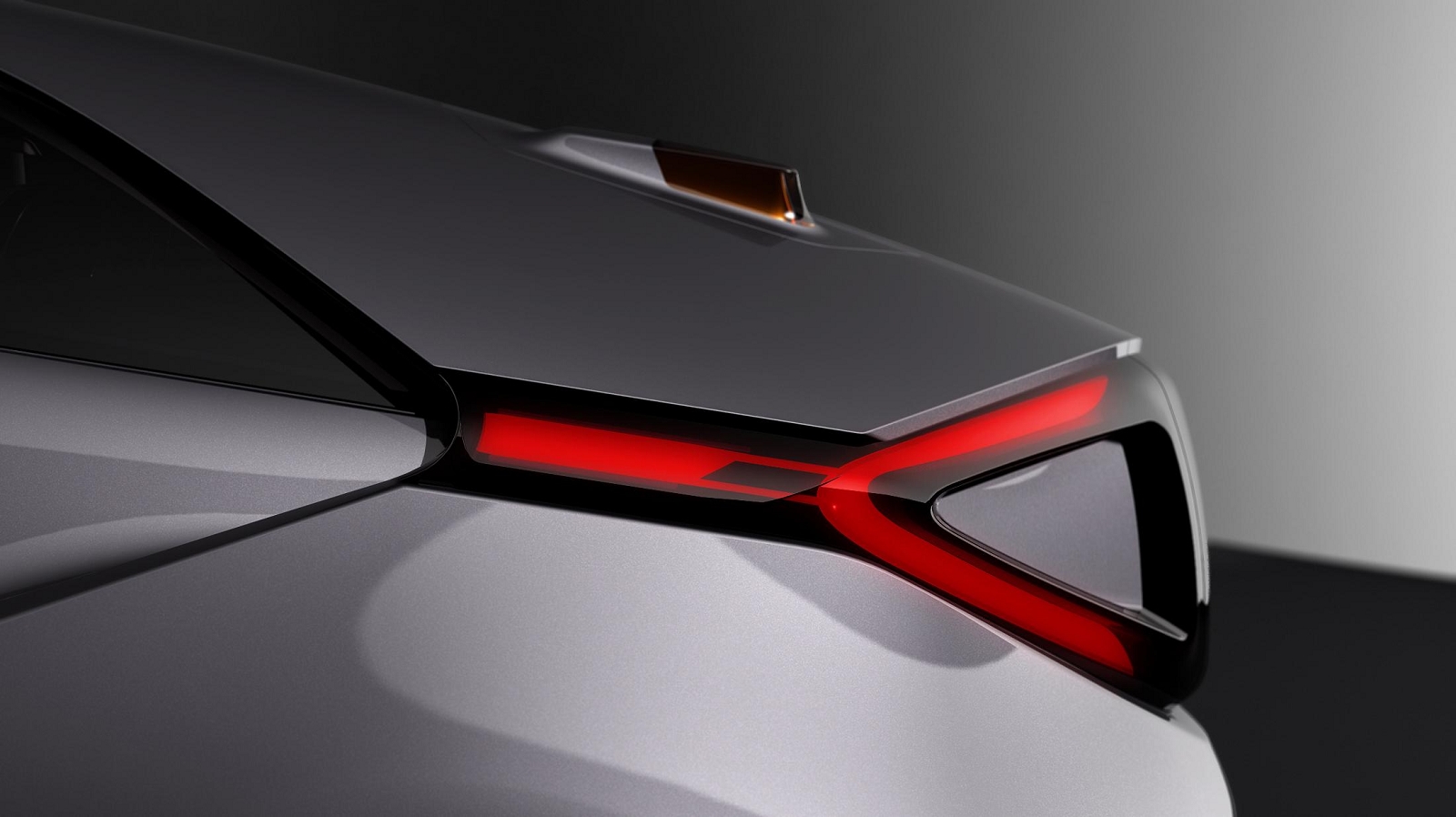 Renault's revival of the Dacia brand has been a resounding success in today's struggling car market. The original Logan model has gone on to sell over 750,000 units since 2004 and Renault feels it is now time to explore the next stage of the Dacia brand language - hence the debut of the Duster concept at this year's Geneva Show. 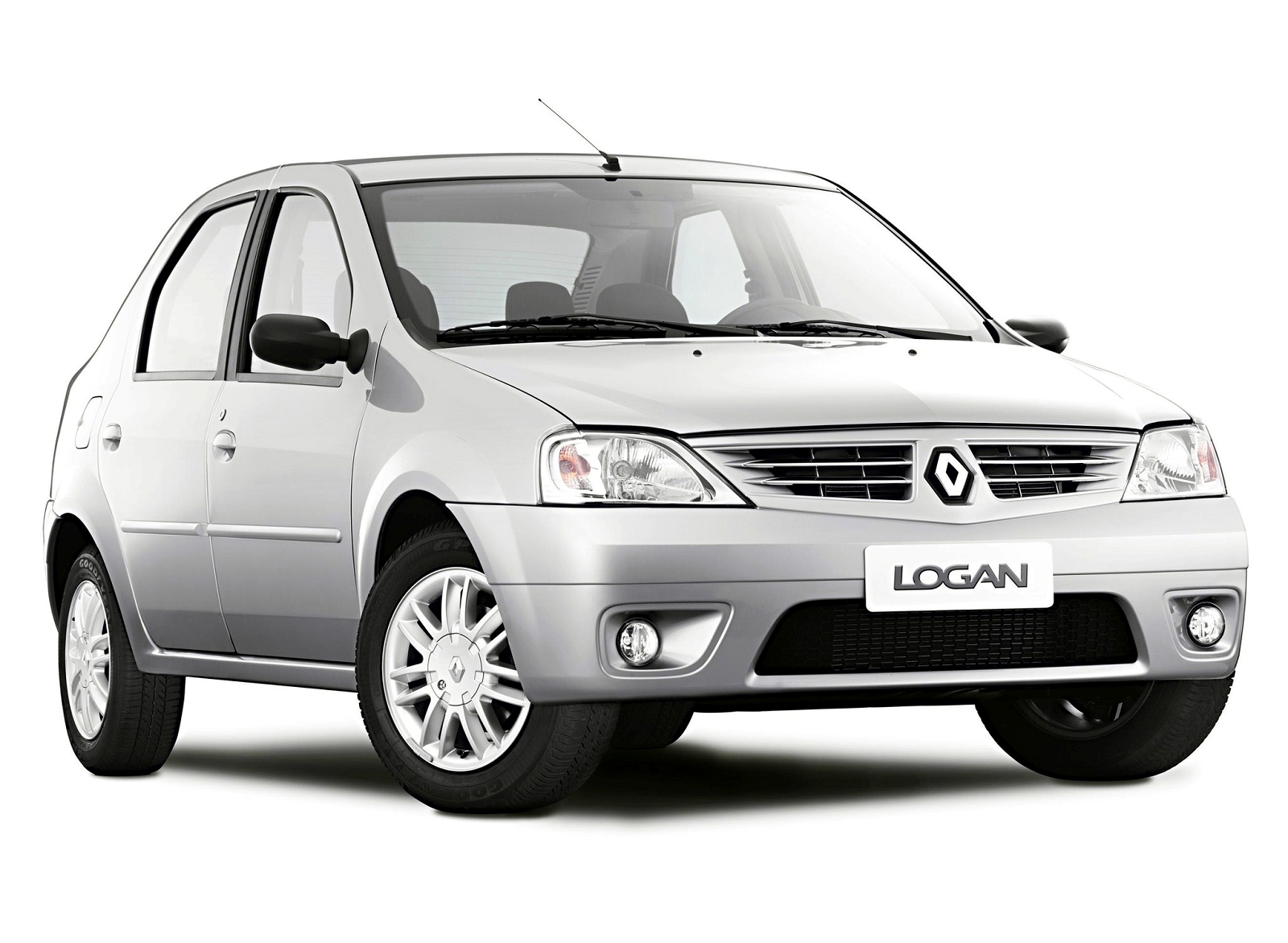 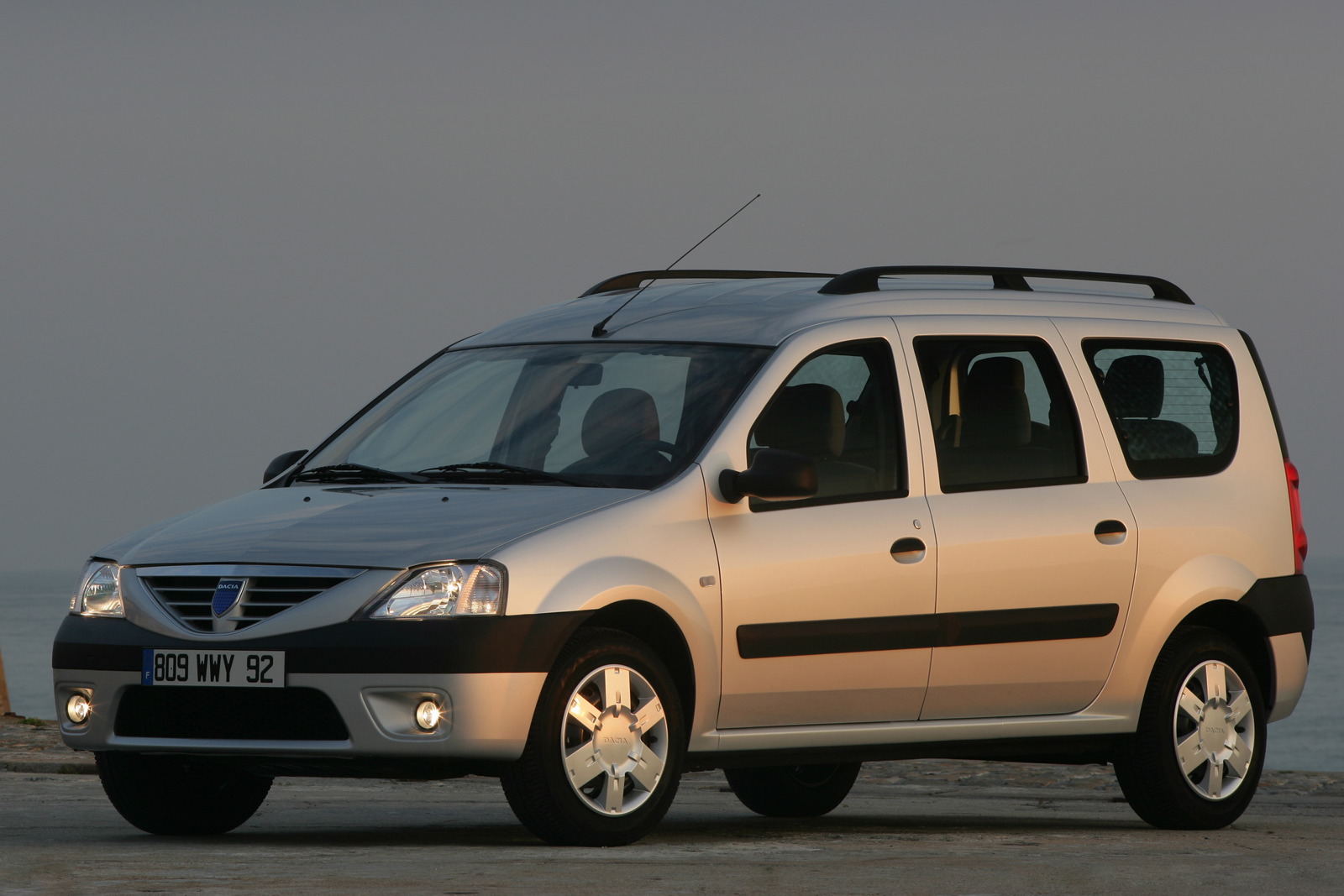 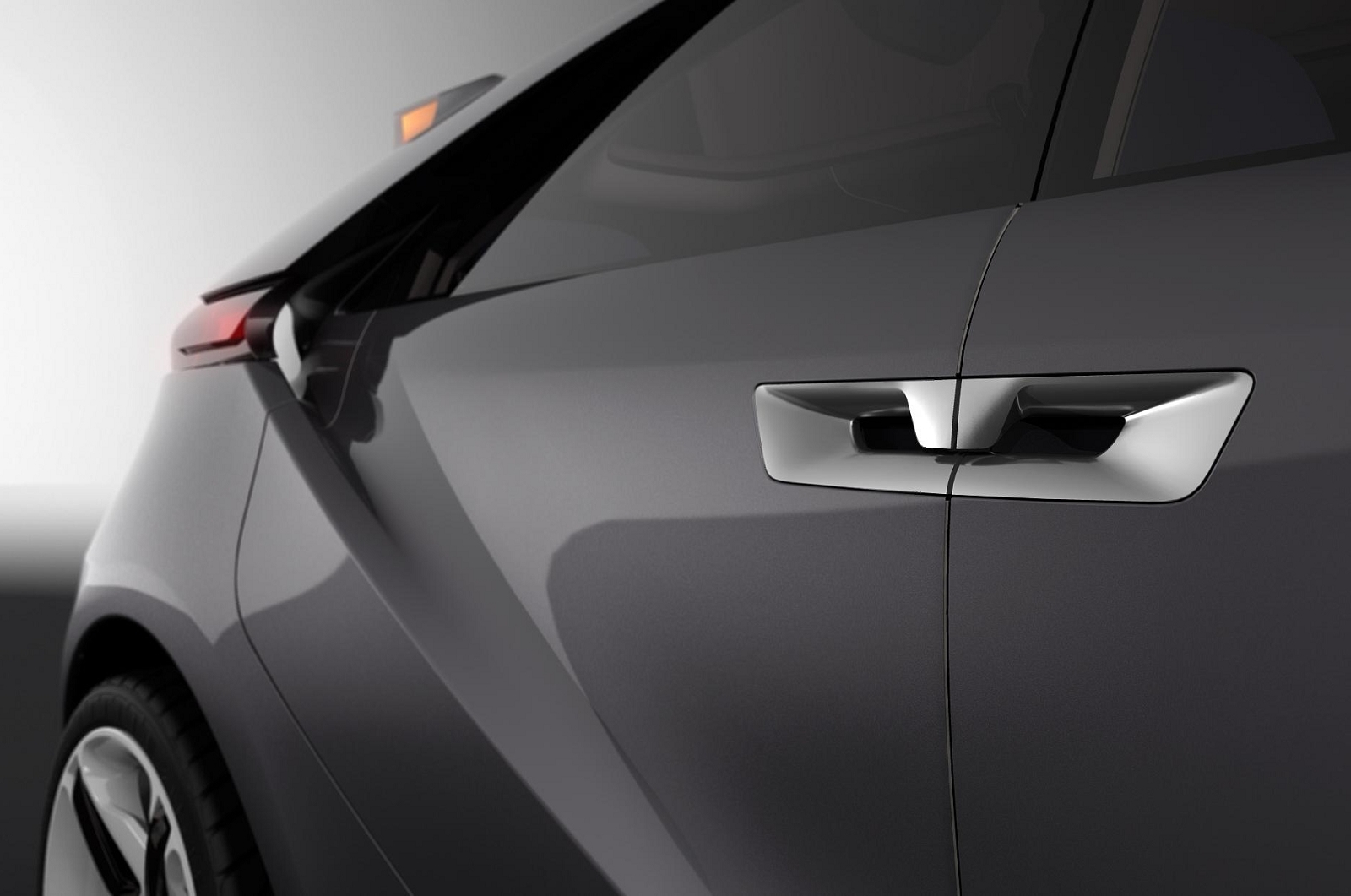 Air is channeled into the airscoop and exits through rear lamps 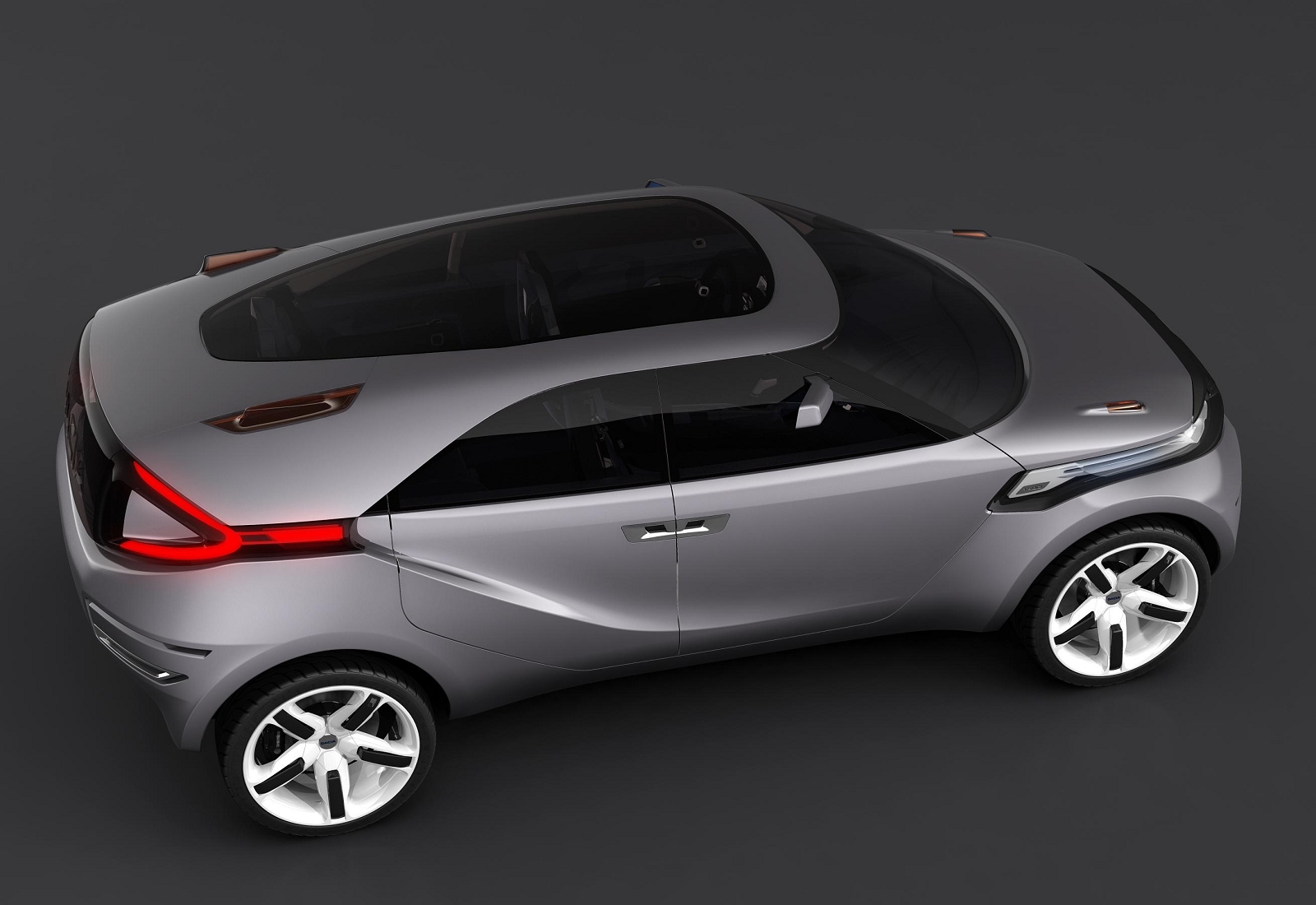 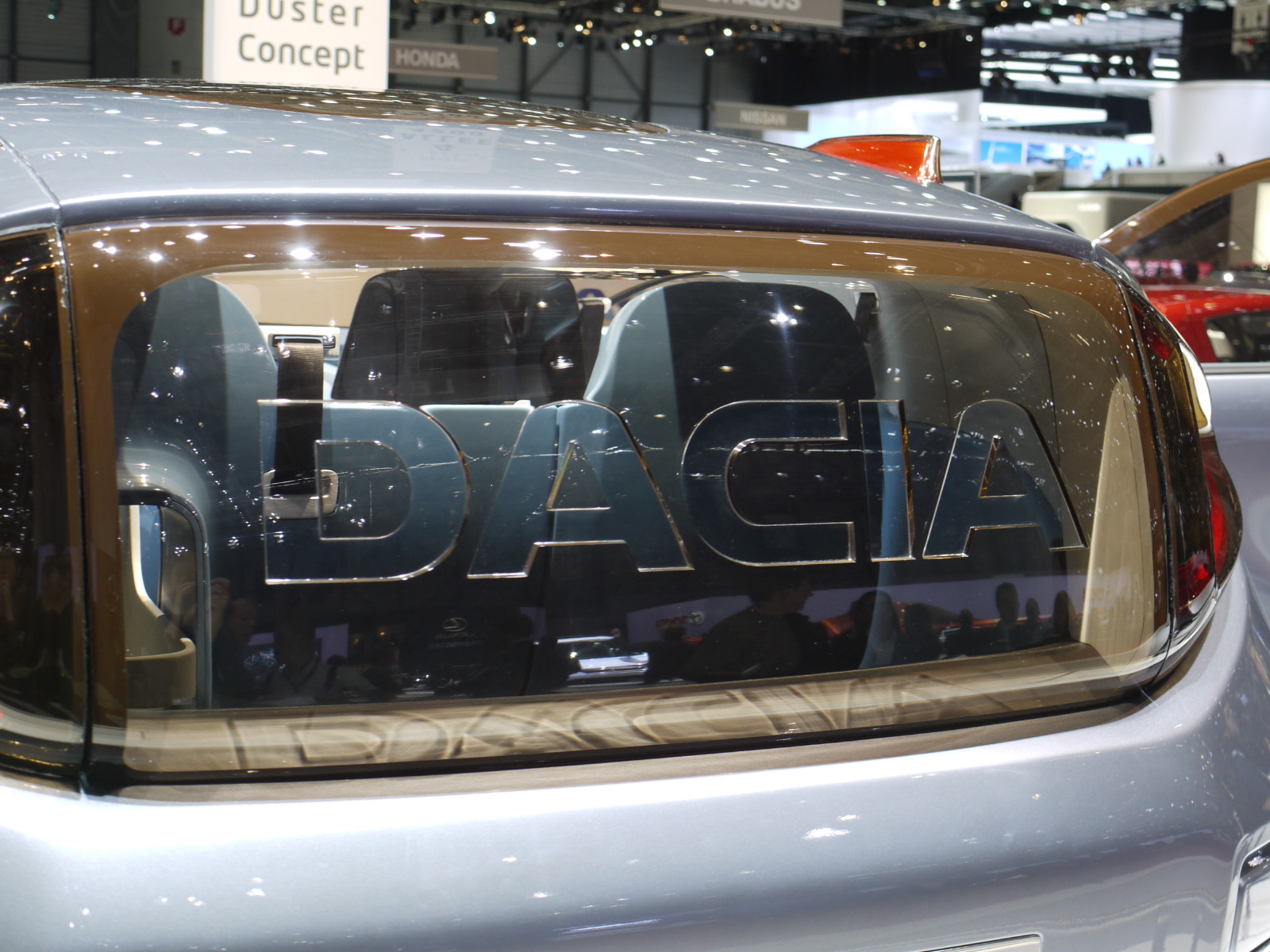 The Duster was designed as a collaborative effort between Renault's central European design base in Bucharest, Romania and the Renault Design Technocentre in Paris, where the model was built. This crossover design aims to showcase the brand's core values - namely simplicity, robustness and authenticity - and combine them with a more emotional wrapper, all within a 4.25m length, similar to today's Logan.

The resulting exterior has an appealing Tonka-toy character to it, with a very raked wraparound screen and an exceptionally long 2804mm wheelbase, with 21-inch five-spoke wheels. Patrick Lecharpy, Vice-President of Renault Advanced Design, explains the rationale behind this look: "We asked our young Bulgarian and Russian designers what they felt younger customers wanted in their markets; they came back suggesting a crossover station wagon with quite a robust look."

This robustness is expressed in several ways. Apart from the long wheelbase and "tough-looking" wheels, there's the high, horizontal beltline, and a short, stubby hood to add calmness to the design. "The robustness is expressed through the general shapes, with big chamfers on the surfaces being a key part of this expression," says Lecharpy. "Overall, it's an elegant package with a product design approach. There are simple shapes in the lower body, while the upper body adds some aerodynamic treatment - but even this can be said to be functional, for lower C02 values."

The Duster concept also features an asymmetric door layout with one door on the left-hand side and two barn doors on the right-hand side, both opening on massive chrome monohinges. "It is a way of interpreting the functional and emotional aims of the project fairly literally," explains Lecharpy. "The left-hand side is pretty, sporty and sexy; the right-hand is more like an MPV, more practical." While the single-doored ‘2D coupe' side is graphically purer, the right-hand dual door treatment is fresher, with the rear door shutline emphasizing the sculpturing of the rear fender and echoing the DLO shape above.

The rear is the most notable view of the car. The rear window is framed by arrow-shaped taillamps with a triangular hole within them, and the idea is that air flows freely along the vehicle's flanks before being jettisoned through the rear lights. The vertical rear window features an engraved ‘DACIA' script embossed in the rear Plexiglas that calls to mind a pick-up truck; "Again, it's about robustness," says Lecharpy.

The use of a long roof, vertical rear window and a C-pillar that is pulled away from body all remind one of the Renault Ondelios concept from the 2008 Paris motor show, although the Duster adopts much more orthodox volumes and graphics than the larger Renault. There are pleasing relationships between volumes and graphics throughout the car too, such as an upswept line through the rear door that mirrors that of the DLO, both feeding the eye visually into the rear air scoop. Also of note is the way the front mask extends right around the front fender, echoing the wraparound windscreen theme, particularly when seen from above.

There are some nice details too: little wing-like direction indicators on the roof channel airflow towards the rear and, when seen from the side, index exactly with the red lamp graphic below, leading the eye directly to the rear wheel. Note too the lamp ‘ears' on the hood top surface recently seen on other Nissan concepts, the slotted exhaust outlets mounted on the very corners of the rear bumper, and the positioning of the door mirrors high up on the A-pillar.