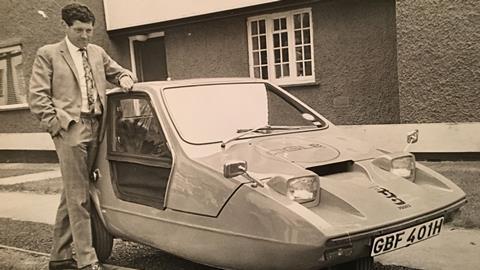 With the passing of Tom Karen in January 2023, the design world lost a true original. A talented industrial designer blessed with a boundless imagination, Karen designed the Reliant Scimitar, Bond Bug, Raleigh Chopper and Luke Skywalker’s Landspeeder to name just a fraction. Car Design News looks back at his life in design

‘Everything is about form’ said designer Tom Karen, who died at the age of 96 on New Year’s Eve. Karen’s remarkable and prolific career ran in parallel to Britain’s post-war manufacturing boom, first in the design studio of Ford and then as head of Ogle Design from 1962-1999. Karen was responsible for iconic vehicle concepts such as the sports estate (Reliant Scimitar GTE) and the budget three-wheeler (Reliant Bond Bug), which defined the period but were also decades ahead of their time in anticipating designs of today. 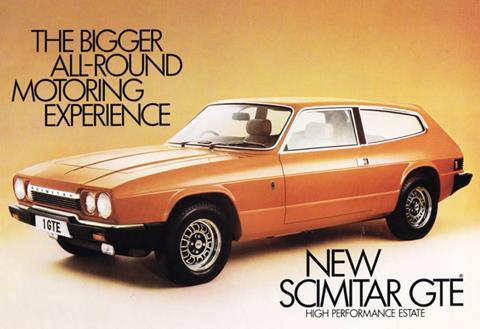 The Reliant Scimitar GTE emerged partly from Karen’s desire to design a car with the same visceral appeal as a Henry Moore sculpture. His first, and most successful car project, which was launched in 1968 and produced until 1986, the Gran Tourismo Estate changed the rules of car design by combining an estate with a sports car. The project started in 1962 under David Ogle, then Director of Ogle design.

After Ogle was tragically killed in a car accident, Karen was appointed head of the firm and continued to develop the relationship with Reliant. Over the years, under Karen’s direction, Ogle would produce many other vehicles for them, including the TW9 ‘Ant’, the Rebel, the Kitten, the Regal, the Bond Bug and of course the Robin. 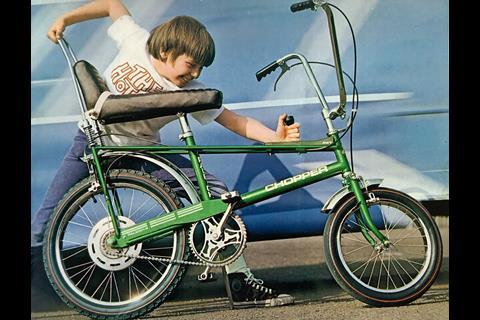 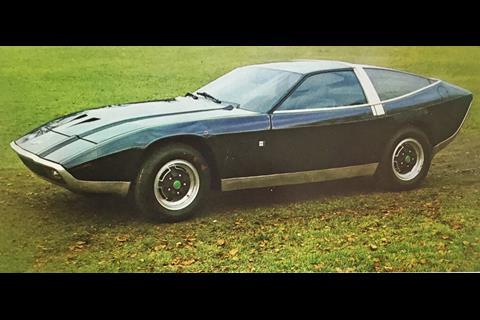 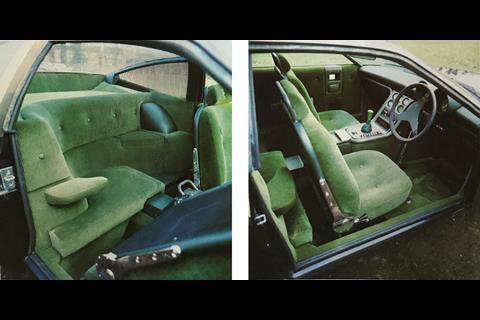 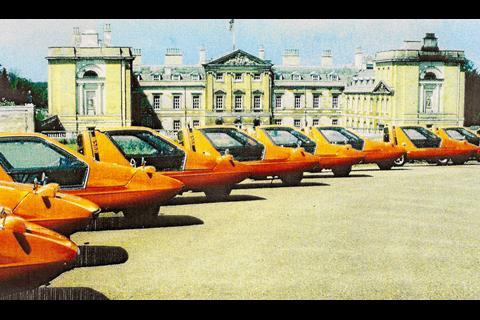 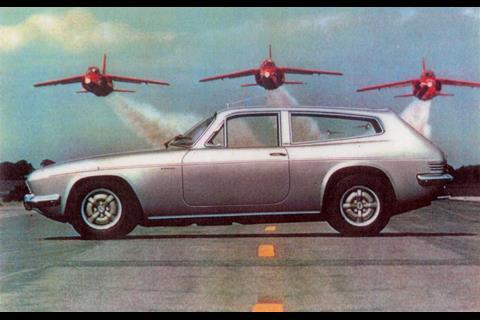 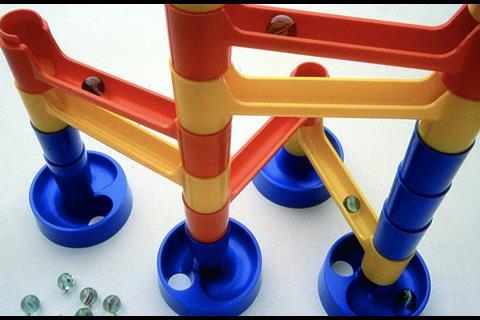 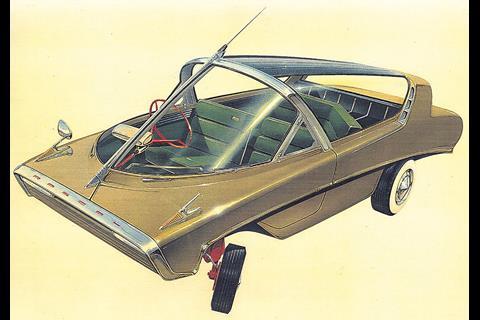 The Scimitar GTE established Karen as a designer to watch. The shooting brake emerged from refinements to the Scimitar that were designed to show off new, state of the art glass products and technology – the Scimitar Triplex concept car or GTS (glass top special). This one-off was sold to the Duke of Edinburgh, but later Reliant asked Karen to come up with a version for the general market. The key design move, which gives the car its character is what Karen described as the ‘rising waistline’, which made the car look exciting and powerful. He also rounded the corners and wrapped the sides around the back to give a more sculptural feel to the shape. At the back a large glass window acted as the hatch. In 1970, the Guild of Motoring Writers named it ‘Britain’s Most Beautiful Body’. 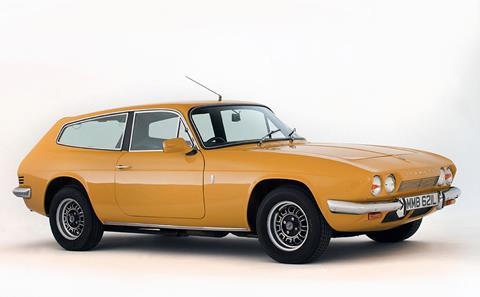 Alongside work for Reliant, Karen worked on some of Britain’s most characteristic post-war products, including the best-selling Bush Radio TR130 (1965), Raleigh Chopper (1969) and the plastic Marble Run (1970). Yet the designer’s first exposure to British culture only came in the summer of 1942 when he arrived as a teenager with his mother and siblings into Bristol airport. Seeking refuge from the Nazis, the Kohn family had travelled across Europe for three and a half years from their home in Brno, Czechoslovakia. 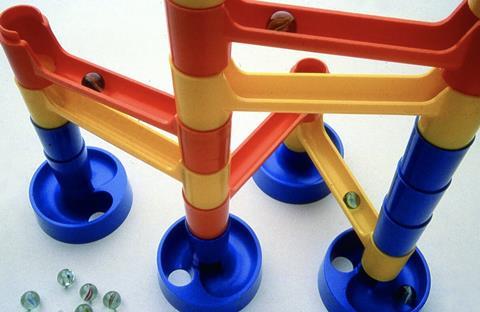 The Kohns had been wealthy, having made their fortune from the 1880s manufacturing bricks and cement and investing in property, while Karen’s maternal family were artistic – his grandfather Arthur von Ferraris had trained at art schools in Vienna and Paris. 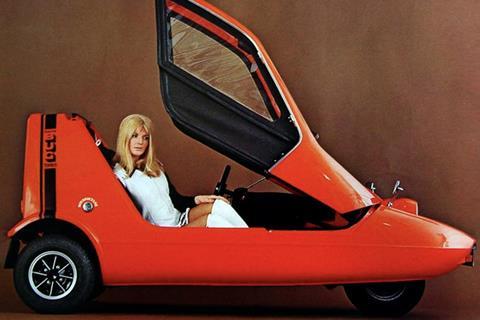 Not long after arriving in the UK, Karen was signed up for a three-year course in aeronautical engineering at Loughborough College. He claims to have learned English easily, although he spoke with a Czech accent all his life. He writes of feeling like an obvious outsider at college – being foreign, socially awkward and much younger than the other students. Yet he also spoke of the kindness of peers, and for the first time felt a sense of belonging. By 1948 Karen had changed his name and become a British citizen but it would be another few years before he discovered his gift as a designer. 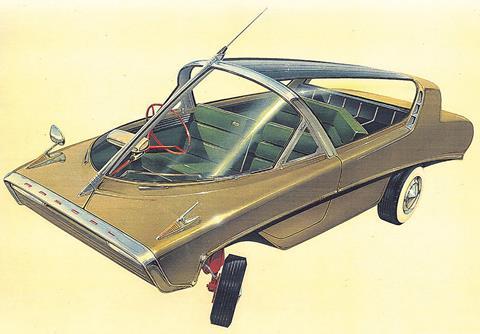 A solo project, the Rascal won the 1959 Institute of British Carriage and Automobile Manufacturers Award

While working as a technical illustrator at the Air Registration Board in Croydon, the 28 year old Karen used his spare time to design and build his first car in a friend’s workshop. ‘The Vimp’ was a three-wheeler with a light alloy stressed skin body, which could do 90 miles to the gallon and would cost less than £200 to manufacture. Although the design never came to anything, and the model didn’t survive, the Vimp was a chance to Karen to test some of the ideas that would define his later work – a commitment to economy, simplicity, sculptural form and ease of manufacturing. 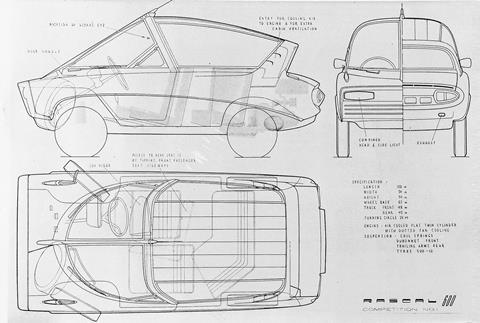 The Vimp also helped Karen realise that his ambition lay in design rather than engineering, and in 1955 he enrolled to study industrial design at Central School of Art where tutors included Douglas Scott, designer of the Routemaster bus. Before the end of the course, Karen had caught the eye of the head of the Design Studio at the Ford Motor Company, Terence Beckett. Cutting short his education Karen went to work at Ford in Dagenham, where he was promoted to the role of ‘advanced stylist’.

In 1958 in his spare time, Karen worked on a design for the annual competition of IBCAM (Institute of British Carriage and Automobile Manufacturers) and was awarded first place with the Rascal, a radical concept in the ‘baby car’ class. The award led Karen to being invited to be a Fellow of the Chartered Society of Designers and by 1959, he would be working for one of the leading design consultancies in Britain, David Ogle Associates. 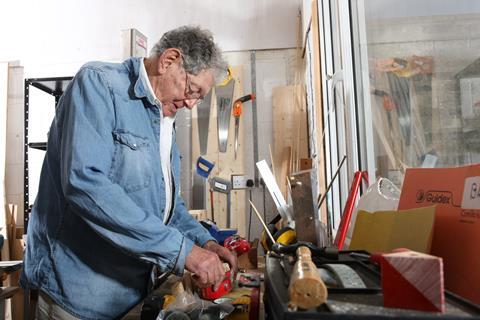 Tom Karen in his later years. The designer never lost his passion for design

In retirement Karen continued to pursue his love of toy design and craft, focusing his attention on young people by running workshops at Kettle’s Yard near his Cambridge home and making rockets and toys for his grandchildren. He continued to put forward speculative, visionary ideas to improve the world, such as the Floating City. In 2002 he was awarded the Prince Philip Designer’s Prize with a special mention for his work developing crash test dummies while at Ogle, and in 2019 he received an OBE.

Karen is survived by four children and an exhibition of his work continues at Museum at One Garden City in Letchworth until 10 March 2023 https://www.letchworth.com/museum/tom-karen-creations