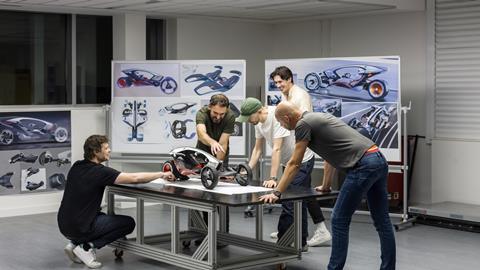 With exciting digital concepts like the eye-catching MAZE, SAIC Design Advanced London is the sharp end of the stick for the Chinese automotive giant, SAIC. Car Design News paid design director Carl Gotham a visit at the team’s Marylebone studio

Just off the Marylebone Road in a modern office block resides SAIC Design Advanced London (SDAL). On the ground floor is the MG showroom, the most storied brand of the myriad that sit underneath the expansive SAIC umbrella. The production models on display – the MG HS and its smaller lieutenant the MG ZS EV – are the foundation of the re-emergence of the 100-year-old British brand, commercially at least. 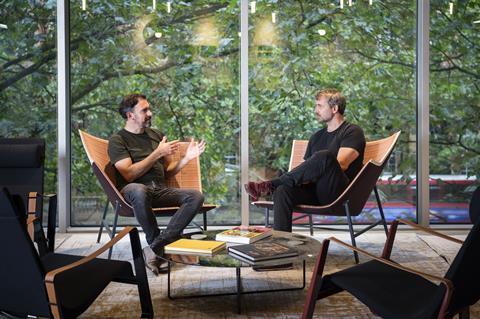 The cutting-edge design work, however, goes on upstairs. Led by Carl Gotham and Robert Lemmens, SAIC Design Advanced London is a buzzing space comprising some 25 primarily automotive designers but also UX and strategy designers, too. Gotham describes the studio as the “pointy end of the stick” intended to provoke with new concepts and ideas. Though the basement reveals some well-executed clay models, the studio operates in the digital space, across the China-focused Roewe and R brands. Its most high-profile work has been for MG with projects like the Cyberster. Designed in partnership with the Shanghai studio with SAIC’s design VP, Shao Jingfeng, the Cyberster marked a welcome return to the sportscar realm for MG. 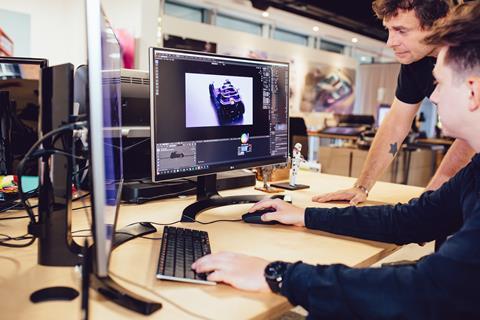 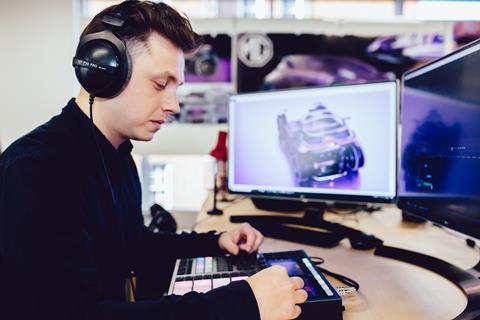 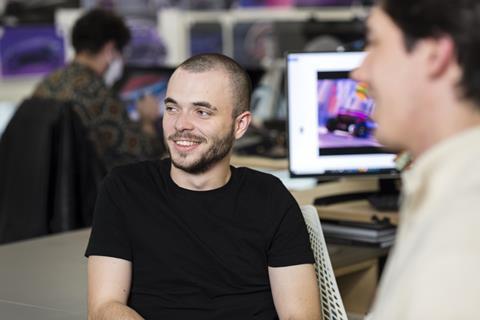 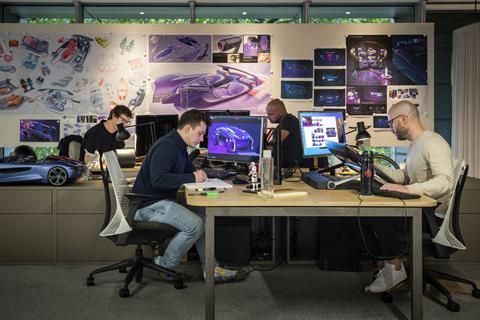 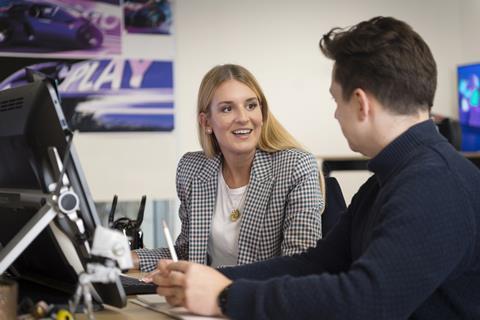 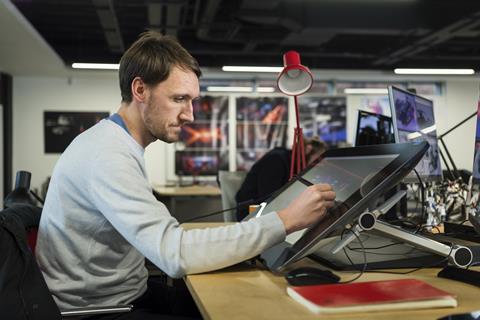 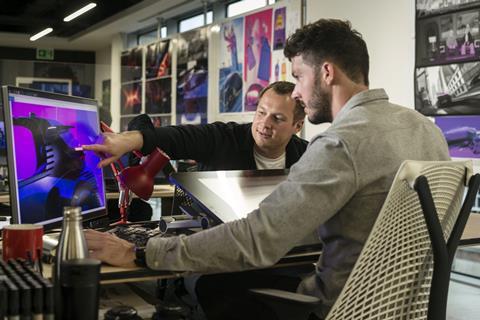 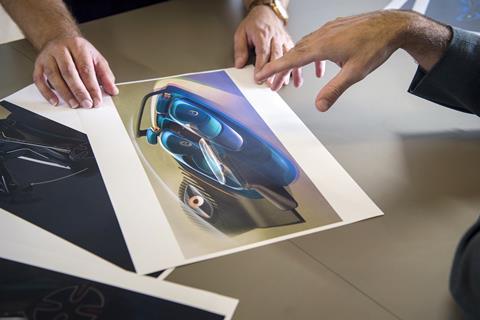 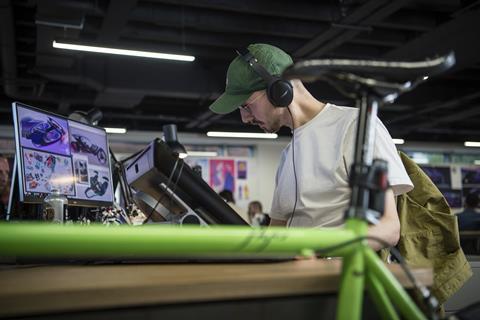 SDAL’s most recent project, MAZE, was hatched as a response to the confines of the pandemic and explores the brand DNA still further, drawing on core principles to reinvent it for a new era. “We wanted to look at how we could cross over with the gaming industry. During lockdown, there has not been that ability to escape, other than through a screen,” explains Gotham. “One of the early taglines we had was ‘get out and play’ and that message remained pretty consistent throughout the project,” says Gotham. “In addition, gaming is this huge industry that is quite broad in terms of class, gender and age and so forth. For me, it really speaks to the spirit of the MG brand.”

What evolved from this start point was a B-segment two-seater that sits at an interesting cross-section between product design, games console, living room and street racer. Deliberately playful, drawing on the console metaphor, Gotham likens the MAZE to a Nintendo Switch rather than an Xbox – early mood boards depict cartoonish characters in a tiny city pad and huge TV screen – a set up most younger members of the team are very familiar with. 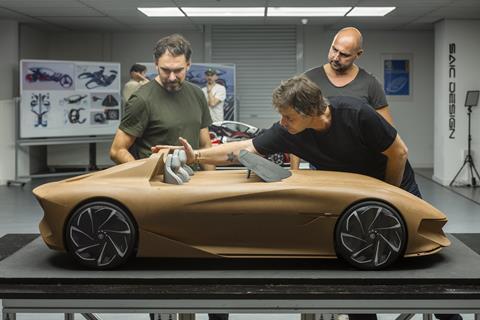 “The question was, how do we get people to escape from that scenario and explore their city.” So, MAZE began as a way to explore street fashion and art across London but evolved into something much broader where users could engage with their city on both physical and digital realms, racing through the streets to collect hidden Easter eggs that can only be accessed through the car. To that end, the cockpit is accessed through the front of the car, like the proverbial gaming couch, while the roof/door is a polycarbonate canopy, which works like a viewing gallery and interactive screen. Other nods to the gaming world come in the form of the exposed componentry of the GPU and CPU built into the roof that echoes the potent gaming desktops preferred by the serious enthusiast. 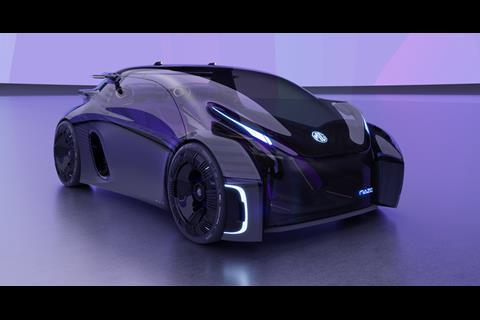 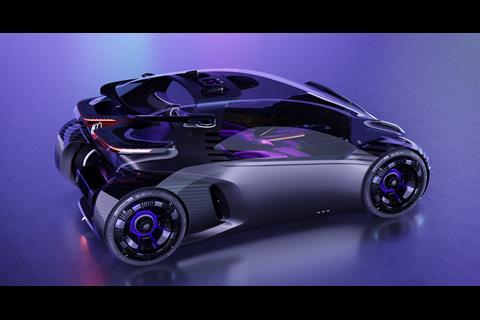 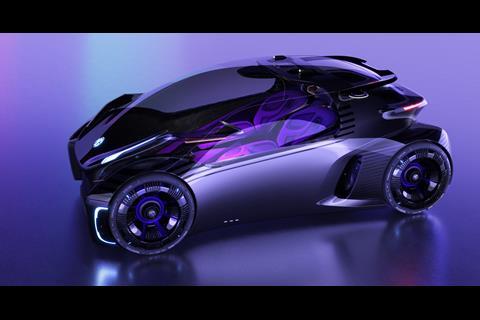 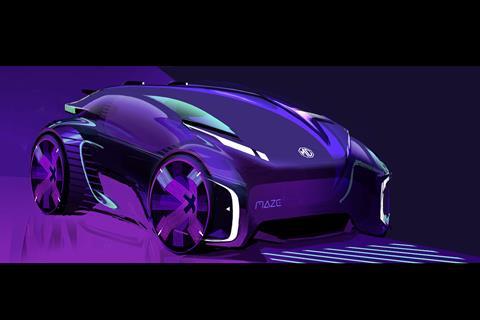 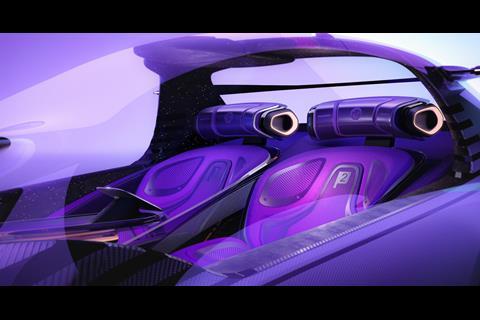 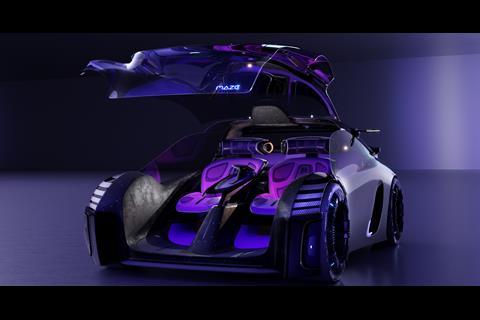 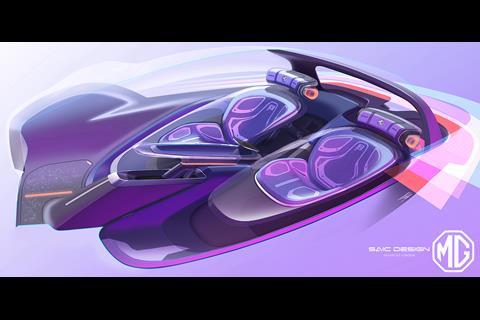 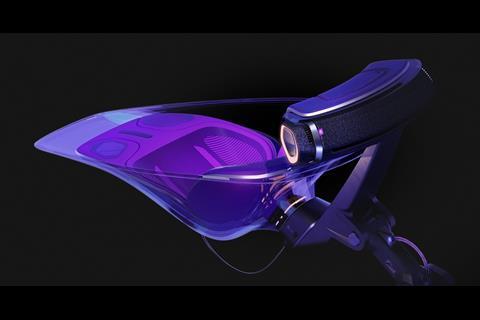 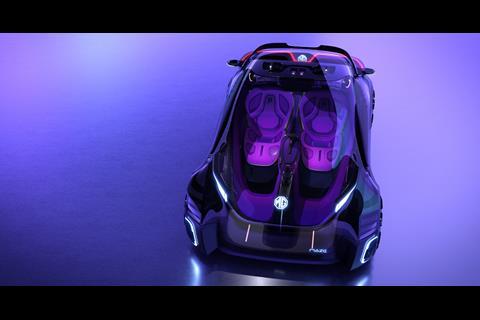 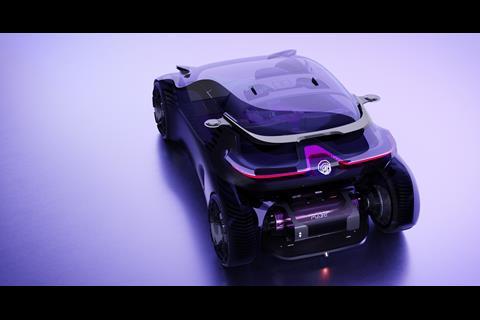 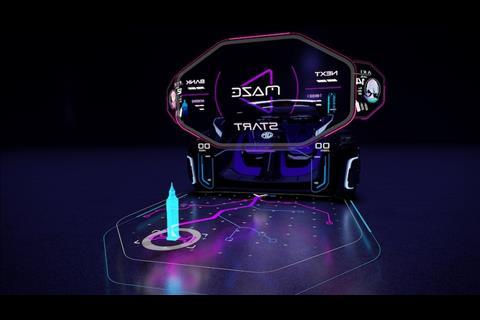 With no dashboard, the seats, which move forward to meet you as the canopy rises, are the main event. Labelled P1 and P2, (“we always referred to them as players rather than drivers,” Gotham says), they explore a zero-gravity theme topped off by technical fabrics that resemble streetwear, another reference to the urban environment. “We have been playing with the transparency and structure to give this lightweight feeling. You’re not necessarily anchored to the car; your seat is independent of the space in this floating bubble.” 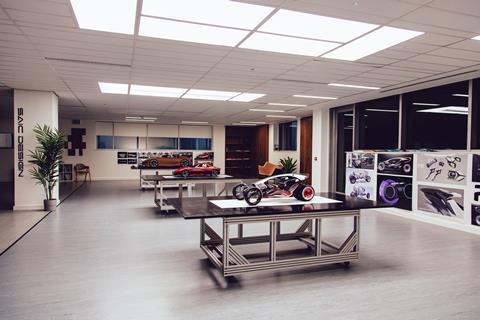 The exploration, community and gaming aspect fed into the UX allowing the design team to push beyond the established boundaries of the digital world. “One of the restrictions of having screens is getting a dynamic and deep 3D feel to a user interface is quite difficult,” Gotham explains. “With MAZE, we were able to put the map on the road in front of you so that you are completely immersed in the landscape.” 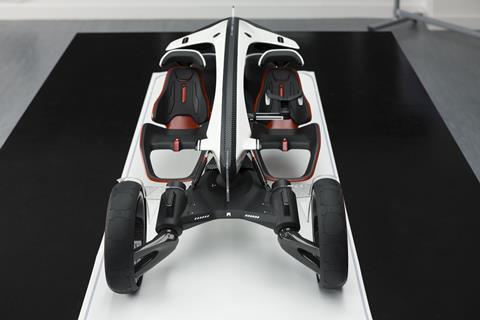 Taken as a complete project, MAZE is a strong illustration of the studio’s steady evolution from an extension of head office to independent operation. The Maze is the first project which has been fully executed by the London team. It feels apposite – SAIC Design Advanced London recently celebrated its three-year anniversary, and the Maze feels very much a project born of the studio’s location.

For Gotham, the devil is in the details. “It was important that the execution was of a very high standard because what we’re playing with here is quite a fresh and new idea that could come across as quite naive. We are always trying to balance two worlds: being provocative while being respectful of the MG brand’s legacy and ethos.”

Overall, one is left with the impression this is just the beginning for the studio. With projects like MAZE and RYZR, the design teams have pushed the envelop in terms of mobility, successfully joining the worlds of gaming and automotive design. On this evidence, the studio will continue to explore interesting new narratives for mobility design. 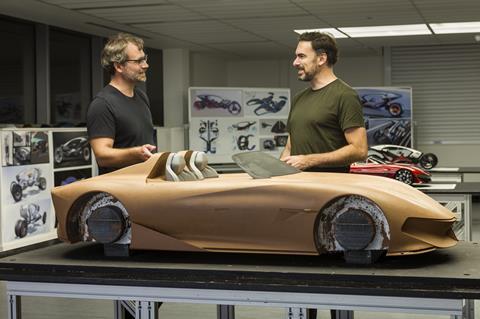