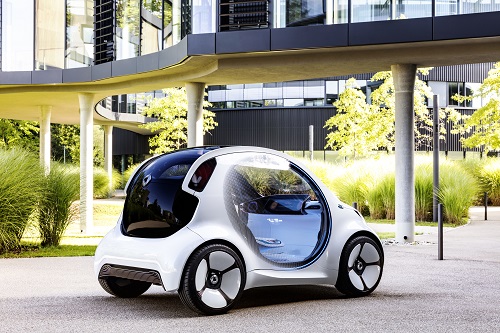 A concept for a Smart of 2030, the Vision EQ ForTwo needs neither steering wheels nor pedals: its Level 5 full autonomous-drive capabilities mean that its interior can be thoroughly rethought. “In the Mercedes-Benz F 015 [IM: Spring 2015] we had a steering wheel and pedals, so you could choose to drive,” says Arthur Gängler, Daimler advanced digital designer. “Here, it’s about going from A to B. The target is the destination, not the driving. Take the pedals and wheel away, and people can concentrate on other things.”

This is more than just an exercise in in-car information and entertainment for the autonomous age, however: the Vision EQ ForTwo represents a wider outlook on future mobility and extensive research within and beyond Daimler. “We talked with architects, city planners, people working on AI, to create pictures of future cities, to understand what mobility and cities will look like in the future,” explains Dr. Marianne Reeb, head of Daimler’s Research for Society and Technology group. “In 2025 we’ll be at the point where costs will make [commercial] sense for fleets of autonomous cars. Beyond 2025, with autonomous driving in shared fleets, car-sharing will become much more commonplace. See these things [autonomy and sharing] together, and from 2025 on we have a revolutionary development of mobility.”

The Vision EQ takes the existing car2go car-sharing concept several stages further, too, thanks to its autonomy plus swarm intelligence: it can be summoned to meet its passengers, aided by predictive data on where demand is likely to be; it can take itself off to dock for battery-recharging;and it can feed electricity back to the grid if required. It’s also designed to be hailed by individual ride-sharers who may not already know each other. 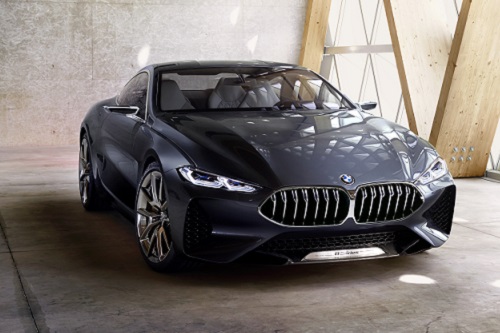 The Concept 8 Series, seen first this summer at the Concorso d’Eleganza at Villa d’Este, Lake Como, was not one of the ‘Hommage’ cars BMW usualyl showcases at this event but gave a very clear hint at an upcoming model: “86 percent true to the production car,” joked BMW Group chief designer Adrian van Hooydonk at the event, pointing out that the 8 Series also represented how “we will completely change the face of the brand.” And it gave further context to BMW’s ongoing design development when we saw it again at the Frankfurt motor show in September, alongside the subsequent Z4 and X7 concepts. “We are launching a new design era at BMW Design,” said head of concept cars Marc Girard, speaking to IM in Frankfurt, “and of those three cars, the first one, 8 Series, is there to display and precommunicate the new form language of BMW, in exterior as well as interior design.” 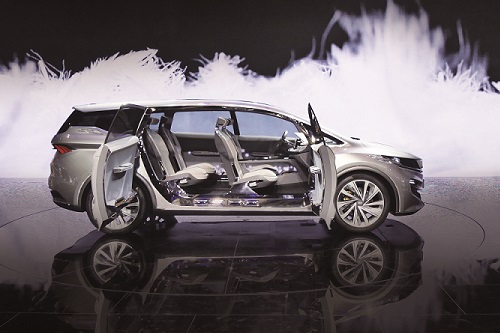 The MPV Concept represents over 30 months of work by Geely Design China to research and explore the needs of modern MPV buyers. At a time when SUVs and crossovers have come to dominate the family car sector, there’s still a place for MPVs, Geely believes – but only as long as they have the right design values.

“We went through multiple rounds of consumer clinics,” says Guy Burgoyne, head of Geely Design China. “We found that the majority of potential consumers wanted a dual-use vehicle, they wanted something that would satisfy their professional life from 9-5 Monday to Friday, and also satisfy their free time, whether family life at the weekend, going from dance class to football to picnics or socialising with friends, or enjoying time together having adventures as a group. But they also were not willing to compromise: they did not want a large box on wheels.”

In addition, the Shanghai studio was tasked to come up with a concept that was authentically Chinese and identifi ably a Geely, but which took a new approach in terms of digital connectivity. 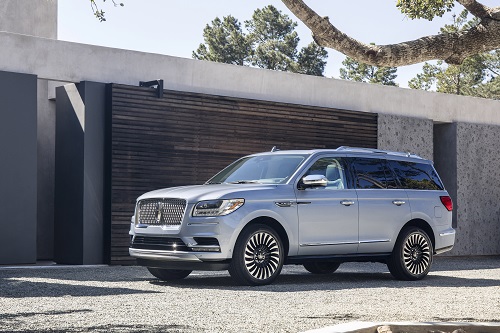 At its debut in July 1997, the Lincoln Navigator effectively opened an entirely new market sector for full-sized luxury SUVs, bigger and more highly specified than anything else available at the time from a mainstream US manufacturer. The Navigator proved immediately popular, and it took a while for its archrival the Cadillac Escalade to catch up, but GM has since taken the majority of sales in this sector and a comprehensive rethink was demanded for this fourth generation model. The Navigator Concept made a dramatic impression at the 2016 New York motor show, with its interior particularly striking, and many of that show car’s distinctive features and highlights are now seen in this 2018 production model, which made its debut in New York earlier this year. 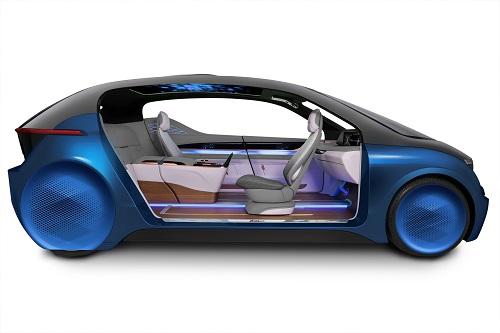 “Just in the last six months, the number of requests from our OEM customers to talk and brainstorm on the impact of shared vehicle interiors – how they will change and adapt – is exploding,” says Han Hendriks, chief technology officer, Yanfeng Automotive Interiors (YFAI). “We’re all used to designing around a vehicle experience that’s based on several years of ownership, but now the experience is going to be a 20-minute ride. We need to design a car for 4000 users, instead of four.” YFAI’s XiM18 concept, launched at the Frankfurt motor show, explores how interior design can address the disruptive changes brought by autonomous-driving technologies, shared mobility services, and new business models.

The XiM18 builds upon the XiM17 seen in Detroit earlier this year, and again features a four-mode cabin as per a typical compact crossover with its seats and a split, two-piece centre console all mounted into rails. This allows the interior to be reconfigured into ‘driving’, ‘lounge’, ‘meeting’ and ‘family’ configurations. Both XiM demonstrator cars were developed as part of a rolling research and development programme, says Tim Shih, YFAI’s new global vice-president for design. “We spend a year doing research: talkingto customers and consumers, researching technology and trying to understand the landscape of the future. Then we spend the year after that developing concepts for those scenarios.” 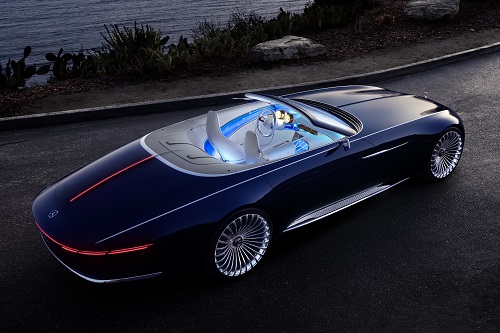 Used for communication, decoration and brand diff erentiation, interior lighting technologies are undergoing rapid development and becoming more diverse. For automotive designers, this increases the possibilities both in terms of creating aesthetic appearance and user experience. Lem Bingley and Farah Alkhalisi round up the latest news and views on illumination