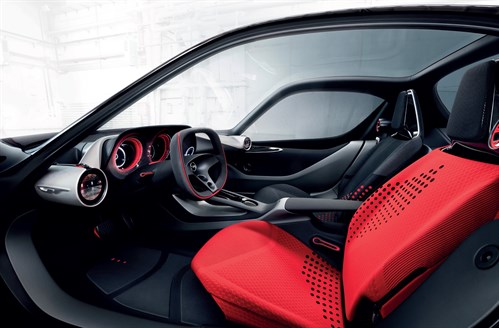 Opel hasn’t grabbed many motor show headlines in recent years – aside from its wellreceived 2013 Monza concept, it’s been quietly getting on with revamping its production range. However, Geneva 2016 saw its GT Concept not just making the news, but arguably stealing the show. This deceptively diminutive two-seater charmed all the design professionals we chatted with at the Swiss show, both for its bold exterior bereft of a beltline, and for its simple but striking interior. 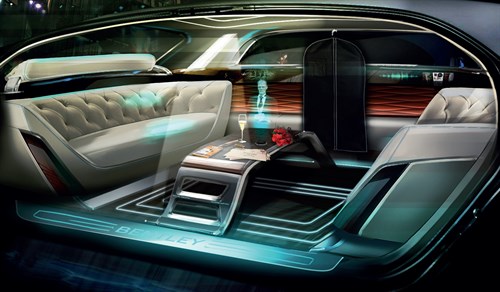 The traditional motor show circuit is well-established and, some may say, growing increasingly outdated: today, technology trade fairs are becoming at least as important to the car industry. A series of shows, including Mobile World Congress in Barcelona and IFA in Berlin, kicks off each year in Las Vegas with the Consumer Electronics Show (CES), which this year perfectly demonstrated how the boundaries of cars and tech are blurring. Joe Simpson takes an in-depth look at the technologies influencing interior designs of the future, and the current trends and themes in this sector.

The build-up to Faraday Future’s launch at CES saw the new company communicating how it planned to completely rethink the user relationship with mobility, and the very fundamentals of what we consider a car to be. Thus many commenters, not least Car Design News, were surprised when an ostensibly predictable race car concept was unveiled in Las Vegas. Yet the story behind the FFZERO1 and the ideas it showcases are intriguing – not least because it was a side project developed in evenings and at weekends, whilst the Faraday design team continued with their primary aim of creating a new brand and a range of production vehicles.

It’s quite rare for a design to enter production with the purity and simplicity of the original conceptual vision preserved and uncompromised, but Volvo’s interior team are happy that this has been achieved with the latest S90 sedan. This is no doubt due to very strong guiding principles and a clear philosophy from the outset of the project, a programme which has so far yielded three concept cars as well as the XC90 SUV, the S90 itself, and the V90 wagon. The trio of show cars – Concept Coupe, Concept Estate, Concept XC Coupe – signposted the way, explains Robin Page, Volvo vice president for interior design. “Those concepts were really set up to explain to the world the new design language for Volvo. And because you can do concept cars much quicker, in parallel to the work we were doing on the S90 we were working on the concept cars as well.

“The strategy was that those concept cars set our design language, and each car that we bring out from the XC90, S90 and the cars that follow all take a little bit more out of the concept cars every time.”

With the three concepts, Volvo’s commitment both to its Swedish heritage and to a distinctively Scandinavian take on quality and luxury were clearly exhibited, with a focus on natural materials, light and organically-inspired colours, and an emphasis on clean, uncluttered surfaces. The debut last year of the XC90 showed first how this has been infused into Volvo’s latest generation of production models, and the S90 has now gone a stage further with the addition of a number of new elements. 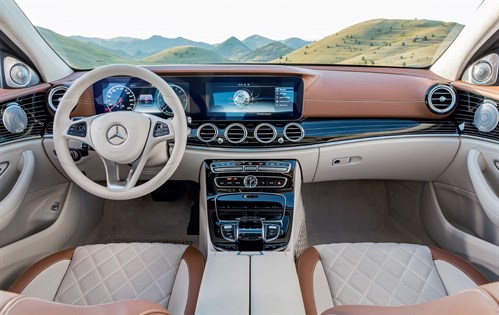 How important is this car? “E-Class is the heart of the company,” said Thomas Weber, director of research and development, speaking at its Detroit motor show debut earlier this year. “And it is perfect for innovation.” While from the outside the tenth-generation E-Class is more evolution than revolution, step inside and its technology, materials and overall appearance are more strikingly new. The IP with its dual high-defi nition displays – twin 12.3-inch screens laid side-to-side across the fascia – is just the start: it’s as much the way these have been integrated into a harmonious whole that marks the advance this time around. 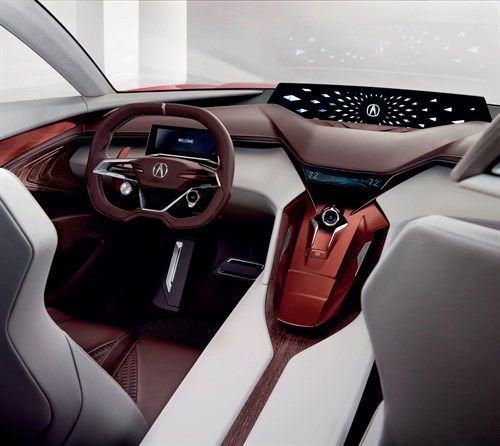 The Precision concept is the first Acura model unveiled since design manager Jon Ikeda was promoted to vice president and general manager of Honda’s Acura division. Just as both Lexus and Infiniti appear to have gained a new-found confidence and are forging a more distinctive identity from their mainstream parent brands, so too is Acura diverging from Honda, and the Detroit motor show saw a new concept to define where the brand is going next in terms of design.

Global creative director Dave Marek explains that Acura has not done many concepts in the past. “The NSX [sold as an Acura in the USA] was the last concept car, and that was four years ago. Before that it was the Acura sedan concept – ten years ago. Once we decided to make Acura a stronger brand we thought how we can do this, how to promote it, and the best way to show it.” Work on the Precision began at the Acura studio in Torrance, California, at the beginning of 2015, with interior and exterior teams working concurrently.