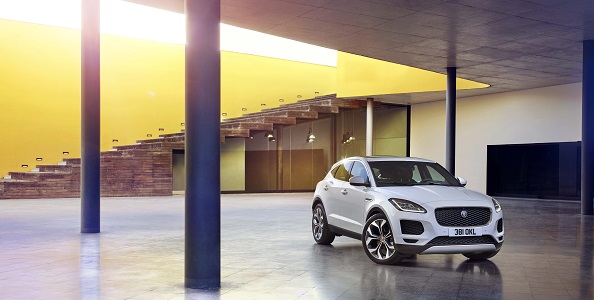 “It’s a demanding project, a car of this size and shape,” says Jaguar design director Ian Callum. The ‘X540’ E-Pace will be priced and positioned right in the heart of one of the fastest-growing and mostcompetitive market segments when it goes on sale early next year, and while a premium-brand product, it has to be built to a price (from around £28,500, in the UK). This means it must make its mark using mainly existing components – just under 4.4m in length, it shares its platform with the Range Rover Evoque and Land Rover Discovery Sport – plus, of course, sound thinking and attractive design.

Nonetheless, with the larger F-Pace SUV signed off, the Jaguar design team were able to capitalise on that experience. “The SUV was born out of practicality,” says Callum. “We accept that it has taken a bit of a culture change for us – and we wanted to get on and do another.” 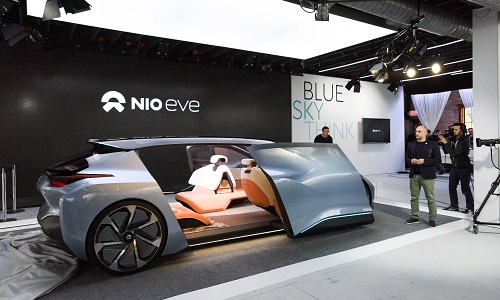 “Nio’s Chinese name is ‘Weilai’, which means ‘blue sky coming’”, says vice president of design Kris Tomasson [above]. “This represents an inherent optimism about the future, a way of working and looking at the future of the car.” Having made headlines and broken speed records with its electric supercar, the EP9, the new Chinese-backed start-up unveiled its next project at the South by Southwest (SXSW) tech festival in Austin, Texas. The Eve was conceived with three purposes, Tomasson says: to showcase the new Nio brand’s design DNA; to introduce Nio and its vision to the US market; and to propose a new vision for what a car could be. 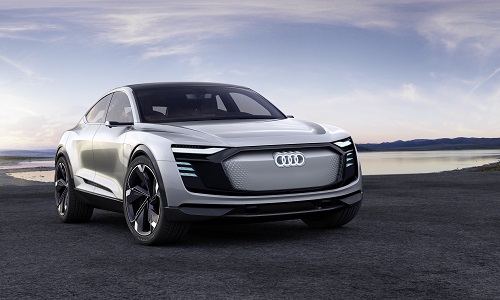 Though billed as a concept car, the e-tron Sportback as seen at the Shanghai auto show is said to be 80 percent true to the production model scheduled for 2019. A sportier alternative to the more conservatively-styled e-tron Quattro, the Sportback‘s all-electric powertrain has enabled certain exterior proportions, such as its low and pointed nose, as well as a spacious interior and large luggage capacity. As with the exterior, the cabin has detailing and surface treatments which appear to define a specific e-tron styling language. 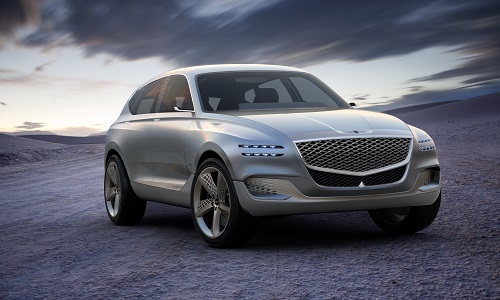 “It was deliberate from us not to brag, not to make a science-fiction appearance and then not deliver afterwards,” says Luc Donckerwolke, head of Genesis design, emphatic that the GV80 Concept as seen at the New York motor show is very close in design terms to the upcoming final-prodiction model, the first SUV for Hyundai’s Genesis brand. “Our goal was not to do something amazing and then not be able to execute it: it was making sure that we deliver a picture of what is happening at Genesis at the moment.”

In developing the GV80 Concept, Donckerwolke and his long-time colleague and collaborator SangYup Lee, now VP for Hyundai and Genesis design, have had to first set out the agenda for the new brand’s design language, which is guided by the theme of ‘athletic elegance’, and underpinned by what they describe as the ‘three pillars of the brand’. “These are that we are audacious, we are progressive, and we are distinctively Korean,” says Lee. “I think those are very important words… and I like the word audacious. Being a luxury brand, if we are not audacious, there is no chance! We want a completely different approach; basically, that’s the way we make ourselves special, make a desirable car apart from the competition.” 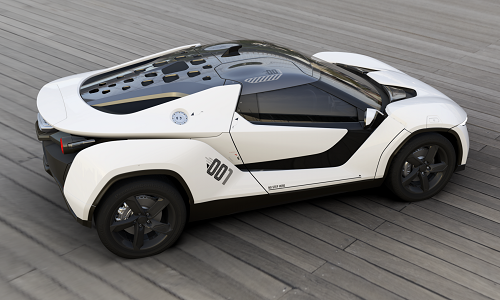 The TAMO Racemo is the first vehicle from Tata Motors’ new sub-brand. Conceived as a more agile, flexible and youthful line-up, TAMO is “designed to really delve into new models of mobility”, says Tata’s head of design Pratap Bose. “Tata Motors is the oil tanker; TAMO is the speedboat.” Seen in Geneva alongside the track-only Racemo+, developed for the Forza franchise, the road-going Racemo will be built in an initial 1000-unit production run for the Indian market. “We designed Racemo with a certain customer in mind,” says Bose, “a 25-year-old digital native, used to a fast-paced life, hungry for technology and hugely ambitious. We want this car to be the poster car for a generation.”

The Racemo project began when Bose visited Tata’s studio in Turin in early 2015. “There was a sketch of Racemo on the wall,” he says. “It was incredible, and I said, ‘why don’t we make this?’. So we got a 1:1 foam model built, wrapped in it vinyl and it looked amazing… and we thought, ‘we need to show this to management’.” In May 2015, the Tata management saw the concept for the first time. Bose remembers: “We put on a show for them, made a real impact with the presentation, and they came away saying, ‘is there any reason why we’re not building this car?’. So that was it! We took the sketch to a production concept in 24 months.” 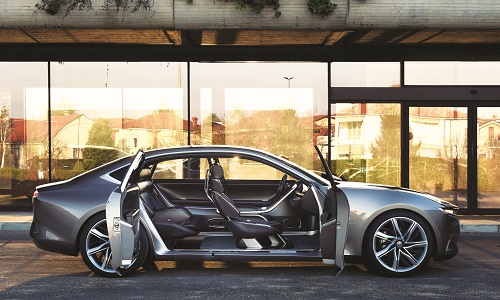 The H600 concept was presented at the Geneva motor show a week after the announcement of a trade agreement between Pininfarina and Hong Kong’s Hybrid Kinetic Group Limited. Pininfarina is to support Hybrid Kinetic (HK) in developing a series of electric cars from styling concept and engineering development, through virtual and physical validation for series production, in a 45-month programme, through virtual and HK cars to make its debut, the H600 features a range-extended electric powertrain with micro-turbine electricity generation – and a handsome, understated design on Pininfarina’s usual template of clean, simple surfaces and classical proportions.