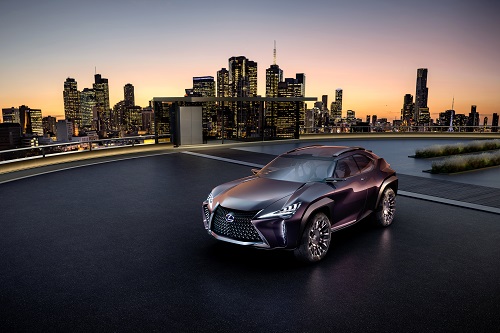 We don’t get a brief as such,” says Lance Scott, manager at Toyota’s European studio, ED2, near Nice in the South of France. “We create our own brief for what we want to achieve in a show car – it comes more from design than from product planning.” This open invitation led to a Paris show star, developed around well-intellectualised and well-resolved themes of ‘inside out’ and deconstruction.

A four-seater high-riding crossover, the UX Concept is designed to appeal to a particular demographic: digitallyconnected, style- and tech-conscious young urbanites. “The compact market is booming and we wanted to do a more compact SUV than the NX,” says Scott. “We aim to be the most progressive premium brand, to really try to push the boundaries through design. Technology is important, but so is design.” 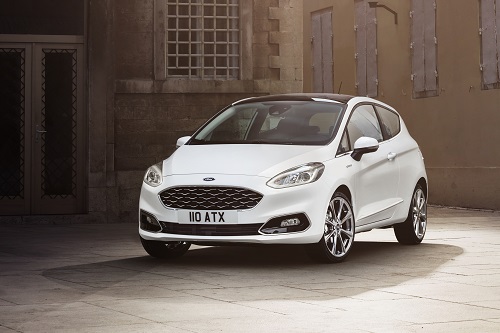 When Amko Leenarts joined Ford in 2012 as director of global interior design, he was asked to make fundamental changes, and following his first car for Ford, the GT, this Fiesta is his new baby and his first mainstream model for the brand. “Such a B-segment car obviously isn’t the easiest occasion to apply a new approach: budget and safety boundaries are far stricter compared to the GT,” he says. “Fiesta is crucial for Ford. I mainly entrusted the project to our Cologne studio, because Fiesta is very much a European product. They also took care of the previous Fiesta, and probably are the strongest in delivering a vehicle which breathes quality.”

At the start of the project, the Cologne studio was allowed a relatively free rein: “I didn’t really give a briefing, that’s too military,” says Leenarts. “To me, the entire process counts. I’m not a kind of god who already has the ideal interior in his head – otherwise, I would just sketch it and we’re done. That’s not a fruitful creative process. I would rather let my team surprise me with something way better.” 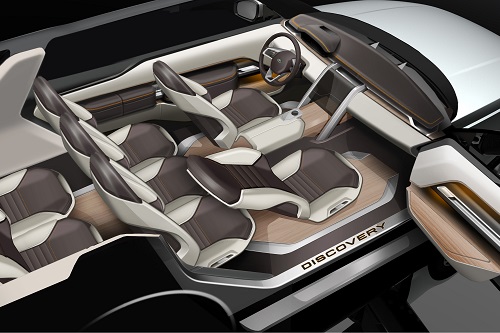 As car interiors become ever more technologically-intense and digitalised, it’s easy to overlook the importance of something seemingly relatively analogue in the human-vehicle interface: the very seats that drivers and passengers sit in. The design of seats is not only vital for the comfort and well-being of a vehicle’s occupants, but an integral factor in the design and engineering of a vehicle as a whole: Nick Gibbs, Farah Alkhalisi and Karl Smith take a look at the latest developments. 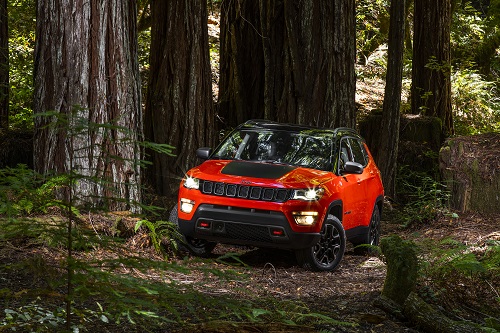 The creation of an all-new car comes with considerable challenges – defining a new package on a new platform, continuing a brand’s form language established on other cars in different segments, exceeding the end user’s expectations, and so on. This becomes doubly hard when the vehicle has to replace two existing models which have met the needs of very different customers – the task faced by the Jeep design team when the decision was made to replace both the rugged Patriot and the previously road-biased Compass with a single vehicle.

The all-new Compass also arrives at a time when buyers worldwide have developed a seemingly insatiable appetite for C-segment SUVs. As a result, the design team has taken its time to refine this model, and to develop its new identity as the ‘baby Grand Cherokee’. 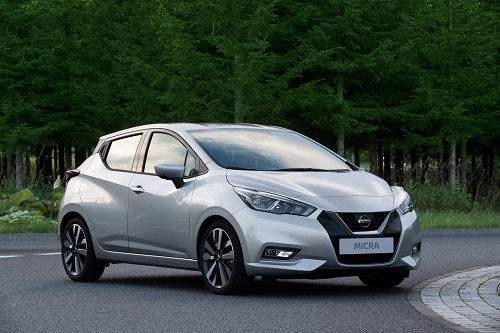 The fifth-generation Micra subcompact is a critical car for Nissan: while the brand established itself as a key player in the European crossover market with its sector-defining Qashqai, following up with the Juke and then the latest-generation X-Trail, it has not had a competitive offering in the high-volume B-segment for a long time. “We wanted to bring the success we have in the crossover market into the hatchback market,” explains Mamoru Aoki, Nissan’s executive design director. “It’s a very competitive segment now where all the OEMs are very strong. So, to compete, both interior and exterior have to be competitive, and that’s why we made such large proportion and engineering changes from the last Micra.”